The Philippines has one of the most dynamic economies in the East Asia and the Pacific region. With increasing urbanisation, a growing middle income class, and a large and young population, the Philippines' economic dynamism is rooted in strong consumer demand supported by improving real incomes and robust remittances. Business activities are buoyant with notable performance in the services sector (including business process outsourcing), real estate, and finance and insurance industries.

June 2016
Rodrigo Duterte was elected president and announced a hard-line crackdown on drugs. He also suggested that he might pivot from the United States to Mainland China.

May 2017
Martial law was imposed on the island of Mindanao after fighting erupts between security forces and Islamic State-linked militants.

May 2019
The 2019 Philippine general election was held on May 13, 2019. The winners took office on June 30, 2019, midway through President Rodrigo Duterte's six-year term. The election saw 12 seats in the House of Representatives, as well as all seats at the senate, provincial, city and municipality level contested.

September 2019
In September 2019, Philippines reformed the corporate tax system through the Corporate Income Tax (CIT) and Incentives Rationalization Act (CITIRA), which would reduce CIT from 30% to 20% over a 10 year period as well as introduce specific tax incentives for capital expenditure and labour up-skilling.

December 2019
The Asian Development Bank (ADB) approved a USD200 million loan for the preparation and execution of various development projects in the Philippines. The loan would support detailed engineering design of the Bataan-Cavite Interlink Bridge Project and the Metro Rail Transit Line 4 linking Ortigas in Metro Manila to Taytay in the province of Rizal, among other works.

February 2020
On February 11, the Philippines notified the United States Embassy in Manila on their decision to terminate the Visiting Forces Agreement (VFA) and that the agreement would end in 180 days, provided the decision was not reversed following bilateral negotiations that were scheduled for March 2020. The termination does not spell the end of military relations between the long-term allies, with the long-standing (August 1951) Mutual Defense Treaty (MDT) and more recent (April 2014) Enhanced Defense Cooperation Agreement (EDCA) both still in place. The VFA, which came into effect May 1999, allowed military personnel from either country visa or judicial privileges, amongst other benefits, as well the United States the right to operate vessels and aircraft in the Philippines freely.

February 2020
Angat Hydropower Corporation awarded GE Renewable Energy a contract for the rehabilitation of 218MW Angat hydropower plant in the Philippines. The facility, located on Angat River, was commissioned in 1967. Under the deal, GE Renewable Energy would supply two new 50MW Francis turbines, four new 50MW generators as well as three new upgraded auxiliary turbines and generators. The firm would also be responsible for assessing the penstock, the powerhouse and providing a new control system. GE Renewable Energy would collaborate with local partner DESCO, which would install and commission the plant. The upgraded plant was due to start operations in 2023 with an increased output of 226.6MW.

April 2020
Work on the new passenger terminal building of Clark International Airport was progressing as scheduled despite the enhanced community quarantine in Luzon, Philippines. Contractor Megawide GMR Construction Joint Venture (MGCJV) stated that work was now 96% complete with only minor works remaining. The new terminal was expected to increase airport's annual passenger handling capacity from 4.2 million to 12.2 million. MGCJV won the construction package in December 2017 by submitting a bid of PHP9.36 billion (USD185.37 million) under a hybrid public-private partnership scheme. The new terminal was expected to be delivered before July 31 2020.

April 2020
The government announced a PHP27.1 billion fiscal package (about 0.15% of 2019 GDP) in response to the Covid-19 pandemic, which comprised, among other areas, support to the tourism and agriculture sectors. Financial assistance would also be provided to affected SMEs and vulnerable households through specialised microfinancing loans and loan restructuring. 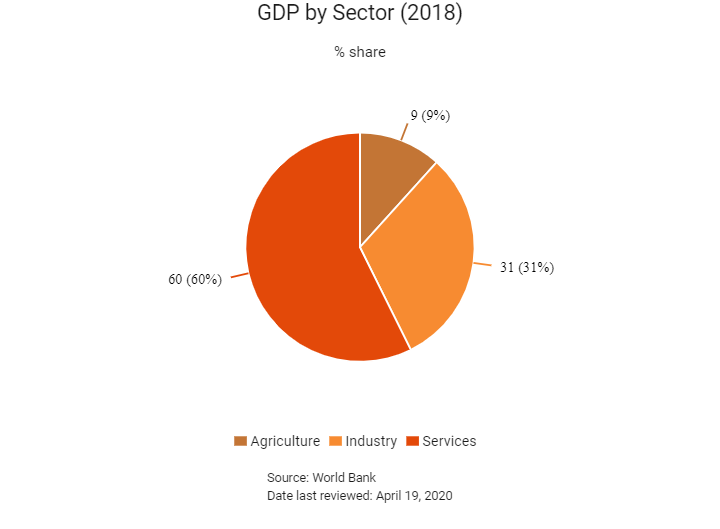 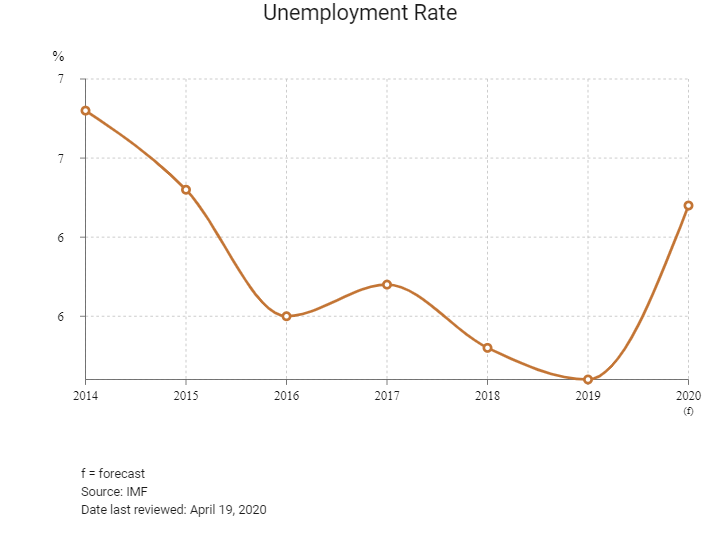 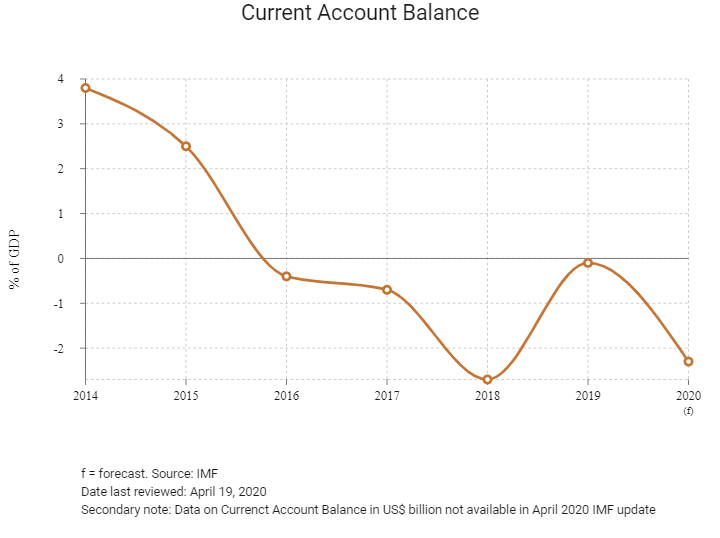 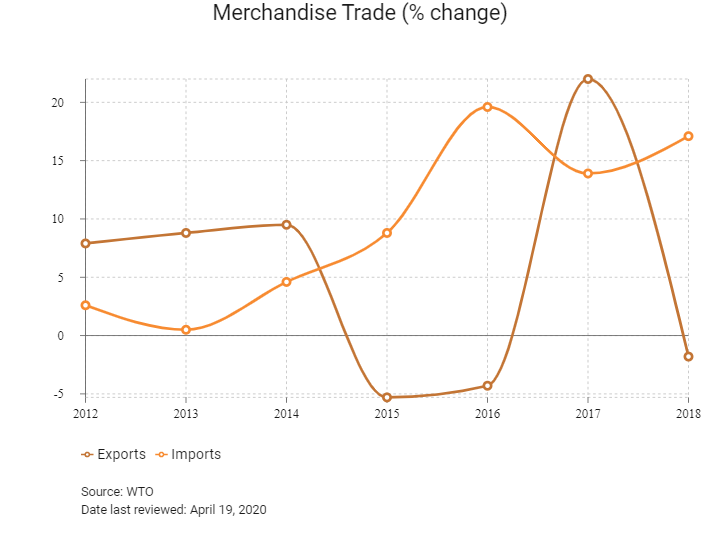 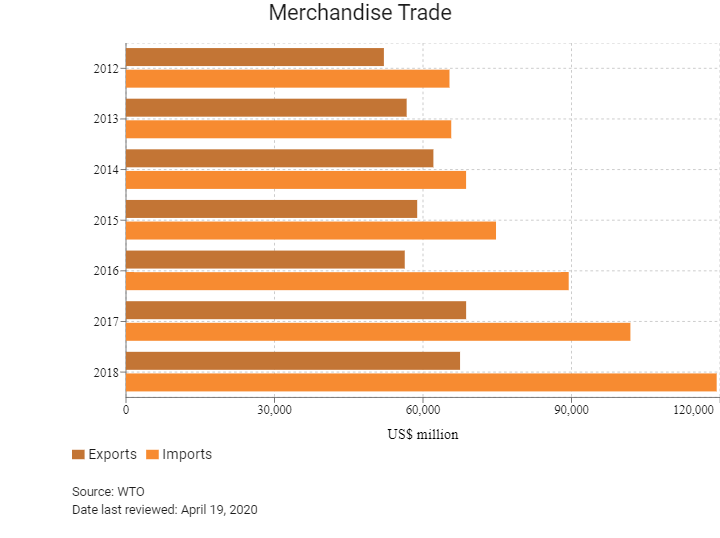 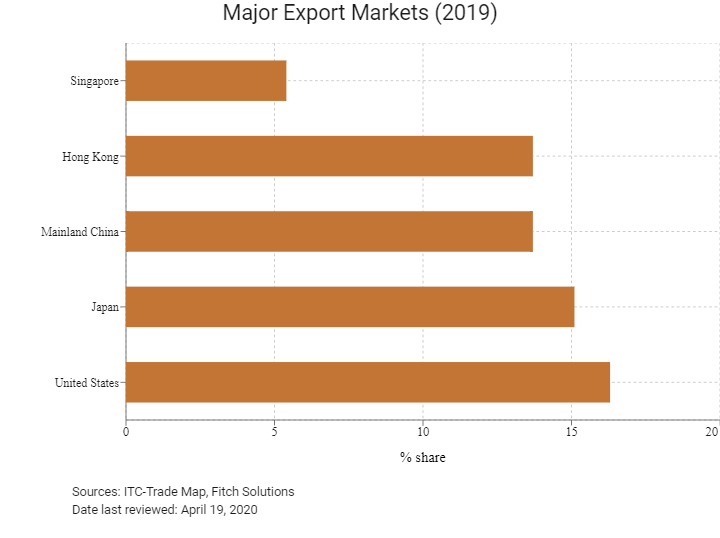 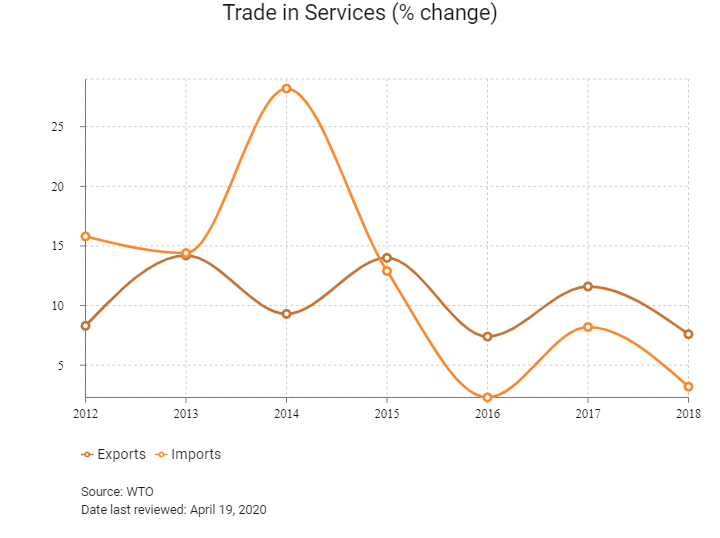 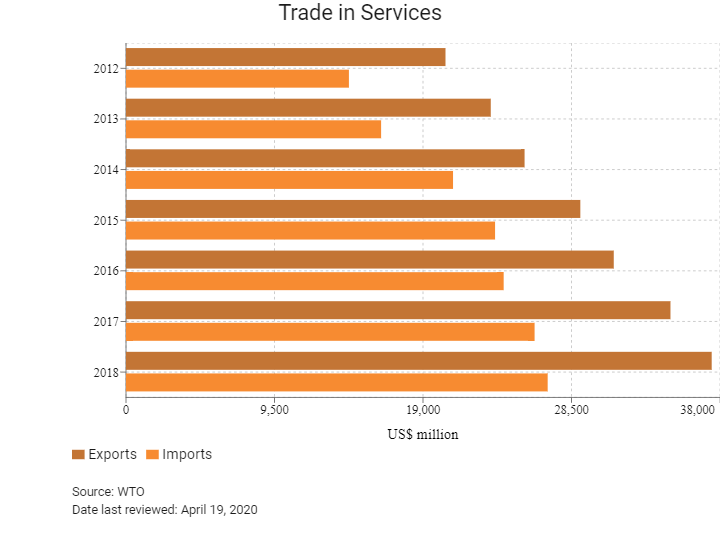 The government is actively seeking new free trade agreements (FTAs) with key trade partners, such as the European Union (EU), and remains committed to reducing current tariff lines for certain products in order to boost competitiveness and ease the trading process for businesses. 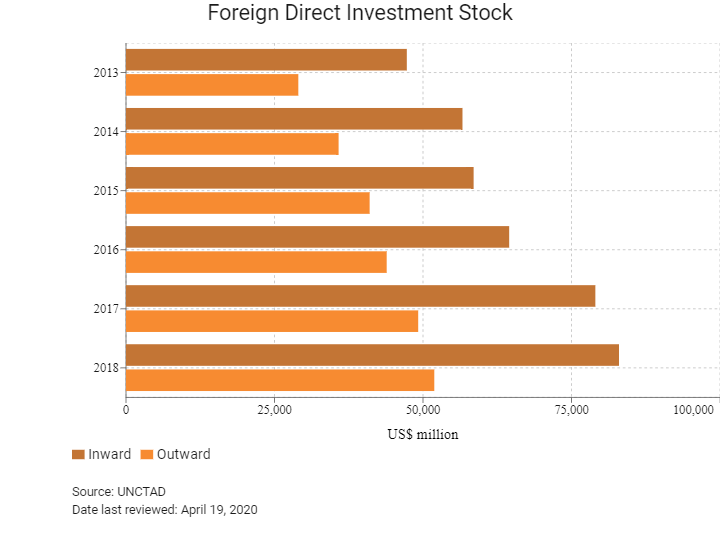 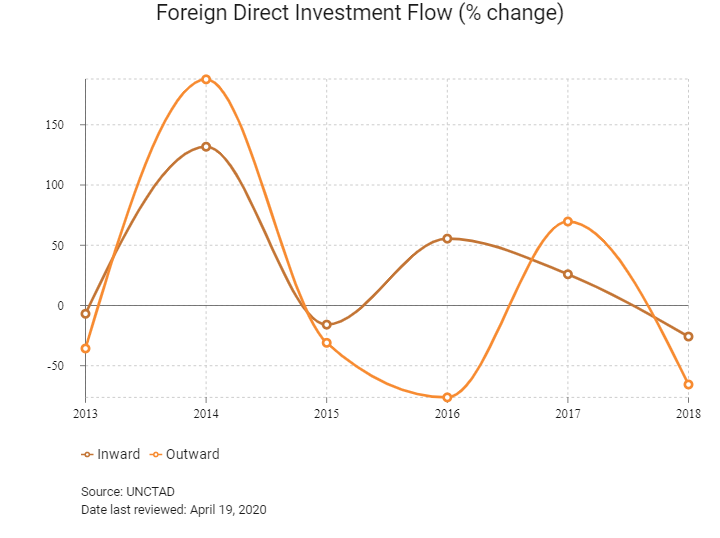 In September 2019, Philippines reformed the corporate tax system through the CIT and Incentives Rationalization Act, which will reduce CIT from 30% to 20% over a 10-year period as well as introduce specific tax incentives for capital expenditure and labour up-skilling.

The AEP authorises an individual to work in the country and is valid for either one year or for the length of time stipulated in the employee's contract (but no longer than three years). The AEP is only valid for the respective position and applicable company and a new AEP is required when an employee takes on a new position or joins a different company. Intra-corporate transfers do not require a new AEP. The application for an AEP may be made by either the employee or the employer. The AEP is issued by the Department of Labour and Employment.

The AEP is required before obtaining the 9(G) Visa. The 9(G) Visa, or the pre-arranged employment visa, allows for the employment of individuals with skills or qualifications which are not available within the Philippines. The Bureau of Immigration issues this visa and candidates must have secured a job with a company based in the country. A holder of a 9(G) Visa may only work for the employer specified by the visa. If the individual changes employers, the 9(G) Visa automatically downgrades to a tourist visa, requiring the individual to reapply for the 9(G) Visa. The visa is valid for an initial period of one, two, or three years, and can be extended up to three years at a time (depending on the duration of the employment contract) and may be renewed multiple times.

The 9(D) Visa (also known as the Treaty Trader Visa) only applies to nationals from Japan, Germany and the United States. To qualify, foreign nationals must prove that they or their employers are engaged in substantial trade, involving investment of at least USD120,000 between the Philippines and their country of origin, they intend to leave the Philippines upon the completion or termination of their work contract, they hold the same nationality as their employer or company's major shareholder and they hold a position of a supervisor or executive in the company. The visa is valid for up to two years.

The Provisional Work Permit (PWP) may be obtained while the 9(G) or 9(D) visas is being issued. The AEP is needed for a PWP. The permit is valid for six months.

ECONOMIC RISK
The Philippines’ benefits from continued strong remittances as well as receipts from the business process outsourcing sector, which offset the country’s substantial trade deficit. The country's long-term economic growth prospects have also improved markedly, as the former Aquino administration had sought to address key structural issues and improve the business environment. However, the Covid-19 outbreak poses significant risks to the Philippine economy, particularly if lockdowns are prolonged and extended countrywide.

OPERATIONAL RISK
The Philippines has a large labour market and strong external trade connectivity. However, there are a number of key risks in certain areas, such as internal transport networks and labour costs, which may pose a challenging environment. Philippines' twin deficits leave it somewhat exposed to a sudden bout of risk-off sentiment, with inflation a risk if the peso were to weaken significantly, which in turn could put upwards pressure on import costs for businesses. On a longer term, growing investor sentiment, coupled with an improving business environment on the back of strong reforms, will help propel investment growth in the Philippines. 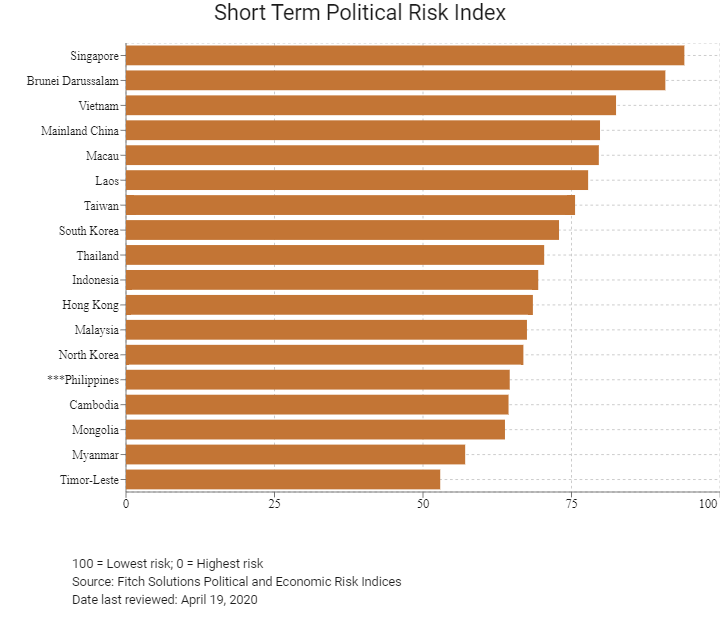 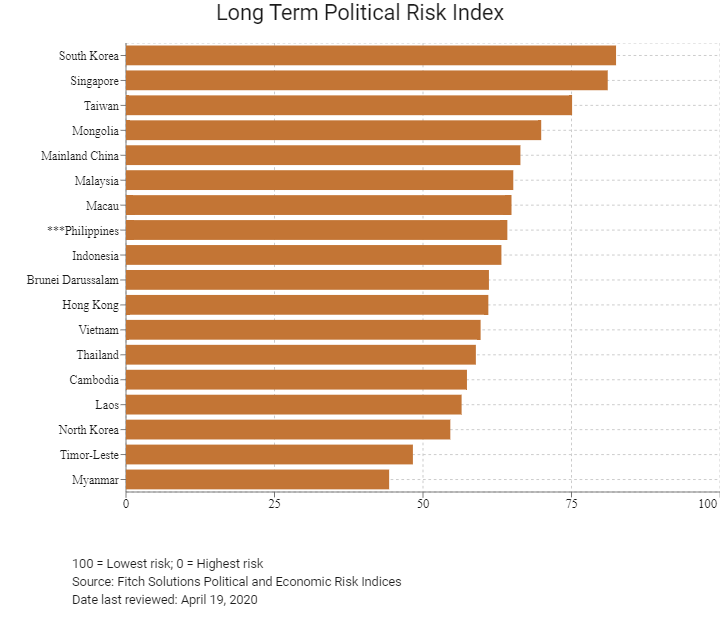 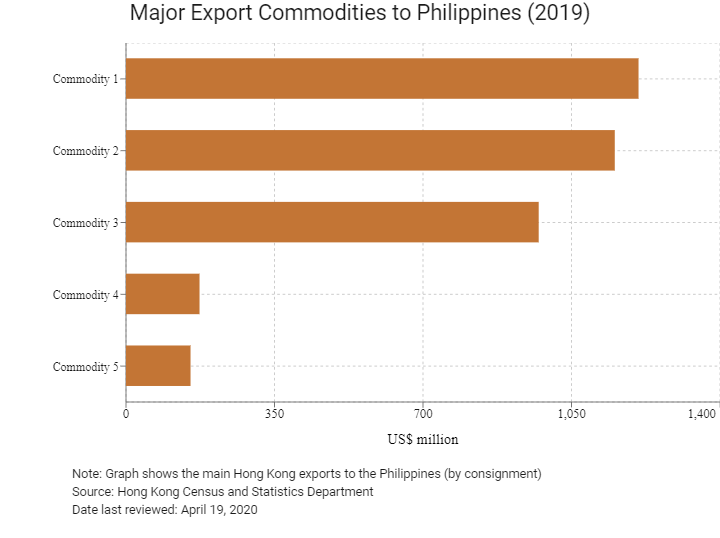 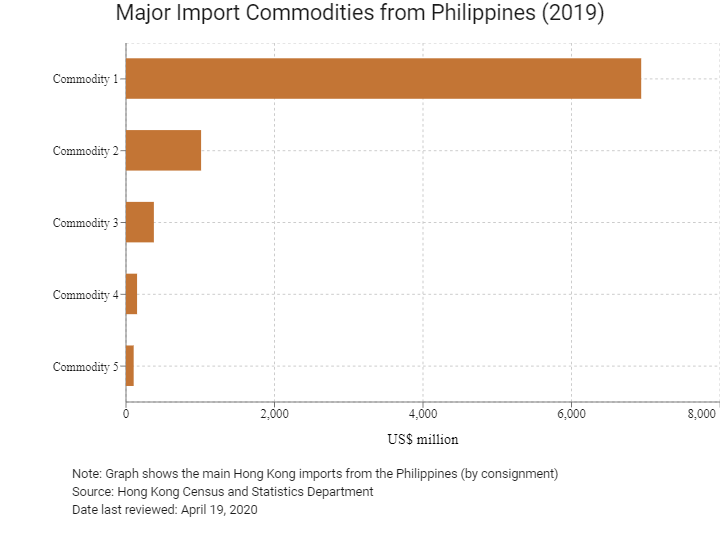 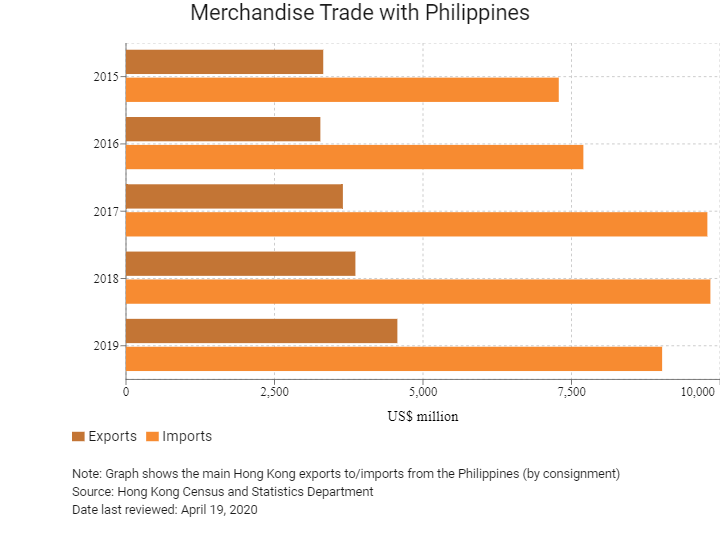 Treaties and Agreements between Hong Kong and Philippines

HKSAR passport holders have been granted visa-free or visa-on-arrival for the Philippines. This visa-free arrangement is valid for 14 days from entering into the country. 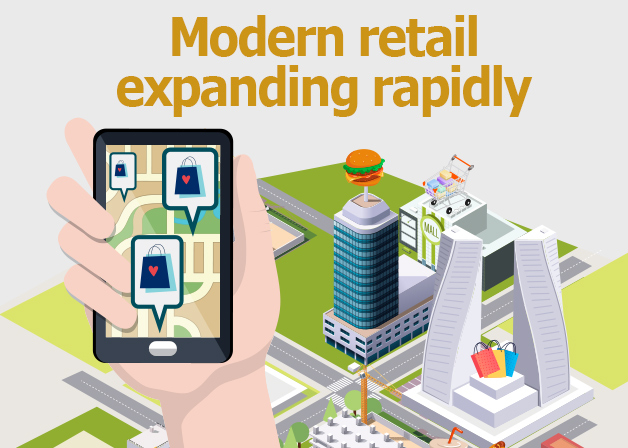