Kazakhstan has transitioned from lower-middle income to upper-middle income status in less than two decades. The country moved to the upper-middle income group in 2006. Strategically, it links the large and fast-growing markets of China and South Asia with those of Russia and Western Europe by road, rail and a port on the Caspian Sea. However, progress on poverty reduction was largely stagnant in 2014 and 2015, reflecting slow growth and weak labour market outcomes. The economy’s vulnerability to external shocks remains the main challenge to achieving stable and sustainable development. External demand from China and Russia, Kazakhstan’s main trading partners, as well as global oil demand and prices will continue to be the key external factors impacting Kazakhstan’s economic performance. Domestic factors include the pace of implementation of structural and institutional reforms as well as the potential impact of the political transition.

Ongoing structural and institutional reforms (including the government's ambitious privatisation programme, those under the 100 Concrete Steps programme, the country's integration into China's Belt and Road trade route and the Strategic Plan for Development of Kazakhstan to 2025) aim to increase private sector participation in the economy, bolster foreign direct investment and facilitate the development of a vibrant, modern and innovative non-oil sector. In addition, recently approved plans for the construction of the Meridian Highway will have tangible impact on infrastructure development in Western Eurasia and pose an attractive alternative to existing cross-continental trading routes.

April 2015
President Nursultan Nazarbayev was re-elected with 97.7% of votes cast.

March 2017
Parliament approved constitutional reforms that would reduce the president's powers in favour of lawmakers and the cabinet.

May 2018
Parliament appointed President Nazarbayev chairman for life of the newly strengthened Security Council, preparing the stage for his post-presidential role.

November 2018
The Kazakh government awarded 857.93MW of power supply deals through tenders in 2018. The government initially planned to award 1GW of power, comprising 290MW of solar, 620MW of wind, 75MW of hydropower and 15MW of bio-power. A total of 3.24GW was received in offers from a total of 30 local and foreign firms.

January-May 2019
Over January to May, repairs at Kazakhstan’s thee largest oilfields – Kashagan, Karachaganak and Tengiz – led to a 19.1% y-o-y contraction in mining and quarrying output, compared to a 3.1% drop over the first five months of the previous year.

August 2019
French rail transport company Alstom and Kazakhstan Railways (KTZ) signed a memorandum of understanding (MoU) for the development of digital technologies for the railway signalling in the Republic of Kazakhstan. The MoU includes interlocking technology, which will be implemented during the upgrade of interlockings at Kazakhstan's largest stations. KTZ intends to launch new technologies, particularly deployment of modern signalling systems in shorter terms and at a qualitatively high level, in partnership with Alstom.

Kazakhstan's EAEU membership has helped the country to increase its levels of trade openness and regional integration. In May 2018, it was announced that the Russia-led EAEU trade bloc had signed an interim trade deal with Iran.

Each year the Kazakh government sets different quotas for the hiring of foreign workers or how many local workers must be hired within different sectors. Sectors like mining and oil and gas have their own local workforce hiring requirements as provided for in the codes governing these industries. Automotives and agriculture have also been targeted.

As of January 1, 2017, the Kazakh government has adopted rules that make it more difficult for foreign workers to obtain a permit to work in the country. Overall, the process is time consuming and expensive. On average, a work permit takes around two and a half months to be issued. There are several critical changes to the previous regime. Under these new rules, heads of foreign branches and representative offices in Kazakhstan and heads of companies engaged in government contracts are now required to apply for work permits (they used to be exempt). Heavy fines now apply if work permits are not obtained. However, employers will no longer have to show proof that they have conducted market research on whether a local Kazakh citizen exists who can be employed for the role before applying for a foreign worker permit. Ratio requirements for local citizen hires or caps on foreign worker hires do not apply to branches of international businesses that employ 30 people or fewer. Fourth, a state fee will now have to be paid for every general work visa issued, whereas before it was free.

Residents of several countries can travel to Kazakhstan visa-free. From January 2017, this has been extended to include residents of the European Union (EU), the United States, and Japan.

Significant migration from the country has taken place, which has the potential to increase further since Kazakhstan became a fully-fledged member of the EAEU in 2015. The country is a member, along with Russia, Belarus, Kazakhstan and Armenia. The EAEU single market provides for free movement of goods, people, capital and services between member states, with a common external tariff regime. This has significantly increased the ease with which Kazakh citizens can be employed in other EAEU member states. EAEU ascension has also significantly widened the pool of potential labour for positions in Kazakhstan. The freedom of labour tenet in the EAEU regional agreement provides the country with access to the common labour market. All workers have equal rights in other EAEU member states, with no quota requirements needing to be met. The qualifications of Kazakh workers in various professional fields are automatically recognised. Workers involved in legal, educational, medical and pharmaceutical activities will still have to undergo a recognition procedure of their various qualifications in other EAEU member states. We note that the process of employing foreign citizens from non-EAEU or CIS countries remains complicated in Kazakhstan as the government implements fairly strict quota systems for foreign hires and strict local hiring content requirements in key industries, such as mining, and oil and gas.

Economic activity is projected to decelerate in 2019 as diminished oil output, due to maintenance at the three main oil fields, and a challenging external backdrop weigh on merchandise exports. That said, domestic demand should buffer the slowdown as a planned fiscal stimulus supports consumption and cheaper credit conditions boost capital investment. The government's ambitious privatisation programme and the country's integration into regional infrastructure development projects such as China's Belt and Road trade route will also bolster FDI and support a diversification of the economy.

Key factors contributing to the attractiveness of the country’s business environment are the high levels of educational attainment of the Kazakh labour force by global standards, the country's high trade turnover and inward FDI stock volumes, and the attractive business environment. Kazakhstan's relative areas of weakness pertain to its logistics profile and its crime and security environment, where the poor quality and extent of the country's transport network and limited access to international seaports are the most prominent risks. However, high levels of FDI, ambitious government expansion plans and a well-educated labour force will entice potential investors in the long run. Kazakhstan's growing prominence in Central Asia will also facilitate investment in the wider region. The development of the country's physical and financial infrastructure will attract more foreign investors wanting to increase their exposure to frontier markets such as Tajikistan and Kyrgyzstan without having to base operations in these countries.

Consulate General of the Republic of Kazakhstan in Hong Kong SAR, PRC

Source: Consulate General of the Republic of Kazakhstan in Hong Kong SAR, PRC

Source: Consulate General of the Republic of Kazakhstan in Hong Kong SAR, PRC 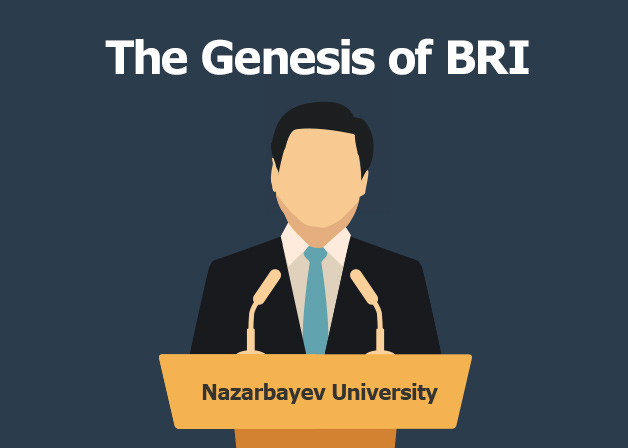 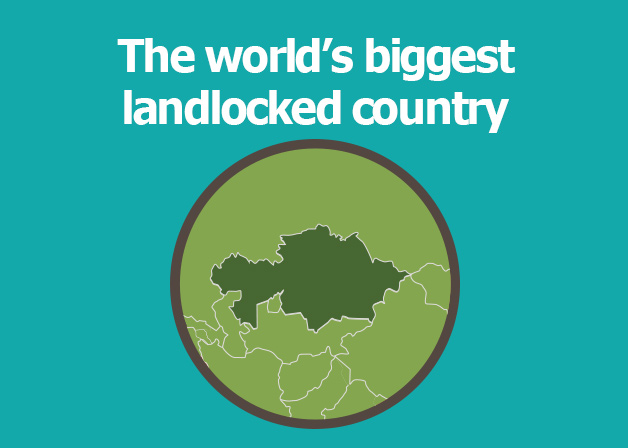 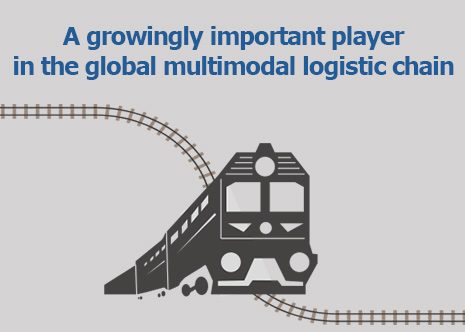 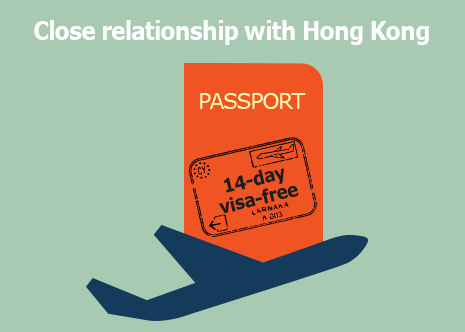 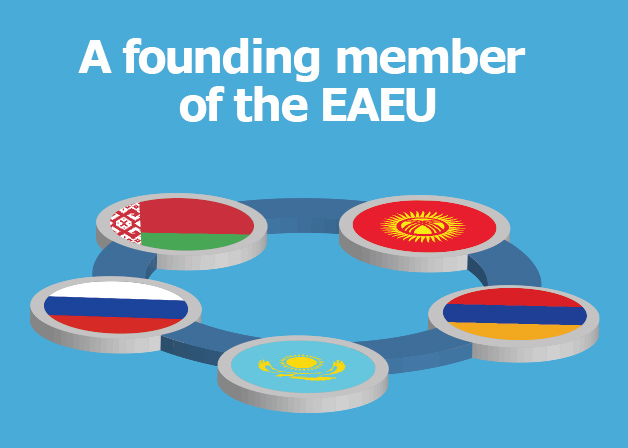 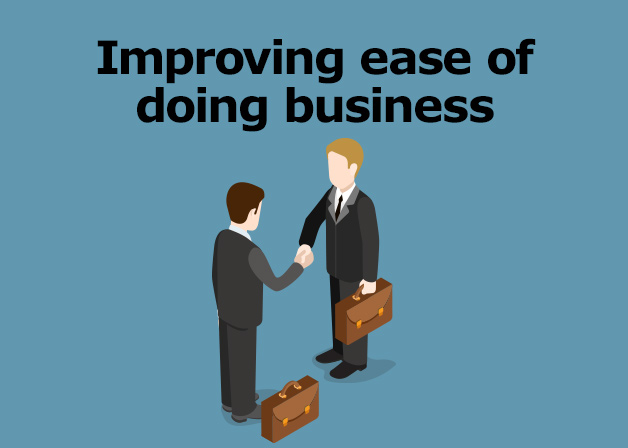 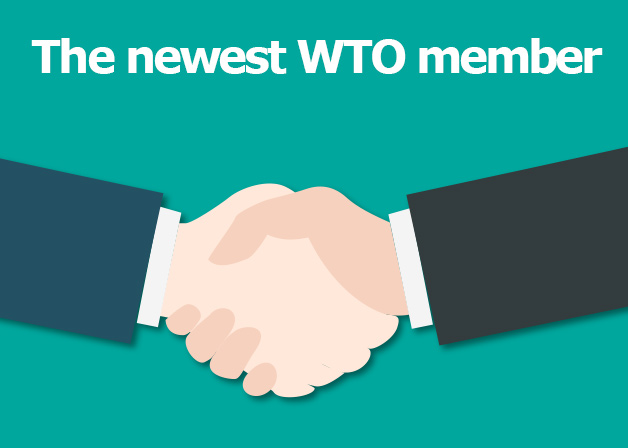 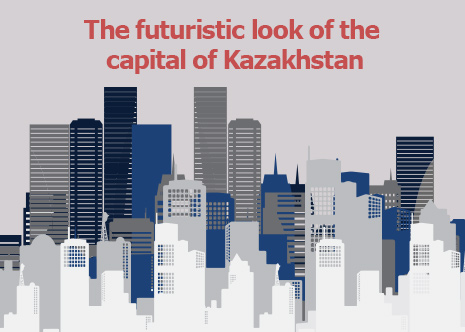 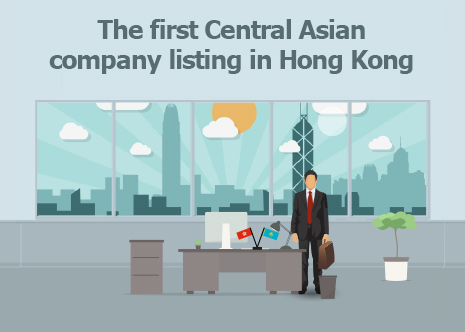