South Korea has experienced significant success by combining rapid economic growth with significant reductions in poverty. The country is now the world's 15th largest economy and is the first former aid recipient to become a member of the Development Assistance Committee of the Organisation for Economic Co-operation and Development. South Korea's rapid growth in the last few decades has largely been driven by exports of manufactured electronic goods and telecommunications equipment, which has earned the country a reputation as a top global producer and innovation hub. The country enjoys important – even dominant – positions in a number of major global industries, including nuclear power, consumer electronics and biotechnology, and has set goals to become a major player in several other areas, including smart-grid technology, the Internet of Things and robotics. However, weak demand in major export markets has the potential to act as a drag on economic growth and result in fewer investment opportunities in the short term. The 2020 budget, announced in late August 2019, focuses on boosting exports and investments amid rising external headwinds.

North Korean leader Kim Jong-un met President Moon Jae-in for talks at the Panmunjom border crossing. The joint summit was the first meeting between leaders of North Korea and South Korea since 2007.

The North and South Korean leaders signed a joint agreement on denuclearisation and agreed that Kim Jong-un would visit Seoul, a joint Korean bid would be launched for the 2032 Summer Olympics.

South Korea proposed a KRW513.5 trillion (equivalent to 26.2% of GDP) budget for 2020. The budget marked a sharp 9.3% increase in spending compared with the 2019 budget, signalling that the government was looking to rely on fiscal easing alongside conventional expansionary monetary policy to boost the economy. The budget focused on job creation and helping small-and medium-sized enterprises. South Korea also announced a reduction of the securities transaction tax rate for over-the-counter and unlisted security transactions to 0.45% from 0.50% with effect from the second quarter of 2020.

Incheon International Airport Corporation broke ground to build fourth phase of the Incheon International Airport in South Korea, according to the Ministry of Land, Infrastructure and Transport. Nearly KRW4.84 trillion (USD4.15 billion) project aimed to expand Terminal 2, a new runway and connected transportation network. The extension would allow the runway to handle increased operations from larger aircraft as well as reduce the distance between two terminals from 15.3km to 13.2km. In addition, the company would also develop, maintenance, repair and operate the facility near Terminal 2. The expansion, due to be completed by 2024, was expected to increase the airport's annual passenger handling capacity to 160 million.

The Bank of Korea kept its base rate on hold at 1.25% at its first monetary policy meeting of the year on January 17.

On March 17, the National Assembly passed the first 2020 supplementary budget in response to the Covid-19 pandemic. The supplementary budget included a decline in revenue by KRW0.8 trillion, and additional KRW10.9 trillion spending on disease prevention and treatment, loans and guarantees for business affected, support for households affected, and support for local economies affected.

The coronavirus pandemic pushed South Korea’s economy into its biggest contraction since 2008 in the first quarter, as self-isolation measures hit consumption and global trade slumped. Finance minister Hong Nam-ki said in a policy meeting that South Korea’s economy should brace for a bigger shock from the second quarter as demand from major trading partners plummets.

The ruling Democratic Party of Korea (DP, also known as Minjoo) delivered a landslide victory in the April 15 legislative elections, winning 163 out of 253 constituencies. Additionally, DP’s satellite party, the Together Citizens' Party, had clinched an additional 17 seats, giving the government a historic supermajority of 180 out of 300 seats in the National Assembly. 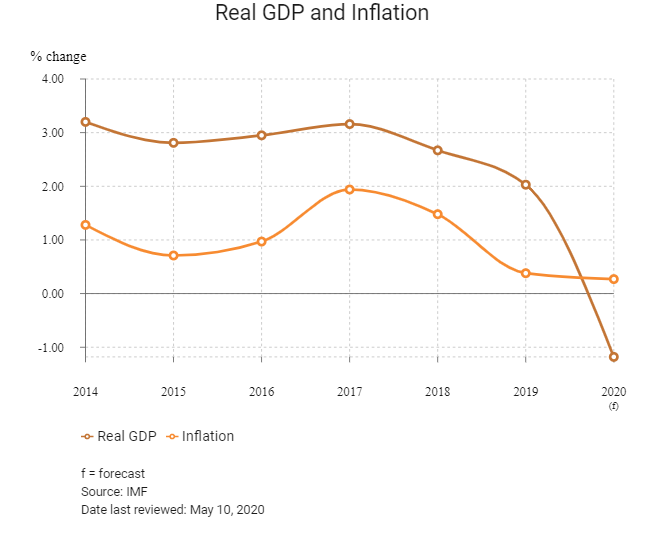 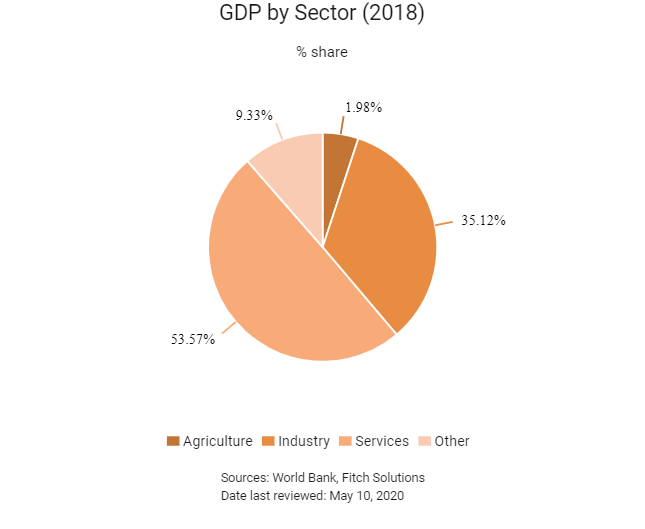 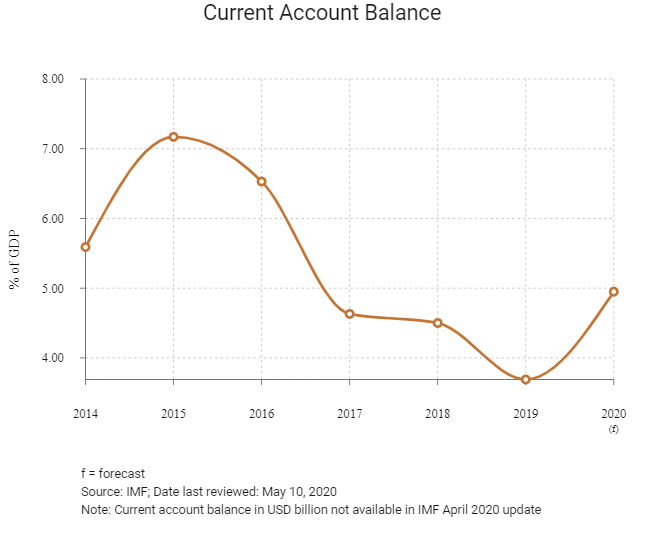 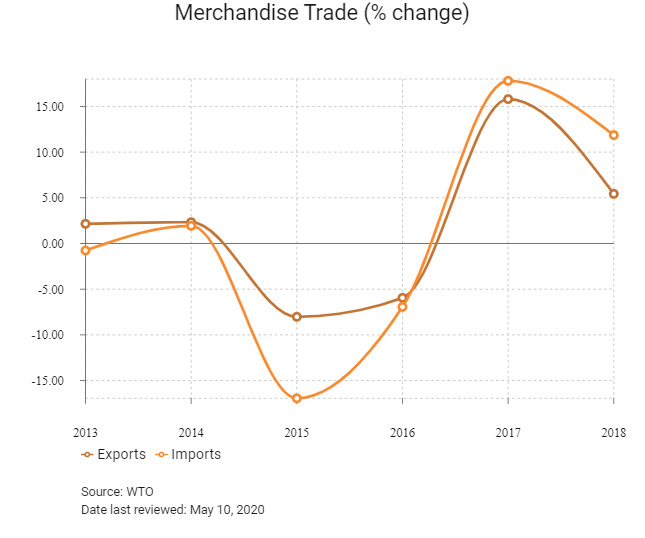 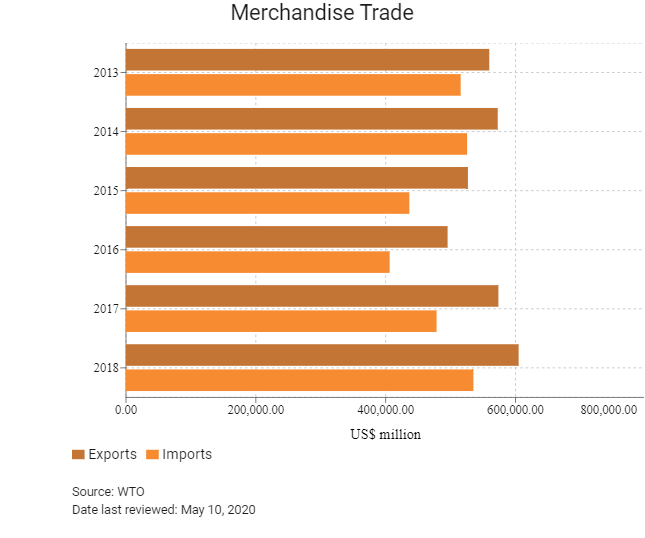 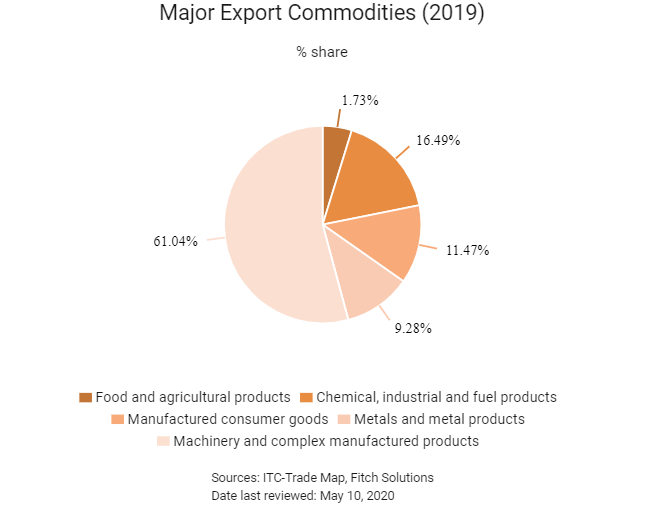 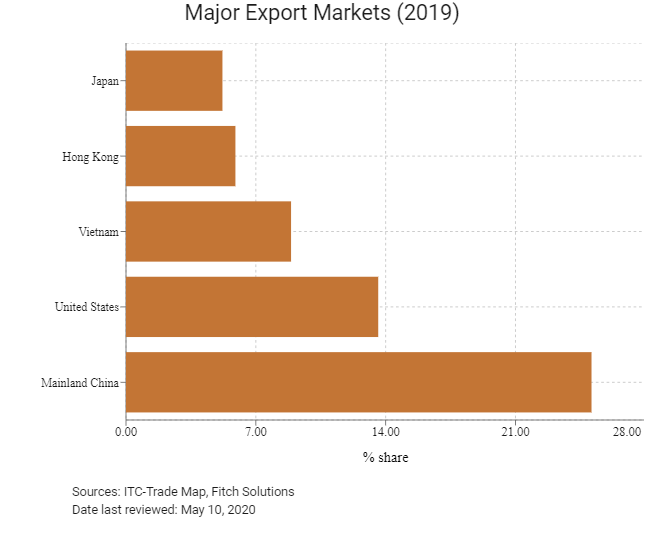 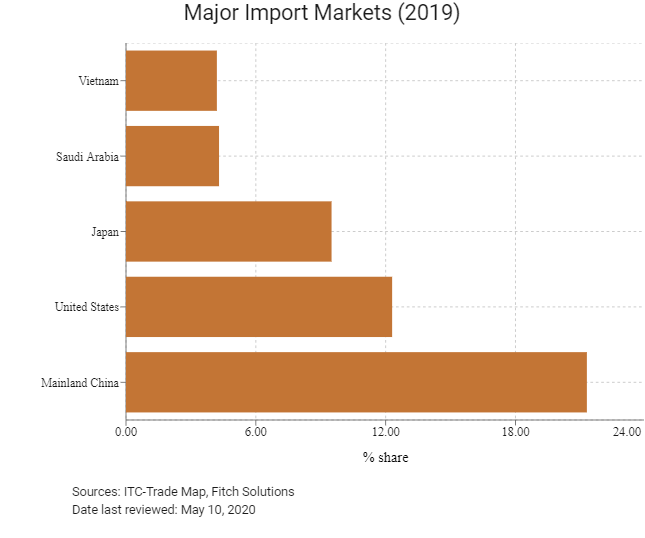 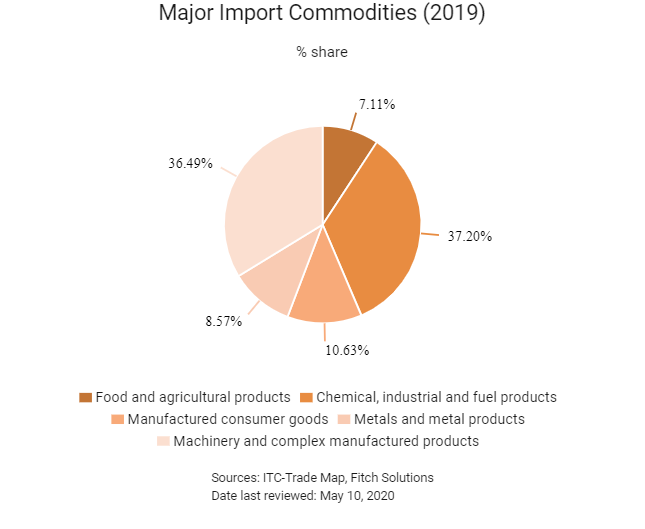 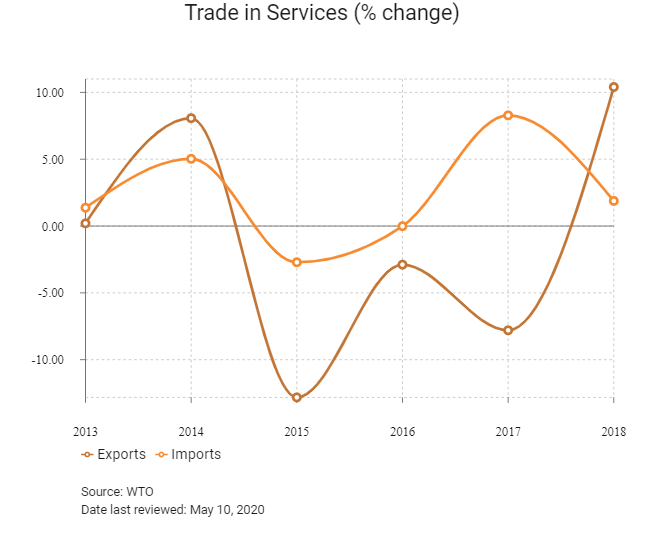 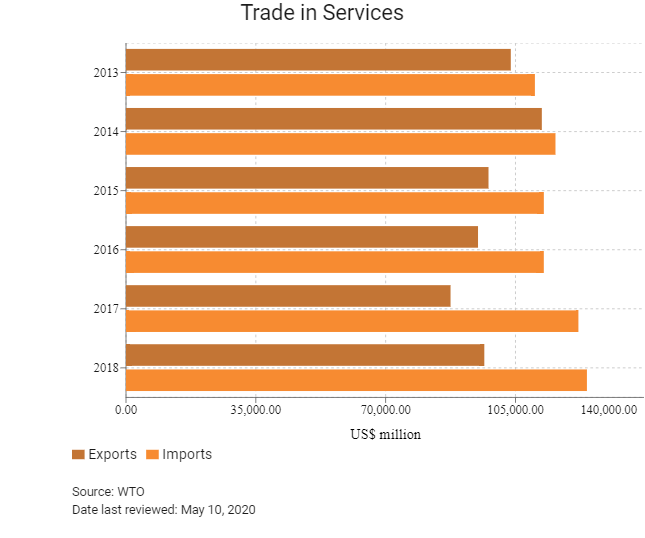 Indonesian and South Korea took a key step toward a bilateral agreement that is expected to help boost trade between the two nations by about 50% by 2022. The countries will move forward with 'legal scrubbing' and translation before the official signing of the Indonesia-Korea Comprehensive Economic Partnership Agreement. 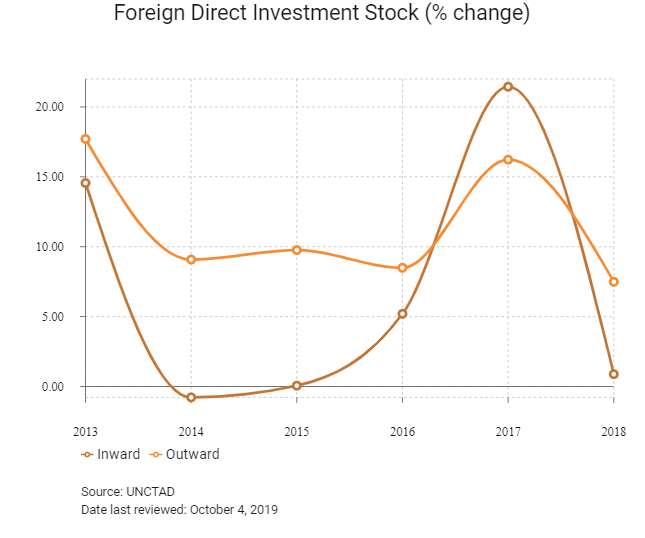 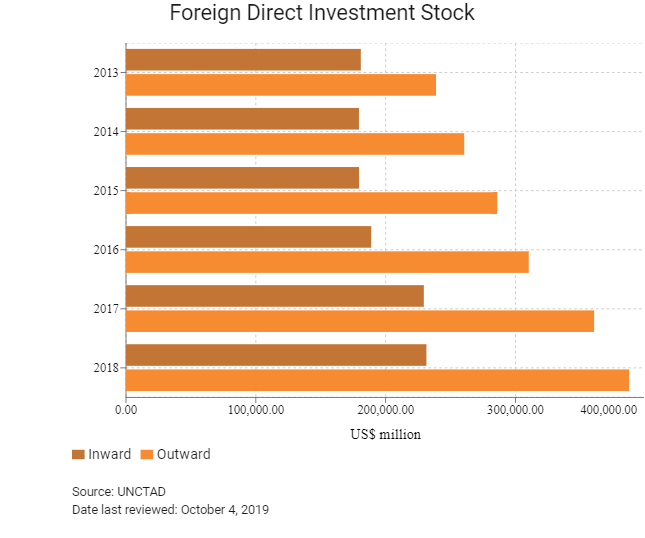 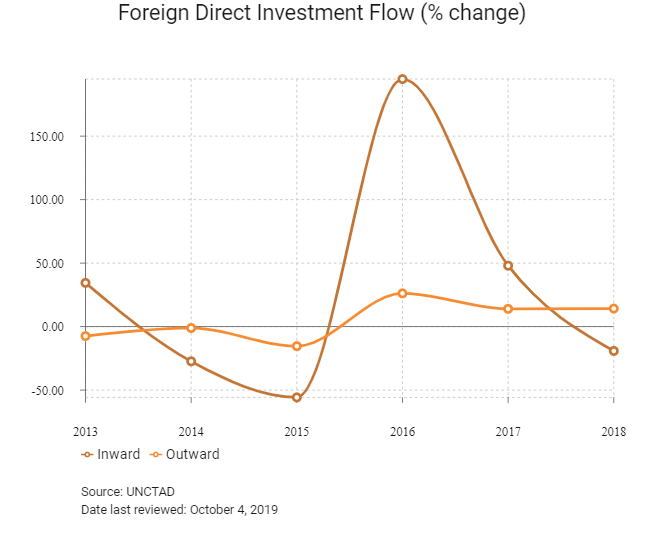 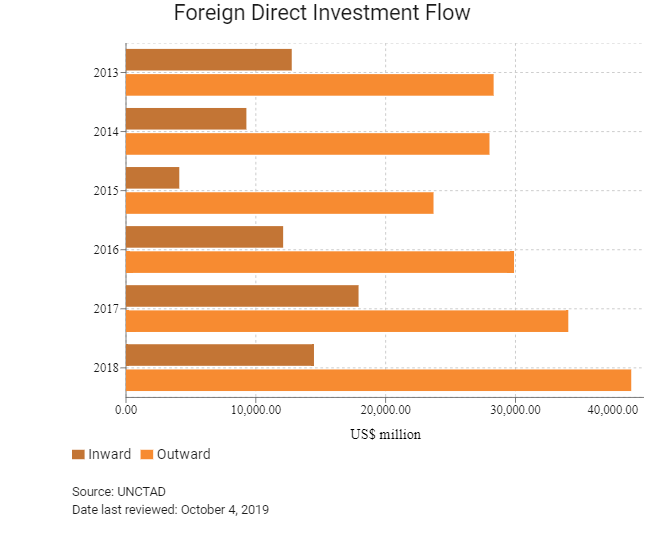 South Korea is increasingly opening itself to immigration in the face of falling fertility rates and labour shortages. By 2002 unauthorised workers represented 70% of South Korea's total foreign labour force. Since 2002 South Korea has taken a number of steps to overhaul its labour migration system. This has resulted in gradually loosening controls and a declining unauthorised population. In 2003 the South Korean government introduced the Employment Permit System (EPS), a guest worker scheme that provides a framework for the entry of foreign labour. The EPS is divided into two subsystems:

Skilled workers, including researchers and language teachers, are welcome to temporarily work and live in South Korea. When they have valid employment contracts, skilled workers can easily acquire work visas and can renew their visa status. Certain skilled international workers, including technology workers, can move to South Korea through an express procedure. Under the General EPS, South Korean employers can enter into employment contracts with foreign workers who pass a South Korean language proficiency test and are deemed to be in good health.

Employers who wish to employ low-skilled foreign labour must first demonstrate that they have spent at least 14 days (seven days in some cases) attempting to find South Korean workers by requesting help from public employment centres.

Any foreigner planning on a long-term stay or permanent residency must register as a foreigner or file a domestic residence report within 90 days of arrival.

There are 16 visa statuses that allow employment in South Korea:

Foreign workers brought in under the General EPS receive E-9 non-professional employment visa status, while those under the Special Case EPS are given H-2 visiting worker status. H-2 visa holders do not need an employment contract before entering South Korea and there are no restrictions on employment sectors and workplace changes for them. E-9 visa holders need an employment contract, are tied to their employer and are restricted to certain sectors, including agriculture, construction, fishing and manufacturing. Family members of low-skilled foreign workers are not allowed to settle in South Korea.

Ongoing weakness in the South Korean economy characterise its short term economic risk. In 2020, the economy will contract owing to a recession in the global economy due to the Covid-19 pandemic. That said, we believe that a combination of fiscal and monetary policy measures implemented by policymakers will cushion the economy and help it to emerge from the pandemic on a better footing than most other countries in the region. South Korea's long-term outlook is comfortably above that of its regional peers, reflecting favourable opinions about the country's long-term growth prospects. The South Korean economy is susceptible to sharp drops in international investor risk appetite and trade slowdowns in developed markets. For example, it was significantly hit by the 1997 Asian financial crisis, and the global downturn in late 2008 caused a dramatic sell-off of the won. The government is gradually ramping up reform efforts to support sustained economic growth amid rising headwinds in the external sector. In doing so, the current administration has not only embarked on providing more funding for research and development – which it has ample resources to provide given years of prudent spending and high capital buffers – but has also eased regulations to spur foreign investment. A milder concern is South Korea's high levels of household and external debt, which could constrain growth if rapid deleveraging were forced upon the economy.

South Korea has one of the best operating environments in the East and South East Asian region. This is largely a result of the country's superior logistical and trade and investment environments as it has highly developed utilities and transport networks and is considered to host one of the better legal environments in the region. South Korea has developed into a highly industrialised and sophisticated economy with a skilled workforce, which provides an excellent environment for international trade and foreign investment. A weak point to emphasise is that the country's labour market is bogged down by its high national minimum wage and rigid labour policies which make it almost impossible to dismiss workers once they are deemed a permanent employee by South Korean labour law. These two factors are attributed to being some of the biggest causes of the country's high youth unemployment rate, which is currently emerging as one of the biggest problems faced domestically. 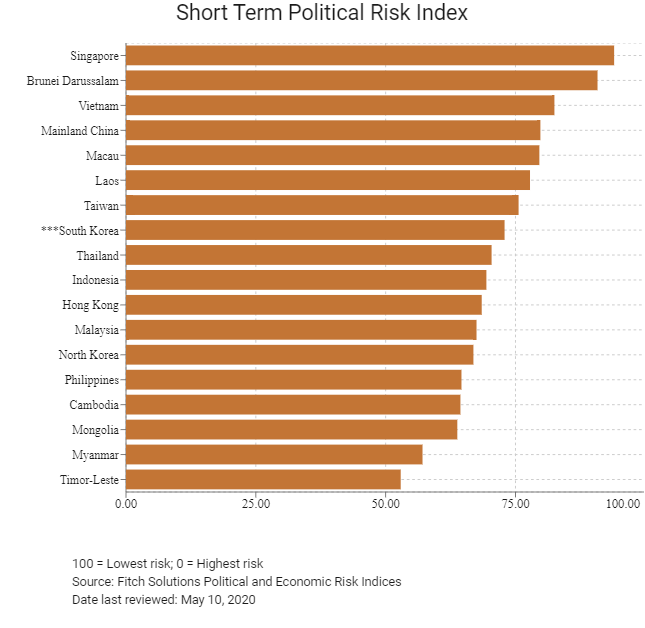 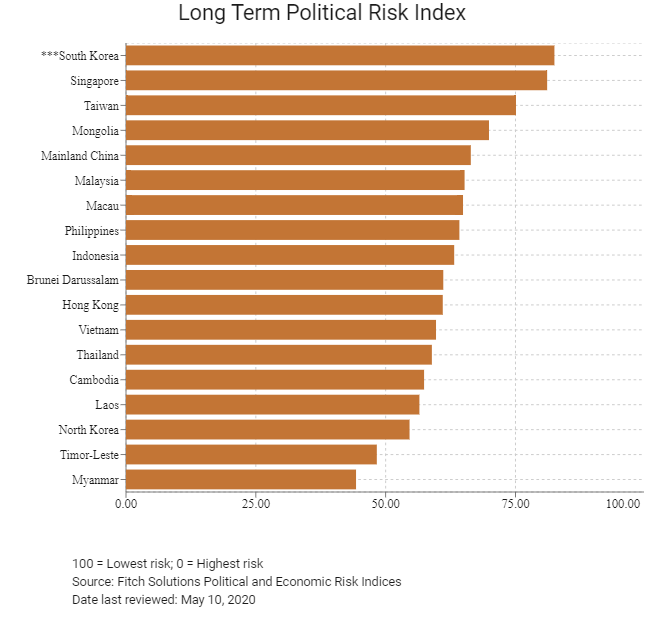 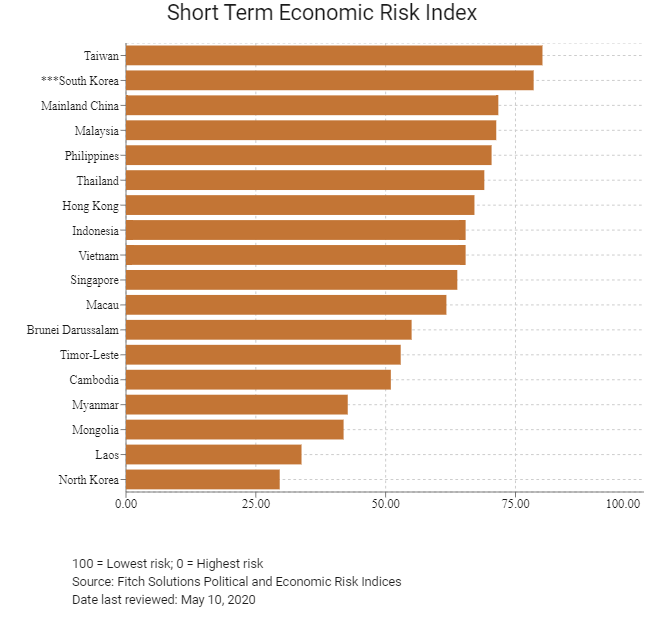 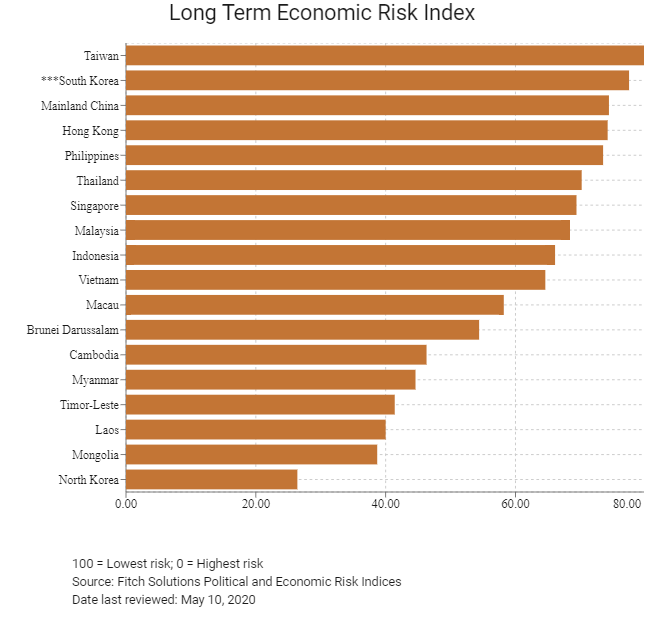 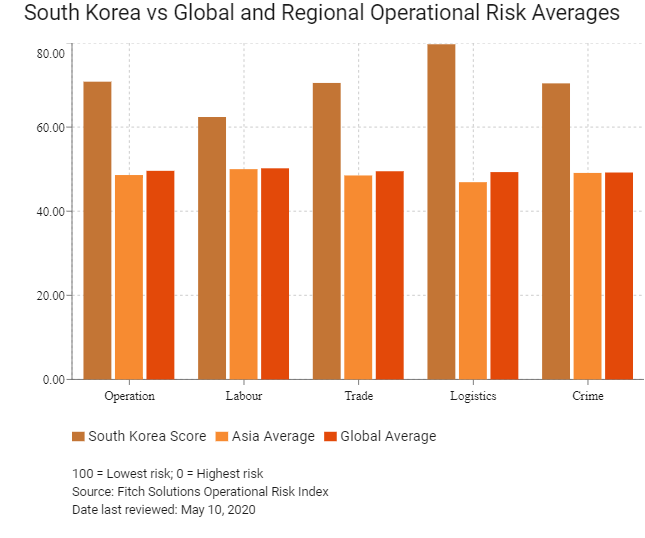 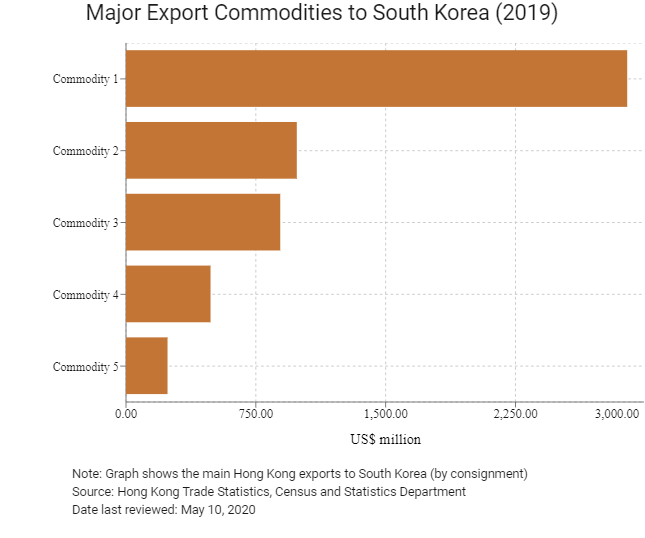 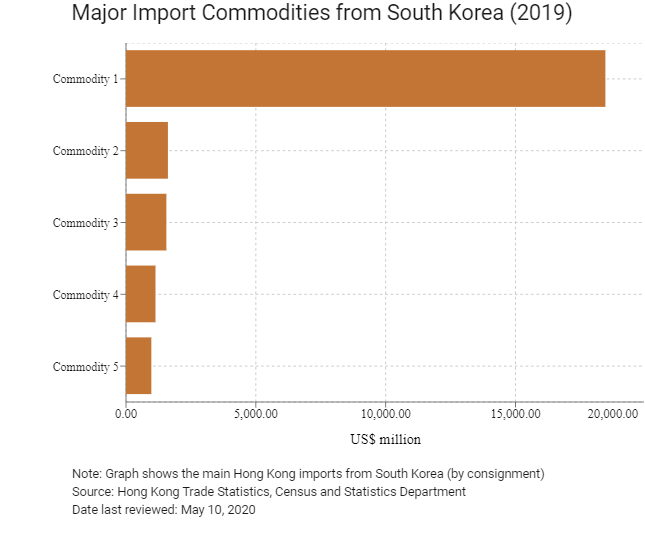 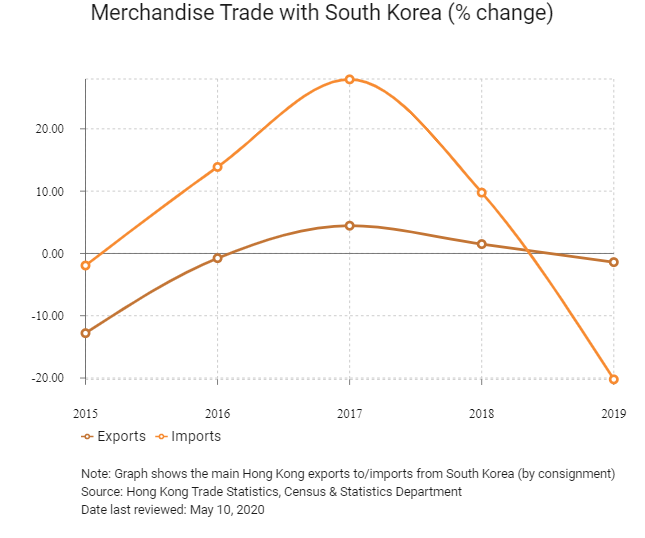 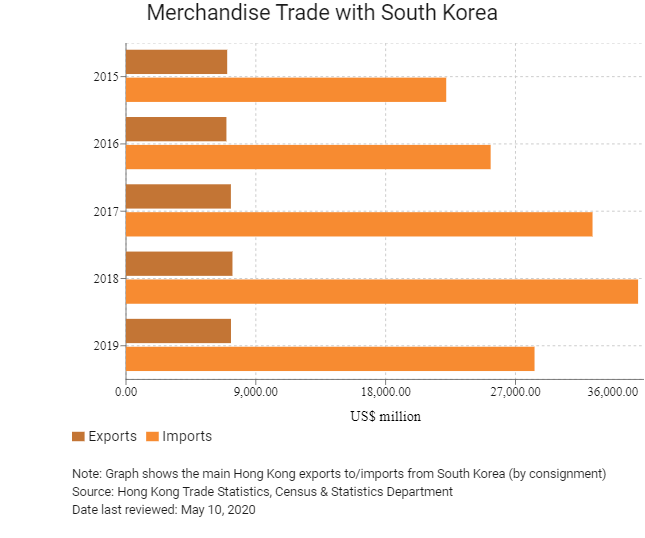 Treaties and Agreements Between Hong Kong/Mainland China and South Korea

Source: Consulate General of the Republic of Korea in Hong Kong

Projects in Republic of Korea