Economic growth in Qatar will be supported by spending on the multi-year infrastructure upgrades ahead of the FIFA World Cup and the USD10 billion Barzan natural gas facility which comes online in 2020. Government investment in economic diversification initiatives will continue apace even as hydrocarbon output is set for moderate expansion. Under the Qatar National Vision 2030 some USD16.4 billion in infrastructure and real estate investment is planned over the next four years to help offset falling FIFA-investment spending. Qatar will also increase liquefied natural gas (LNG) capacity by more than a third. Qatar's peg to the US dollar means that monetary policy will continue to track the United States Federal Reserve's tightening cycle. Government efforts to ease the costs and lighten the effects of the blockade on the population will likely limit the scope for cutting spending.

January 2018
In a bid to boost non-Gulf Cooperation Council (GCC) foreign investment (especially in the wake of the GCC crisis), Qatar passed a new foreign investment law in January 2018 (which came into effect from March 2018). This law removed the 49% cap on foreign ownership of businesses in Qatar in a wide variety of sectors.

March 2018
The CEO of the Qatar Financial Centre announced that Qatar was looking to attract investment from Asia. Qatar announced plans to make it easier for foreigners to obtain work visas and purchase real estate within its borders.

January 2019
Qatar withdrew from the Organization of the Petroleum Exporting Countries, following an earlier announcement in December 2018 citing a move towards a greater reliance on gas exports rather than petroleum.

September 2019
A survey by Qatar's Ministry of Planning and Qatar Bank revealed that foreign investment in Qatar rose 11.3% at the end of the three months to June compared with the same period in 2018.

October 2019
The International Labour Organisation (ILO) stated that by January 2020 Qatar would have legislated against the 'kafala' system and would introduce the region's first 'non-discriminatory minimum wage'. The news came in the wake of reports of unsafe working conditions on several World Cup stadium construction sites.

January 2020
Qetaifan Projects signed a memorandum of understanding with ADMARES Construction and Trading for the construction of 16 floating hotels in Qatar. ADMARES would build and operate the hotels on the shores of Qetaifan Island North, which would accommodate fans during the FIFA World Cup 2022. The Sigge Architects-designed hotels would be identical, with each having a length of 72m and width of 16m. Each four-storey hotel would have 101 guest rooms, a restaurant and a lounge bar.

January 2020
Hyundai Engineering and Construction Co secured a construction contract worth KRW613 billion (USD527 million) from Lusail Real Estate Development Company for an office tower project in Qatar. To be located in Lusail City Financial District, the development comprised a 70-storey office building with five underground floors. Construction was scheduled to be completed by the end of October 2022.

February 2020
Qatar Company for Airports Operation and Management (Matar) unveiled plans for the ongoing two-phase expansion works at the Hamad International Airport. A joint venture (JV) between Midmac Contracting, TAV Tepe Akfen Investment Construction and Taisei Corporation was working on the construction of a 140,000sq m passenger terminal building and a central concourse building, among others. The expanded terminal would have a total area of 240,000sq m. The first phase of airport expansion project would enable the airport to handle more than 53 million passengers each year by 2022. The second phase would increase to capacity to more than 60 million passengers.

March 2020
Qatar’s QAR75 billion (USD20.6 billion or about 13% of GDP) package to reduce the effects of Covid-19 was announced on March 16. The programme aimed at shoring up small businesses and hard-hit sectors (hospitality, tourism, retail, commercial complexes and logistics), including through six-month exemptions on utilities payments (water, electricity). Logistics areas and small and medium industries were exempt from rent payments for six months. Food and medical goods were exempt from customs duties for six months (provided that this was reflected in the selling price), and the price and profits for sanitizers and antiseptics had been set. Migrant workers who were in quarantine or undergoing treatment would receive full salaries.

March 2020
The Qatar Central Bank (QCB) lowered its policy rates twice in March in line with the US Federal Reserve (to maintain the currency peg). The deposit rate had been reduced by 100bps to 1%; the lending rate had been reduced by 175 bps to 2.5%; and repo rate had been reduced by 100 bps to 1.5%. The QCB would also provide additional liquidity to banks operating in the country through a special repo window at zero interest rate for postponing loan instalments or granting new loans. QCB put in place mechanisms to encourage banks to postpone loan instalments and obligations of the private sector with a grace period of six months. The Qatar Development Bank would postpone instalments of all borrowers for six months. Qatar Islamic Bank was providing interest free loans to private companies under the National Guarantee Program funds of QAR3 billion (USD815,000). The Qatar Financial Centre cut the rate on late tax payments to zero from 5% until September 1, 2020. In addition, the deadlines for filing taxes and audited financial statements had been extended. Government funds had been directed to increase investments in the stock market by QAR10 billion (USD2.75 billion). 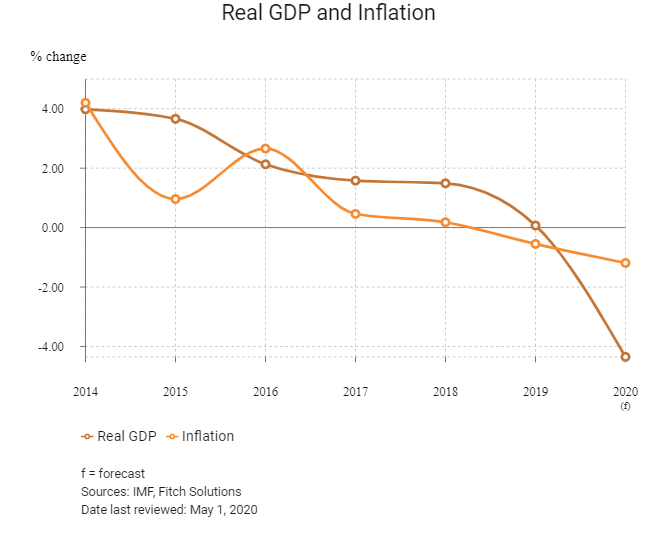 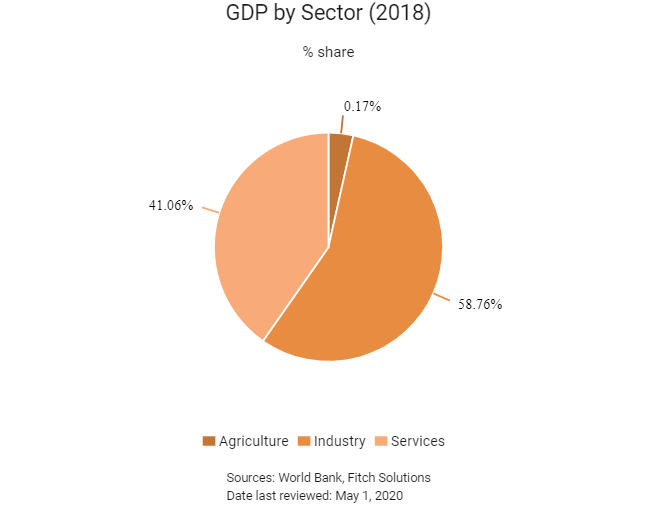 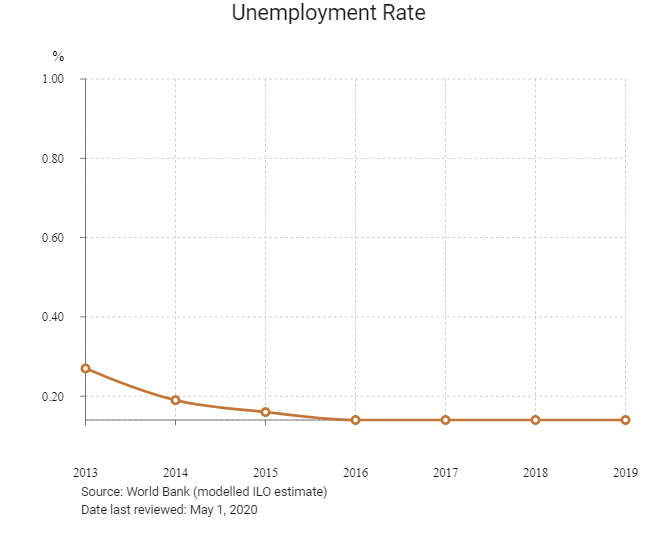 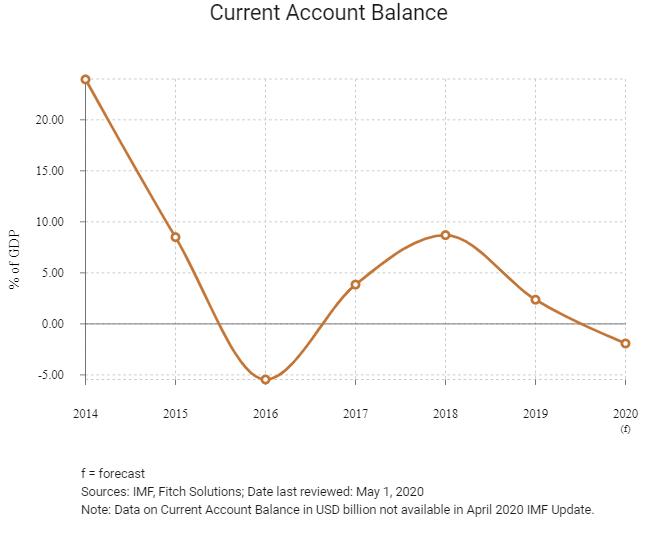 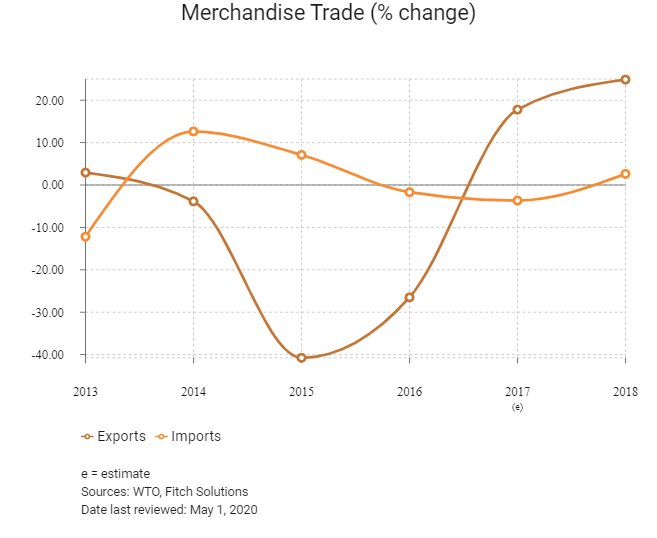 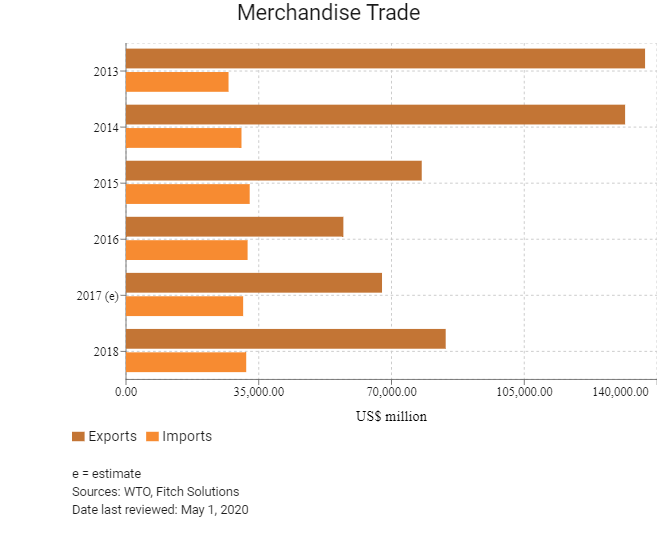 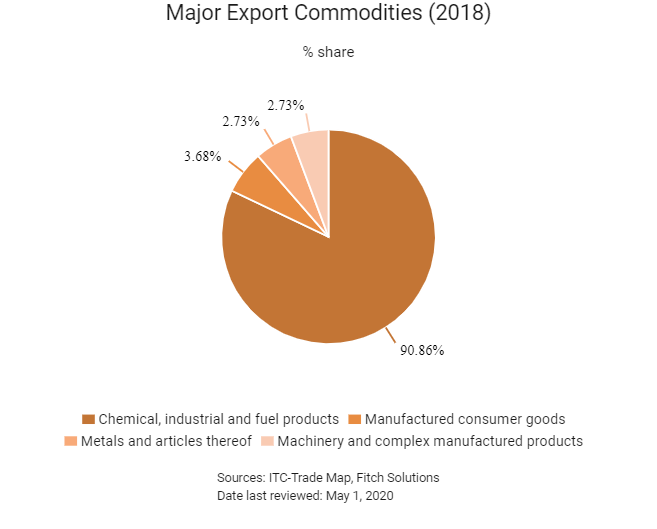 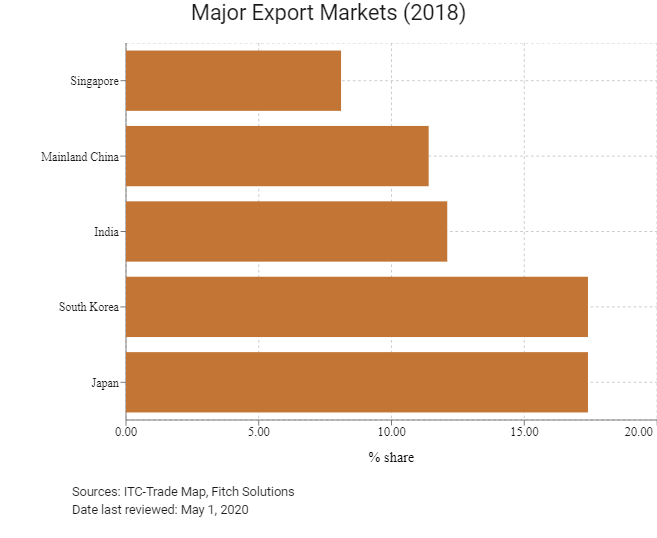 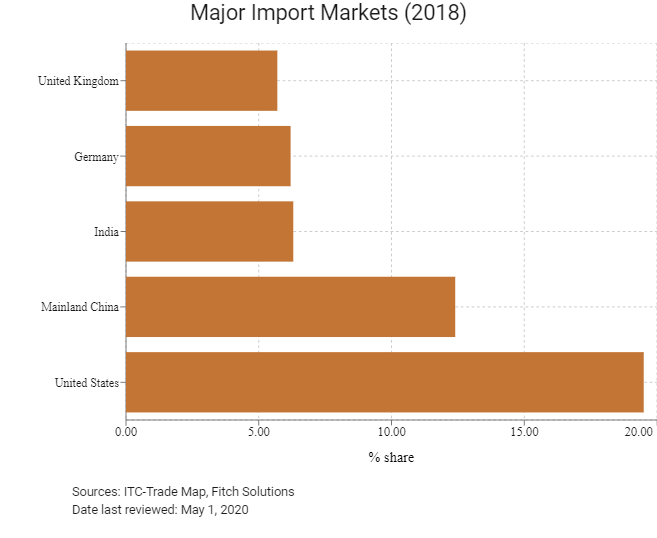 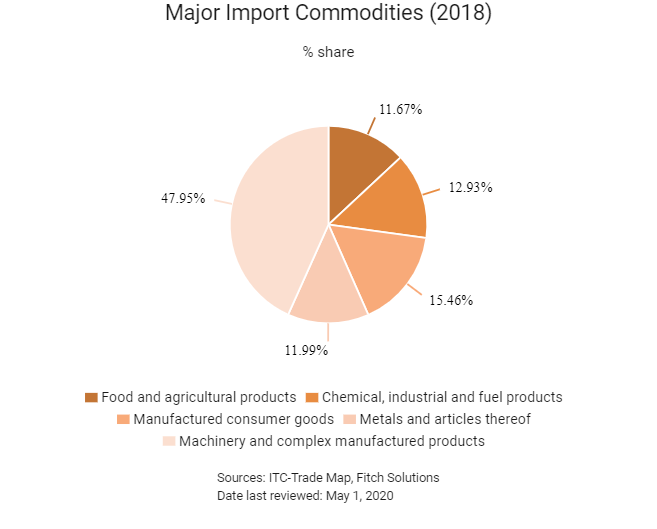 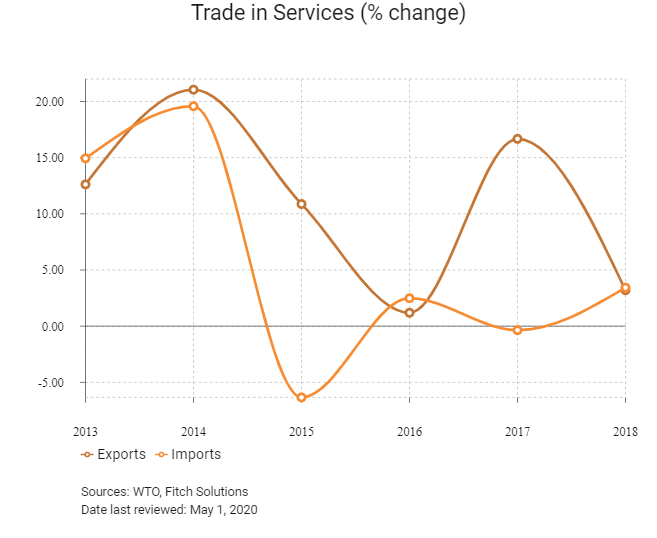 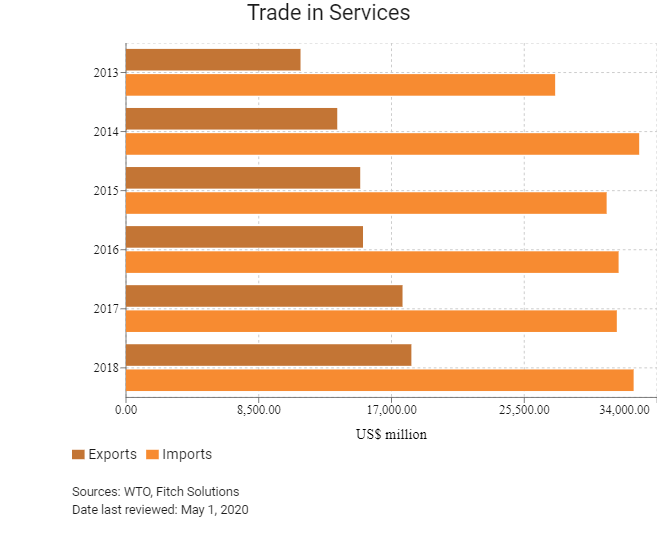 The Trade Preferential System of the Organization of the Islamic Conference (OIC): The agreement would see the promotion of trade between member states by including most-favoured-nation principles, harmonising policy on rules of origin, exchanging trade preferences among member states, promoting equal treatment of member states and special treatment for the least developed member states, and providing for regional economic bodies made up of OIC nations to participate as a block. The agreement will cover all commodities groups. The OIC comprises 57 members, which means fully realising such an agreement would be highly impactful, encompassing approximately 1.8 billion people. Although the framework agreement, the protocol on preferential tariff scheme and the rules of origin have all been agreed on, a minimum of 10 members are required to update and submit their concessions list for the agreements to come into effect. 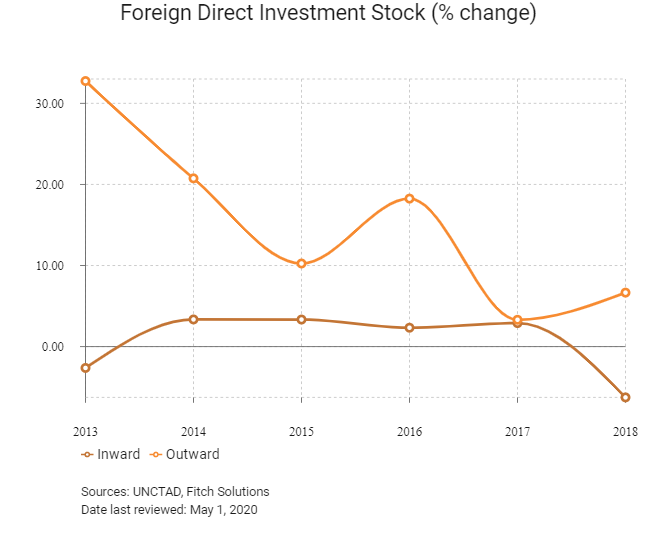 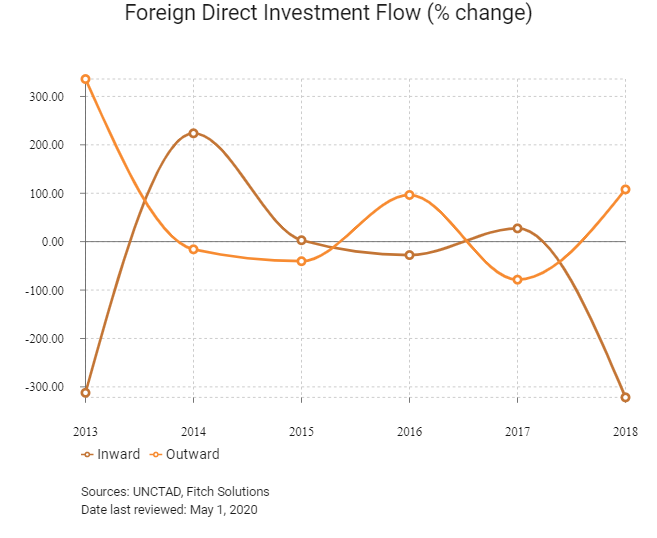 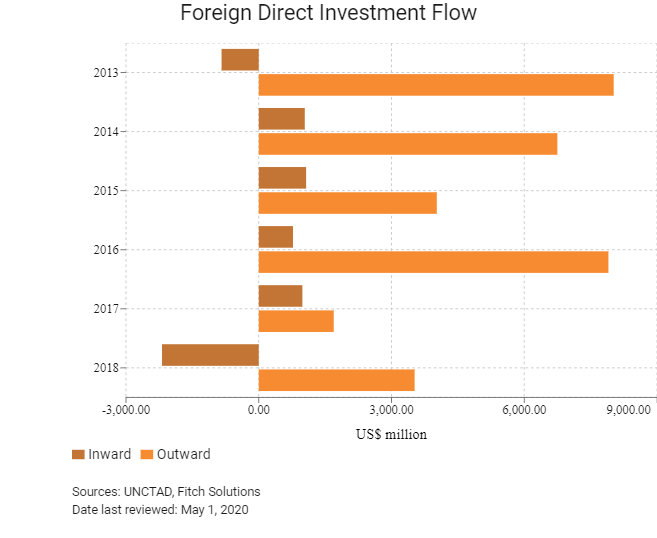 Developing human capital and increasing nationals' workforce participation constitute key elements of the GCC member states' economic diversification plans and will continue to drive labour market policies across the region over the coming decade. Localisation policies have been devised to promote the employment of Qatari nationals in the private and public sectors. Therefore, quotas for the mandatory employment of Qatari nationals exist in certain sectors, such as banking and insurance.

Typically, as a result of relatively small domestic populations and the fact that a large portion of the domestic working-age population is employed by the public sector in all six of the GCC states, employing foreign workers to fill low-skilled and high-skilled positions for the private sector has been relatively easy. The large presence of migrant workers in Qatar is attributed to the 'kafala' (sponsorship) system, which emerged in many GCC states in order to regulate the relationship between employers and migrant workers in these countries. The employer is seen as the foreign worker's sponsor and is entirely responsible for their visa and legal status. A downside risk is that some foreign workers have had their passports and wages illegally withheld by GCC employers, and some risk not being allowed to leave the country or change employers without their current employer's permission.

The main commercial objective of the 'kafala' system is to facilitate the steady supply of temporary and rotating labour rapidly to such countries during times of economic boom – a labour force that could then be expelled fairly easily in less prosperous periods. However, owing to increasing pressure on GCC states from human rights groups about the exploitation of foreign workers under this system (specifically in relation to the treatment of foreign workers on various construction projects for FIFA 2022 projects), paired with rising economic pressures in GCC states owing to the 2015/2016 global slump in oil prices, the ease and costs of hiring foreign workers in Qatar is expected to become more difficult over the medium term. From December 2016, the Qatari government announced the coming into force of its New Immigration Law. Under this law, the Qatari government plans to change the sponsorship relationship, which forms the basis of the 'kafala' system, to one of an employment contract.

Furthermore, migrant workers employed under the 'kafala' system will no longer require their employer's permission to leave the country, but are instead required to apply to the Ministry of Interior which will in turn inform the employer. Migrant workers who have completed their fixed-term contracts will no longer need their employer's permission to take another job. In April 2019 the Qatari authorities announced that by the end of 2019 exit visas for all foreign workers, irrespective of the work sector, would be abolished. The death knell for the entire system may well have been sounded with the announcement in October 2019 that Qatar will reform and dismantle the 'kafala' scheme from 2020.

Under Qatar's New Immigration Law (which came into force in late 2016), a foreign worker may only apply for a work permit if they have an offer of employment from a Qatari national, a business registered as a legal entity or a resident family member on whom the individual is dependent.
Once the employer has made the application to the relevant Qatari labour authority, the expatriate employee will be issued their residence permit (if granted) within 30 days.

In a bid to make Qatar a more attractive international tourist and business destination for countries outside the Gulf region, in early August 2017 the Qatari government announced the launch of its new visa-free programme for more than 80 countries worldwide. Nationals from more than 33 countries will be allowed to enter and stay in Qatar for up to 180 days without a visa (only a valid passport is required), and citizens of another 47 countries will be permitted to stay in Qatar for up to 30 days without a visa. This will make business travel to the country far easier for a wide range of international companies. Citizens of GCC states and Turkey do not require a visa. Citizens from a wide array of countries (the main eurozone states, the United States, various Central Asian states, Japan and Malaysia) may apply for a 30-day visa on arrival.

ECONOMIC RISK
The primary economic threat for Qatar is lower energy prices, given its over-reliance on hydrocarbon exports. Nevertheless, the sheer size of the country's exports of LNG - Qatar accounts for one-third of global LNG trade - means that the fiscal account will remain roughly balanced even in a structurally lower energy price environment. In addition, Qatar has a vast sovereign wealth fund, estimated to hold assets equivalent to over 197% of GDP, which insulates it against external shocks.

OPERATIONAL RISK
Qatar is one of the GCC and regional outperformers in terms of the relatively sound operating environment that this market provides for businesses. Qatar is a regional outperformer for its logistics network, and the country provides a safer operating environment than many of its regional peers. Qatar has efficient tax, bureaucratic and legal systems; a low tax burden relative to its regional peers. Interstate tensions between Qatar and the Saudi-led bloc have become more thawed in recent months, and we do not expect tensions to escalate further. However, regarding trade, Qatar is perceived as less economically open than some of its Middle East and North Africa peers owing to its reliance on liquefied natural gas exports and various restrictions on foreign direct investment. Investors should also be aware of the considerable obstacles to investment, which include stringent laws governing the employment of expatriates and restrictions on foreign ownership in many sectors. 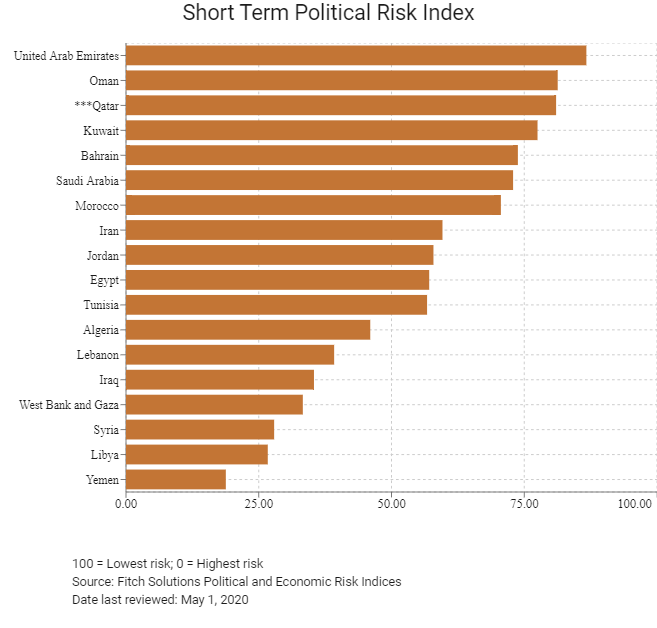 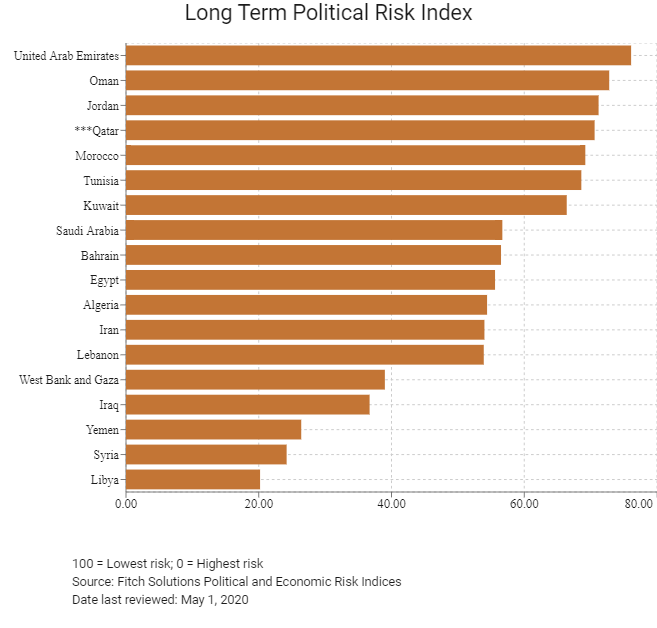 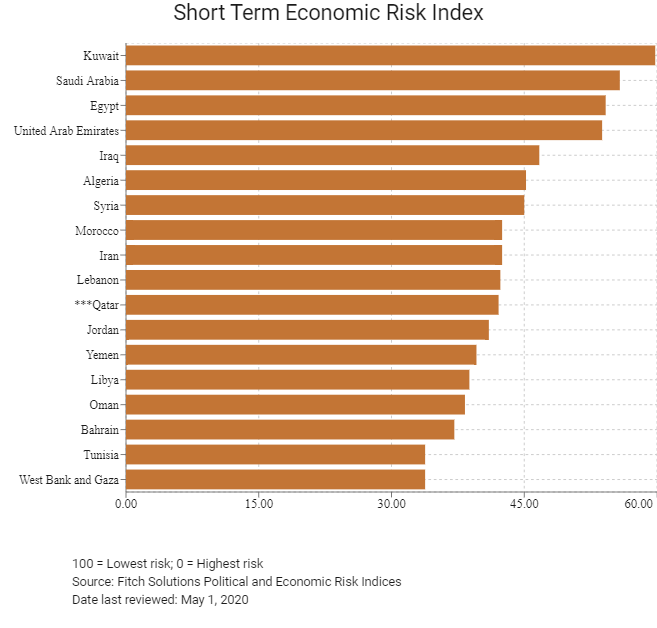 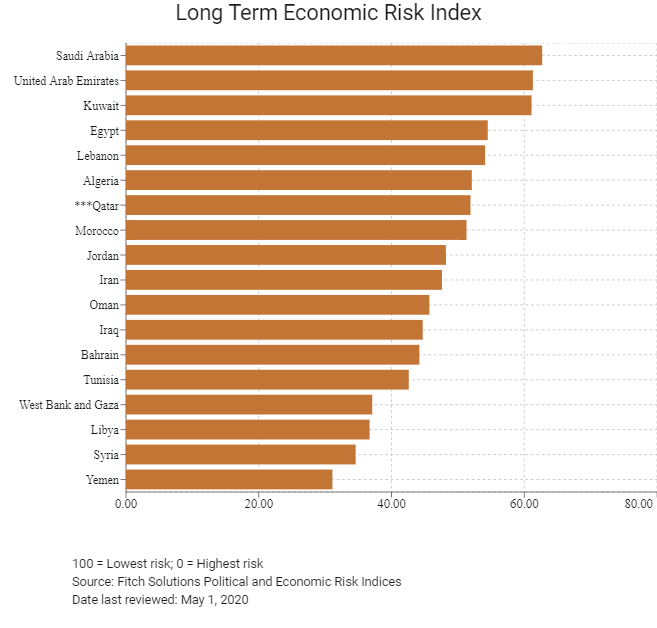 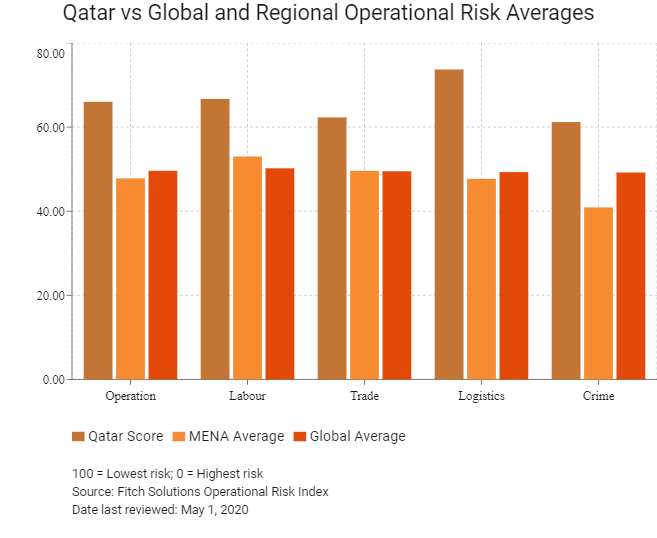 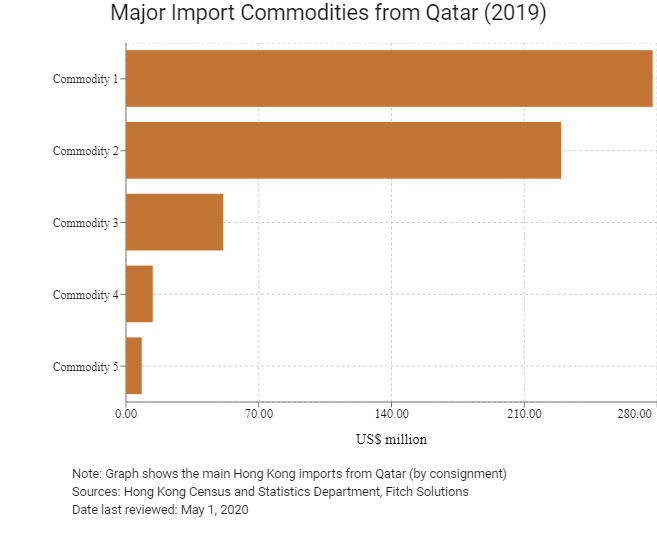 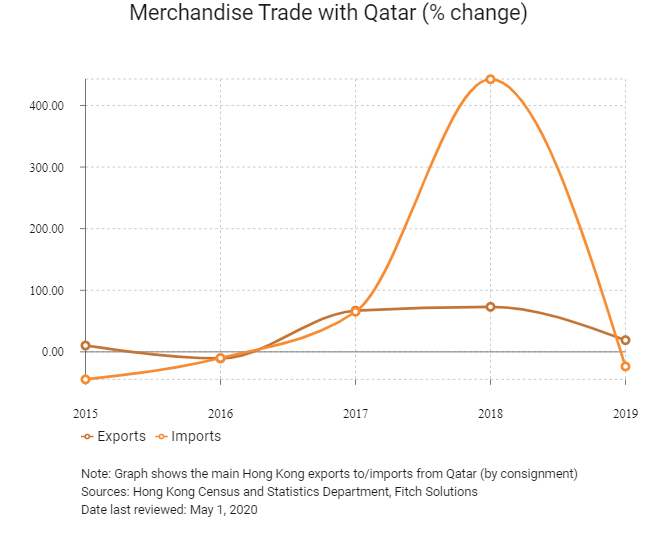 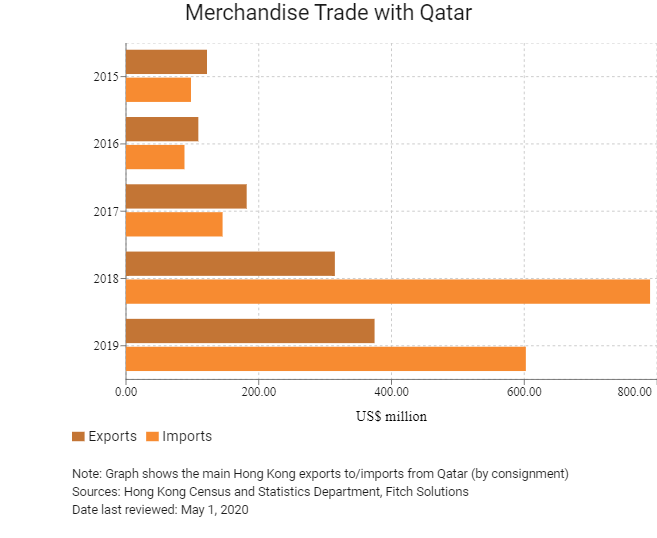 Treaties and agreements between Hong Kong and Qatar

The Arab Chamber of Commerce & Industry (ARABCCI)
The ARABCCI was established in Hong Kong in 2006 to promote commercial ties between Hong Kong, Mainland China and the Arab World.

Source: The Arab Chamber of Commerce and Industry, Hong Kong

Source: The Consulate General of Qatar in Hong Kong