Nigeria is a key African market, accounting for almost half of West Africa's population, and the country boasts one of the largest youth populations in the world. The country also has an abundance of natural resources, with vast oil and gas reserves, and significant agricultural potential. As a member of the Organization of the Petroleum Exporting Countries since 1971, Nigeria ranks as the largest oil producer in Africa and the 11th largest in the world. Nevertheless, oil prices continue to dictate the country's growth pattern due to a high reliance on the hydrocarbons sector for exports and fiscal revenues. As the government begins to implement structural reforms as outlined in its Economic Recovery and Growth Plan 2017-2020, growth can be expected to strengthen gradually if reform momentum is ramped up. Nigeria has made significant progress in socioeconomic terms over the last 15 years; however, the country continues to face massive developmental challenges, which include diversifying the economy, addressing insufficient infrastructure, and building strong and effective institutions, governance structures and public financial management systems.

July 2018
The Dangote Group mobilised more than USD4.5 billion in debt financing to build an oil refinery project, with a capacity of 650,000 barrels per day.

October 2018
The Nigerian government announced plans to add 4.2GW of electricity to the national grid from 2018-2020. A total of eight underutilised power projects had been selected to deliver incremental power to industrial centres and rural communities in the country. The projects included the Aba Integrated Power Project, the Alaoji combined-cycle gas power plant, the Afam IV gas plant rehabilitation, Afam V gas project rehabilitation and a Seplat gas facility.

December 2018
Nigeria replaced Togo as the revolving head of the 15-nation Economic Community of West African States grouping at the United Nations.

February 2019
General elections were due to be held on February 16, 2019, but were postponed to February 23, 2019, as a result of logistical problems. President Buhari was declared the winner after the sixth quadrennial elections since the end of military rule in 1999.

October 2019
Nigeria announced the closure of all its land borders and the movement of all goods. This may be reviewed in January 2020.

November 2019
The Nigerian Senate approved an increase in the value-added tax rate to 7.5% from 5.0% in a move that aimed to help the government shore up fiscal balances.

November 2019
President Buhari announced that he signed into law a bill that amended legislation on agreements related to offshore oil production. The new Act amended the previous law – with regard to the assignment of royalties found in Section 5 of the Deep Offshore Decree of 1999 – and set a time frame for the review of production sharing contracts with specific penalties for non-compliance with the law. The new amendments made no further changes to fiscal terms and appeared to provide no incentives for new developments.

November 2019
The African Development Bank sanctioned USD210 million to support the Nigeria Transmission Expansion Project, to be executed by Transmission Company of Nigeria (TCN). The project aims to rehabilitate and modernise the power lines to improve distribution and supply across Kano, Kaduna, Delta, Edo, Anambra, Imo and Abia states. The financing would be directed towards the modernisation of existing 263km of 330kV lines and the construction of 204km of new lines to increase TCN's wheeling capacity, stabilise the grid and reduce transmission losses. The project is part of the country's USD1.6 billion Transmission Rehabilitation and Expansion Programme.

May 2020
The government reviewed its 2020 budget assumptions, following the impact of the Covid-19 pandemic, and the associated expected large fall in oil revenues, announced plans to cut/delay non-essential capital spending in 2020. A fiscal stimulus package in the form of a Covid-19 intervention fund of NGN500 billion (USD1.4 billion) was approved by the president to support healthcare facilities, provide relief for taxpayers and incentivise employers to retain and recruit staff during the downturn. Import duty waivers for pharmaceutical firms would be introduced. Regulated fuel prices had been reduced and an automatic fuel price formula introduced to ensure fuel subsidies are eliminated. The president also ordered an increase of the social register by 1 million households to 3.6 million to help cushion the effect of the lockdown.

2020-2021
The Dangote refinery is scheduled to come online by 2021, adding 650,000 barrels per day of extra capacity and making Nigeria a net fuels exporter. Petrolex Oil & Gas is also undertaking a front end engineering design study for a USD3.6 billion (250,000 barrels per day) refining complex in Ogun state, and is aiming to complete construction by 2021. 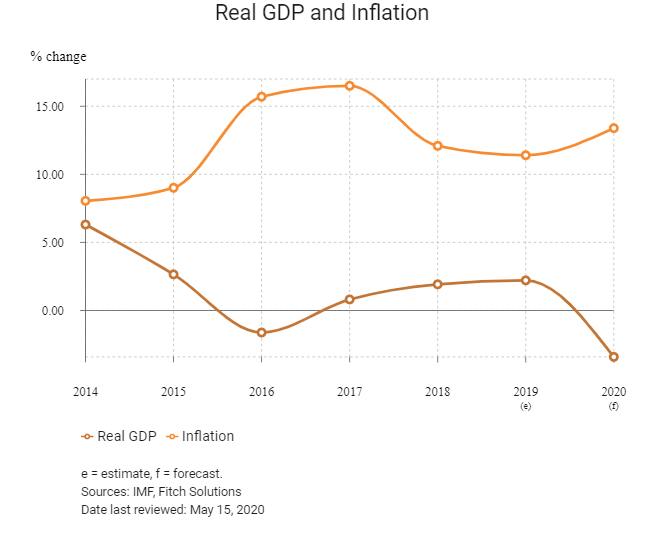 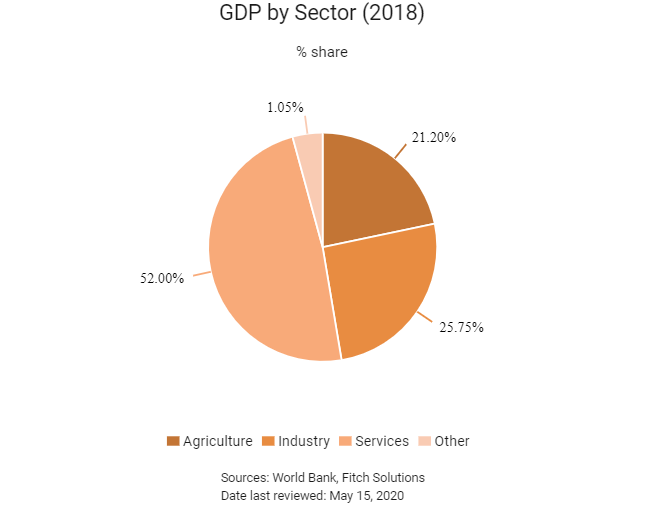 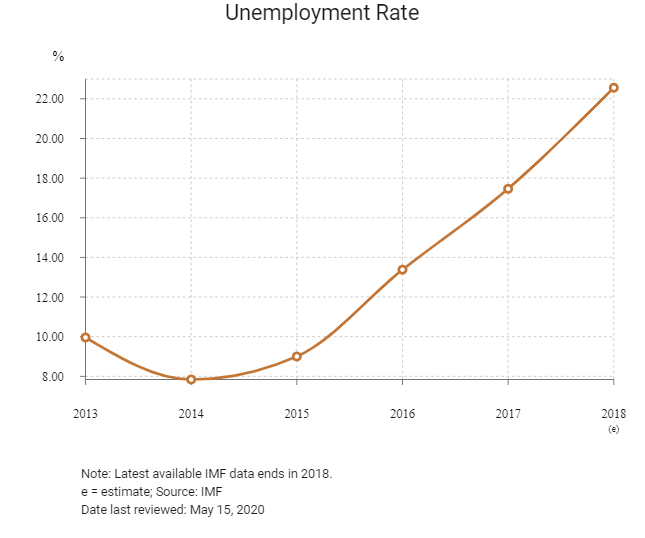 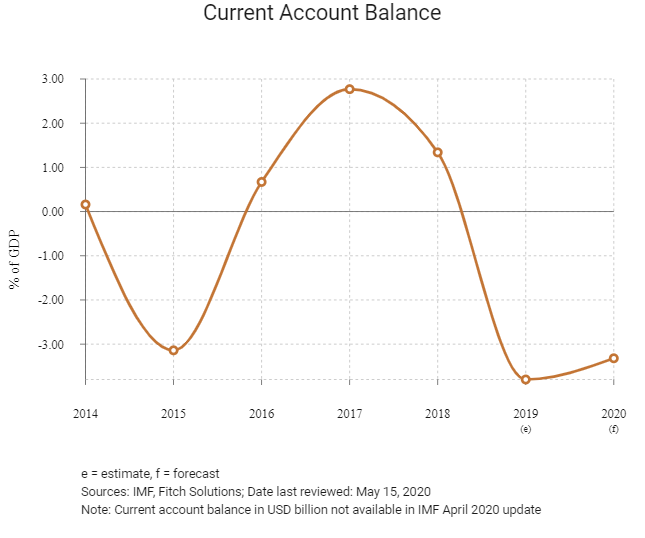 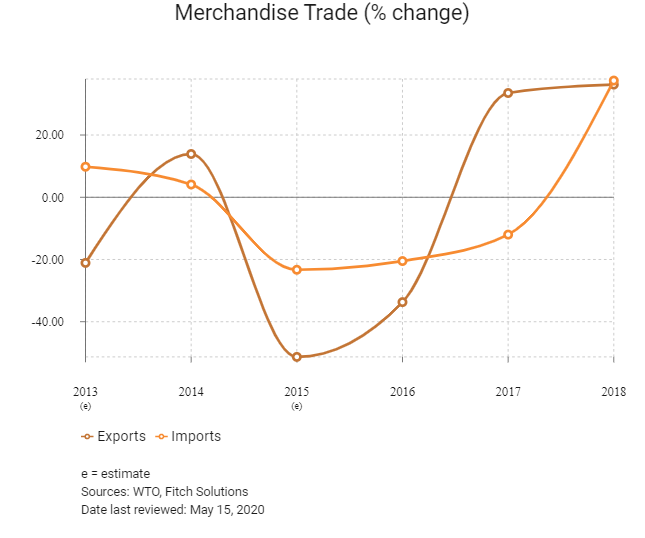 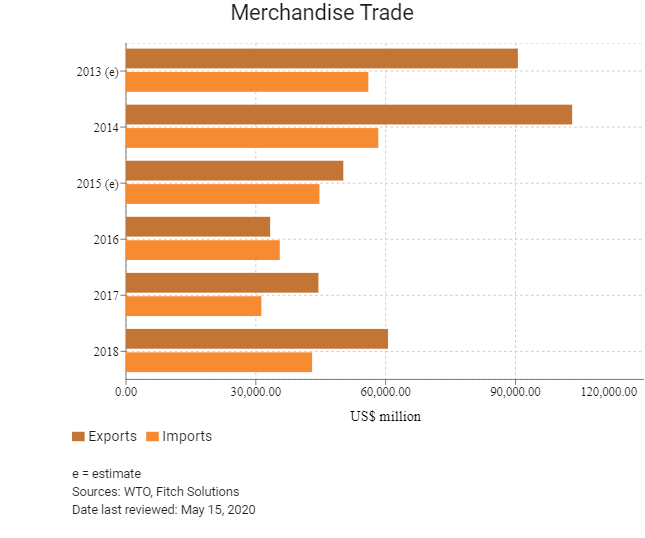 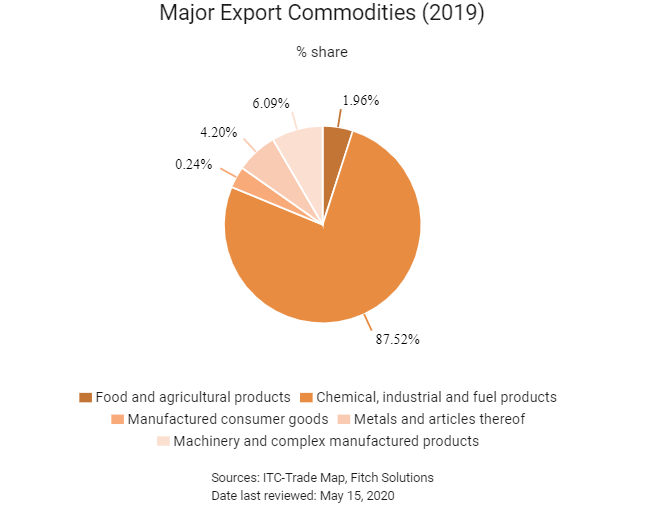 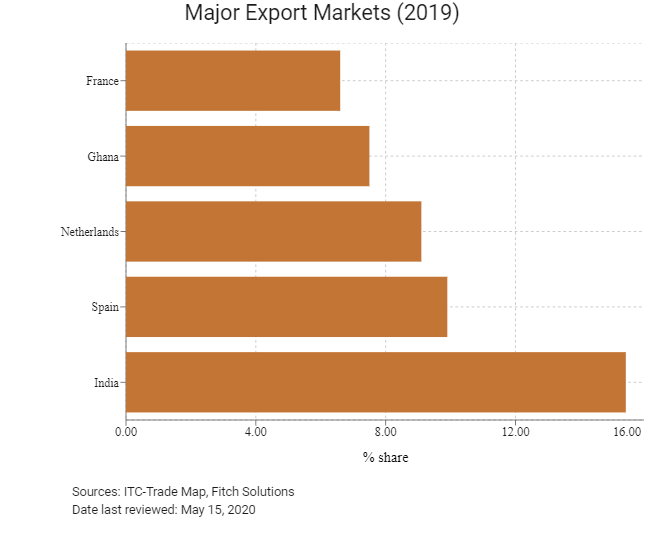 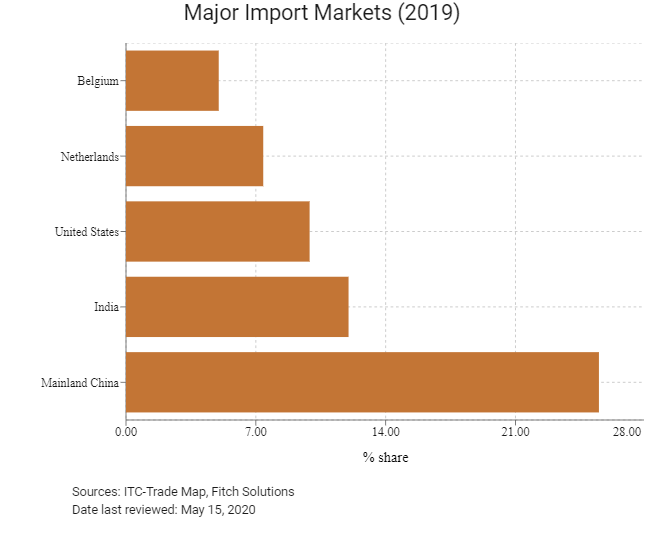 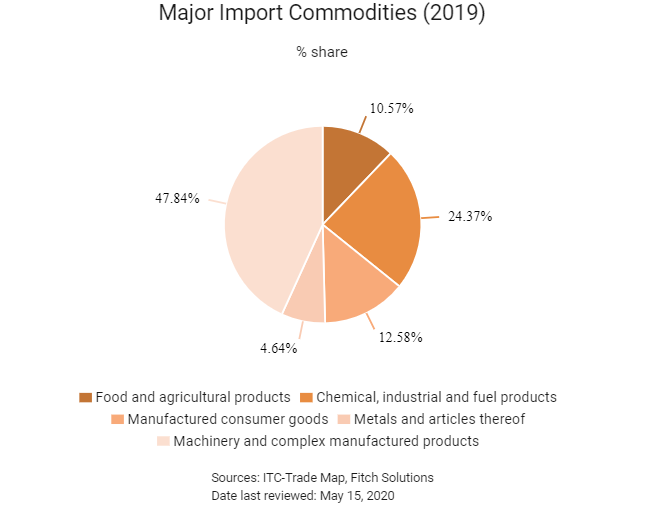 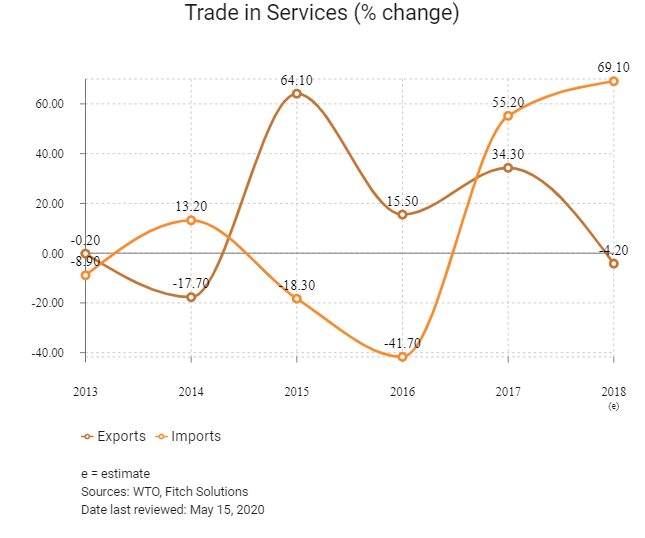 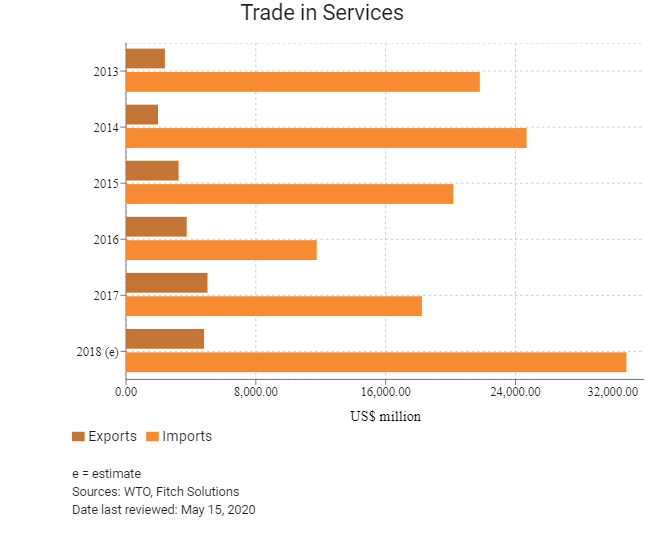 EU-ECOWAS Economic Partnership Agreement (EPA): The EPA between the EU and ECOWAS will create free trade zones (FTZs) between member states of the two blocs, allowing the entry of some imports from Europe into West Africa and vice versa, free of tariffs. The signing of the interim EPA with the EU by Ghana and Côte d'Ivoire may have put a strain on the ETLS as Nigeria's President Muhammadu Buhari refused to sign the West Africa-EU free trade deal. Tariffs on non-oil exports from Nigeria to the EU are to remain in place until the country signs the EPA, which it has been reluctant to enter into due to fears that it will open up the market to EU imports, and thereby slow domestic manufacturing growth. 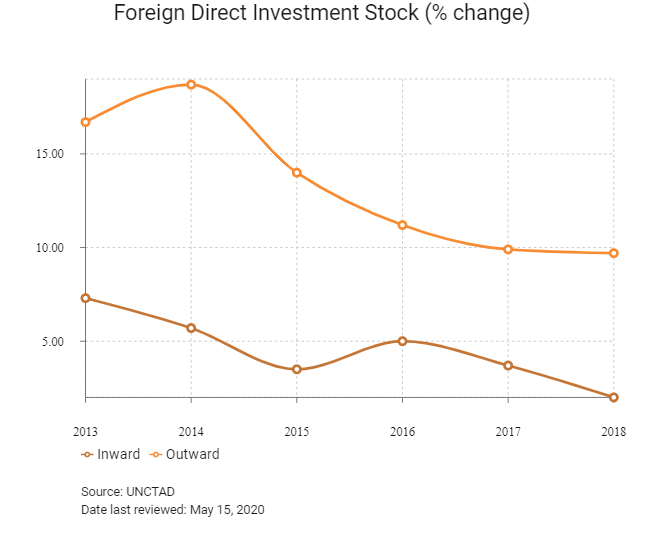 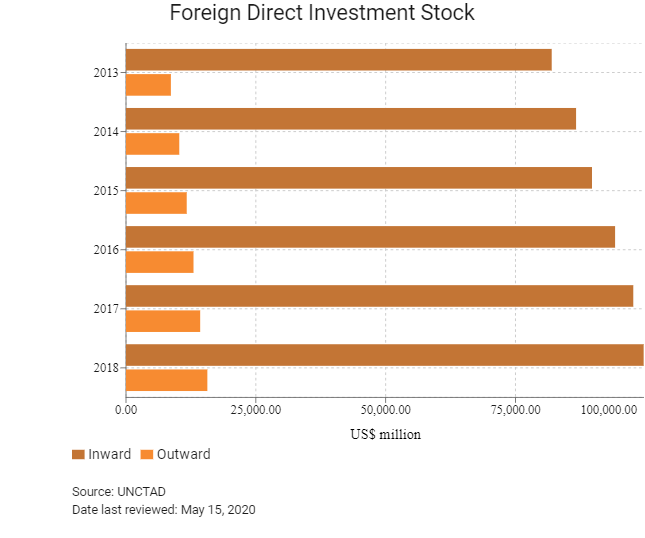 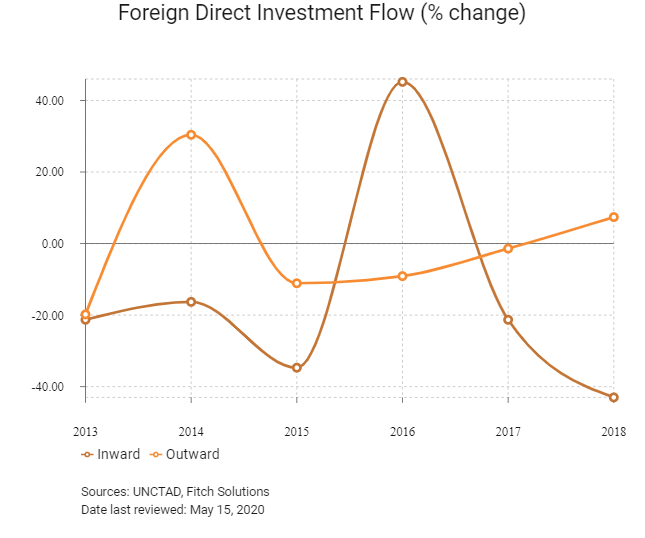 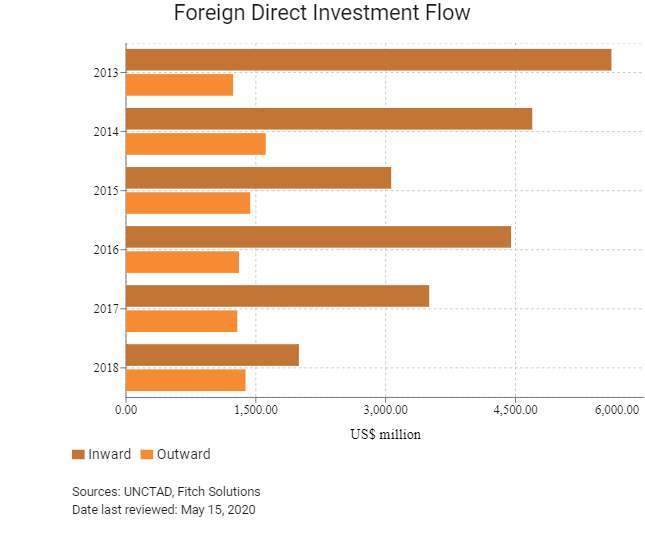 Nigeria has expanded the availability of visas on arrival and broadened the list of activities permitted for both visas on arrival and consular business visas. Effective in 2017, foreign nationals from countries that do not have a Nigerian embassy will be eligible to obtain visas on arrival at a port of entry. Activities that will be permitted on a visa on arrival or consular business visa include meetings, negotiating contracts, conducting sales, job interviews, training or research, purchasing and distributing Nigerian goods, attending trade fairs, and participating in emergency or relief work. The changes to the visa rules for foreign business travellers and investors are part of the Nigeria Immigration Service's 60-day action plan to make it easier to do business in Nigeria.

Existing labour regulations continue to restrict the employment of foreign nationals, particularly in low-skilled positions. Work permits are required for all foreign nationals intending to work in Nigeria. The Executive Order signed in February 2018 prohibits the Ministry of Interior from providing foreign workers with work visas if their skills and expertise are already available locally in Nigeria. Furthermore, the Executive Order elaborates that foreign professionals will be considered for contracting purposes only in cases when it is certified by relevant Nigerian authorities that their expertise is not available in Nigeria. Finally, the Executive Order explicitly directs national ministries, departments and agencies to engage local professionals in the planning, design and execution of national security projects. Employers hiring foreign workers must obtain an expatriate quota and a business permit from the Ministry of Internal Affairs. Only workers coming from other Economic Community of West African States member countries do not need a work permit.

The costs of employing foreign workers are generally high in Nigeria, owing to high relocation expenses and processing fees for work and residence permits. There are other fees relating to the renewal of quota positions, restoration of lapsed quotas and other services relating to the employment of foreign workers. The main way to legally work in Nigeria is by acquiring a Combined Expatriate Residence Permit and Aliens Card (CERPAC). This document is a combined residency and work permit, but involves a lot of paperwork. An employment contract is a prerequisite for obtaining a CERPAC. In addition, there is limited flexibility for workers to change jobs on the same permit and this would require a re-application process.

There are four different types of entry permits for Nigeria: tourist visa, business visa, temporary work permit (TWP) visa and subject to regularisation (STR) visa. The STR is required for taking up paid employment as an expatriate in Nigeria.

The business visa is for business-related purposes only, except employment. The TWP allows holders to perform specific short-term work only – for example, equipment repairs, research, auditing and installation work. The TWP is a short-term work and residence permit granted to foreign nationals invited by corporate bodies to provide specialised, skilled services. It is valid for three months and can be renewed at the discretion of the Nigerian authorities.

The CERPAC enables a foreign employee to work and live in Nigeria. To obtain a CERPAC, the Nigerian company must have obtained an expatriate quota approval and the foreigner must have obtained an STR visa. The official cost of a CERPAC is more than USD1,400 and the process usually takes three to six days. The CERPAC is valid for one year and may be renewed on expiry.

ECONOMIC RISK
Oil is a major pillar of the Nigerian economy, and when prices were high and production robust, it helped the country garner large foreign reserves, a relatively healthy current account position and low foreign debt (the country had paid off much of its debt in 2006). However, since the price slump in 2014, the structural weakness of an overreliance on oil exports has been highlighted. After only gradually recovering from the 2016 recession, the economy faces a contraction again in 2020. The collapse in crude prices may hinder domestic production, battering FX and fiscal revenues and adding pressure to the country's international reserves and the currency in turn. The Covid-19-induced disruption to activity further dampens the outlook. That said, its power sector's reforms and transport infrastructure capacity building are crucial for long-term productivity gains and industrial diversification. Overall, the long-term outlook remains challenging, weighed by elevated unemployment, insecurity challenges, power shortages, still-low crude prices and a more subdued global economic backdrop.

OPERATIONAL RISK
Nigeria's vast natural resources, as well as strong economic and population growth over the past decade, have given rise to a growing consumer class and expanding labour pool, and attracted considerable investor interest. However, the country remains a difficult operating environment. Businesses operating in Nigeria face heightened security costs, an uncertain regulatory environment, limited labour and capital mobility and uncompetitive import conditions. Nigeria's economy remains strongly tied to the performance of the oil sector, and overall economic activity is unlikely to reach levels seen over the past decade, on the back of weak oil-driven growth, limited reform momentum and sluggish non-oil sector activity. Nigeria's non-oil sector growth potential remains constrained by the acute shortcomings in the country's utilities and transport sectors, high levels of social instability in the restive regions of the country and high structural reliance on sustained oil output for government revenues and economy-wide foreign currency liquidity. Criminal activity and recurrent militant attacks on critical infrastructure threaten the safety of foreign workers and business operations. This also disrupts the country's predominantly gas-reliant power supply and limits freight transit routes. 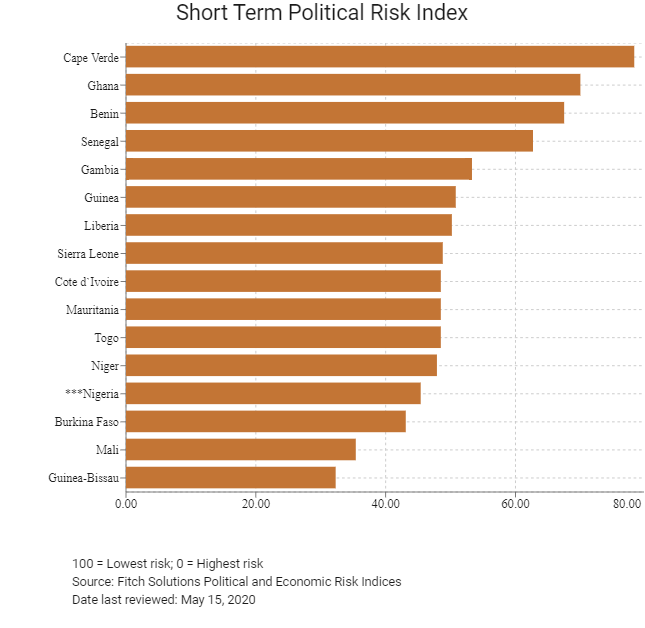 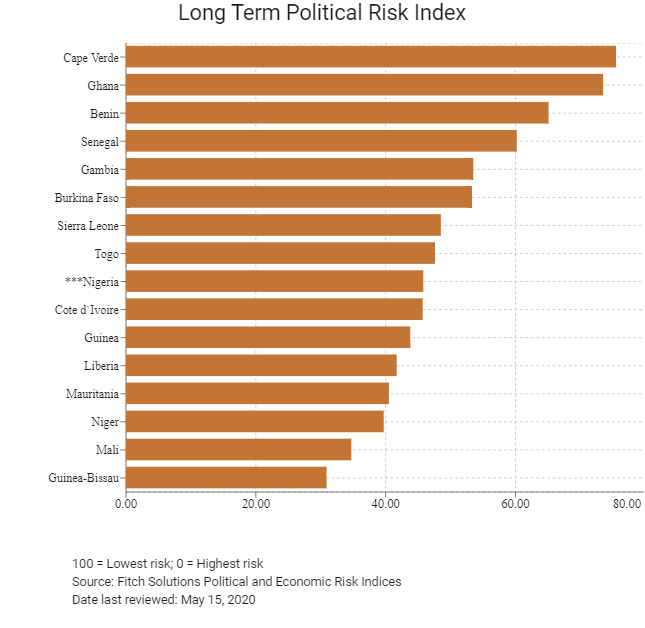 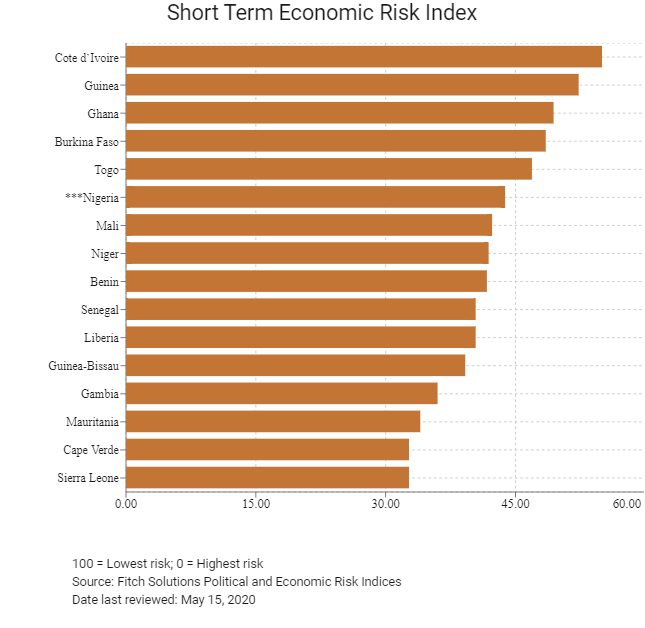 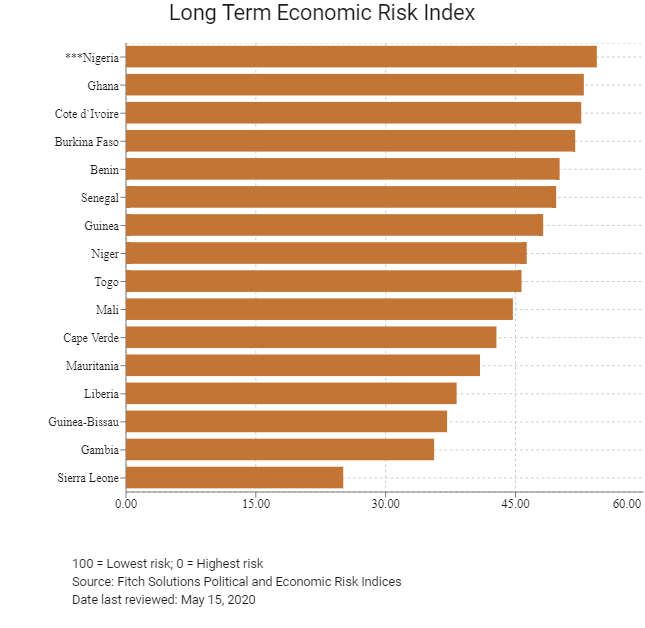 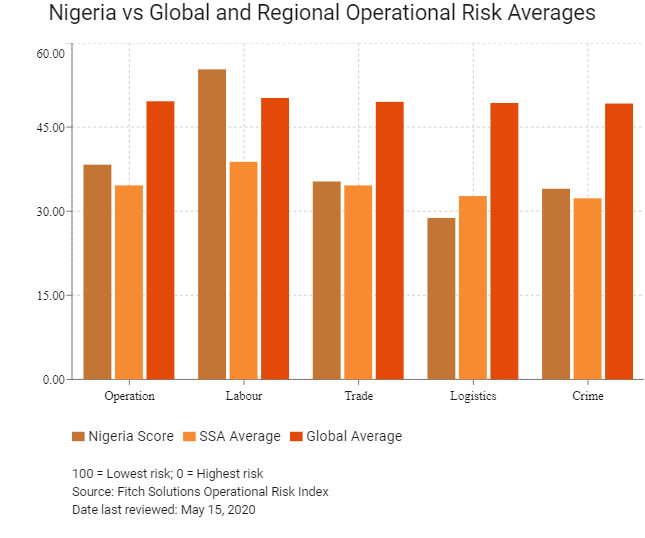 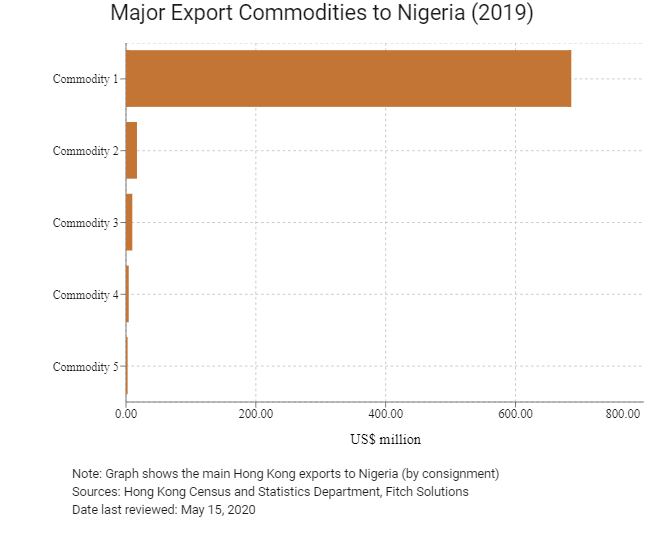 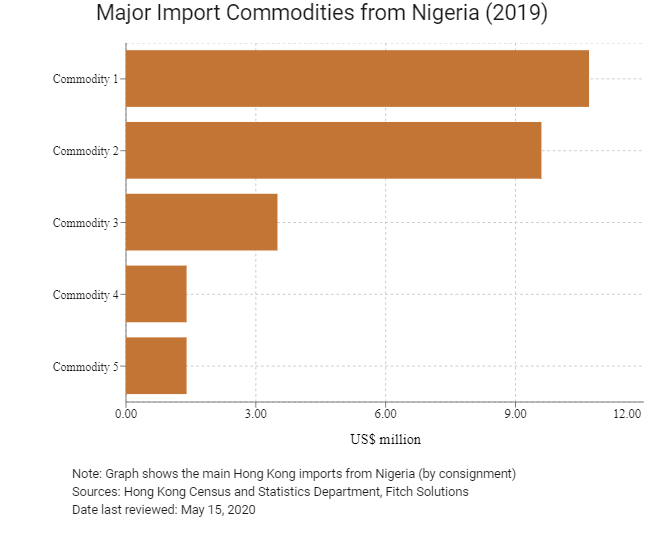 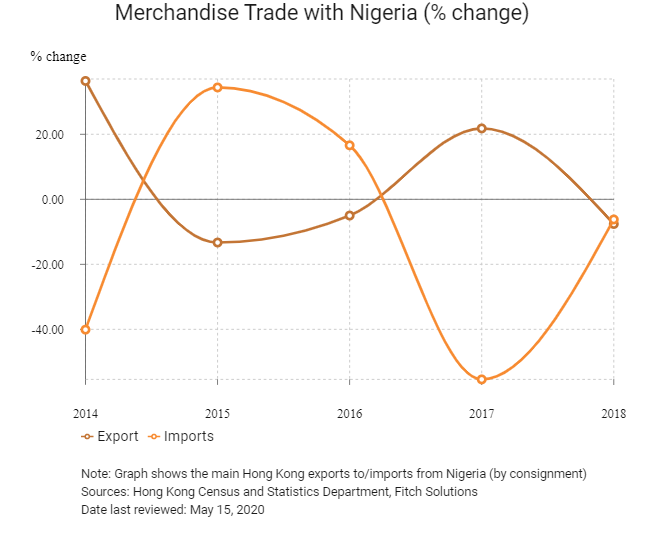 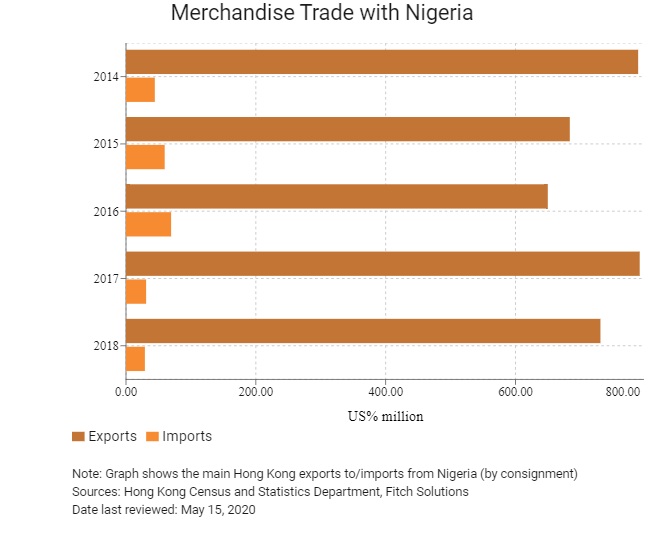 Treaties and Agreements between Hong Kong and Nigeria

Tax treaty negotiations are in progress between Nigeria and Hong Kong. The first round of talks was carried out in February 2017.