The ten member-states of the Association of South-East Asian Nations (ASEAN) have enjoyed a remarkable decade of economic success. The region has doubled its gross domestic product (GDP) and raised its share of global merchandise exports by 50%. But, during the past few years, ASEAN’s share of global trade has levelled off, with total merchandise export value peaking in 2014 and the inflow of foreign direct investment peaking in 2013.

To remain a growth powerhouse, ASEAN must continue to boost its competitiveness, particularly as China, India and other developing nations raise their games. ASEAN’s own research identifies infrastructure as key to raising competitiveness. Telecommunications, power, roads, rail and ports provide the backbone of modern competitive supply chains, and more efficient supply chains will increase ASEAN’s appeal to global manufacturers.

ASEAN also needs to step up its infrastructure spending to cope with its daunting demographic changes. Between 2015 and 2030, ASEAN will have added 60 million to its working population and 80 million new middle-class households will have come into being. Most of that growth will occur in cities, which are expected to gain 100 million new residents by 2030 – the equivalent of 20,000 newcomers every day. Each will require housing, water, transportation, and power. They will look also for improved education and health facilities.

Financing infrastructure on such a scale presents ASEAN nations with an unprecedented challenge. The Asian Development Bank (ADB) estimates ASEAN will require USD3 trillion in infrastructure investment between 2016 and 2030. Current bank and capital-market finance will be insufficient: USD3 trillion is equivalent to 90% of ASEAN’s total banking assets, or 130% of the region’s stock market capitalisation. Even with public finance reforms, according to the ADB, the public sector can provide only 50% of the required investment.

Closing this gap is a shared challenge for business and governments across ASEAN. Public funds for infrastructure are constrained in most countries because of imperatives for social spending. Concessionary finance from donor nations or multilateral institutions is likewise limited. ASEAN has high domestic savings, but most are in cash, short-term bank deposits, or property, thus unavailable for long-term investment. Growing the insurance sector, pension funds and capital markets will create pools of long-term savings, but this could take decades. 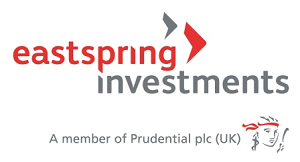