Turkmenistan is a large but sparsely inhabited country with abundant hydrocarbon resources, particularly natural gas, and located in a strategically important region. Turkmenistan's gas reserves are estimated to be the world's fourth largest, representing about 10% of global reserves. In addition, the country is a major producer of cotton and a net exporter of electricity. It is also rich in petroleum, sulphur, iodine and several other inputs to the chemical and construction industries. That said, the public sector and bureaucratic state-owned entities continue to dominate the economy and the labour market. Apart from the hydrocarbon sector, foreign direct investment remains limited and principally linked to suppliers' contracts. The government's industrial policy looks to reduce imports, diversify its gas export routes beyond the existing pipeline network – such as the construction of the Turkmenistan-Afghanistan-Pakistan-India (TAPI) pipeline project, launched in 1995 – to avoid overreliance on a single client, and to promote non-hydrocarbon activity. Nevertheless, tight administrative controls, difficulties with foreign currency shortages and the sclerotic public sector's large overall role in economic activity remain the key obstacles to private sector development and economic diversification in Turkmenistan.

January 2017
Gas supplies to Iran were cut in a dispute over pricing.

September 2017
Turkmenistan launched the USD1.5 billion Garabogazkarbamid nitrogen fertiliser plant, located near the Caspian coastal city of Garabogaz, in the Balkan Region. The project also involved the construction of a 50MW natural gas-fired combined heat and power plant, as well as an access road to Bekdash port and a new water-treatment plant.

October 2017
President Berdymukhamedov signed a decree to gradually phase out subsidies for water, gas and electricity, stating that the money saved would help to fund a seven-year investment programme.

February 2018
Regional leaders strengthened construction work on the Afghanistan section of the TAPI natural gas pipeline that will link Turkmenistan to Pakistan and India.

August 2018
The five littoral Caspian nations (Azerbaijan, Iran, Kazakhstan, Russia and Turkmenistan) agreed upon a legal framework to share the world's largest inland body of water, which bridged Asia and Europe, and had reserves of oil and gas.

November 2018
The Asian Development Bank approved a USD500 million loan in November 2018 for the USD675 million National Power Grid Strengthening Project. The loan aimed to boost Turkmenistan's transmission network and make power supply in the country more reliable. When complete in 2023, the project would help to boost Turkmenistan's capacity to trade electricity and increase the volume of current electricity exports to Afghanistan.

January 2019
President Berdymukhamedov announced the start of construction of a new highway, by a specially set up company Turkmen Autobahn, that would connect Ashgabat and Turkmenabat, to which USD2.3 billion had been allocated.

The president's son was appointed deputy governor of Ahal province.

March 2019
Representatives from Pakistan and Turkmenistan met to discuss connecting the two countries' power grids in order to export and import electricity between the two. The connection would supply Afghanistan with power. Currently, Afghanistan relied on imported electricity for the majority of the power that it consumes.

April 2019
Deputy Prime Minister Dadebay Amangeldyev announced that Turkmenistan would reconstruct the 225-kilometre highway from the city of Turkmenbashi (formerly Krasnovodsk) on the Caspian Sea coast to the border with Kazakhstan to help boost internal trade and with neighbouring states.

July 2019
Turkmenistan signed a five-year contract to supply Russia with natural gas. In 2016 Russia had suspended supplies of gas from Turkmenistan.

August 2019
The inaugural Caspian Economic Forum was hosted in Awaza, Turkmenistan, and it was attended by Russia, Iran, Azerbaijan and Kazakhstan. Territorial issues were discussed in relation to exploitation rights in the Caspian Sea.

October 2019
The European Union (EU) lifted a ban on flights by Turkmenistan Airlines within EU territories, which had been in place since February because of concern over compliance with air safety standards.

November 2019
At the end of 2019 the European Bank for Reconstruction and Development had more than EUR290 million invested in various sectors of the Turkmen economy within 75 investment projects throughout the country. 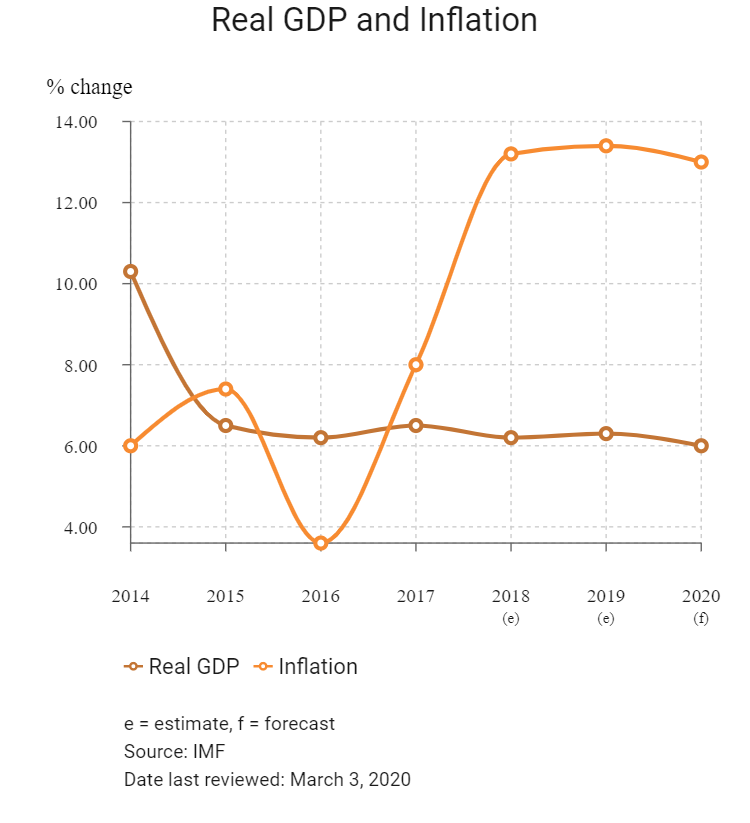 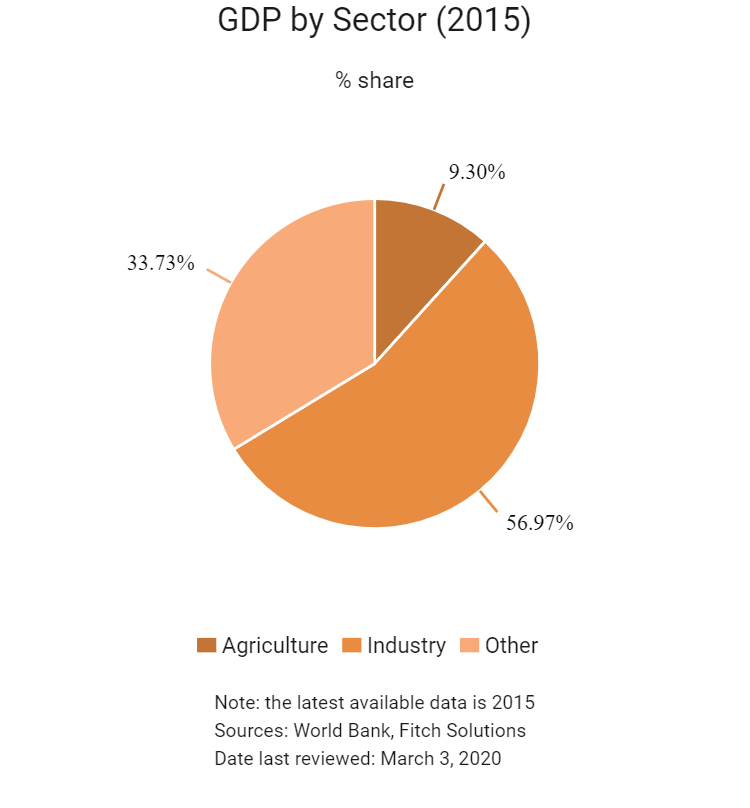 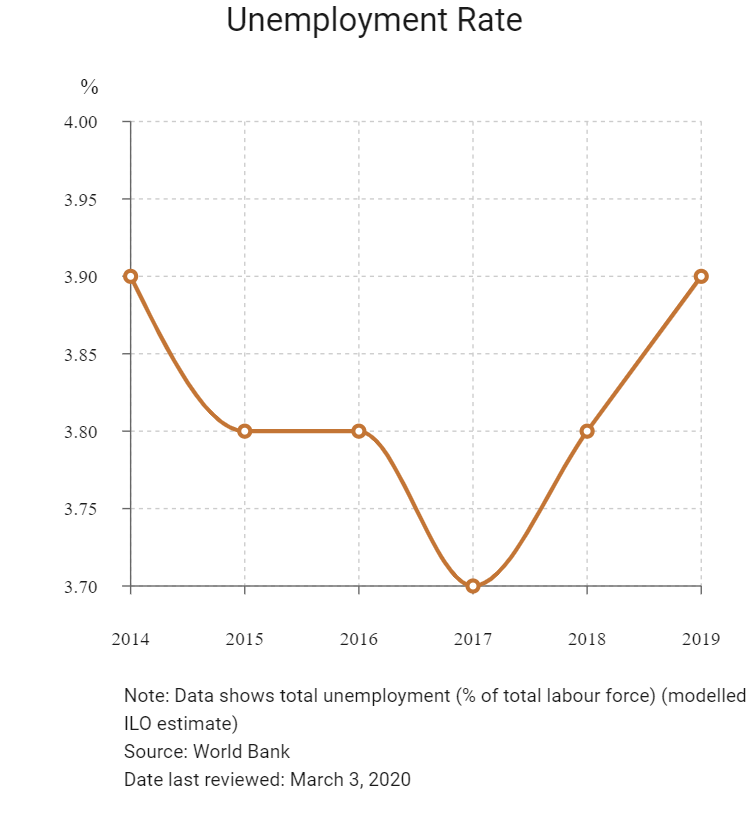 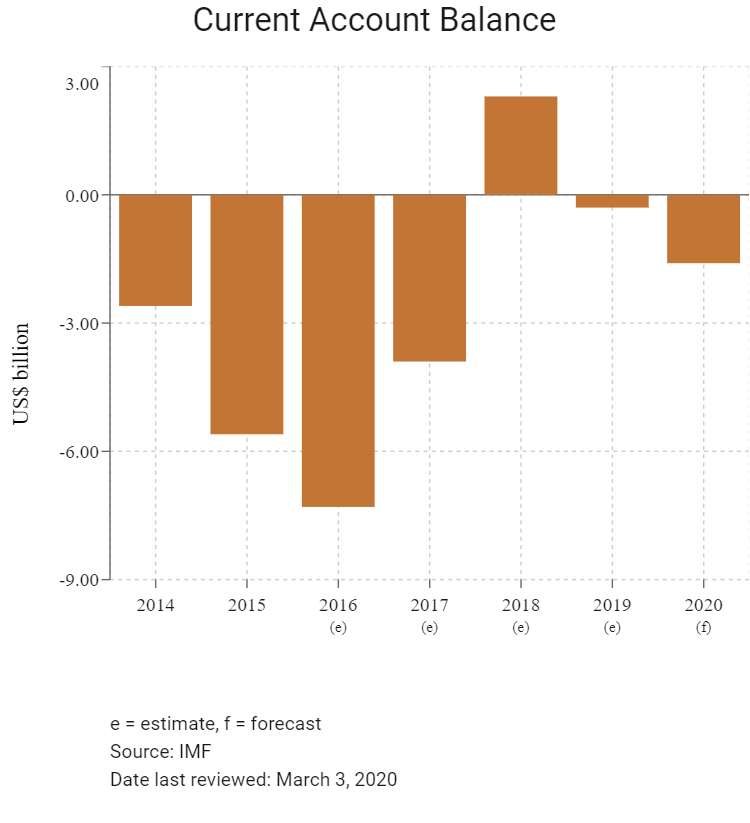 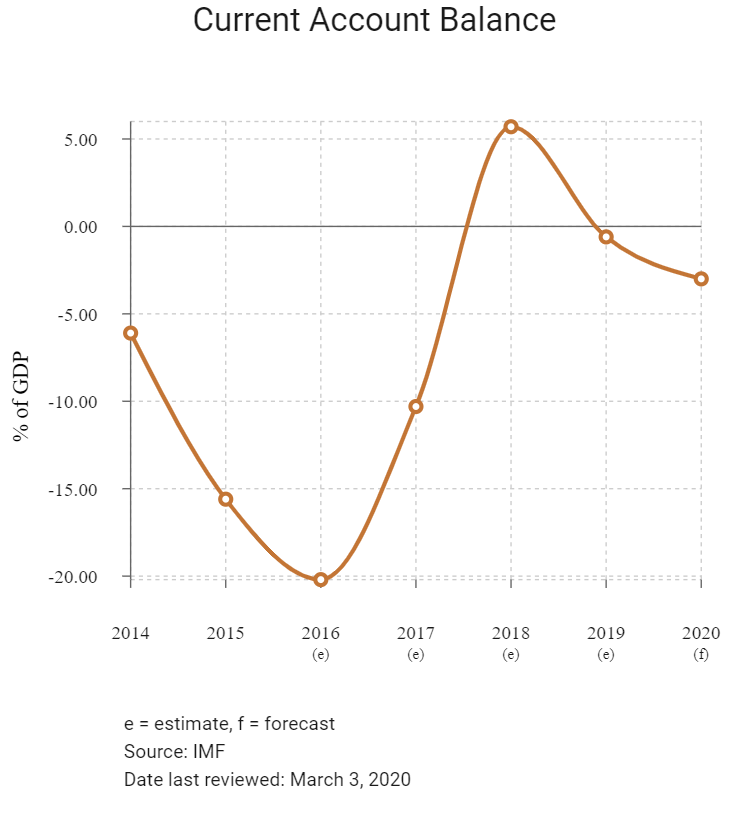 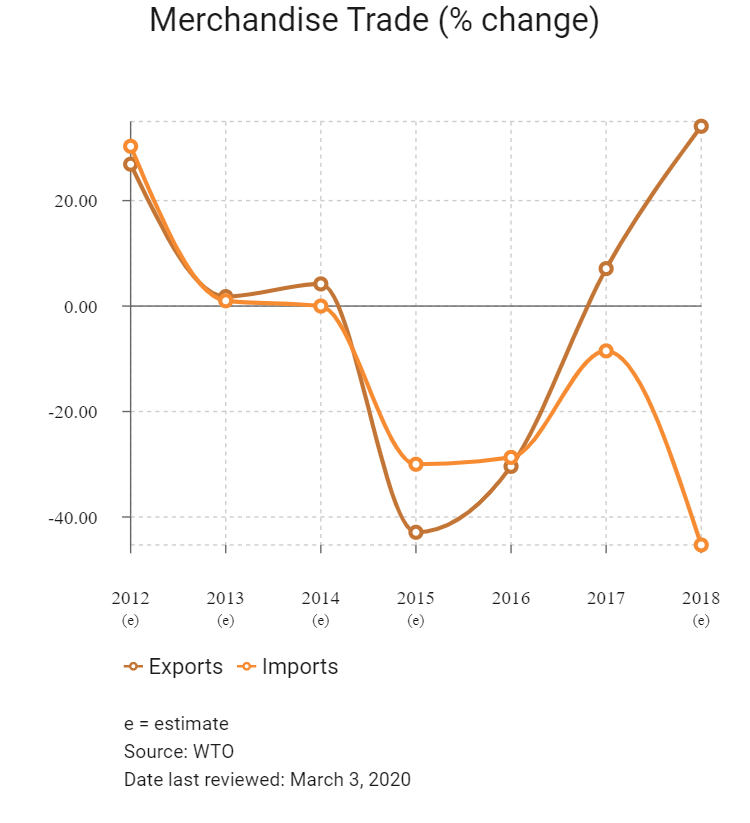 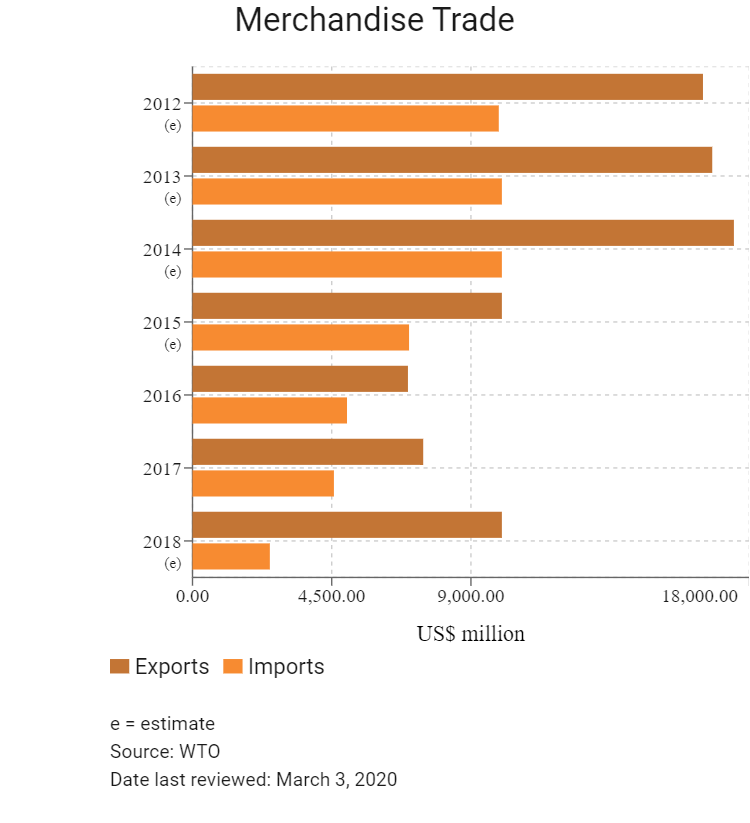 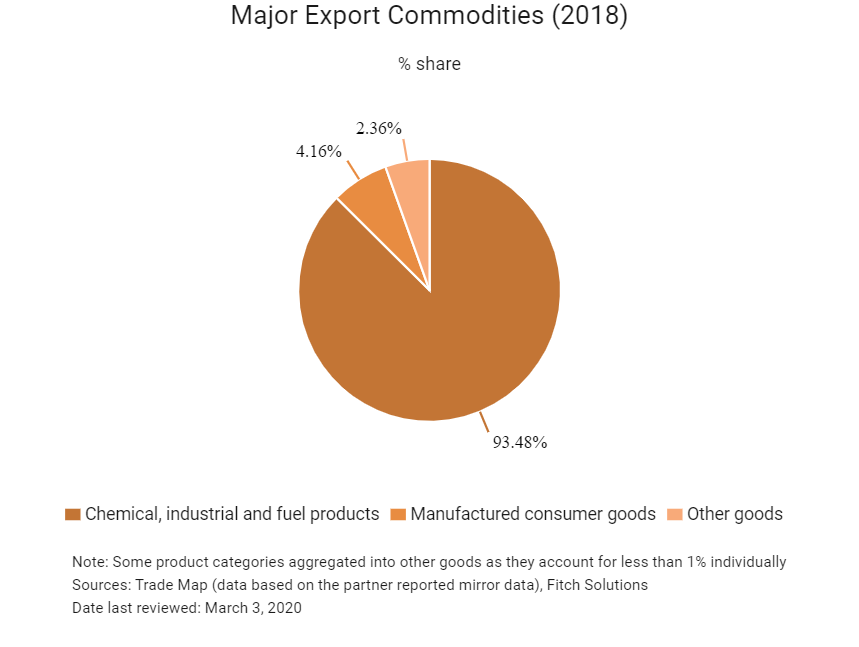 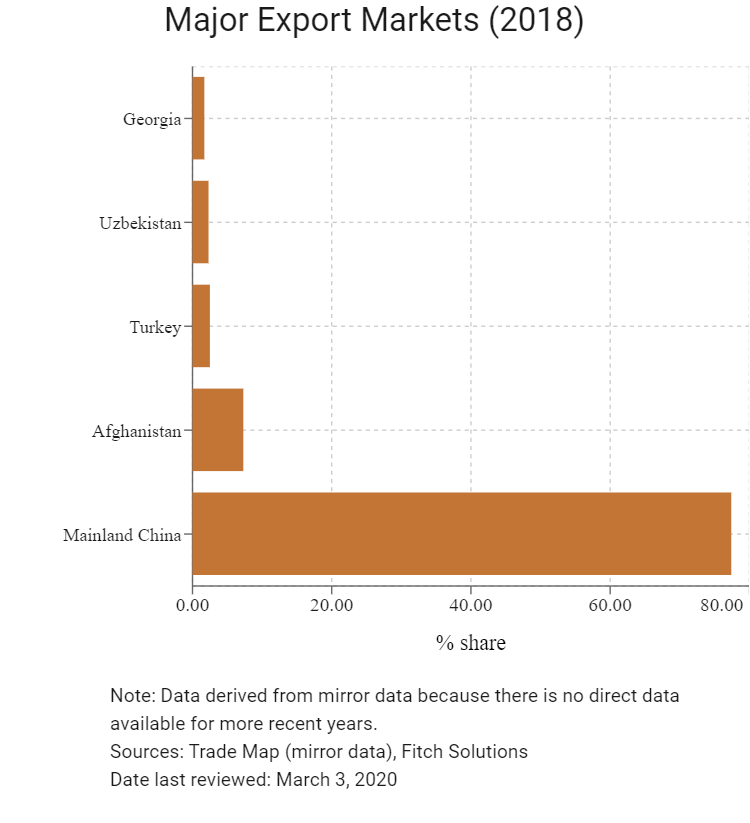 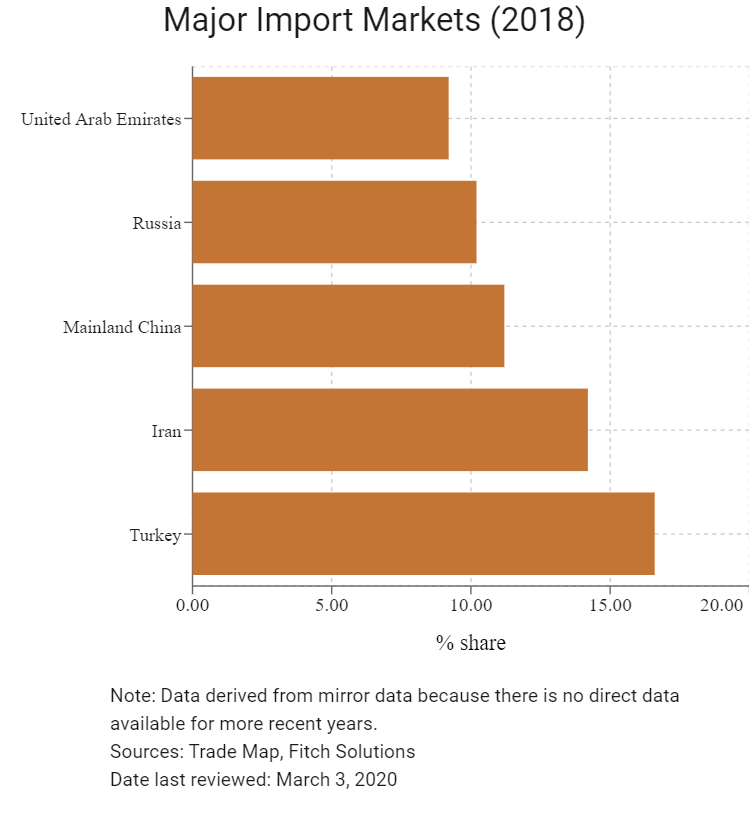 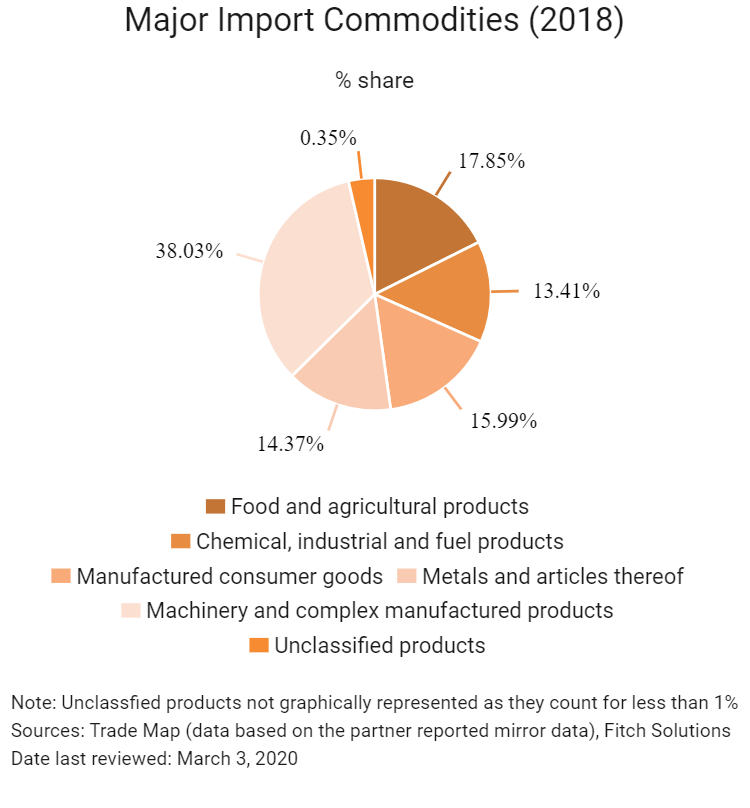 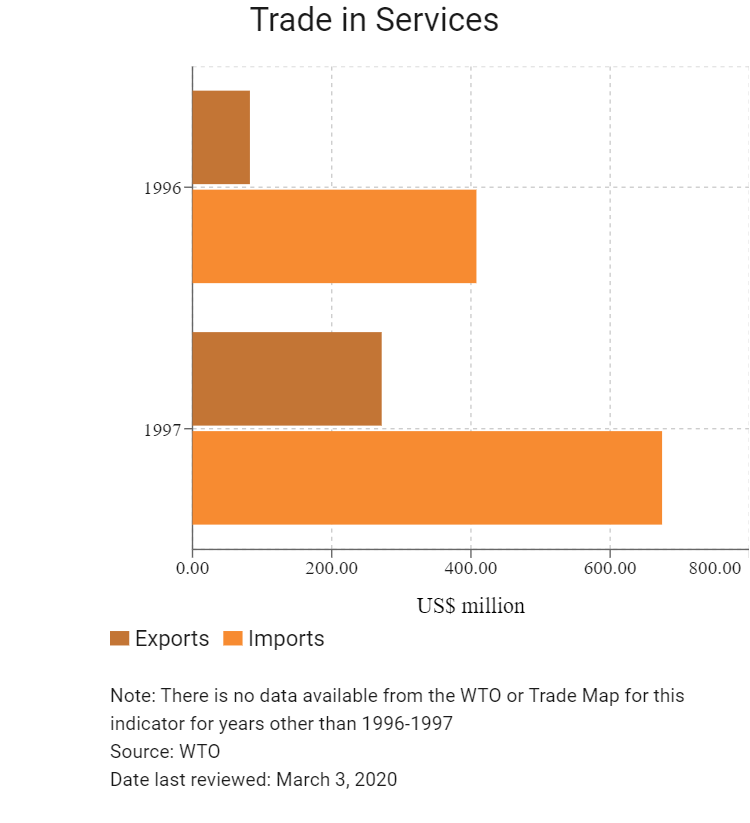 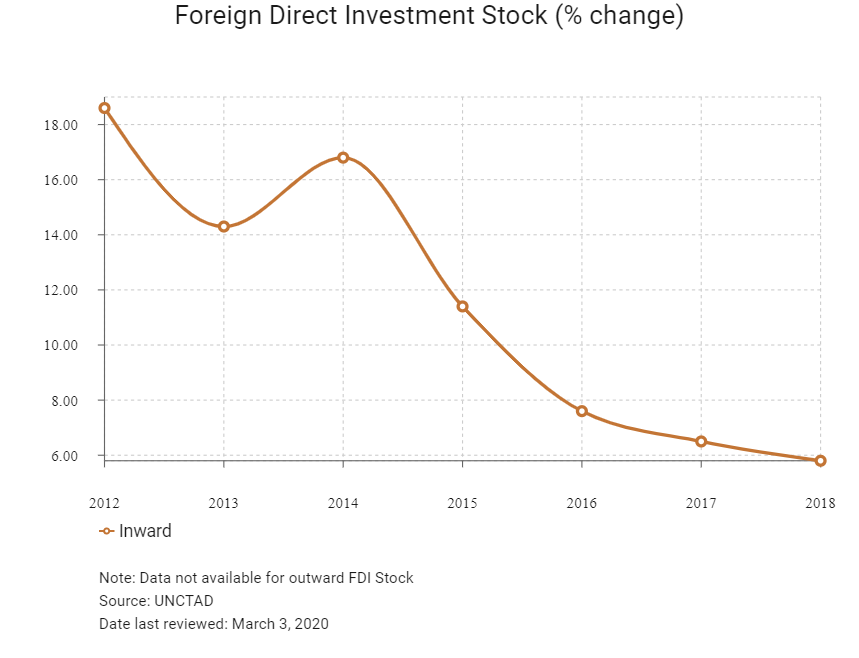 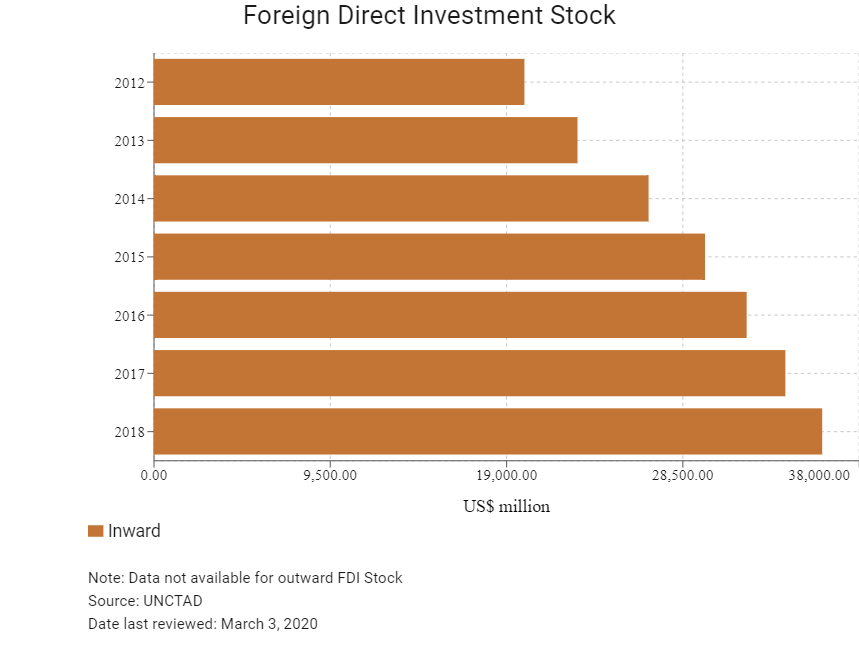 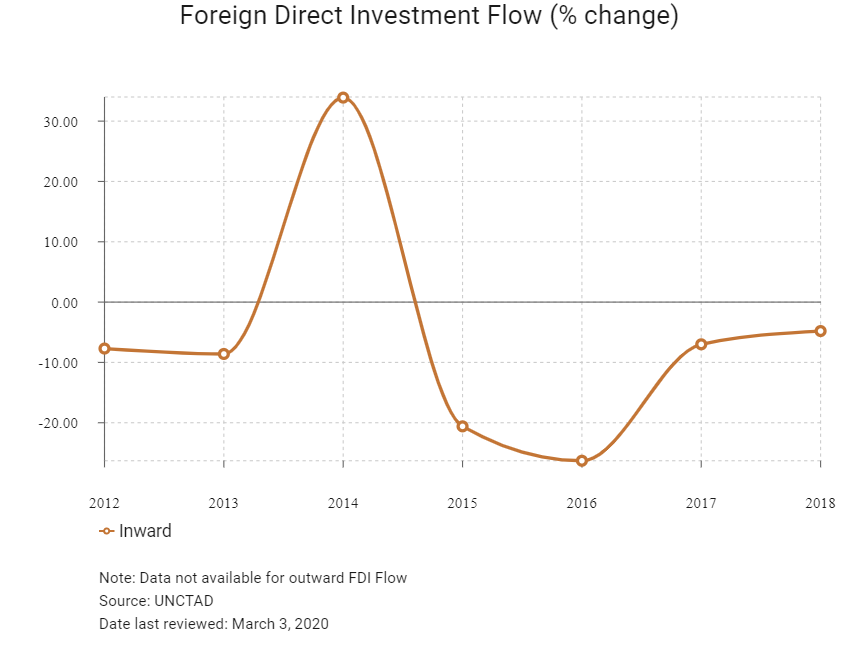 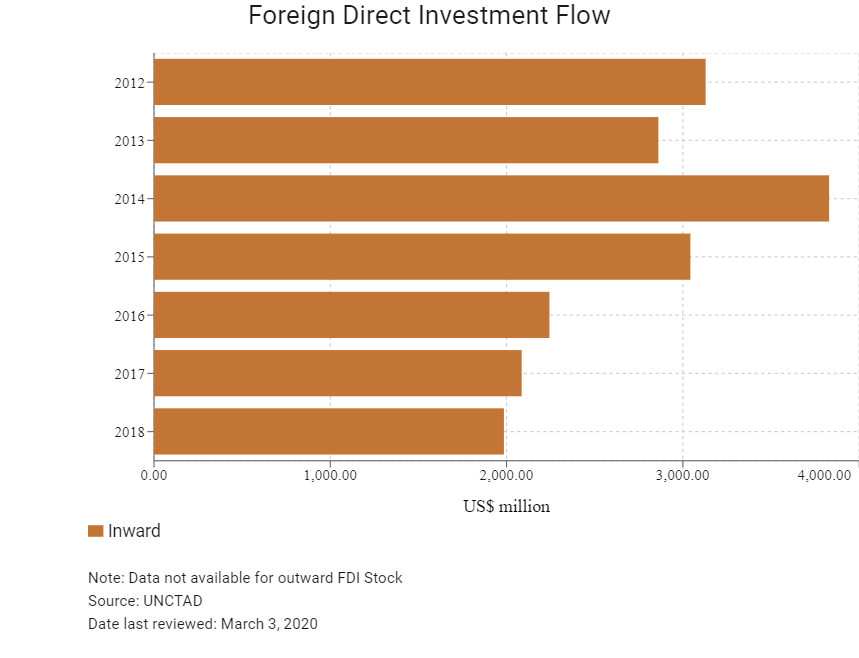 Legal entities (qualified as small-and-medium-sized enterprises) operating under the simplified tax regime are required to pay 2% CIT from revenue in the form of advance payments from the date when they receive revenues to their bank accounts. Banking institutions act as a tax agents and perform the withholding of 2% CIT from the taxpayer's funds and make the respective tax payments to the State Budget of Turkmenistan.

Turkmenistan's government seeks to implement a labour rule that requires foreign companies to hire nine local employees for every one international staff member employed in the country. The State Migration Service of Turkmenistan insists that citizens of Turkmenistan make up 90% of the workforce of a company owned by a foreign investor. The regulation does not differentiate between senior management and other employees. Generally, as far as the issuance of work permits to foreign individuals is concerned, the principle of the State Migration Service is that Turkmenistan citizens should be given priority when filling vacant positions and that companies should adhere to the regulation establishing a nine to one ratio for the number of nationals and foreign individuals working at a company.

An invitation to a foreign specialist to hold a position of the head of a company, division, department, workshop or similar unit must be accompanied by copies of documents confirming the work positions held by such a specialist within the last five years. The sponsor (the inviting organisation) must submit the application for a work permit to the State Migration Service. A work permit is usually issued for one year and should be renewed each subsequent year. There is no maximum number of work permit renewals. Foreign individuals or stateless persons can apply for residence permits if they have resided in Turkmenistan for two years.

In accordance with the law, citizens of all countries require a visa to visit Turkmenistan. There are 19 types of visa: diplomatic, official, business (two types), investment, work, family, sports (two types), humanitarian, private (two types), student, tourist, transit (two types), health, driver's and exit. To obtain a tourist visa for Turkmenistan, all foreign nationals must supply an invitation letter issued by an agency licensed in Turkmenistan. A work permit is required if a person arrives in the country for business (employment) purposes and intends to stay in the country for more than one month. A business stay in the country for 30 days or less does not require a work permit. The State Migration Service controls access to the country and monitors the movement of foreign citizens. All visitors staying for more than three working days, excluding the day of entry, are required to register with the State Migration Service on entry. Representatives of foreign businesses seeking to enter Turkmenistan for the first time may have difficulty obtaining an entry visa unless invited by a government agency or by a local business partner.

Travel to most border areas requires a special permit. A special permit, issued prior to arrival by the Ministry of Foreign Affairs, is required if visiting the following places: Atamurat, Cheleken, Dashoguz, Serakhs and Serhetabat.

ECONOMIC RISK
Turkmenistan's economic growth prospects will remain flat over the coming years owing to its heavy reliance on hydrocarbon and electricity exports and a narrow economic base. Despite a ramp-up in demand for gas from Mainland China, Turkmenistan's gas exports to the country are unlikely to increase significantly as a substantial part of this demand will be met by liquefied natural gas imports from Australia over the near term. Over the longer term, however, gas exports to Mainland China are likely to pick up following the completion of Line D of the Central Asia–Mainland China Pipeline set for 2020. The TAPI gas pipeline construction has also started in Afghanistan and will lead to new gas markets for the country. However, its completion date cannot be estimated at this stage. Furthermore, Turkmenistan has shown a willingness to conduct reforms over the coming years as seen from its ambitious seven-year plan, and the government is likely to adopt them at a gradual pace, which will be positive for the business environment.

OPERATIONAL RISK
Turkmenistan imports the vast majority of its industrial equipment and consumer goods. The government's foreign exchange reserves and foreign loans pay for industrial equipment and infrastructure projects; however, the country's exports remain heavily exposed to fluctuations in global oil and gas prices due to the narrow basket of key export products. The abundant gas deposits underneath the Karakum Desert, which occupies 70% of the land area of Turkmenistan, remain the backbone of the economy. Logistics risks remain elevated due to the lack of sufficient overland connectivity and limitations in utilities infrastructure. Regional infrastructure development projects in the energy space bode well for logistics capacity enhancements in the years ahead. Furthermore, labour market risks remain elevated due to foreign worker limitations and relatively uncompetitive domestic skills development. 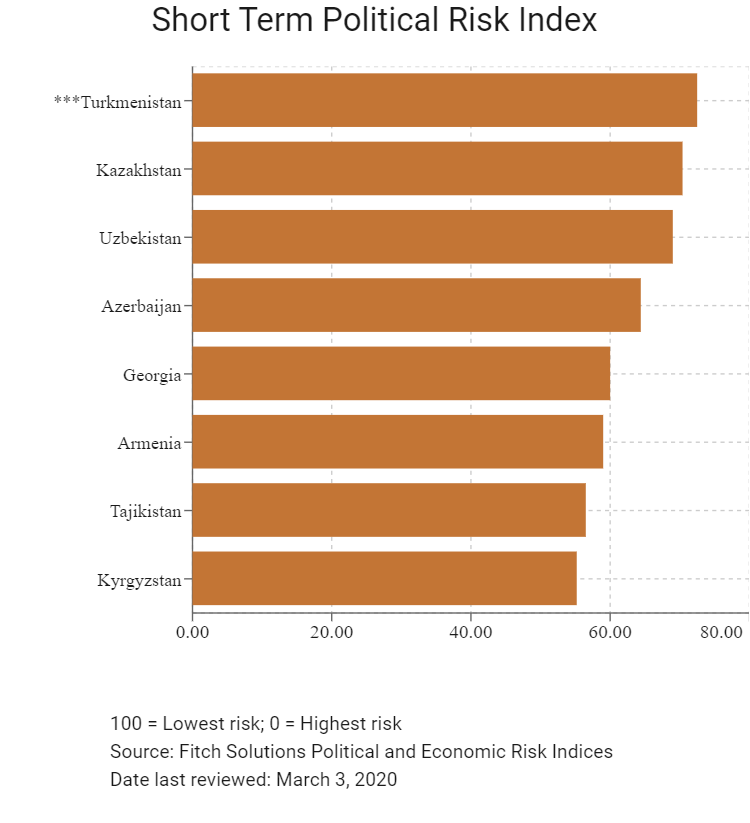 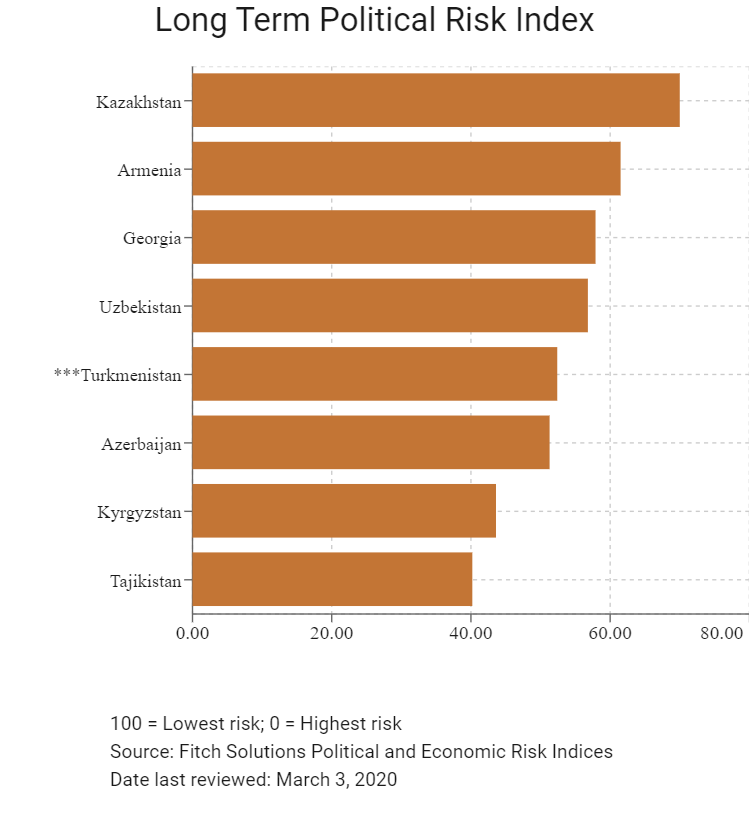 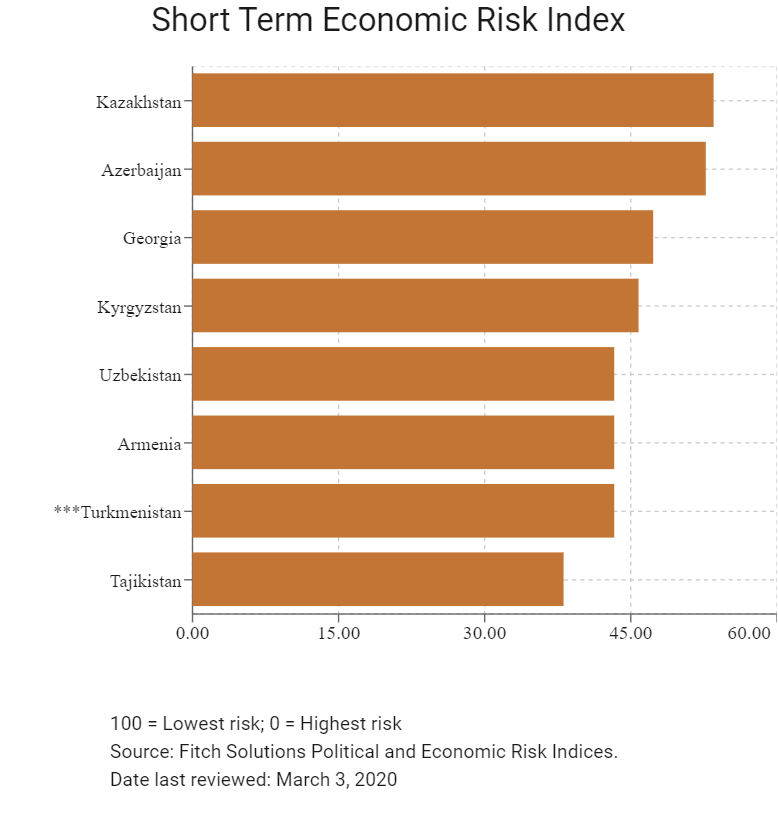 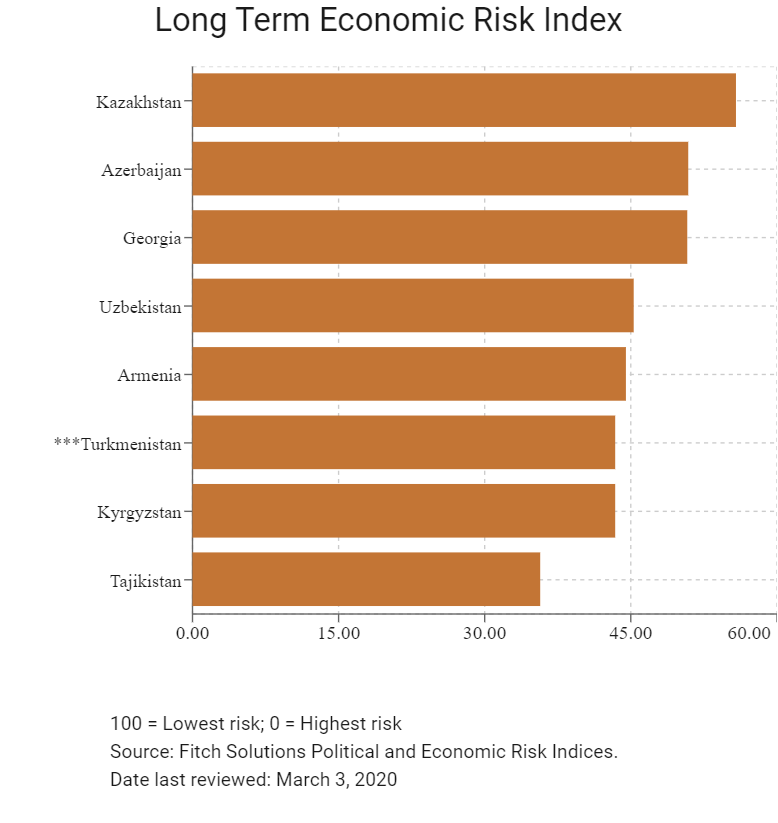 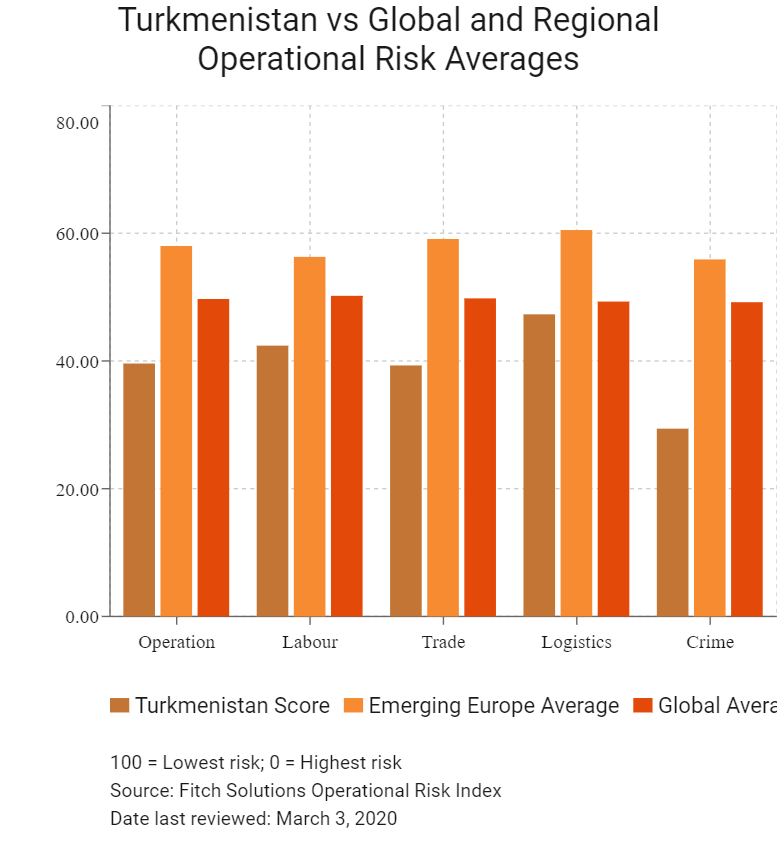 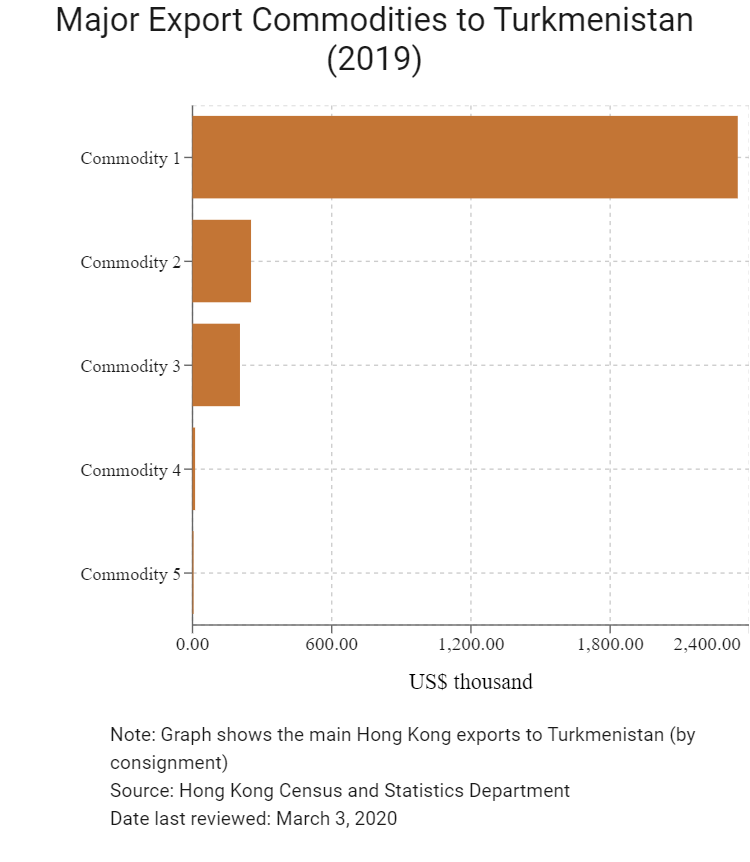 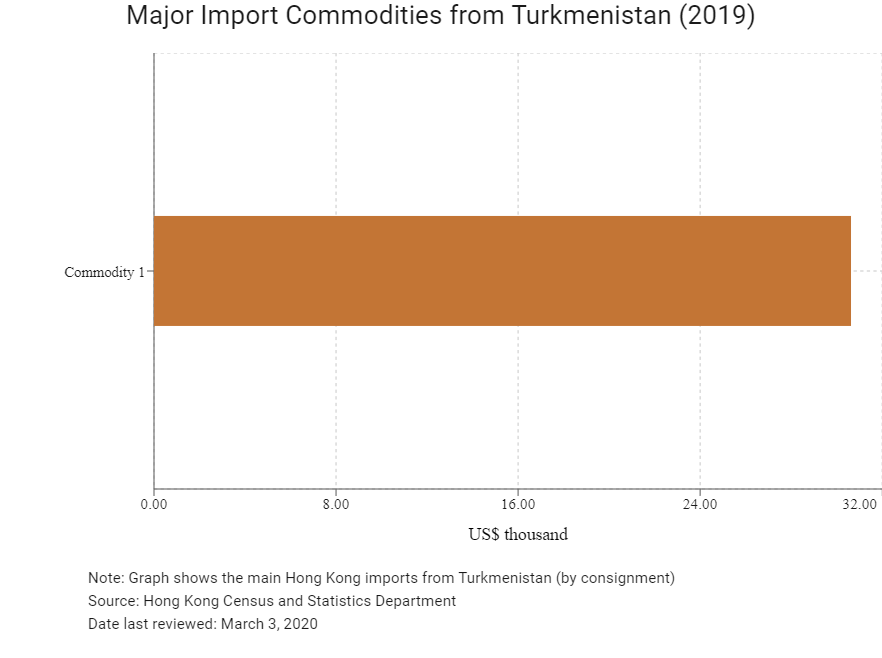 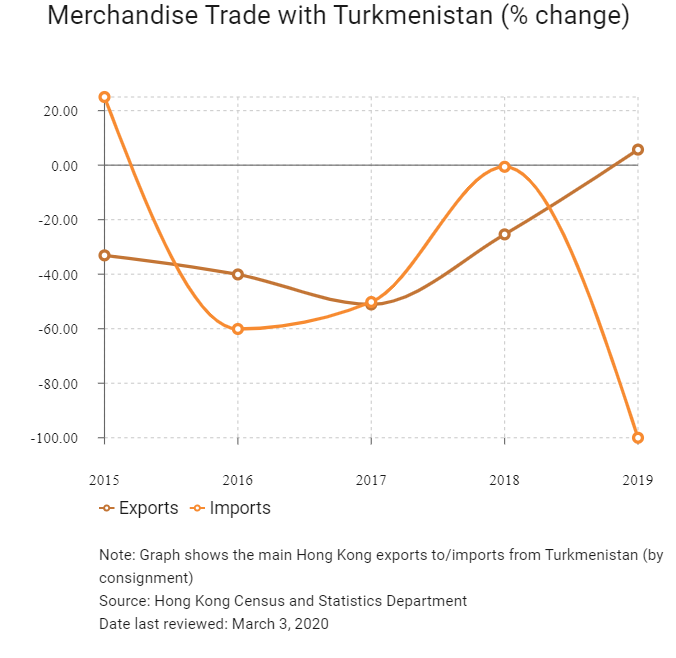 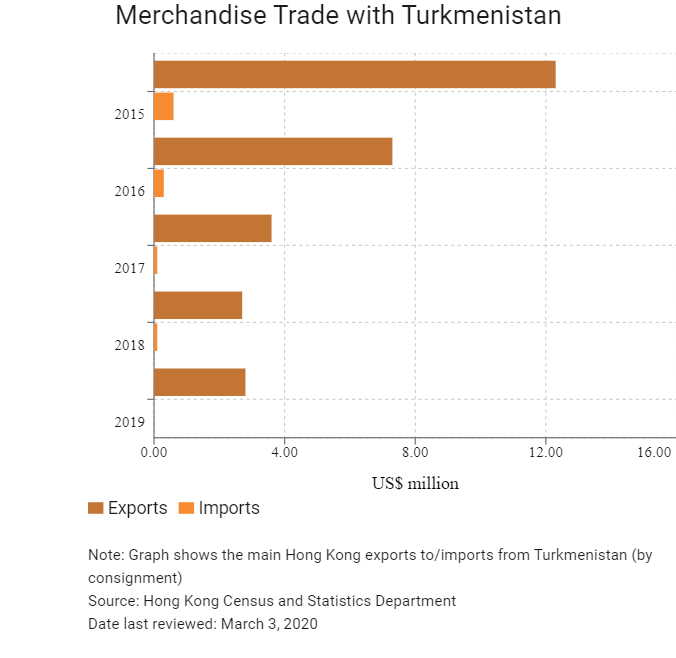 Treaties and Agreements between Hong Kong and Turkmenistan

The following areas are termed ‘class one’ border zones and entry without documentation is not possible: Eastern Turkmenistan Farab, Atamurat (Kerki) plus adjoining areas, Kugitang Nature Reserve, Tagtabazar and Serkhetabat. Northern Turkmenistan Entire Dashoguz region including Konye-Urgench, Dargan-Ata and Gazachak. Western Turkmenistan Bekdash, Turkmenbashi, Hazar, Dekhistan, Yangykala, Gyzyletrek, Garrygala, Nokhur and surrounding villages. Ashgabat, Mary, Merv, Turkmenabat and Balkanabat are not restricted, but anywhere outside these areas should be listed on a general visa, thus giving permission to go there.