Thailand has made remarkable progress in social and economic development, moving from a low-income country to an upper-income country in less than a generation. Thailand's long-term economic goals are laid out in the country's 20-Year National Strategy (2017–2036) for attaining developed country status. According to the plan, the country will seek to achieve this through broad reforms that address economic stability, human capital (not least through educational improvements) and equal access to economic opportunities, environmental sustainability, competitiveness and effective governance. The sustained pace and quality of the reforms, particularly in promoting innovation in agriculture, as well as their sound implementation will be crucial for achieving the desired economic outcomes. Lastly, Thailand's large and predominantly youthful population further improves the country's economic prospects going forward. However, its lagging education system will remain a major barrier to its economic prospects in the future.

Toxic smog forced the Thai authorities to close hundreds of schools in Bangkok as concern grew about a pollution crisis that had engulfed the city for weeks.

January 2019
The tourism ministry revealed that Thailand saw a record 38 million tourists in 2018 and expected to record the same year-on-year percentage increase in 2019. Foreign tourist receipts account for 12% of Thai GDP.

April 2019
A cross-border railway link was inaugurated for the first time in 45 years by the prime ministers of Thailand and Cambodia, and is expected to help economic development.

May 2019
As part of the government's Eastern Economic Corridor initiative, the cabinet approved a State Railway of Thailand deal for a high-speed rail project linking three major airports. The USD6.9 billion to build the rail link will be loaned by China Development Bank and the development consortium includes China Railway Construction Corporation.

May 2019
The Revenue Department announced that it had been able to collect 2.4% more tax in the first seven months of the fiscal year 2019 (October 2018–April 2019) than its budget target and 6.4% more than the previous year.

June 2019
Mainland China's technology giant Tencent launched WeTV in Thailand. This is its first overseas video streaming service, as part of its diversification from its core gaming business.

June 2019
The 34th ASEAN summit was held in Bangkok, Thailand, and ended with the leaders of the regional bloc promising to work together more closely, most immediately to tackle marine pollution, and then to jointly bid for the 2034 FIFA World Cup.

June 2019
Somphote Ahunai, founder of the country's second-largest electricity generating company Energy Absolute, outlined his plan to dramatically increase the number of electric vehicles in Bangkok by 2020 and ease the city's air pollution. When the company unveiled its Thai-designed and built Mine Mobility passenger EV at the Bangkok Motor Show it received 4,500 orders (mostly from taxi unions) for a car that is cheaper than both the Nissan Leaf and Kia Soul EV. Mainland China's BYD has already stated it plans to deliver 1,100 cars to Bangkok in 2020.

July 2019
A report by Thailand's Electronic Transaction Development Agency revealed that social media commerce is booming in the country, mostly directly with merchants through Facebook and Instagram and propelled by mobile banking apps. According to Facebook, more than half of Thailand's population accesses their website every day.

September 2019
Thai officials announced that the country was planning a 'relocation package' of incentives to attract foreign companies looking to move production from Mainland China because of the ongoing US-China trade tensions.

September 2019
According to data released by the Tourism Ministry of Thailand, arrivals from Mainland China surged almost 19% to 1.03 million people in August 2019 for the first time in six months. Tourism is crucial for the Thai economy as it accounts for about a fifth of the country's economy.

October 2019
Thailand's finance minister has approved a stimulus package to boost the country's tourism industry over the remaining three months of 2019. The minister also stated that the aim is to achieve a 3% growth rate in 2019.

October 2019
The Council of the European Union said in a statement that it intends to resume free trade agreement negotiations with Thailand.

October 2019
State Railway of Thailand and a Charoen Pokphand Group-led consortium signed a public-private partnership contract for a USD7.4 billion high-speed rail (HSR) project that will connect three airports in Thailand. The 220km HSR line will run from Don Mueang Airport to the north of Bangkok via Bang Sue and Makkasan to Bangkok Suvarnabhumi Airport. The line will then continue along SRT's east line via the Bang Pakong River, Chachoengsao, Chonburi and Pattaya to U-Tapao Rayong Pattaya International Airport. The line will allow trains to run at a speed of up to 250km/h. The project is likely to start operations in 2023 and will be transferred to the Thai government after 50-year agreement period.

Sources: US Department of State, Thailand Board of Investment, a Guide to Investment in the Special Economic Development Zones, Fitch Solutions

Prior to starting employment, all non-Thai nationals are required to obtain a work permit under the Working of Alien Act of 2008. Foreign nationals first need to secure an initial non-immigrant visa, which must be obtained before entering Thailand. The duration of the work permit is generally the same as the applicant's visa. Generally, work permits are issued for one year but are renewable. Foreign nationals are not allowed to perform work that is not permitted by their visa. To change occupations, they need to obtain authorisation from the Ministry of Labour.

The Alien Employment Act (1978) prohibits foreign nationals from working in 39 occupations and professions (such as labourers, goldsmiths, farmers, accountants, auditors, engineers and architects).

According to the Employment and Job Seeker Protection Act (1985), companies need to have a certain minimum amount of fully paid up capital in order to qualify to employ specific numbers of foreign nationals in Thailand. Other conditions include having at least 50 local employees per expatriate. Businesses that are wholly foreign owned and incorporated in Thailand in terms of Thailand's Board of Investment are allowed to employ foreign nationals on a 4:1 ratio of locals to foreign nationals.

In general, Thailand has an open visa policy. The country has bilateral agreements with a number of countries, which award preferential treatment to nationals of these countries in terms of the number of days granted to stay in Thailand visa free. These agreements give nationals from five countries visa-free access to Thailand for 90 days, six others (including Hong Kong and Macao) have access for 30 days, and one (Cambodia) for 15 days. A tourist visa exemption scheme grants nationals from 49 countries 30 days of visa-free access as well as being allowed to enter Thailand through a land border with a neighbouring country if required, rather than through the country's airports. Nationals from 19 countries, including mainland China, can get a visa on arrival, entitling a stay of up to 15 days, whereas only a few needs to apply for a visa before departing for Thailand.

As part of a policy to attract talent and technology from abroad, Thailand launched the SMART Visa programme which has five types of visa according to the levels of talent, skills and entrepreneurial start-up investment. SMART visa holders will be granted a maximum four-year permission to stay, exemption from the normal work permit requirements, and entitlement to additional privileges. The government has identified a number of targeted industries, including next-generation automotive, biofuels and biochemicals, and agriculture and biotechnology. An overseas applicant can expect to hear within 60 days whether they have been successful. A one stop service centre will endorse or extend the applicant’s SMART Visa during their stay in Thailand.

Over the next five years, the Thai economy is expected to grow robustly because the country's new constitution should provide policy guidance. We expect continued improvements to the business environment that will boost productivity, potentially including reforms of state-owned enterprises. Indeed the instalment of the new cabinet should prove to be good news for government consumption, which should buttress the wider economy; however, growth is seen easing in the near term nonetheless amid weaker domestic demand, and a challenging external environment and stronger currency weighing on exports and tourism. High household debt further clouds the economic outlook.

Thailand offers investors an operational environment with considerable advantages, which include a large, predominantly youthful, workforce with basic literacy and numeracy skills, increasing levels of foreign economic participation and trade, and a developed logistics network. However, significant risks exist, notably the ongoing separatist violence in the south of the country.

Treaties and Agreements between Hong Kong and Thailand

The main activities of HKAECF are to contribute to the fostering, promoting and facilitating of economic cooperation between Hong Kong and the 10 member countries of ASEAN ('1+10'), and between the ASEAN region and Mainland China ('10+1') with Hong Kong serving as a high value-adding and facilitating key international hub, bridge, connector, promoter and investor.

Hong Kong residents are permitted to stay for up to 30 days under the bilateral agreement with Thailand if entering via an international airport or through a land border checkpoint from a neighboring country. Since September 2018, Hong Kong residents have been able to use the automatic immigration service channnels when entering Thailand. 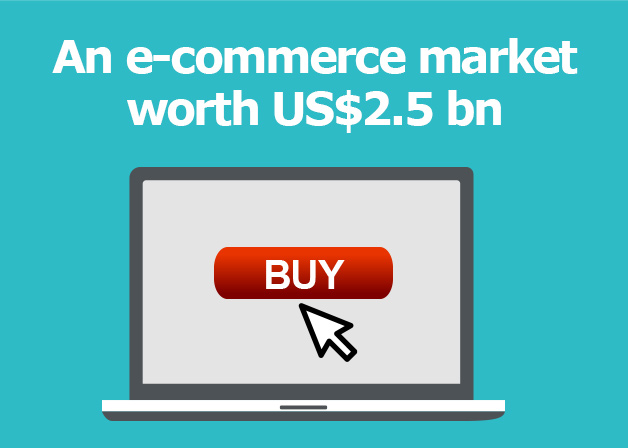 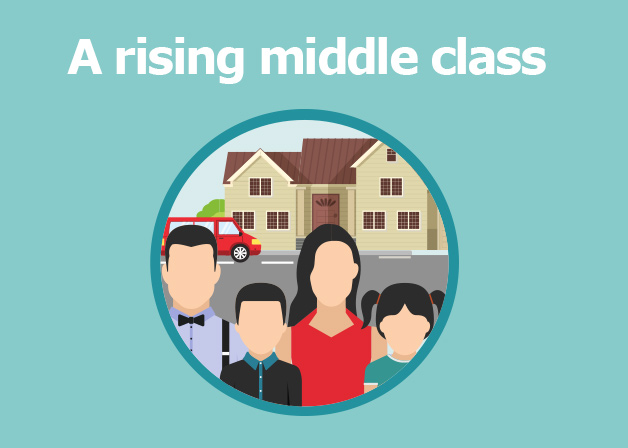 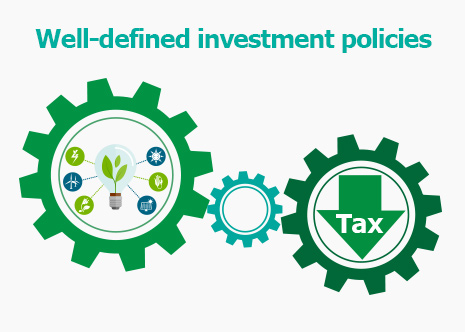 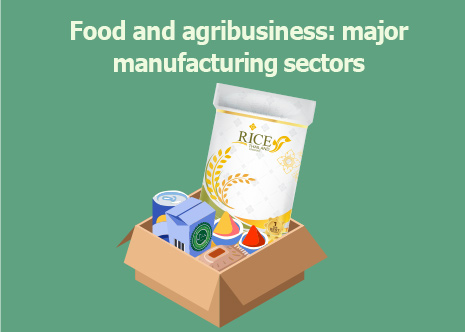 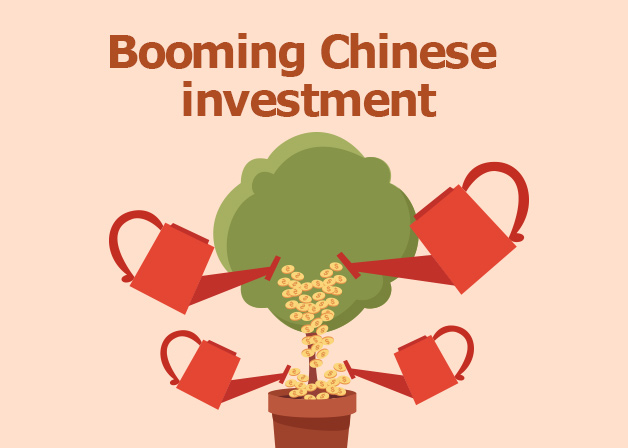 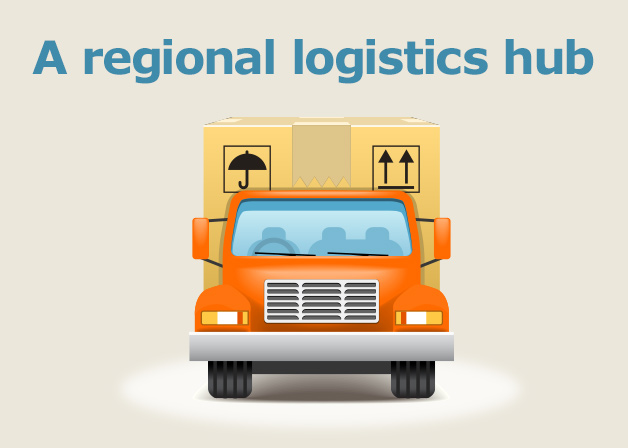 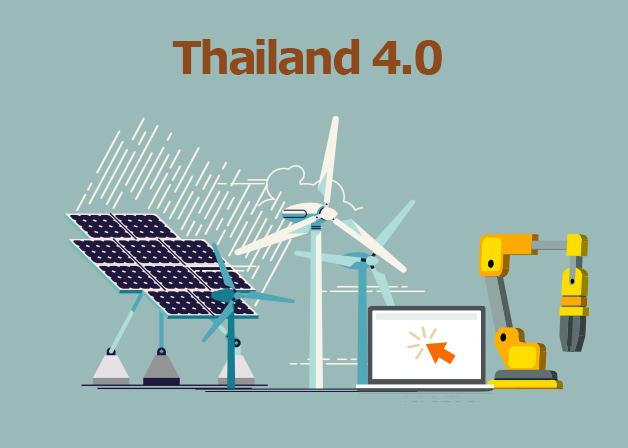 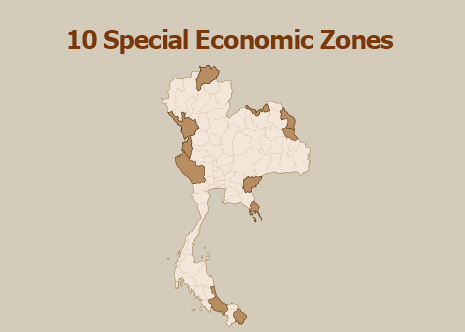 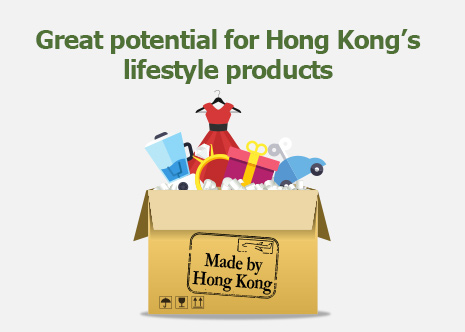