Over the past decade, Jordan has pursued structural reforms in education and health, as well as privatisation and liberalisation. More recently, Jordan has made important reforms to put its economy on the path to long-term prosperity, covering income tax, business regulations, insolvency and the public procurement framework. It has also grown trade with its neighbours, especially Iraq. However, further progress is needed so that reforms aimed at enhancing the investment climate and the ease of doing business can lead to concrete outcomes.

First parliamentary elections were held under proportional representation since 1989.

Jordan and Iraq reopened their main border crossing for the first time in two years.

Hani Mulki was replaced as prime minister by Omar al Razzaz, economist and the education minister.

The International Finance Corporation (IFC) has provided two separate financing packages worth USD151 million for the 51.75MW Abour wind project and the 51MW Daehan wind facility in Jordan. The up to USD80 million financing for the Abour project includes a USD28 million loan from IFC’s own account and parallel from the Islamic Development Bank.

Jordan and Iraq signed agreements for various development projects. A key project to be undertaken under the agreements was a joint industrial zone on the border between the two countries. The Jordanian government had donated 2sq km of land for the special economic zone, which would be expandable to 10sq km.

Jordan Free and Development Zones Group (JFDZG) unveiled plans to build a cable car project as part of Al Suwwan Development Zone (SDZ) in Ajloun, Jordan. Phase one of the SDZ would include building the parts of the cable car project on plots 36 and 43. The cost for this phase would be covered by JFDZC. The second phase included building a conference centre, a five-star hotel, lodging and several restaurants at an estimated cost of JOD50 million (USD70.5 million). JFDZC would work in partnership with private sector companies for the second phase. The cable car project was expected to be completed by June 2021.

The European Investment Bank (EIB) signed a EUR16.3 million (USD18.16 million) grant agreement with the government of Jordan for a water supply project in Deir Alla and Al-Karamah districts.

Iraq's Ministry of Oil opened bids to prequalified firms for a USD5 billion oil pipeline between oil fields in Rumaila in Iraq and Aqaba in Jordan. Phase one involved installing a 700km-long pipeline on the Iraqi side and phase two would see the construction of a 900km pipeline in Jordan. The Jordanian section would be delivered on a build-own-operate-transfer model. Bids were due in May 2020, while the winning bidder was likely to be named by the end of 2020. 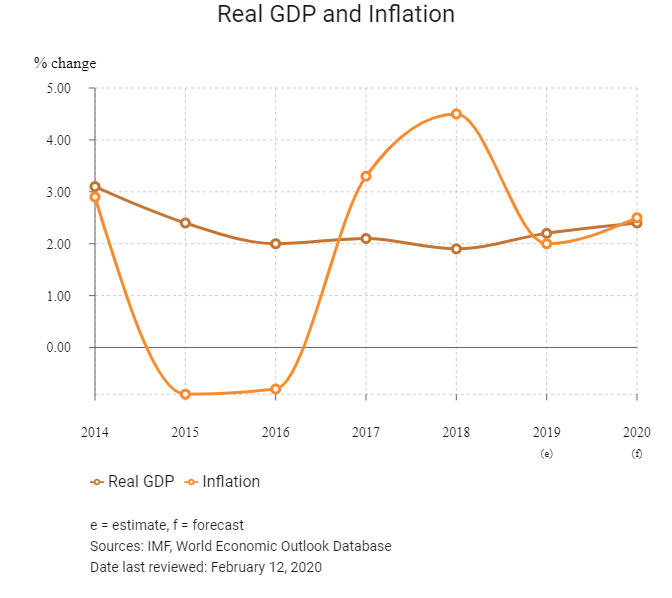 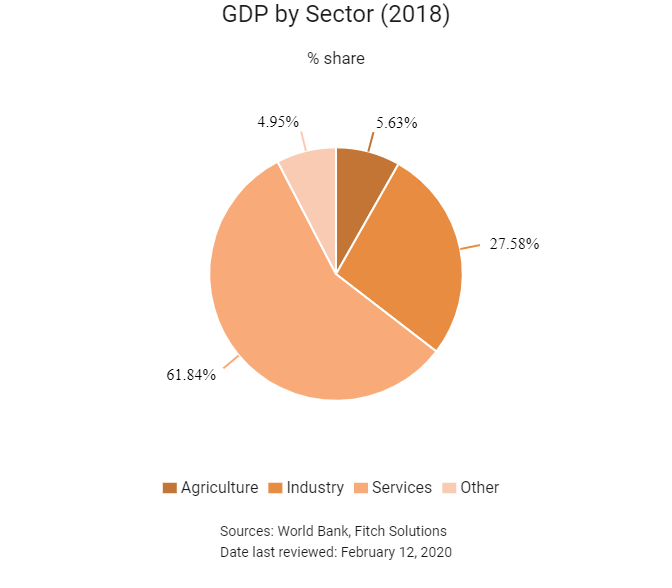 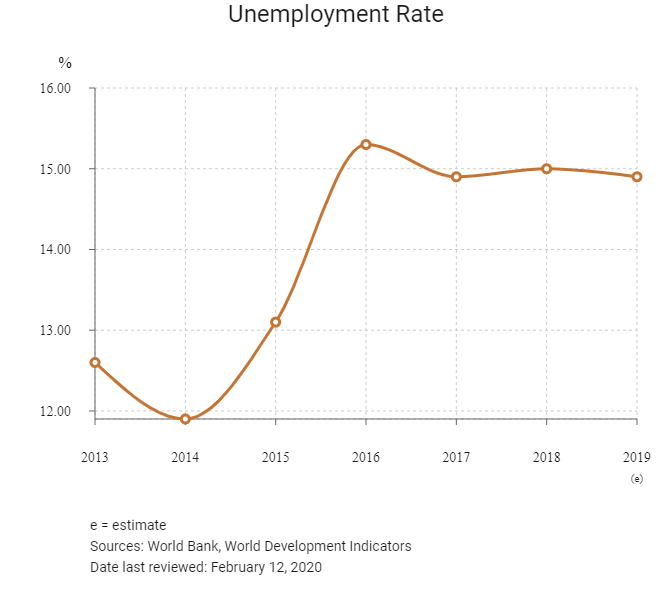 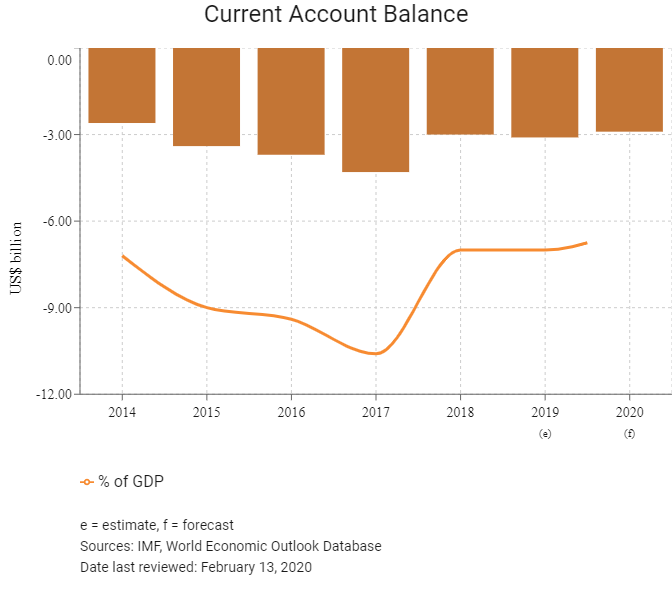 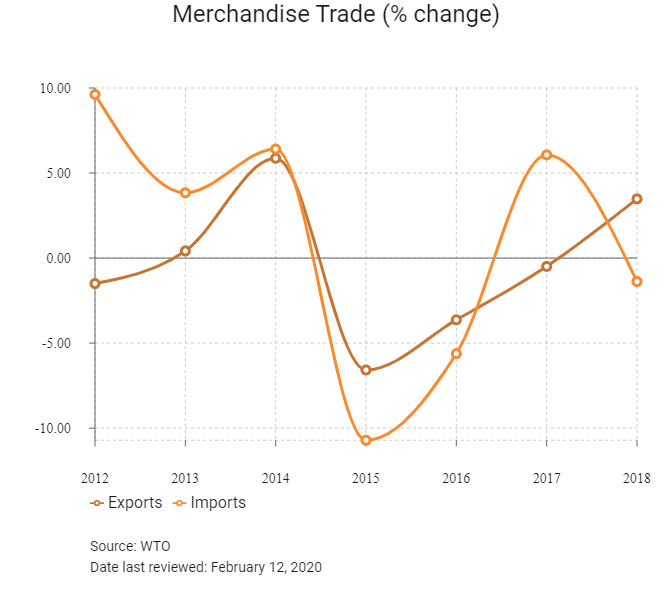 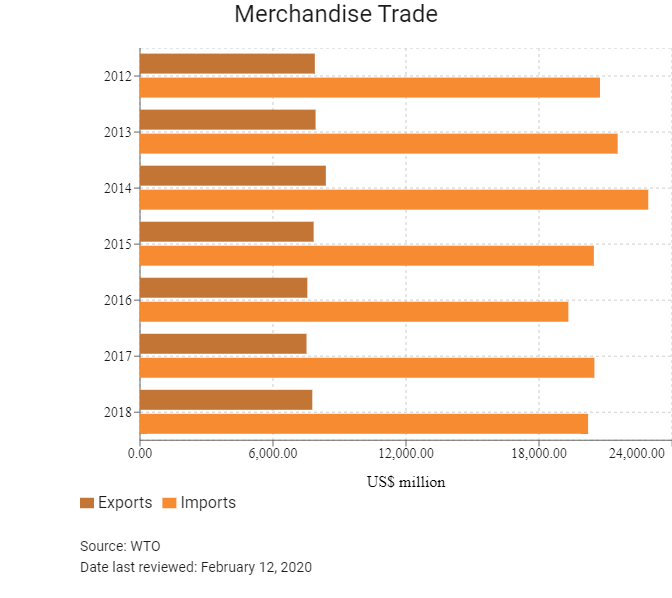 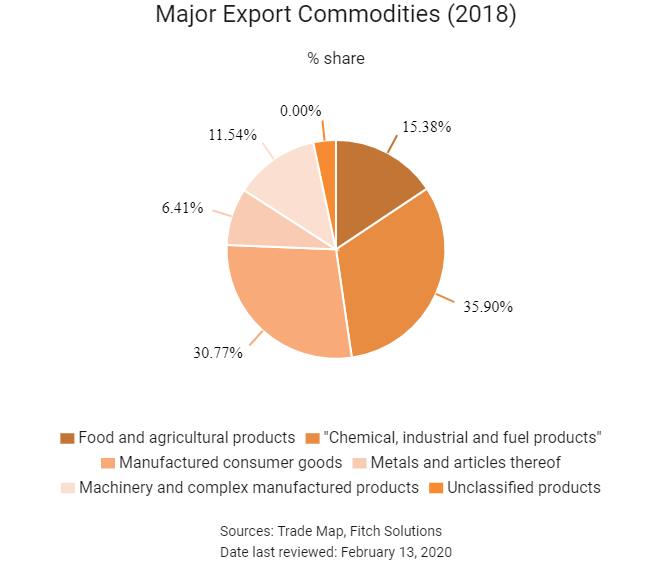 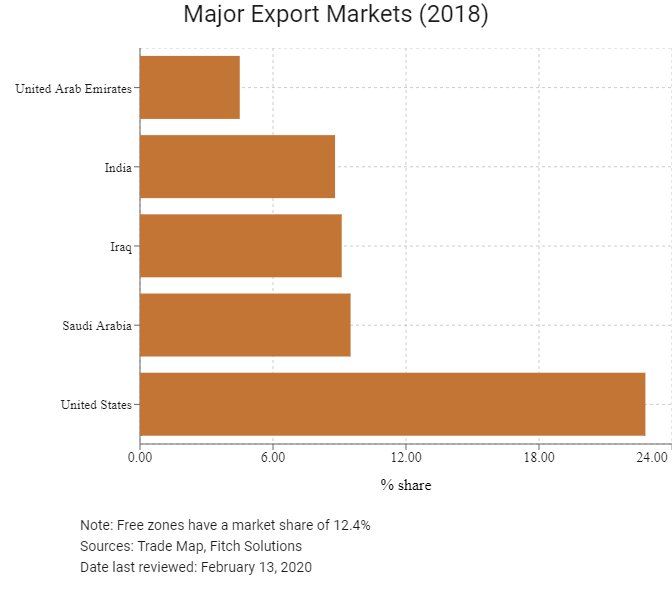 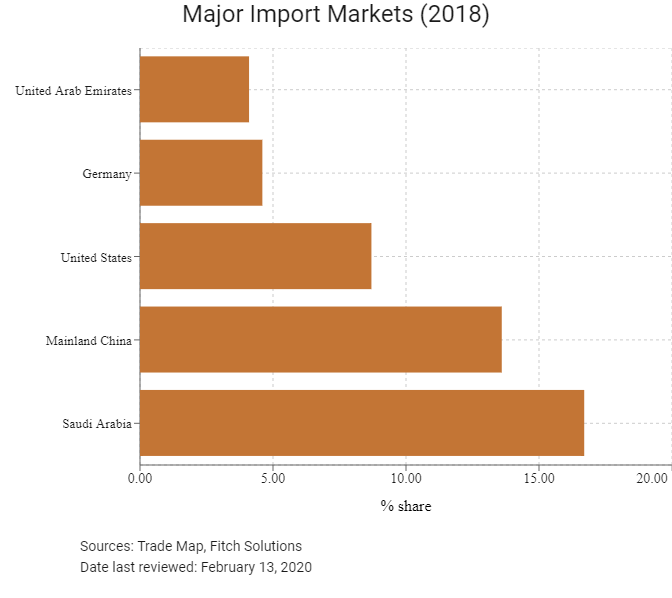 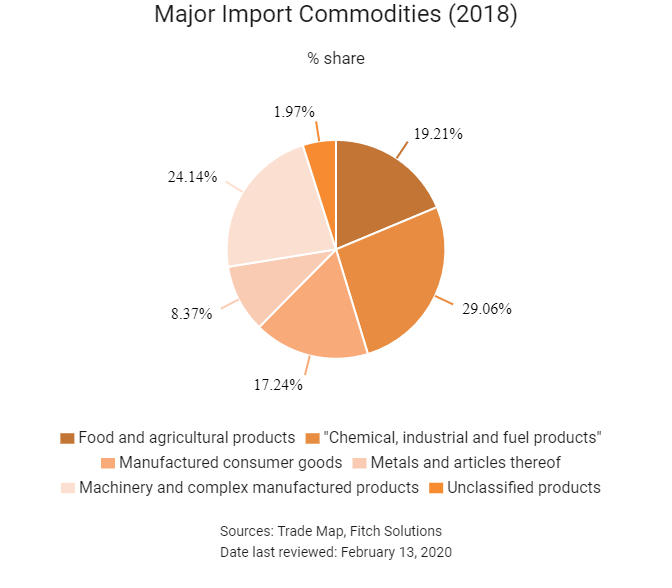 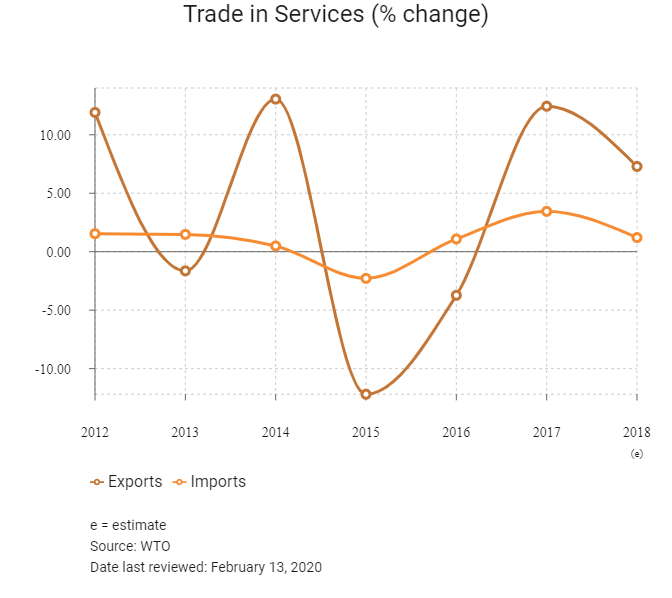 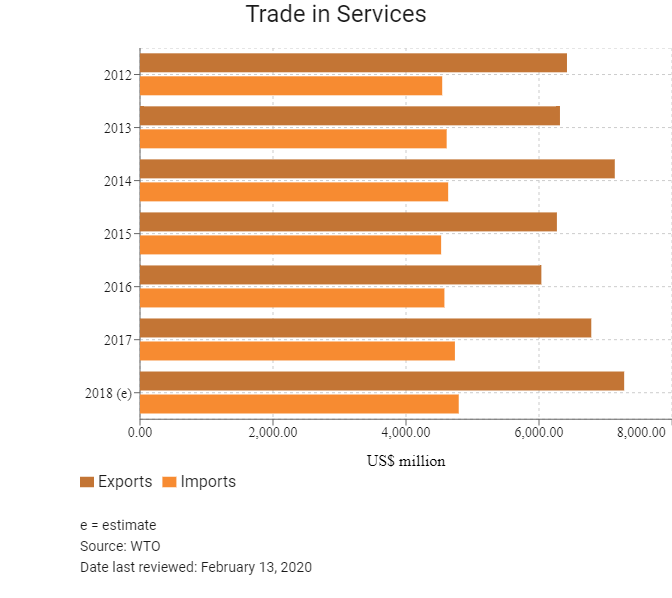 The Trade Preferential System of the Organization of the Islamic Conference (TPS-OIC): The agreement would see to the promotion of trade between member states by including most-favoured nation principles, harmonising policy on rules of origin, exchanging trade preferences among member states, promoting equal treatment of member states and special treatment for least developed member states and providing for regional economic bodies made up of OIC nations to participate as a bloc. The agreement will cover all commodity groups. The OIC comprises 57 members, making a full realisation of such an agreement highly impactful, encompassing approximately 1.8 billion people. Although the framework agreement, the protocol on preferential tariff scheme and the rules of origin have all been agreed on, a minimum of 10 members are required to update and submit their concessions list for the agreements to come into effect. As of Feburary 2019, only 14 nations have done so. 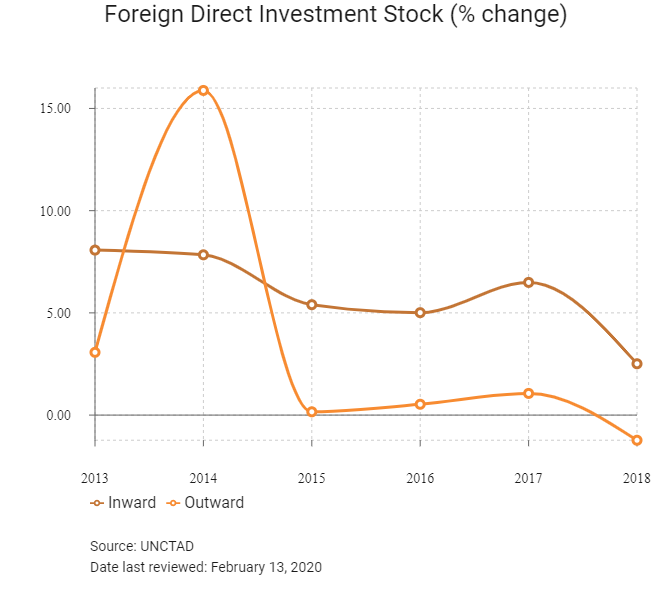 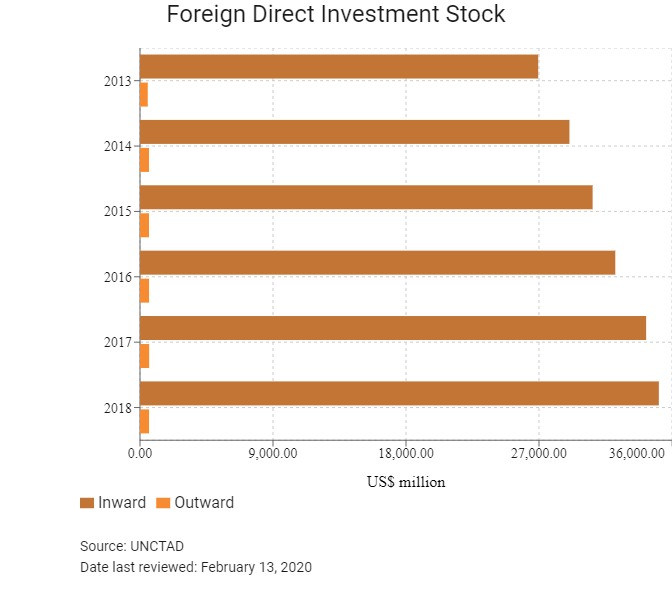 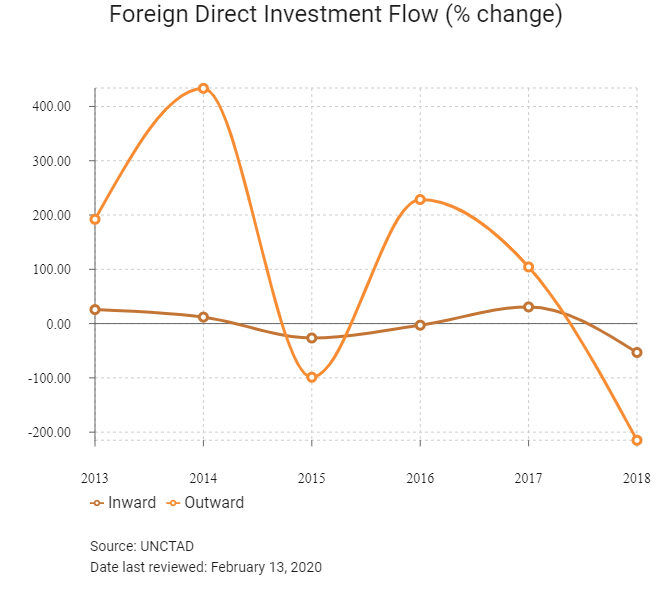 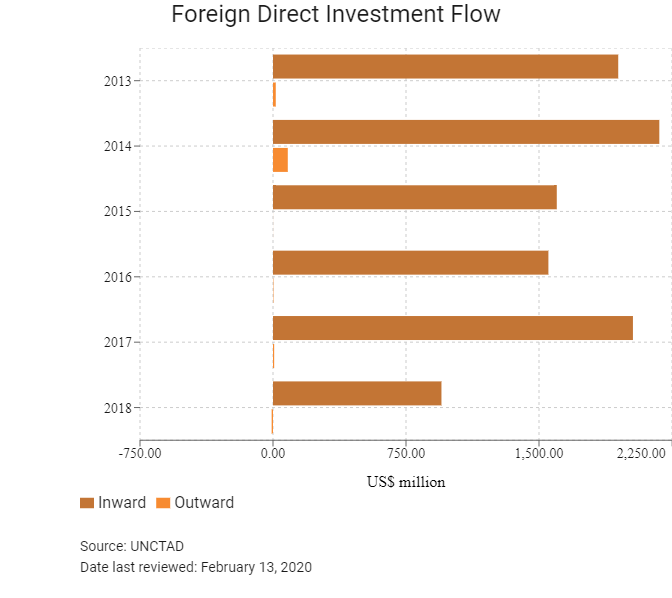 Work permits are valid for up to one year and may be renewed. Foreign workers must apply for a new permit if they wish to change jobs in Jordan.

There are a number of barriers to employing refugees in Jordan, hindering integration into the labour market. The most notable obstacles include the cost of work permits and the difficulty for refugees to obtain the necessary documentation. Jordanian nationals are also favoured for employment by law, owing to high levels of unemployment in the country and the risk of social unrest.

Some measures have been introduced to ease the recruitment of refugees, including waiving permit costs and allowing companies in export zones to employ refugees in their workforce (up to 25% thereof). In addition, the Jordanian government agreed with the EU to open the labour market in Jordan to the massive Syrian refugee population (1.3 million registered but estimated to be more) in exchange for USD2.1 billion in grants and USD1.9 billion additional financing from 2016 to 2018 as part of the Jordan Compact Agreement in February 2016. As a result, issuing work permits for Syrians is being made easier, especially in low-skill sectors, such as construction and agriculture. Consequently, this has widened the pool of labour available for recruitment and has reduced compliance risk associated with employing refugees. The government also opened its first job centre in a refugee camp in August 2017, making it much easier for refugees to register for work permits and to integrate into the labour force.

Under the Jordanian Labour Law, certain professions and occupations may not be filled by non-Jordanians, such as those in the fields of medicine, engineering, teaching, accounting and administration, clerical work (such as data entry and secretarial), warehousing, hairdressing, and mechanical and car repair work. While there is considerable slack in the Jordanian labour market, an absence of vocational or educational skills in these areas means that businesses will face difficulties filling vacancies and will also face higher training costs.

Economic growth should accelerate in 2020 partly driven by expansionary fiscal policy, notably in the form of wage hikes and deferred tax increases. Fiscal consolidation, mainly through higher taxes, will prevent a more substantial acceleration in economic growth. Regional instability has had a detrimental impact on the Jordanian economy. In particular, tourism has suffered heavy losses as the risk of instability has dented the region's image abroad. Instability also led to the export sector being severely hit by trade disruptions in the region. As regional security conditions are now set to improve, tourism and exports are expected to pick up again, although the process will be gradual amid persistent structural challenges.

Jordan is one of the lower risk operating environments in the Middle East and North Africa (MENA) region, due to its attractive trade and investment policies and appealing labour market. In addition to presenting an investor-friendly business climate, Jordan has a relatively diversified economy compared to its MENA peers that are heavily dependent on oil and gas, which limits risk of macroeconomic shocks due to slumps in commodity prices. From a labour market perspective, while Jordan has one of the smallest working age populations in the region, the country’s population boasts high levels of educational attainment, which enhances the availability of skills that businesses can benefit from. Weaknesses stem from Jordan's lack of natural resource wealth in relation to crude oil, natural gas, compared to the majority of countries in the MENA region, which leaves the country’s utilities sector vulnerable to external risks. Furthermore, water resources under increased stress and businesses face risk of shortages in the years ahead. We nevertheless note that power shortages are now less common as several new power plants have come online in recent years together with the fact that the country has increased the share of natural gas in electricity generation. 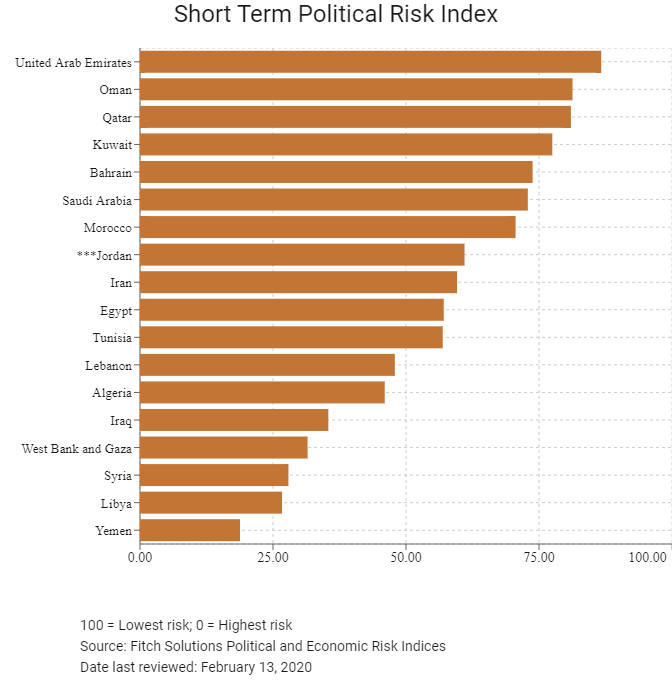 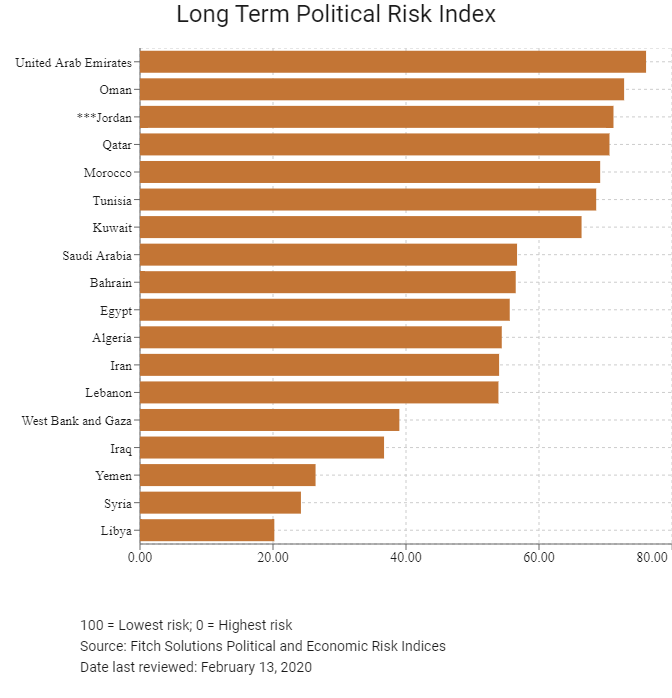 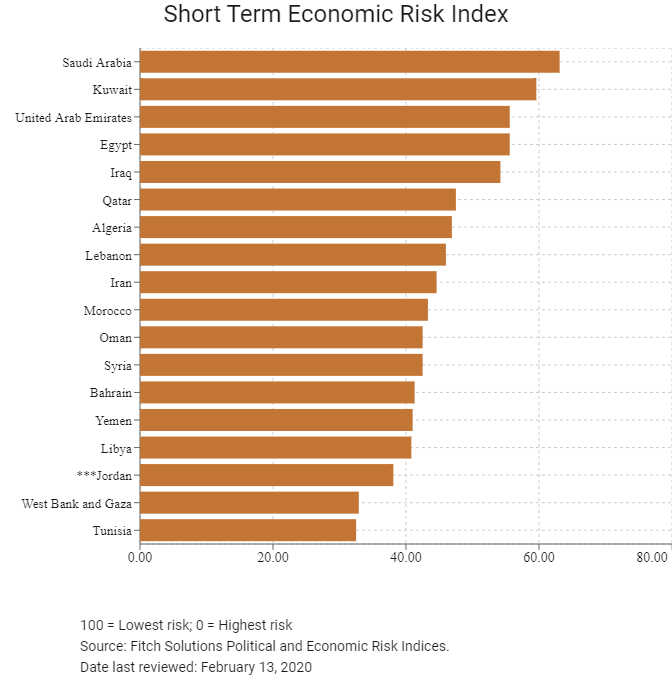 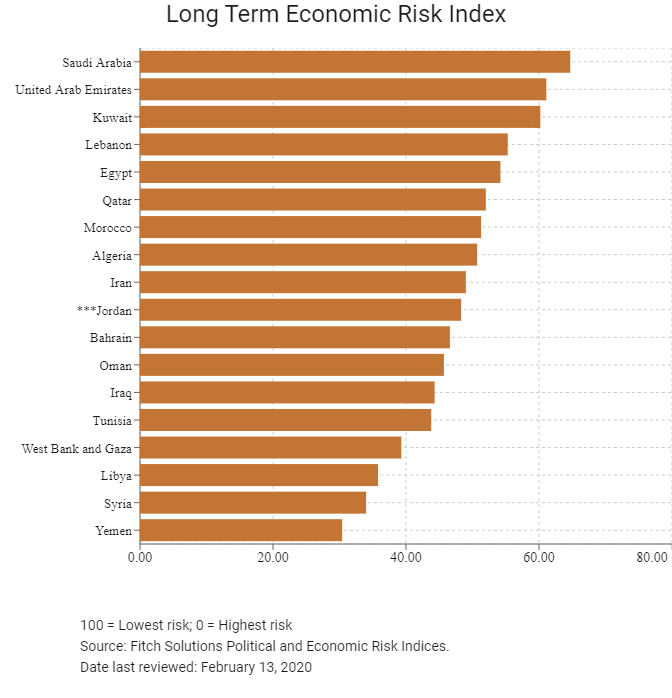 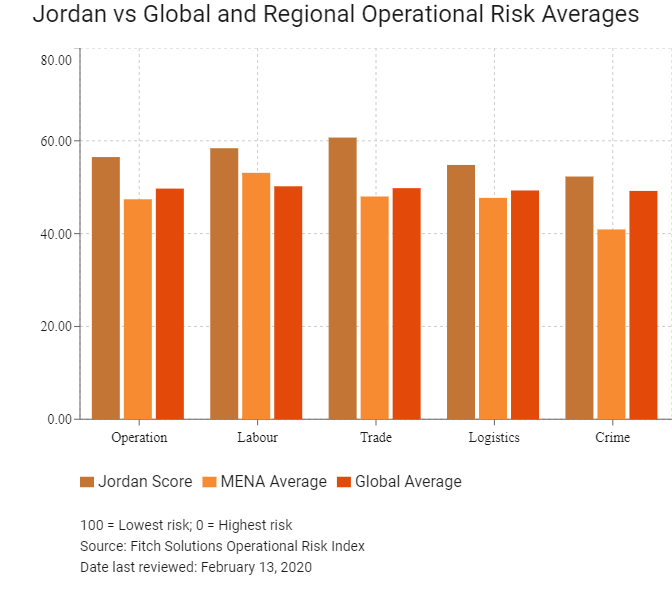 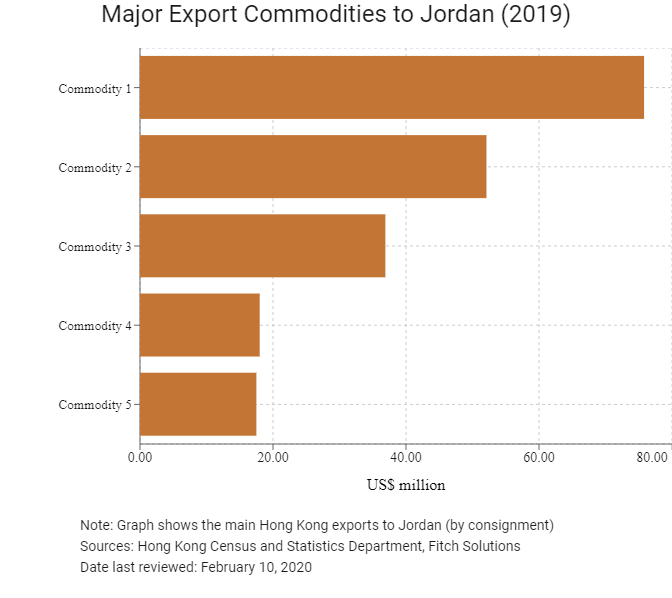 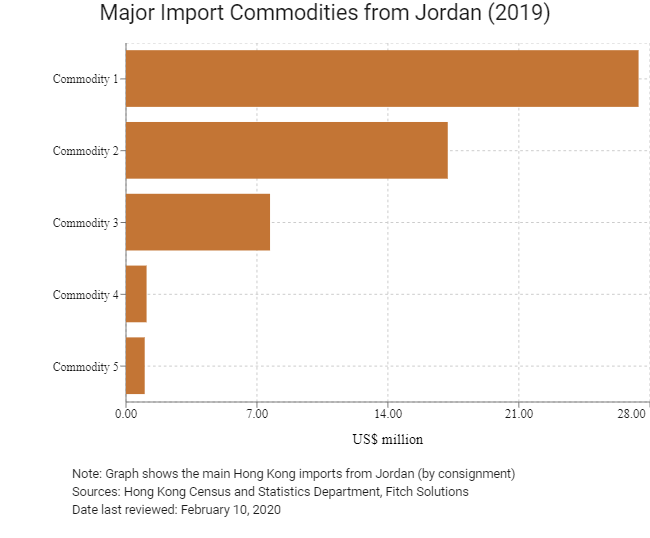 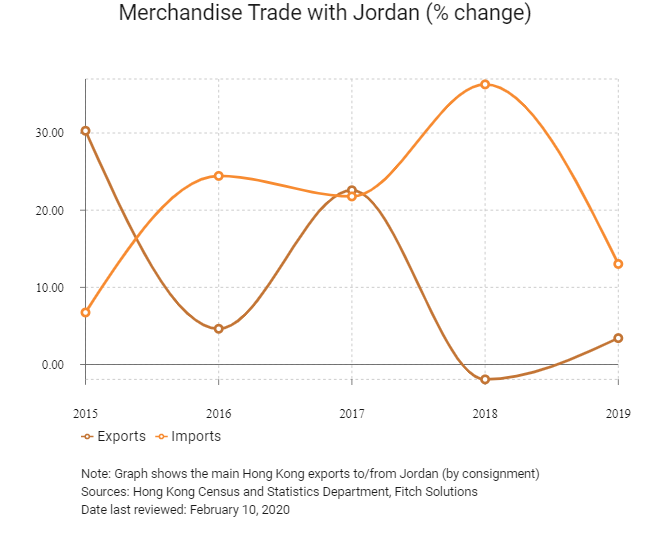 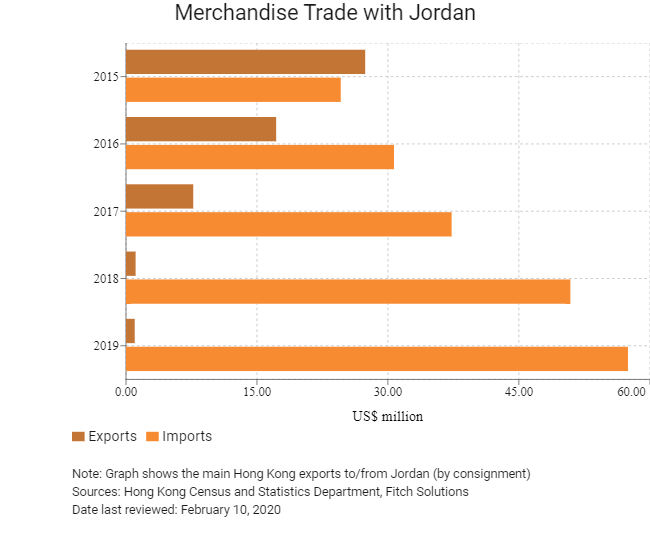 Treaties and Agreements Between Hong Kong and Jordan

Source: The Arab Chamber of Commerce and Industry, Hong Kong