Bangladesh has a strong track record for growth and development. It has made great progress in reducing poverty and has grown steadily over the past decade. Sustained economic growth has rapidly increased urbanisation as well as the demand for energy and transport infrastructure. To achieve its aspiration of becoming an upper-middle income country by 2031, the country urgently needs to implement structural reforms, expand investment in human capital, improve domestic revenue mobilisation, increase female labour force participation and raise productivity through increased global value chain integration. Improving infrastructure, such as transport and access to reliable and affordable power, as well as the business climate would allow new productive sectors to develop and generate jobs. However, we hold a less-than-sanguine outlook on Bangladesh’s economic and political reform momentum despite minor improvements in its Ease of Doing Business ranking. This is despite the Awami League’s supermajority in parliament, an advantage that, if utilised properly, would facilitate the policymaking process and reform. Weak reform momentum is unlikely to impact short-term growth given that growth is still driven by low value-added industries such as construction and garment manufacturing. Lastly, a lack of reforms would weigh on the country’s long-term growth potential and hinder the social mobility of the majority of the population.

January 2019
The United Nations strongly recommended that Bangladesh sign free trade agreements (FTAs) with major trading partners such as Mainland China to counter a regime without a duty-free and quota-free facility after Bangladesh graduated from being a least developed country to a developing nation after 2027.

June 2019
A Joint Steering Committee of Nepal and Bangladesh agreed to jointly invest in feasible hydropower projects and collaborate on alternative energy in Nepal. Joint investments would cover the 1.1GW Sunkoshi II and 536MW Sunkoshi III reservoir hydropower projects, among others. The two nations had also agreed to build a new high-voltage transmission line to Bangladesh through India. The committee also decided to hold talks with India for exporting power from Nepal to Bangladesh by utilising Indian electricity transmission lines. Bangladesh had already formulated a policy to buy 9GW of electricity from Nepal by 2040 and to achieve this construction of transmission line, selection of projects and co-operation on alternative energy are in the pipeline.

July 2019
The Japan International Cooperation Agency signed an agreement with the Government of Bangladesh to provide an official development assistance loan of around USD1.3 billion to construct a coal-fired power plant with a rated output of 1.2GW in the Matarbari area of Cox's Bazar District. The project was expected to stabilise the country's power supply and promote energy efficiency. The loan had a repayment term of 30 years along with a 10-year grace period. The project was expected to be completed in July 2024.

During a visit to Mainland China Prime Minister Hasina signed agreements and memoranda of understanding covering the power, investment, culture, tourism and technology sectors, including loans worth USD1.7 billion for Bangladesh's power sector. Beijing also assured Dhaka that it would align its projects under the Belt and Road Initiative with Bangladesh's development priorities.

August 2019
Bangladesh ended a self-imposed export ban of fresh produce to Europe, introduced two years earlier in response to European Union (EU) regulators detecting pests in consignments of exports to Europe. Bangladesh had since improved the quality of its packing standards.

October 2019
Officials from Bangladesh and the EU met in Dhaka to discuss the key priorities for the post-2020 co-operation agenda and to look into the Bangladesh government's five-year plan from 2021.

The Oxford Internet Institute reported that Bangladesh was the second largest supplier of online labour in the world, and because two-thirds of its population was under 25 years of age, it could potentially add many new workers to the digital pool in the years ahead.

January 2020
Bangladesh's Prime Minister announced that the country would set up an economic zone for the United Arab Emirates by 2023. Formalities regarding the economic zone were ongoing and once complete, more details on the zone would be released. Bangladesh would provide the land for the development of the zone that would be used for the manufacturing of export-oriented halaal products, the prime objective of the economic zone.

March 2020
Bangladesh Bank announced a move to set up a special fund to support the stock markets – as reported by the Dhaka Tribune. The fund saw a mixture of seven state-owned and private banks borrowing (at a low interest rate) and then invested BDT200 crore each in the stock market, taking the combined size of the special fund to BDT1,400 crore.

May 2020
Officials from the Asian Development Bank board said that it was likely to approve USD500 million worth of credit support for to help it meet its budget deficit during the current financial year. Following the approval, the government was expected to sign a loan agreement within 7-10 days to get the fiscal support.

May 2020
Bangladesh Bank aimed to release new currency notes of BDT250 billion (USD2.9 billion) in the market before May 24 2020. Some officials at the central bank said the decision to release new cash in the market is part of its move to withdraw old notes and replace them with new ones to prevent the spread of Covid-19.

May 2020
Trade between neighbours India and Bangladesh had been completely cut off from May 4, 2020, through the Benapole port due to the movement of the Trinamool Congress, the ruling party in West Bengal state, in Bangaon of India. 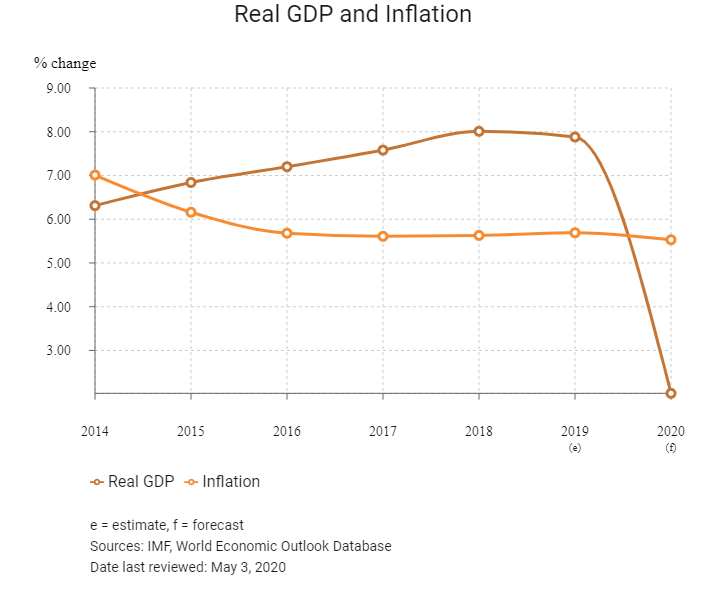 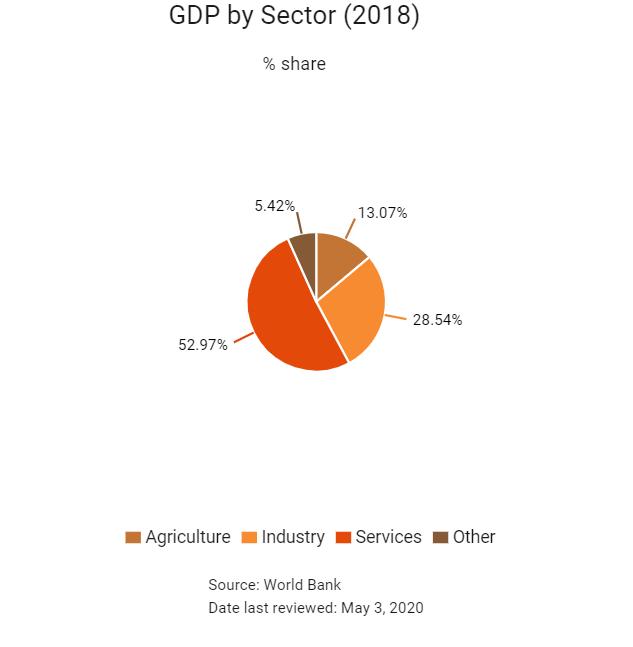 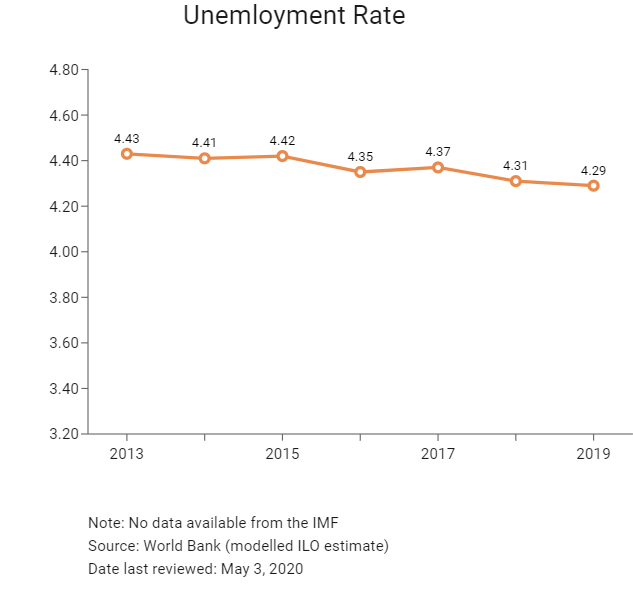 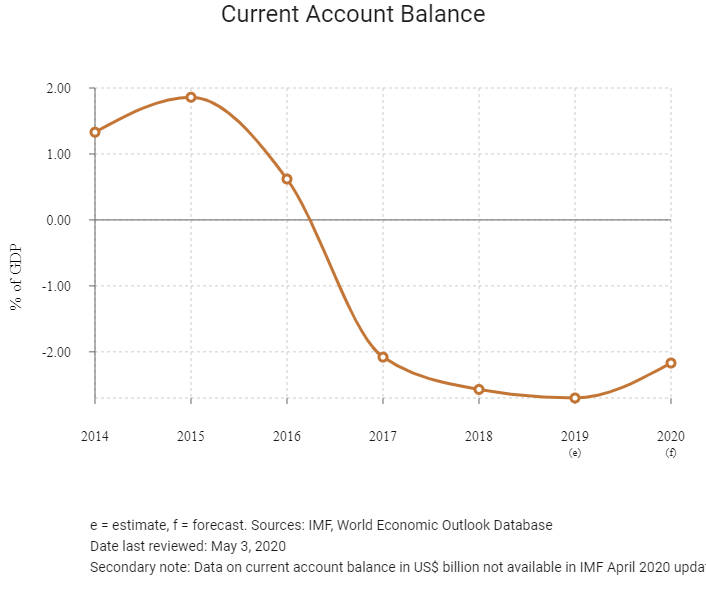 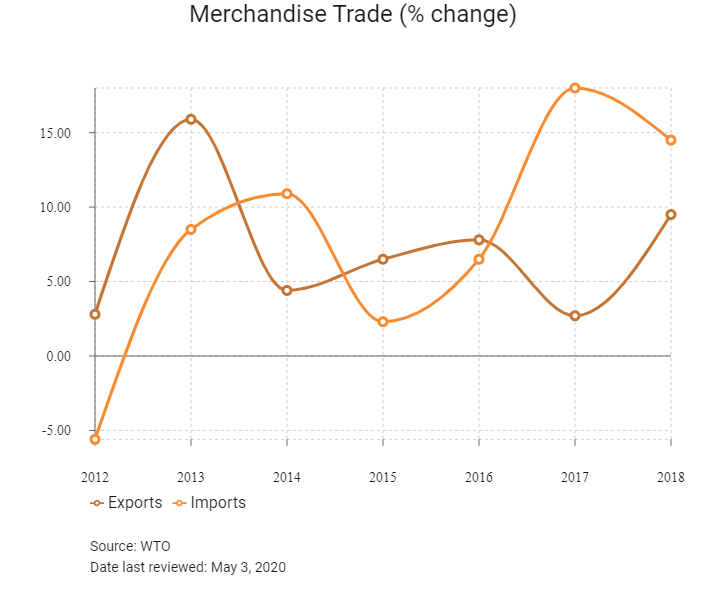 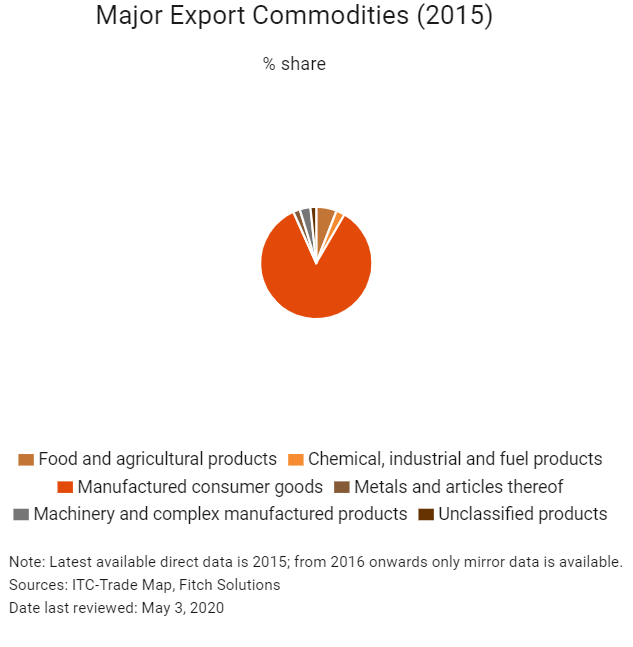 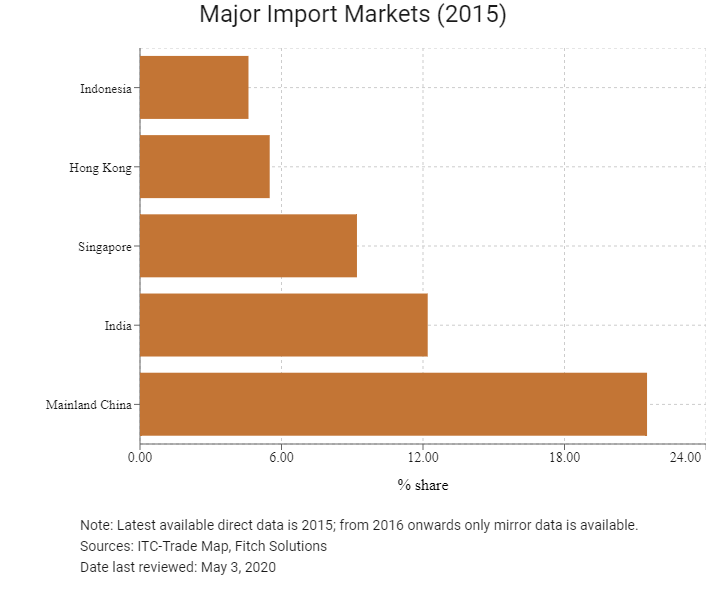 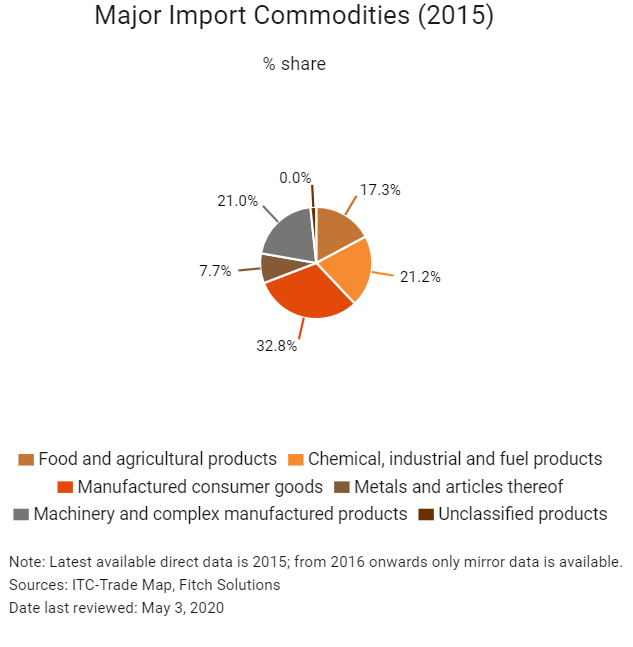 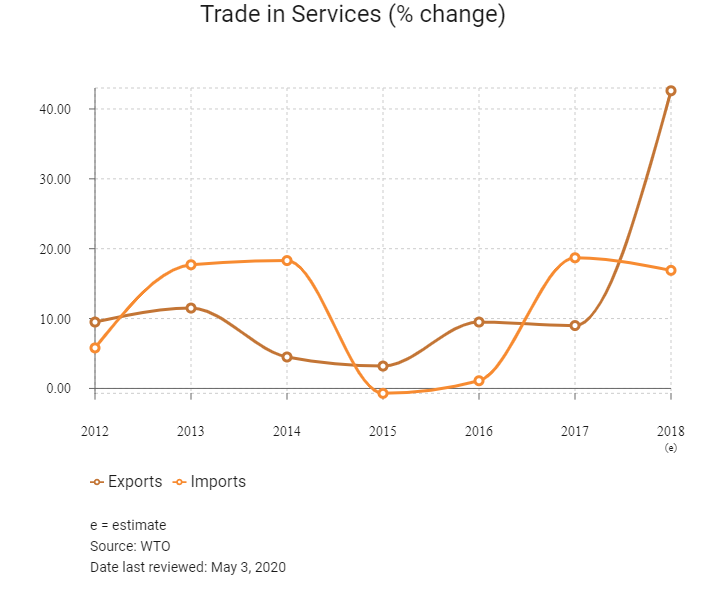 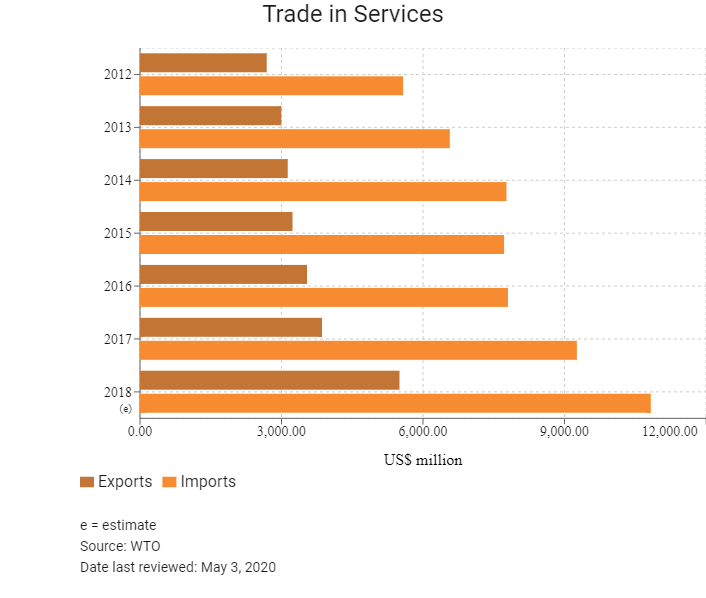 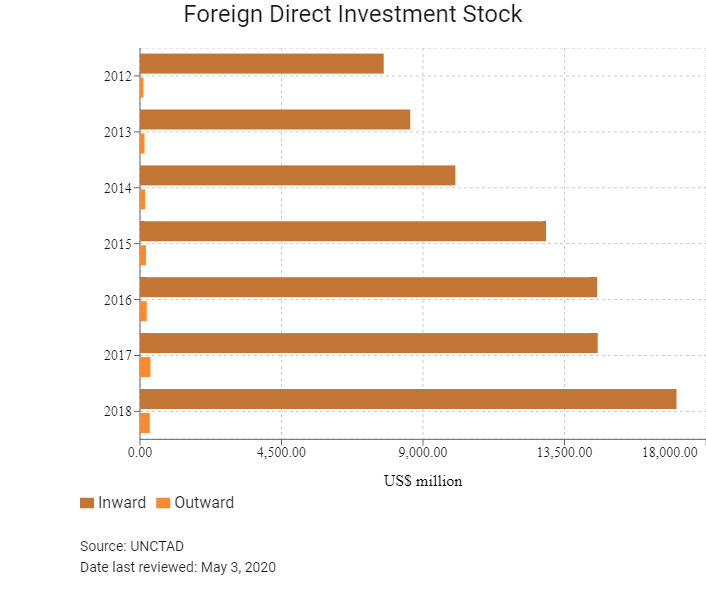 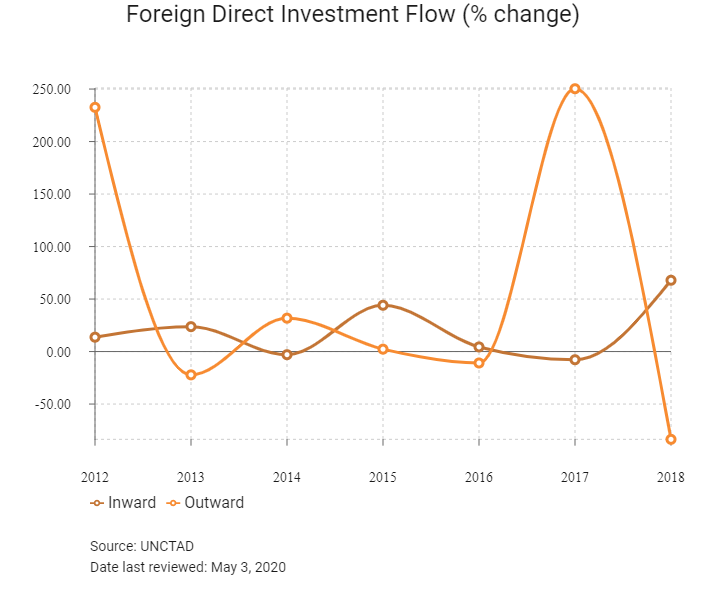 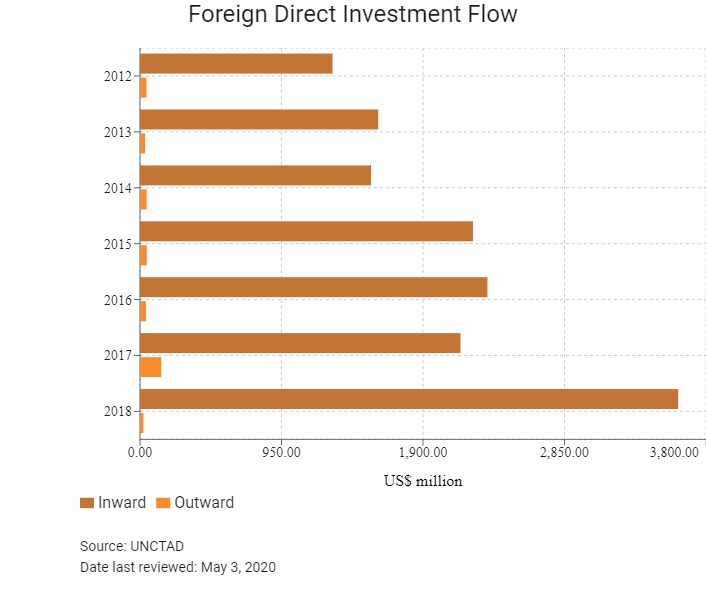 This document has been composed with the online instant web content converter which can be found at htmleditor.tools

Source: Bangladesh National Board of Revenue

Source: Bangladesh National Board of Revenue
Date last reviewed: May 3, 2020

The BIDA stipulates that private sector industrial enterprises wanting to employ foreign nationals are required to apply in advance. Foreign nationals can normally be employed for jobs for which local personnel are not available, and the number of foreign employees should not exceed 5% of total employees (including management staff) in the industrial sector and 20% in the commercial sector. In addition, foreign nationals are initially considered for a term of only two years, after which employment may be extended dependent on BIDA approval.

All foreign nationals seeking paid employment in Bangladesh must be in possession of a valid work permit. The tenure of a work permit for a foreign worker is generally two years. Foreign citizens or nationals of India, Pakistan and South Korea travelling by air to Bangladesh with a valid visa for 90 days or longer are required to register at the airport.

ECONOMIC RISK
Bangladesh has relatively low economic risk by regional comparison, which is a reflection of the country's high economic growth rate amid still elevated inflation and long-running fiscal deficit. Remittances from overseas workers help to cover the substantial goods and services trade deficit. However, the trade gap remains a risk to economic growth in the near term amid rising global headwinds. That said, in 2020 economic growth will slow, due to Covid-19. In addition, downside risks include threats from a banking system under strain from non-performing loans and vulnerability to natural disasters such as flooding and cyclones.

OPERATIONAL RISK
Bangladesh's overall investment attractiveness is weighed down by structural weaknesses in the country. Underdeveloped transport and utilities infrastructure and significant legal and security risks will preclude rapid foreign direct investment growth in the medium term. In addition, firms experience significant barriers to entry in some sectors, emanating from onerous taxes, sector-specific foreign participation restrictions as well as legal and reputational concerns, particularly regarding factory safety and domestic working conditions. These factors, combined with burdensome bureaucracy, will lead to supply chain disruptions, elevated business costs and further deteriorate risk sentiment. Upside risks stem from the country's large population, competitive labour costs and proximity to key source markets, which are significant pull factors for businesses looking to set up labour-intensive operations, particularly in industries such as ready-made garments, footwear and other forms of light manufacturing. 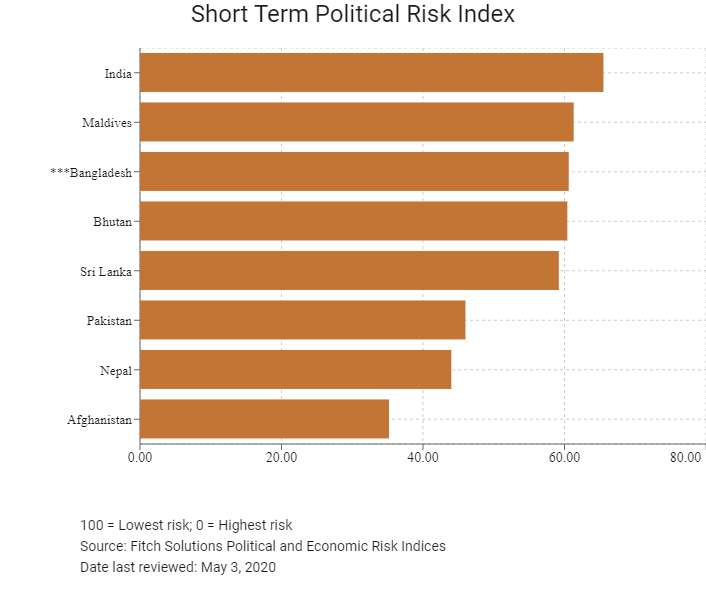 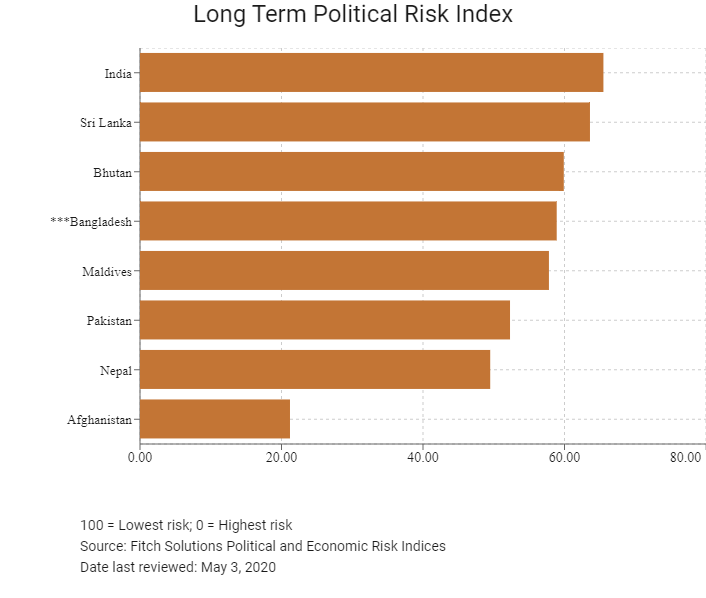 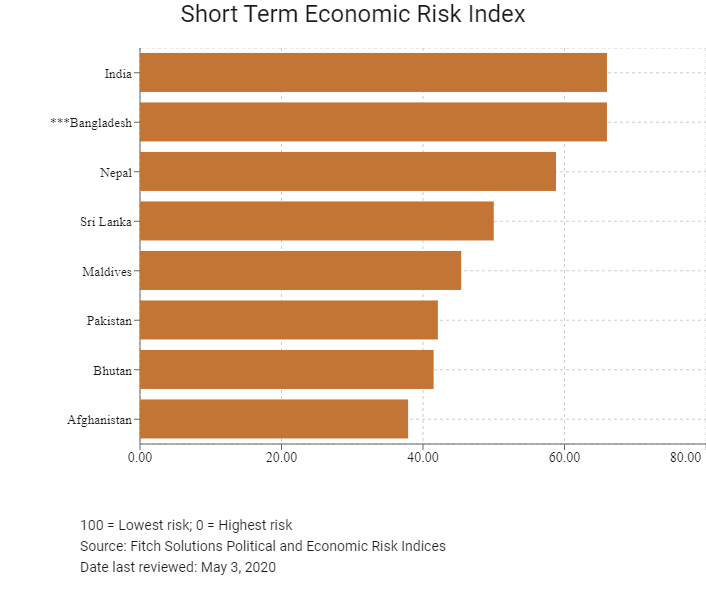 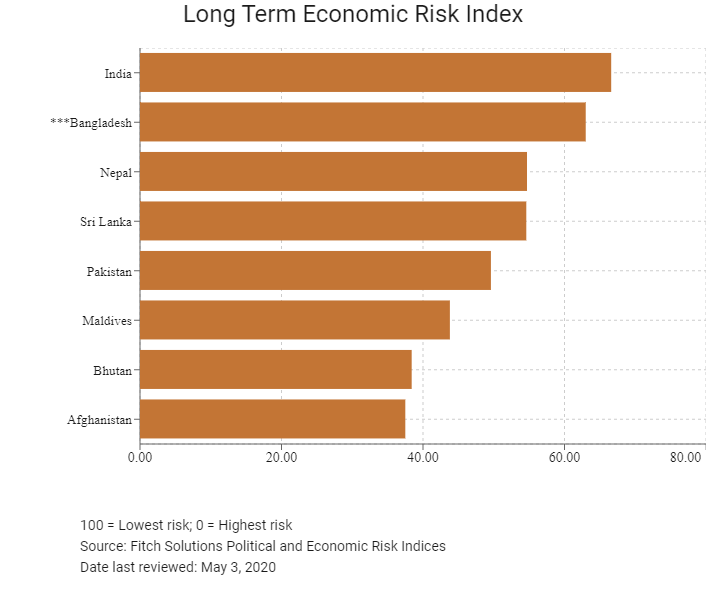 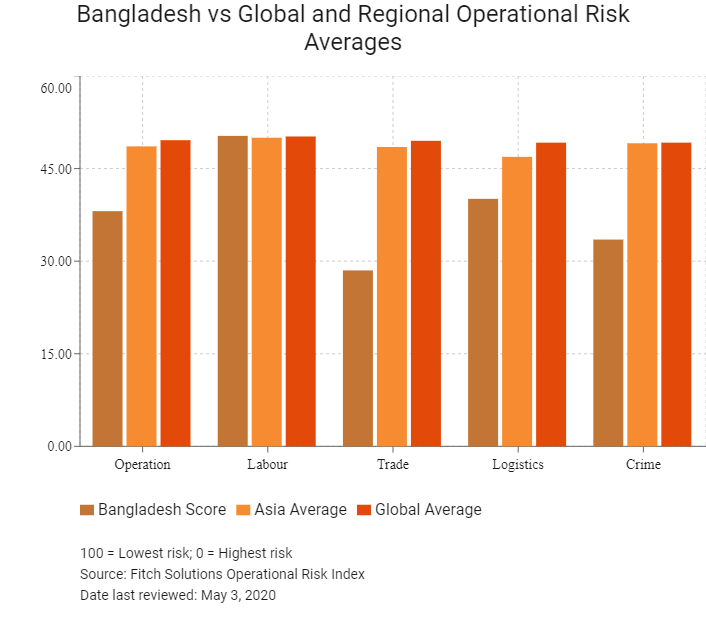 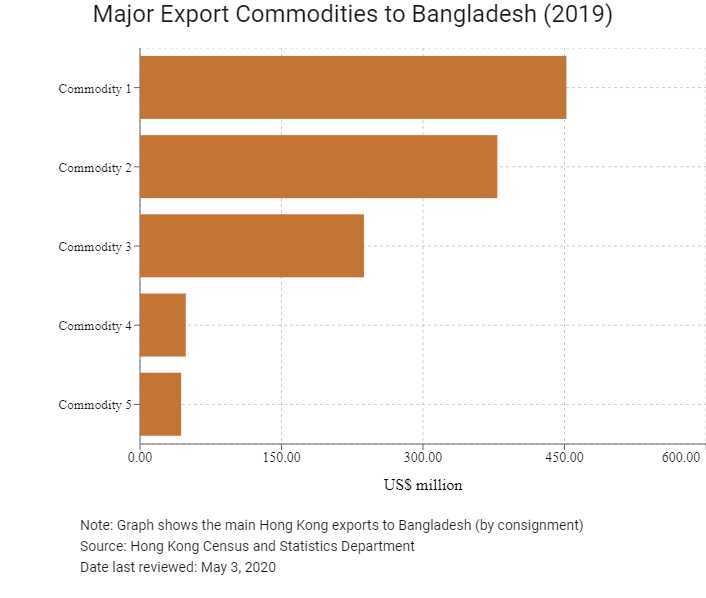 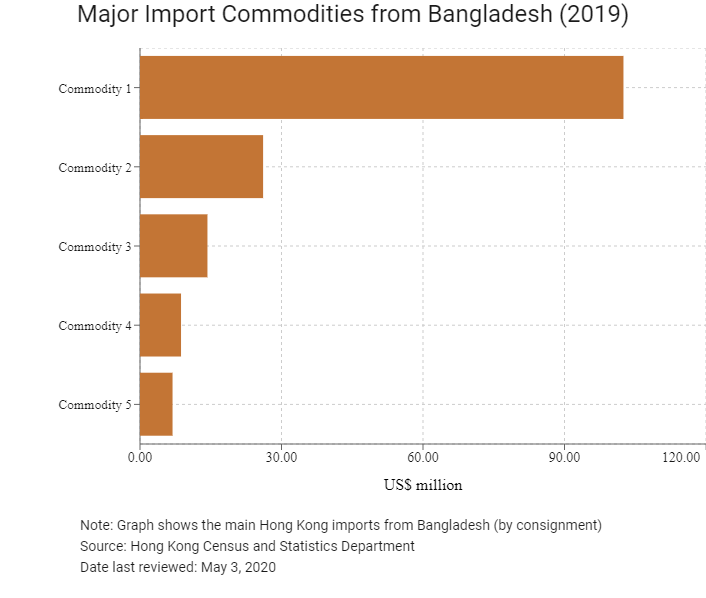 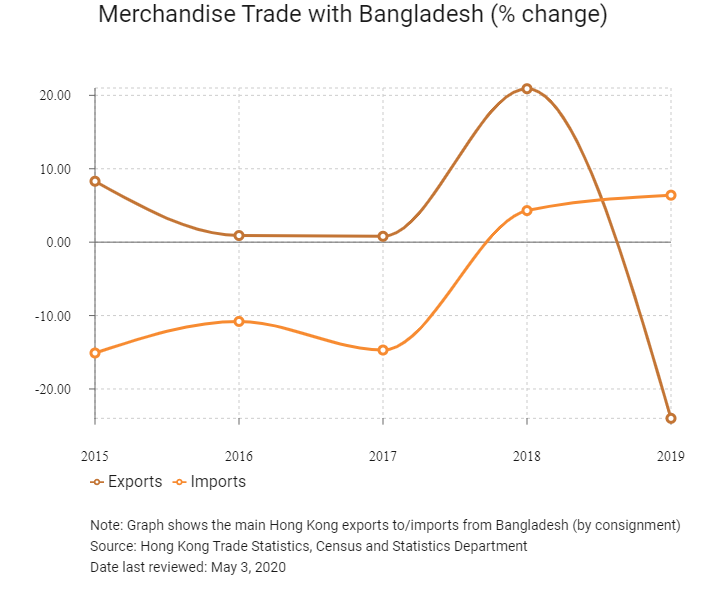 Treaties and agreements between Hong Kong, Mainland China and Bangladesh

Consulate General of the People's Republic of Bangladesh in Hong Kong

HKSAR passport holders need one of several types of visa issued before arrival when visiting Bangladesh.
​​​​​​​Source: Consulate General of The People's Republic of Bangladesh in Hong Kong
​​​​​​​Date last reviewed: May 3, 2020 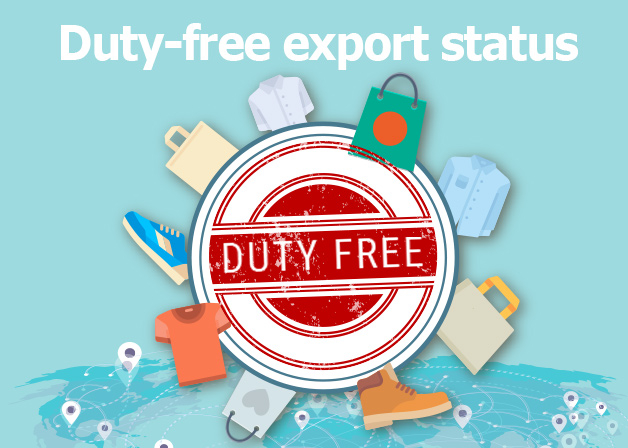