Since the escalation of conflict in the first quarter of 2015, economic activity has significantly slowed. The conflict has caused widespread disruption of productive sectors, with substantial reduction in jobs, private sector operations, and business opportunities. Operating costs rose severely due to insecurity and lack of supplies and inputs, leading to massive layoffs to the country’s formal and informal workforce. Economic prospects in 2020 and beyond will depend on stabilisation of the political and security situation. Saudi Arabia remains the top source of aid funding for Yemen, providing USD968.4 million to the Yemen Humanitarian Response Plan in 2019. While the response plan does include some reconstruction efforts, with Yemen's food crisis escalating the short-term focus will remain on humanitarian relief. Much of the instability in macroeconomic indicators – rapidly growing government debt, accelerating inflation related to money printing for salaries, rapid depreciation of the exchange rate – will improve with an improvement in security, easing of import barriers, the restoration of government services, and a recovery of the private sector.

June 2015
The leader of Al-Qaeda in Arabian Peninsula, Nasser al-Wuhayshi, was killed in a United States drone strike in Yemen.

July 2017
Mainland China provided a grant of USD22.5 million in relief assistance to the Yemeni government.

December 2017
Former president Saleh was killed after fierce fighting in the capital Sanaa.

September 2018
Yemen's central bank hiked rates on certificates of deposit to 27%, up from the 15% level that it had held constant since 2014.

November 2019
UN seeked to negotiate a cease-fire, after months of fighting around the key Houthi-held port of Hudaydah and a mounting humanitarian crisis.

January 2020
The Saudi Development and Reconstruction Program for Yemen (SDRPY) broke ground on the first phase of a project which involved the modernisation and expansion of Aden International Airport in Yemen. The project would be executed in three phases. The first phase involved providing electricity, employing safety measures, studying and redesigning external main gates and roads, and providing passenger transport buses. The second phase would cover building and connecting key service systems, such as telecommunications, navigation and air traffic control. It would also include rehabilitation of the runway, taxi areas and gates. The final phase would involve aligning airport facilities and operations with International Civil Aviation Organization standards. 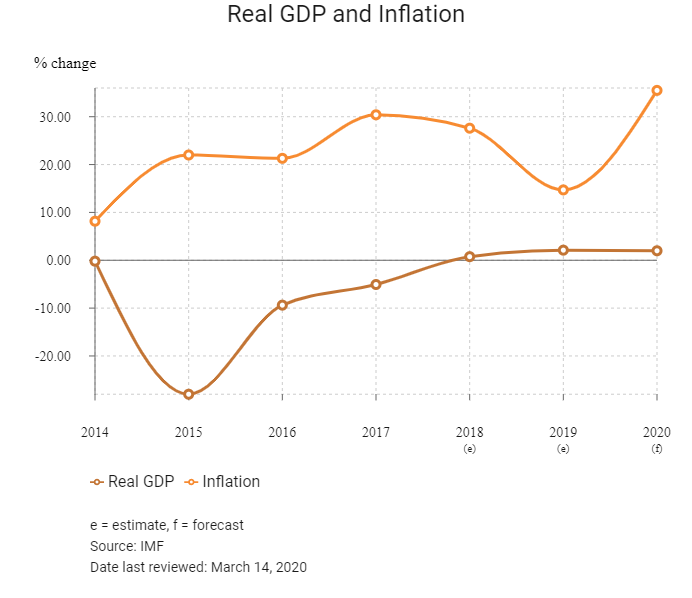 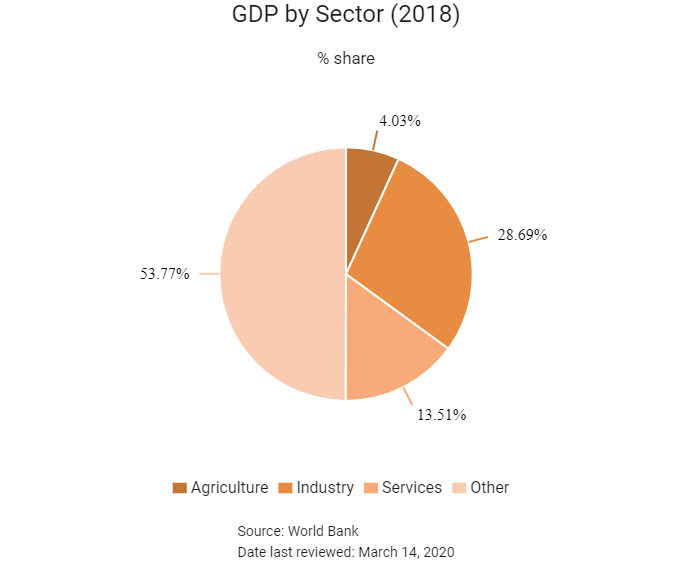 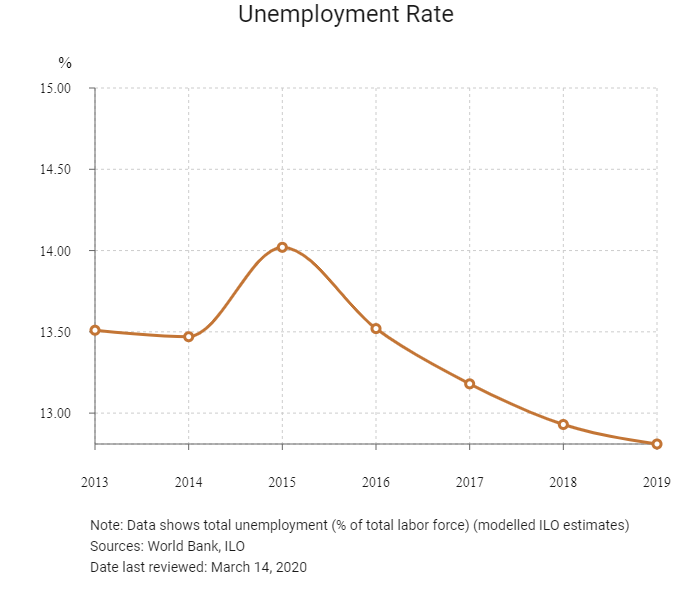 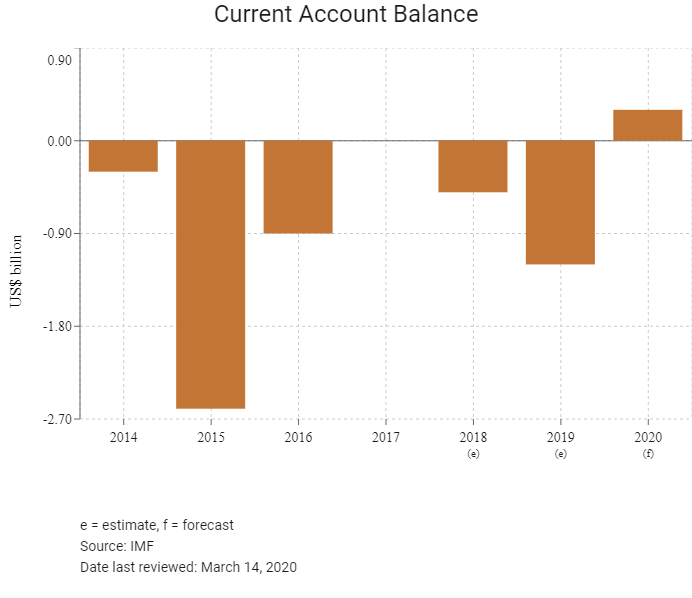 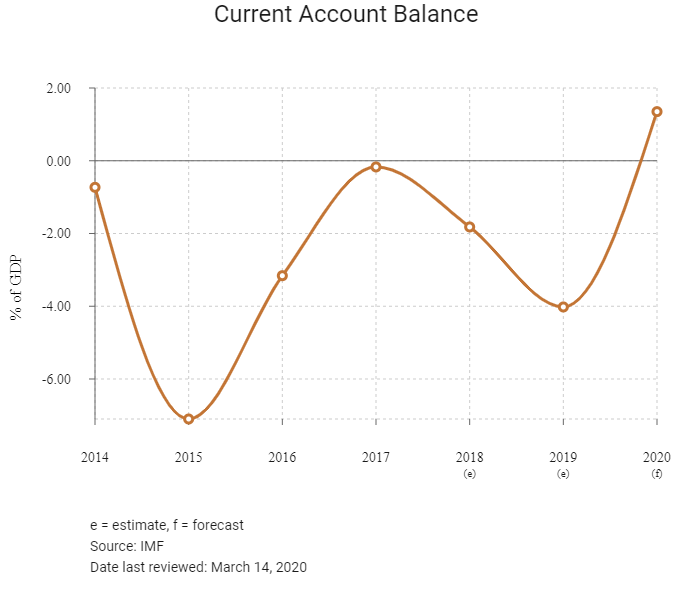 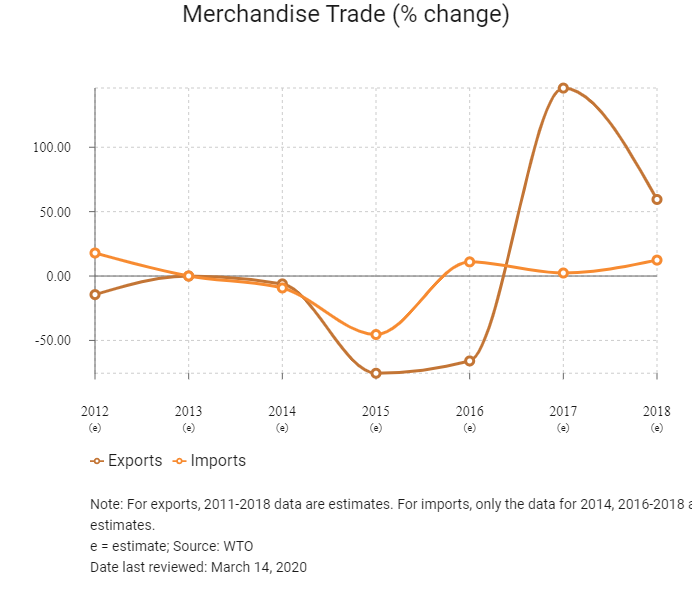 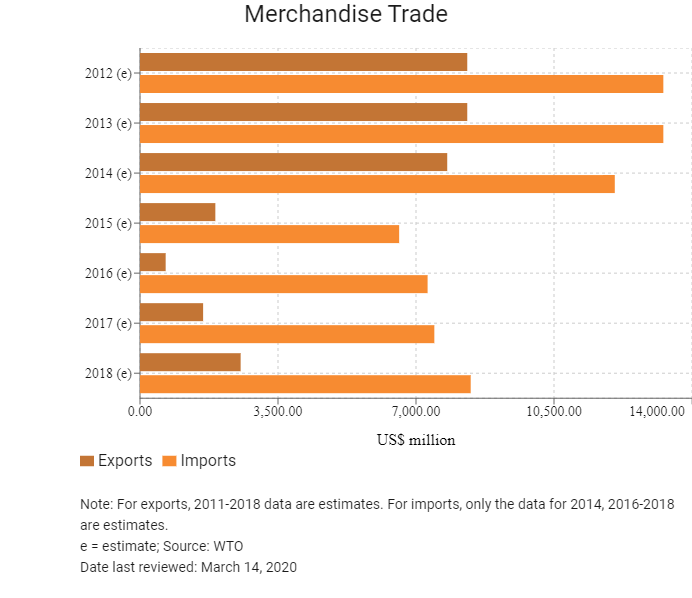 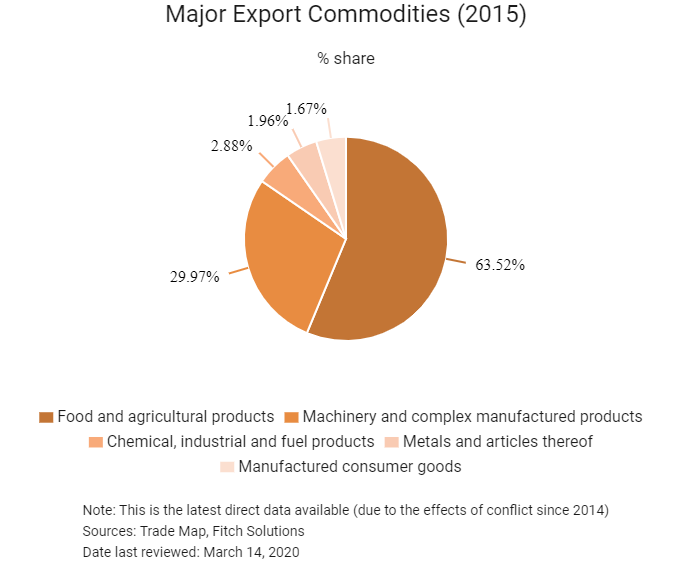 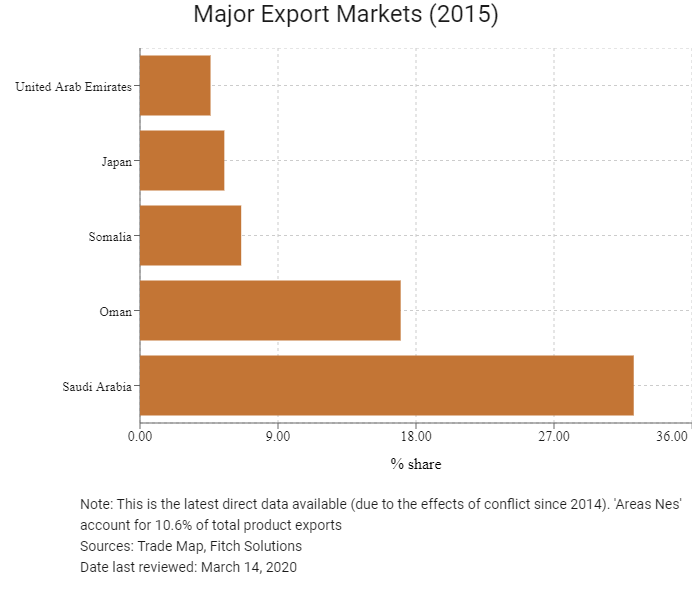 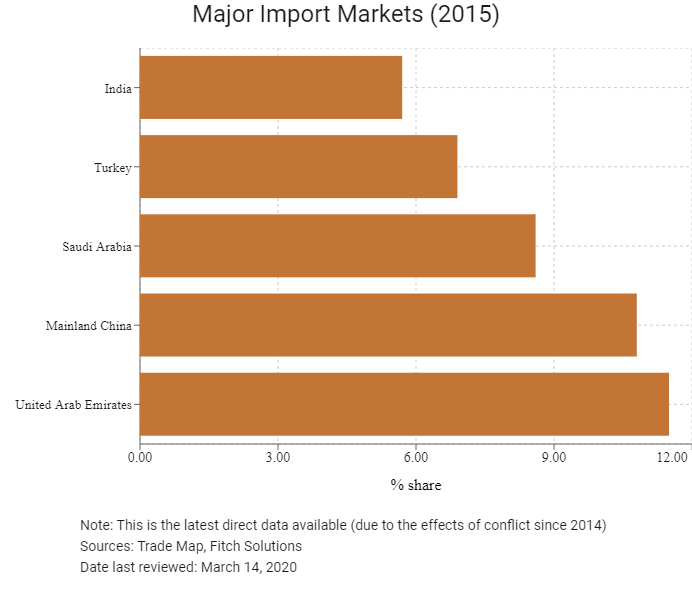 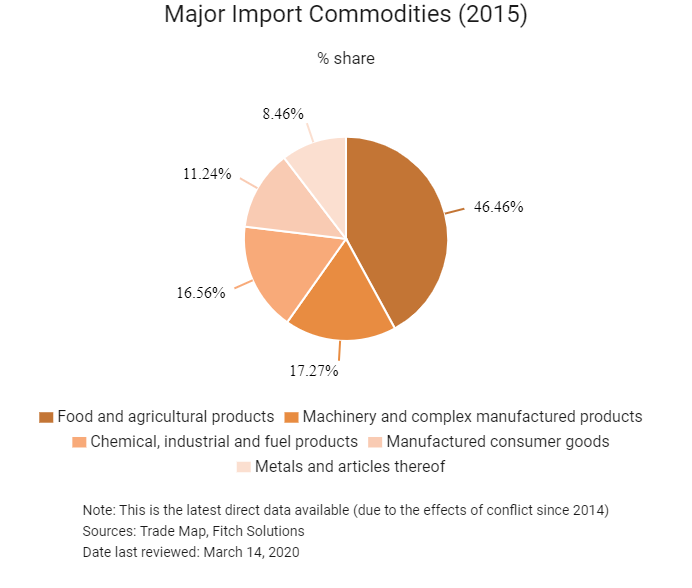 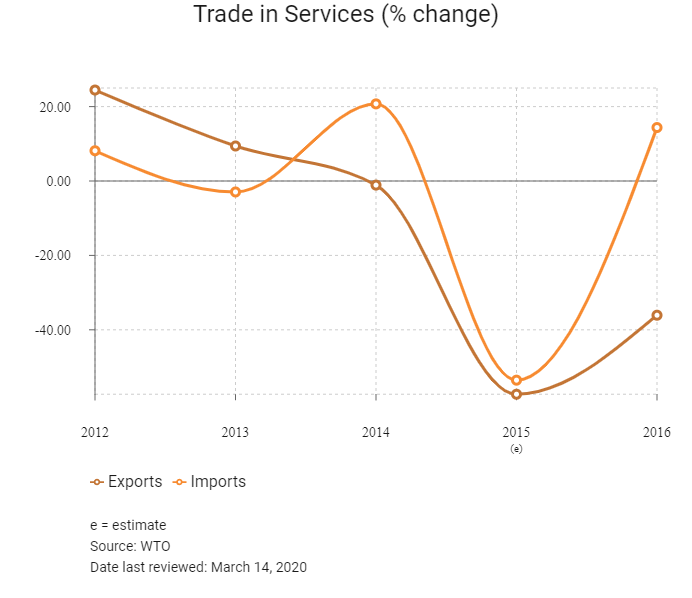 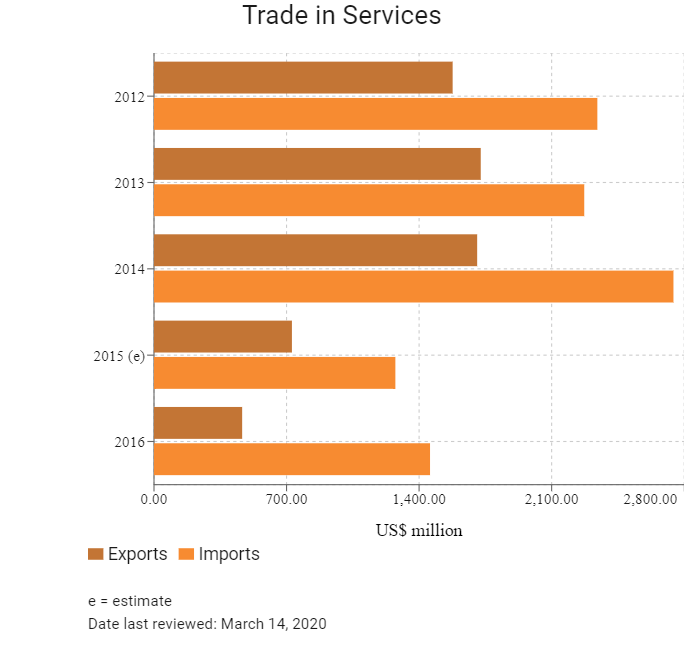 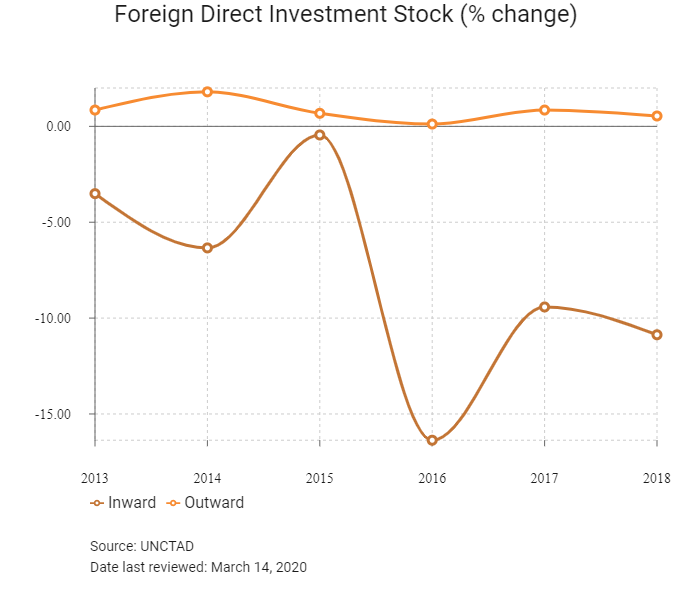 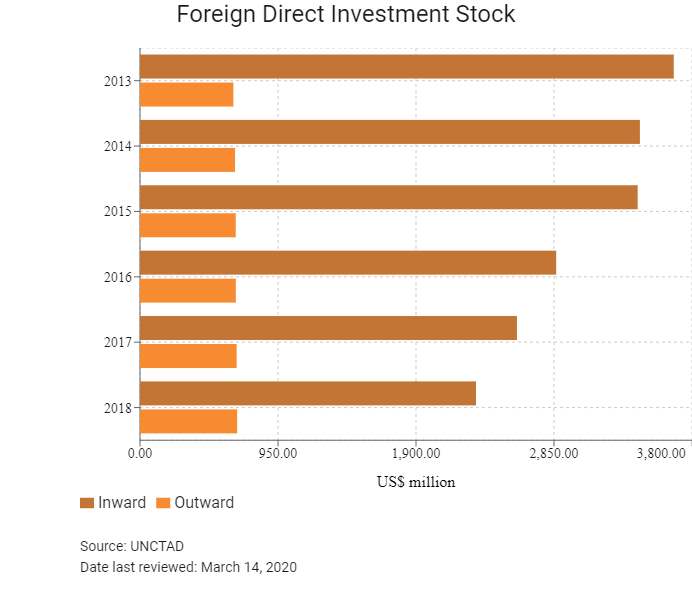 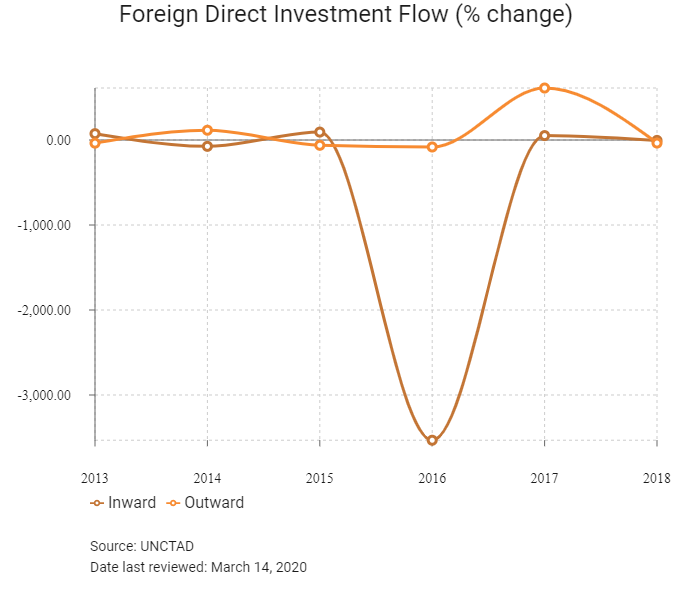 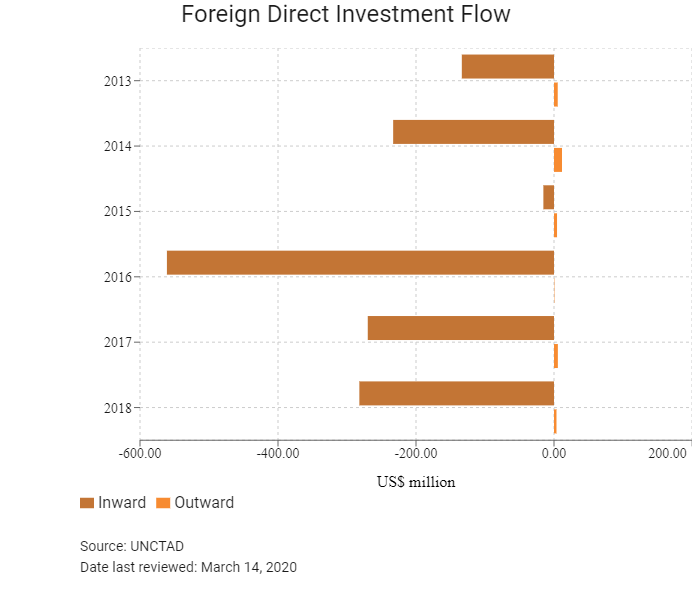 Visitors to Yemen must obtain a visa from one of the Yemeni diplomatic missions unless they come from one of the visa countries whose citizens may obtain a visa on arrival. Until January 2010, Yemen had a visa on arrival policy for some 50 countries (predominantly Muslim). Tourist and/or business Visas are required by all except nationals of Iraq, Jordan and Syria, but citizens of these states must still get a doctor to confirm that they are good health. All applications are referred to Yemen and can take one to two months for the approval. Single entry visas are valid for three months, and multiple entry visas are valid for six months. Visitors must register with Yemeni authorities if they plan on staying in Yemen for longer than two weeks.

Yemeni law requires that all visitors/tourists register at a Yemeni police station or at the Passport and Immigration Authority within two weeks after arrival to Yemen. Failure to register will result in complications upon departure and a possible fine.

Getting a work visa for Yemen is difficult. Applicants will first need to get a Work Permit from the local authorities in Yemen. The Yemeni-based employer must assist in procuring the work permit and then the applicant must consult the consulate to find out specific terms for getting the work visa. According to the labour law of Yemen, foreign employees will be at risk of having their work permit revoked if they do not perform the works for which they are employed or lose vital qualifications that are required to execute the job.

1. Any employer who wishes to engage foreigners shall submit an application for permission to bring them into the country in the form to be specified by the Ministry, provided that such application shall include the following information:


2. An application shall be submitted together with:

3. Any employer employing a non-Yemeni worker must:

ECONOMIC RISK
The economic gap between Yemen and the rest of the Middle East remains considerable. In order to improve the situation, Yemen needs investment in education, economic diversification through the development of its non-hydrocarbon sectors and infrastructure; however, against the backdrop of internal conflict, this is unlikely to be forthcoming. The ongoing conflict will prevent a sustained uptick in Yemen's hydrocarbon exports over the quarters ahead, ensuring continued depreciation of the rial and associated elevated inflation. Together with the government's challenges in paying public sector salaries, this will cause consumption to fall in the near term. Yemen's economic recovery will rely on foreign assistance and the country remains highly vulnerable to external shocks. In 2020, the country could see some upside as oil output from some of Yemen’s more stable oil-producing governorates will continue to rise gradually in the quarters ahead, as federal and local authorities work to increase production capacity. Oil and Minerals Minister Aws al-Awd stated on January 2, 2020 that his government targeted output of 80,000 barrels per day (b/d) in Q120, up from an estimated 50,000b/d currently. Efforts to complete hydrocarbon transport facilities and arrange gas exports are reportedly also being made, with the assistance of Saudi Arabia. This should help encourage some export growth over 2020, although volumes look set to remain small relative to the levels seen prior to the outbreak of conflict.

OPERATIONAL RISK
Yemen is a small oil-producing country outside of OPEC with limited economic diversification outside the oil sector. Security challenges in Yemen impede educational attainment in affected areas, as well as logistics capacity enhancements in the short- to medium term. According to the World Bank, almost 55% of power infrastructure such as power stations and transmission lines in Yemen have been damaged by the conflict with around 8% of facilities destroyed. Reconstruction works will be heavily reliant upon regional funding, most likely from the United Arab Emirates and Saudi Arabia. A lack of domestic expertise and capacity will also necessitate the involvement of foreign construction companies. 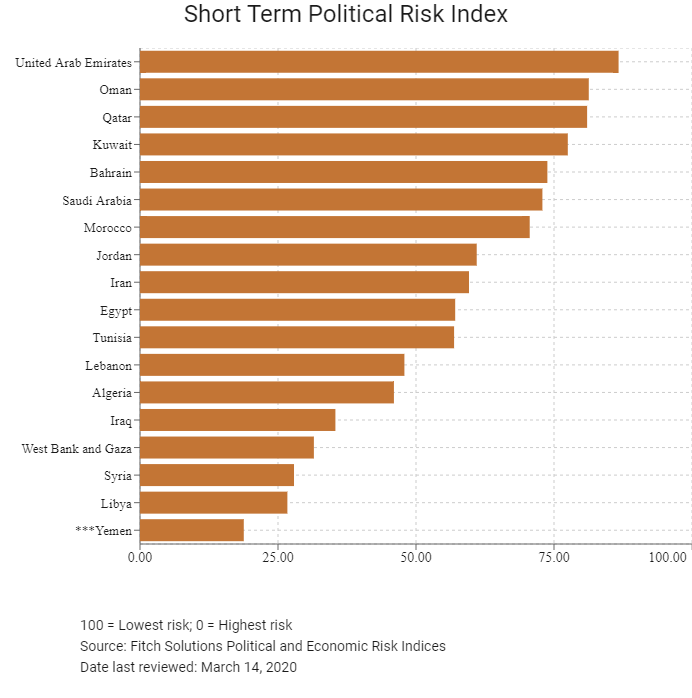 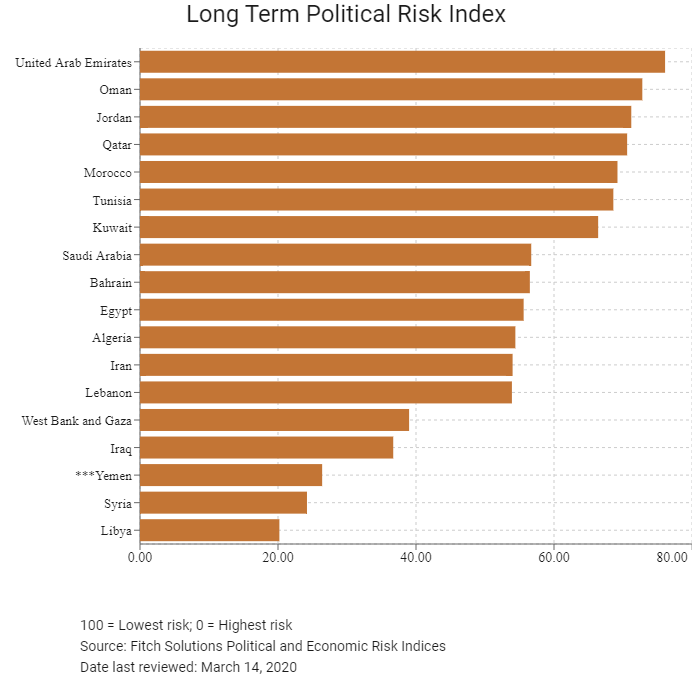 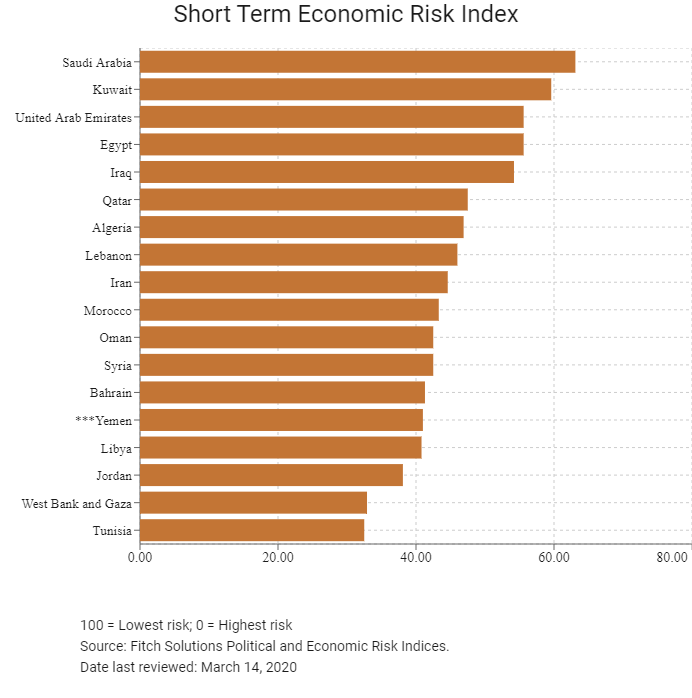 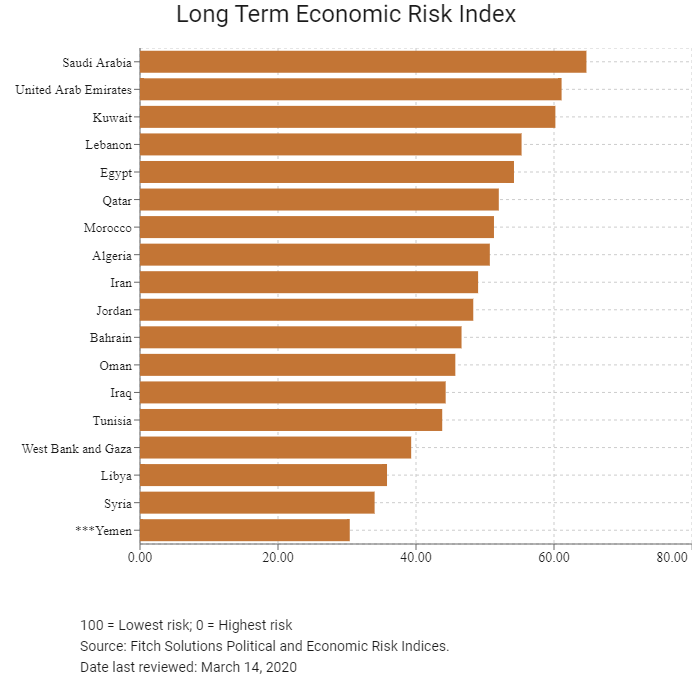 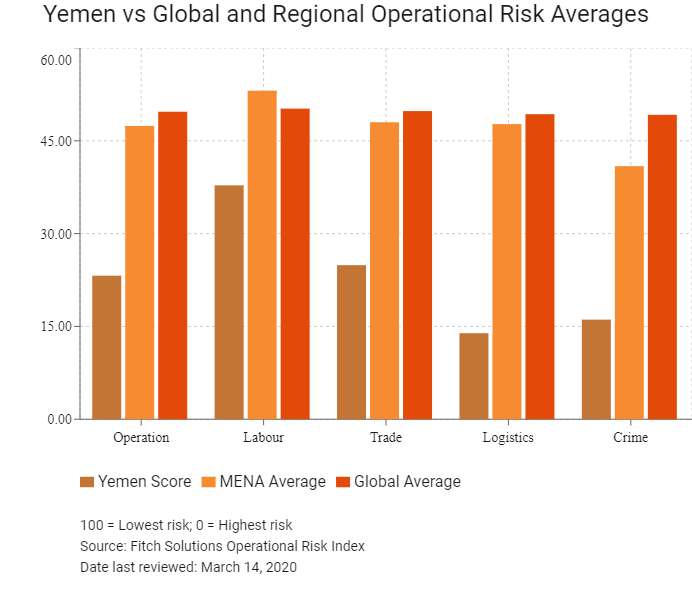 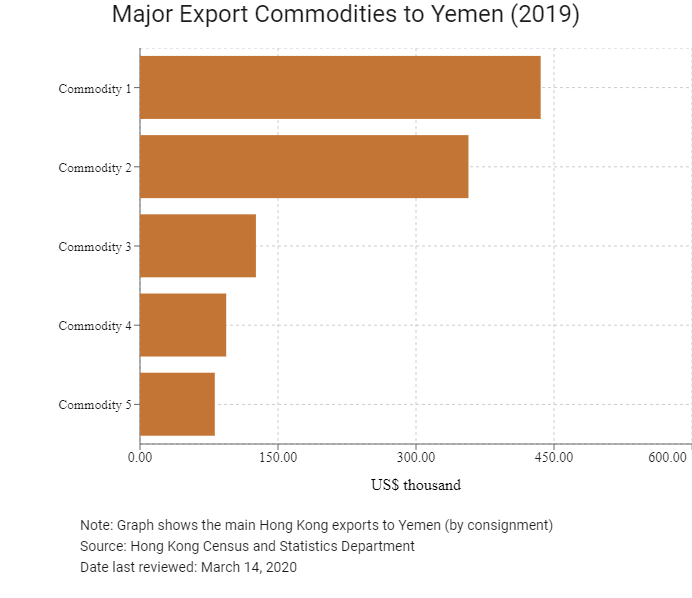 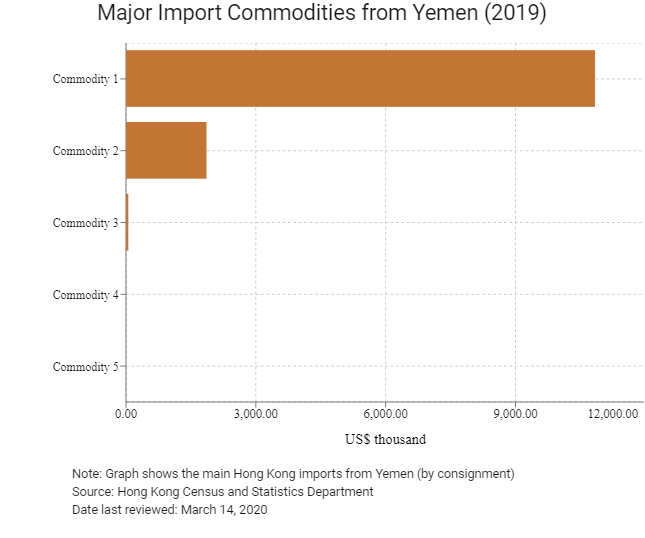 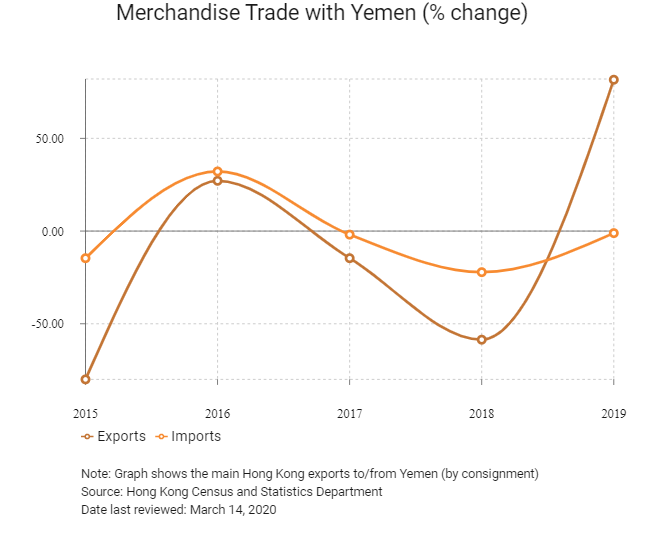 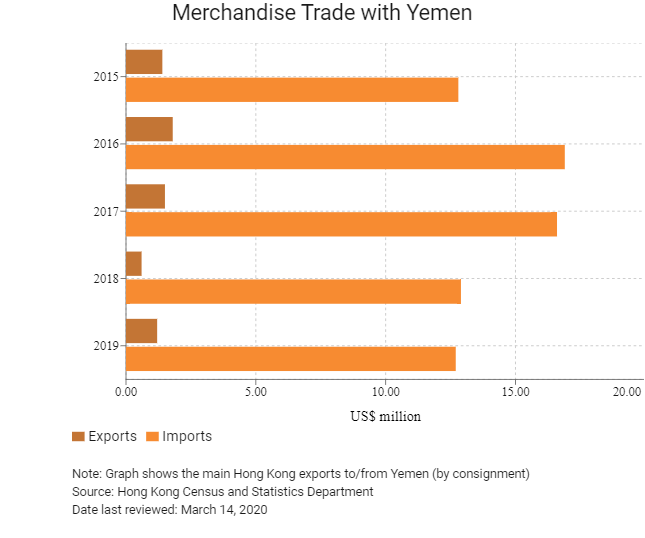 Treaties and agreements between Hong Kong and Yemen

Yemen has a Bilateral Investment Treaty with the People's Republic of China which entered into force in April 2002.

Commercial and Economic Section in Hong Kong
The Arab Chamber of Commerce & Industry (ARABCCI) was established in Hong Kong in 2006 as a leading organisation at promoting commercial ties between Hong Kong/mainland China and the Arab World.