The United Arab Emirates (UAE) has well-established infrastructure, a stable political system and one of the most liberal trade regimes in the Gulf region. It continues to be increasingly important, relevant and attractive to businesses from around the world as a place to do business and as a hub for the region and beyond. While the oil sector continues to make up a significant proportion of Gulf Cooperation Council economies, the UAE is successfully diversifying its economic base from over-reliance on the energy sector. In the medium term, firmer oil prices and the easing of fiscal consolidation had been expected to promote economic activity, especially as investments ramped up ahead of Dubai's Expo 2020, but the decision to delay that event by one year (with all that implies for tourist inflows and the delays to business spending that would have coincided with the event), low oil prices and slowed production have weakened the outlook. The developing disruption caused by the global fallout from the coronavirus pandemic, including commodity price shocks, means that the healthy upside of economic reforms will likely offer only limited protection from the downside risks damaging economic growth.

May 2018
The UAE and the Saudi Arabia signed the first double taxation treaty (treaty) between members of the Gulf Cooperation Council (GCC).

July 2018
The UAE accepted setting up a comprehensive strategic partnership with Mainland China.

July 2019
Emirates Water and Electricity Company launched a tender for a 2GW solar photovoltaic power project in Abu Dhabi. Successful bidders would have a 40% equity stake in the facility, while local entities would hold the remaining share. Deadline for the submission of bids was the fourth quarter 2019 and the facility was slated to begin operations in 2022.

October 2019
The UAE and Russia signed six deals in the energy, advanced technology and health sectors worth over USD1.3 billion during Russian President Vladimir Putin’s visit on his Gulf tour.

During a 10-day trip to Asia and the Middle East by President Jair Bolsonaro it was announced that Brazil and the UAE had agreed to expand trade between the two nations and to foster investment fund partnerships in sectors such as agribusiness, infrastructure, energy and defence.

January 2020
The Federal Electricity and Water Authority (FEWA) of the UAE launched tender seeking expressions of interest for the development of 500MW solar photovoltaic (PV) park in Umm al-Quwain. The selected developer would be responsible for designing, building, financing as well as operating the project, which would be developed under Independent Power Producer framework. The developer would hold a 40% stake in the project, while the remaining would be held by FEWA and the government of Umm Al Quwain. FEWA would also enter into long-term power purchase agreement with the developer as the sole off-taker of electricity from the project.

February 2020
The UAE announced the discovery of 80 trillion standard cubic feet of shallow gas resources in place between Saih Al Sidirah and Jebel Ali in the emirates of Abu Dhabi and Dubai respectively. The discovery would likely trigger a substantial upgrade in proved gas reserves over the coming years.
The UAE formed a Food Security Council amid concerns about food supply vulnerabilities because of the emerging coronavirus pandemic.

March 2020
The Dubai authorities had recommended that the Bureau International des Exposition agree to a one-year delay to the Expo that was due to start in October 2020. Around 11 million overseas visitors had been expected to attend and more than USD8 billion had been spent in preparation.

Abu Dhabi-based hospitals provider NMC Health revealed that it had discovered USD3 billion of debt the board was unaware of and had not approved. The revelation was in addition to the USD2.1 billion of debt reported in June 2019.

April 2020
The Dubai Future Foundation released a report identifying the massive increase of online traffic, from streaming services and remote working policies, as highlighting the need for a reassessment of regional telecom infrastructure and regulatory change.

The Department of Economic Development in Abu Dhabi announced an increase of 68% in new commercial licences (4,786 issued) in the first quarter of 2020.

The head of the immigration department in Dubai announced that in response to the coronavirus pandemic flexible visa extension programmes had been established and visa transfers from one company to another would be permitted.

Q1 2020
In response to the Covid-19 pandemic, authorities announced a stimulus package amounting to AED26.5 billion (USD7.2 billion) in various fiscal measures. Among these include AED16 billion approved by the federal government to support the private sector by reducing various government fees and accelerating existing infrastructure projects. 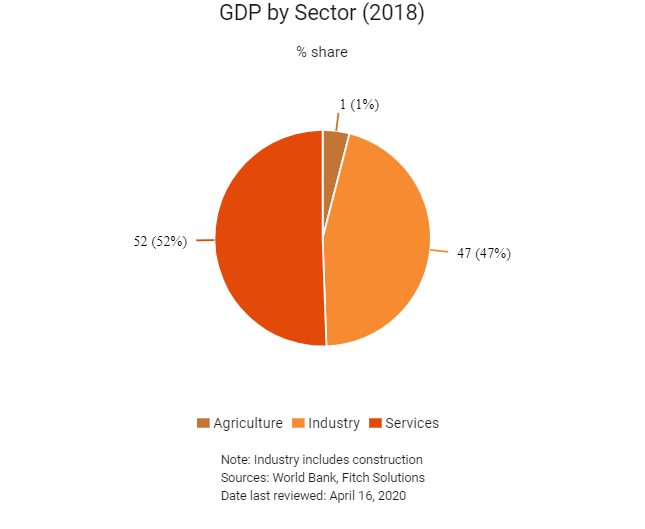 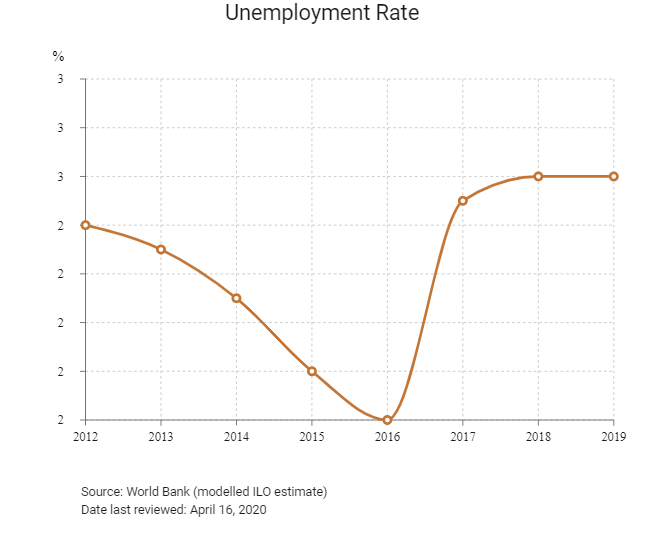 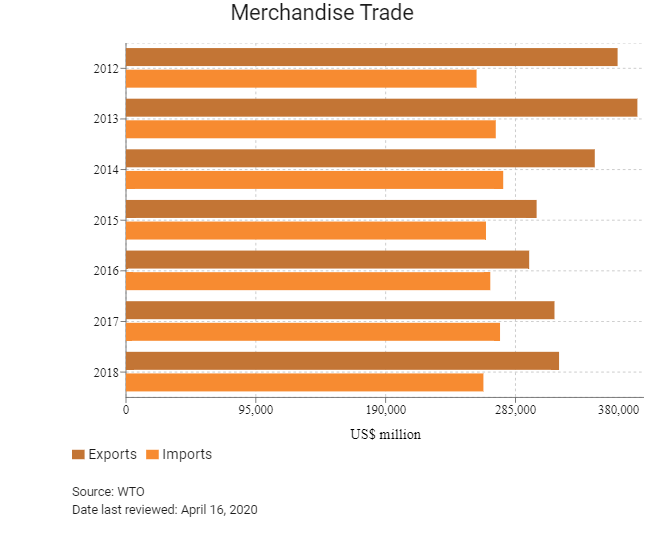 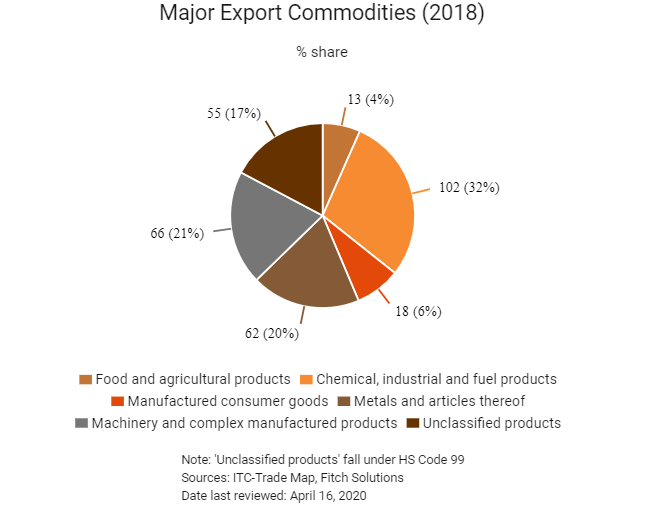 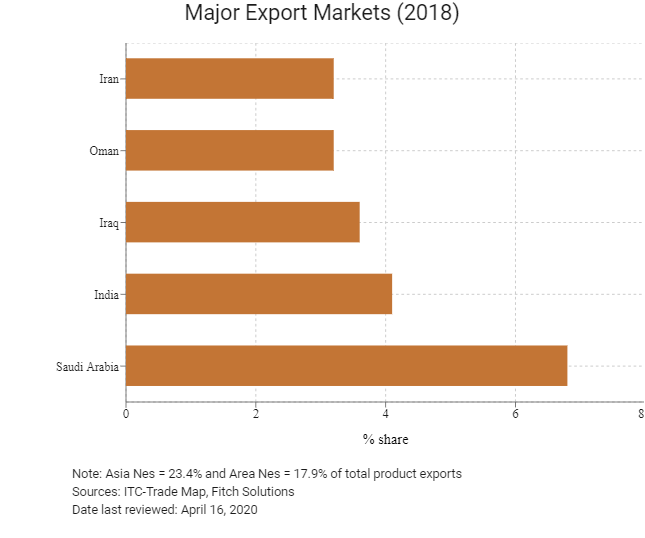 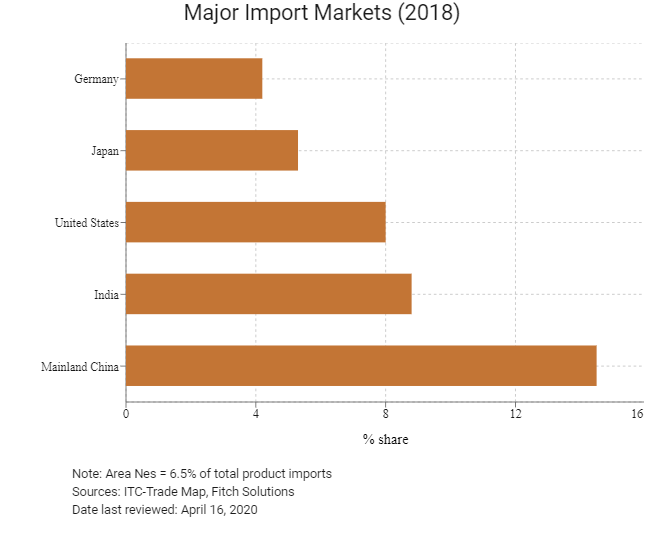 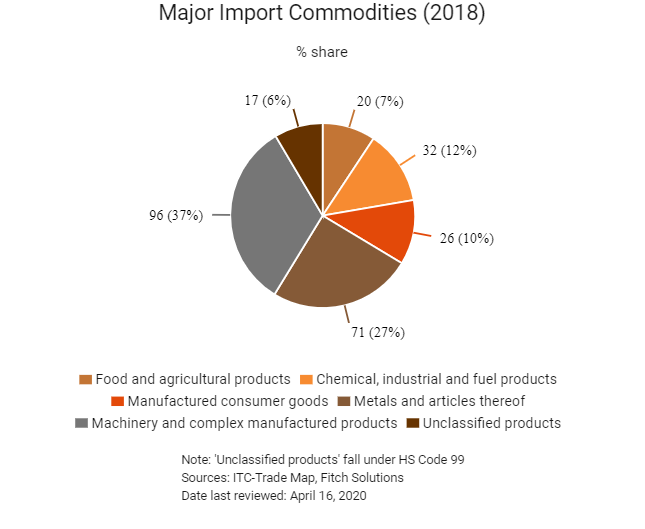 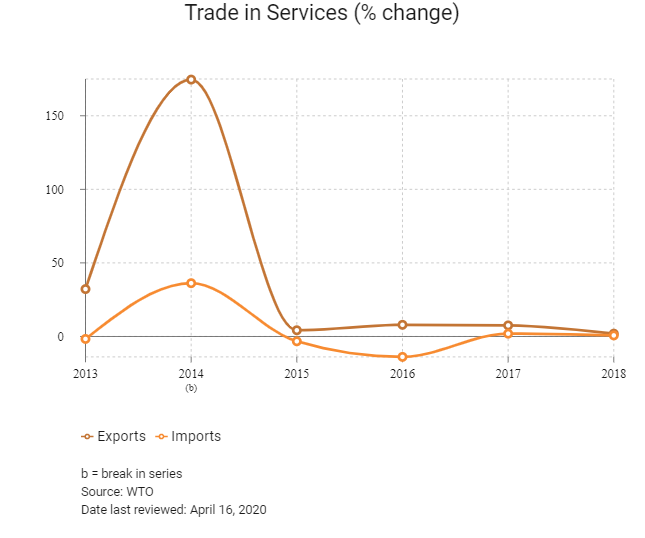 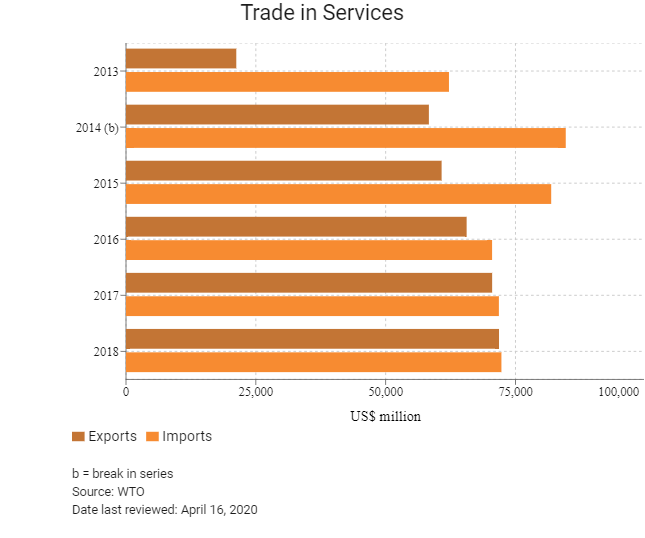 Negotiations for a free trade agreement (FTA) between the European Union (EU) and the GCC started in 1990 but were suspended in 2008. The region represents an important export market for the EU and ongoing cooperation between the two led to a more structured informal dialogue on trade and investment being launched in May 2017. The EU has had a delegation to the UAE since 2013 and in January 2018 a cooperation agreement was signed with the UAE Ministry of Foreign Affairs and International Cooperation to scale up EU–UAE relations and strengthen cooperation on key issues of mutual interest including trade, innovation, research and multilateral cooperation.

Signed But Not Yet in Effect

The Trade Preferential System of the Organization of the Islamic Conference (OIC): The agreement would see to the promotion of trade between member states by including most-favoured nation principles, harmonising policy on rules of origin, exchanging trade preferences among member states, promoting equal treatment of member states and special treatment for the least developed member states, and providing for regional economic bodies made up of OIC nations to participate as a block. The agreement will cover all commodities groups. The OIC comprises 57 members, which means fully realising such an agreement would be highly impactful, encompassing approximately 1.8 billion people. Although the framework agreement, the protocol on preferential tariff scheme and the Rules of origin have all been agreed on, members are required to update and submit their concessions list for the agreements and system to be able to come into effect. As of April 2020, only 14 nations, the UAE among them, have done so. 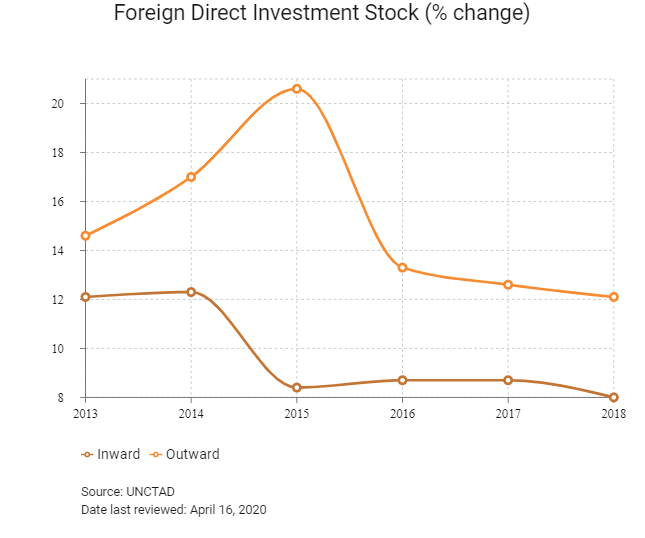 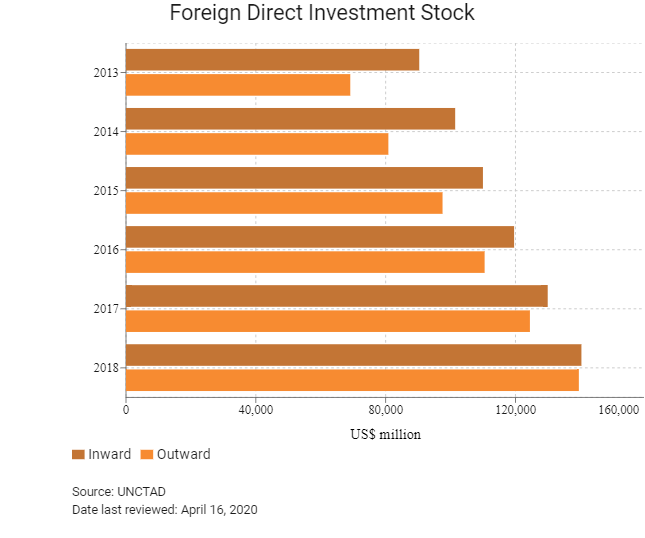 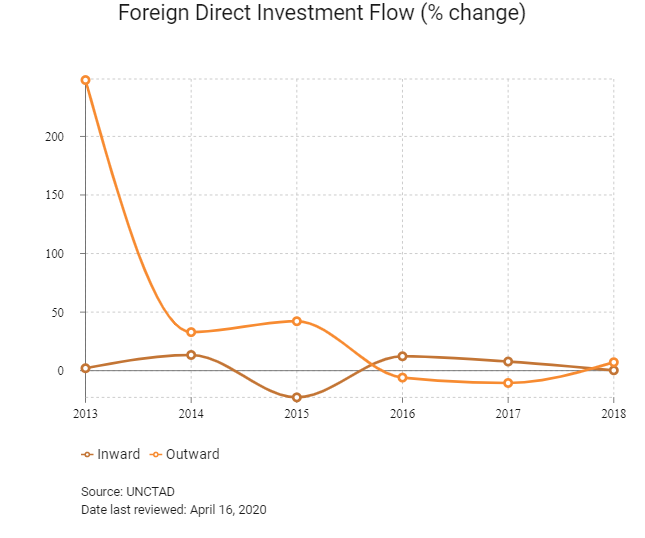 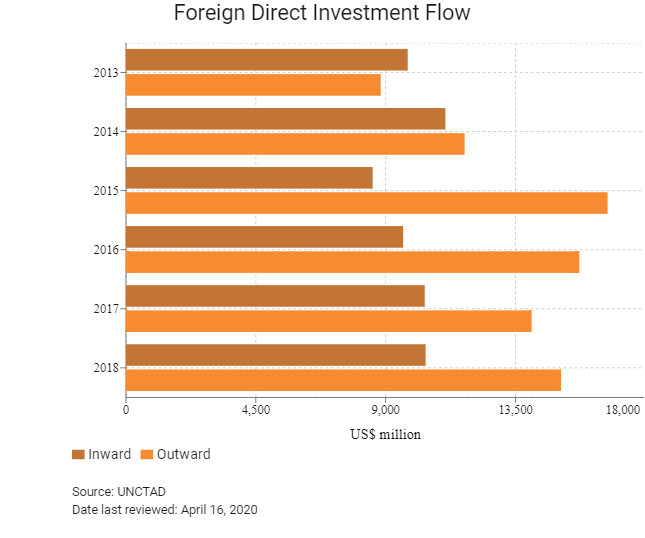 Developing human capital and increasing nationals' workforce participation constitute key elements of the GCC member states' economic diversification plans and will continue to drive labour market policies across the region over the coming decade. The UAE government has launched a policy of 'Emiratisation', similar to that of 'Saudisation' in neighbouring Saudi Arabia, which is intended to boost the employment of Emirati nationals in the private sector and reduce reliance on expatriate labour. There are specific local hiring quotas which must be fulfilled for companies with 50 employees or more, and companies in the banking, insurance and retail sectors. Specific jobs are reserved for Emirati citizens through legislation, such as Human Resources managers, secretaries and government liaison personnel. These local hiring requirements are not applicable to companies with their operations based in the UAE's free trade zones.

Citizens who are not from the GCC need to be sponsored by their employer, and therefore need to have a job offer in order to be able to apply for a work permit. Various documents such as educational and professional qualifications, results of medical examinations and a signed copy of the job contract all need to be lodged with the UAE Ministry of Labour before the work permit will be granted.

Typically, as a result of relatively small domestic populations and the fact that a large portion of the domestic working-age population is employed by the public sector in all six of the GCC states, employing foreign workers to fill low-skilled and high-skilled positions for the private sector has been relatively easy. The large presence of migrant workers in many GCC states – the UAE is second only to Qatar in having the greatest number of migrant workers – is attributed to the 'kafala' (sponsorship) system, which emerged in many GCC states in order to regulate the relationship between employers and migrant workers in these countries. The employer is seen as the foreign worker's sponsor and is entirely responsible for their visa and legal status. A downside risk is that some foreign workers have had their passports and wages illegally withheld by GCC employers, and some risk not being allowed to leave the country or change employers without their current employer's permission.

The main objective of the 'kafala' system is to facilitate the steady supply of temporary and rotating labour rapidly to such countries during times of economic boom – a labour force that could then be expelled fairly easily in less prosperous periods. However, owing to increasing pressure on GCC states from human rights groups about the exploitation of foreign workers under this system changes came into effect from January 1, 2016, to better protect workers' rights under the 'kafala' system. These changes included job contracts that must specifically reflect the terms offered to the employee verbally and must be signed by both parties prior to being submitted to the Emirate Ministry of Labour as part of the formal work permit application; also that a contract of employment has come to an end if an employer has not met their contractual obligations (for example, failed to pay their employees for 60 days or more). The changes allow workers greater freedoms in terms of seeking alternative employment within the UAE and, therefore, obtaining a new work permit through a new employer.

New visa rules have been implemented (effective October 21, 2018) by the Ministry of Human Resources and Emiratisation (MoHRE) which allow visitors and tourists to apply for new UAE entry visas without leaving the country, and grant one-year residency extensions to widows and divorced women. The new rules will also allow visitors to be granted a new entry permit (valid for 30 days), but only twice. Extension of entry permits will require a payment of AED600 (not applicable to citizens of GCC nations).

ECONOMIC RISK
The UAE has been the most successful of the Gulf States when it comes to diversifying its economy away from oil, which accounts for just under 35% of GDP. However, with diversification has come greater exposure to the global economy, tougher regulations (focusing on 'concentration risks' and more stringent loan-to-value ratios for mortgages) for banks that have come into force in the past two years will go some way towards creating a more sustainable development model over the long run.

OPERATIONAL RISK
The UAE has been the most successful of the Gulf States when it comes to diversifying its economy away from oil industries, which account for just under 35% of GDP (down from 79% in 1980). However, with diversification has come greater exposure to the global economy. The economy will contract in 2020 due to the impact of both a delay to Dubai Expo 2020 and wider economic disruptions from Covid-19. Renewed OPEC+ supply cuts - effective May 1 - will exert additional pressure on the country's oil sector. However, we anticipate a sharp recovery in 2021 as Expo – to be held in H221 – revives business sentiment and drives non-oil activity. Tougher regulations (focusing on 'concentration risks' and more stringent loan-to-value ratios for mortgages) for banks that have come into force in the past two years will go some way towards creating a more sustainable development model over the long run. 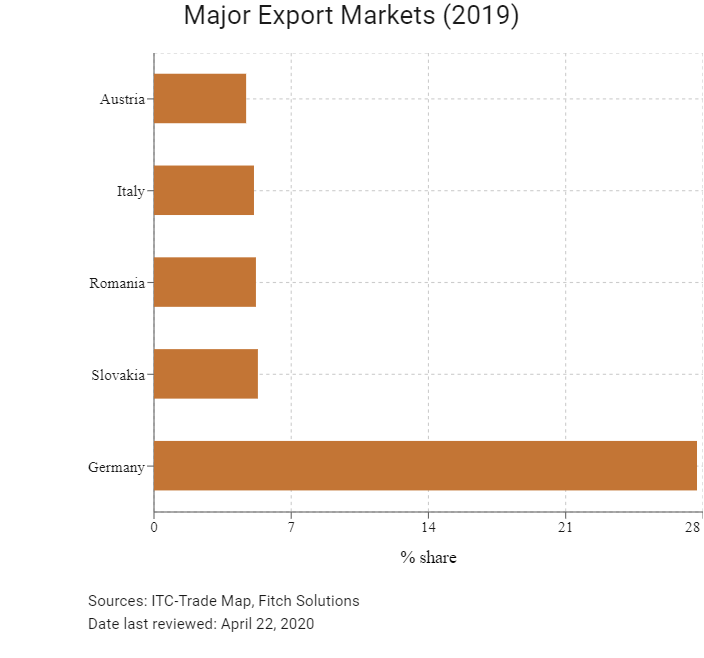 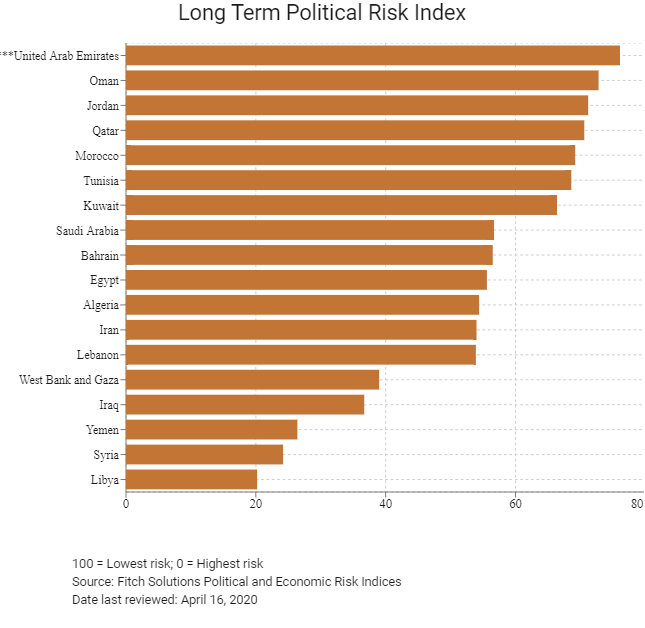 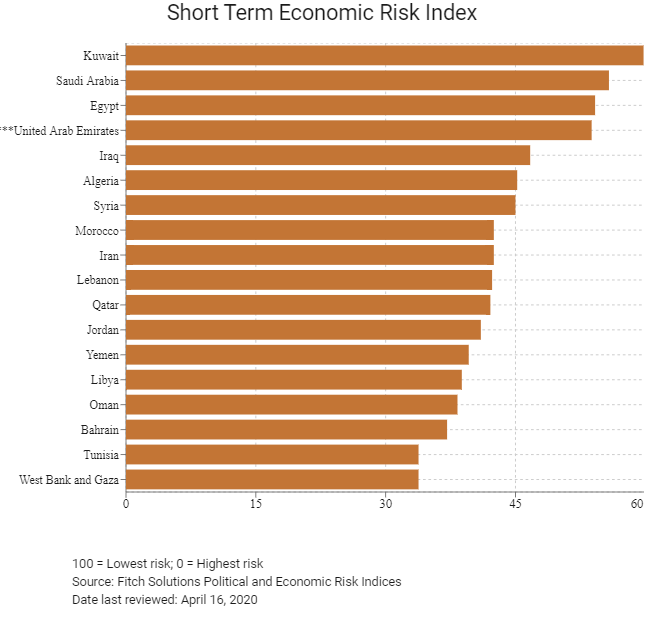 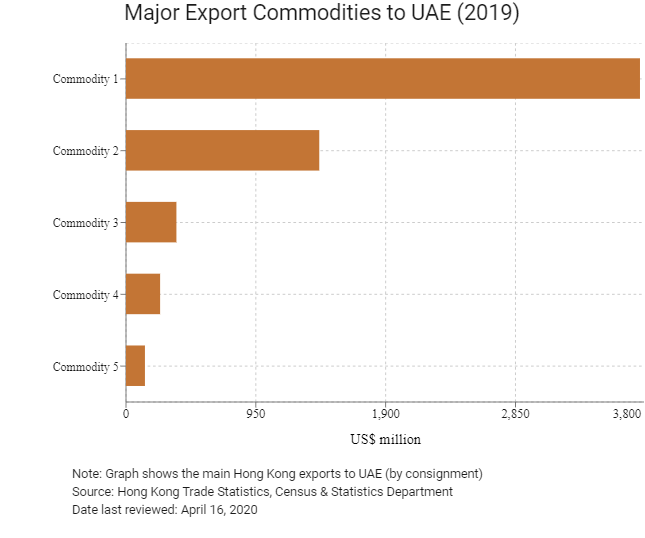 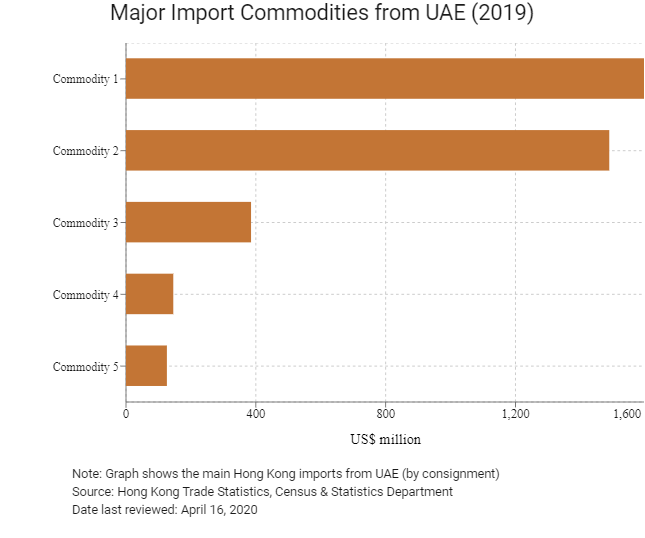 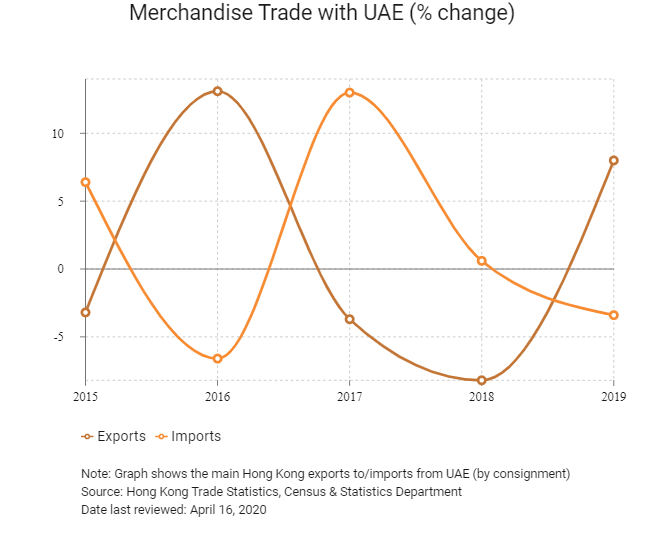 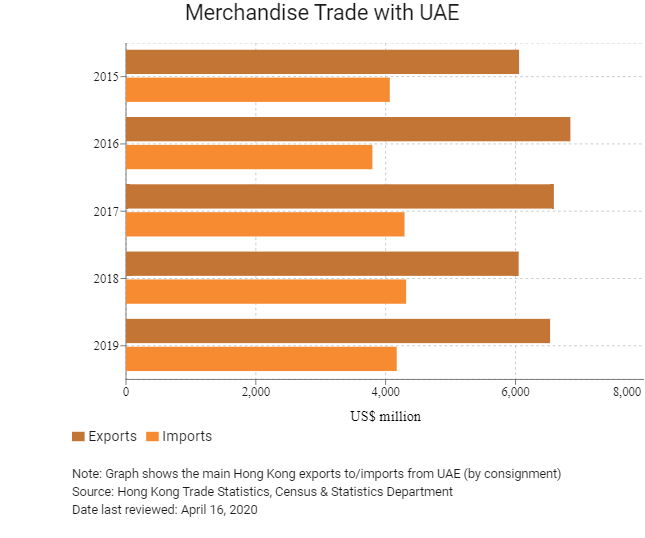 Treaties and Agreements between Hong Kong and the United Arab Emirates