Timor-Leste has made significant gains in poverty reduction and improved social outcomes since gaining independence in May 2002. However, the nation of an estimated 1.3 million people continues to face structural challenges, particularly in the area of labour and logistics risks, while economic stability remains reliant on government spending in the short term and revenues from natural resources.

February 2015
Prime Minister Xanana Gusmao made way for Fretilin's Rui de Araujo, which formed a coalition government with Gusmao's National Congress for Timorese Reconstruction (CNRT) in an effort to ease political tensions and stabilise the country.

September 2016
The Permanent Court of Arbitration in the Hague took up the decade-long maritime border dispute between Australia and East Timor over lucrative oil and gas reserves in the Timor Sea.

May 2017
Former independence fighter Francisco Guterres (also known as Lu Olo) was sworn in as president.

July 2017
In parliamentary elections, Fretilin and CNRT - already coalition partners in a government of national unity - won the most seats, but neither had enough support to govern alone.

May 2018
Early parliamentary elections were held in East Timor on May 12, 2018 after the National Parliament was dissolved by President Francisco Guterres on January 26, 2018. The Alliance for Change and Progress, a coalition of three opposition parties, won 34 of the 65 seats in Parliament.

July 2019
Mainland China Harbour Engineering Company (CHEC) started work on the port of Tibar in Timor-Leste and carried out first blasts at a quarry to collect construction materials. The first phase of the project, valued at USD278.3 million, covered construction, equipment and operation of the port. The Timorese government and the private partner were financing the first phase with USD129.5 million and USD148.9 million respectively. Bolloré planned to invest around USD211.7 million in the second phase. The International Finance Corporation was also participating the project.

August 2019
The Asian Development Bank (ADB) was providing a USD44 million loan to rehabilitate and modernise 58km of the Baucau-Venilale-Viqueque national road corridor in Timor-Leste. The project would reduce travel times as well as improve connectivity by providing open access to markets, schools and clinics in the region. The project was likely to be completed in 2022.

January 2020
Prime Minister Taur Matan Ruak, who was the leader of the People’s Liberation Party (PLP), a constituent party in the AMP coalition, resigned after he declared that the collation ‘no longer exists’.

February 2020
A proposal of an alternative government coalition comprising six constituent parties led by the National Congress for Timorese Reconstruction (CNRT) was put forth on February 22. Under this new coalition, which had yet to be named, CNRT would occupy 21 seats in the National Parliament, while the Democratic Party (PD) and Kmanek Haburas Unidade Nasional Timor Oan (KHUNTO) would each occupy five seats. Three smaller parties, namely the United Party for Development and Democracy (PUDD), Frente Mudansa (FM) and the Timorese Democratic Union (UDT), would occupy a seat apiece. 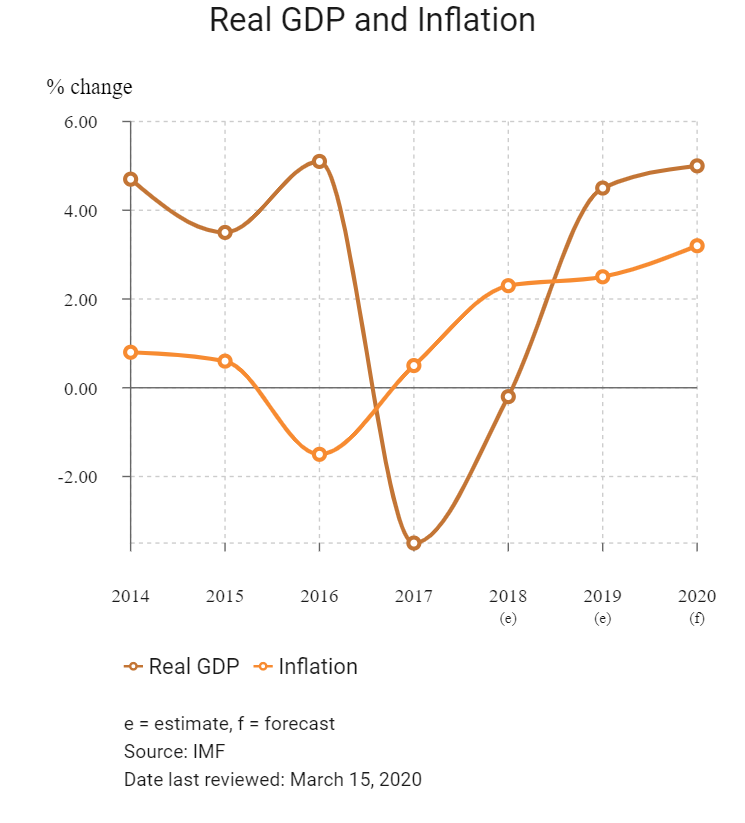 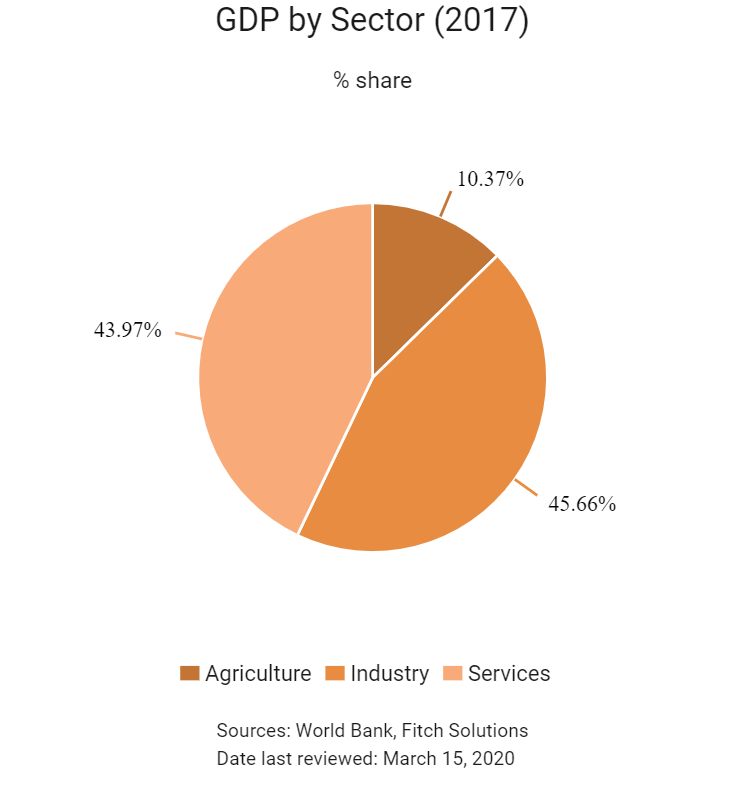 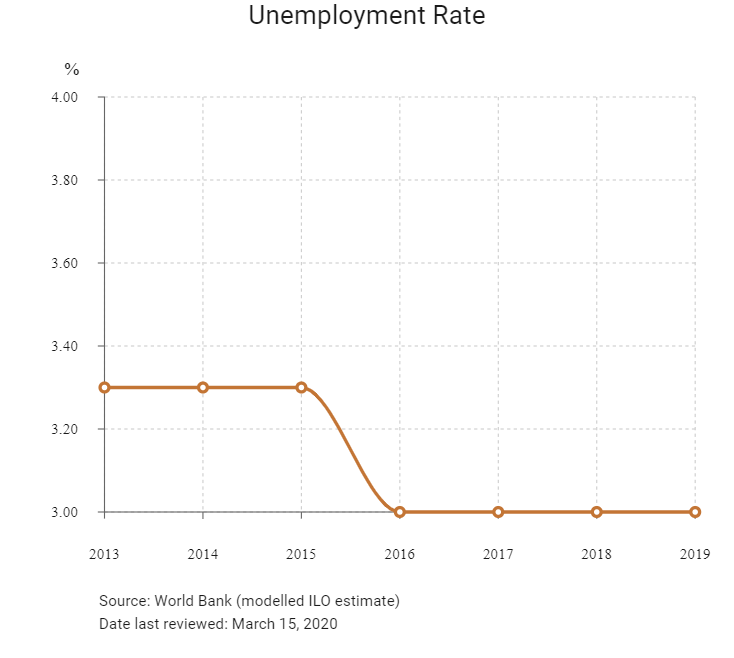 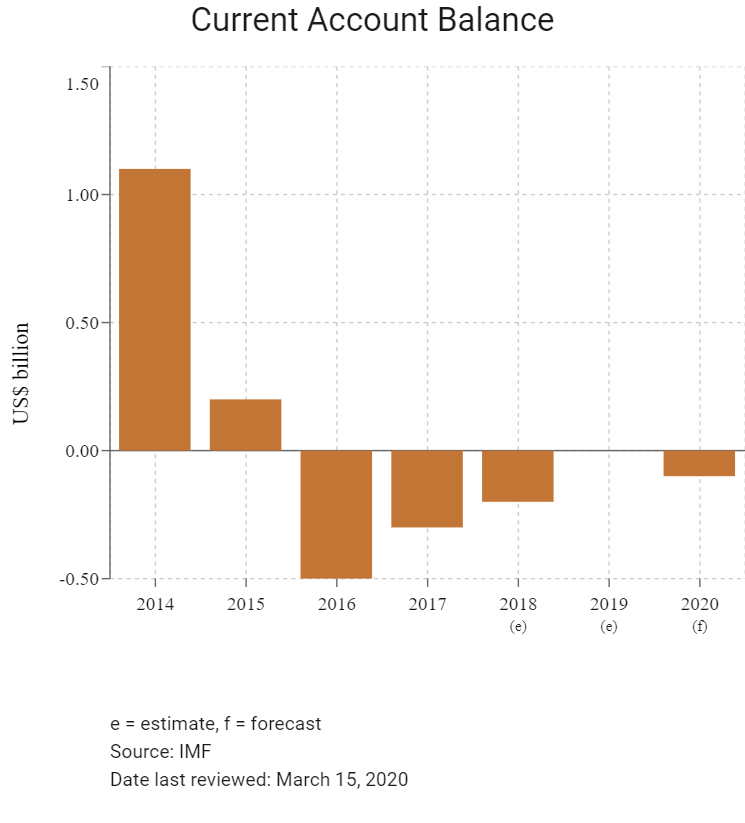 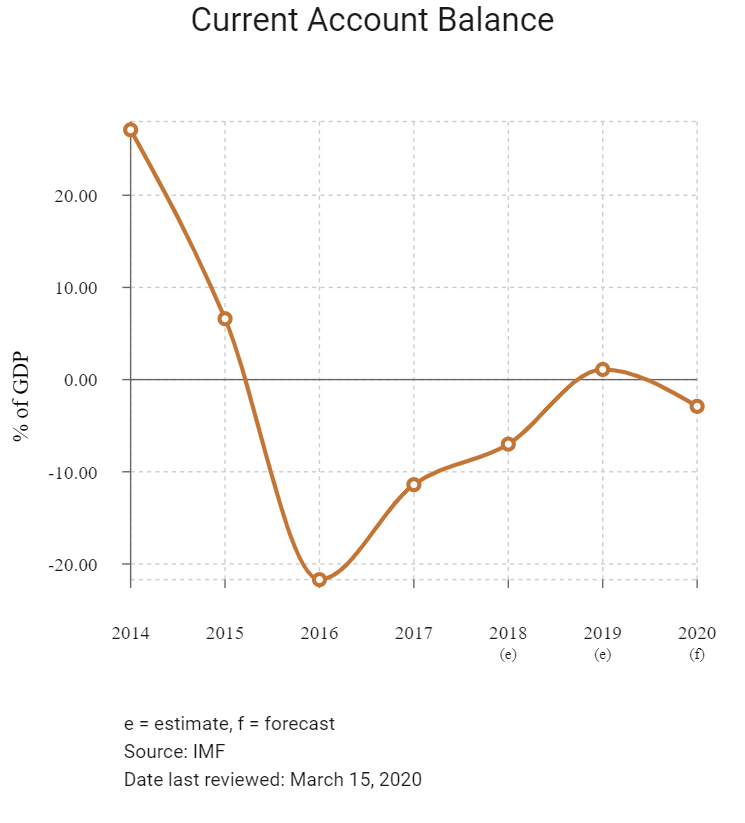 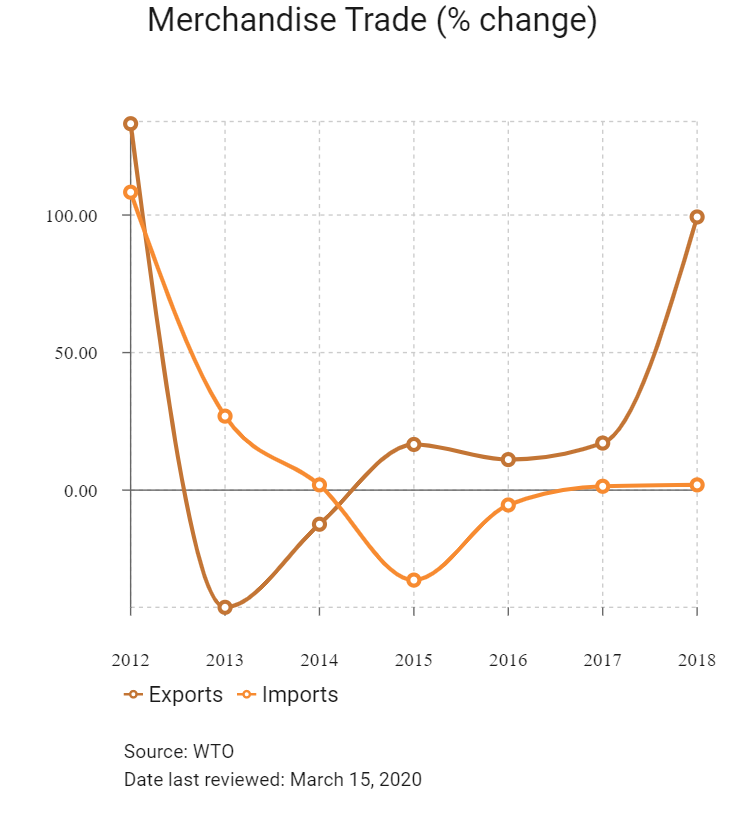 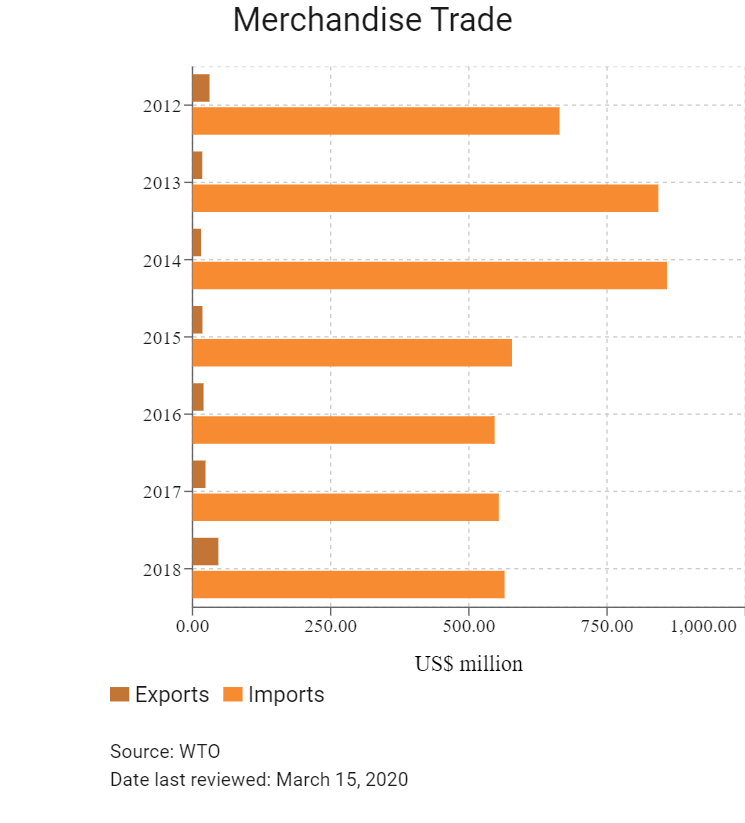 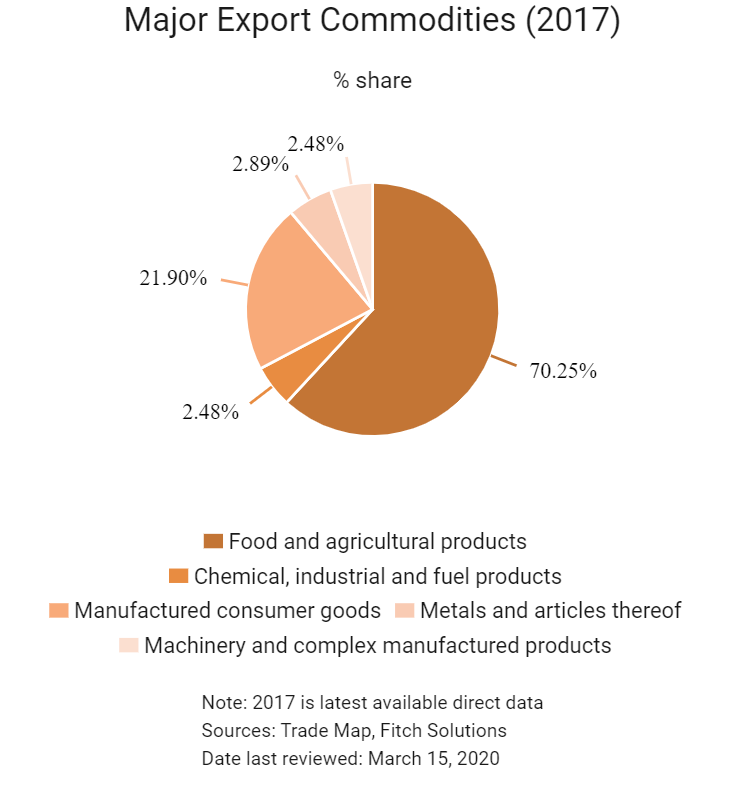 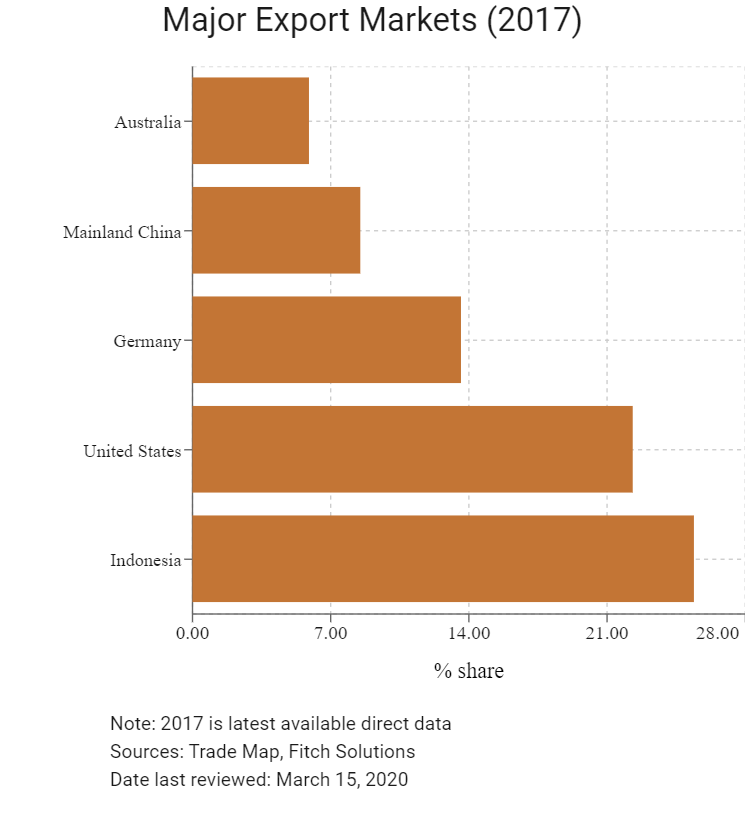 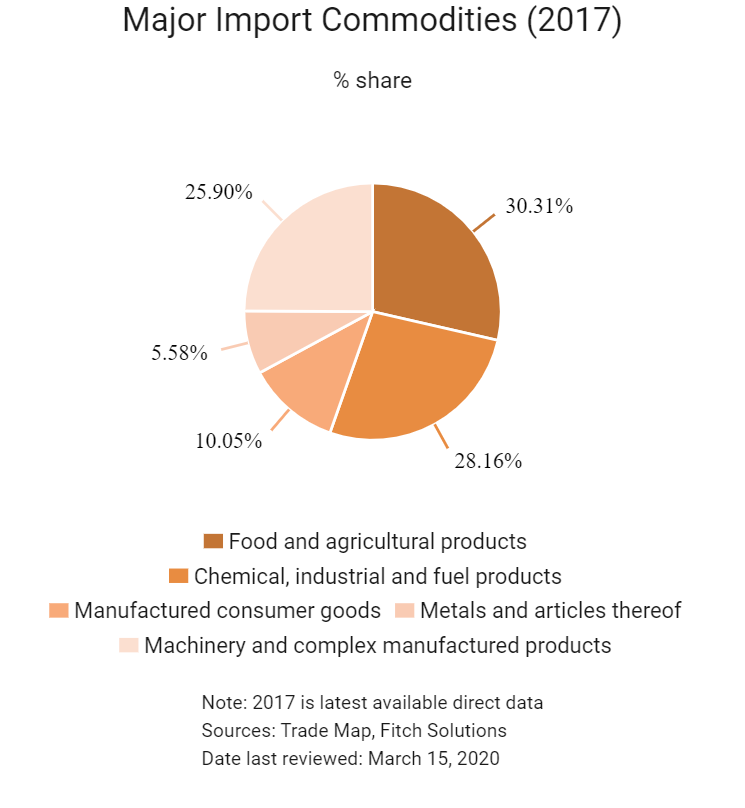 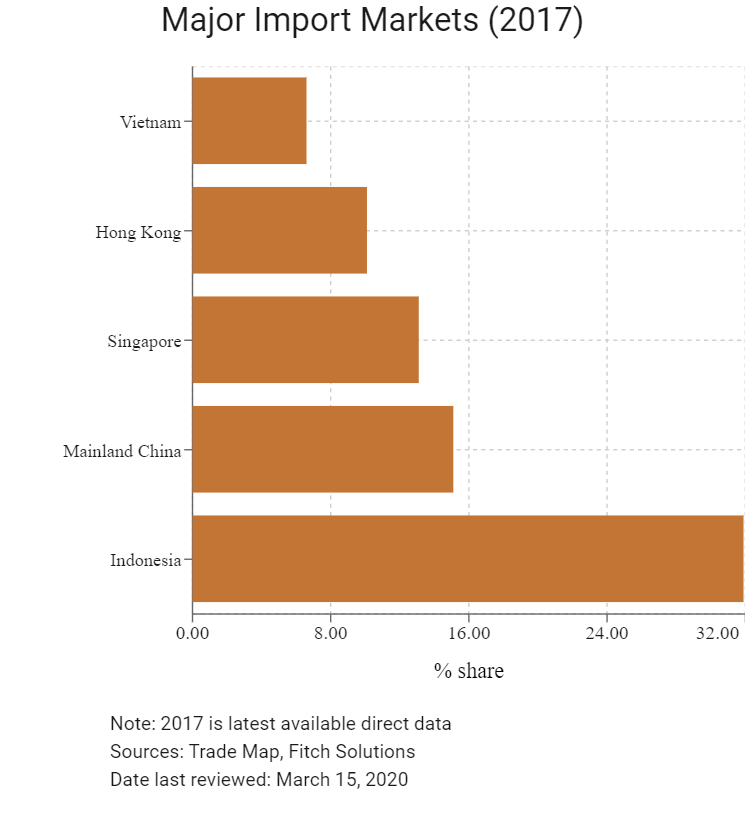 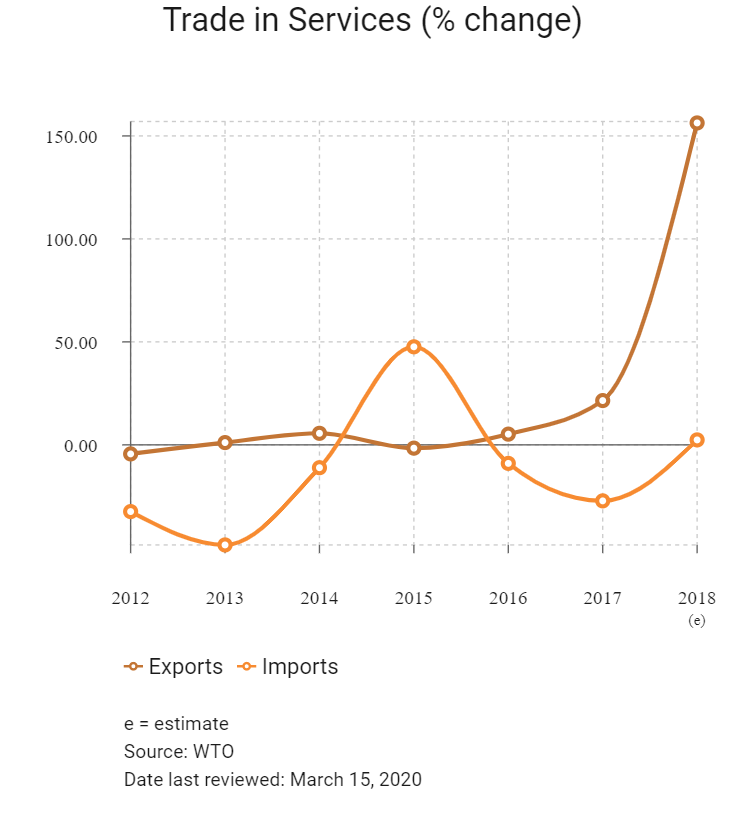 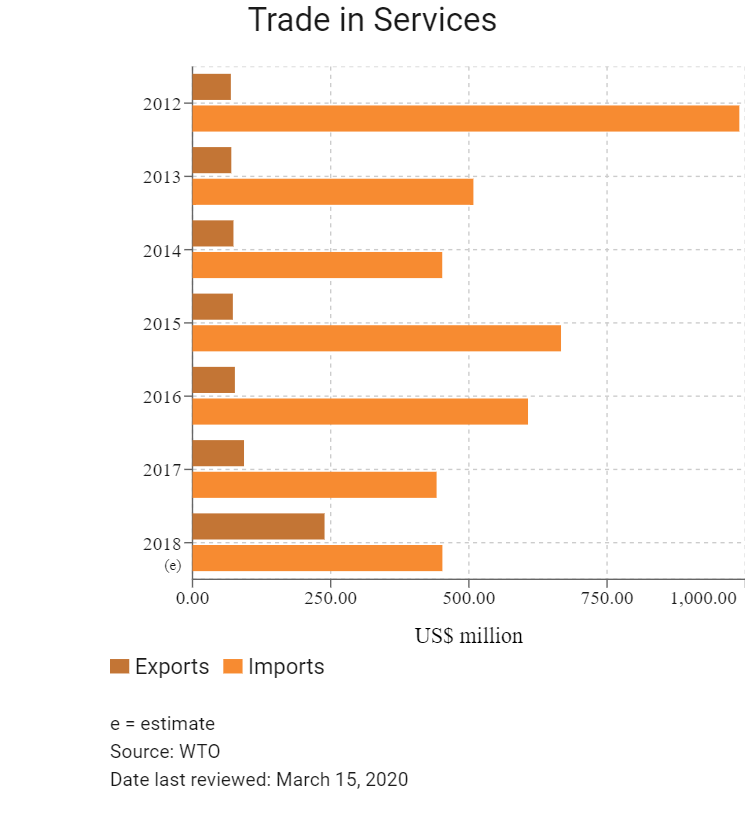 Awaiting Accession
WTO: Timor-Leste was accepted as an observer to the WTO in 2016 and its Working Party for accession was established in December 2016. 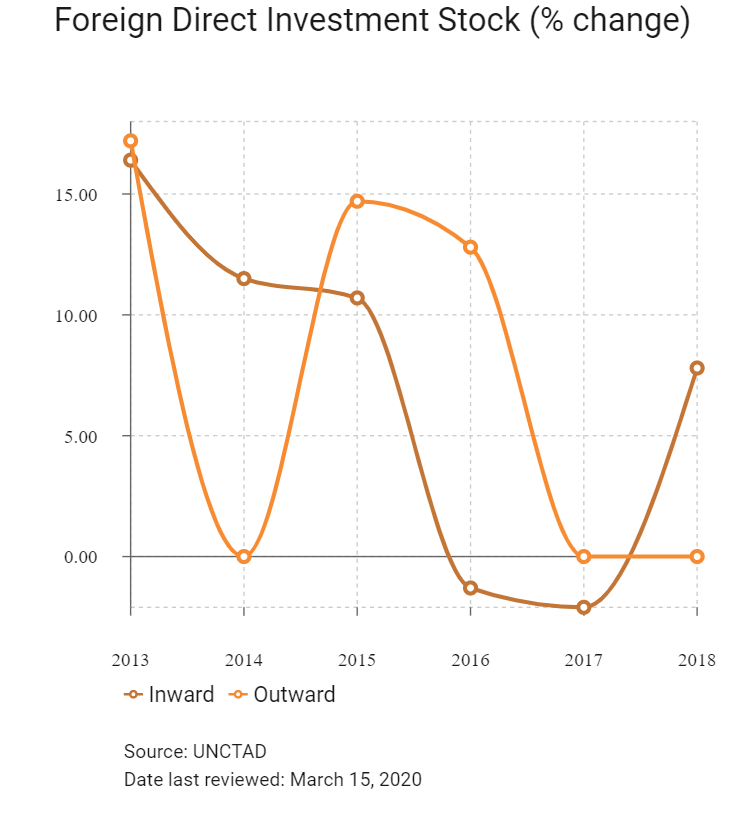 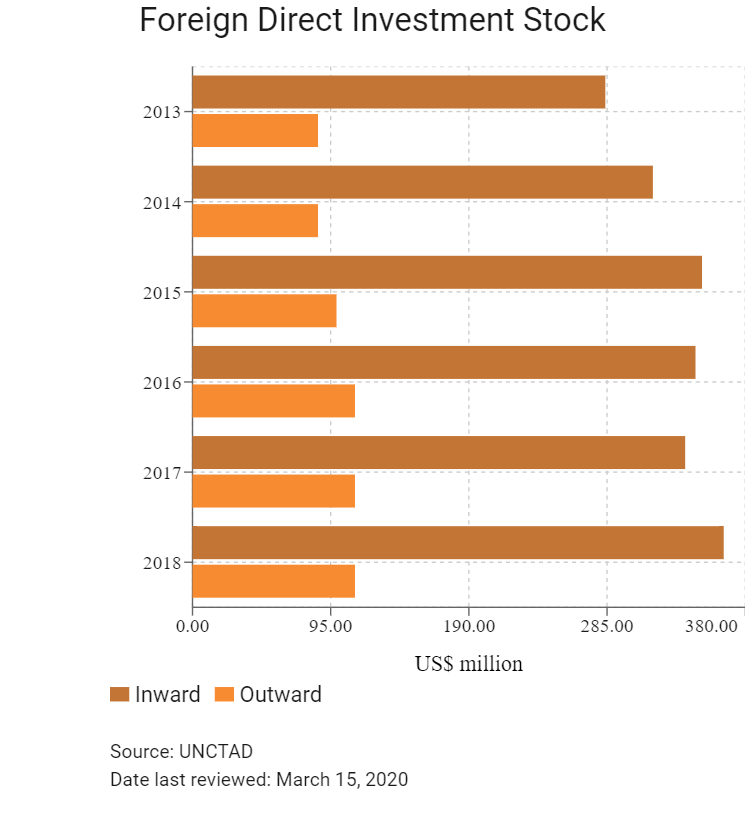 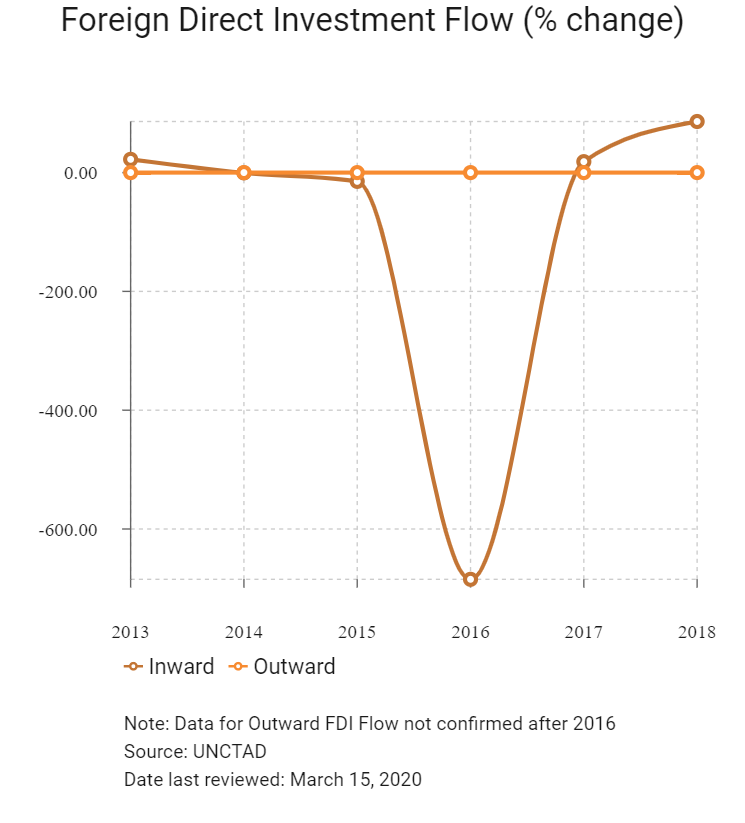 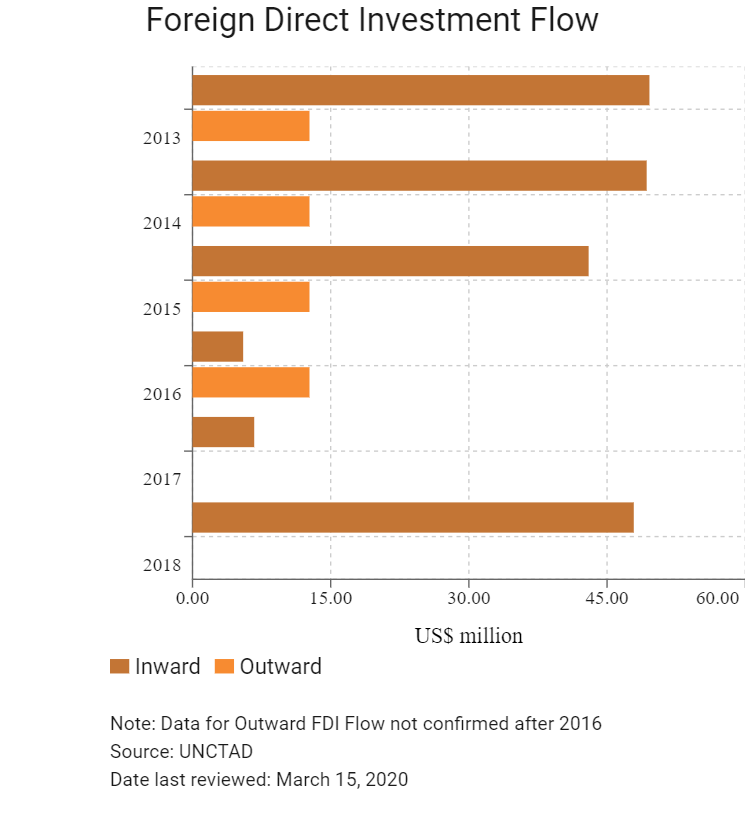 A Social Security scheme was introduced in November 2016, with both employers and employees required to make contributions. The scheme provides cover for loss of income/benefits due to work-related accidents, maternity, old age and death. It would appear that Social Security contributions should be deductible to employers. Implementing regulations for this scheme are still outstanding.

There are no local taxes on income in Timor-Leste. Other significant regulations issued include the Private Investment Law, which came into effect in January 1, 2018.

Timor-Leste's visa policy differentiates between several different groups of passengers and arrival points. According to the terms of a bilateral agreement between Timor-Leste and Portugal, Portuguese nationals of good health and character who present a Portuguese passport on arrival and who seek to enter for tourism are exempted from having to obtain a Class 1 visa on arrival. In accordance with the law, citizens of all countries except Cape Verde and the Schengen Area must obtain a visa upon arrival or prior to arrival. A visa application may also be submitted to any diplomatic mission or consular office of Timor-Leste. Only Indonesian or Portuguese may obtain a visa or entry clearance on arrival at a land border. All other nationalities are required to apply for a 'visa application authorisation' prior to entering at a land border crossing.

Visitors may apply for a visa on arrival at the Presidente Nicolau Lobato International Airport or at the Dili Sea Port. Travellers of any nationality may obtain a tourist and business visa on arrival if arriving at Dili International Airport or Dili Seaport. Visas on arrival are granted for 30 days' stay, single entry. Permitted travellers may stay in the country for up to 90 days from the date of arrival (applies to multiple entry visas). The stay period may be extended up to a further 90 days after arrival on application to the Department of Immigration, where that further stay is justified on exceptional grounds. To demonstrate sufficient funds for a stay in Timor-Leste, each foreigner must have access to funds equivalent to:

Some individual investment agreements and government contracts specify local content requirements. One such contract mandated 30% local employment, but the specific requirements vary depending on the agreement.

Timor-Leste’s current immigration laws are not onerous and permit workers to apply for work permits in-country after entry on a 30-day visa acquired upon arrival. Timor-Leste has passed a new immigration and asylum law, which will change the visa structure and may streamline the process.

There are two main avenues for foreigners wishing to obtain a Temporary or Permanent Resident permit. The first involves initially applying for and obtaining a Visa to Establish Residence. The other is via family reunification. Foreigners are unable to apply for and be granted a Resident Permit unless they have first been granted the Visa to Establish Residence visa, or are granted family reunification as immediate family of a person granted a Resident permit. Foreigners who have been granted the Visa to Establish Residence and entered the country on this basis, may then apply to the Immigration Service in Dili for a Residence Permit. The residence permit cannot be processed on arrival as this service is only available at the offices of the Immigration Service in Dili to those who are in the country.

To obtain a residence permit, the applicant must:

Residence permits are valid for 2 years from the date of issue, renewable for the same period. There is no time limit for permanent time residence, but a permit card must be renewed every 5 years.

Timor-Leste has been gradually seeking to develop alternative engines of growth in a bid to wean itself off of its overreliance on oil and gas revenues. A key initiative of the government is to invest in mega infrastructure projects to improve the country's connectivity. We believe that continued spending on such projects will be positive for overall fixed asset investment, and we expect this to be a main driver of economic growth. With these initiatives still in the initial stages, the Timorese economy remains reliant on oil and gas revenues and higher oil prices will be positive for growth in the near term. The signing of the treaty drawing the maritime boundary between Australia and Timor-Leste in March signals another positive step in obtaining a long-lasting resolution to the maritime dispute. The agreement paves the way for the development of the Greater Sunrise field oil and gas project, and would be positive for Timor-Leste's long-term prospects. However, challenges remain, as the final terms have yet to be fully agreed upon.

Timor-Leste has experienced sustained peace and stability since 2008 and peaceful presidential elections in 2017 are a further signal of the country's readiness to move forward. The government is making a concerted effort to improve the country's basic infrastructure, including roads, airports, electricity and telecommunications, and is also implementing a fiscal and economic reform process that will bring its system into compliance with best practices, as it seeks to join the ASEAN. However, challenges remain as the country is still struggling with incomplete and unclear legislation, inadequate regulatory mechanisms, corruption, insufficient human capital and deficient infrastructure.  The private sector is small and primarily dependent on government contracts, and the government's ability to regulate industry is limited. 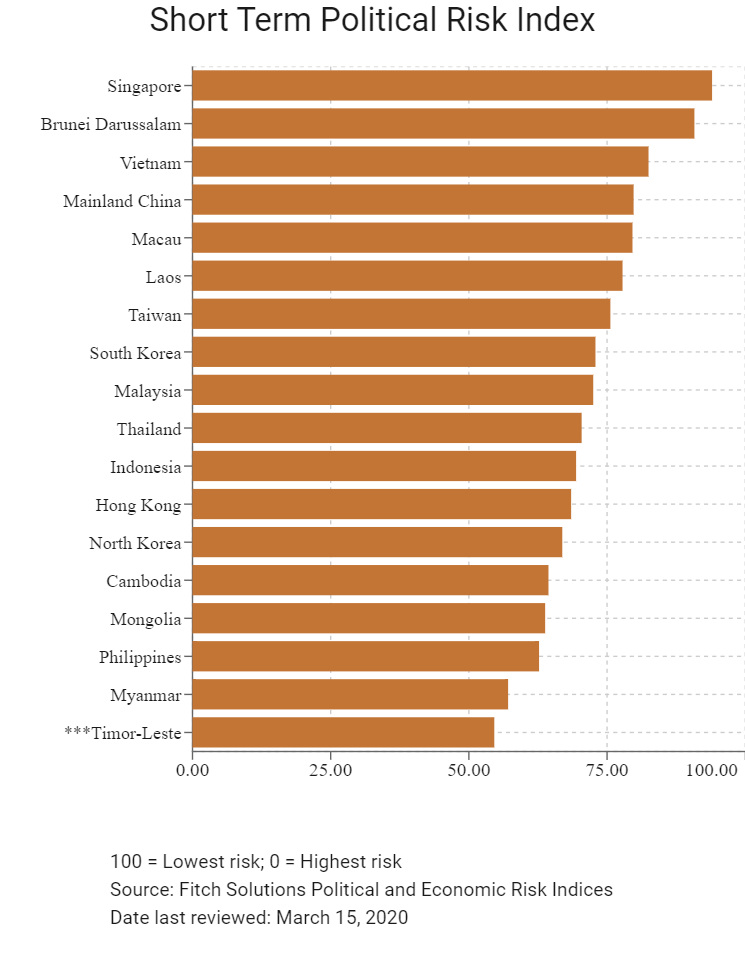 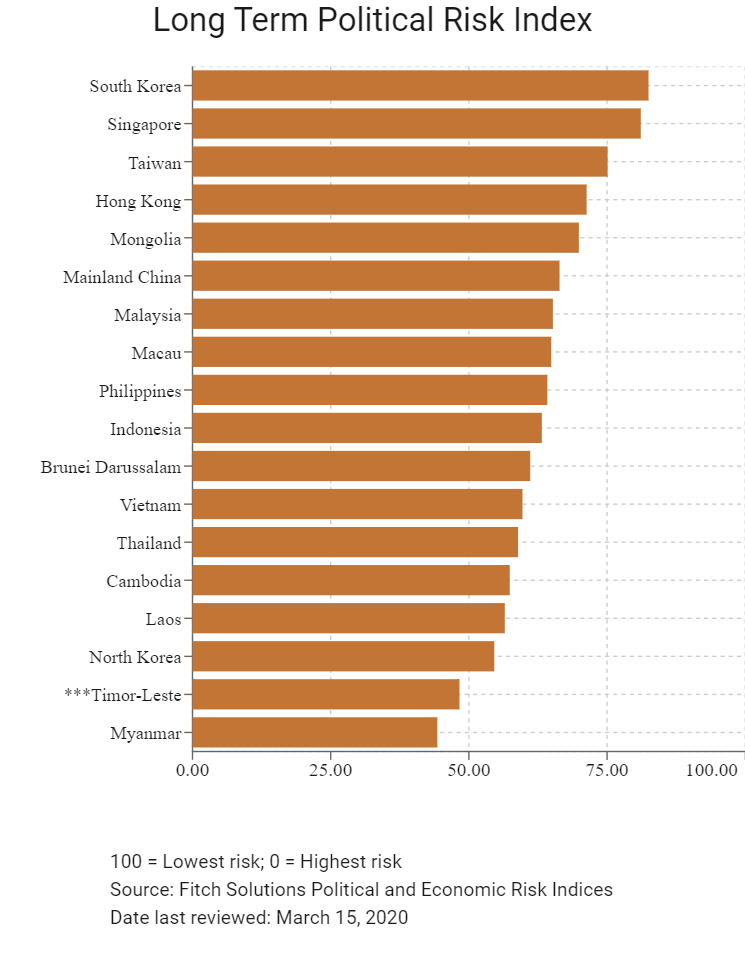 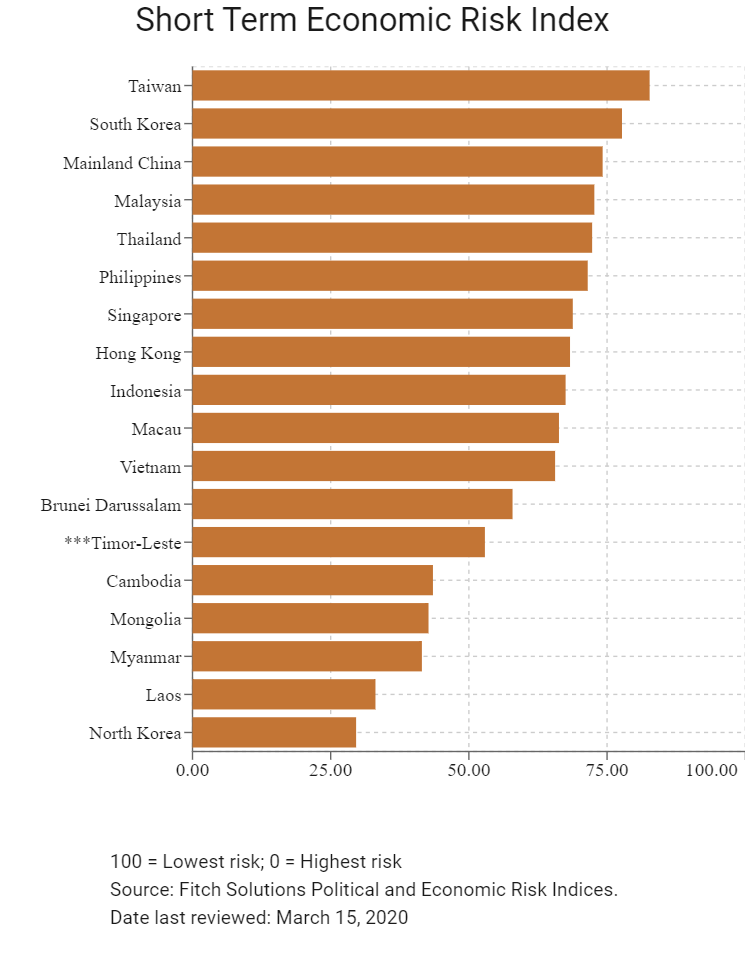 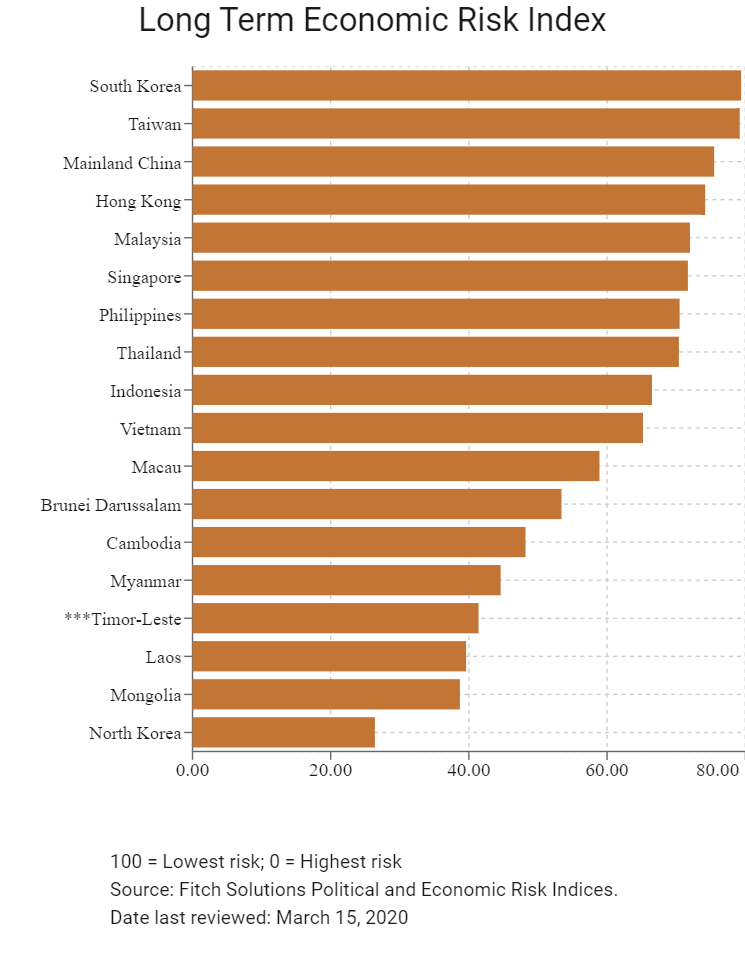 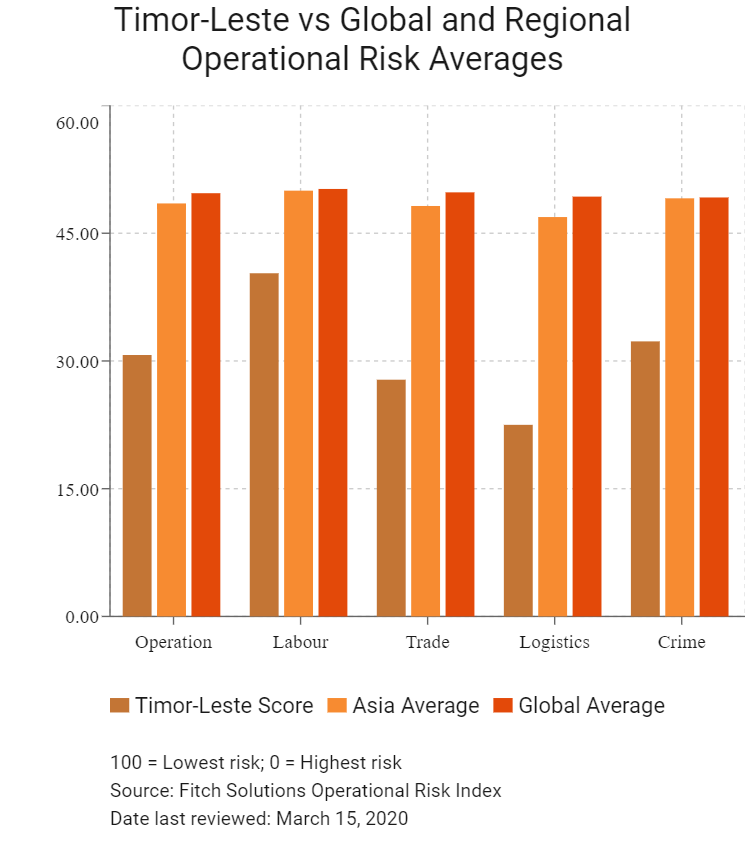 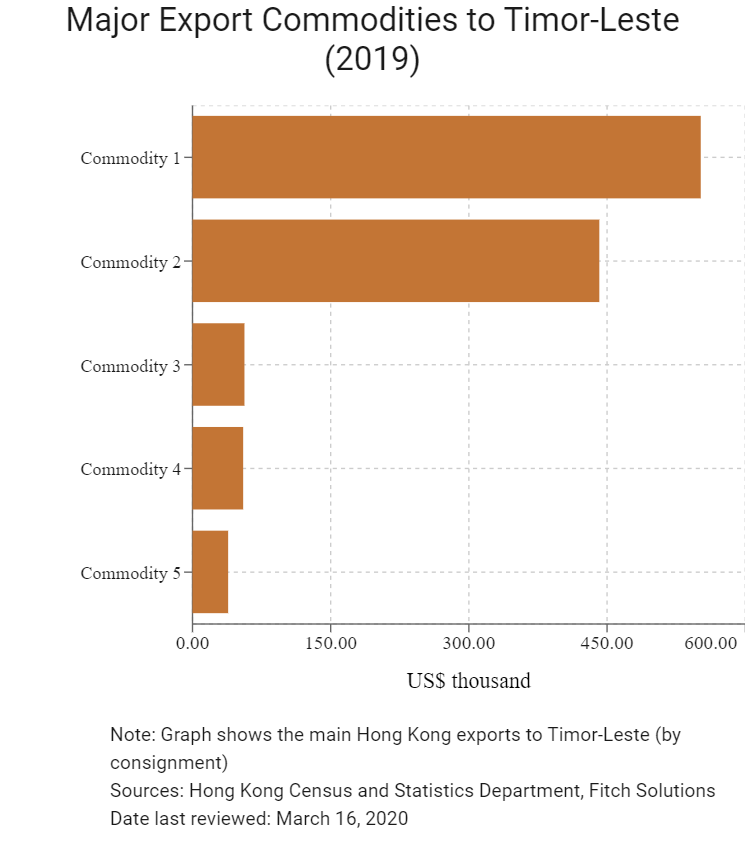 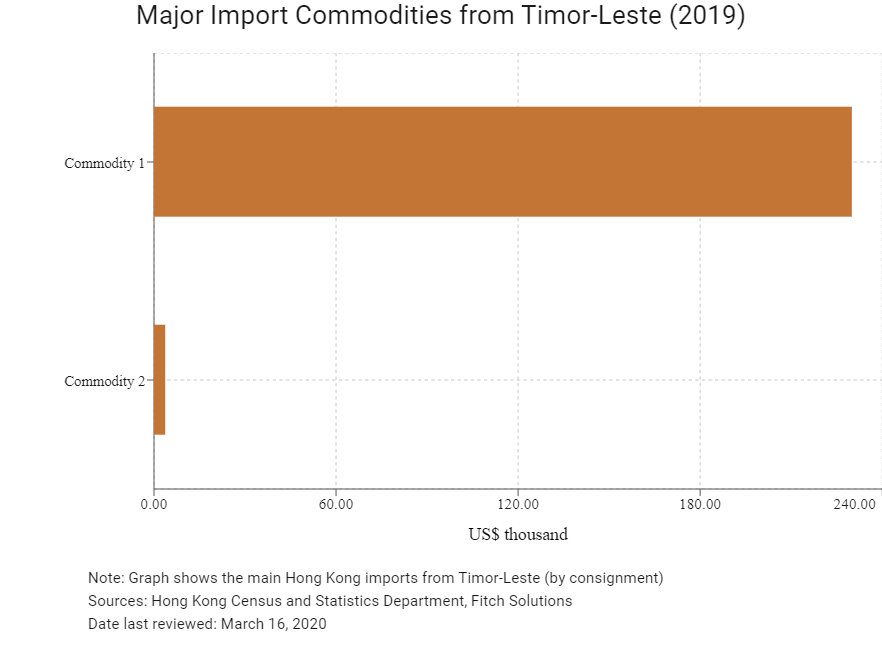 Travellers may obtain a tourist and business visa on arrival at Dili International Airport or Dili Seaport. Visas on arrival are granted for single entry up to 14 days' stay.