Tanzania has sustained relatively high economic growth over the last decade, averaging 6-7% annually and the country benefits from its strategic geographic position – lying on Africa's eastern coast (with access to maritime trade via Dar es Salaam), while also being situated between Southern, Central, and East African states. The Magufuli administration has prioritised efforts to, improve public administration and manage public resources for improved social outcomes. Financial inclusion among Tanzanians continues to improve, as does the country's growing transport infrastructure profile. With a large and growing population (approximately 55 million), as well as rising per capita incomes particularly in urban areas, the country presents significant opportunities for consumer-facing sectors and labour-intensive industries.

January 2019
The Tanzania Investment Centre (TIC) provided required incentives to Mainland China-based Sinoma International Engineering and Hengya Cement to begin construction of a USD1 billion Greenfield cement plant in the African country's Tanga region. The facility will have an annual production capacity of 7 million tonnes. The project will have a 1.2GW captive power plant. At least 70% of the cement produced would be exported and the remainder would be sold domestically.

March 2019
Tanzania ordered all mineral-producing regions in the country to set up government-controlled trading centres by the end of June 2019, accelerating efforts to curb illegal exports of gold and other precious minerals. The trading centres would give small-scale miners direct access to a formal, regulated market where they could go and directly trade their gold.

March 2019
The governments of Tanzania and Malawi launched a joint commission of the Songwe River Basin to run irrigation and power generation projects on Songwe River Basin. The aim was to supervise the management of resources in the basin for the advantage of people residing around the development area in the two countries. The commission was expected to accelerate construction of the lower Songwe dam and hydro project, several village-based schemes, two irrigation schemes and Songwe and Kasumulu town's water supply schemes. Construction of dams, costing USD829 million, were planned under the Songwe River Basin Project.

March 2019
The African Development Bank (AfDB) had signed a USD256.2 million concessional loan deal to support completion of Kasulu-Manyovu road project in the western region of Kigoma, Tanzania. The project involved upgrading the 260.6 km Kabingo-Kasulu-Manyovu road section to bitumen standard. The route would link the port of Dar es Salaam with the country's western regions and open up regional markets in Burundi, Rwanda, Uganda and the Democratic Republic of Congo.

May 2019
The governments of Tanzania and Zambia unveiled plans to build an oil pipeline connecting Tanzanian capital Dar Es Salaam with the Ndola in Zambia. The 1,349 km pipeline would require an investment of USD1.5 billion and would transport refined products between the two countries. Details for the construction timeline or project financing had not been disclosed. A feasibility study for the project would be carried out in FY2019-2020, ending June 30, 2020.

February 2020
Tanzania received a USD1.2 billion loan from Standard Chartered Bank for its standard gauge railway (SGR) project. The loan from the bank would finance the first and second phases of the project which would cover a distance of 550 km from Dar es Salaam to Makutupora. Tanzania aimed to have a 2,190 km SGR network, which would connect the port of Dar es Salaam with Mwanza on Lake Victoria, Kigali in Rwanda and Musongati in Burundi.

October 2020
General elections to be held. 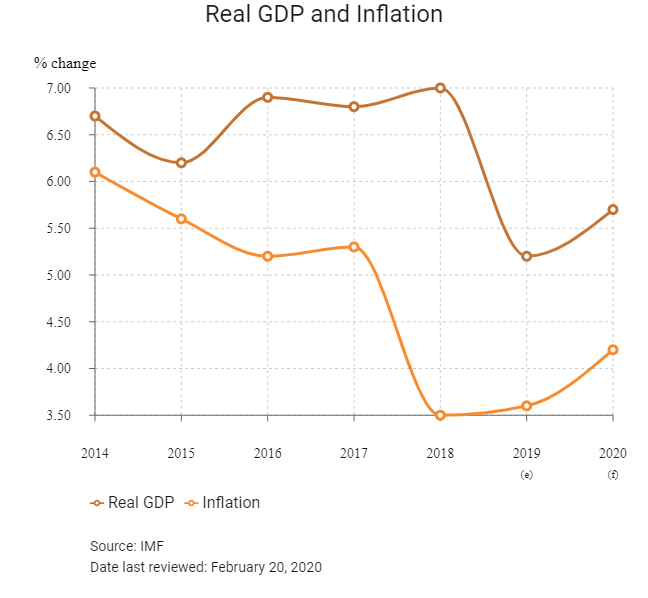 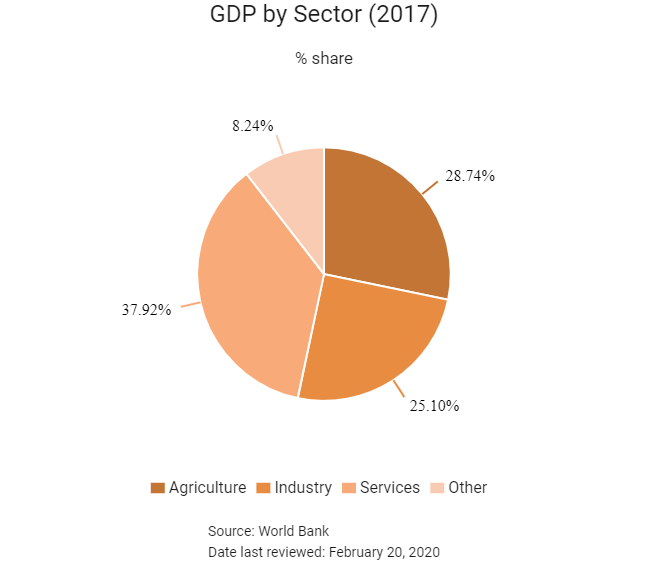 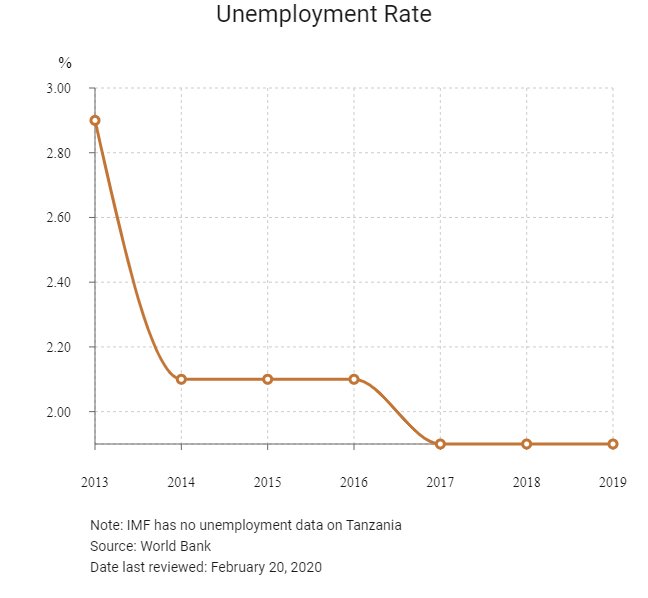 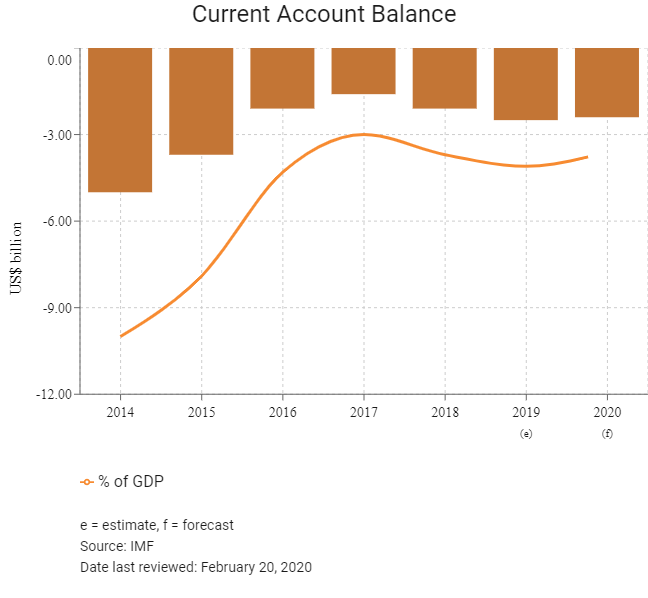 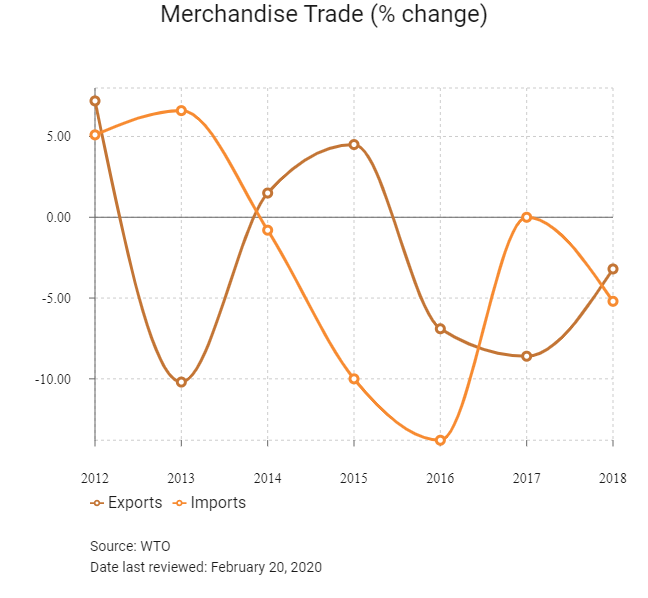 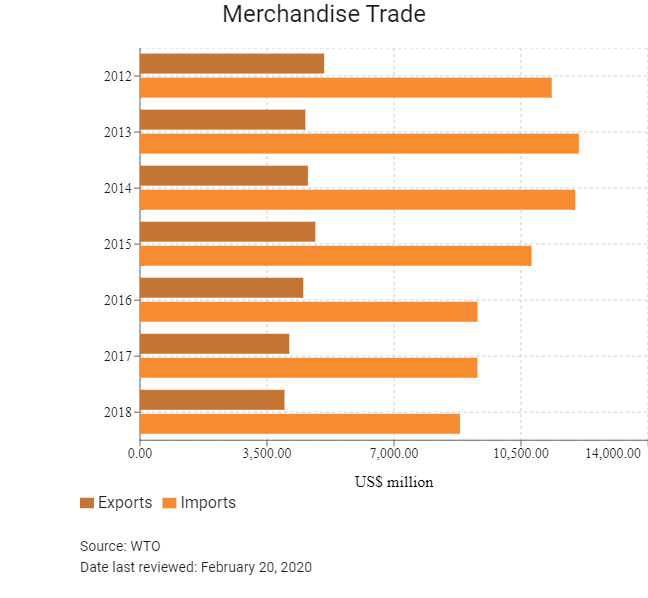 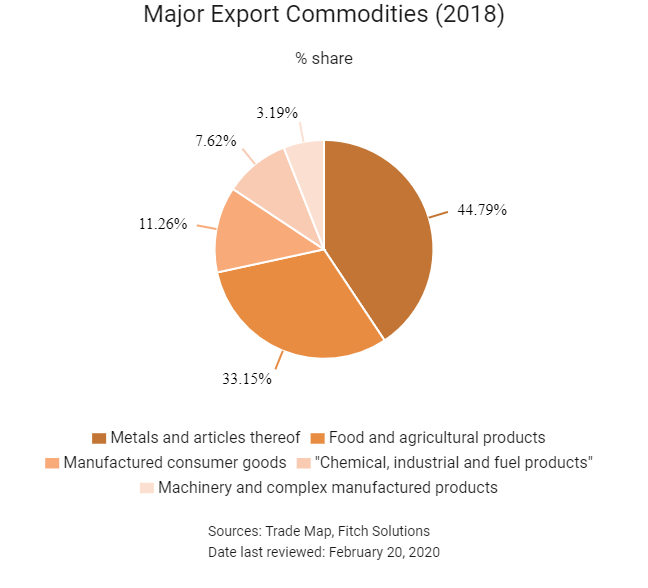 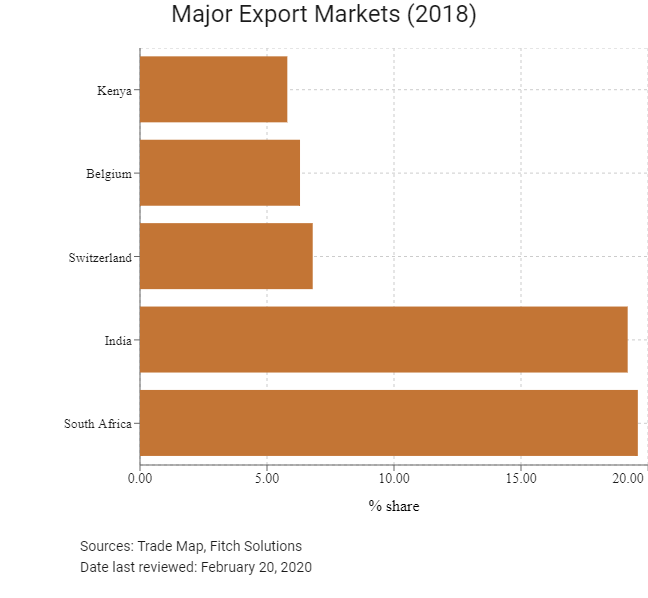 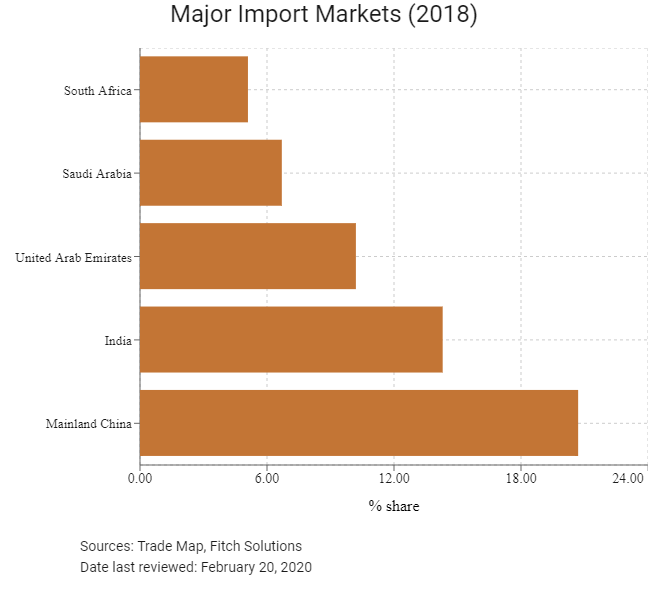 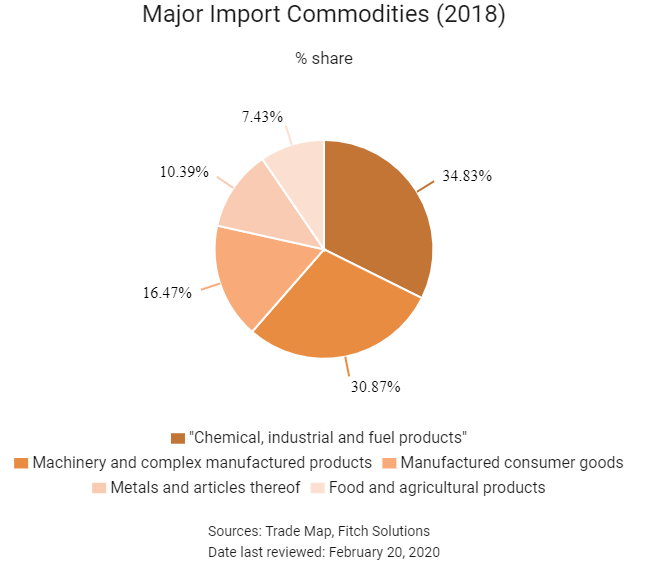 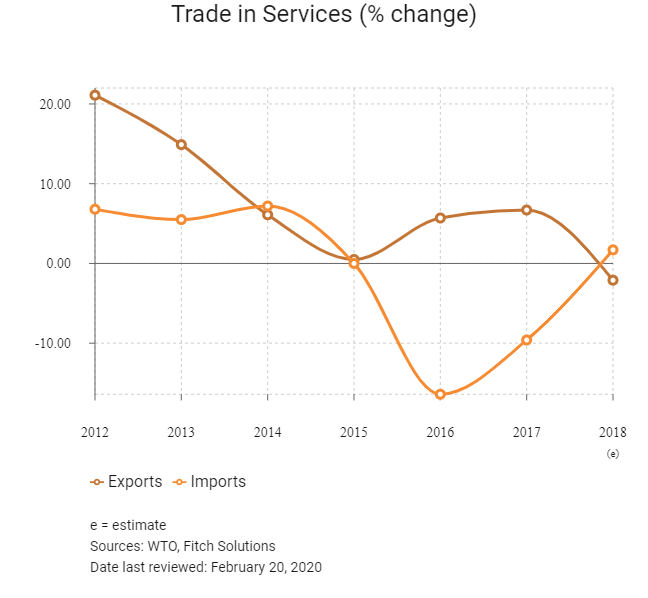 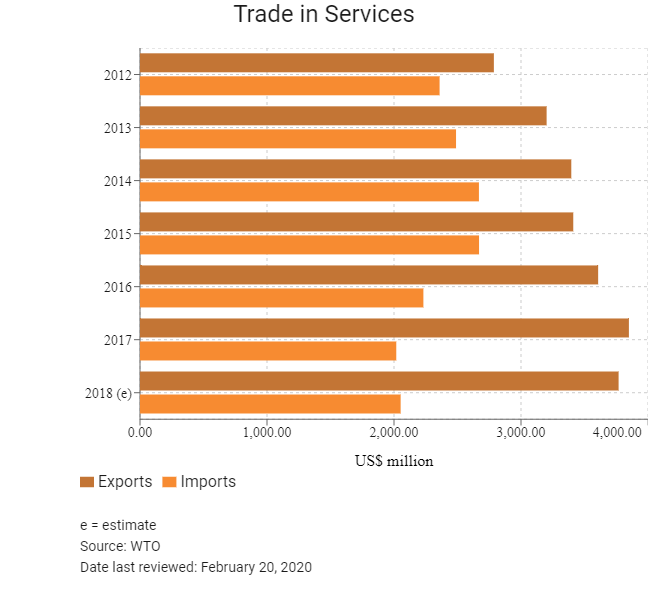 Ratified, But Not Yet In Effect

The African Continental FTA (AfCFTA): AfCFTA is a trade agreement between African Union member states with the goal of creating a single market followed by free movement and a single currency union. The AfCFTA encompasses all African states and is set to come into force on July 1 2020. The free trade agreement (FTA) has been proposed to potentially boost intra-Africa trade by 52.3% if trade barriers are eliminated and a further 50.0% if non-trade barriers are removed. The FTA is envisioned as a potential precursor to a continent-wide customs union.

EAC-EU EPA: The EAC finalised the negotiations for an EPA with the EU on October 16, 2014. Kenya and Rwanda signed the EPA in September 2016 and Kenya has ratified it. For the EPA to enter into force, the four remaining EAC members need to sign and ratify the agreement. EU states are key trade partners and the EPA facilitates access to this large market. Trade preferences include duty-free entry of all industrial products, as well as a wide range of agricultural products, including beef, fish, dairy products, cereals, fresh and processed fruits, and vegetables. Tanzania has indicated the desire to resume negotiations surrounding the agreement following a prolonged suspension in talks. The implementation of the EPA will supersede the EBA agreement. As of February 2020, the agreement is still under negotiation. 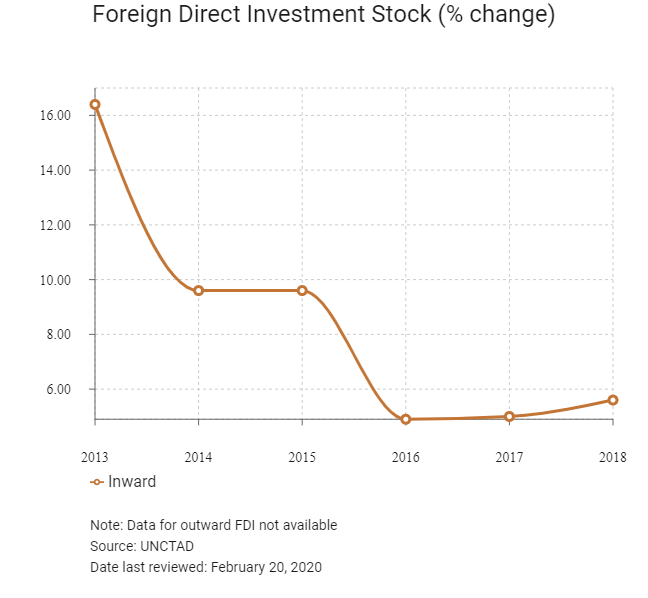 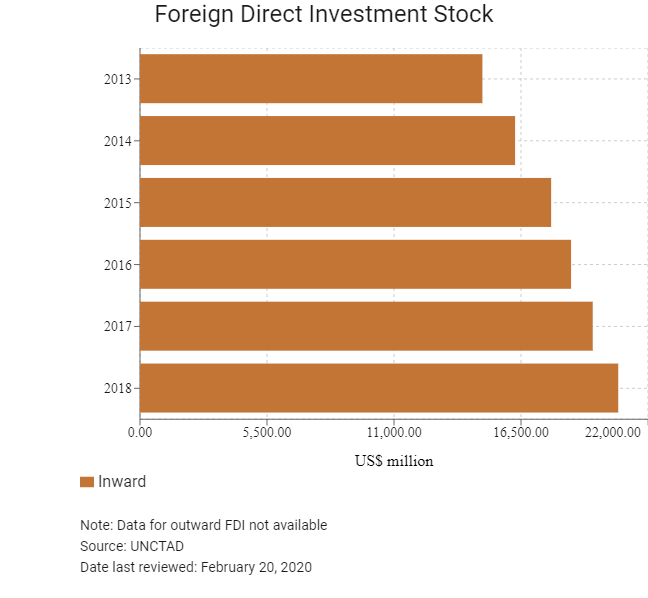 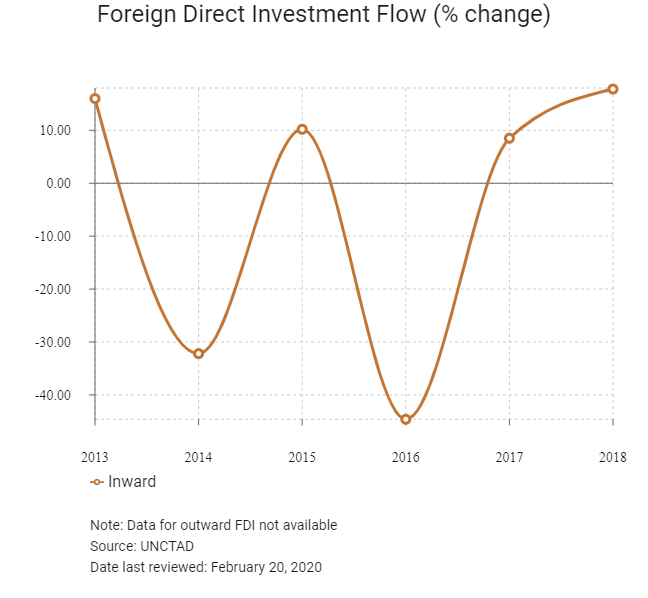 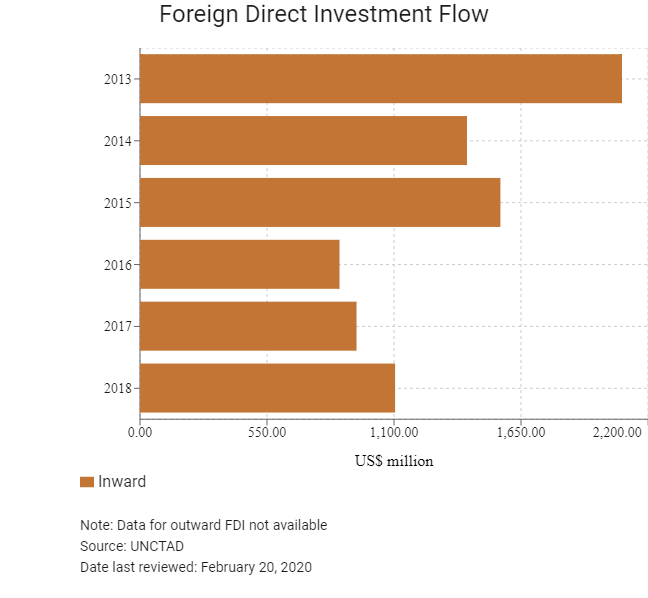 Work permits must be secured for employees, and sponsored by a locally licensed and incorporated entity. There are three categories of work permits:

A number of visa types exist for visitors to the country, including:

All non-citizens require a visa to enter the country unless they are from Botswana, Hong Kong, Malawi, Namibia, Zambia, Gambia, Kenya, Malaysia, eSwatini, Zimbabwe, Ghana, Lesotho, Mozambique or Uganda. Visas can be obtained at any Diplomatic or Consulate Mission of the United Republic of Tanzania abroad, normally within one business day. It is possible, however, to obtain a tourist's visa for a single entry at any one of the following four main entry points to Tanzania, subject to the fulfilment of all immigration and health requirements:

ECONOMIC RISK
The country's appeal to investors is buoyed by its wealth of natural resources, consistent robust growth and relative political stability. The country further benefits from its membership to the EAC and SADC, while direct port access boosts its profile as a growing regional trade hub. Infrastructure investment and rising consumer demand will spur growth in the construction and consumer retail sectors, boosting economic activity in Tanzania over the medium term, while narrowing fiscal and current account deficits have improved the country's overall economic environment. Nonetheless, a less hospitable investment environment for foreign capital, the weaker outlook for the agricultural sector and a challenging global macroeconomic backdrop will be the main headwinds to growth in the medium term.

OPERATIONAL RISK
Tanzania offers a large labour pool with a low level of labour risk to investors. Benefits include flexibility in hiring and firing workers, a high percentage of women employed in the workforce, and increasing educational attainment levels in the workforce. Further advantages include membership of the East African Community (EAC) and Southern African Development Community (SADC) bloc, and direct port access.  Due to its strategic location, Tanzania's transport system serves as an important link in regional trade, enabling landlocked neighbours to access maritime trade routes through Tanzania. Over the medium- to long term, risks presented by the country's transport and utilities logistics will be gradually mitigated by robust investment in infrastructure – particularly in road rail and port developments, as well as new power plants within Tanzania and the wider East Africa region. Nonetheless, in the near term businesses will  continue to face onerous barriers, such as a dearth of adequate transport and utilities infrastructure hindering efficient supply chain flows, an underdeveloped financial sector, low levels of urbanisation and a predominantly unskilled workforce. In addition, numerous regulatory changes and increased regulation in sectors such as energy, the extractive sector and telecommunications elevate risks for foreign investors and will inhibit economic diversification in the medium term. 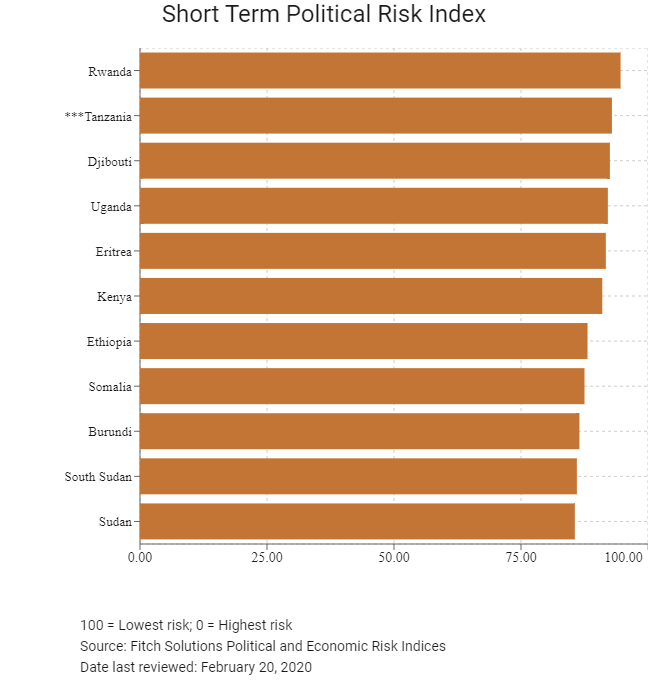 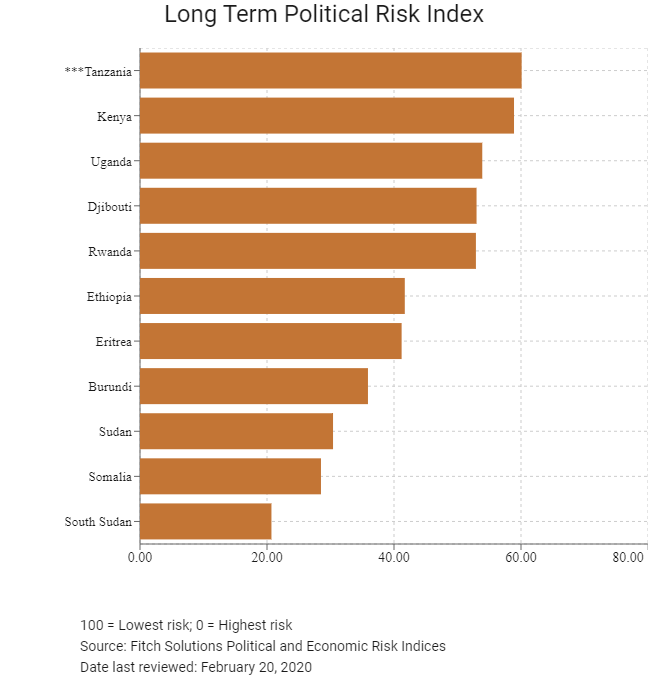 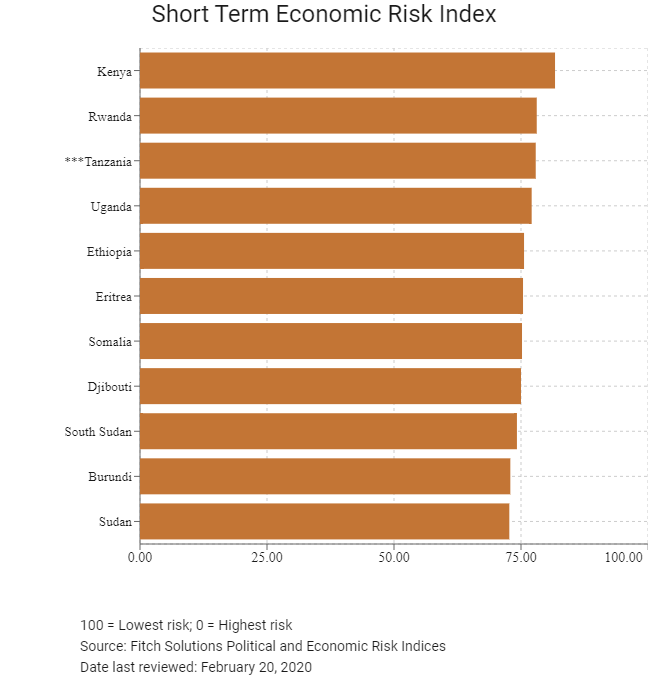 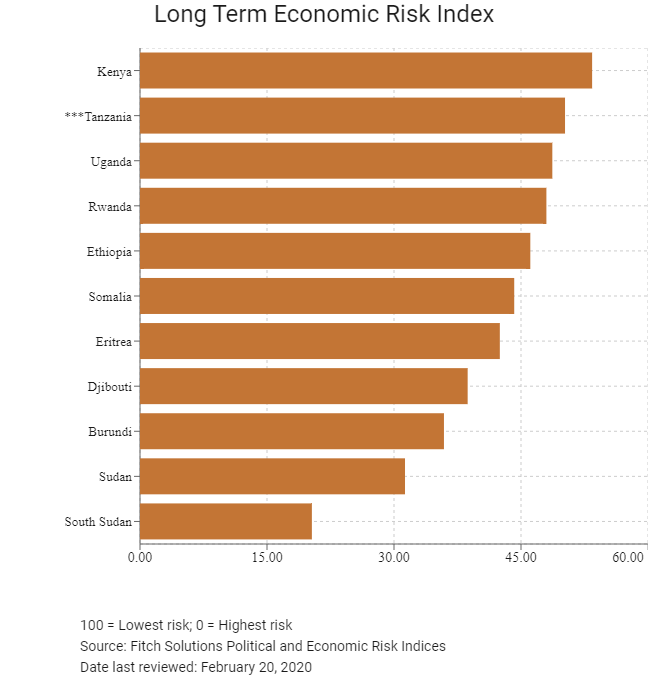 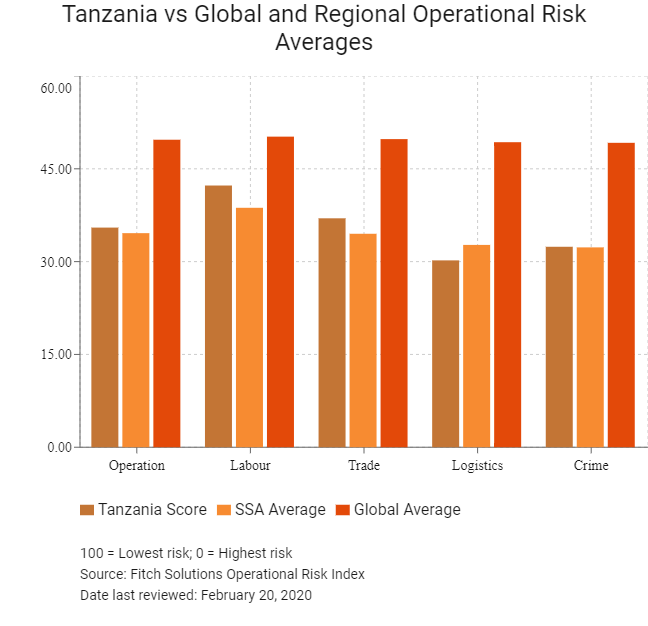 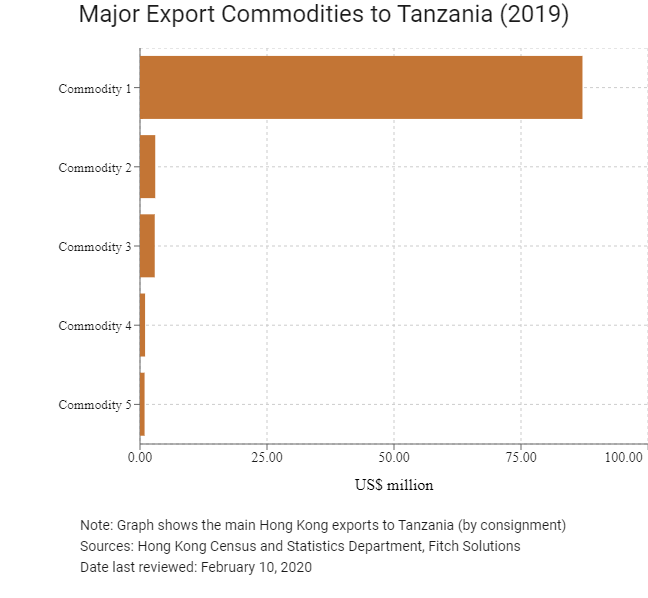 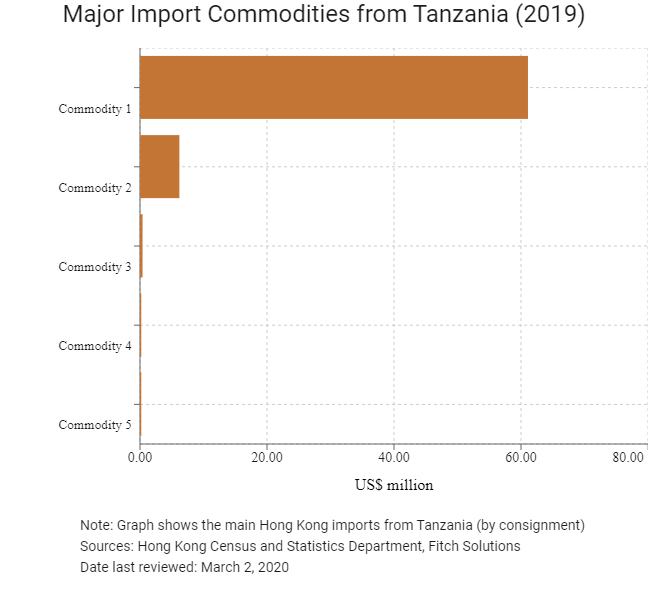 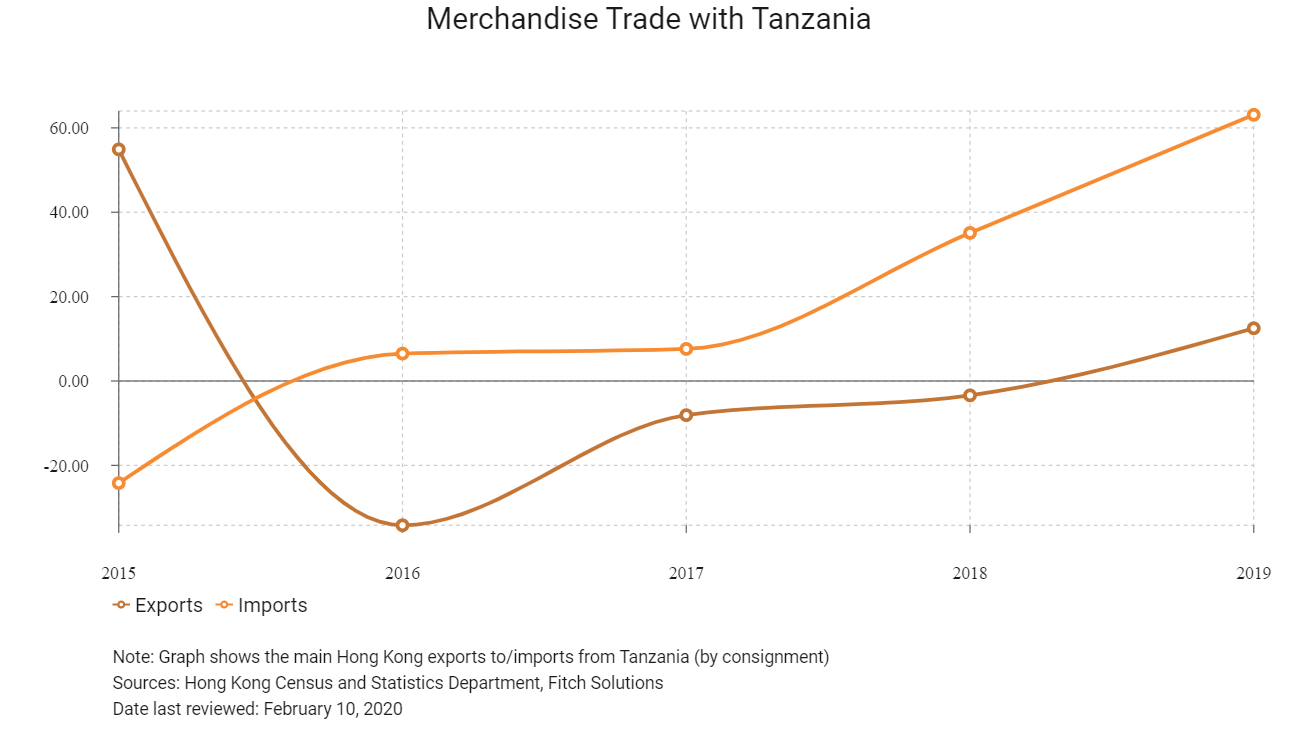 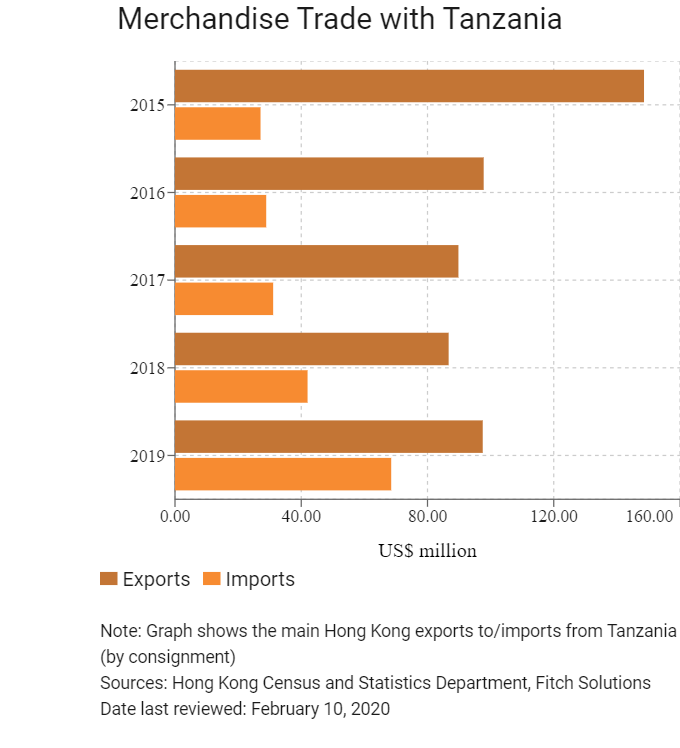 Treaties and agreements between Hong Kong/Mainland China and Tanzania

Mainland China and Tanzania have a bilateral investment treaty (BIT) that entered into force on April 17, 2014.

A visa is not required for HKSAR passport holders for a stay up to 90 days.