Although mostly desert, Sudan has fertile land, mountains, and livestock, as well as a large youthful labour market which are key factors that provide ample investment opportunities on the long term horizon. Sudan sits in a strategic geographical position at the crossroads of Sub-Saharan Africa and the Middle East, and is bordered by seven countries, with the Red Sea to the North East. Its capital, Khartoum, lies at the confluence of the White and Blue Niles, and its main port on the Red Sea. Armed conflict in Sudan’s westernmost region of Darfur has subsided, but many parts of the region face significant security challenges. Comprehensive United States sanctions on Sudan, levied in 1997 and expanded in 2006, were lifted in October 2017. This drew initial optimism, however foreign investors and commercial banks have been slow to reengage. Sudan’s economy is still significantly reliant on hydrocarbons exports and, following the global oil price slump in 2015/2016, Sudan and South Sudan agreed to lower oil transit fees for South Sudanese oil via Sudan’s pipeline.

October 2017
The United States announced the partial lifting of sanctions.

July 2019
On July 5, the Transitional Military Council (TMC) of Sudan and the opposition pro-democracy alliance announced that they had agreed a power-sharing arrangement. The deal would involve the formation of a sovereign council – the chairmanship of which would rotate between the military and civilians – and a civilian-led council of ministers. The arrangement was set to continue for at least three years, with the military in charge for the first 18-21 months and civilians for a subsequent 18 months.

September 2019
A new government took office under Prime Minister Abdalla Hamdok as part of a three-year power-sharing agreement between the military, civilian representatives and protest groups.

October 2019
The African Development Bank (AfDB) approved USD31.3 million in grants for the upgrading of water and sanitation facilities in Sudan's North and South Kordofan states. The financing comprises USD30 million from the African Development Fund and the rest USD1.3 million from the Rural Water Supply and Sanitation Initiative Trust Fund. When complete, the project was expected to benefit nearly 435,000 people in the states by providing access to better water and sanitation services.

January 2020
Sudan opened up its gold market to allow private traders to export gold. The new regulation stipulates that companies would be allowed to export 70% of their gold production, provided they deposit their proceeds into local banks. The remaining 30% was to be sold to the central bank. 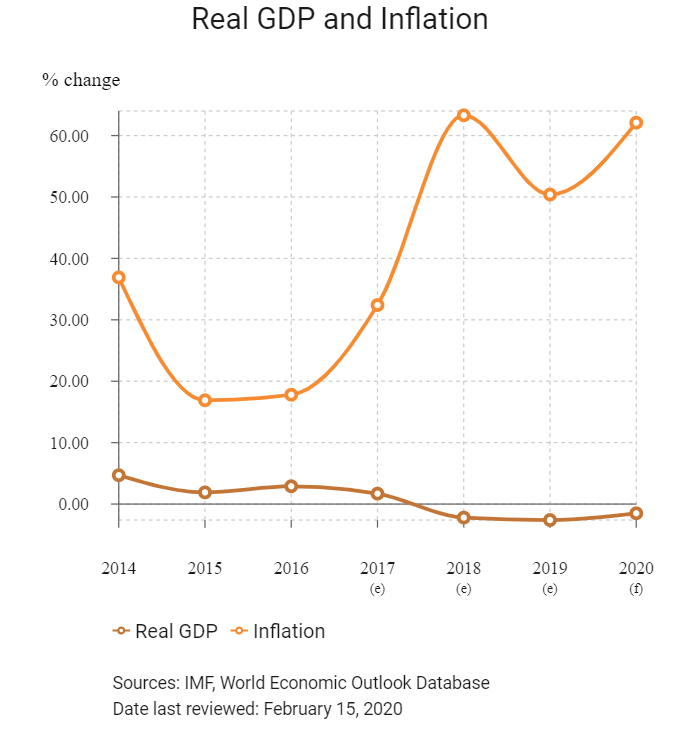 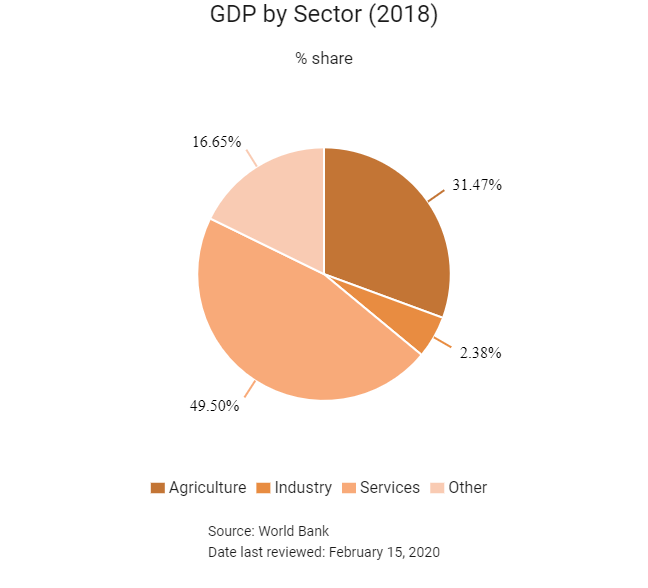 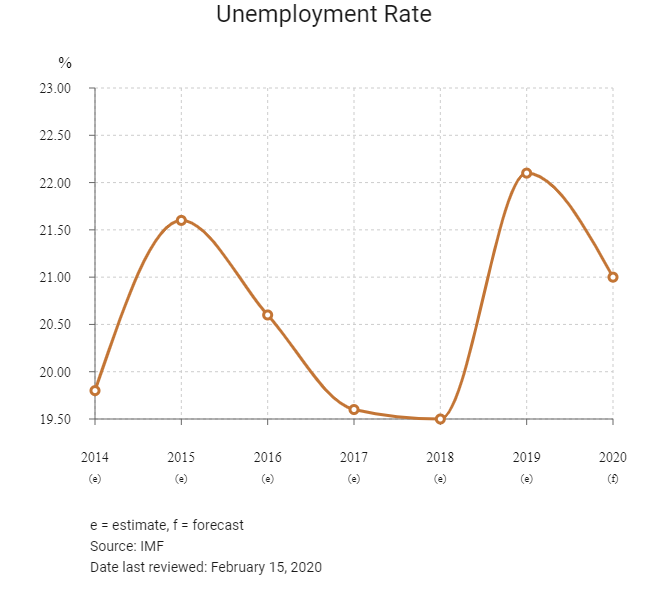 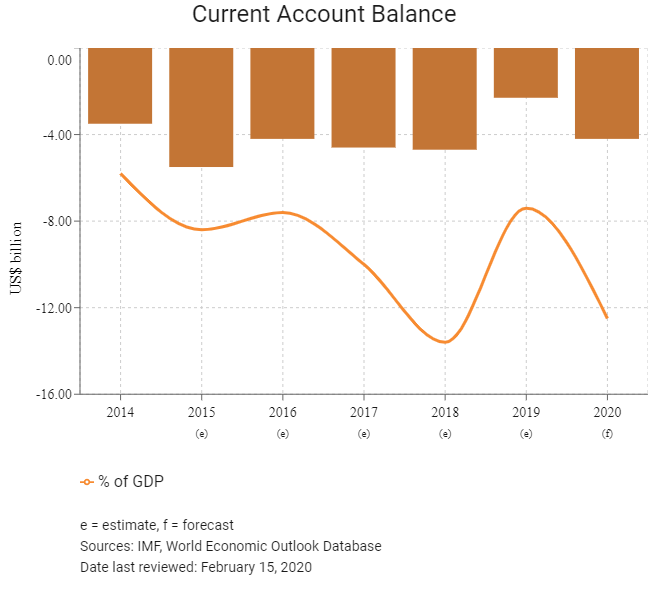 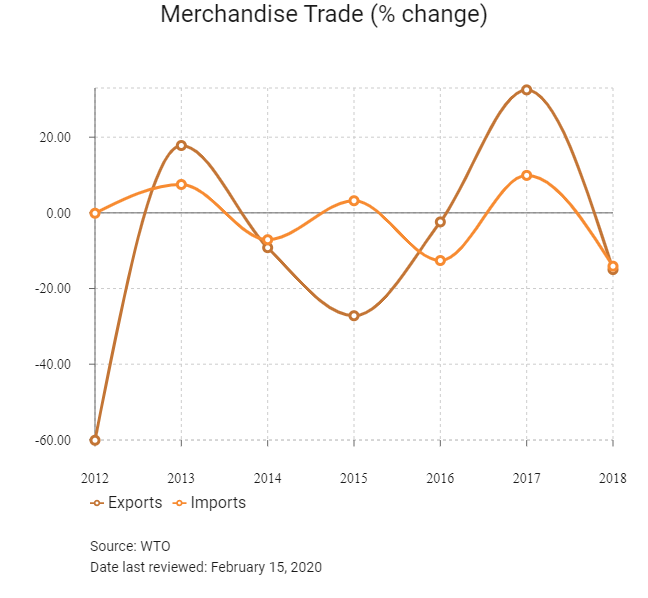 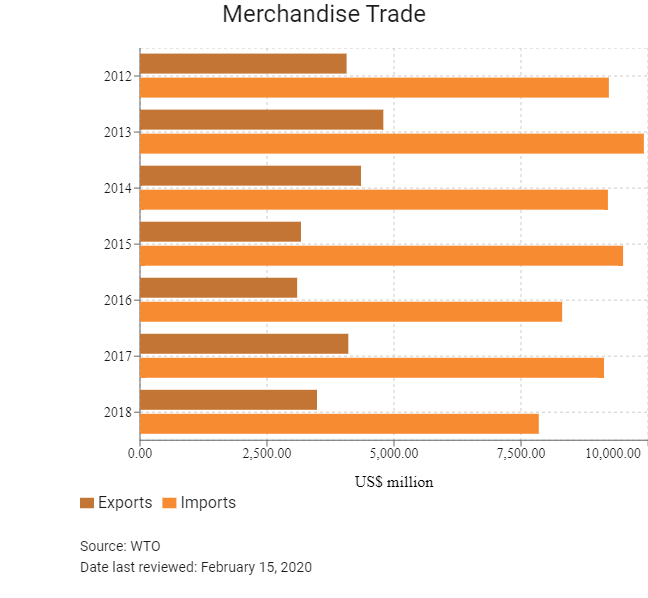 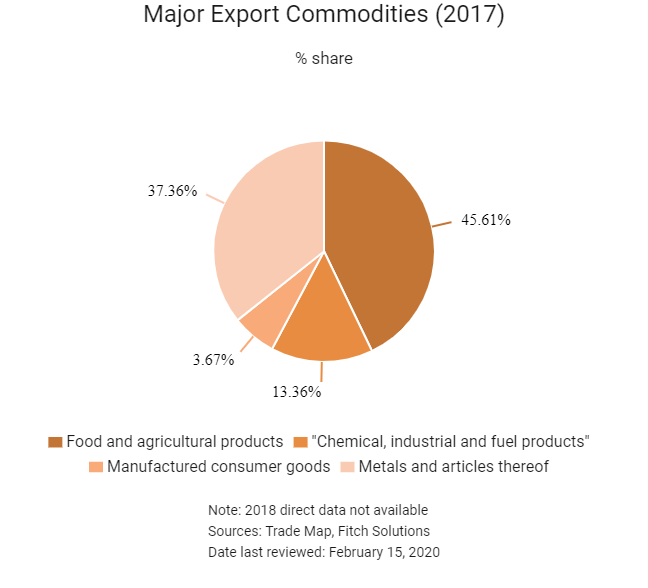 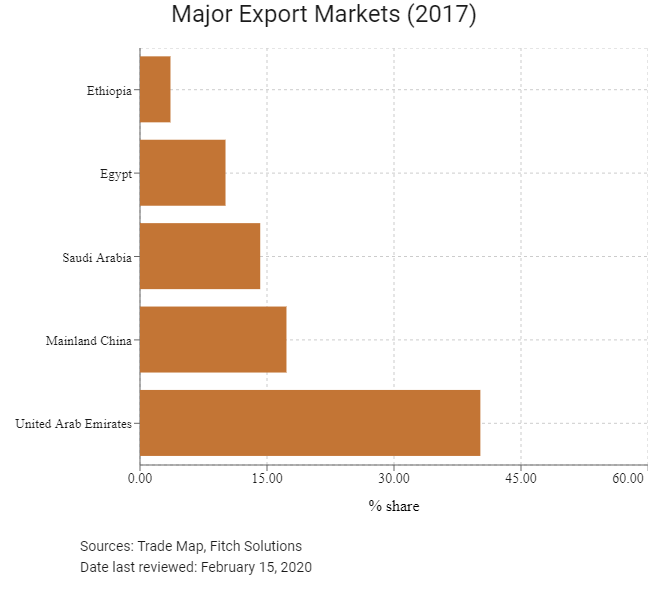 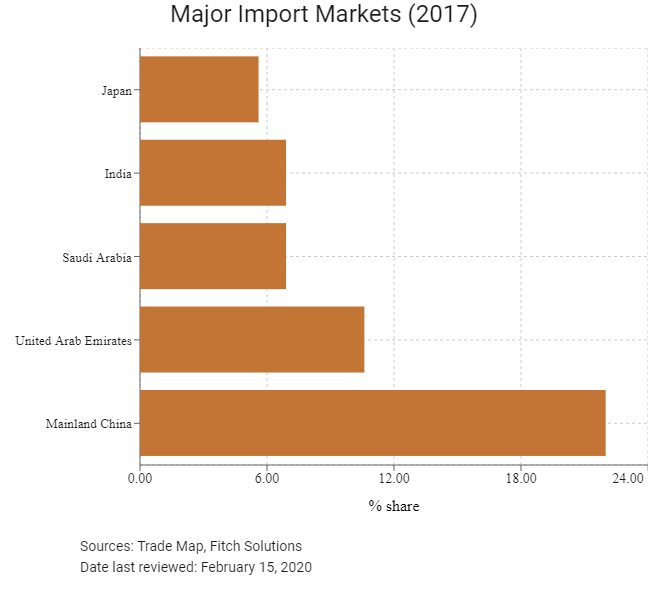 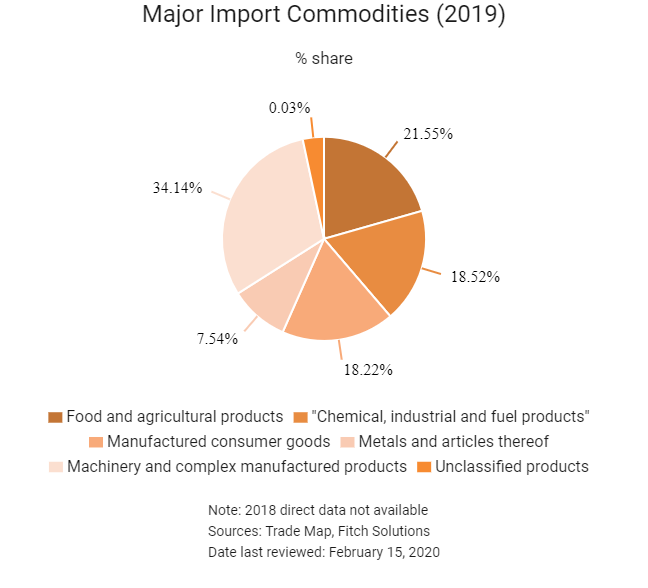 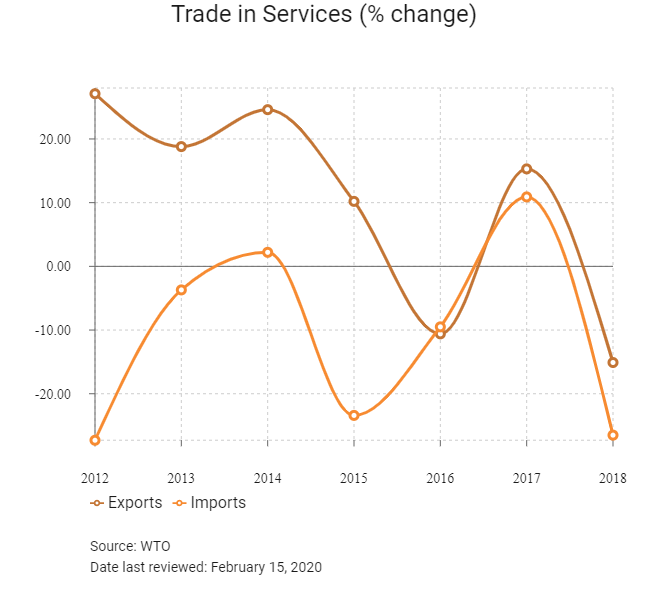 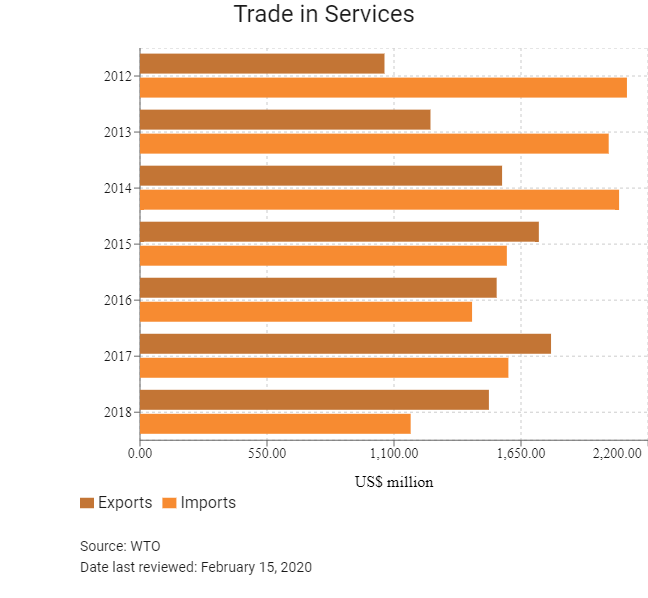 Ratified But Not Yet In Effect

The AfCFTA: AfCFTA is a trade agreement between African Union member states with the goal of creating a single market, followed by free movement and a single currency union. The AfCFTA was signed in Kigali, Rwanda on March 21, 2018. The agreement was ratified in Q119 by the pre-requisite 22 states. The implementation of the agreement came into effect on May 30, 2019, 30 days after the documentation regarding the ratification of the agreement was submitted to the African Union (AU). Negotiations continued in 2019, including negotiations surrounding the relevant competition policy, investment and intellectual property rights. It has been indicated that the start of trading under the AfCFTA Agreement will begin on July 1, 2020. 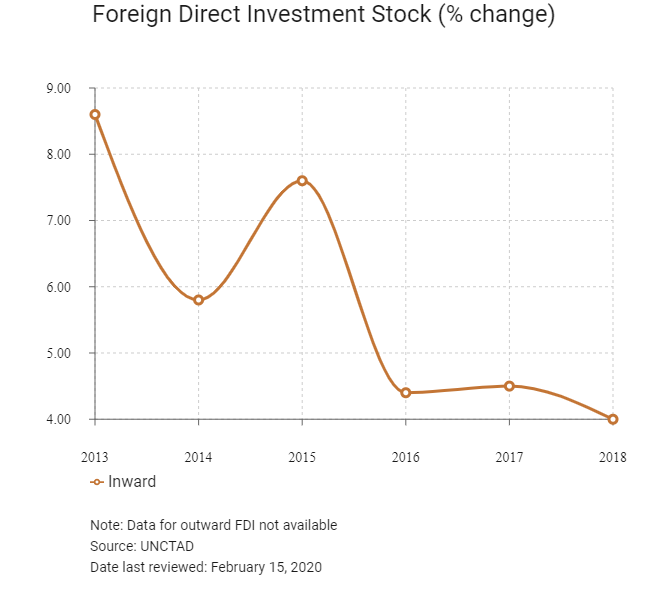 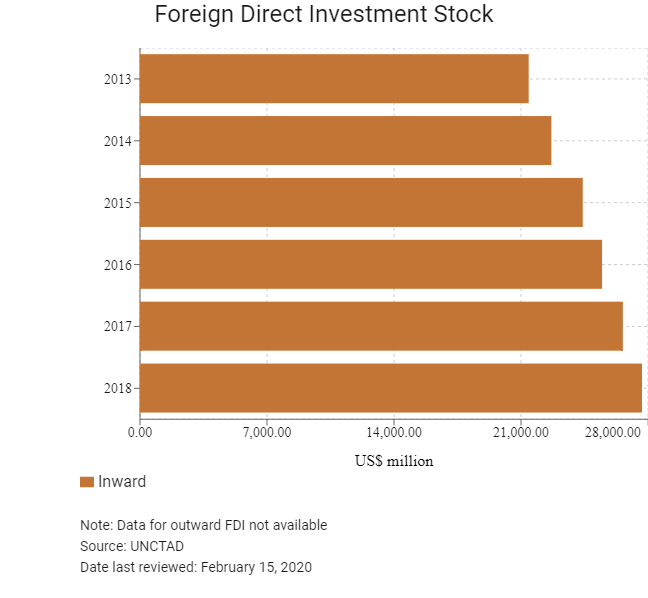 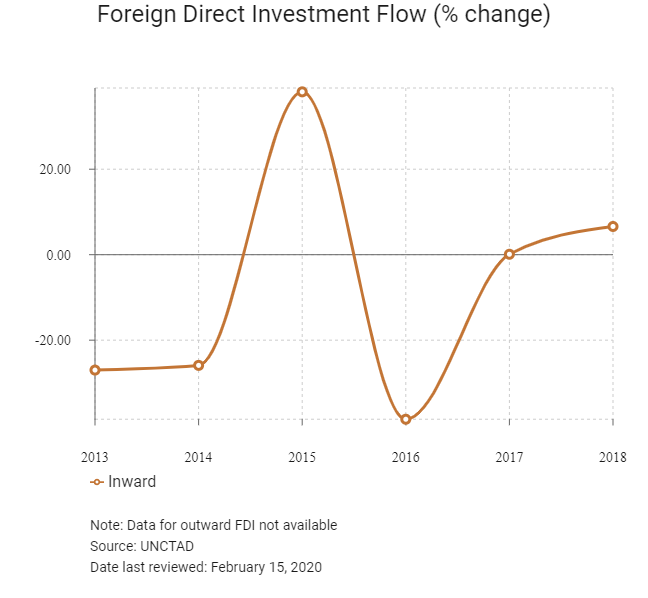 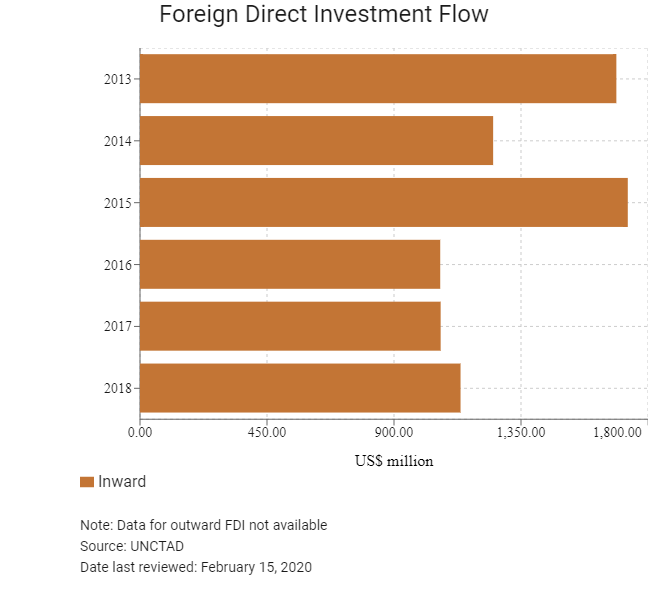 Entering Sudan is usually straightforward for visitors carrying a passport with a validity of at least one year. Visas are available on arrival for most nationalities, provided visitors have an entry permit arranged via a local tour operator or a hotel. Travellers are obliged to register with the relevant authorities within three days of arrival in Khartoum, Port Sudan, Gallabat or Wadi Halfa.

Travellers must apply for a visa, which takes approximately up to six weeks to process and costs around USD100 to USD150. Approvals for tourist and business visas require a letter of invitation from a friend or business partner based in Sudan.

Visitors must register at the Ministry of Interior within three days after arriving in Sudan. All foreigners travelling more than 25km outside of Khartoum must obtain a travel permit from the Ministry of Humanitarian Affairs in Khartoum. Travellers without these permits may be detained by Sudanese authorities. This requirement applies to travel for any purpose, including private, commercial, and humanitarian activities. Travellers must register again with the police within 24 hours of arriving at a destination outside Khartoum. A separate travel permit is required for travel to Darfur. These regulations are strictly enforced, and even travellers with proper documentation may expect delays or temporary detention by security forces, especially outside the capital. Authorities expect travellers to strictly respect roadblocks and other checkpoints.

Work permits are available through local sponsors, or companies, while umbrella companies exist to give work permits to independent contractors. Foreign workers must have valid residency and work permits or face imprisonment and deportation.

Customs Regulations and Other Requirements

It's strictly forbidden to take alcohol into Sudan. Mandatory Police Registration for all nationalities is required within 24 hours of arrival. Note that if there is evidence of travel to Israel in the traveller’s passport they will be denied a visa. Israeli nationals are not permitted.

If a traveller intends to bring electronic items they should inquire about entry requirements when they apply for a visa; restrictions apply to many devices including video cameras, satellite phones, facsimile machines, televisions, and telephones. These items may be held for inspection for periods of days and/or weeks following arrival. The traveller will not be allowed to depart Sudan with ivory, certain other animal products, or large quantities of gold.

Sudan is a conservative society, particularly in the capital and other areas where the Muslim population is the majority. Modest dress and behaviour is expected for both men and women. Loose, long-sleeved shirts and full-length skirts or slacks are recommended attire for female visitors. Women who are not Muslim are not expected or required to cover their heads. Men may wear short-sleeved shirts, but short pants are not acceptable in public.

ECONOMIC RISK
A shifting political environment and disrupted policy implementation will act as a constraint on GDP growth over the coming quarters. Consumer spending will remain weak given high inflation and downbeat economic activity. Government consumption is likely to rise once a planned sovereign council is established, as the authorities will seek to minimise public discontent by increasing subsidies and social spending, but fixed investment will remain weak given significant market volatility in the near term. The country will continue to be heavily reliant on oil for the foreseeable future, exposing the country to fluctuations in global energy markets.

OPERATIONAL RISK
Sudan is home to one of the most difficult operating environments globally. Particular areas of weakness are its security and trade and investment environments. Privatisation efforts have been slow and the state is dominant in the economy. Overall economic conditions remain challenging, underpinned by foreign exchange shortages and high inflation. While there has been some traction in the transport infrastructure pipeline following the announcement of several rail, port and airport projects in recent years, these are only expected to improve the country's logistics profile over the long term, contingent on an improvement in the security environment in the near term. On the upside, the country's young and large population and regionally competitive educational attainment levels, particularly in Khartoum, bode well for the labour market profile in the long term. The opportunity for economic reforms including prospects of renewed ability to use the services of international banks could also bolster exports and enable foreign investment more freely in the long run. 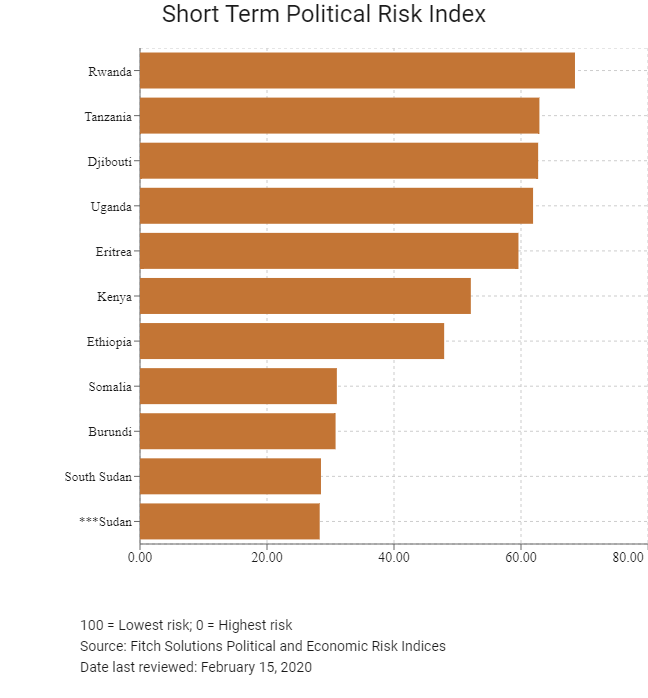 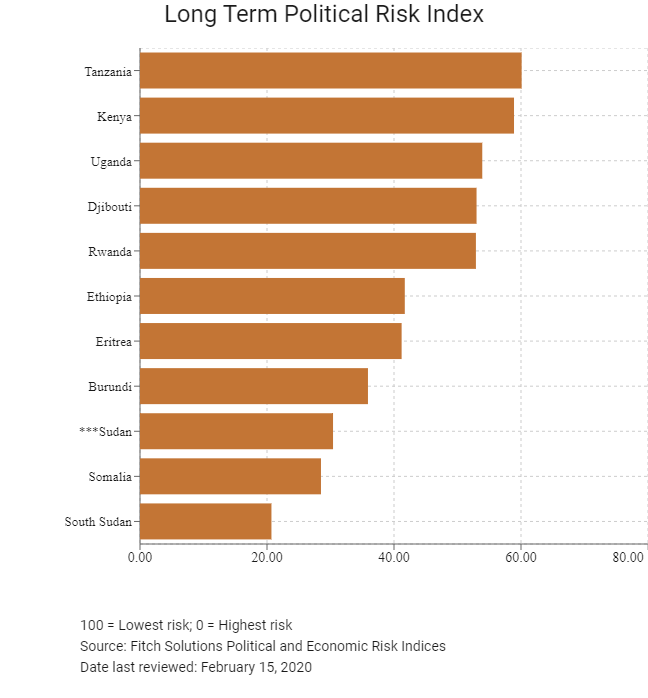 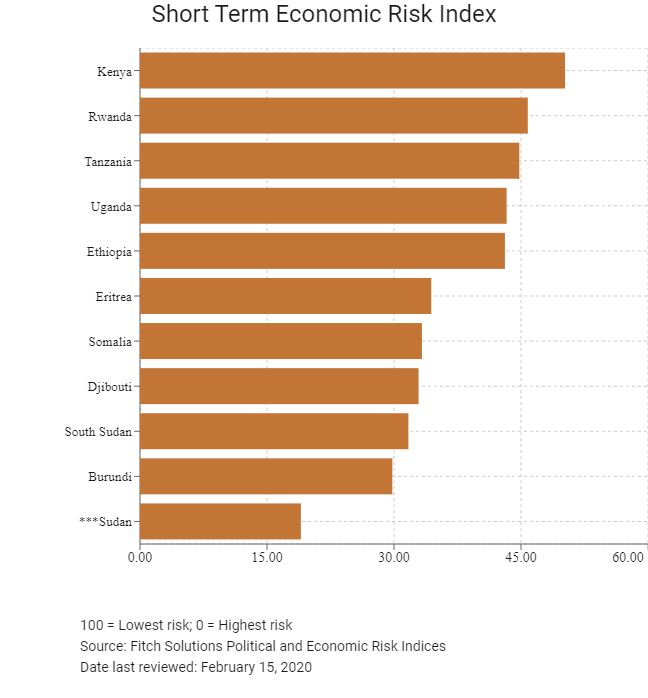 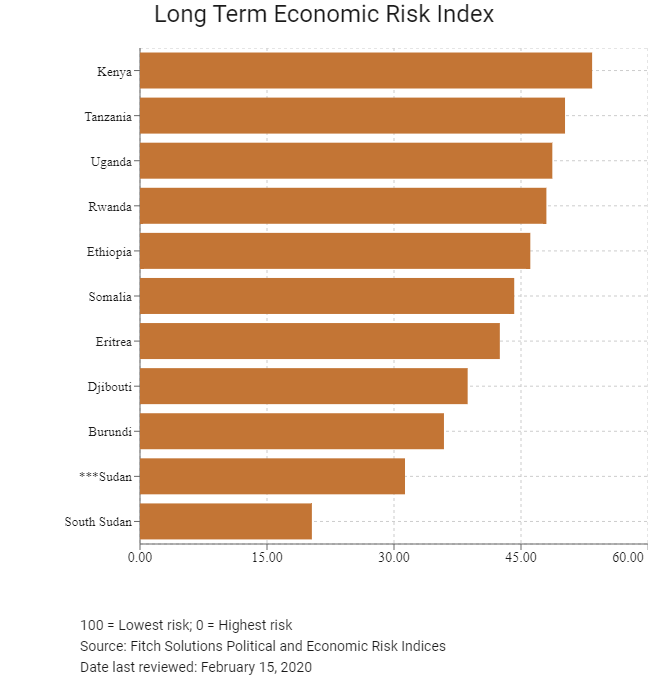 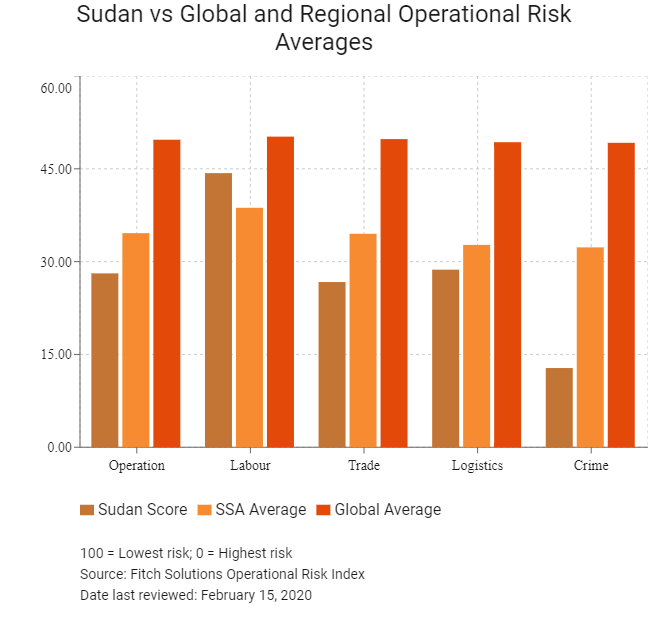 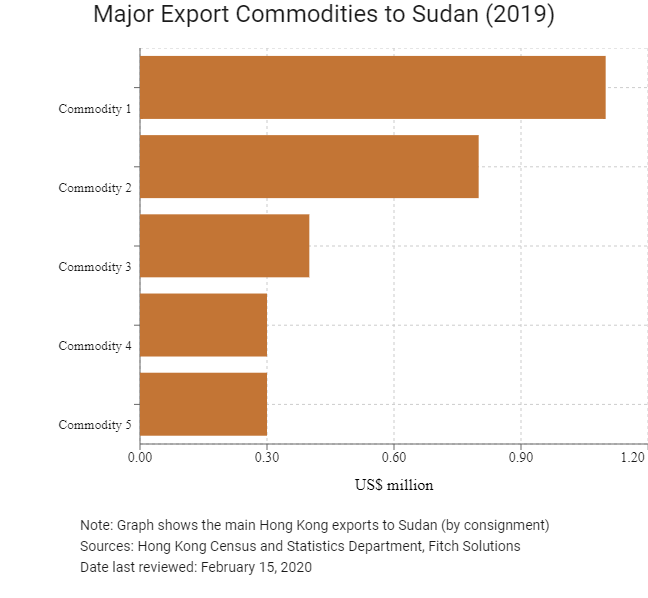 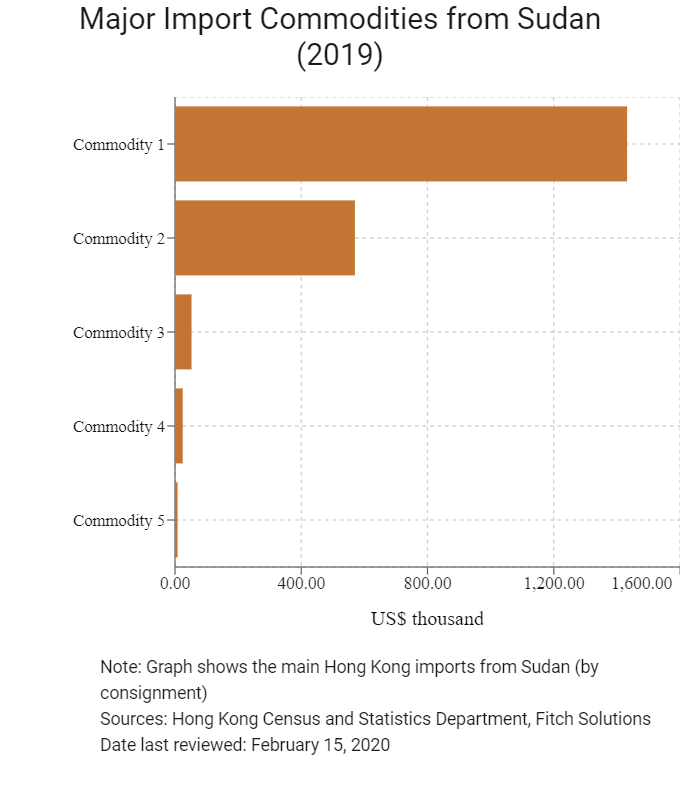 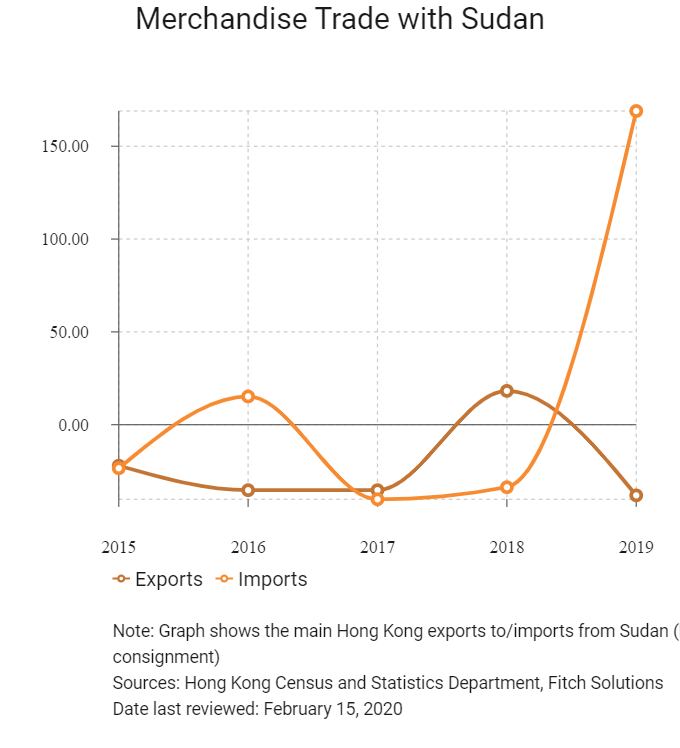 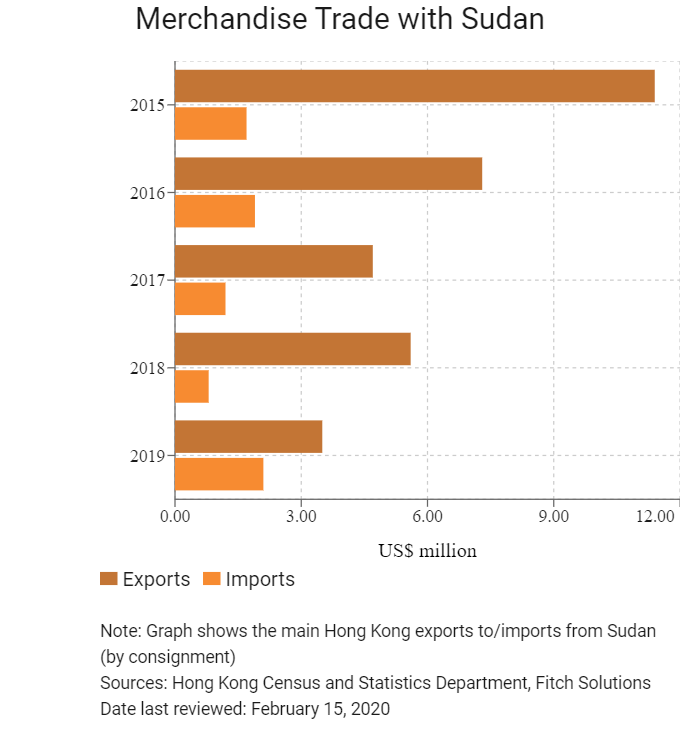 Treaties and Agreements between Hong Kong and Sudan

Mainland China and Sudan have a double taxation treaty that entered into force in May 1997.

A visa is required for Hong Kong residents.