South Africa has made considerable strides towards improving the well-being of its citizens since its transition to democracy in the early 1990s, but the slow pace of transformation in recent years has meant that income inequality remains structurally high, and economic growth has remained sluggish over the past decade. The current administration is aware of the immense challenges it needs to overcome in order to accelerate progress and build a more inclusive society. Its vision and recent efforts to address priority areas are outlined in the 2030 National Development Plan, which comprises the two main strategic goals of eliminating poverty and significantly reducing inequality by 2030. Owing to consistent and sound budgetary policies since 1994, South Africa has been able to tap into international bond markets with reasonable sovereign risk spreads compared with its African peers. Finally, the country is pursuing a broad reform agenda that seeks to liberalise the investment environment in the years ahead.

February 2019
In February 2019, South African President Cyril Ramaphosa handed over South Africa’s deposit of instruments on the ratification of the African Free Continental Trade Area (AfCFTA) to the African Union. The AfCFTA was formally launched on July 7, 2019.

May 2019
Elections in South Africa were held for the National Assembly, provincial legislatures and municipal councils. The ruling ANC won re-election with 57.5% of the national vote.

June 2019
The Trans-Caledon Tunnel Authority in South Africa started implementing of the ZAR12.3 billion (USD853 million) Mokolo Crocodile Water Augmentation Project Phase 2A. The scheme would boost water supplies to the Lephalale municipality, Eskom's Matimba and Medupi power stations and Exxaro's Grootegeluk coalmine. It would also enable the further development of the mineral and energy prospects in the larger Waterberg region, and was also essential for the integration of flue gas desulphurisation air-pollution management systems at Eskom's Medupi power station. The scheme was scheduled for completion in May 2026. The overall Mokolo Crocodile Water Augmentation Project entailed construction of two main bulk raw water transfer systems to meet the growing demand for power generation, mining activities and domestic use.

July 2019
The South African government announced that it would spend around ZAR38 billion (USD2.6 billion) over the next 36 months on upgrading signalling systems, depots, perway and stations, as well as buying 600 new trains for the Metrorail service.

November 2019
South Africa's Central Energy Fund reportedly began working with Saudi Arabian Oil Co to build a new refinery along the east coast of the African country. The refinery, which would have a capacity of 300,000 barrels per day, was likely to become operational by 2028. The project, which was at an early stage, was expected to cost around USD10 billion. The scheme would be funded through debt as well as equity.

March 2020
The central bank (SARB) reduced the policy rate to 5.25% from 6.25% on March 19 and then again to 4.25% on April 14. On March 20 it announced other measures to ease liquidity conditions. Part of the programme aimed to purchase government securities in the secondary market across the entire yield curve and extend the main refinancing instrument maturities from three months to 12 months. The SARB also announced that it would continue its long-standing practice of not intervening in the foreign exchange market.

April 2020
Net capital outflew (bonds and equities) since the beginning of the Covid-19 pandemic had amounted to USD6.6 billion (2.3% of GDP), and the local currency had depreciated by 25% against the US dollar.

May 2020
On May 1 2020, a phased lifting of the lockdown began, allowing a few sectors to resume operation and others only partially. Remote work was still encouraged where possible.

2021
The Waterberg Project, which seeks to unlock the unexploited coal reserves in South Africa's Limpopo province and connect to neighbouring Botswana's coalfields will boost logistical capacity in the mining sector. Work is now expected to begin in the second half of 2021. The first phase of the Waterberg project involves unlocking the unexploited coal reserves in the town of Lephalale and delivering these to the Richards Bay Coal Terminal (RBCT) in KwaZulu-Natal Province. This entails upgrading the existing 560km heavy-haul line stretching from Lephalale in Waterberg to the key logistics junction in the mining town of Ermelo in Mpumalanga, increasing coal capacity on the line from 4mn tonnes to 23mn. Ermelo is already linked to the RBCT via a 588km rail line. The project seeks to tap into Botswana's massive coalfields, which would involve the construction of a 4km bridge connecting Botswana to the existing Waterberg-Ermelo line. Following this, the aim is to eliminate non-coal traffic from the export channel between Ermelo and the RBCT to ease congestion on the line, thereby allowing for the efficient delivery of the commodity to domestic and international markets. To achieve this, the line from Waterberg to Ermelo is intended to link with the planned 146km Swazilink line – a new route reaching the Sidvokodvo Junction in Swaziland – for the movement of general freight to the RBCT, and from Maputo to Mozambique. 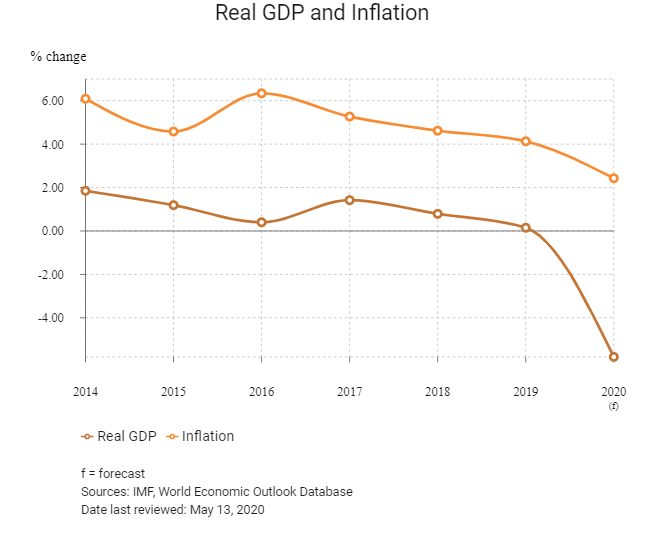 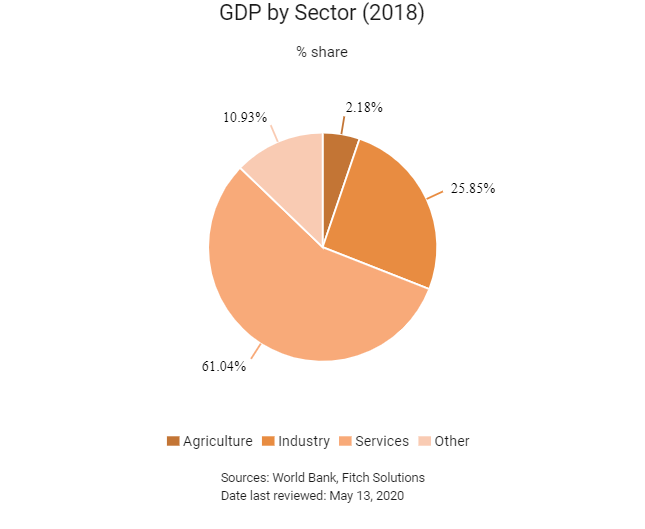 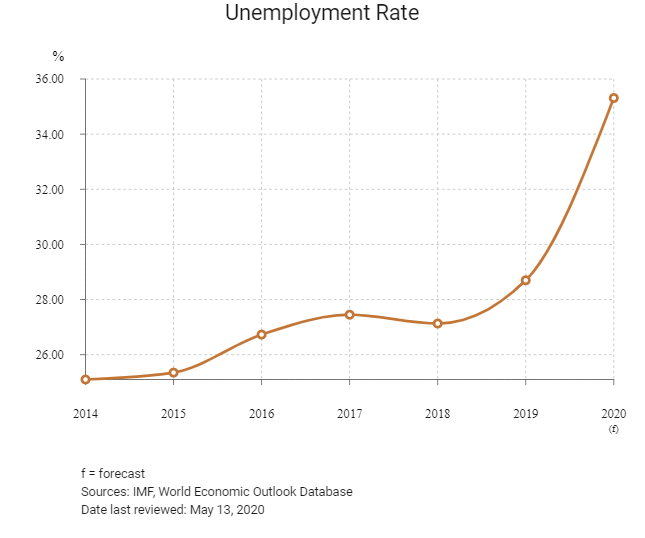 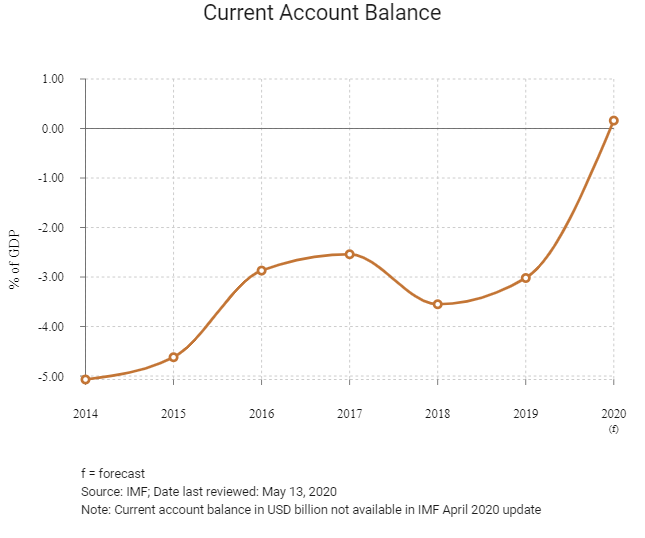 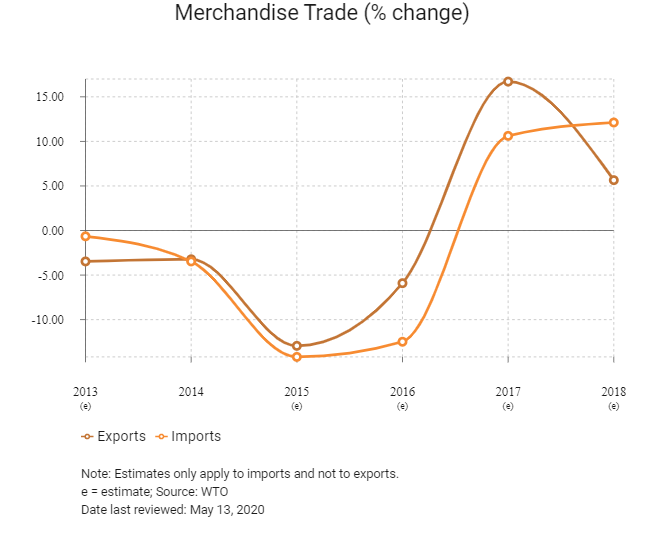 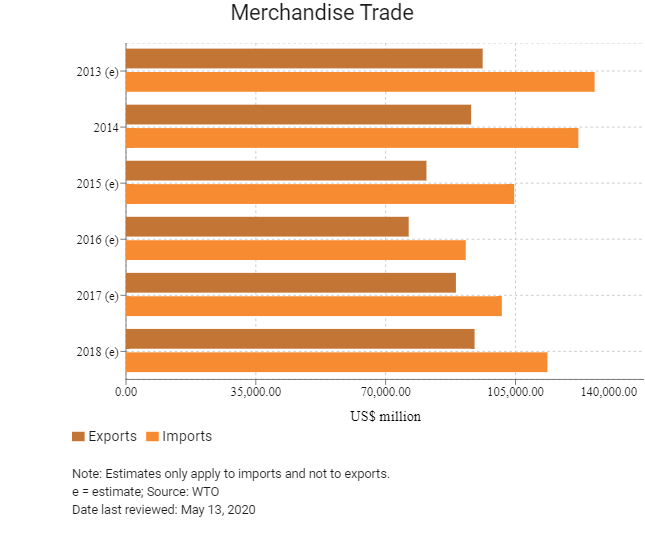 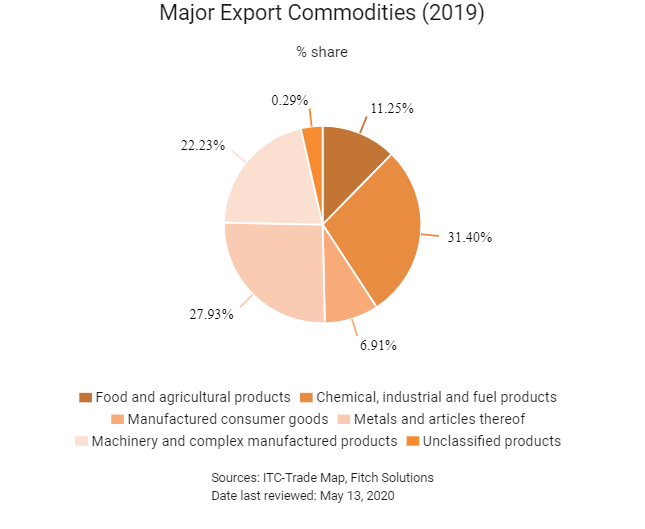 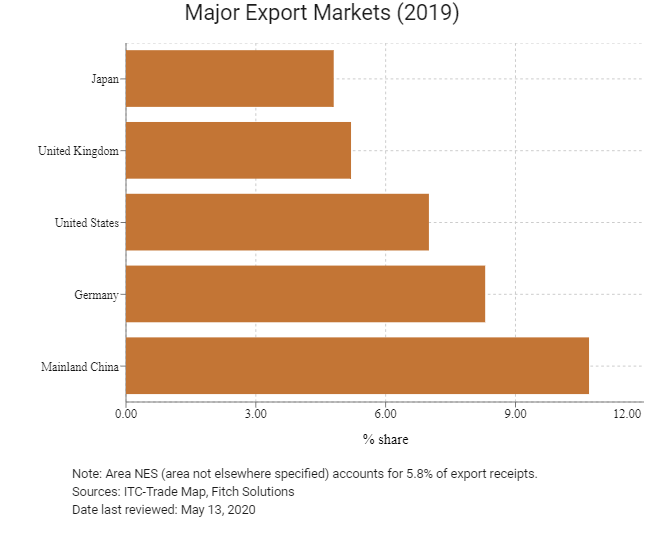 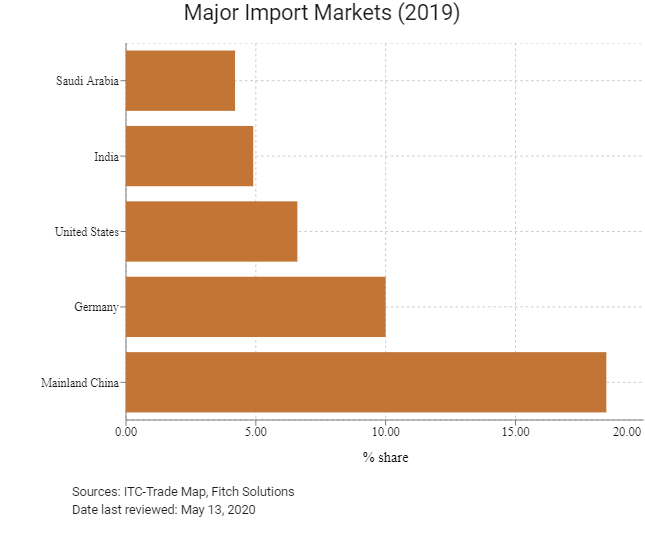 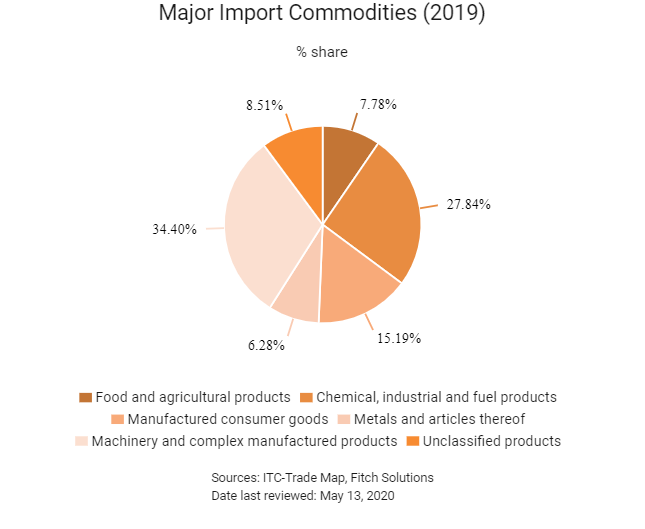 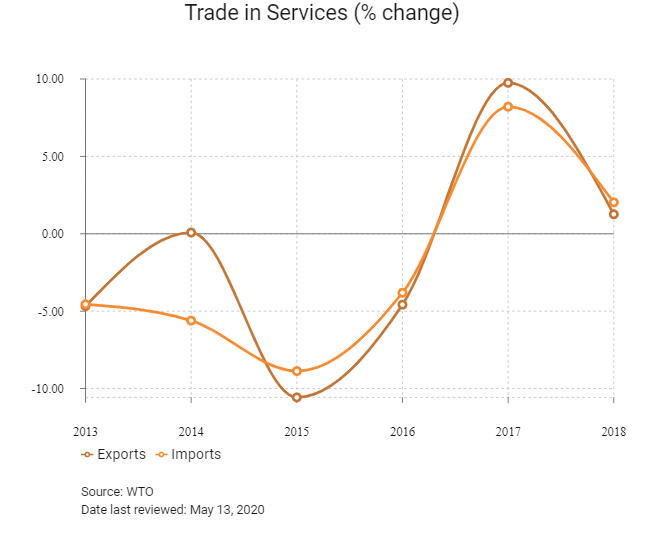 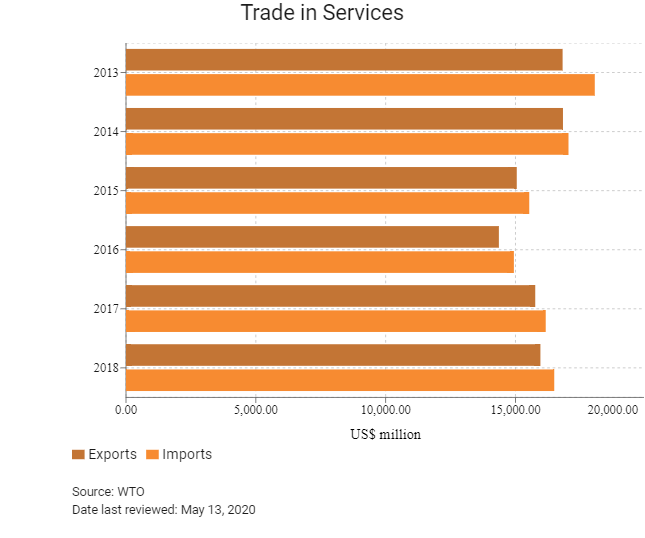 The AfCFTA was formally launched on July 7, 2019. This agreement stands out as one of the most ambitious projects of the African Union (AU) as it seeks to create the largest single market in the world, by country membership. The AfCFTA will cover a market of more than 1.3 billion people with combined nominal GDP of USD2.5 trillion. Out of the continent’s 55 states, 54 have signed the agreement, with Eritrea as the only non-signatory. Countries with diversified trade baskets, extensive transport links, strong industrial and services sectors and competitive operational risk profiles, such as South Africa, are likely to benefit the most from tariff reductions and the harmonisation of trade rules.

Tripartite Free Trade Agreement (FTA): This agreement links the Common Market for Eastern and Southern Africa, the SADC and the East African Community. While most of South Africa's main African trading partners are already within the SADC area, reducing tariffs between South Africa and other African countries will undoubtedly increase trade flows between South Africa and the rest of the continent. South Africa needs to diversify its main export base in order to reduce its exposure to shifts in external demand from its core export base, which mostly consists of Mainland China and other SACU member states. 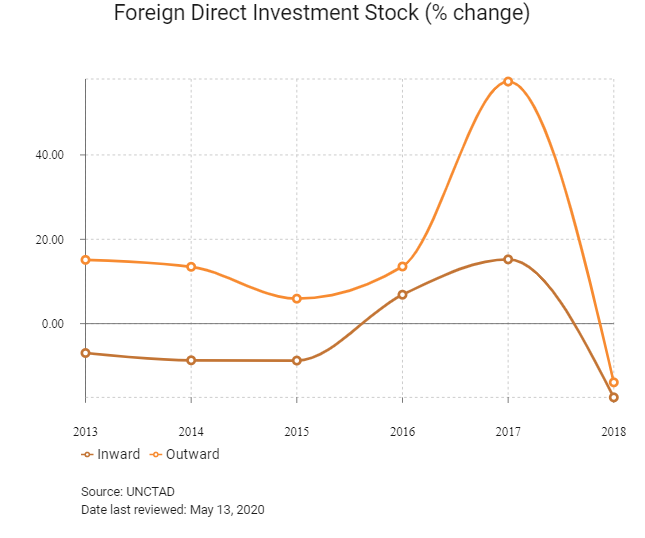 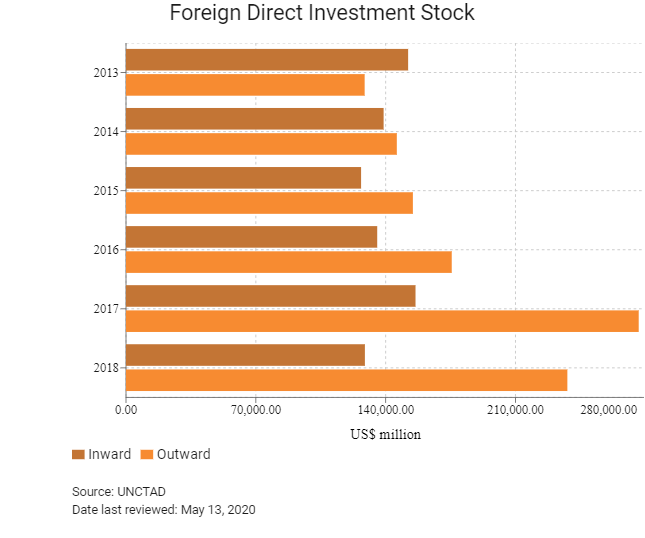 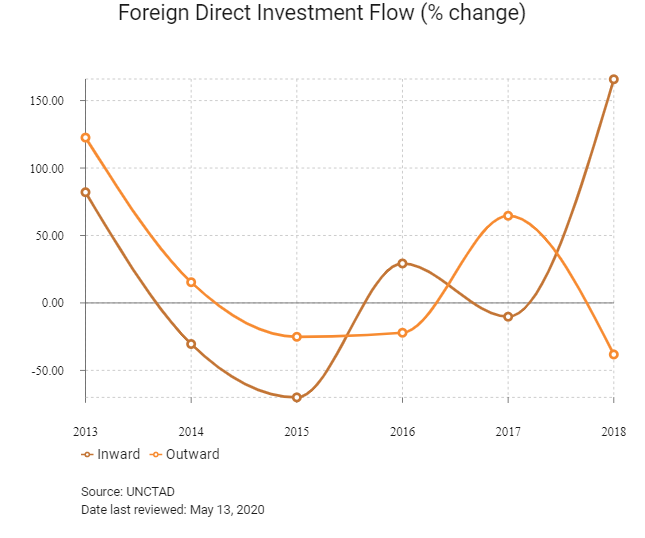 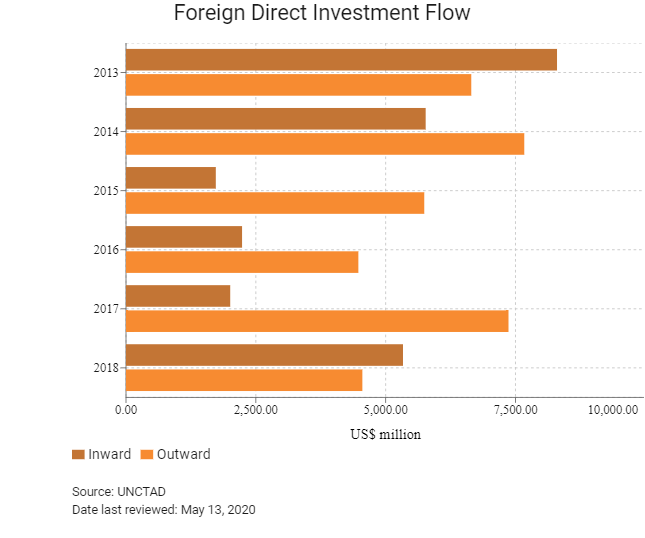 Special tax rates apply in certain industries, such as mining and long-term insurance. Those companies classified as residents are then taxed on their global incomes. However, non-resident companies are not taxed on their non-South African incomes.

Hiring procedures in South Africa are strictly regulated. Various affirmative action policies have been implemented since 1994 to promote the employment of South Africa's black population.

These resulted in the passing of the Broad-Based Black Economic Empowerment (BBBEE) Act of 2003, for which new codes were introduced in 2015. BBBEE policies are aimed at increasing the participation of previously disadvantaged people in the formal economy in relation to ownership and employee hiring. Companies may undergo a BBBEE audit and obtain a BBBEE score in terms of these codes.

While BBBEE code compliance is voluntary for private companies, these codes are legally binding on state institutions and state-owned enterprises, which are also obliged to use the codes to measure BBBEE compliance when choosing suppliers, granting licences or making concessions.

In 2015, South Africa enacted new immigration laws. There are two types of visas that apply: the critical skills work visa and the general work permit. The South African government has acknowledged that in order to advance national interest, it needs to be easier for foreign workers with critical skills required for South Africa's economy to be granted permits to work in the country. Critical skills visas apply to a wide range of professionals in fields such as engineering, construction, agriculture and financial services.

The critical skills visa can be applied for without a formal job offer and takes three months with minimal paper work. However, for companies wanting to employ foreign workers who do not fall within a critical skill set, the application procedure is particularly onerous. Prior to submitting an application for a general work visa (which can only be applied for from the applicant's country of origin), the prospective employer is required to apply to South Africa's Department of Labour for a certificate which confirms, among many things, that despite having conducted a diligent search, the prospective employer has been unable to find a suitable candidate with qualifications or skills and experience equivalent to those of the applicant.

Once this has been granted the visa is supposed takes two to three months to issue, but delays are regular. It is therefore a highly extensive and costly process required for employers and potential foreign employees to obtain this type of visa.

Changes to South Africa's visa regime, which came into force in 2014, included requirements that persons applying for a South African tourism visa must submit biometric data to the South African embassy they applied at, which means that all applications have to be made in person. Any adults travelling with minors needed an unabridged birth certificate for the child in question and proof of consent from both of the child's parents for that child to travel.

These changes have since been amended, so that foreigners who have applied for a South African visa can now do so via postal application or have a travel agency do it for them, and they are no longer required to carry an unabridged birth certificate for minors.

ECONOMIC RISK
Given South Africa's close links with the global economy, the country remains heavily exposed to the external environment. The economy is set to contract sharply in 2020 following near-stagnant growth levels in 2019. Capital flight prompted by the health crisis and by Moody’s downgrading the country’s last investment-level credit rating will hurt fixed investment, and rising unemployment is weighing on consumption. A dire fiscal outlook and struggling state-owned enterprises may lead the government to seek additional support from multilateral lenders. Over the long term, elevated unemployment and sluggish credit growth will continue to weigh on private consumption, and continued uncertainty over some elements of policy and the challenging operating environment will act as a headwind to investment. South Africa's current account deficit remains under pressure, and controlling the country's rising debt burden will remain a challenge over the medium term.

OPERATIONAL RISK
South Africa boasts the most advanced and broad-based economy in Sub-Saharan Africa. The investment climate is fortified by stable institutions, a vibrant legal sector committed to upholding the rule of law, mature telecommunications, banking and financial services sectors, good transport infrastructure, and a broad selection of experienced local partners. South Africa encourages investments that develop ICT and the manufacturing of goods for export. However, the country's performance is less competitive on the labour and crime and security fronts. This is largely due to high labour costs, the frequency of widespread perennial strikes, high crime levels and policy uncertainty, which are considered major drawbacks for investors. South Africa's economic outlook and trade and investment profile have come under significant threat from fiscal slippages, commodity prices weakness and significant policy shifts over the past five years. The impact of the Covid-19 pandemic raises notable risks to the business environment in the near term, and the country will see investment and trade fall in 2020. Structural reform momentum will remain limited. 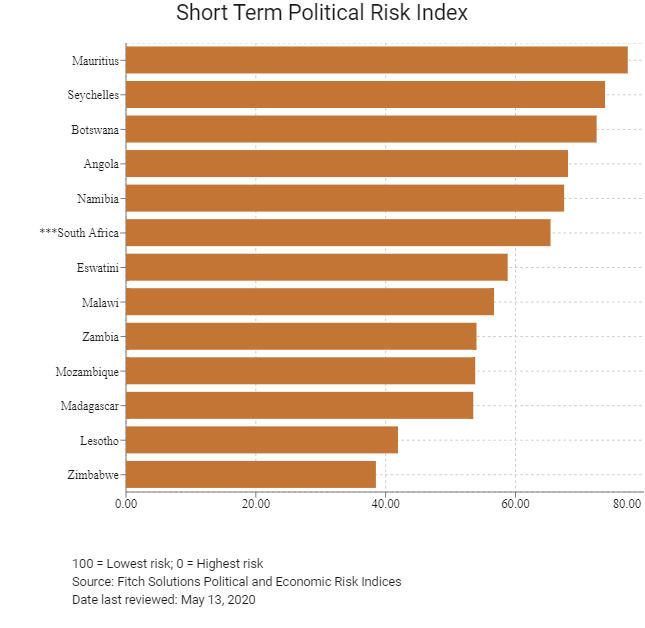 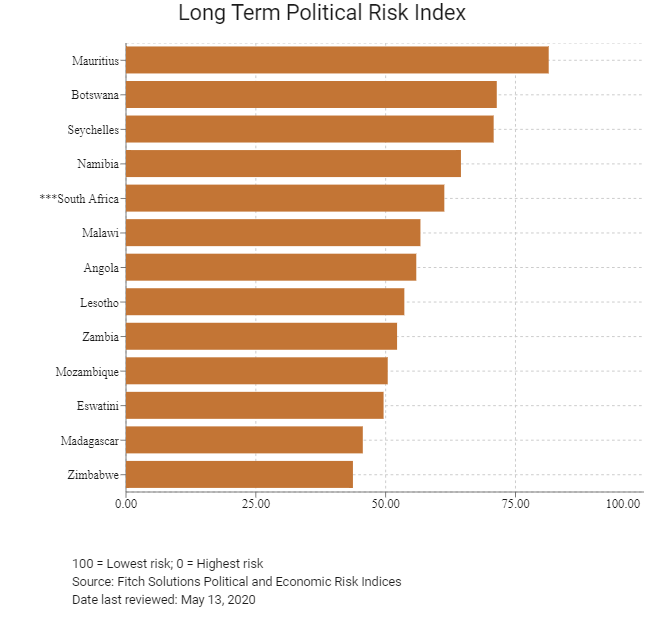 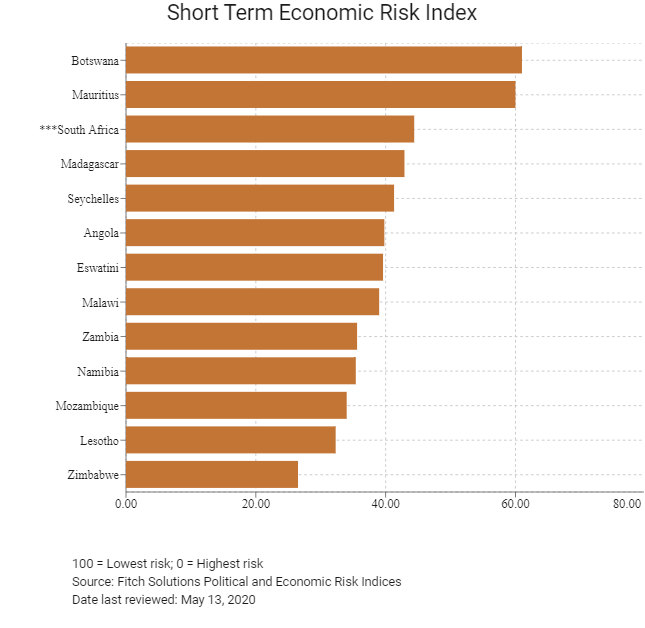 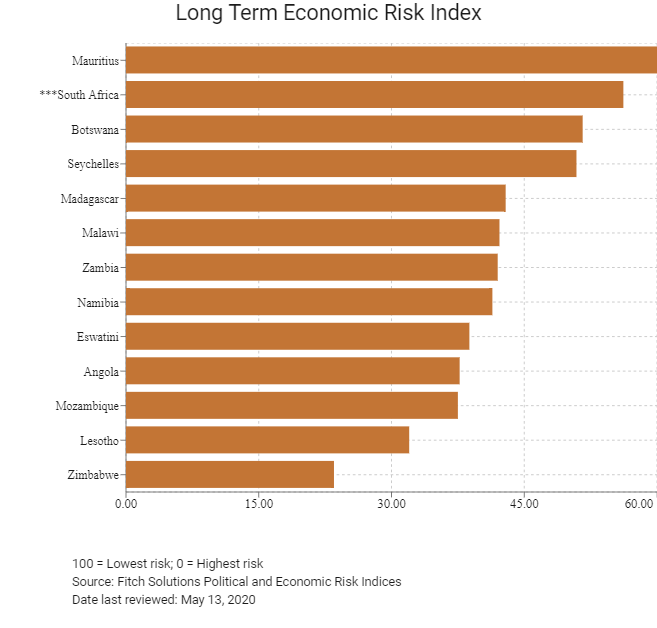 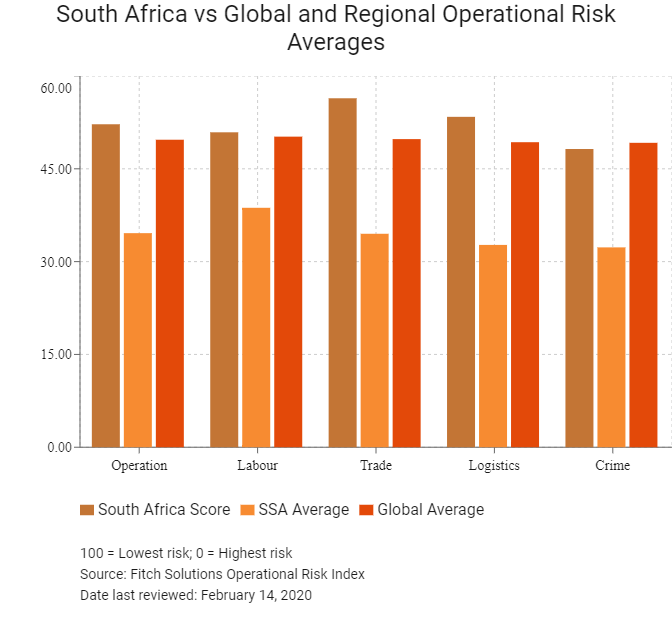 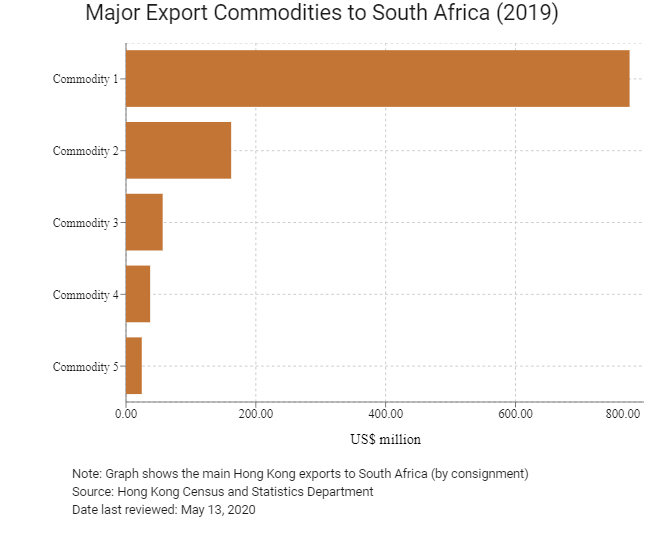 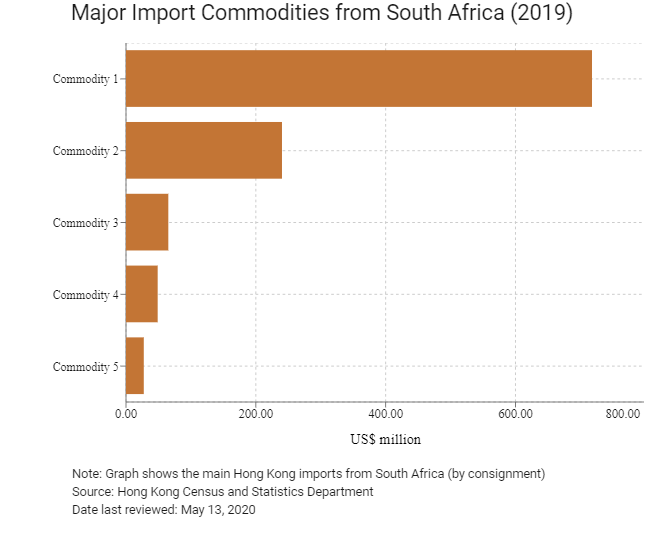 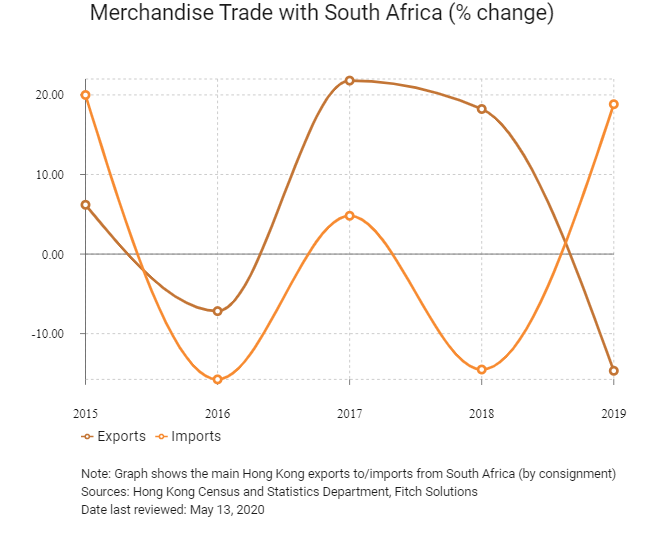 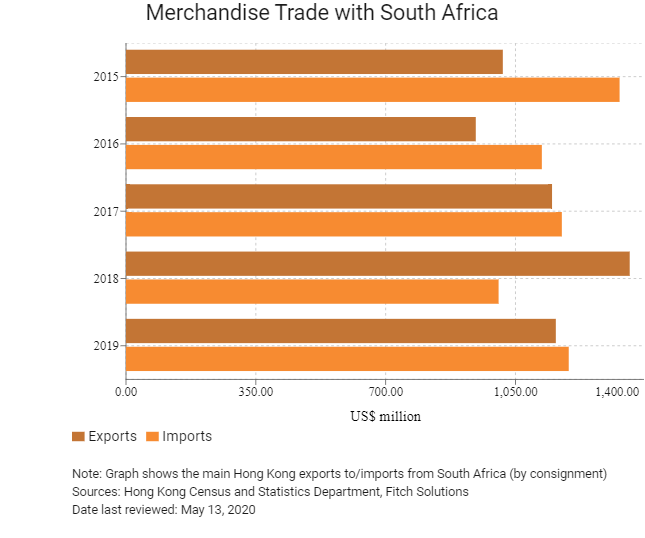 Treaties and agreements between Hong Kong and South Africia

Hong Kong and South Africa concluded comprehensive Double Taxation Agreements on October 20, 2015. This is the first income tax treaty Hong Kong has with a jurisdiction in Africa.