Slovakia's open economy has benefitted from access to the European Union (EU)'s Customs Union, with exports estimated to account for nearly 100% of Slovakia's GDP in 2018. Although this has enabled the country's export-led growth over the past six years, it also poses challenges in the future, such as economic volatility. Slovakia's automotive industry will remain a major source of export growth and deficit financing through foreign direct investment inflows. Slovakia is a transit hub for the Belt and Road Initiative, which will influence the development and upgrading of transport infrastructure to facilitate anticipated increases in cargo traffic between Europe and Asia. Economic growth in Slovakia is to remain solid and broad-based over the coming quarters, outperforming its regional and eurozone peers. Slovakia is well positioned to transition towards a more value-added economic model, which would raise its long-term economic growth potential, especially in light of Parliament's approval to cap the retirement age at 64.

March 2016
Robert Fico's Smer party lost its majority after parliamentary elections in which the far-right People's Party Our Slovakia, led by Marian Kotleba, entered parliament for the first time.

July 2018
At a bilateral meeting with Mainland China's Prime Minister Li Keqiang in Sofia, Bulgaria, Pellegrini expressed Slovakia's ambition to become the gateway for Chinese investment in Europe. He also said that Slovakia wanted to play a strategic role in the East-West transportation of oil and natural gas and that he hoped that Mainland China would be interested in investing in a Slovakian terminal planned as part of that transport infrastructure.

January 2019
During the New Year's address, then-president Andrej Kiska, a political outsider until 2014, confirmed his earlier decision not to run for a second term in office.

September 2019
GAZ-SYSTEM started construction of the Polish section of the Poland-Slovakia gas interconnector, which would link the gas node in Strachocina (Podkarpackie Voivodeship) with the Slovak compressor station in Vel'ké Kapusany. GAZ-SYSTEM and Slovakia-based Eustream were jointly carrying out the 165km pipeline project. Towards Poland, the capacity would be 5.7 billion cubic metres (cu m) a year, and it would be 4.7 billion cu m per year towards Slovakia. The project was financed by EU funds under the Trans-European Energy Networks and Connecting Europe Facility.

October 2019
South Africa and Slovakia signed a joint protocol agreement during the fifth session of the joint council on economic cooperation (JCEC) between the countries.

March 2020
Slovakia’s anti-corruption Ordinary People (OLANO) party, the winner of the February 2020 election, agreed to a four-party governing coalition after the parties struck a deal on cabinet seats. OLANO’s coalition would dislodge the long-ruling centre-left Smer party that had led the government since 2012. 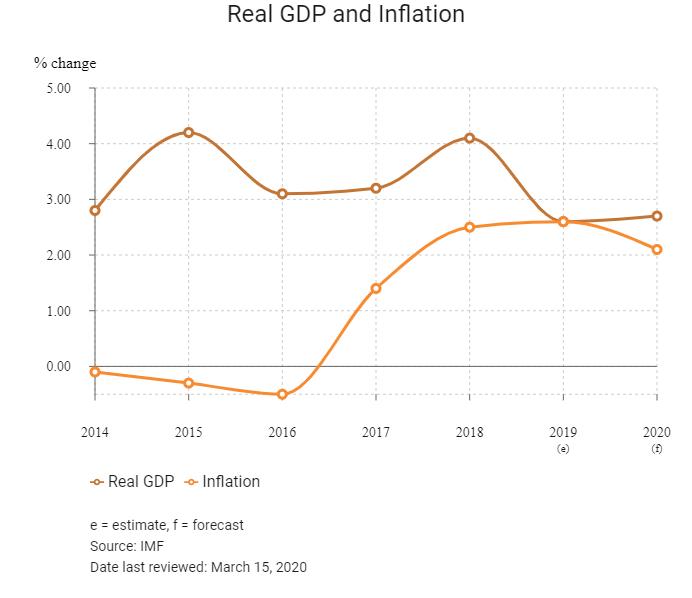 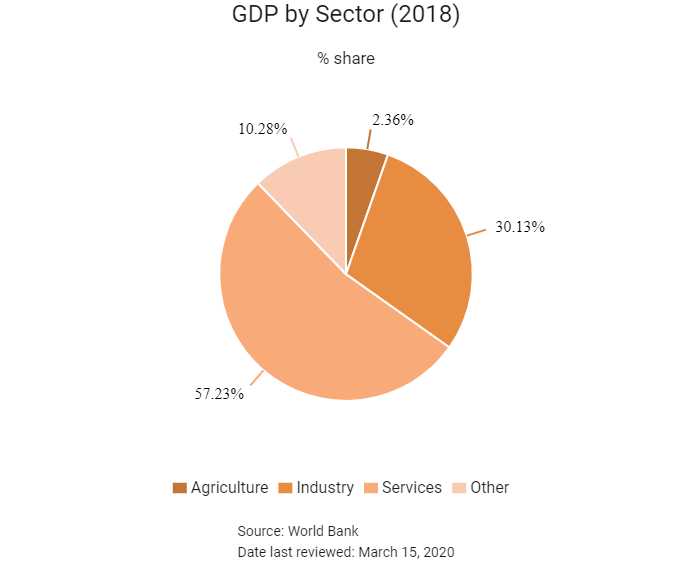 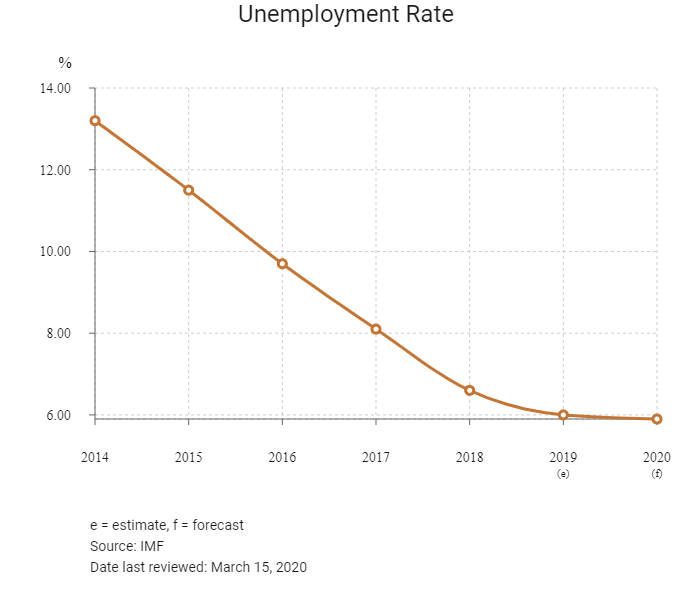 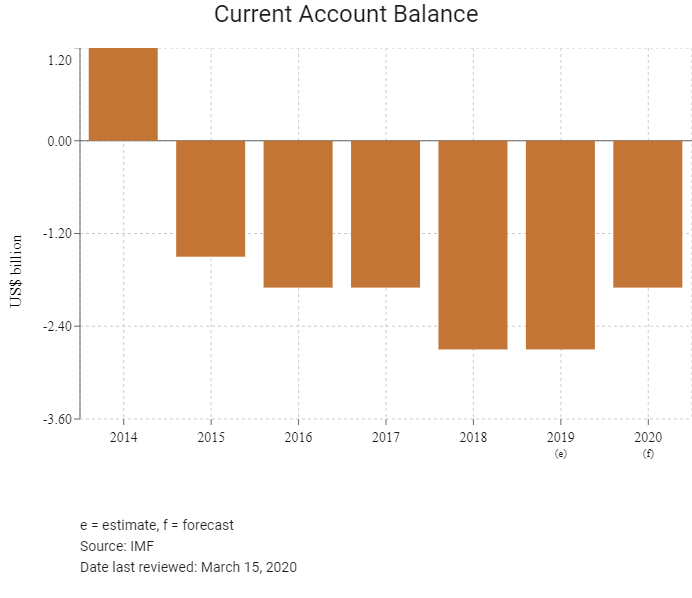 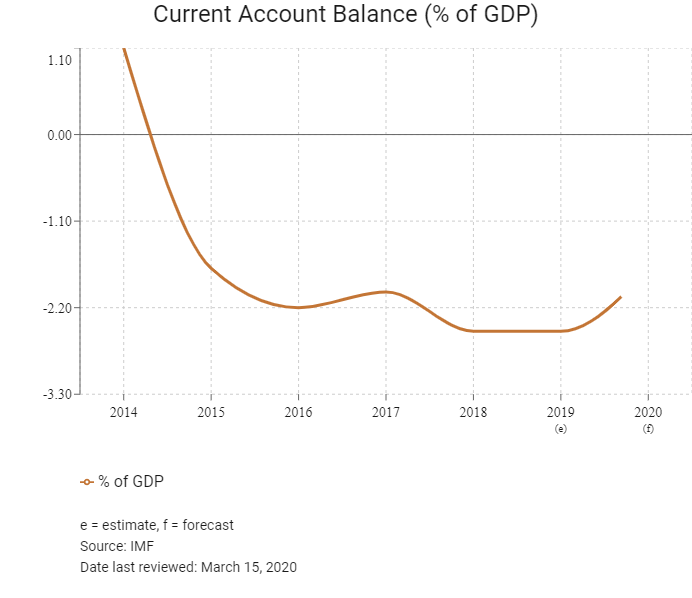 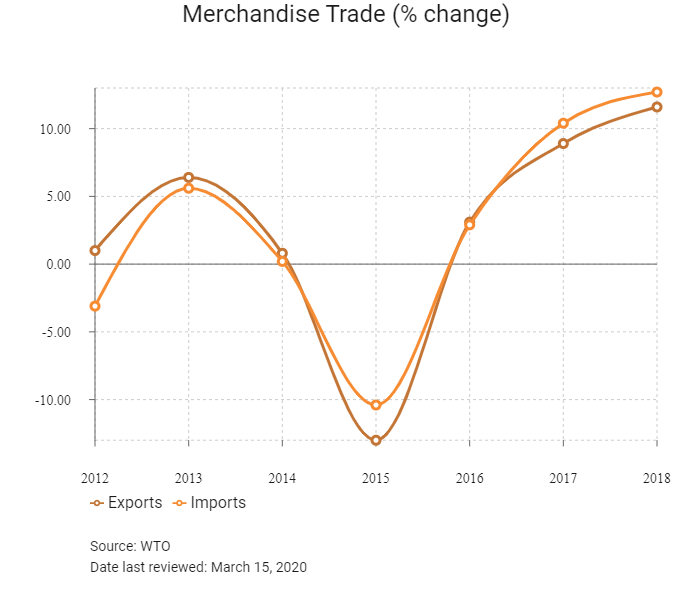 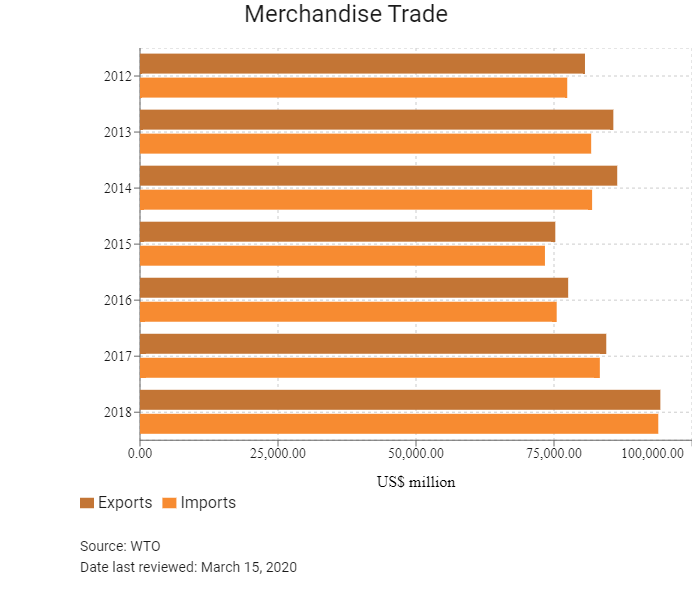 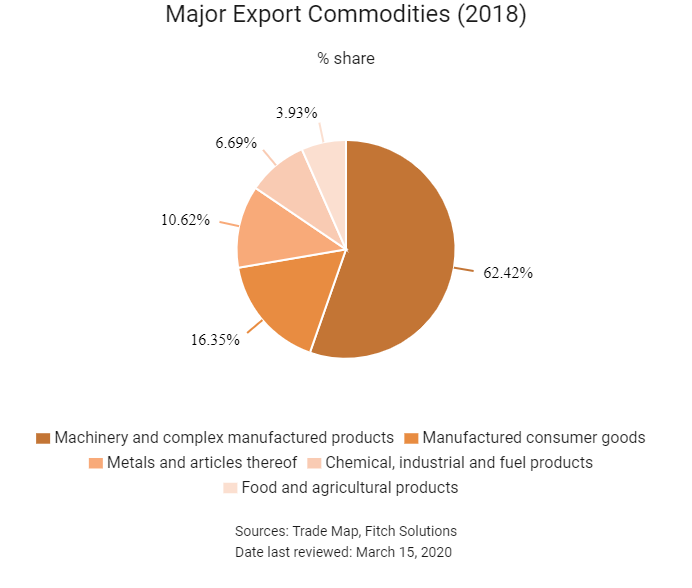 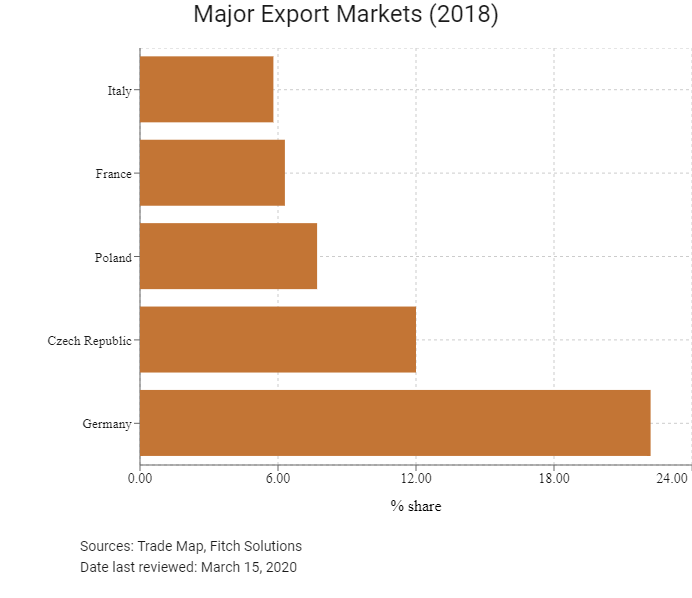 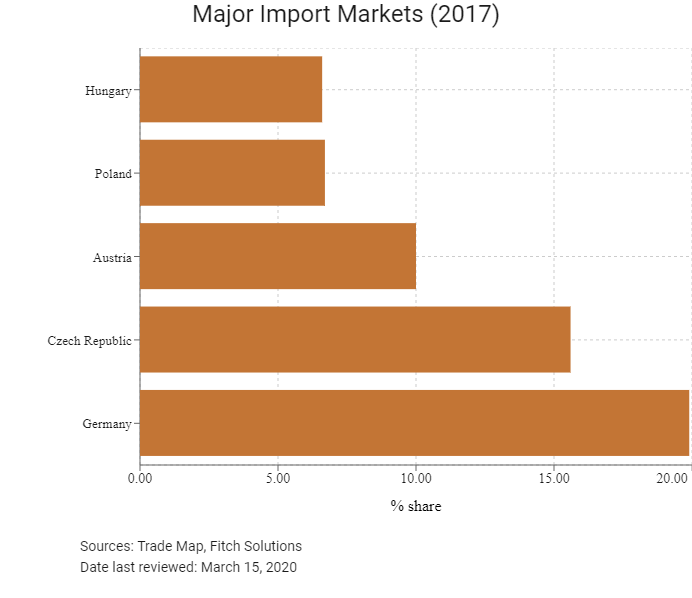 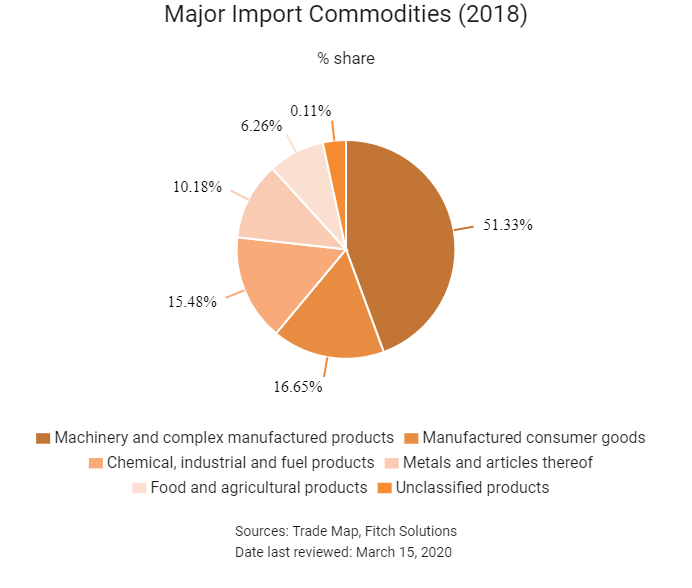 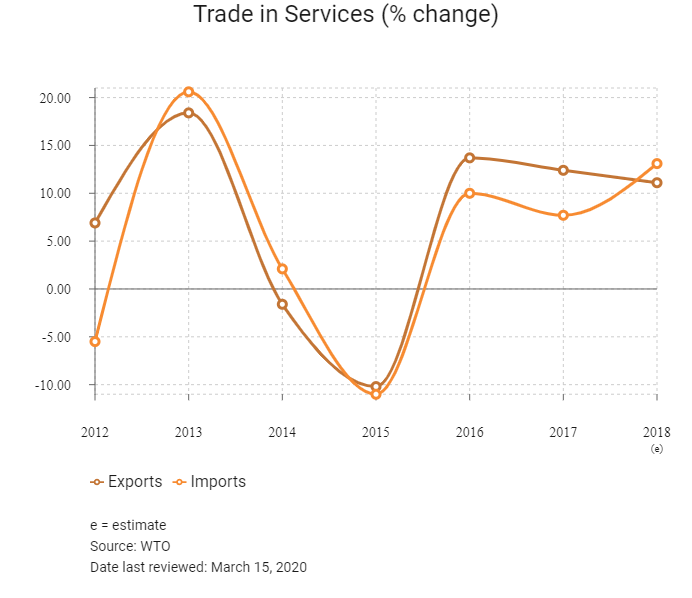 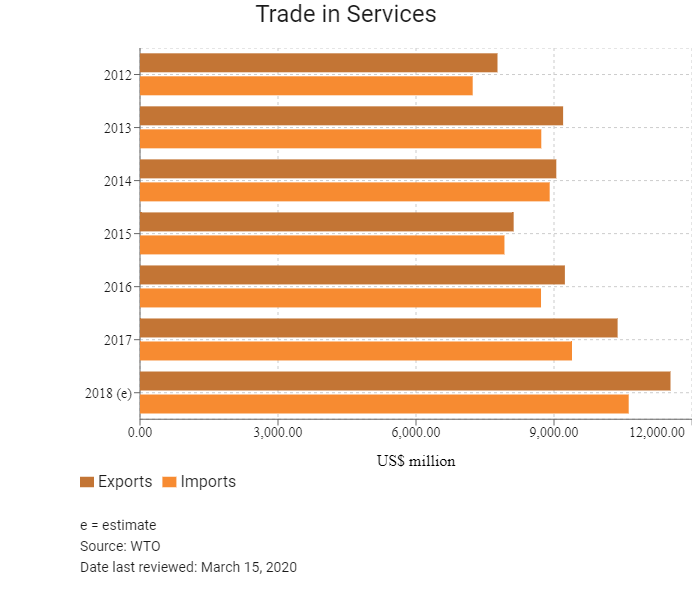 The Comprehensive Economic and Trade Agreement (CETA): The CETA is an agreement between the EU and Canada. CETA was signed in October 2016 and ratified by the Canadian House of Commons and EU Parliament in February 2017. However, the agreement has not been ratified by every European state and has only provisionally entered into force. CETA is expected to strengthen trade ties between the two regions, having come into effect in 2016. Some 98% of trade between Canada and the EU will be duty free under CETA. The agreement is expected to boost trade between partners by more than 20%; it also opens up government procurement. Canadian companies will be able to bid on opportunities at all levels of the EU government procurement market and vice versa. CETA means that Canadian provinces, territories and municipalities are opening their procurement to foreign entities for the first time, albeit with some limitations regarding energy utilities and public transport. 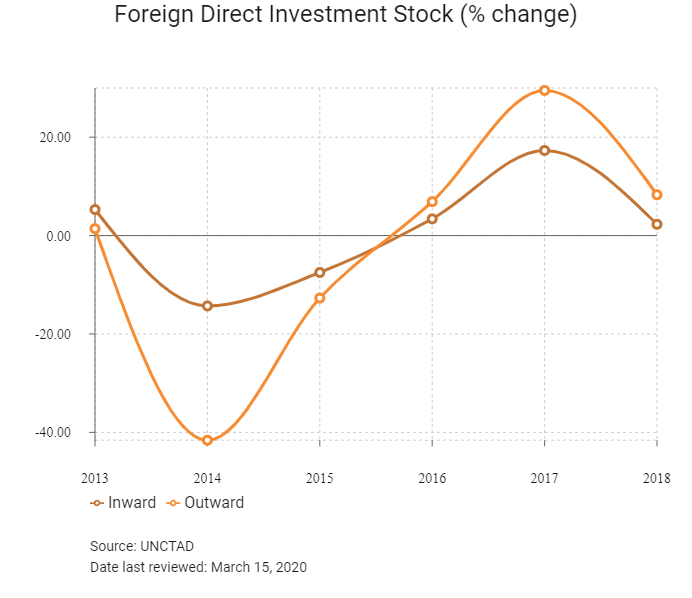 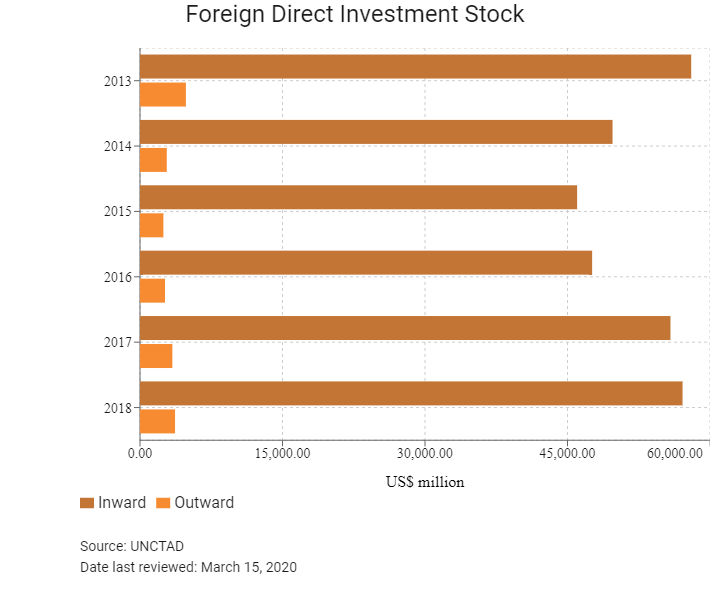 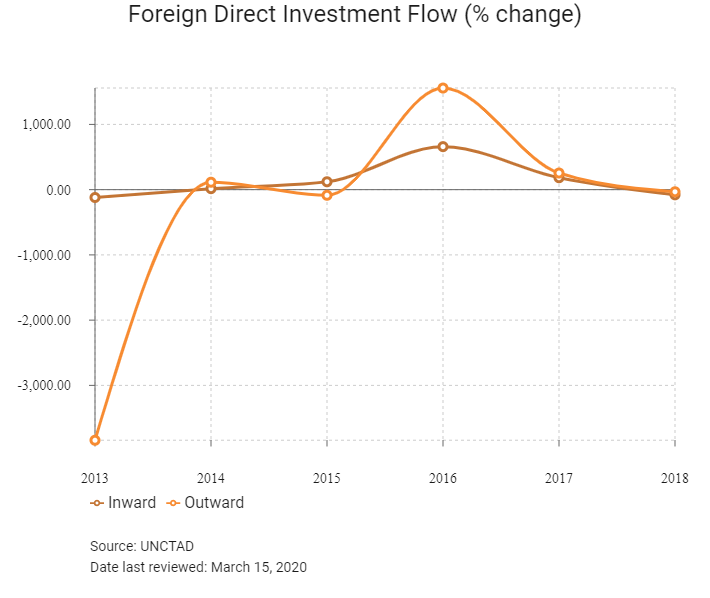 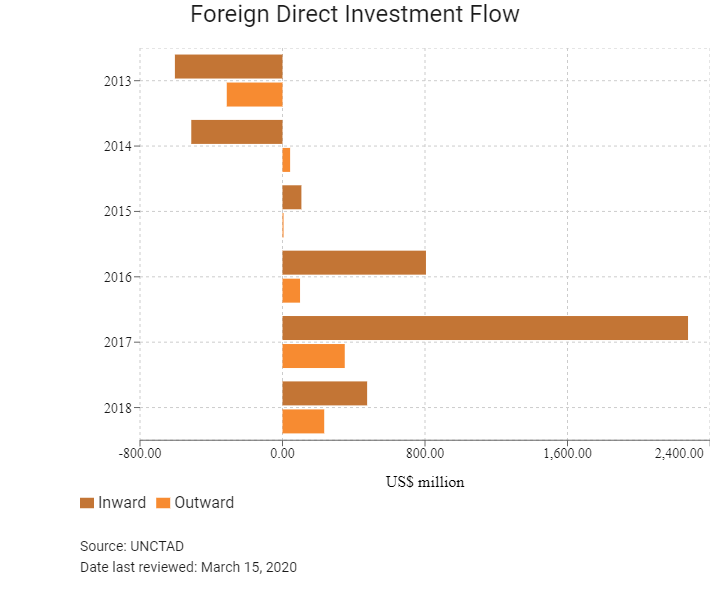 Source: Ministry of Finance for the Slovak Republick

There are few restrictions for visas and work permits, allowing businesses to import workers efficiently and at a low cost. Slovakia has visa-free arrangements with 141 countries, which is one of the highest in the region. EU citizens, EEA citizens, Swiss citizens (and members of their family) do not require a work permit to be employed in Slovakia, which is a major advantage for businesses operating in the country. Non-EU/EEA/Swiss citizens must get a work permit from the National Employment Agency and the permit must be requested by an employer for those with a specific skill or specialised knowledge. It is issued for one year and can be renewed for a further three years.

Membership of the EU means that Slovakia has minimal restrictions for foreigners. Slovakia is considering implementing a range of immigration-supporting economic policies; however, the country is struggling to attract significant levels of migrant workers, which is partly attributable to inadequate compensation levels compared with competing emerging Europe states.

ECONOMIC RISK
Slovakia's open economy remains broadly stable and has benefitted from access to the EU Customs Union. Although this has facilitated the country's export-led growth over the past six years, it will also pose challenges in the future. Eurozone growth is expected to remain below pre-crisis levels; however, domestic demand will remain robust, aided by a strong consumer outlook. Economic growth should remain broadly stable in 2020, despite the challenging external backdrop. Strong household spending, underpinned by a tight labour market, should support the economy, while investment growth is seen picking up amid increased EU funds inflows and growing car production capacity. However, Brexit and prolonged weakness in Germany pose risks to the outlook.

OPERATIONAL RISK
Slovakia has an attractive investment profile supported by its welcoming attitude to foreign direct investment, few restrictions on foreign ownership and openness to trade. The country boasts an extensive road network which forms part of several major trans-European corridors and offers good connectivity to its major trading partners and regional peers. This is boosted by the fact that Slovakia's key trading partners (Czech Republic, Germany, Hungary and Austria) are also members of the EU, which is highly beneficial to the country's ​​export-orientated manufacturing sector as businesses face minimal trade barriers. Slovakia gives businesses easy access to credit via a well-developed banking sector, boasts a good quality power infrastructure network, and carries a low security risk. This reduces the need for costly security expenditure to protect foreign employees and company premises. The country's competitiveness is somewhat undermined by rising labour costs and higher levels of corruption compared with its peers in the EU. 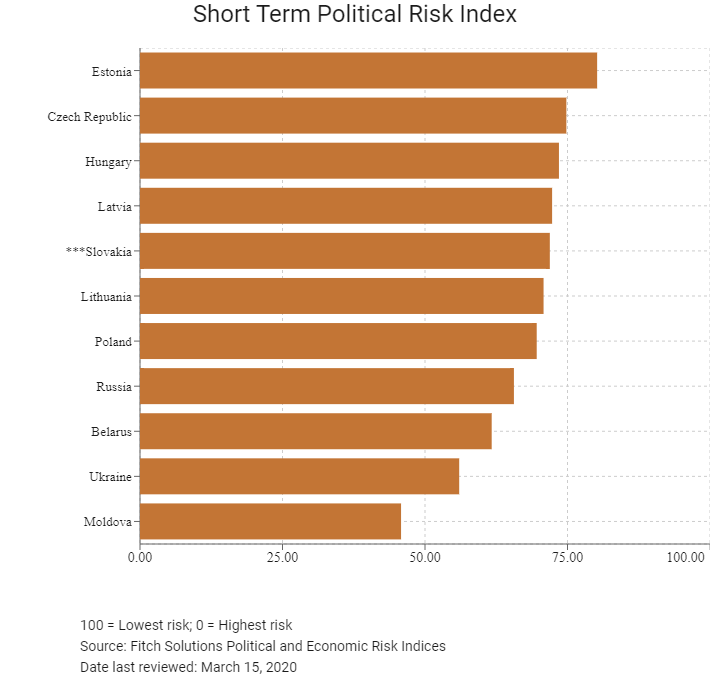 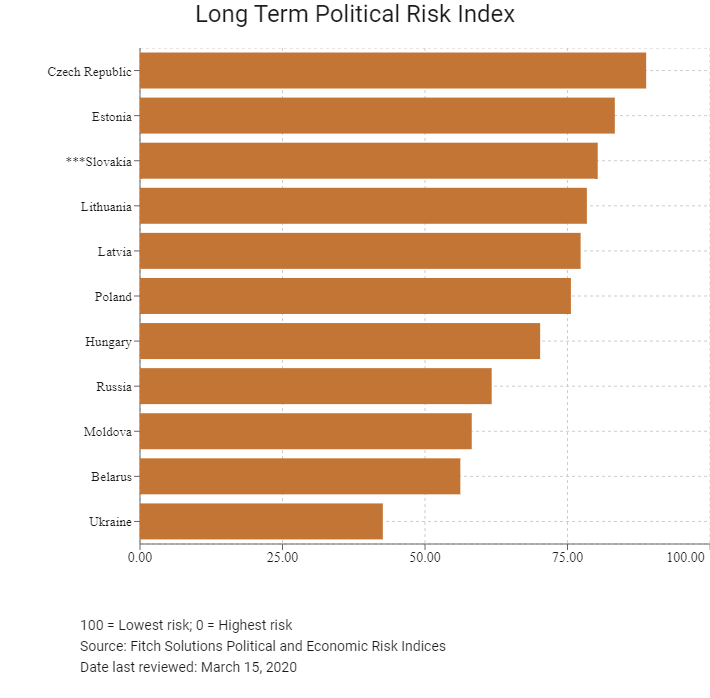 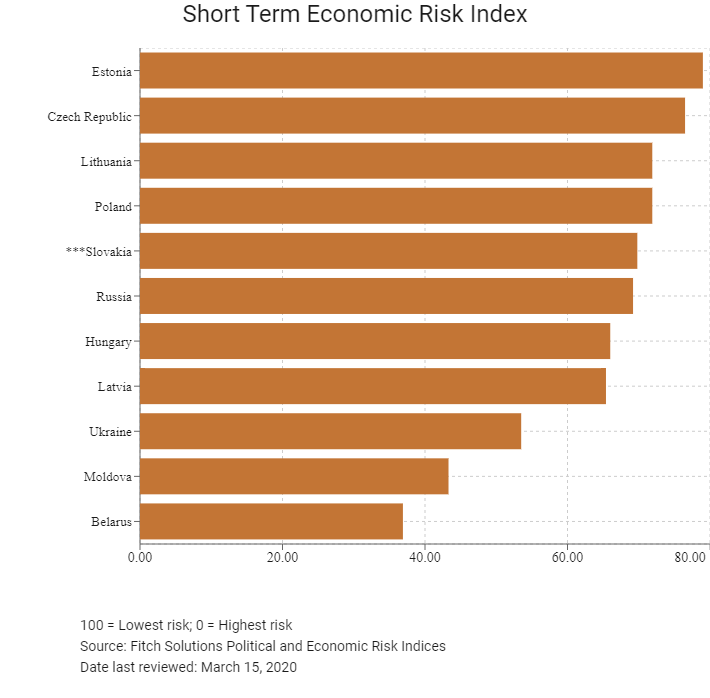 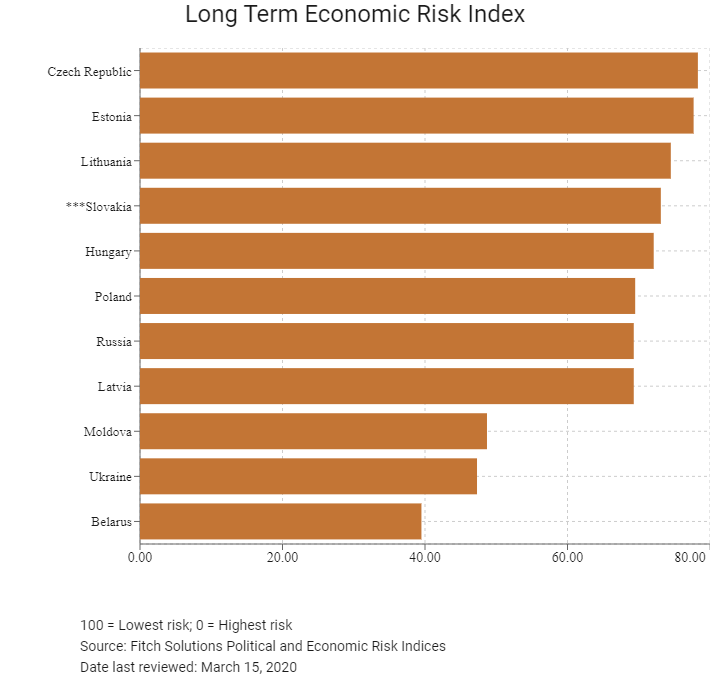 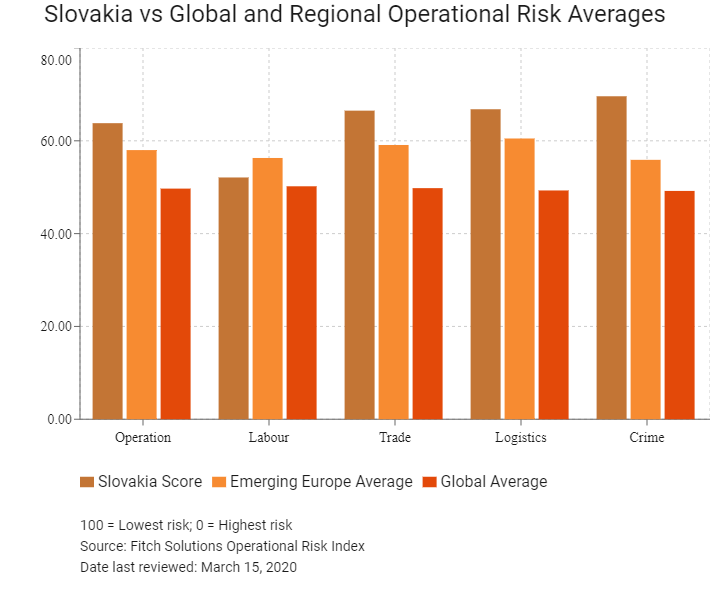 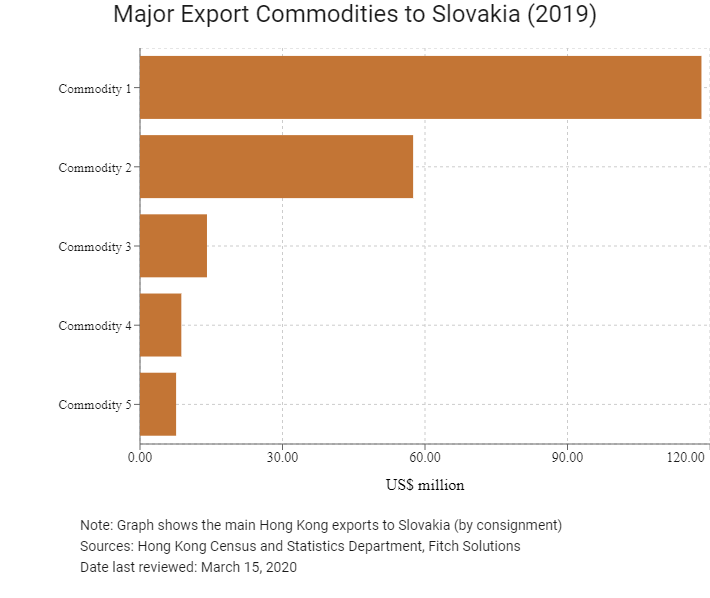 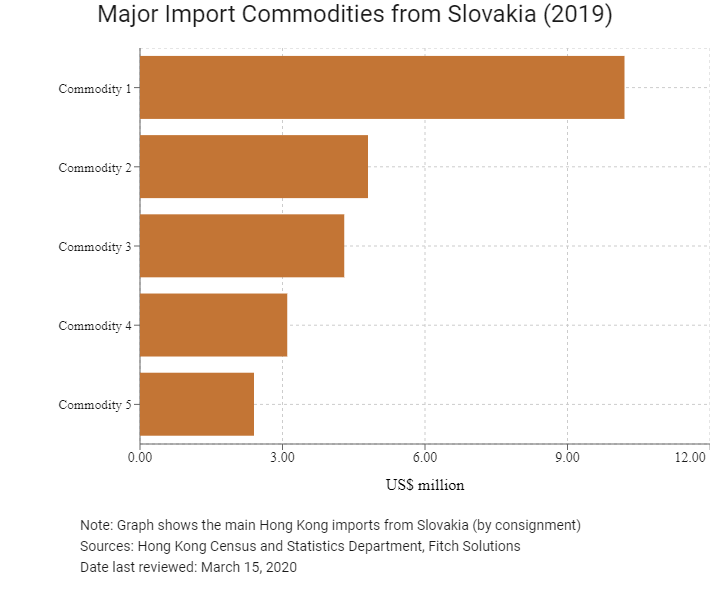 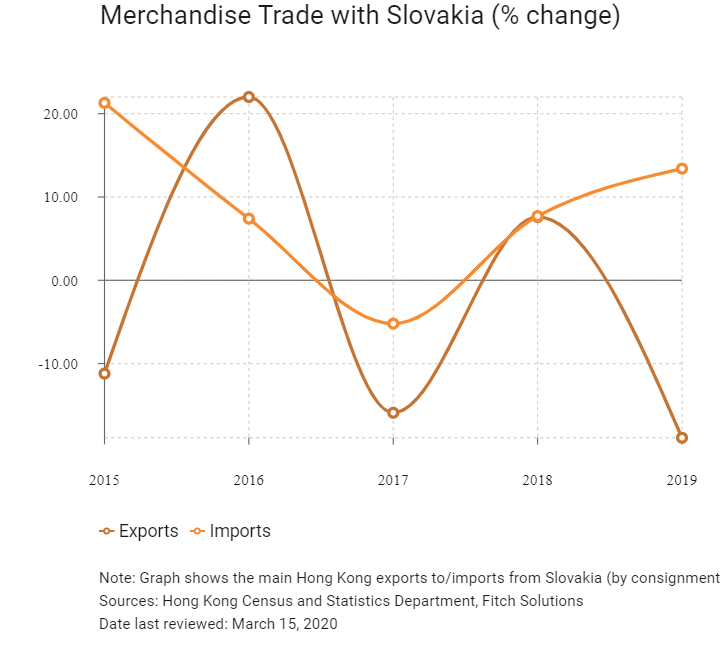 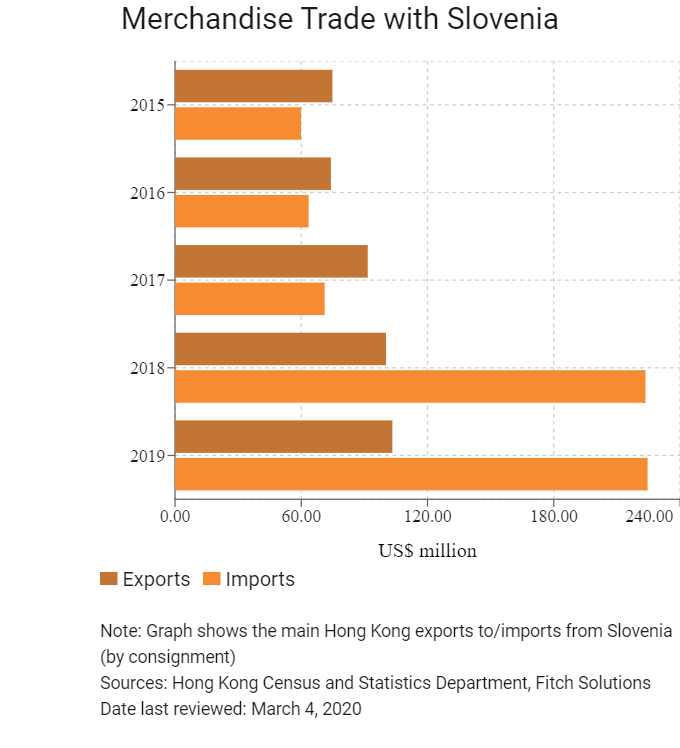 Treaties and agreements between Hong Kong and Slovakia

HKSAR passport holders do not require a visa if the maximum duration of stay is less than 90 days in any 180-day period.