Portugal is a founding member of the North Atlantic Treaty Organization (NATO) and entered the European Community (now the European Union, or EU) in 1986. Since entering the union, Portugal has become a diversified and increasingly service-based economy. Portugal supports international efforts to promote human and economic development, reduce poverty and boost shared prosperity around the world. Portugal has recovered from its post-financial crisis turbulence, allowing it to exit the EU's excessive deficit procedure in mid-2017. The incumbent centre-left minority Socialist government has unwound some unpopular austerity measures while managing to remain within most EU fiscal targets. Ongoing structural reform of the public sector will continue to provide positive dividends going forward.

Construction on the Tamega Hydroelectric Complex began. The hydropower plant was expected to contribute 2,320MW of electricity to the national grid and regional power pool. Construction was estimated to be completed in 2023.

Incumbent Prime Minister António Costa of the Socialist Party (PS) won the October 6 parliamentary elections in Portugal with more than 36% of the vote (106 seats), gaining 20 additional seats in parliament compared with the last election in 2015.

The 2020 State Budget was passed in parliament. The budget included a decrease in value-added tax (VAT) paid on electricity and an increase in public investment spending.

The government announced a EUR9.2 billion stimulus package to support the economy amid the Covid-19 pandemic. 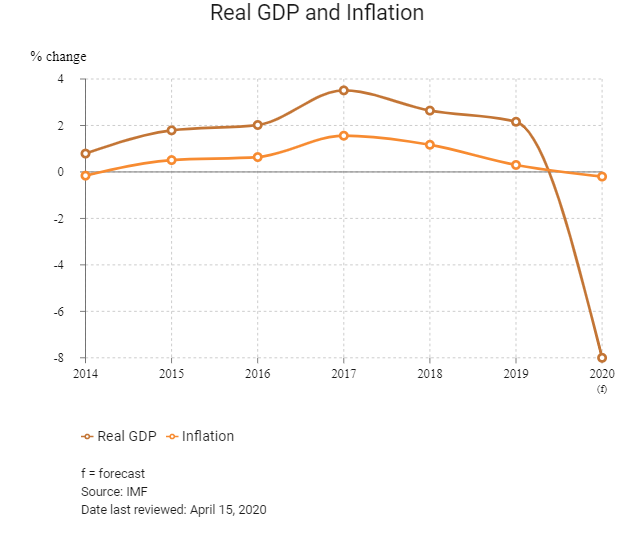 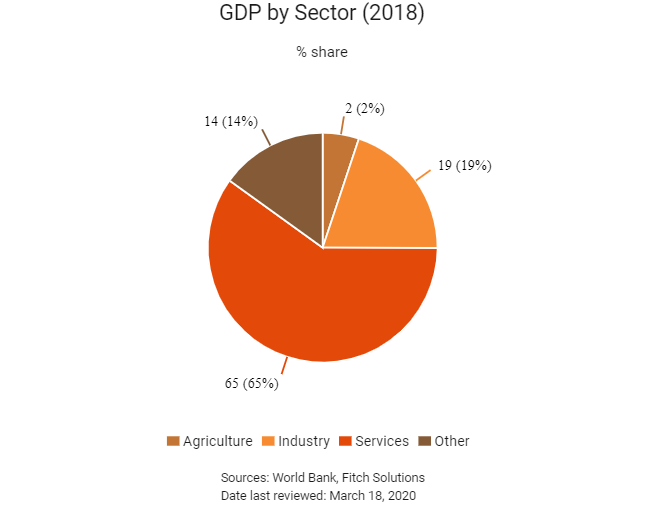 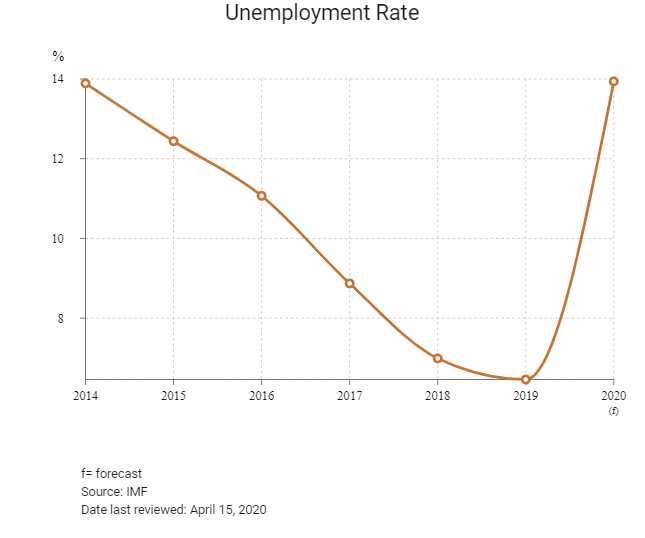 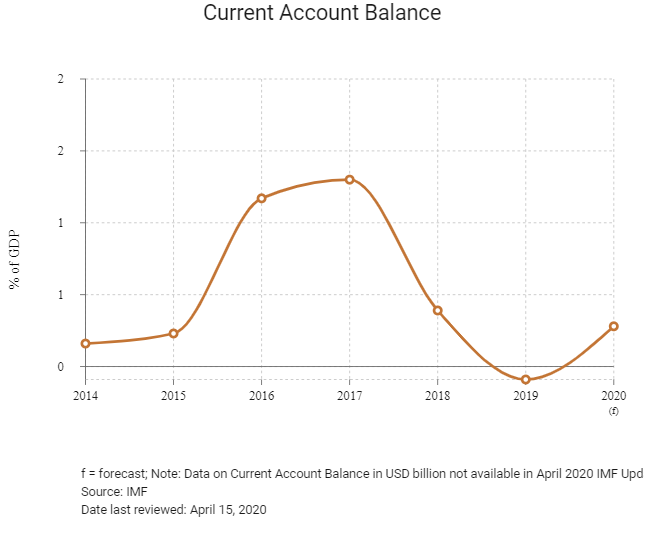 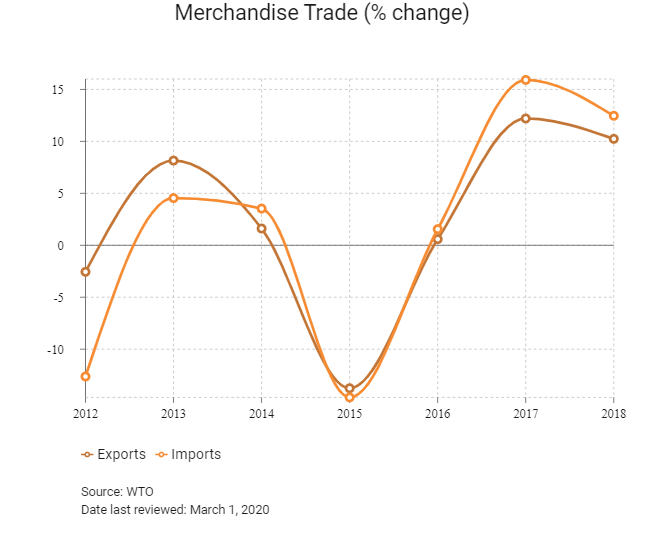 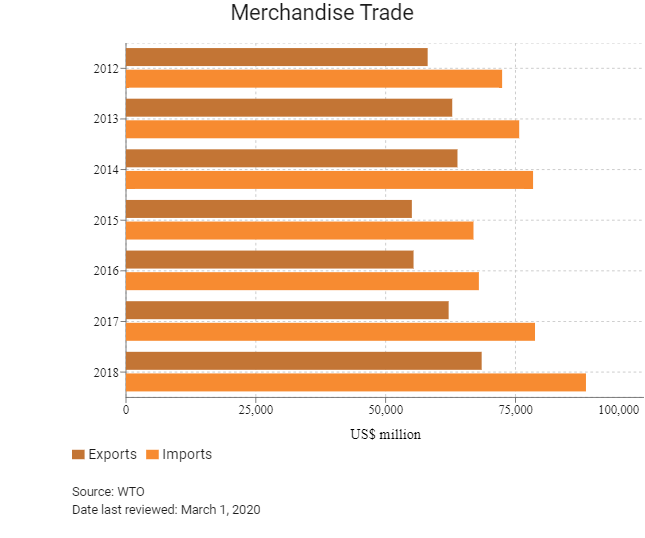 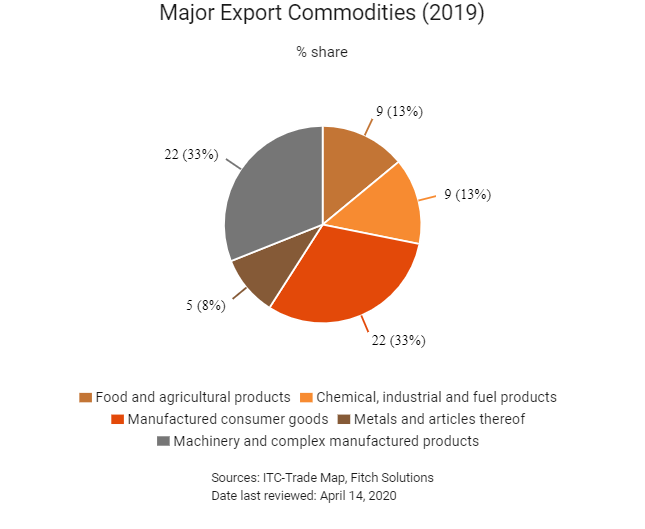 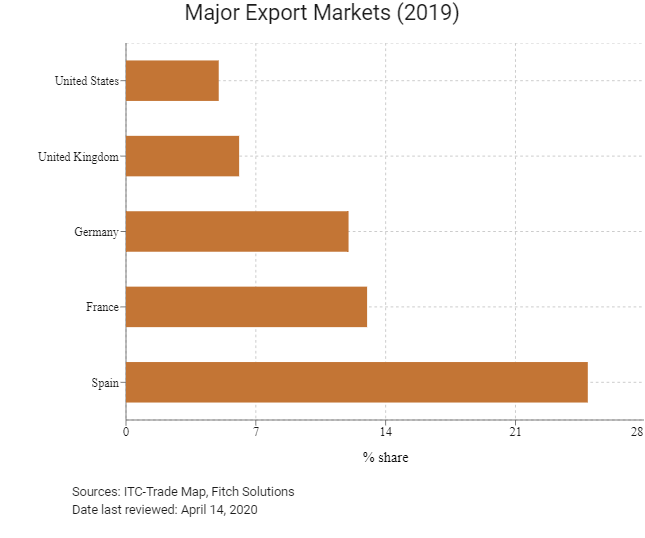 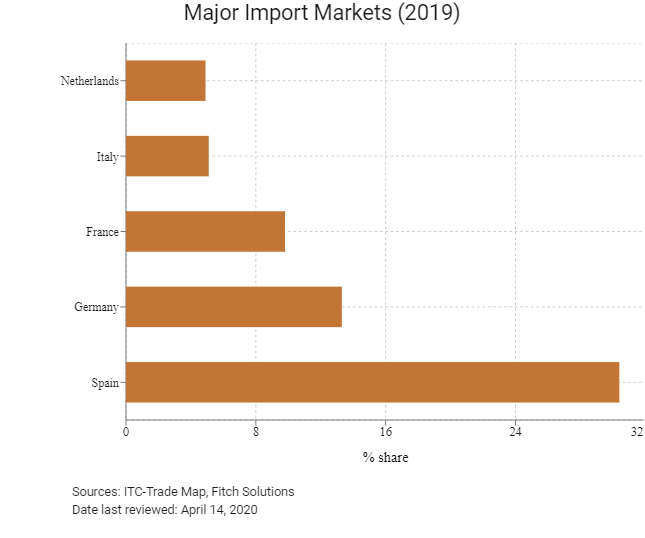 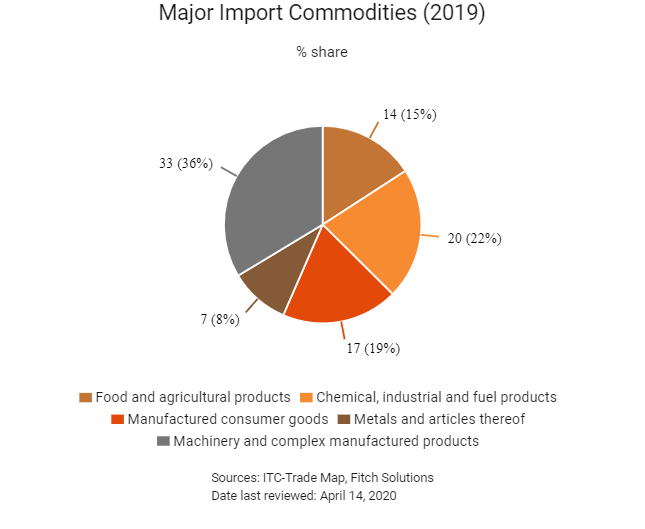 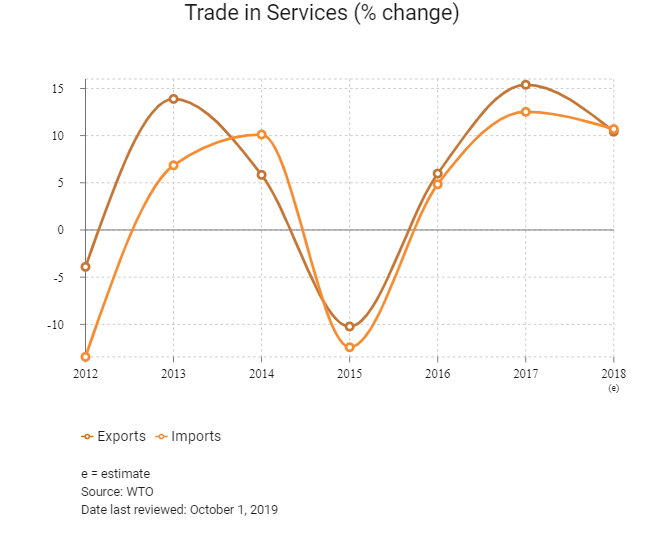 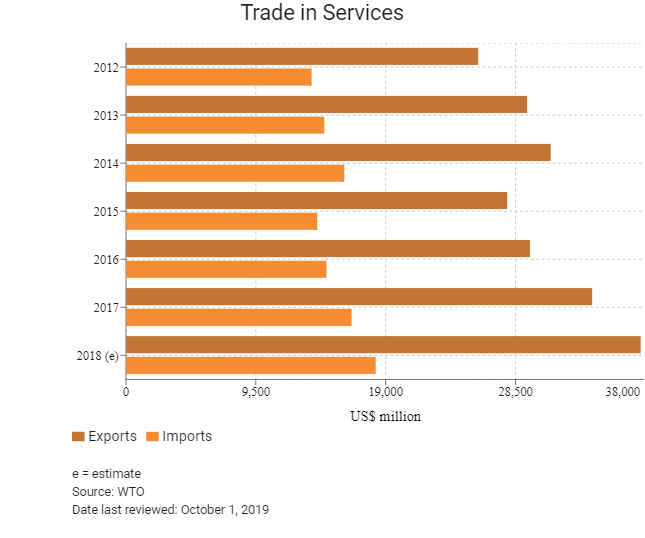 The Comprehensive Economic and Trade Agreement (CETA): The CETA is an agreement between the EU and Canada. CETA was signed in October 2016 and ratified by the Canadian House of Commons and EU Parliament in February 2017. However, the agreement has not been ratified by every European state and has only provisionally entered into force. CETA is expected to strengthen trade ties between the two regions, having come into eﬀect in 2016. Some 98% of trade between Canada and the EU will be duty free under CETA. The agreement is expected to boost trade between partners by more than 20%. CETA also opens up government procurement. Canadian companies will be able to bid on opportunities at all levels of the EU government procurement market and vice versa. CETA means that Canadian provinces, territories and municipalities are opening their procurement to foreign entities for the first time, albeit with some limitations regarding energy utilities and public transport. 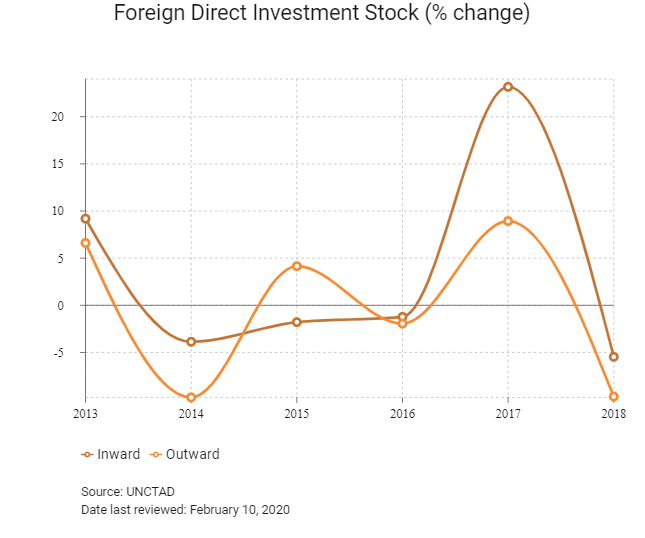 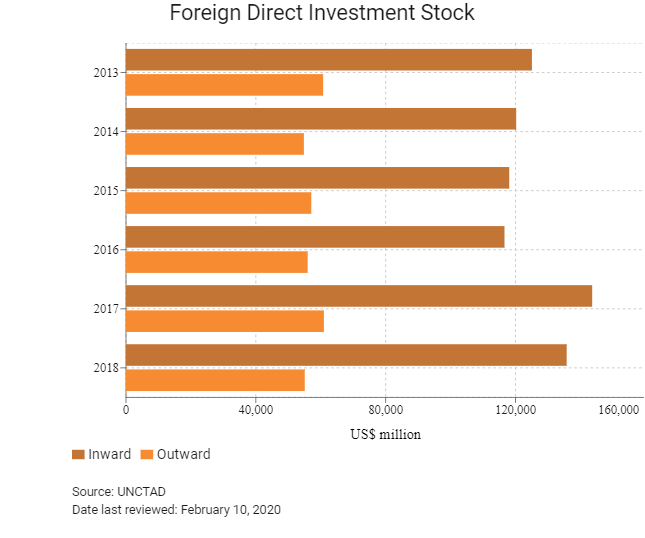 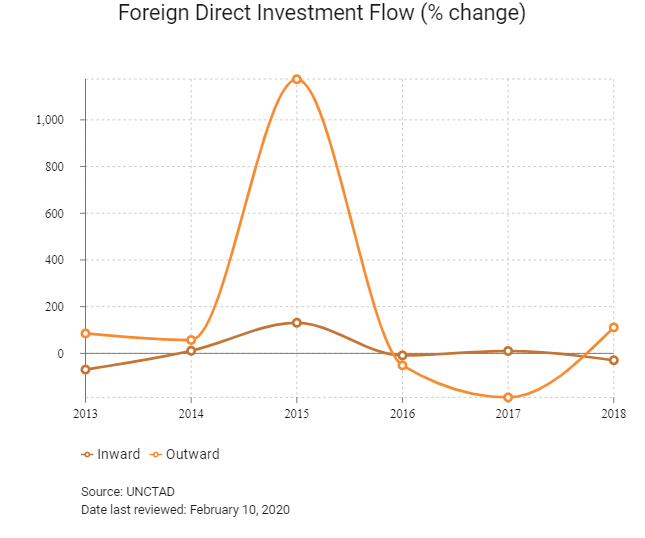 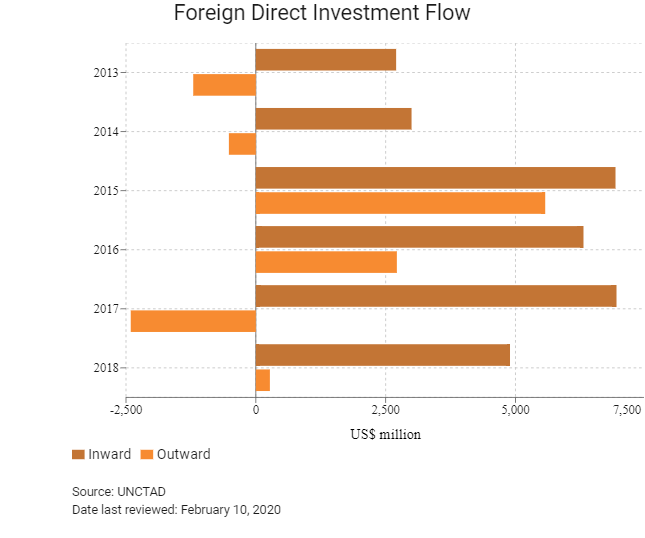 Individuals from non-EU countries require residence and work permits. The procedure to be granted a work permit includes a review of the local job market to ensure that there is no Portuguese or EU job seeker available to fulfil the position. Employers must first apply for a permit to hire foreign workers. The vacant position must be reported to the local district Labour Office and cannot be changed at a later stage to fit the profile of a potential employee. The candidate must then apply for a work permit. The government issues the permit for a maximum of two years, which can be repeatedly prolonged, but always for a maximum of two years, and may be renewed as many times as needed. The permit process takes an average of one month.

Intended for the stay of a highly qualified employee. A foreigner holding a blue card may reside in the country and work in the job for which the blue card was issued, or change that job under the conditions defined. High qualification means a duly completed university education or higher professional education that has lasted for at least three years. The blue card is issued with the term of validity three months longer than the term for which the employment contract has been concluded, but for the maximum period of two years. The blue card can be extended. One of the conditions for issuing the blue card is a wage criterion – the employment contract must contain gross monthly or yearly wage at least at the rate of 1.5 multiple of the gross average annual wage.

Portugal's shift towards an investment and export-oriented growth model will depend crucially on its ability to keep the reform momentum going. The minority government led by Socialist Party leader Prime Minister Antonio Costa has proven to be a sound fiscal steward, bringing the budget deficit to within European Union limits quicker than expected. Growth headwinds in 2020 stem from a slowdown in global growth amid the coronavirus pandemic. In addition, there remains a risk of a cliff edge Brexit when the UK's European Union (EU) transition period expires in December 2020. Furthermore, some austerity measures are being reversed, and progress on privatisation has slowed, with the government remaining averse to sell state-owned enterprises. This will limit the prospects of more fiscal flexibility and would miss an opportunity to boost competitiveness of key industries.

Portugal's long-term demographic dynamics suggest that the country will see a decline in both the working-age and total population in the years ahead, as migration outflows, ageing local populations and declining fertility rates take their toll. As the population ages, health and pension spending is set to rise to 25-30% of GDP by 2027, compared with half that in 2000. The shift in demographic structure will also put increasing pressure on the working-age population to underwrite the country's large welfare state, potentially complicating fiscal consolidation efforts and austerity measures. Portugal has lost – not gained – ground on core European states in terms of productivity since joining the euro. While the last few years have seen a reversal due to structural reforms, it could take several more before Portugal becomes competitive. However, the country's historic trade and investment linkages with Angola and Brazil, among others, present an opportunity for Portugal to shift away from its trade interdependence on the eurozone, which is poised for sluggish growth in the coming years. 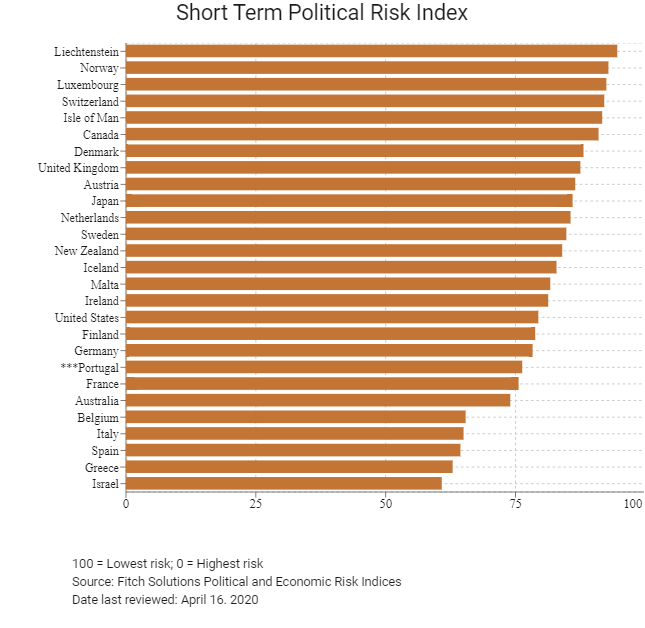 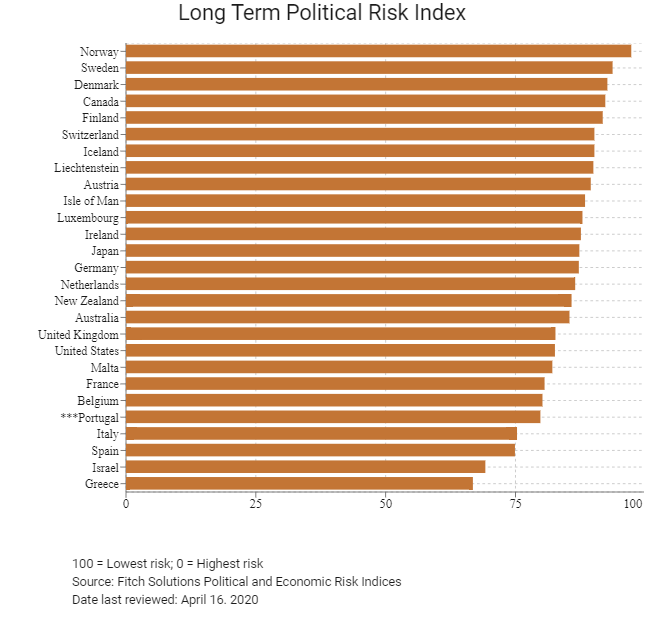 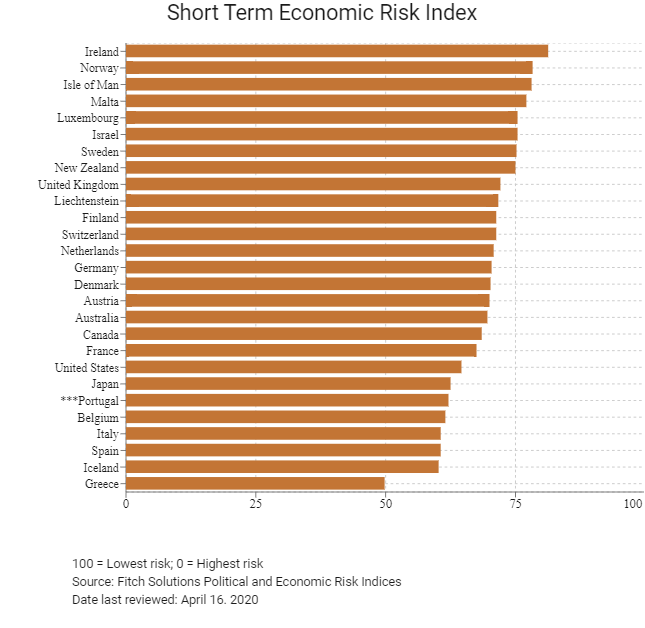 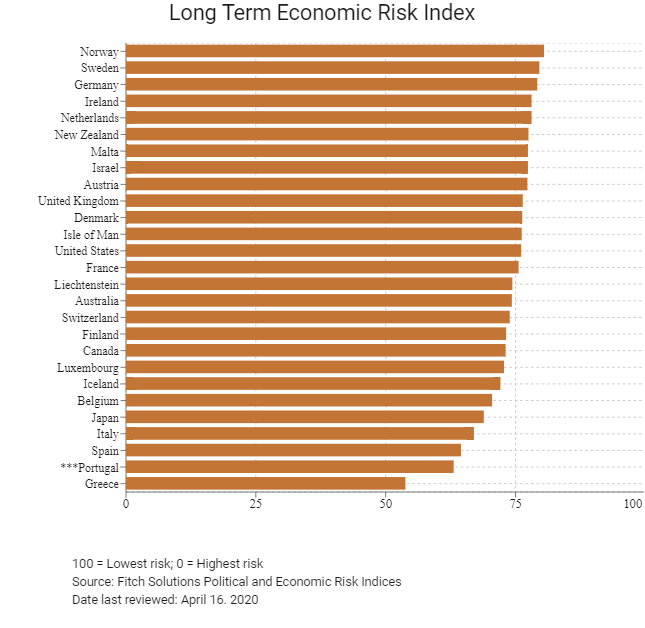 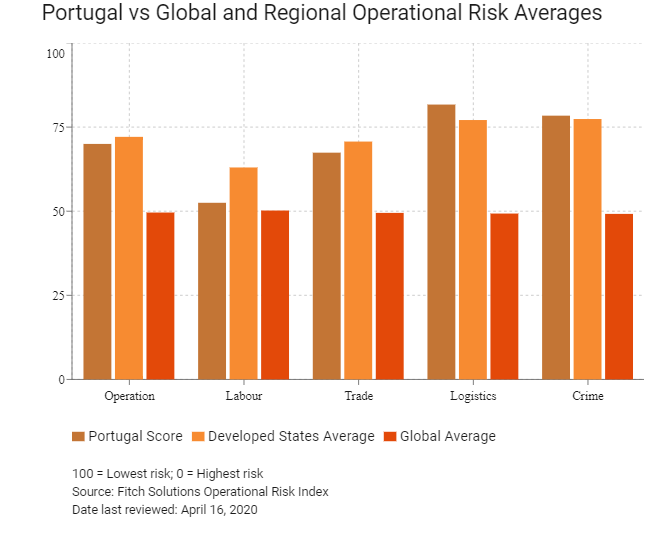 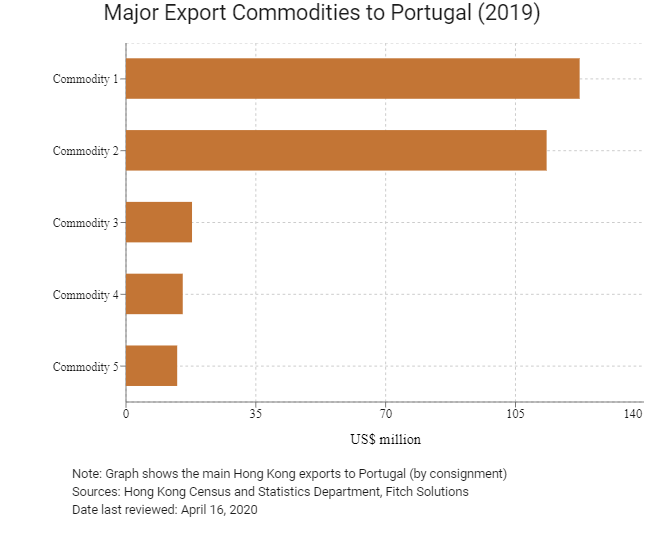 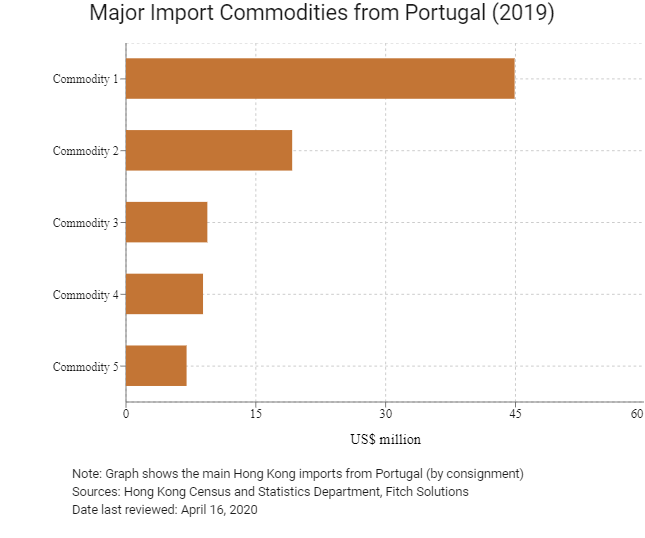 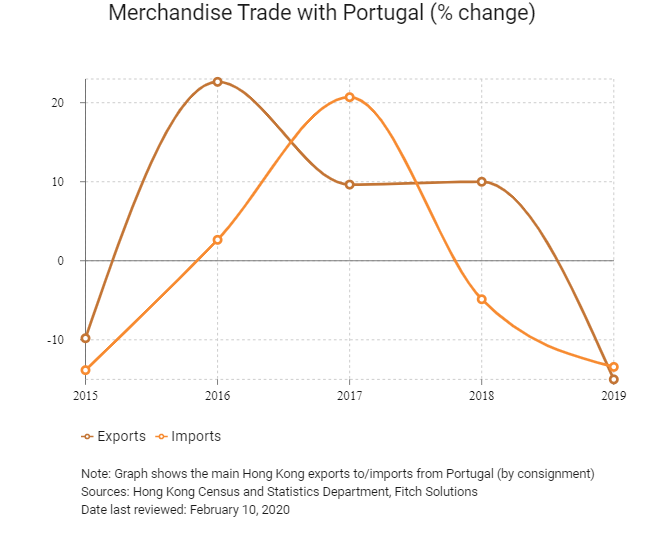 Treaties and Agreements between Hong Kong and Portugal

Hong Kong Residents can travel to the Schengen Zone without a visa. They can travel for tourism and business purposes, and remain in the region for a period of up to 90 days.