The Republic of North Macedonia is an upper-middle-income country that has made great strides in reforming its economy over the last decade. However, more efforts, including European Union (EU) accession and the implementation of structural reforms aimed at improving the business environment, are still needed to generate broad-based economic growth. Economic activity is expected to continue expanding, driven by consumption, rising exports and an improvement in investor confidence following greater political stability. On the downside, inter-ethnic dynamics, high unemployment and long-standing political risks remain.

May 2016
The June election was postponed.

September 2018
A referendum was held on September 30, 2018, with voters asked whether they support EU and North Atlantic Treaty Organisation (NATO) membership by accepting the agreement struck with Greece in June 2018. The referendum was later declared invalid due to low voter turnout.

February 2020
The government of North Macedonia was seeking a private partner to collaborate with state-run Elektrani na Severna Makedonija (ESM) on a 100MW solar photovoltaic project in the country. The public-private partnership scheme, which would cost around EUR80 million (USD87.2 million), involved construction of two 50MW solar parks in Oslomej. The private partner would provide all funds for the construction, while ESM would provide land as well as other associated services and expertise. During the 35-year agreement, the private investor would pay ESM an annual fee equal to 10% of the revenue from the project's output at market prices, after which the plants' ownership would be transferred to ESM. Interested firms could submit offers by May 8, 2020. 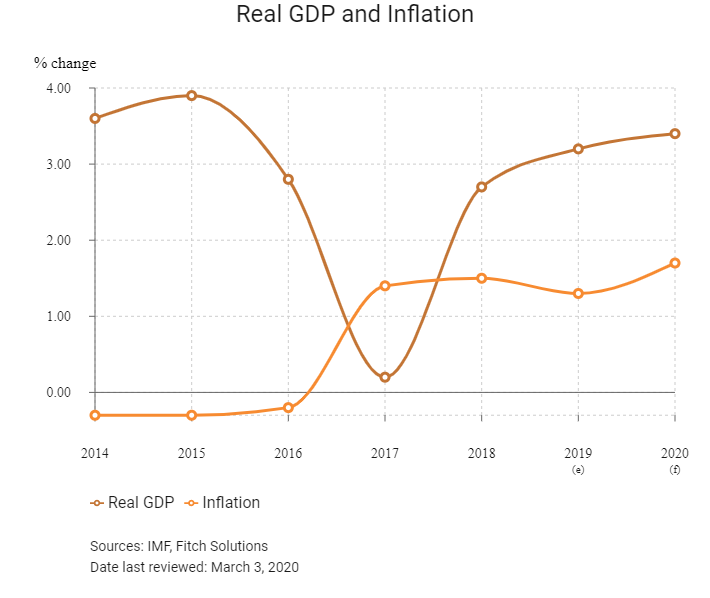 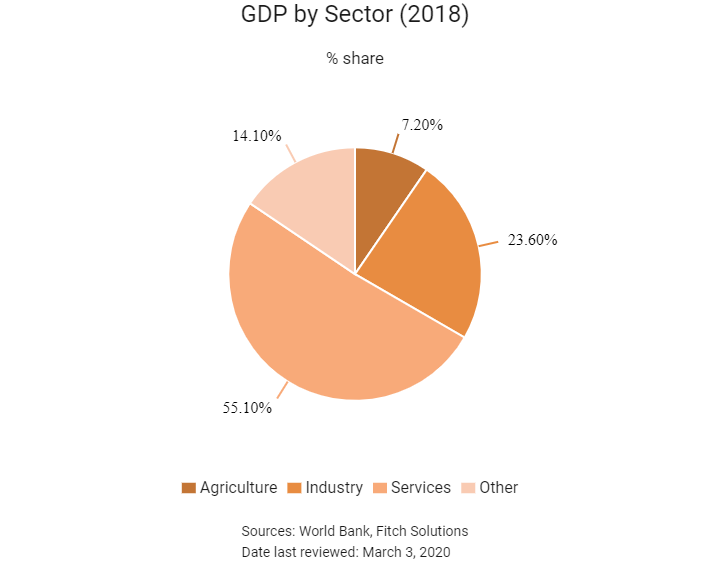 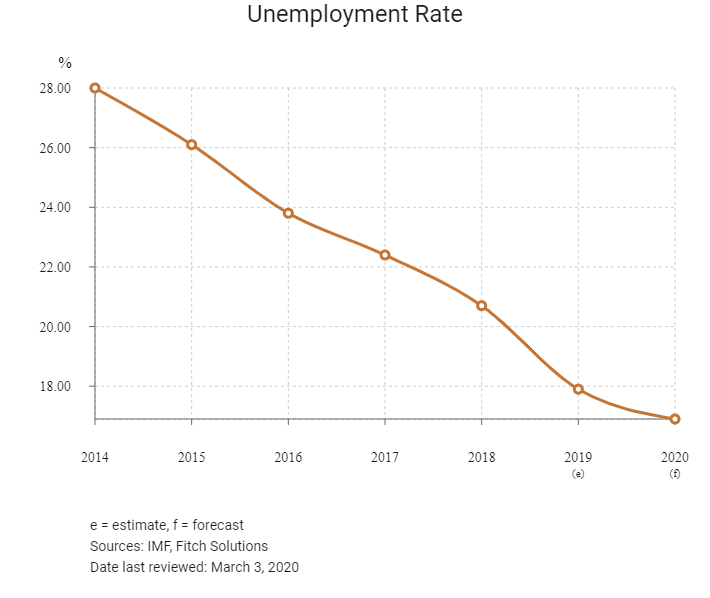 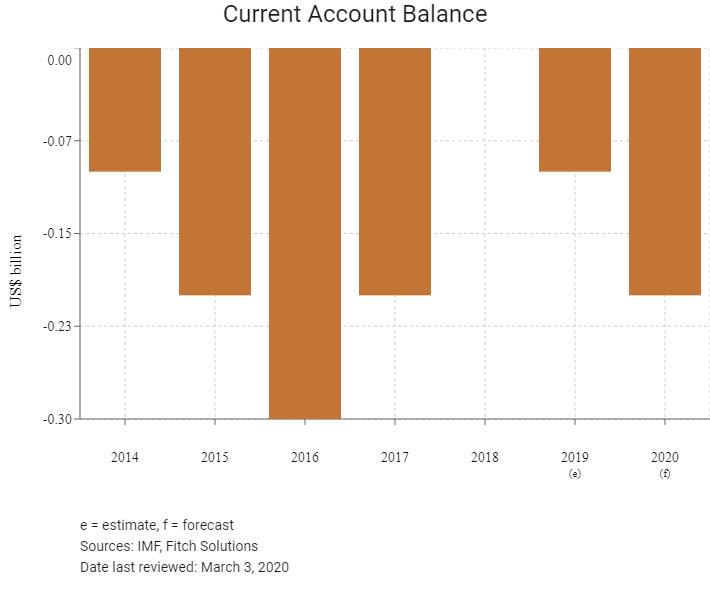 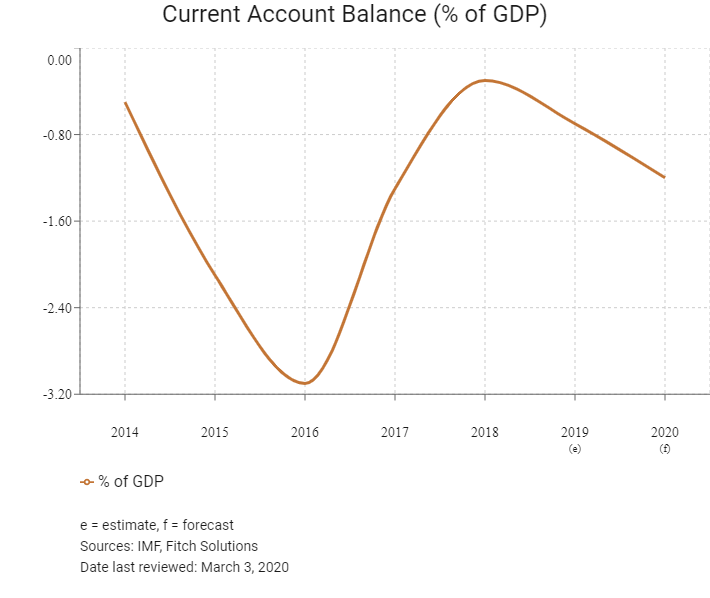 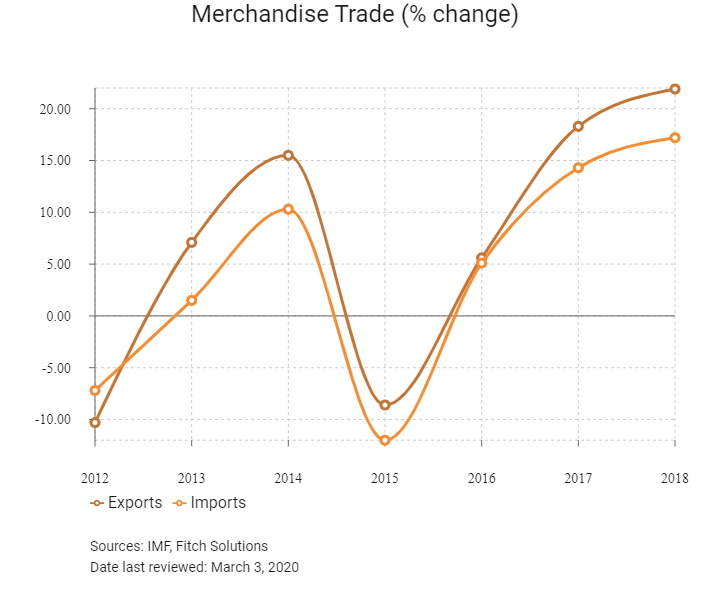 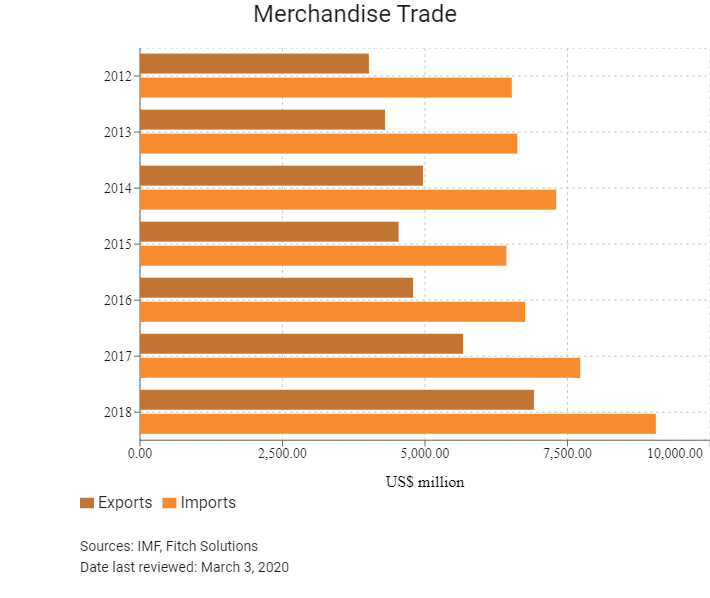 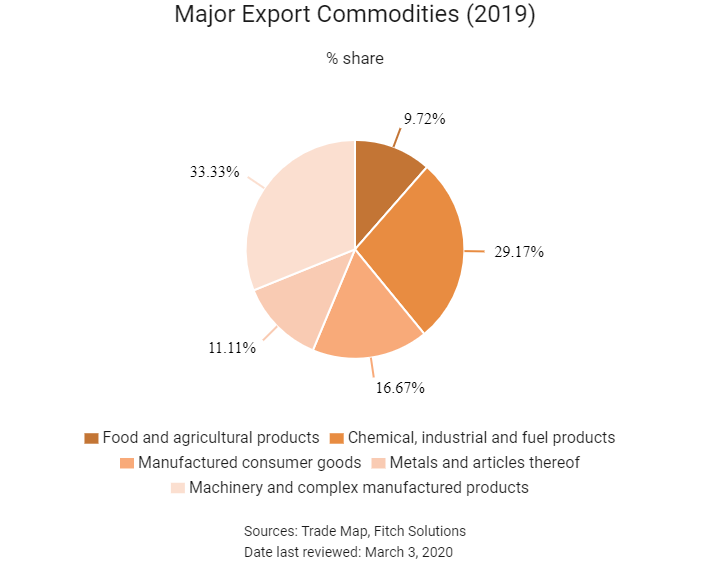 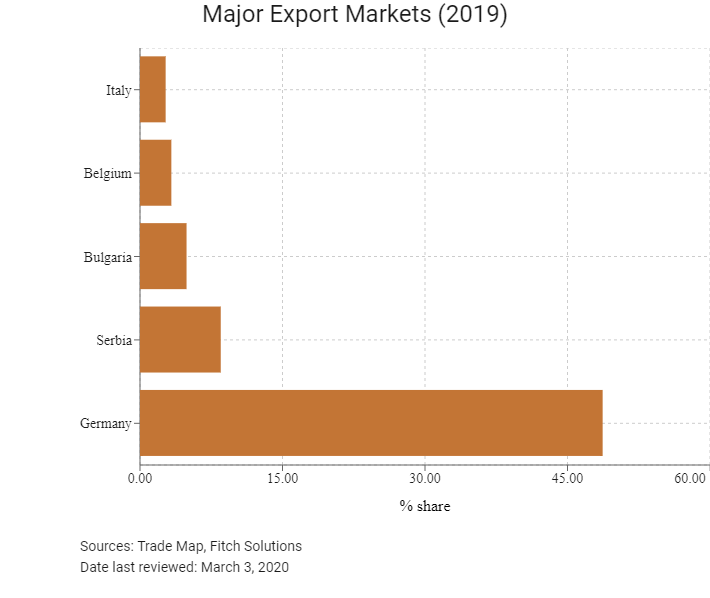 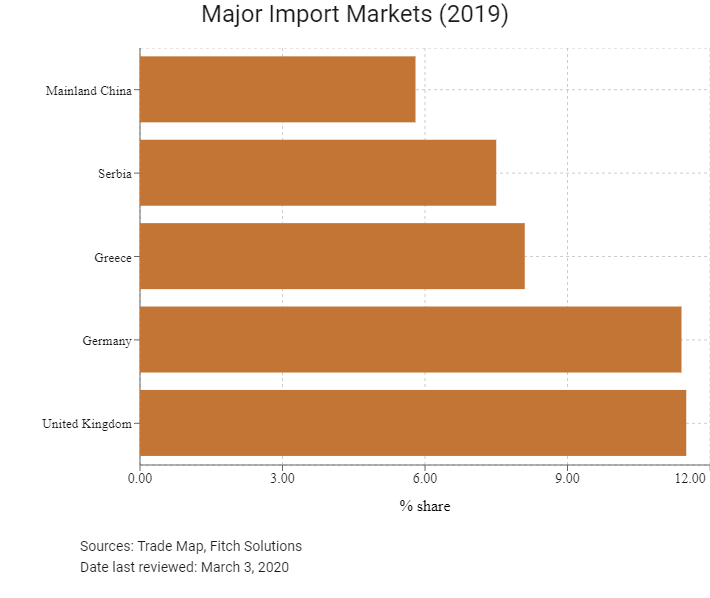 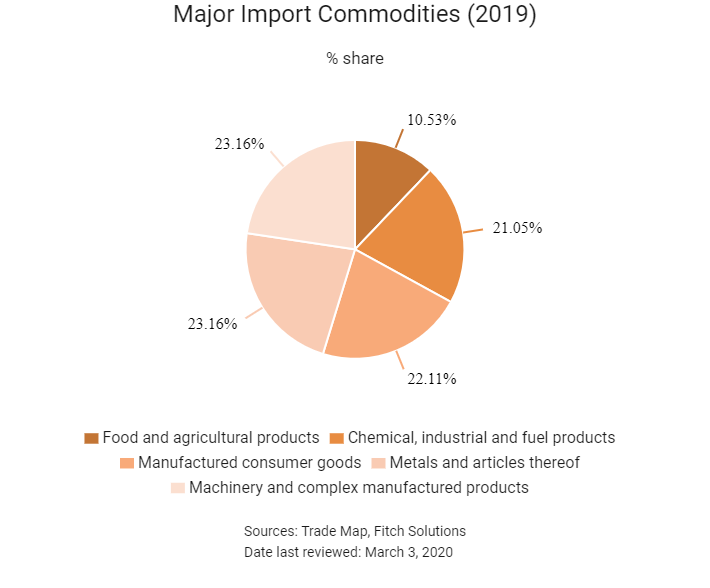 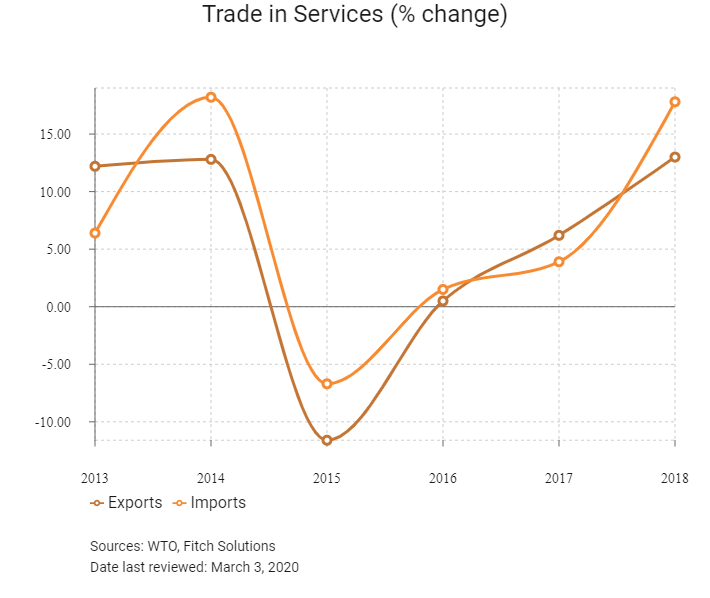 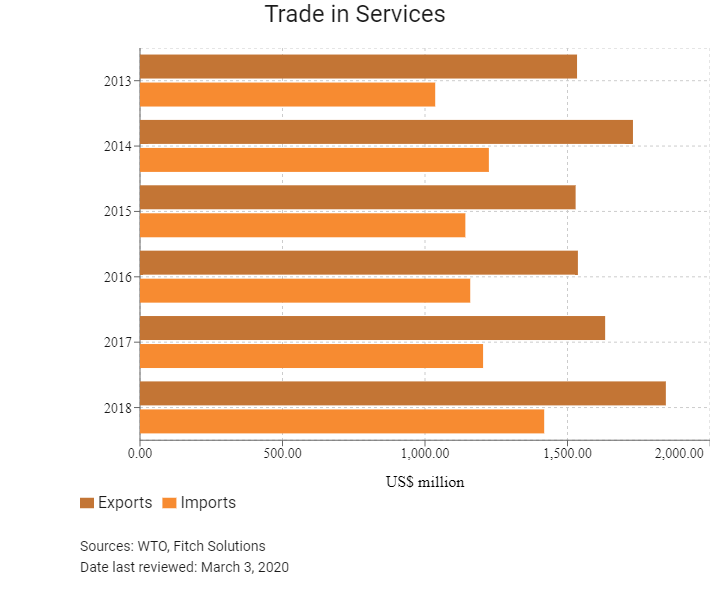 Trade and investment ties between North Macedonia and the EU will likely increase now that a diplomatic resolution with Greece has been reached, following the country's name change. 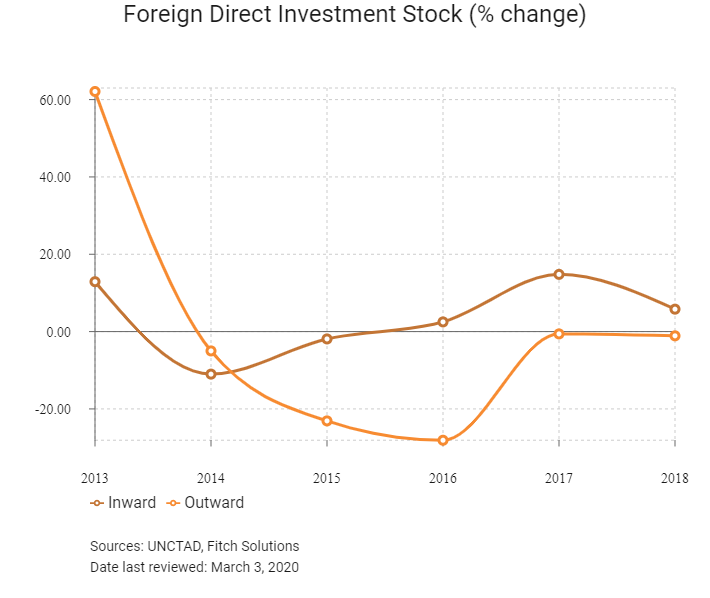 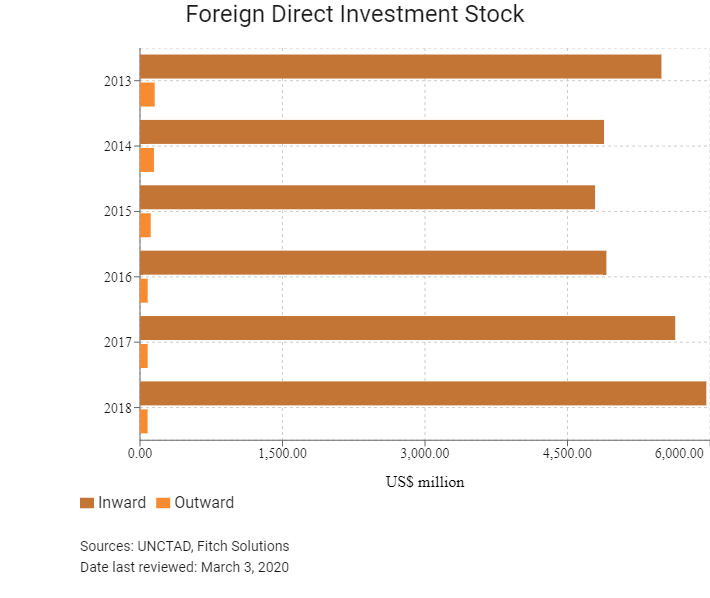 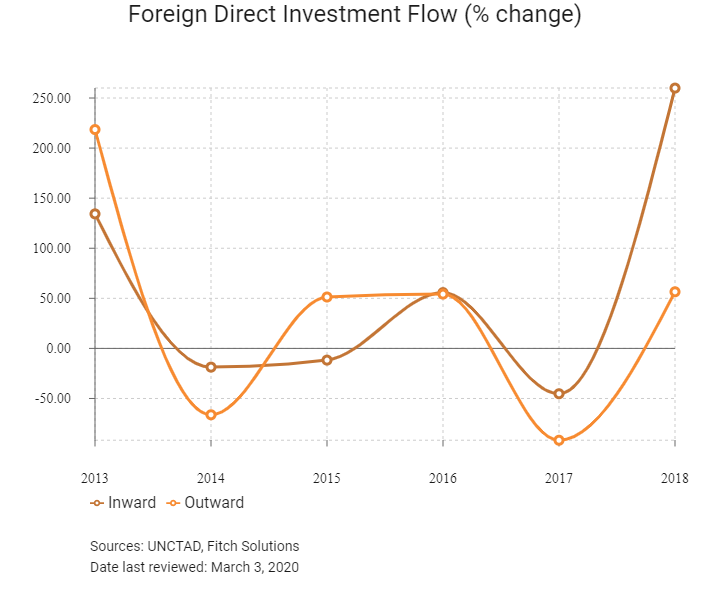 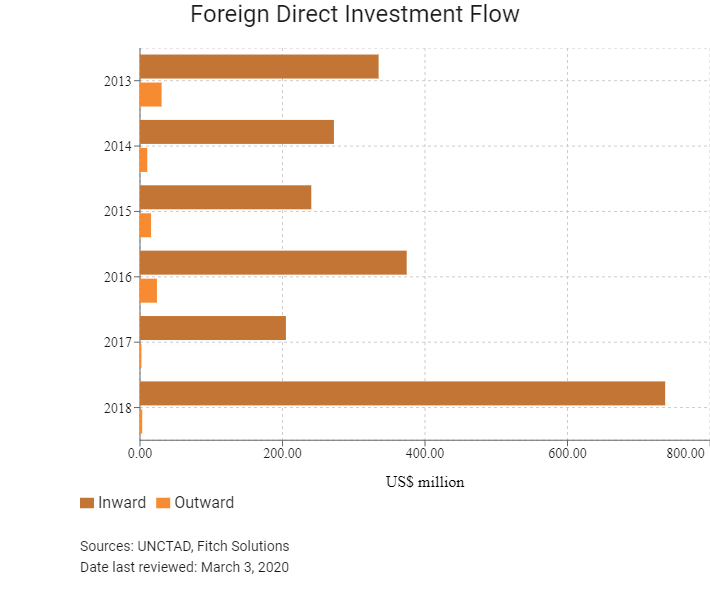 Employment of foreign citizens is regulated by the law on employment and work of foreigners. Labour laws apply to both domestic and foreign employees, where both are equally protected. There is no limitation on the number of employed foreign nationals or the duration of their stay. Work permits are necessary for foreign nationals, and a contract has to be signed upon employment.

A number of international businesses have reported that the processes of obtaining visas and work permits are challenging.

Foreign nationals from Canada, the United States, Europe, New Zealand, Japan and some parts of Latin America, Africa and Asia (including Hong Kong) do not require a visa for visits to North Macedonia of up to 90 days.

ECONOMIC RISK
High structural unemployment and widespread poverty weigh heavily on North Macedonia's economic risk, despite higher economic activity on account of a robust construction sector. The political environment and the risk of flare-ups of inter-ethnic tensions weigh significantly on investment confidence, and in 2017, gross fixed capital formation contracted by 4.5% y-o-y. Although the registered unemployment rate has dropped below 25% since Q113, it remains elevated, having been recorded at 17.8% in Q119. which weighs on the state’s growth potential.

OPERATIONAL RISK
As a landlocked nation, North Macedonia's sea transport relies mainly on ports in neighbouring countries – such as the Port of Thessaloniki in Greece and the Port of Durrës in Albania – through road and rail links. However, with direct flights to many major cities, North Macedonia is well connected to the rest of Europe, the Americas and Asia, via its two airports in Skopje and Ohrid. North Macedonia has a well-established automotive industry, supplying to Western Europe, Russia, Turkey and Africa. It also has a well-established pharmaceuticals industry, supplying primarily finished generic products to more than 30 countries in the region and beyond. These sectors, together with the agribusiness and food processing, information and communications technology, textiles and clothing and electronics industries, are therefore also key sectors for foreign investment. 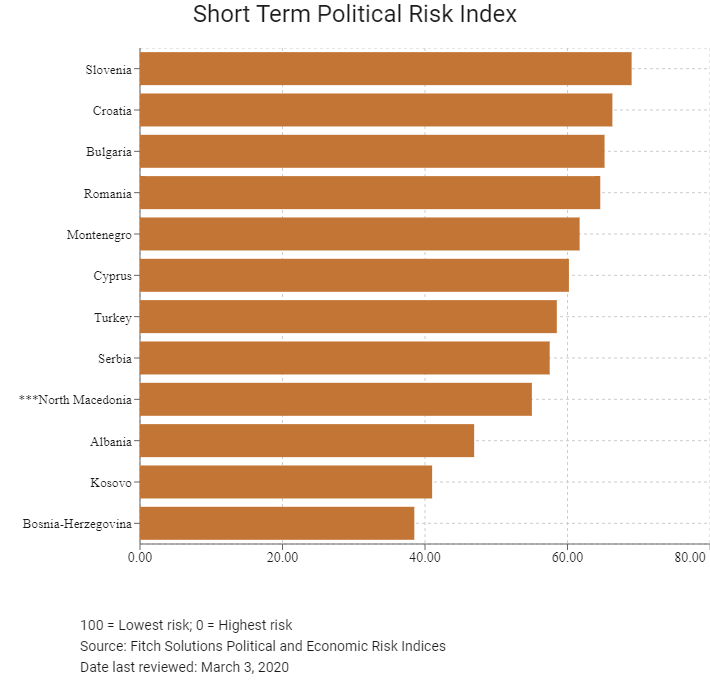 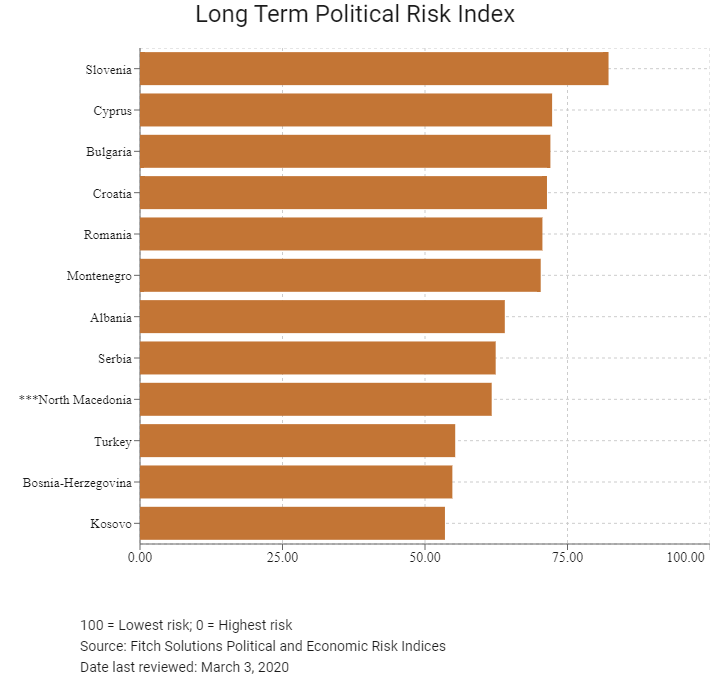 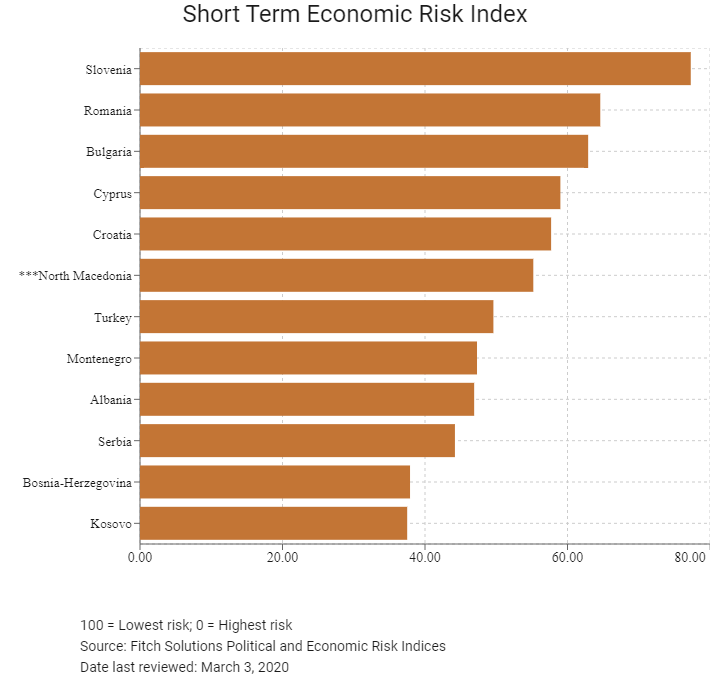 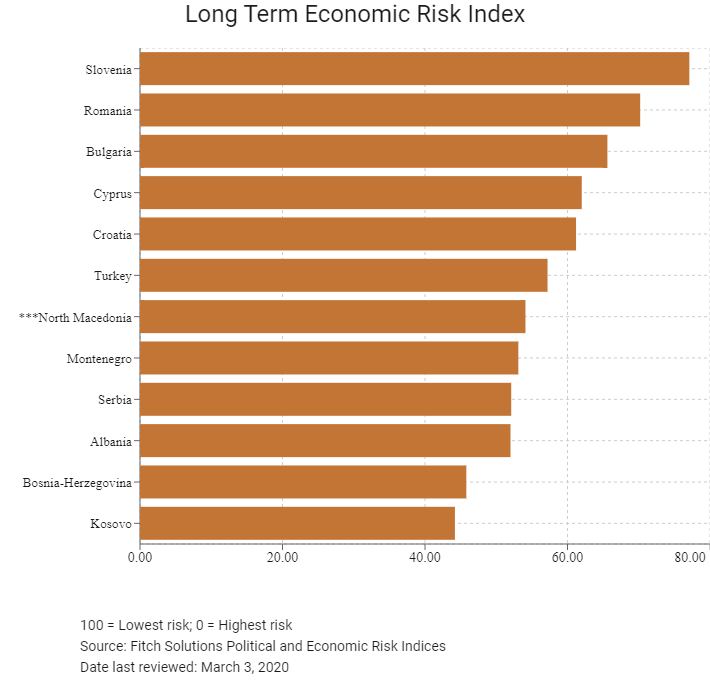 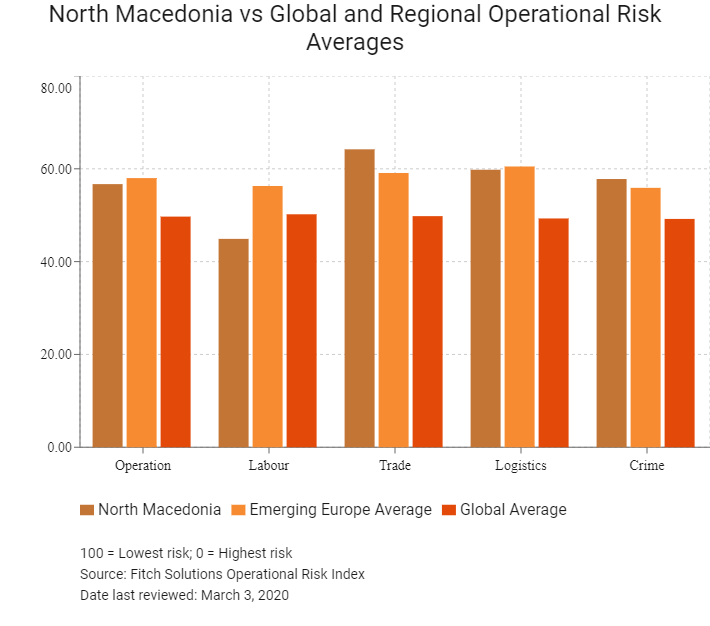 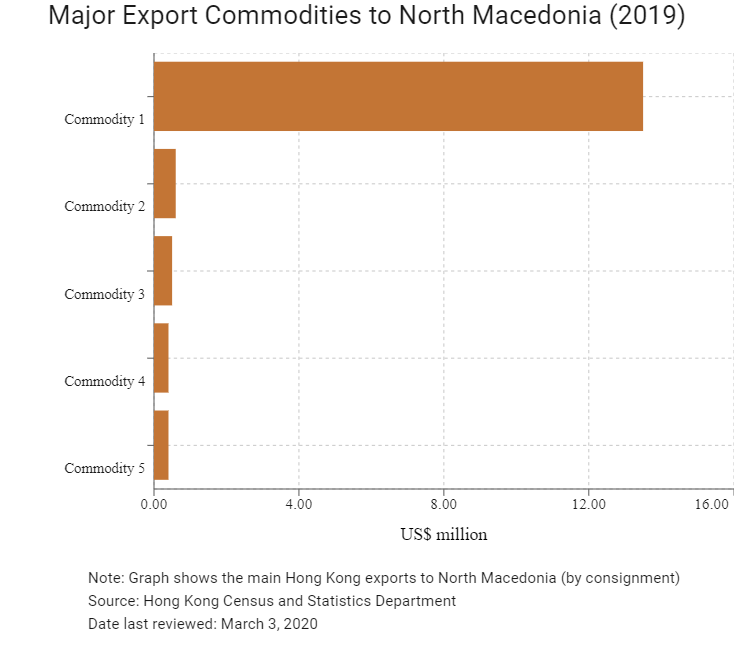 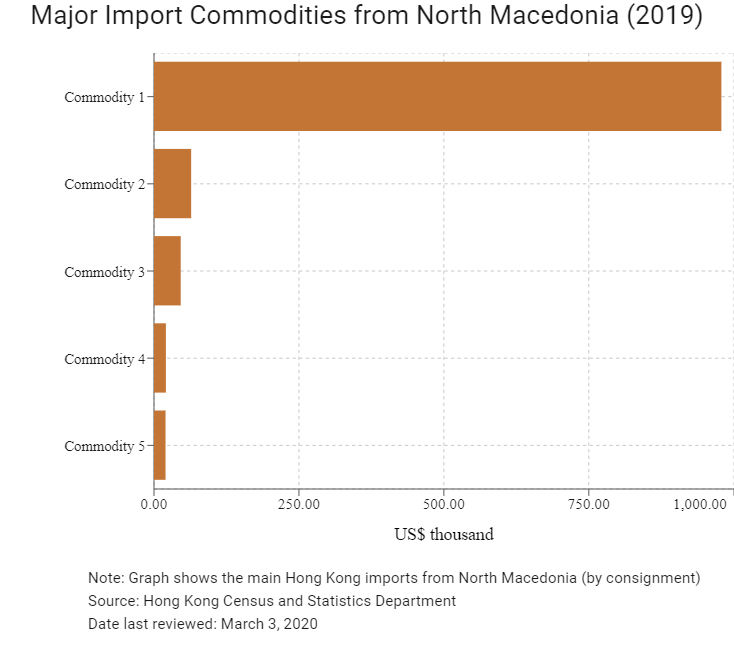 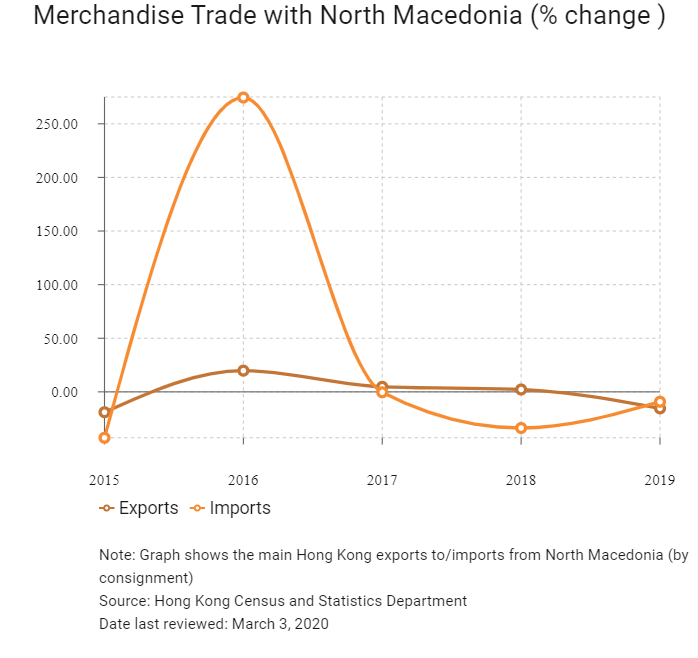 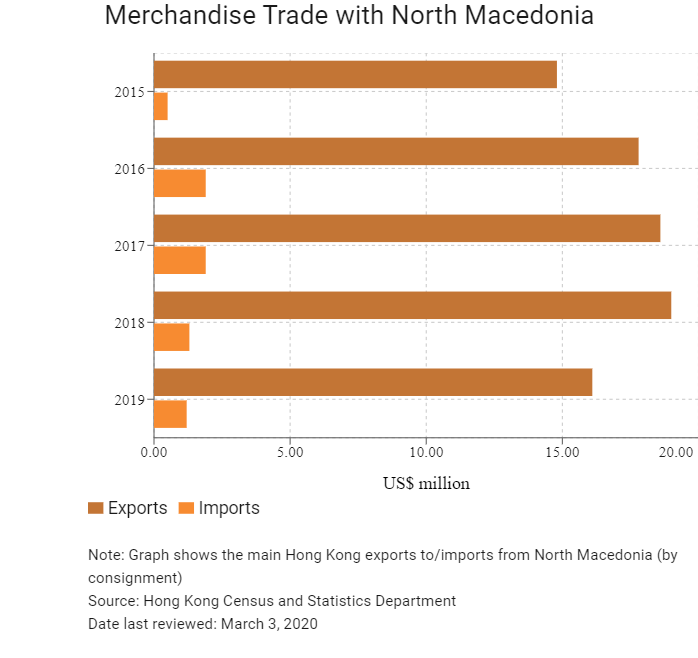 Treaties and Agreements between Hong Kong and North Macedonia

HKSAR passport holders do not need a visa for a stay of up to 90 days.