A small and open economy, Lebanon has been strongly affected by the spillover from the civil war in neighbouring Syria. Between 2011 and 2016, annual economic growth has averaged just 1.7% in real terms, and IMF studies suggest that income inequality and poverty in the country have increased significantly as a result of the influx of more than 1.4 million Syrian refugees. Lebanon’s government continues to favour a strong role for the private sector in a liberal policy environment. That said, the impact of the Syrian crisis, domestic security challenges, high levels of public debt, service delivery constraints and the challenging operating environment present significant risks to investors in the near term. In the absence of a credible reform plan, despite the formation of a new government, mounting pressure on Lebanon's financing model could eventually result in a sharp external or fiscal adjustment. It is likely that growth in the Lebanese economy will be slow over the coming decade, as a result of regional security risks, political instability, the government's inability to undertake structural reform to the economy, and slowing population growth.

June 2017
A new electoral law was approved by parliament.

July 2017
Hizbullah and the Syrian army launched a military operation to dislodge jihadist groups from the Arsal area, near the border with Syria.

May 2018
General elections held in Lebanon on May 6, 2018 triggered the start of cabinet negotiations.

August 2018
Construction started on a nearly 1,802.32 square metre medical facility in Choukine, Lebanon. The Medrar Foundation was developing the project in partnership with the American University of Beirut's Medical Centre. The centre was expected to be ready by the end of 2020.

September 2018
Germany and Saudi Arabia agreed the return of their ambassadors to Lebanon.

March 2019
The Investment Policy Review (IPR) of Lebanon was discussed at the United Nations in Geneva in December 2018 and officially presented at an in-country launch of the IPR in Beirut on March 6, 2019. Lebanon's Minister of Information stated that the country would implement reforms for economic growth and job creation in close alignment with the IPR recommendations. Key priorities included a focus on capacities, awareness and institutional cooperation, the preparation of the investment promotion strategy, and the expansion of knowledge and networks for targeted activities.

February 2020
On February 11, Prime Minister Hassan Diab’s proposed cabinet was approved by parliament. This followed the resignation of former Prime Minister Saad Hariri, paving the way for the nomination of Diab, the former education minister, to lead the next cabinet.

March 2020
Beirut failed to make a USD1.2 billion Eurobond payment due in March. 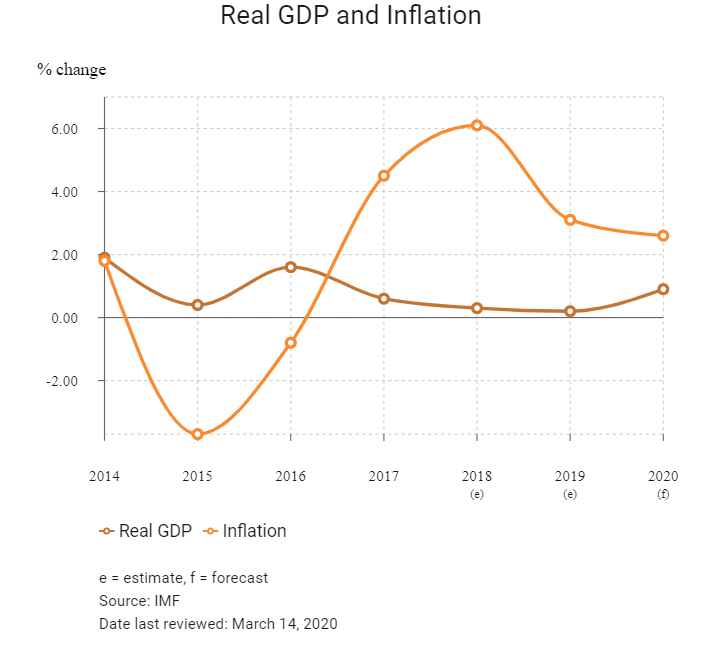 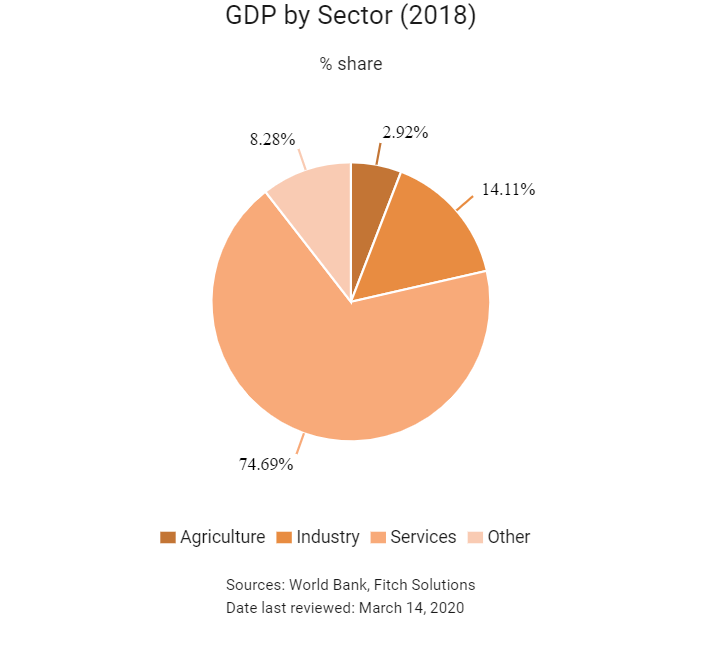 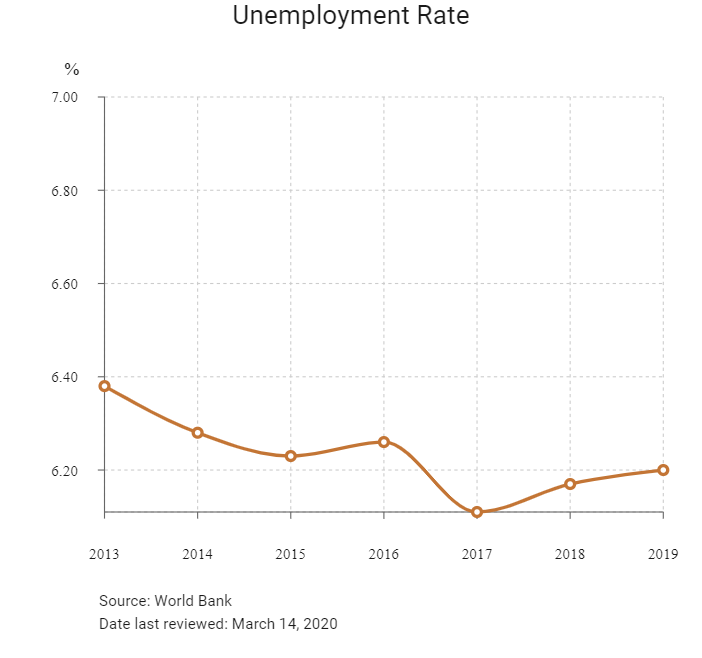 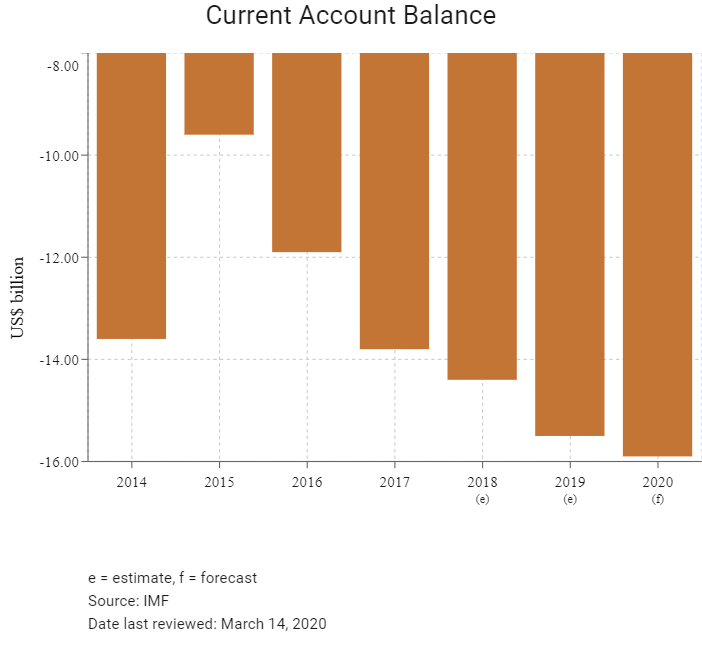 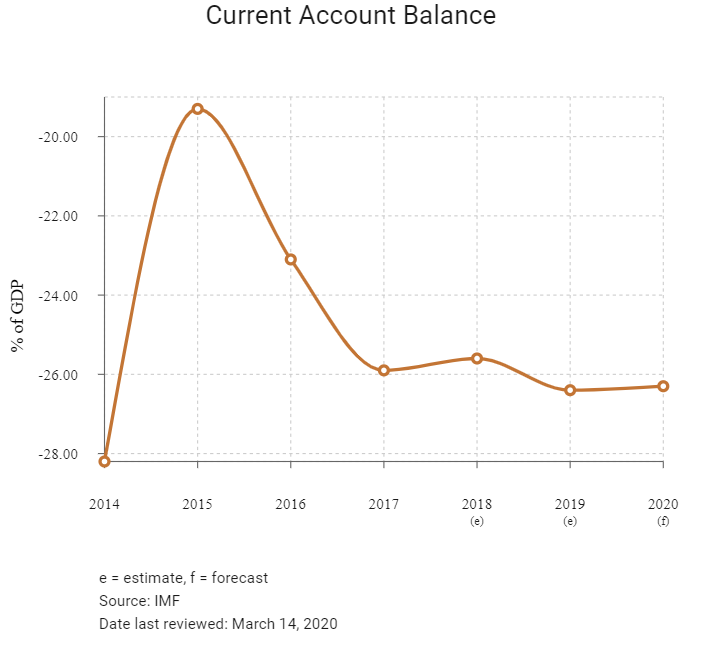 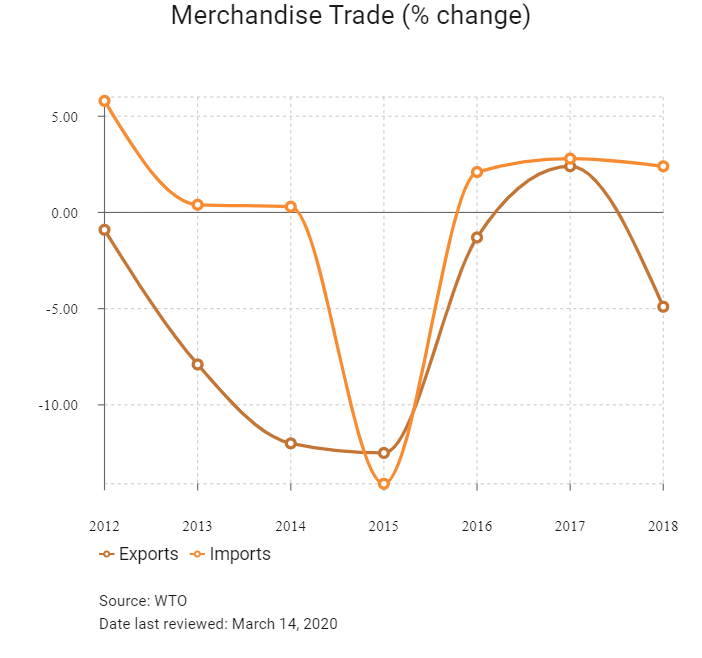 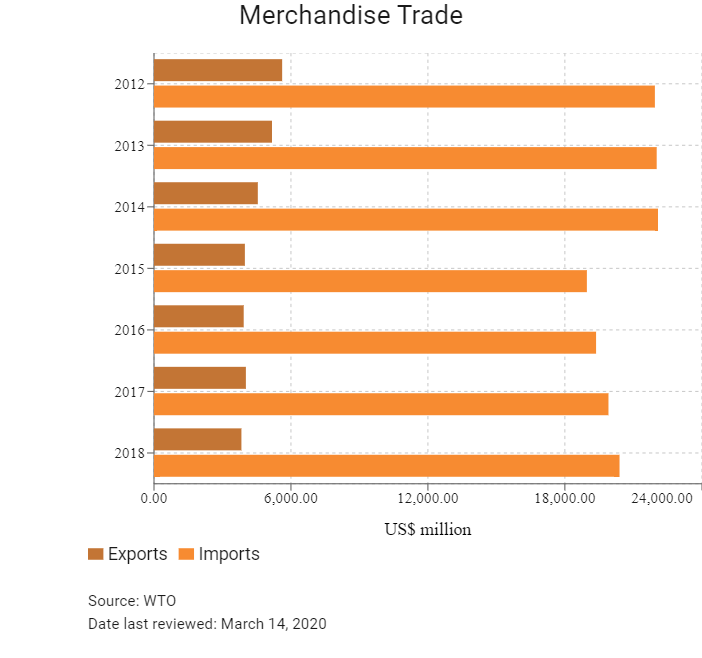 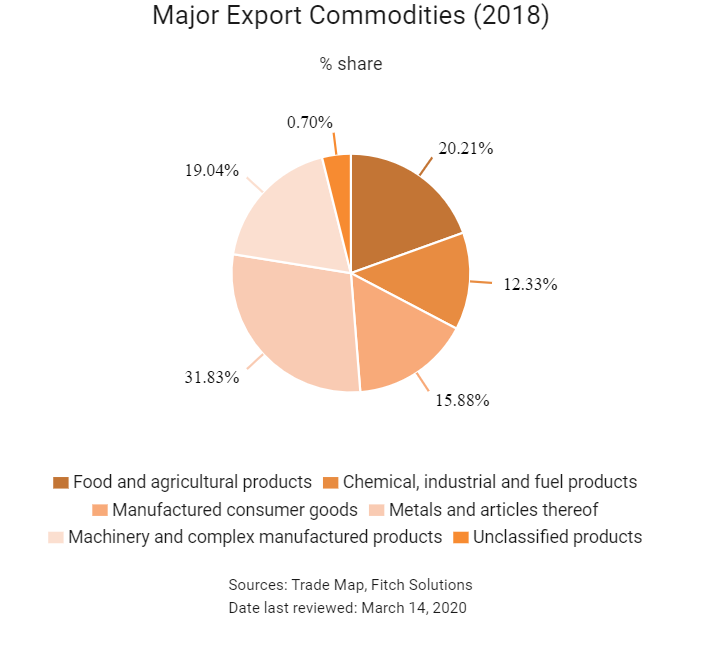 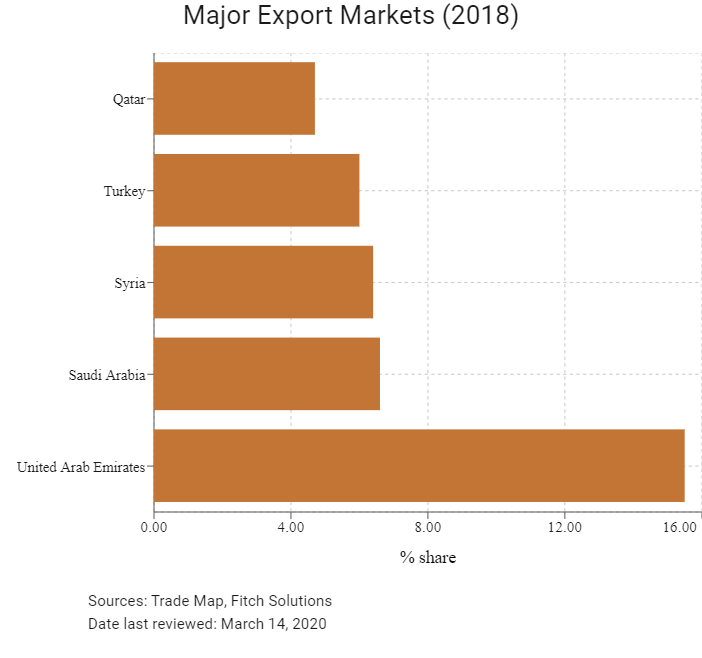 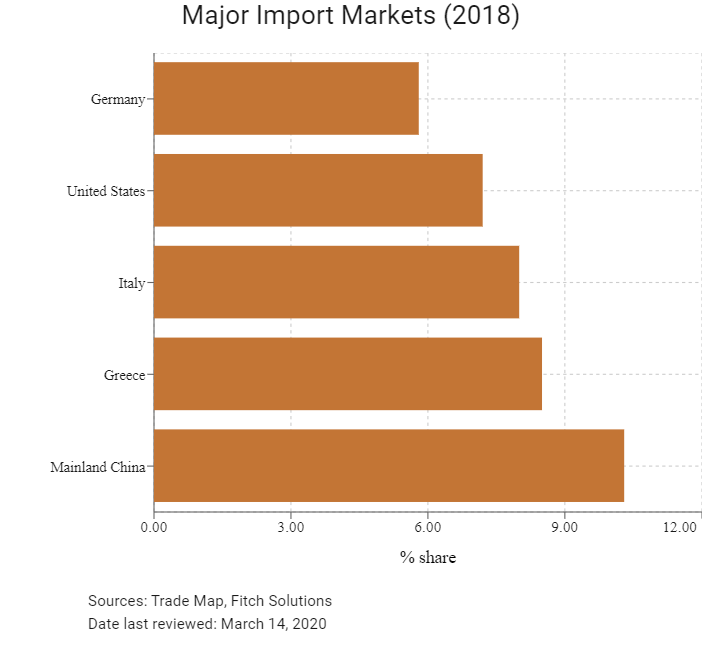 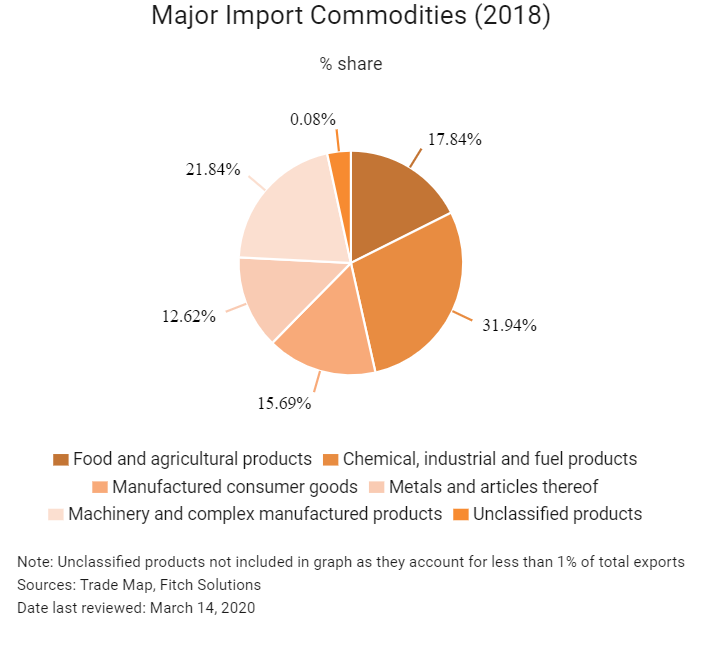 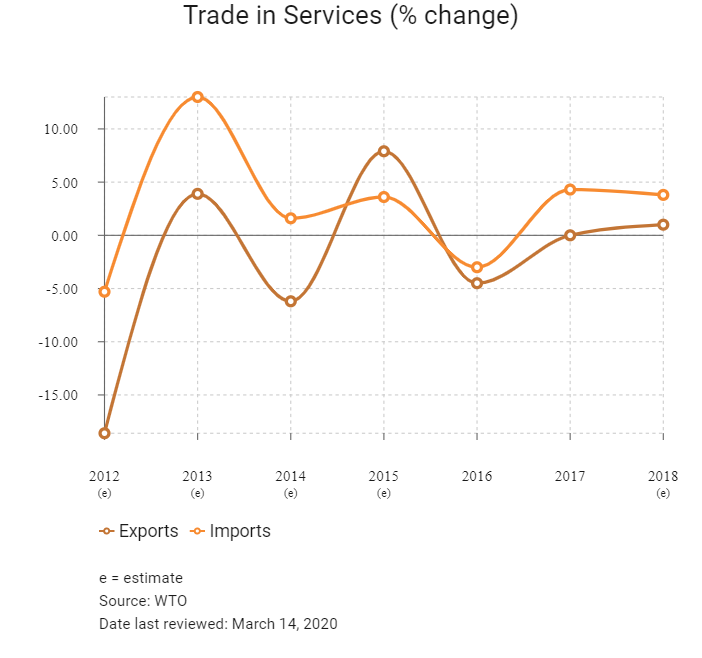 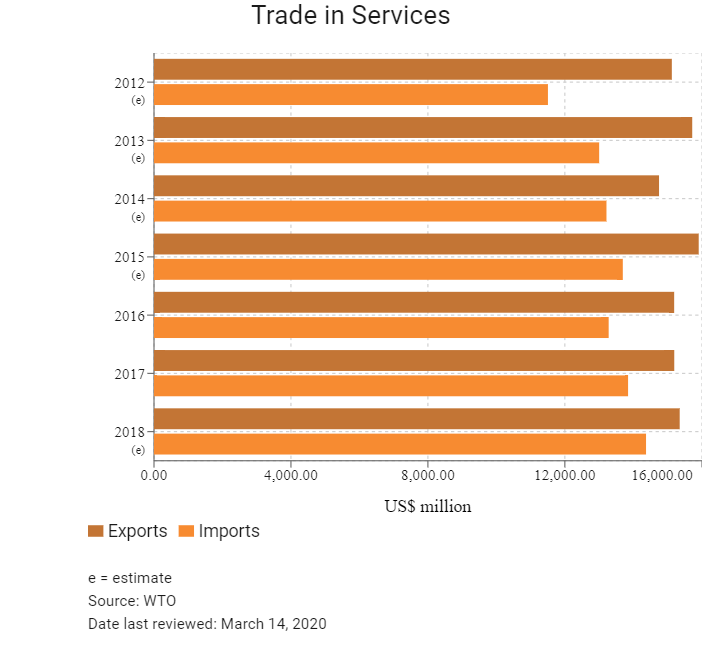 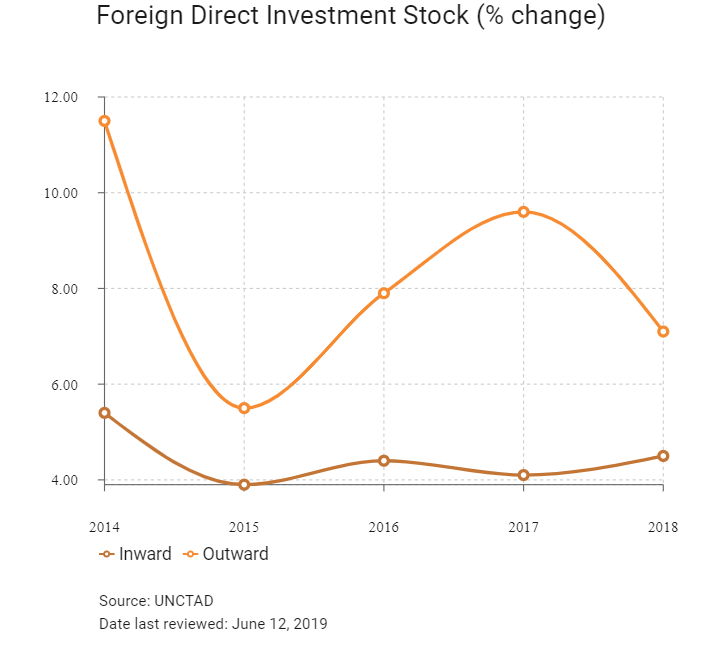 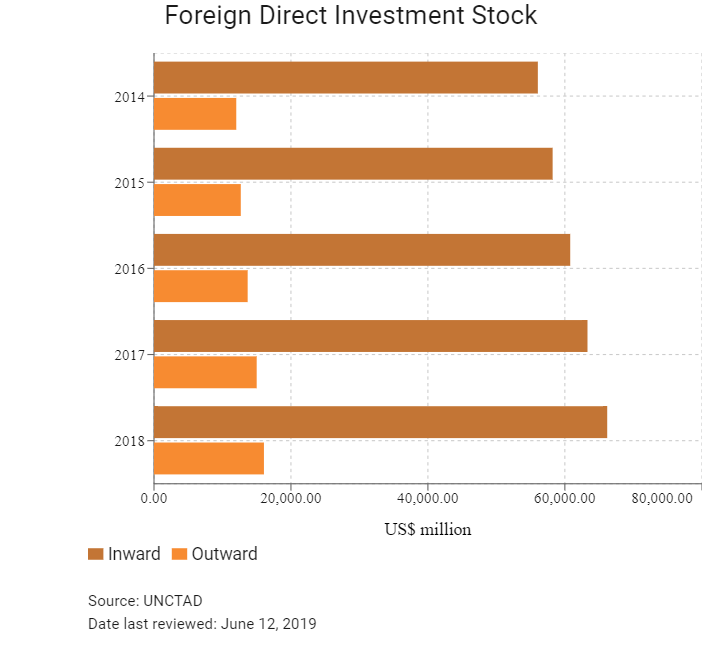 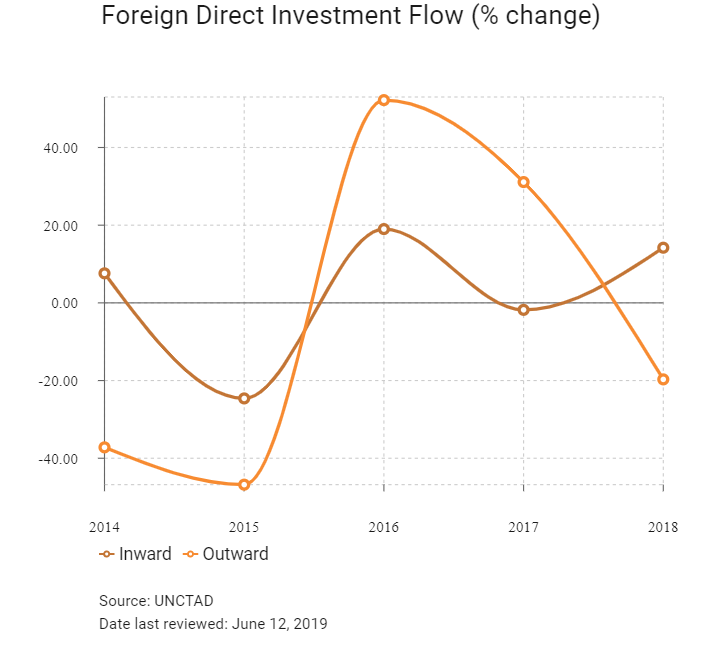 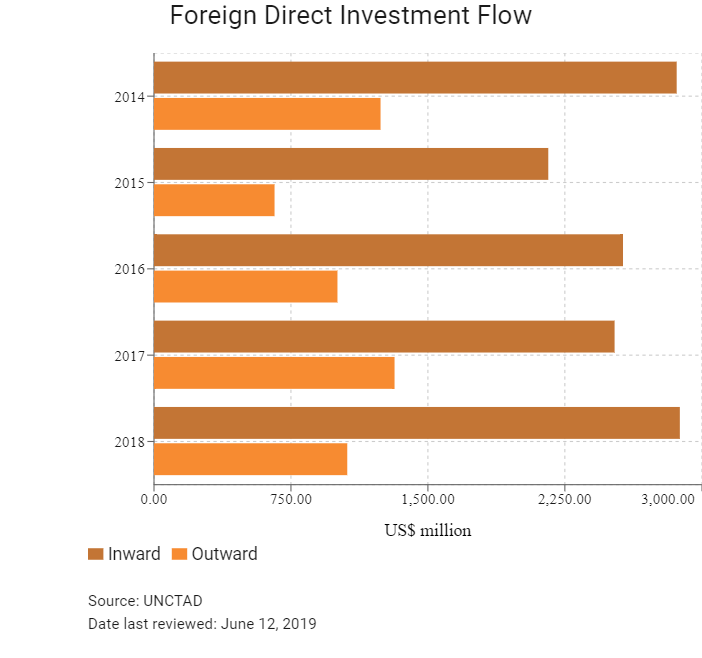 A new Law no. 64, dated October 20, 2017 (published in the Official Gazette on October 26, 2017) introduced new tax measures and amended several tax articles to fund the increase of the minimum wages and the cost of living for the public sector. The corporate income tax rate increased to 17% and the VAT rate increased to 11%. There are also further taxes on bank deposit interest, financial transactions and real estate sales.The Ministry of Finance issued the 2018 Budget Law no.79, dated April 18, 2018 (published in the Official Gazette no.158, dated April 19, 2018). It is important to note that not all businesses are taxed in the same manner. Depending on the relative size and structure of a business, the tax method applied is assessed depending on real (or actual) profits or deemed profits.

Lebanon's large refugee population faces structural disadvantages in the job market due to outdated legislation, which makes it difficult for refugees to join the formal labour force. In particular, Lebanese law treats refugees from the West Bank and Gaza as normal foreign workers. This means that in order to gain employment, they are required to meet the condition of reciprocity of treatment for Lebanese workers in their home state - a situation which is impossible to reconcile, given the lack of legal status of the West Bank and Gaza. Applications for work permits must also include copies of a passport, which many refugees do not own, as well as medical reports and formal employment contracts, which are difficult for refugees to obtain.

Foreign workers are required to obtain prior approval from the Ministry of Labour before taking up employment in Lebanon. Foreign workers must have entered into a formal employment contract, and present this along with a medical report, passport, application form, and information about the employer.

Israeli citizens are not permitted to travel to Lebanon and any person with an Israeli entry stamp in their passport will be refused entry.

Economic conditions in Lebanon are likely to remain extremely challenging in the next two years. Near-depleted central bank reserves and tight commercial bank capital controls are raising the foreign currency liquidity risks, with a strongly inflationary impact. This, combined with low levels of confidence in the government’s ability to resolve the crisis, is generating extremely weak sentiment and demand and weighing on growth. Lebanon’s debt load that stands at roughly 160% of GDP, has severely strained the country’s public finances, and continues to rise with large deficits. Meanwhile key sectors such as tourism, real estate and construction continue to suffer from the impact of regional unrest. With the region's highest debt-to-GDP levels and one of its largest fiscal deficits, Lebanon is one of the economies most at risk from higher levels of global financial volatility. That said, the economy will benefit from its links with the vast Lebanese overseas diaspora through remittances and banking sector deposits, as well as strategic support from both the Gulf Cooperation Council and Western actors.

Fiscal constraints, a high debt burden and currency risks are raising risk of regulatory tightening on capital outflows. The Lebanese economy is service-oriented, and its main growth sectors include banking and tourism. Lebanon's appeal to investors is undermined by the country's exposure to a range of wider regional security risks, the most pertinent being the ongoing conflict in neighbouring Syria and long-standing interstate tensions with neighbouring Israel. This has had a negative effect on trade growth as many overland connections are inaccessible due to high risk of clashes occurring in border regions, and military blockades. The influx of Syrian refugees has placed pressure on already struggling logistics networks and social services, elevating the already high unemployment rate and raising social instability risks. 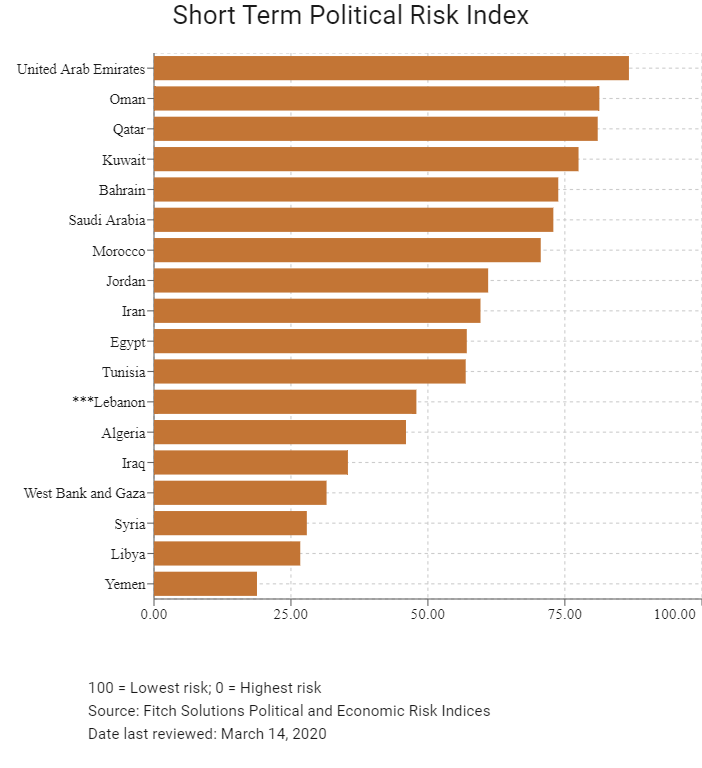 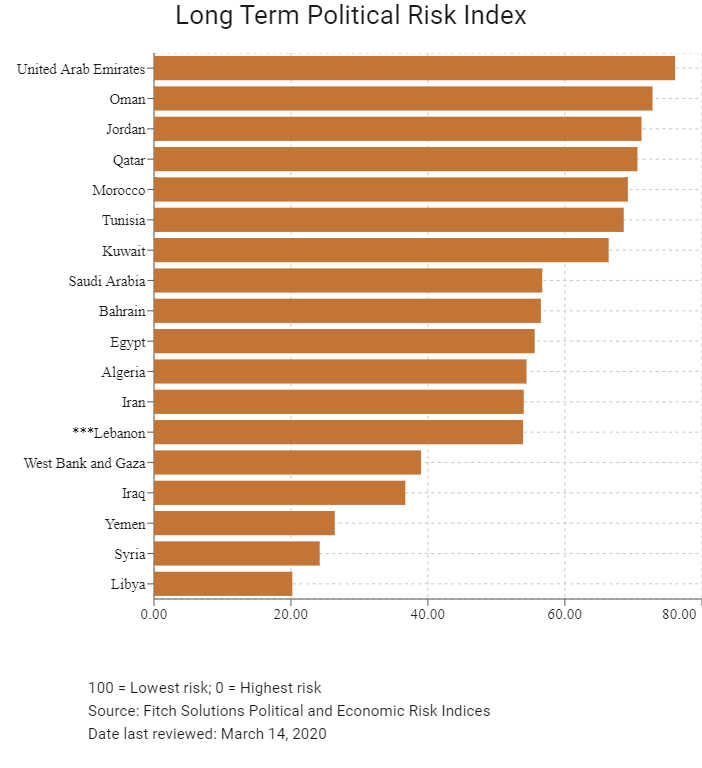 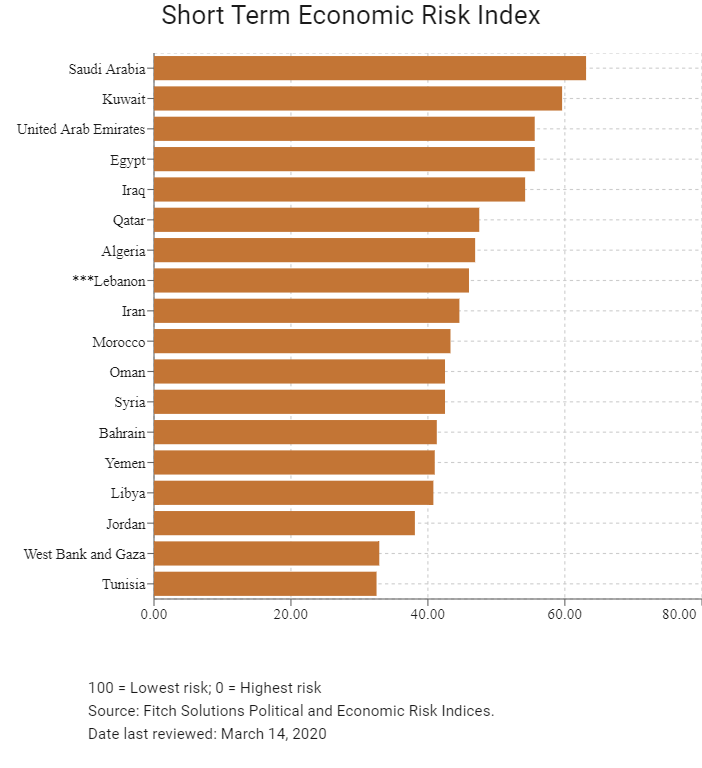 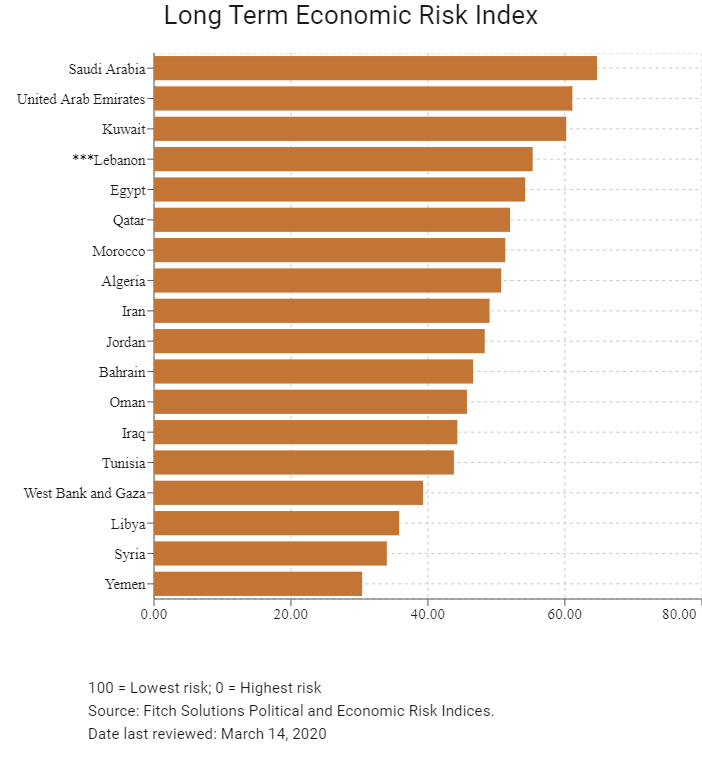 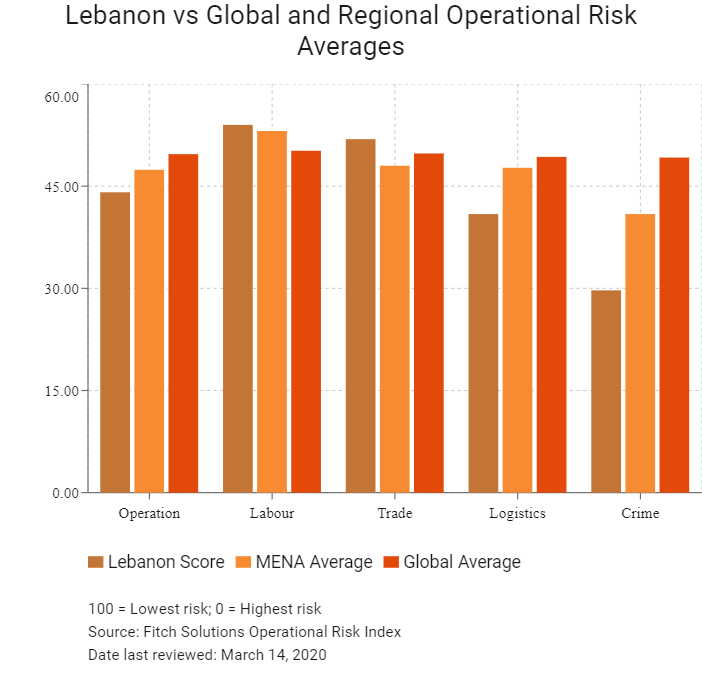 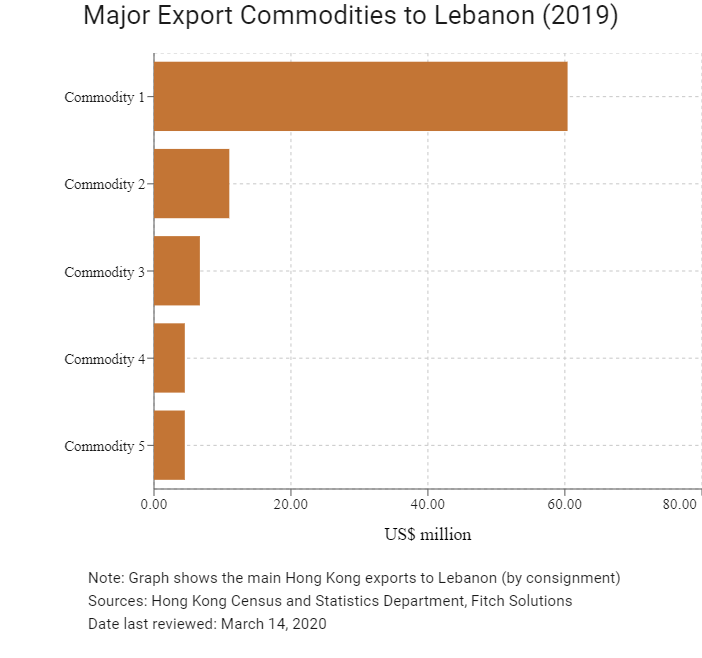 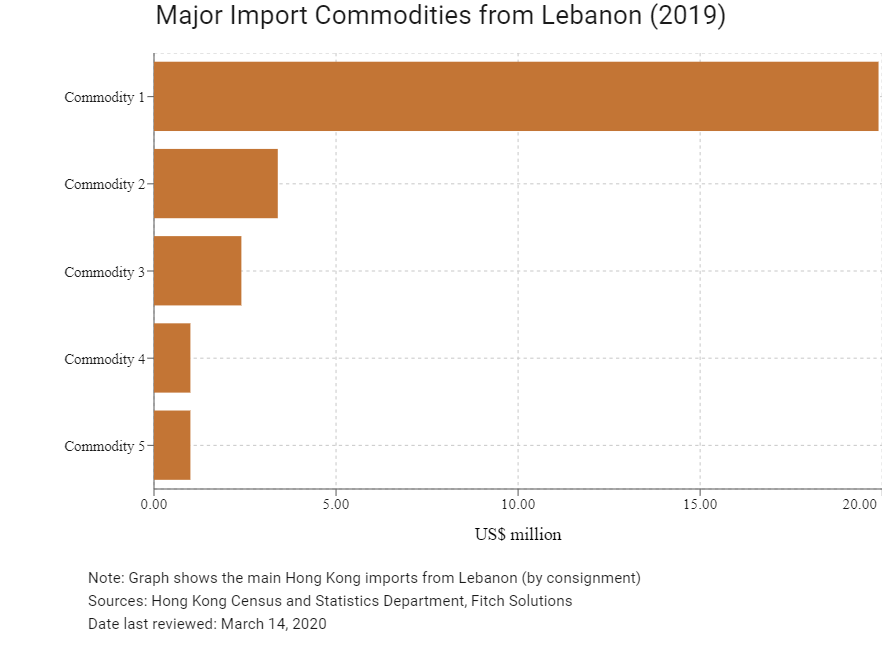 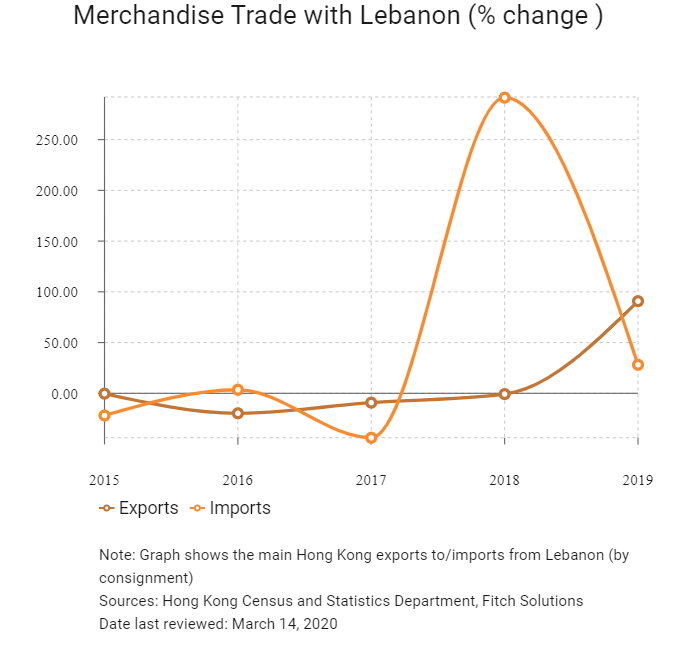 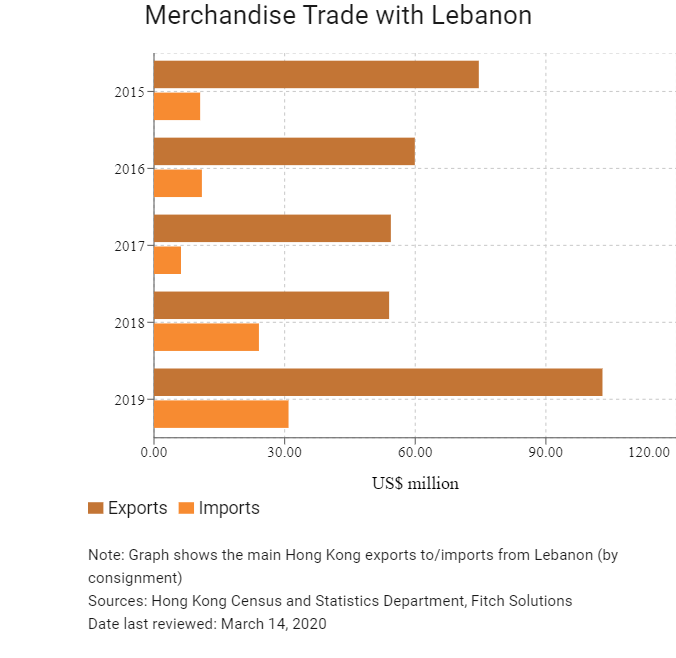 Treaties and Agreements between Hong Kong and Lebanon

Lebanon and Mainland China have a bilateral investment treaty which came into force in July 1997.

A Lebanon tourist visa is required for HKSAR passport holders. Generally, a visa will be granted upon arrival and the maximum duration of stay is three months.