Latvia's economy is primarily based on service industries, including transportation, information technology and financial services. At the same time, the construction industry plays an important role, as well as forestry, food and light industries. Tourism is growing rapidly. However, the transition towards stronger growth and economic stability will remain challenging due to the extent of deleveraging required in Latvia's domestic banking system as well as the necessary adjustment to household balance sheets. A World Bank report indicated that Latvia should improve its tax system and identified four areas for specific attention: broadening the tax base, increasing tax rates, reducing tax evasion and increasing tax progressivity. The report argued that increases in tax compliance and decreases in tax evasion are simultaneously achievable. Within the European Union (EU), Latvia has been a beneficiary of various funds in recent years but the ongoing 2021-2027 budgetary discussions in the EU indicate that funding for Latvia may be reduced significantly.

Maris Kucinskis took over as Prime Minister at the head of the existing coalition.

Latvia, which had the Baltic region's only underground natural gas storage facility, liberalised its natural gas market and opened it to competition.

Japan's Prime Minister Shinzo Abe made an official visit to Latvia during a five-day tour of the Baltic and Eastern Europe.

The Pro-Russia Harmony party emerged as the largest bloc in parliament after elections.

The Three Seas Initiative Investment Fund was announced, which would focus on transport, energy and digital infrastructure projects in the Three Seas region. Latvia was one of the 12 EU member states involved, all located between the Adriatic, the Baltic and the Black seas.

Security officials from the United States Department of Defense met with representatives from eight Nordic and Baltic nations, including Latvia, to discuss Arctic security and cooperation.

The United States removed its sanctions against Latvia's Ventspils Free Port after the Latvian government took control of the port from businessman Aivars Lembergs. The port was an important transit point for oil exports from Belarus.

The United Kingdom officially left the EU on January 31, 2020.

Latvia, Lithuania and Estonia were due to synchronise their power grid with the rest of Europe in the next five years and withdraw from the transmission framework shared with Russia and Belarus.

Latvia signed a joint declaration with the United States on 5G security. 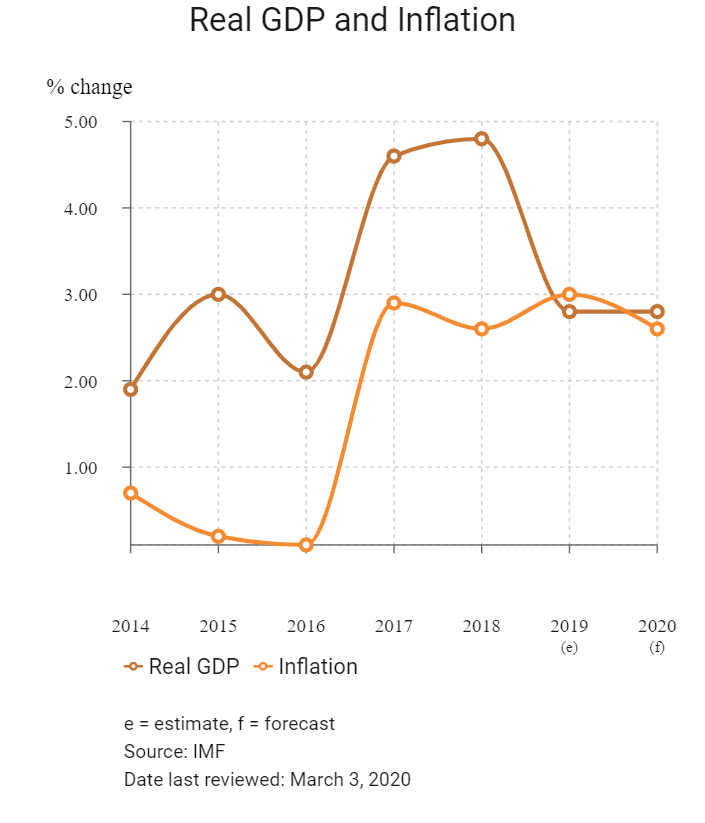 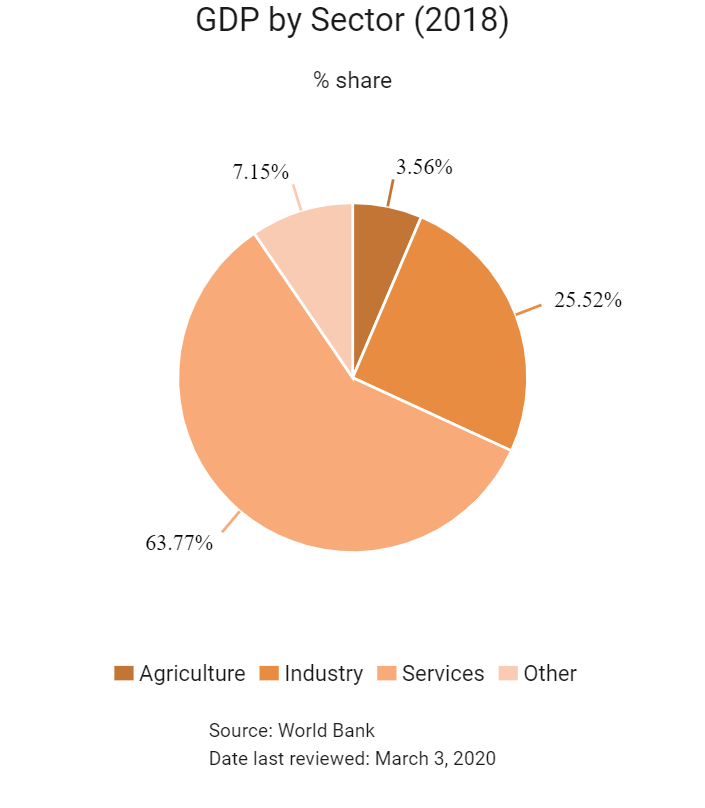 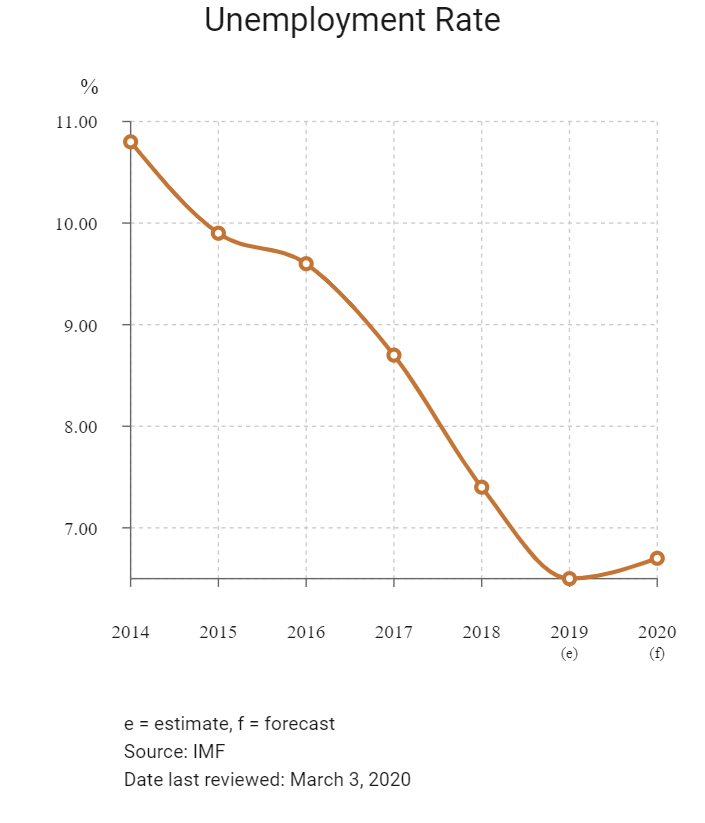 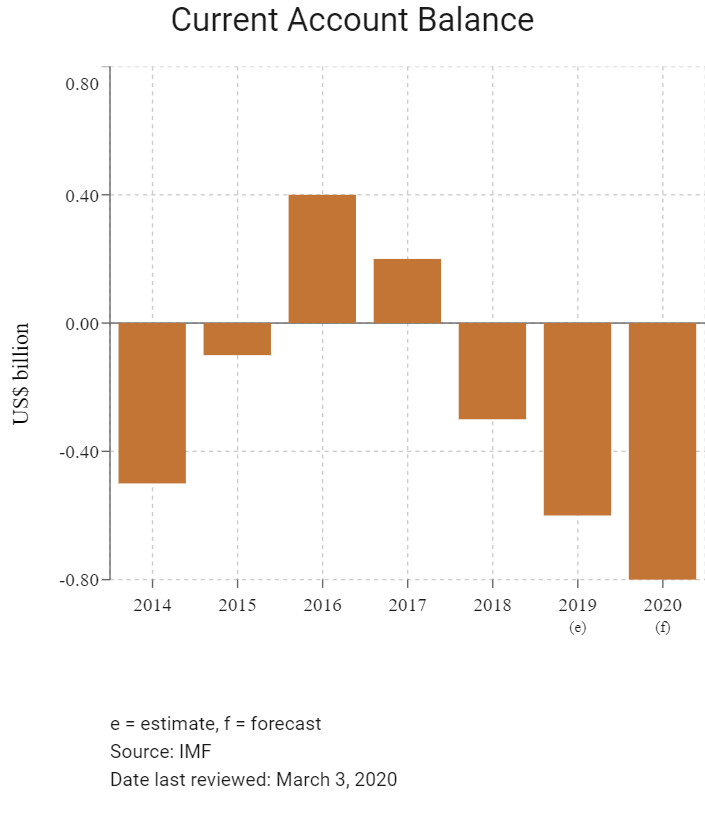 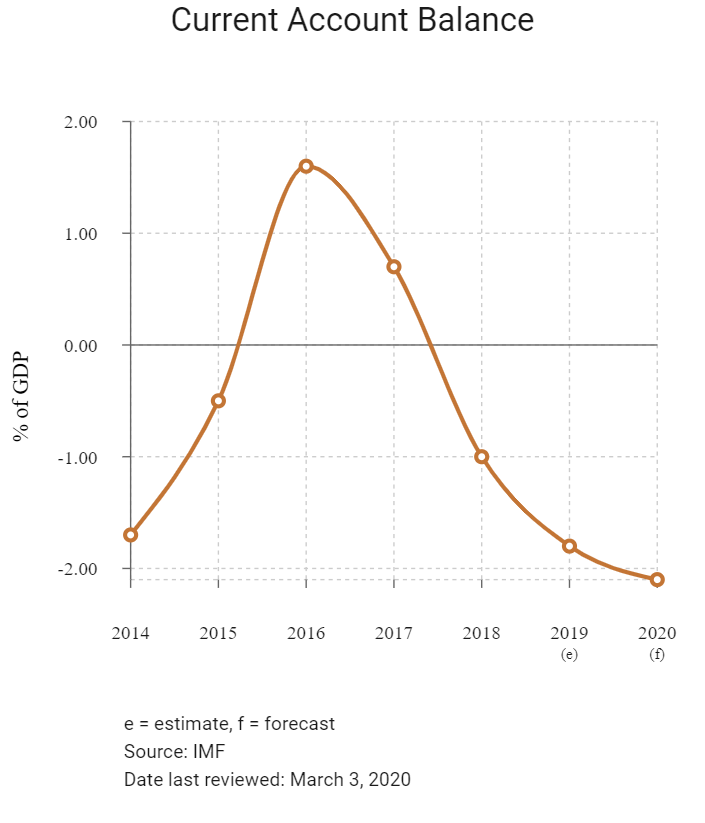 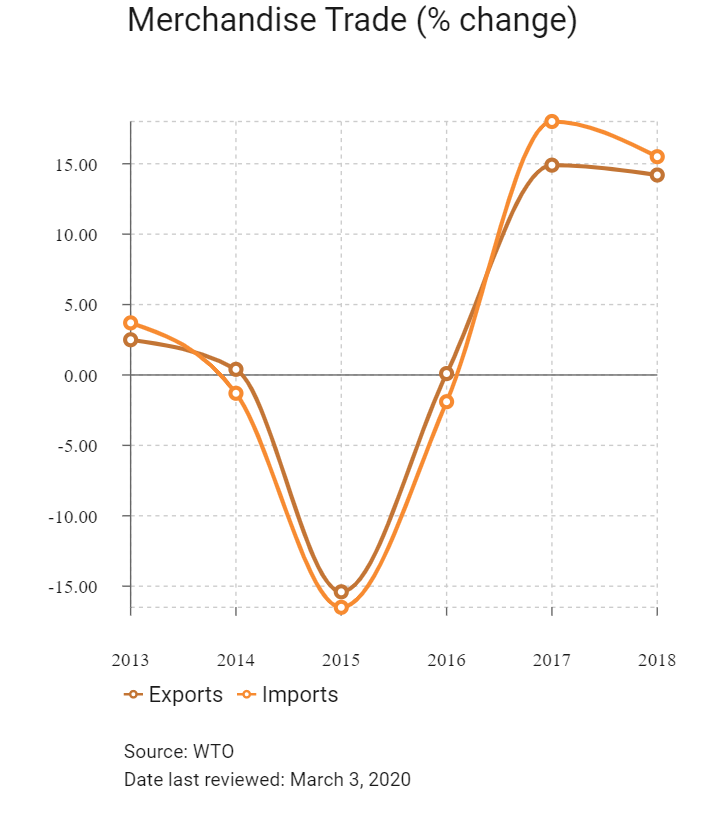 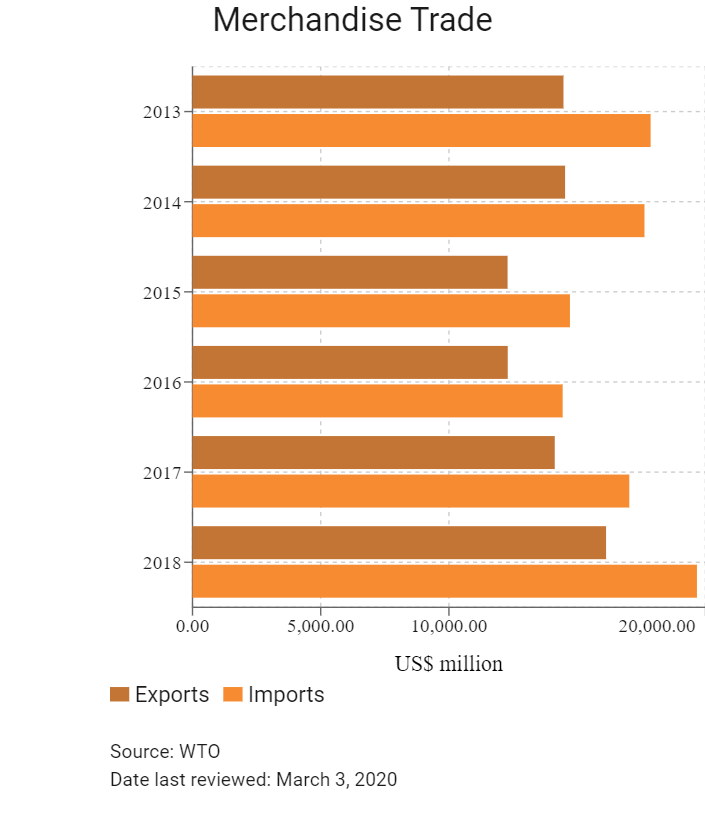 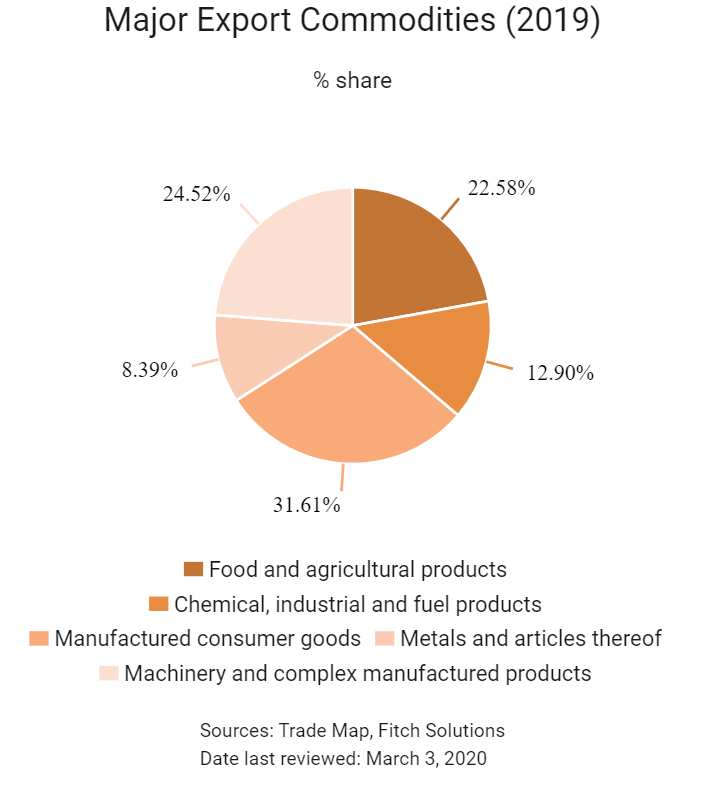 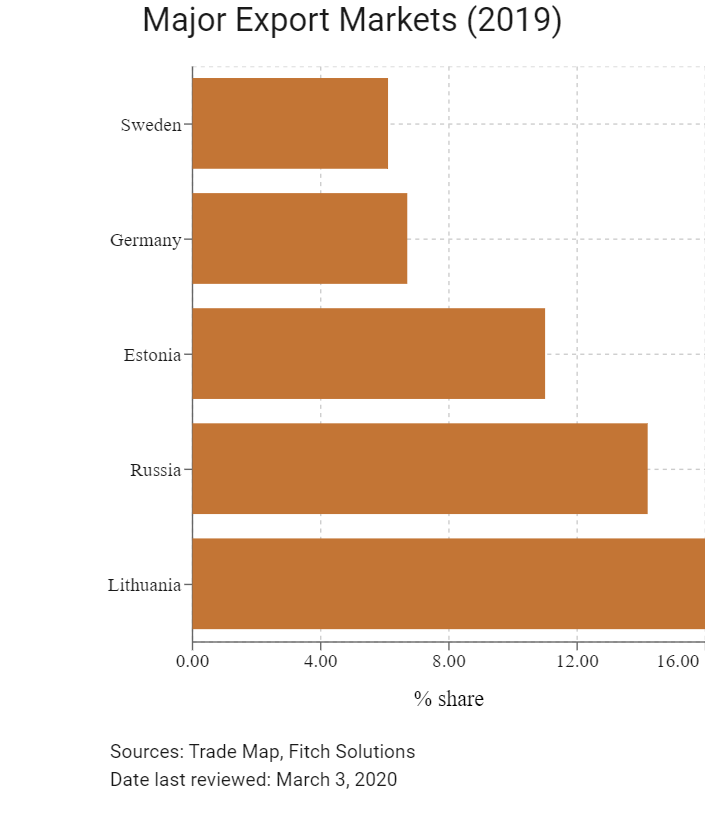 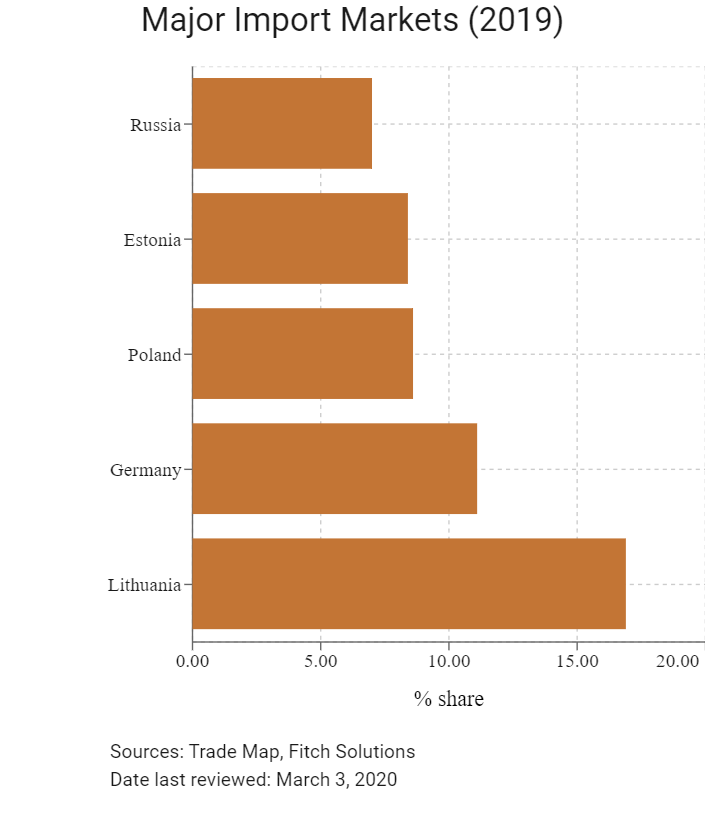 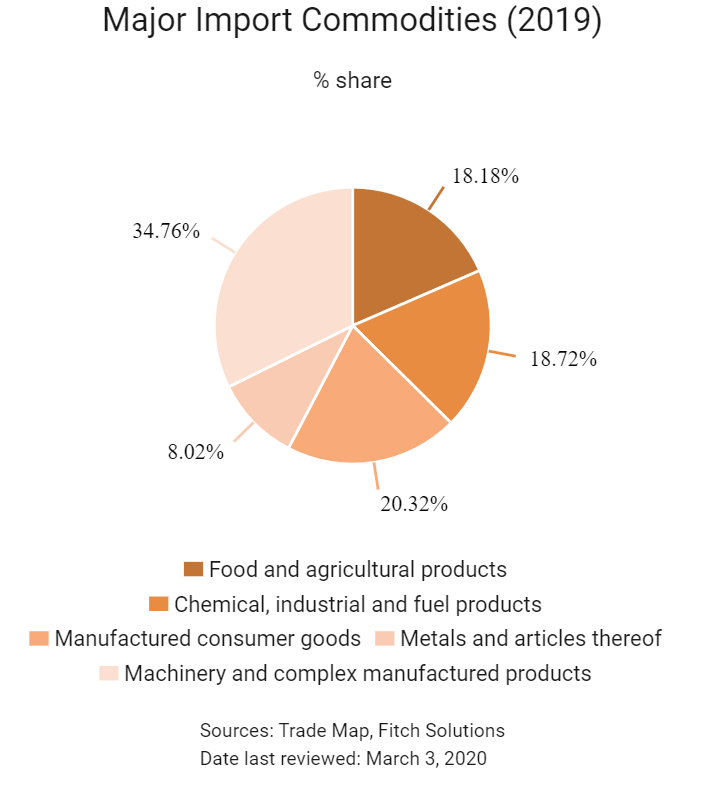 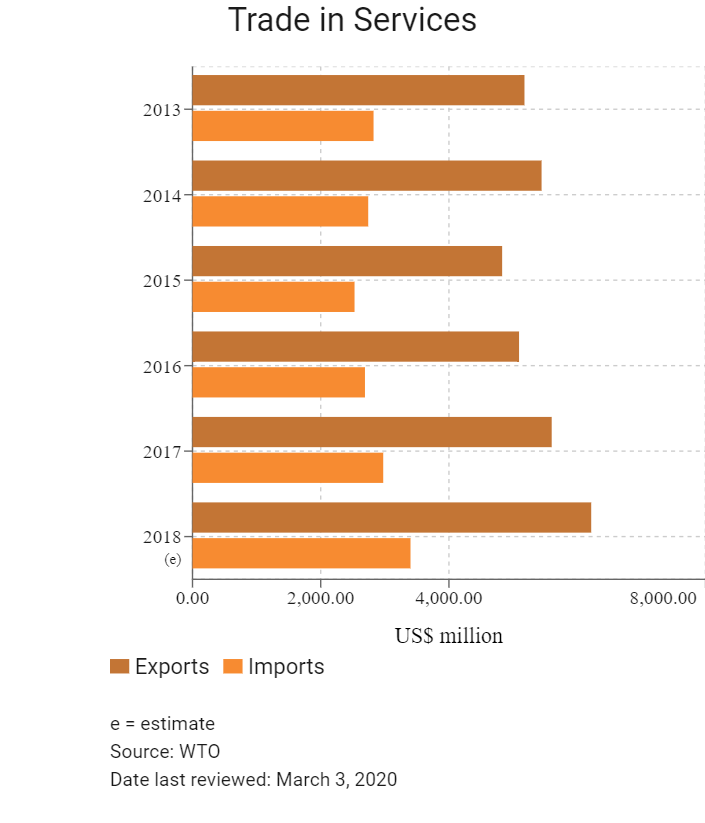 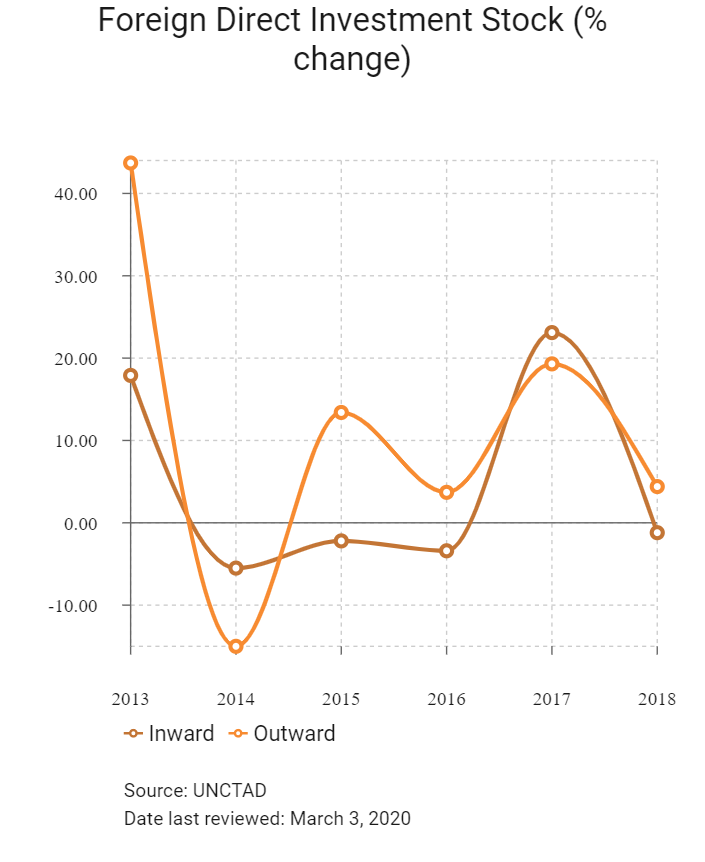 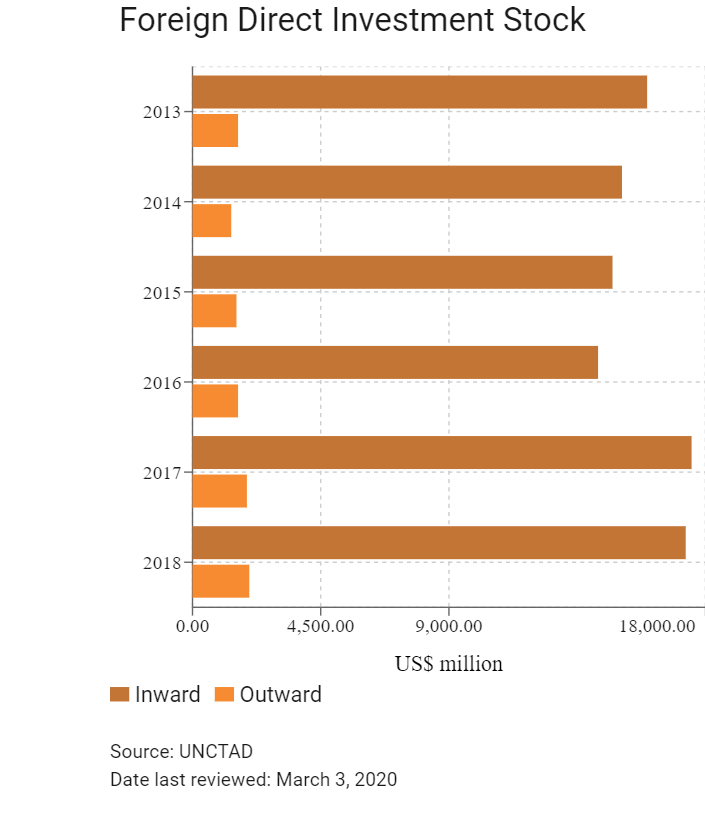 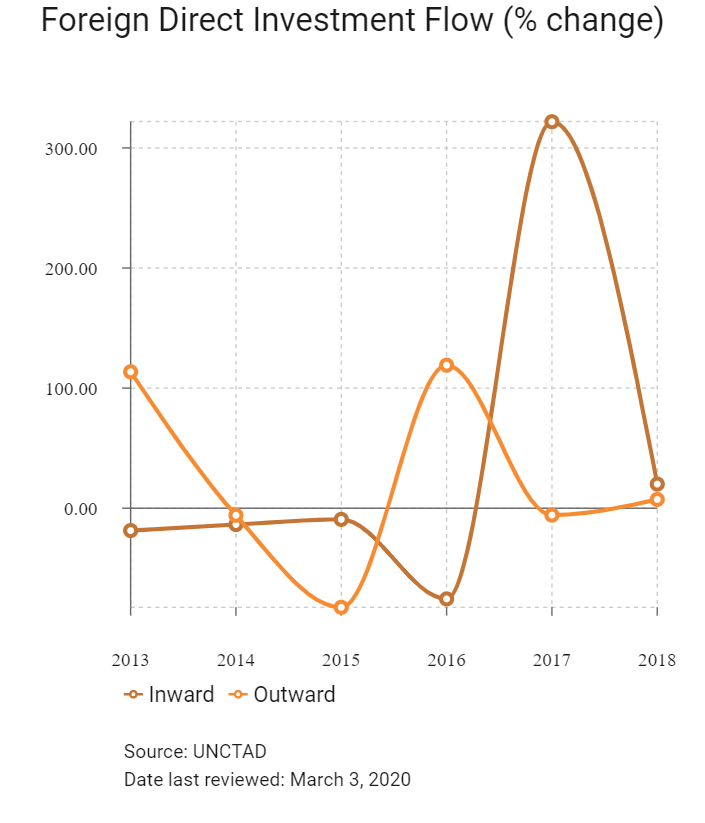 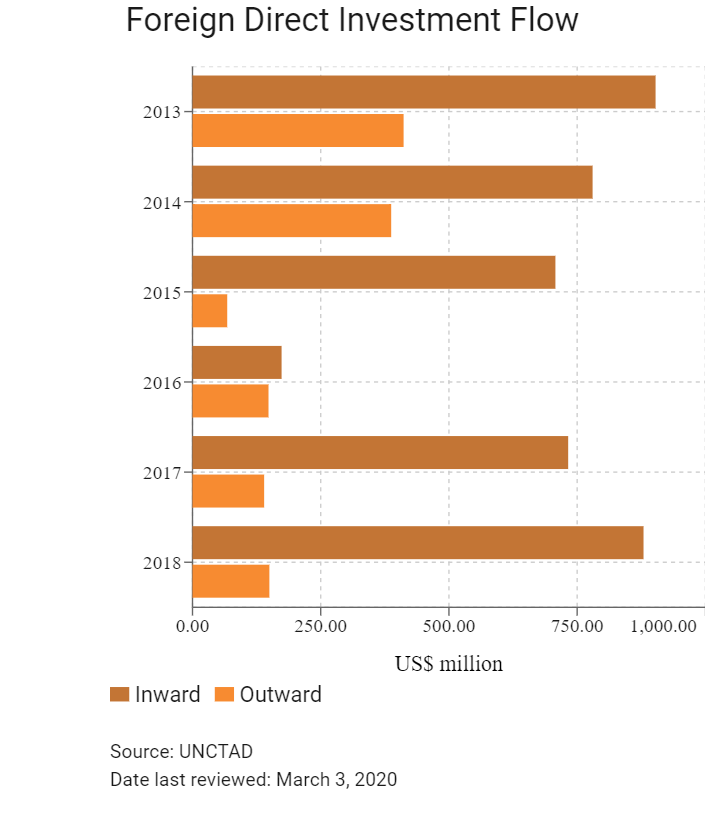 Sources: US Department of Commerce, Investment and Development Agency of Latvia, Fitch Solutions

Non-EU citizens require a work permit in order to work within the country. EU citizens do not require a work permit, but their employer must inform the job office about their employment. Citizens of the EEA) – the EU member states, Iceland, Norway, Lichtenstein and Switzerland – do not require a visa to enter, reside and work in Latvia. In cases where no visa or residence permit is required, anyone staying more than 90 days must obtain a registration card from the Office of Citizenship and Migration Affairs. Different conditions and procedures might apply to those who have a Blue Card.

Employers may invite seasonal workers for a period of up to six months, having first registered a vacancy with the state Employment Agency and after 30 days going to the Office of Citizenship and Migration Affairs (OCMA) to submit an application with all the required documentation.

The Blue Card is intended for any stay associated with highly qualified employment. A foreigner holding a Blue Card may reside in the country and work in the job for which the Blue Card was issued, or change that job under the conditions defined. High qualification means a duly completed university education or higher professional education which has lasted for at least three years. Alternatively, a minimum of five years' relevant professional experience relating to the activity for which the work permit is being granted. The Blue Card is issued with a term of validity three months longer than the term for which the employment contract has been concluded, but for a maximum period of three years. The Blue Card can be extended. One of the conditions for issuing the Blue Card is a wage criterion – the employment contract must stipulate a gross monthly or yearly wage that is at least 1.5 times more than the gross average annual wage.

Under Latvian immigration law, if employers intend to employ a foreign national, they must register a job vacancy with the State Employment Agency (SEA) at least one month before applying to the SEA for approval of invitations for visas or sponsorship for residence permits. Foreign nationals must receive separate work permits if they will work for more than one employer or in several positions. Where the employment of foreign nationals relates to short-term stays in Latvia that do not exceed 90 days in a six-month period, work permits can be issued in accordance with the validity of visas.

Latvia is one of 26 countries in the Schengen Area, which means that there is one common visa and no border controls for all nationals of the EU, the EEA or a third country national holding a residence permit of a Schengen state. Latvia signed the Schengen agreement on April 16, 2003, and started its implementation on December 21, 2007. Other than EU passport holders, Latvia waivers visas for 67 other countries globally, including Hong Kong and Macao, but all non-EU/EEA/Swiss nationals who wish to stay for longer than 90 days in any 180-day period will need to apply for a long-term visa or residence permit. For citizens of Hong Kong and Macao, repeated entry into Schengen countries including Latvia is possible after a 90-day interval subsequent to leaving the Schengen area. Those entering Latvia should have a valid health insurance policy that guarantees the covering of expenses related to health care in Latvia, including repatriation in the case of a serious illness or death.

The main economic risk is the continued rise in the minimum wage rate, which threatens to undermine the country's external competitiveness. Additionally, an economic shock in the eurozone could undermine exports, which make up a large share of Latvia's GDP. The extent of deleveraging required in the domestic banking system, as well as the necessary adjustment to household balance sheets, will ensure that the transition towards strong growth and economic stability will remain a slow and challenging process. In the meantime, the banking sector is likely to remain weak, weighed down by the proliferation in non-performing loans in the aftermath of the credit bubble.

Latvia's geographical position, providing strategic access to the EU and Russia and Central Asia to the east means that the country has the potential to act as a regional hub for a wide range of service-based industries. The commercial environment is generally friendly to foreign companies and EU directives are implemented and observed. Sustained private consumption growth fuelled by an improving labour market and a solid increase in fixed investment, coupled with a more-effective absorption of EU structural funds, bode well for the country's long-term outlook. However, the government is under increasing pressure to cut back on social expenditure and, to prevent an escalation in the fiscal deficit, public investment in Latvia's infrastructure will likely suffer over the medium term. The telecommunication and electricity services are modern, and the real estate market provides modern housing and business premises. The legal system, tax structures and trade and other regulations have been significantly modified to meet EU standards because most EU directives have been transposed into Latvia's national legislation. However, the country suffers from among the worst population projections in the Europe, Middle East and Africa region, with low birth rates compounded by high levels of emigration, primarily from the young, working age segment of the population seeking better-paid employment abroad, which will leave an ageing population that will place the social security system under great strain over time. 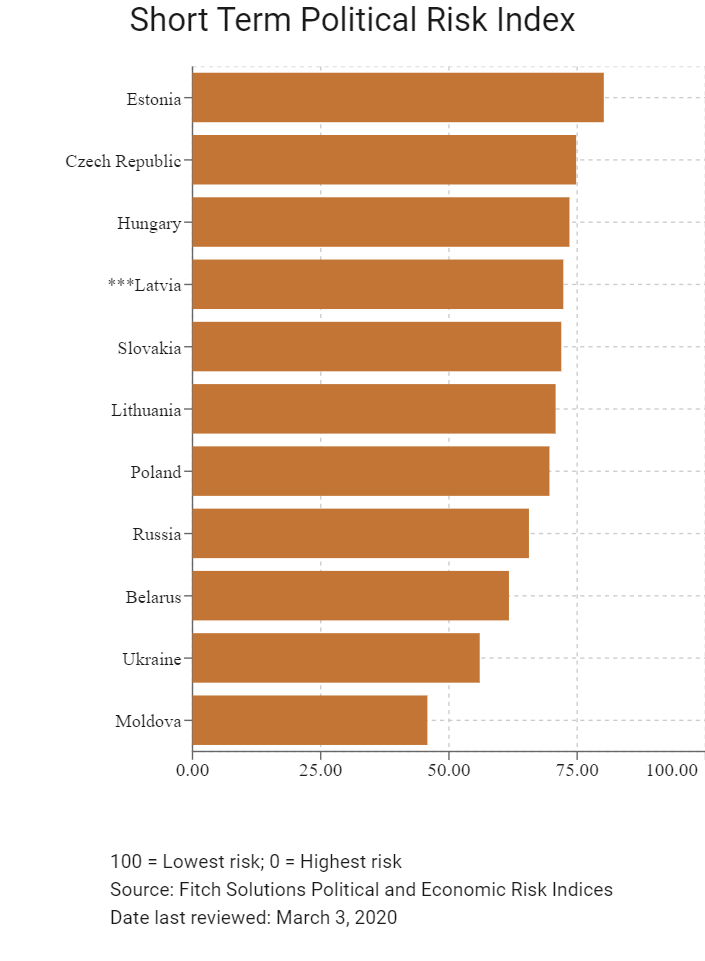 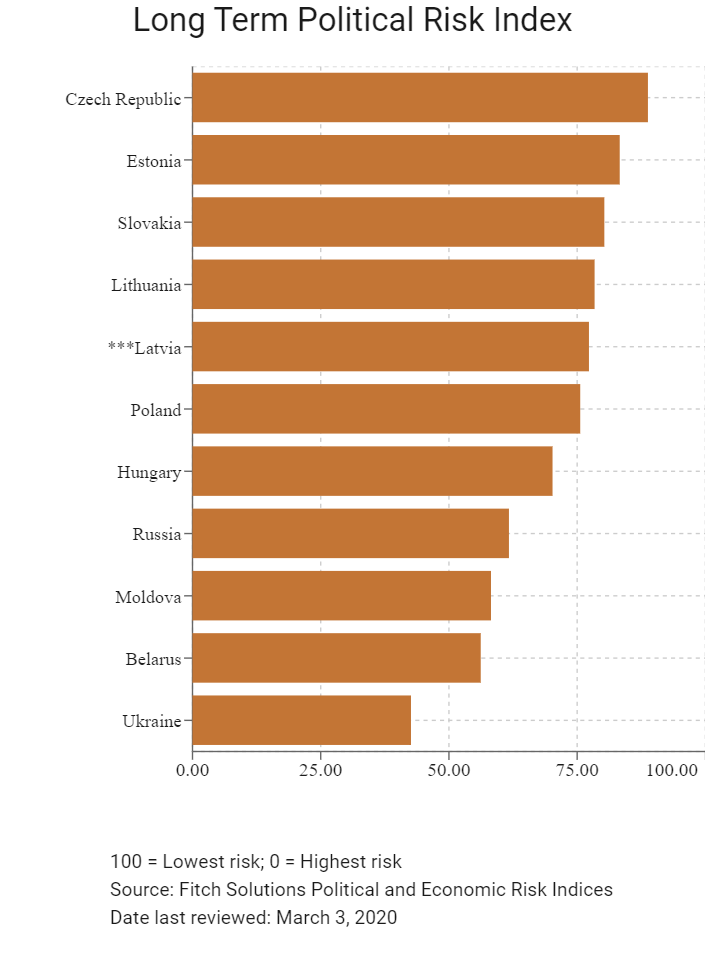 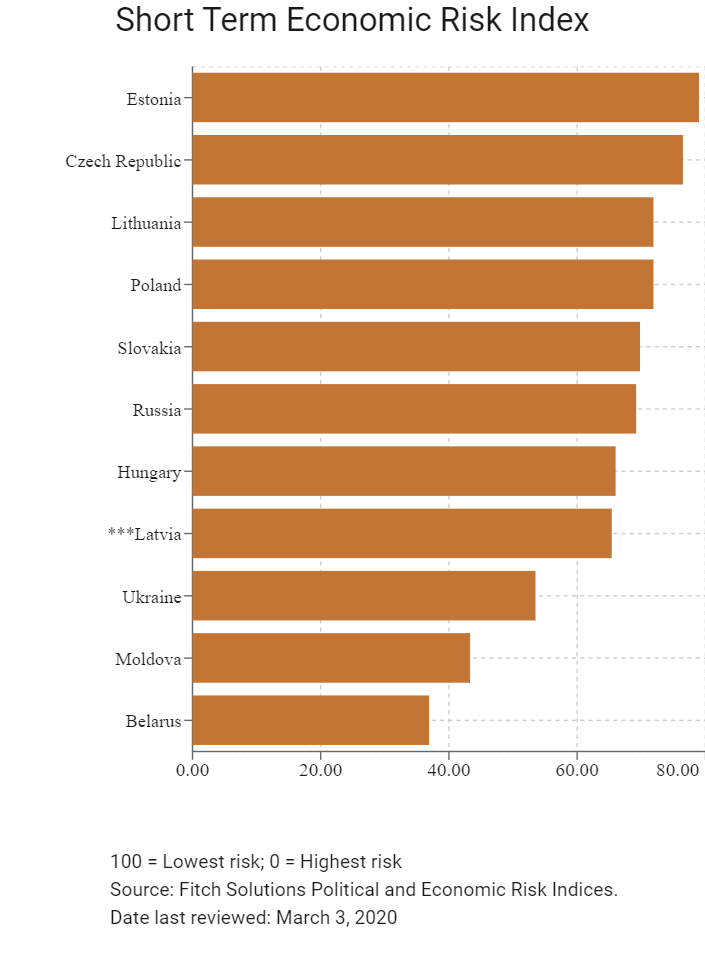 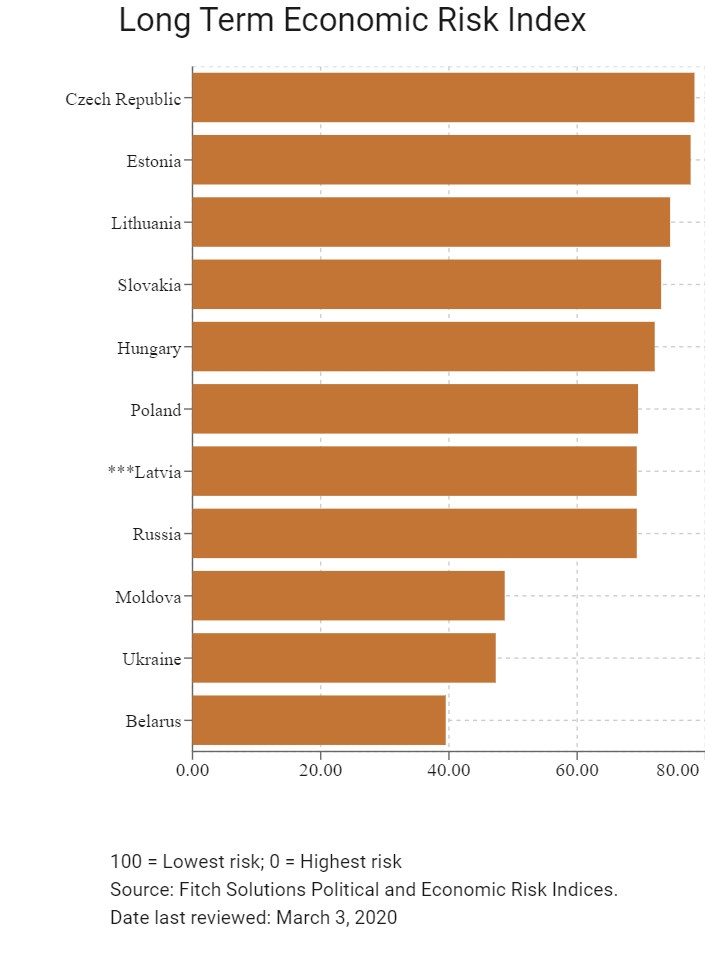 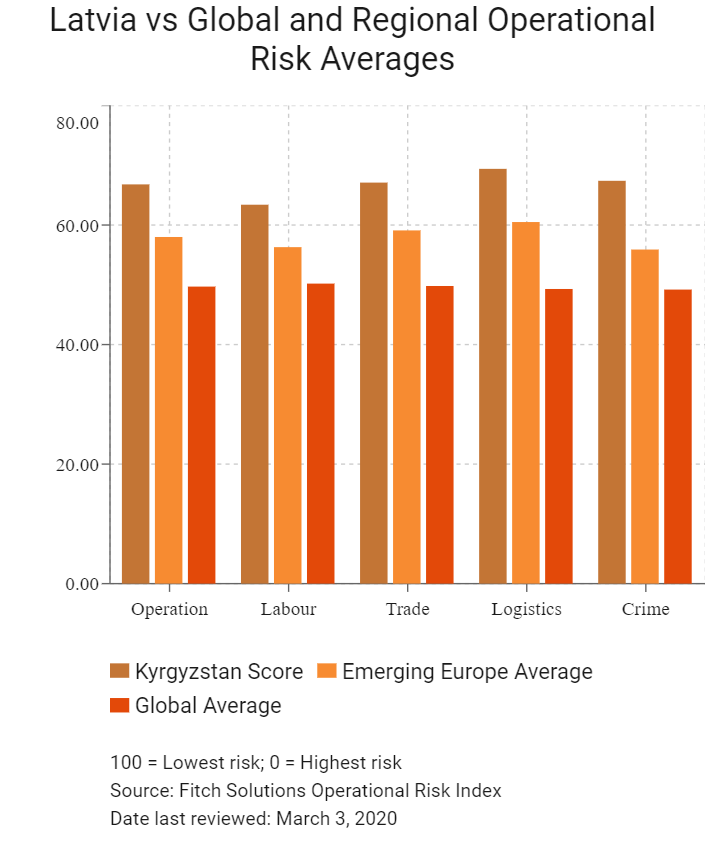 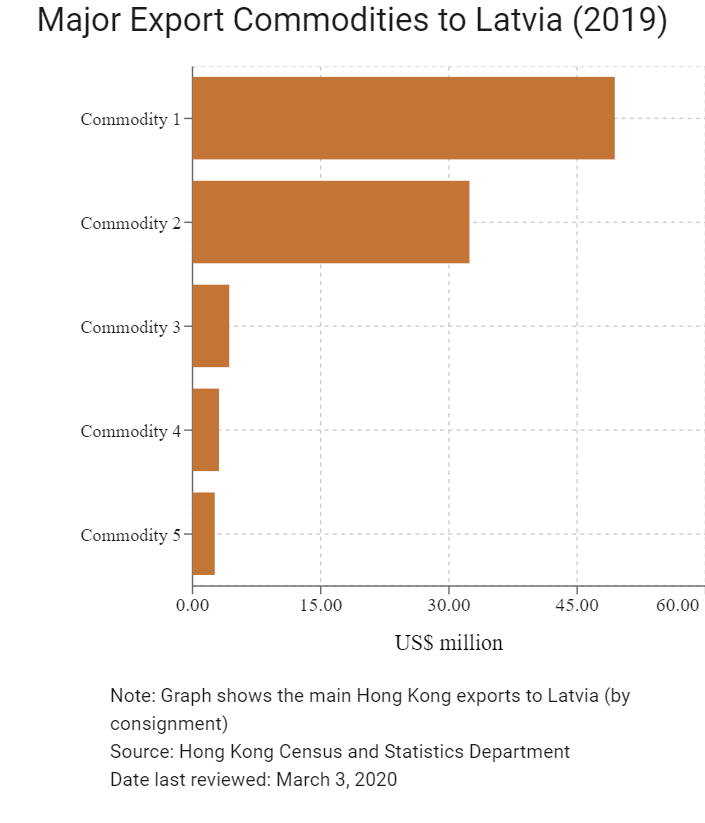 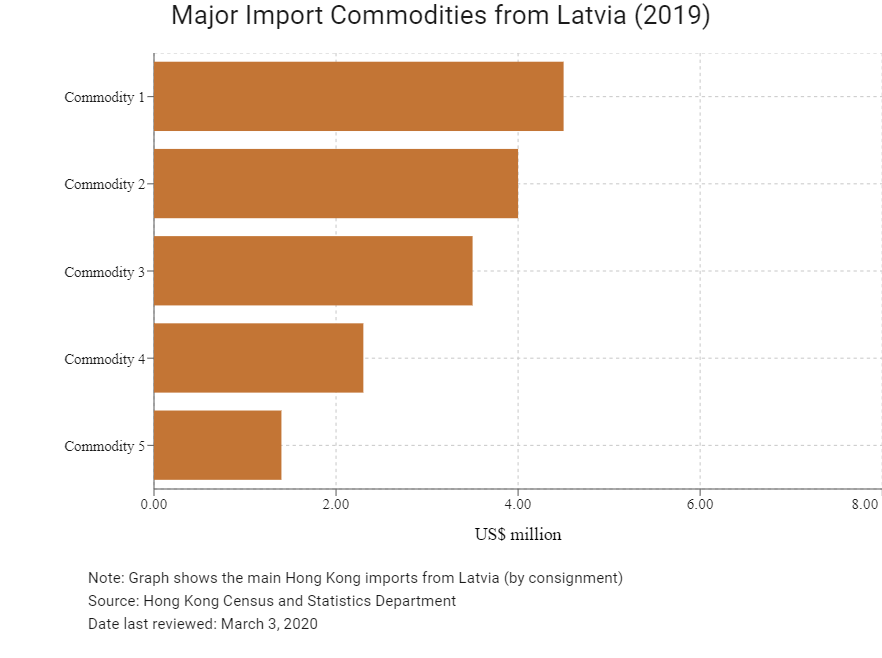 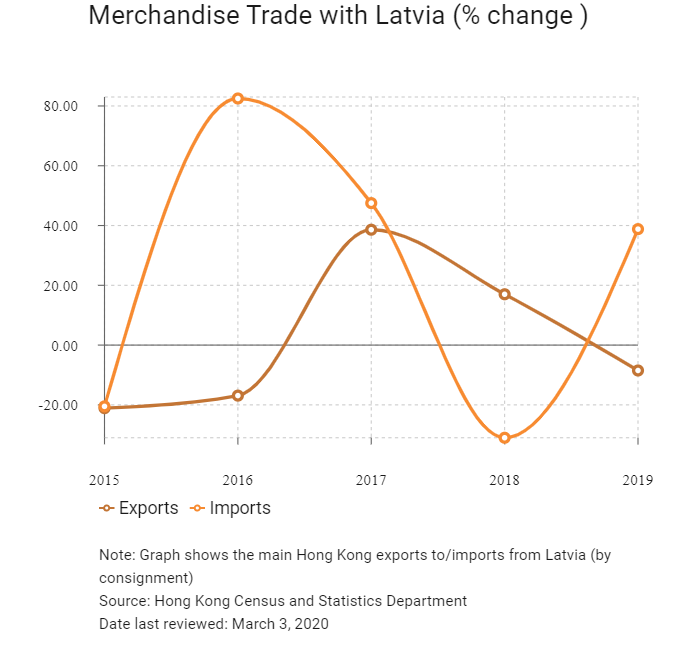 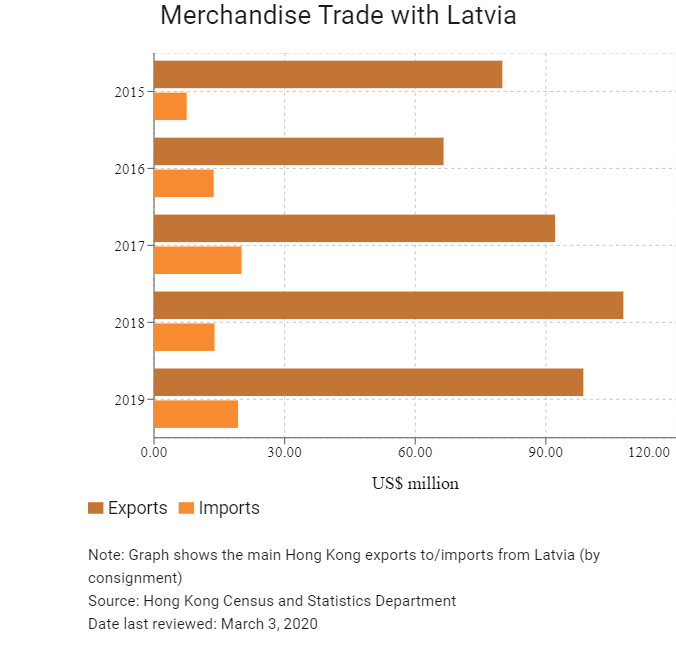 Treaties and Agreements between Hong Kong, Mainland China and Latvia

HKSAR passport holders do not need a visa for Latvia for a period of up to 90 days.