Kuwait has a geographically small, but wealthy, and relatively open economy with significantly high crude oil reserves. An extension of OPEC+ production cuts will weigh on Kuwait's growth rate over the coming quarters. Against this backdrop, fiscal revenues from the oil and gas sector, which typically make up 90% of total revenues, will lead to a decline in total revenues. At the same time, there is little likelihood that spending will be meaningfully reined in, in light of lower revenues. Public finances should also be supported by the gradual implementation of spending and revenue reforms, including the implementation of a value-added tax (VAT) in the near future. Absolute poverty and involuntary unemployment are virtually non-existent. In addition, 80% of employed Kuwaiti nationals work in the public sector. In contrast, expatriates, who make up two-thirds of the population, constitute the bulk of lower-income residents.

November 2015
Opposition groups and their allies in Kuwait won nearly half the 50 seats in parliament.

October 2018
The Public Authority for Roads and Transportation in Kuwait was set to award up to 13 deals pertaining to road projects across the country. The schemes to be contracted include an extension of the Seventh Ring Road Project, which involved building 93km of highways; an extension of the Salmi highway; and the construction of a northern regional road from Al Mutla'a. It would also cover work for phases two and three of the South Surra Road modernisation package, which included the construction of roads, bridges and sewerage systems.

March 2019
Kuwait's Ministry of Public Works launched tenders for around 125 development projects across the country, as part of its plan for the FY2019/2020 ending March 31, 2020 (Arab Times). Of the total, 23 belong to the healthcare engineering sector, while 51 were classified as maintenance engineering projects. Some were renovation projects including road repair and refurbishment of government buildings. The schemes would include construction of aircraft parking stands and transport corridors for Kuwait International Airport's new Terminal 2, a new private school in the southern commercial hub of Egaila, a volunteer centre and a children's hospital.

April 2019
Korea Land and Housing Corporation (LH), as part of a consortium, was preparing the master plan for South Saad Al-Abdullah New City in Kuwait. South Saad Al-Abdullah New City would come up on 64.4sq km site and would be one of the nine new cities that Kuwait plans to build. The city would feature minimum 25,000 houses. LH had commissioned specialists to examine the project site and start design work, drawing up a master plan to construct a futuristic city connected with smart devices.

July 2019
Planning was under way to build an industrial techno-complex in Kuwait. The facility, covering an area of 200,000 square meters, would contribute to industrial and technical research and innovation, especially in the petrochemical, renewable energy and water resources sectors. It would also include training and rehabilitation centres for the industrial sector.

November 2019
SSH was appointed as design consultant for the Hessah Al Mubarak mixed-use district project, which had a total leasable built-up area of 381,000sq m, in Kuwait. The project would consist of 82 plots for residential buildings, serviced apartments, offices, clinics, health clubs and retail spaces, among others. SSH would provide design consultancy services, which included architectural, interior design, landscape, structural, civil and mechanical, electrical and plumbing engineering design for various plots located in different segments within the master plan. It would also undertake quantity surveying, preparation of tender documentation, and delivering permitting and tendering services for the scheme, according to a press release from SSH.

2020
Kuwait was expecting the Clean Fuels Project and the Al-Zour refineries to come online in 2020. This would increase Kuwait’s refined products production by almost 30% in 2020, which in turn would offer a substantial boost in goods exports. 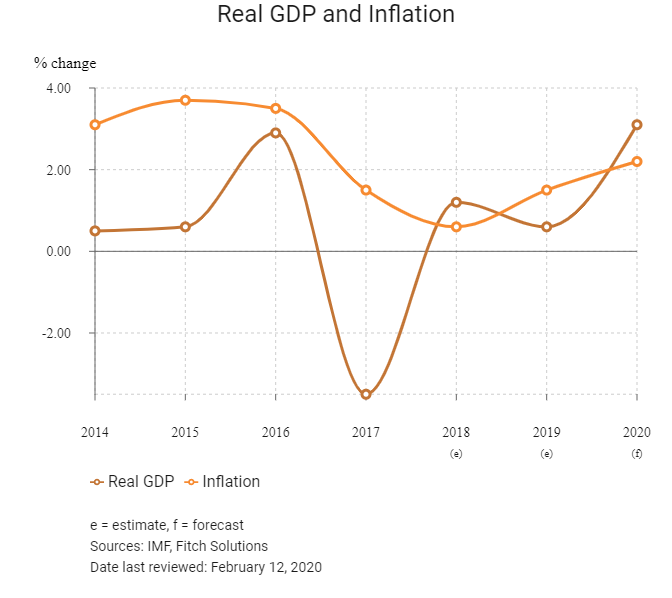 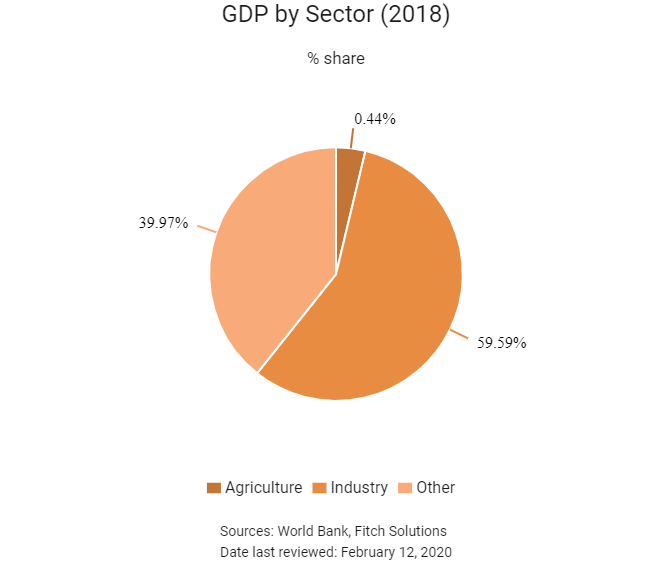 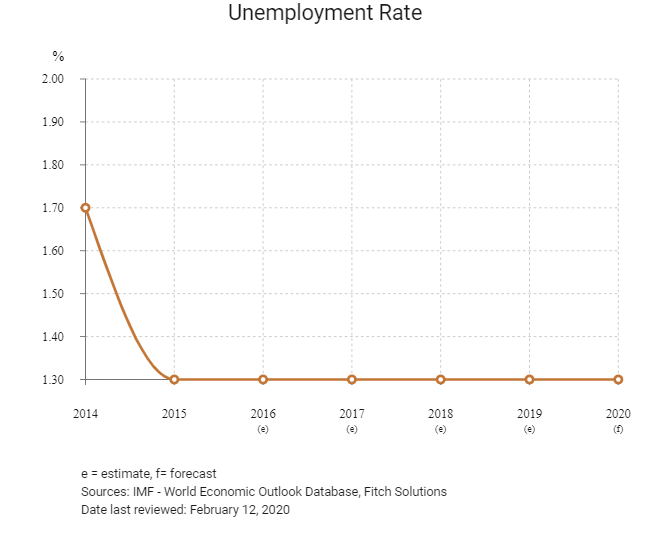 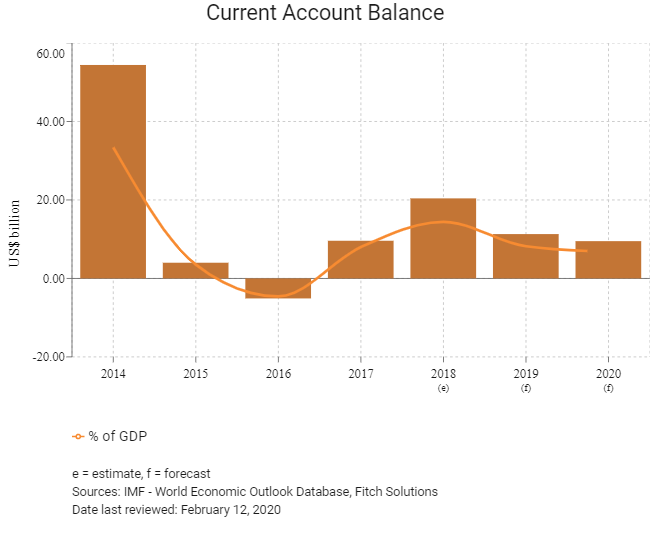 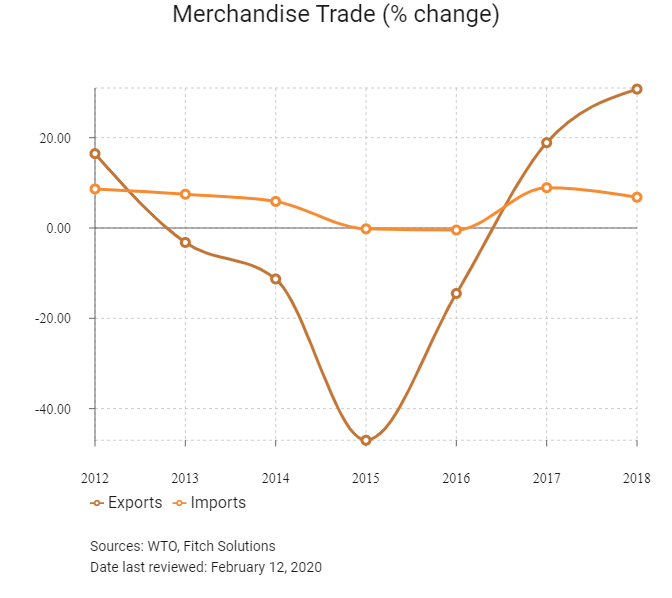 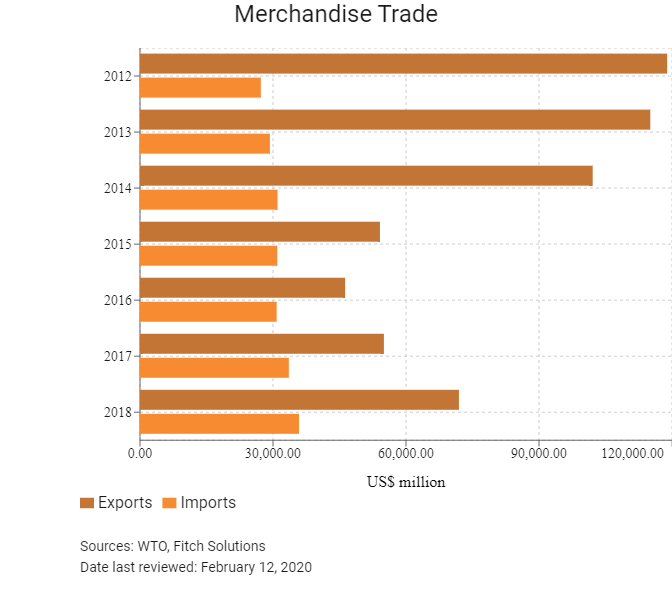 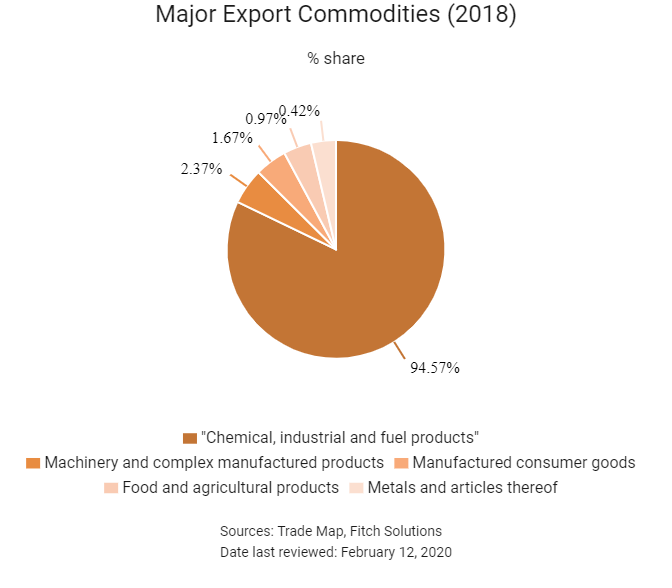 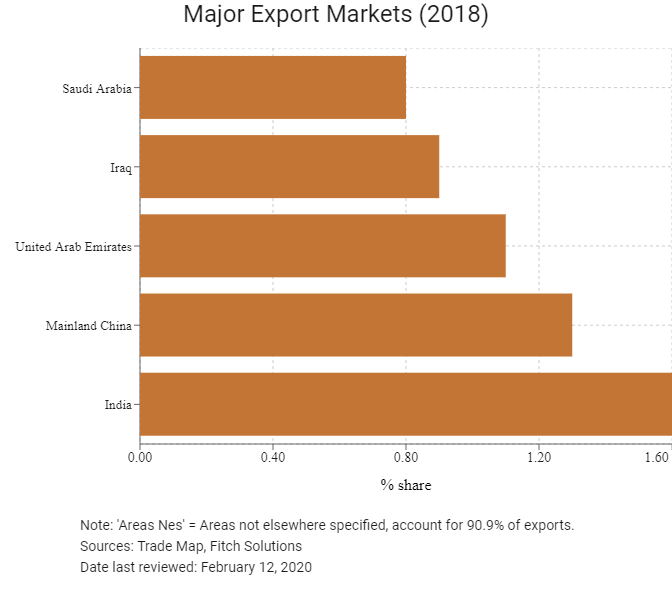 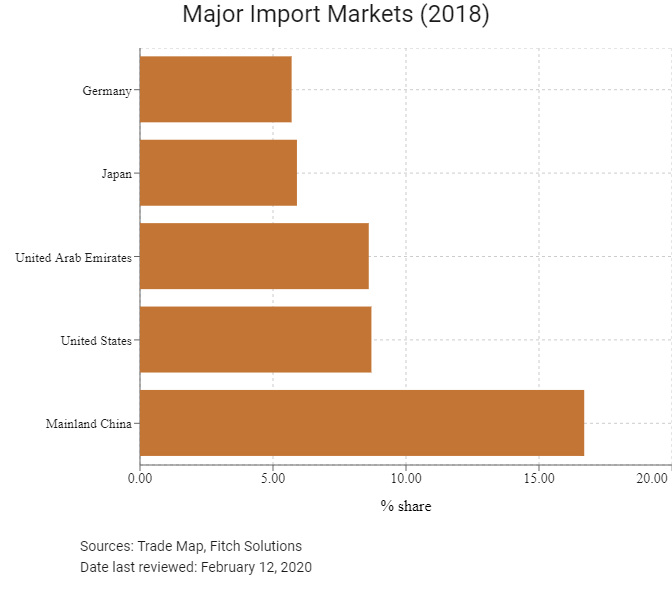 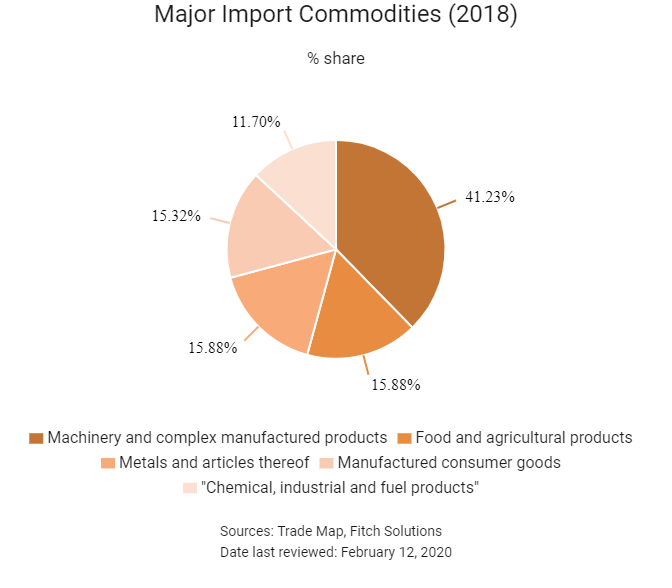 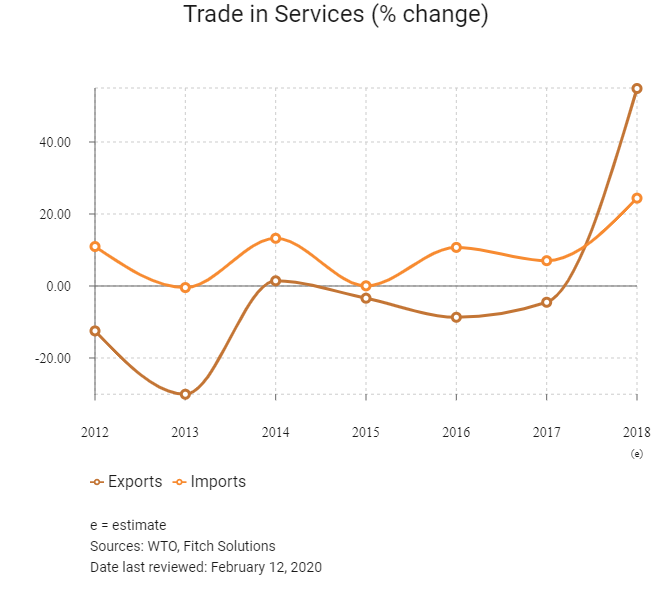 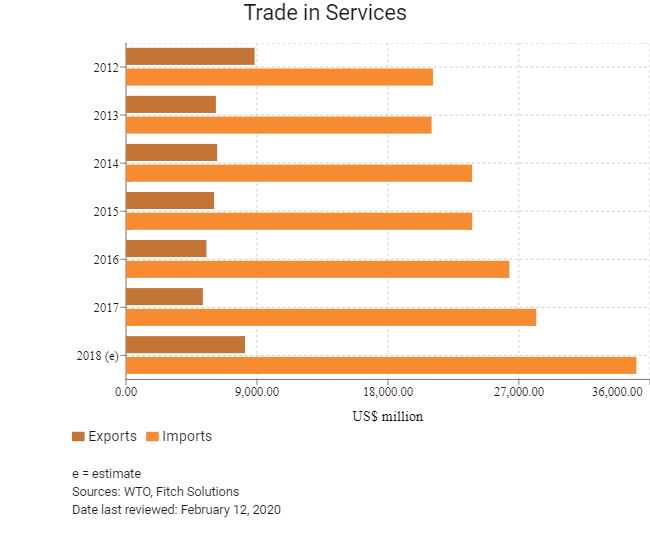 The gradual implementation of spending and revenue forms part of efforts to diversify revenues among GCC members.


Signed But Not Yet In Effect

The Trade Preferential System of the Organization of the Islamic Conference (TPS-OIC): The agreement would see to the promotion of trade between member states by including most-favoured nation principles, harmonising policy on rules of origin, exchanging trade preferences among member states, promoting equal treatment of member states and special treatment for least developed member states and providing for regional economic bodies made up of OIC nations to participate as a block. The agreement will cover all commodity groups. The OIC is made up of 57 members, making a full realisation of such an agreement highly impactful, encompassing approximately 1.8 billion people. Although the Framework Agreement, the Protocol on Preferential Tariff Scheme and the Rules of Origin have all been agreed on, a minimum of 10 members are required to update and submit their concessions list for the agreements to come into effect. As of January 2019, only seven nations have done so. 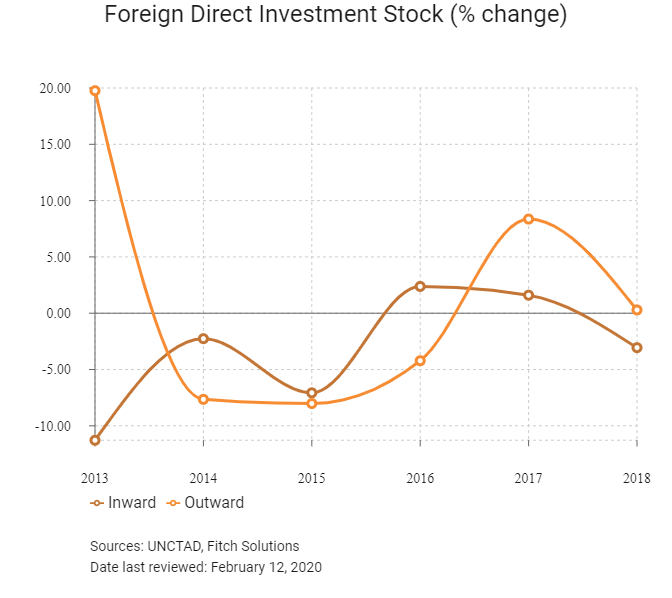 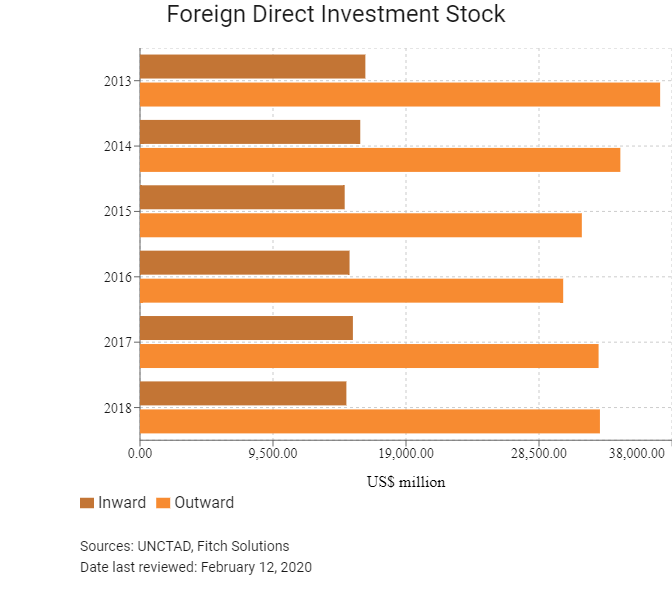 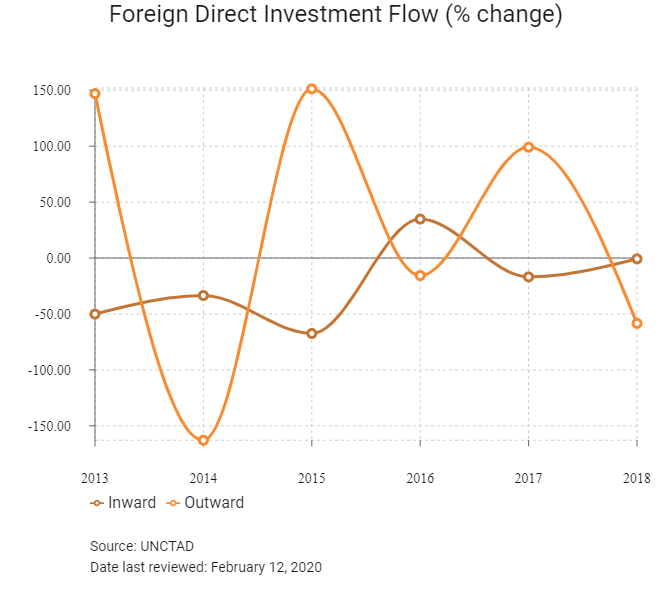 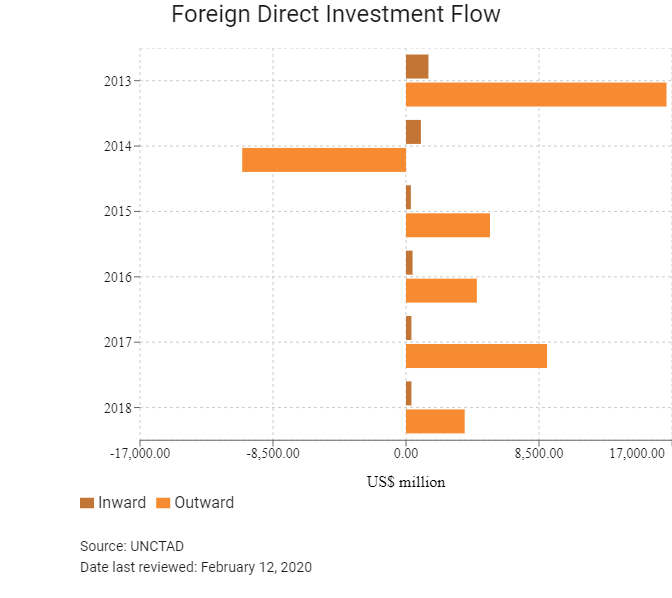 The Kuwaiti government is attempting to increase the employment of its citizens in the private sector. The government has applied more stringent requirements for the employment of foreign workers since 2014 as part of its 'Kuwaitisation' policy. A recent development was in April 2019, when Kuwait hiked its medical fees for expatriates in the country. They will now have to pay a USD33 (KWD10) fee to access medical treatment at polyclinics. The move comes after the country increased healthcare fees for foreigners for the first time in more than two decades in 2017. Kuwait made significant efforts to reduce the number of foreign workers in the domestic labour force over the course of 2016. In January 2017, it was reported that the Kuwaiti authorities deported more than 29,000 foreign workers throughout 2016 (an average of 80 per day) for reasons such as work permit violations, criminal activity and labour law violations. Kuwaiti Members of Parliament (MPs) are continuing their clampdown on foreign workers in Kuwait by advocating for further restrictions on their employment and making Kuwait a more expensive relocation destination. The authorities announced that all non-Kuwaitis working for the government will be replaced by locals over the next five years. This follows a range of proposals since a November 2016 election that led to a large increase in the number of seats held by the opposition in parliament. The majority of these opposition MPs are anti-austerity populists who have made a range of proposals targeting foreigners in the country, including the imposition of a 5% tax on all remittances being sent home by foreign workers and the removal of subsidised healthcare for non-Kuwaitis. Other proposals have included the introduction of nationality quotas and increasing charges for residency permits and visas for visiting family members.

To live and work in Kuwait, expatriates from outside the GCC must have iqama (a residence permit) which requires a Kuwaiti sponsor to obtain. The sponsoring employer must apply for a work permit from the Ministry of Social Affairs and Labour and acquire a no-objection certificate from the General Administration of Criminal Investigation at the Ministry of Interior. From January 1, 2018, the immigration and labour authorities no longer issue new work permits to professional foreign nationals under the age of 30.

Visitors from non-GCC states require a visa for business or tourism purposes. British citizens can obtain a visa on arrival. It is noted that Israeli passport holders or those with an Israeli stamp in their passport may be denied entry to Kuwait on arrival. From January 2018, expatriate employees have to provide evidence of their educational qualifications in order to renew their visas.

While the 'Kafala' system has provided ease of access to inexpensive foreign labour imports for many businesses in Kuwait for years, this has also limited Kuwaiti employers from employing foreign labourers who are already in the country. This is because foreign workers currently employed under the 'Kafala system' in Kuwait require the permission of their current employer (the 'sponsor' of their work permit) if they want to change employers. After receiving significant criticism from international human rights groups over the fact that the country has not made significant reforms to its 'Kafala system' as many other GCC states have done, the Kuwaiti government announced in February 2017 that it was considering the cancellation of this system. The government is currently considering a system where it would effectively be the sponsor of all foreign private sector employees and where foreign workers (especially in low-skilled positions) would be accorded more rights.

ECONOMIC RISK
Kuwait has made substantial fiscal and structural progress; however, with oil revenues accounting for almost two thirds of the economy and 90% of the government's revenues, the economy remains vulnerable to fluctuations in global energy markets. Meanwhile, the process of diversifying the economy away from oil has been pedantic.

OPERATIONAL RISK
Kuwait is attractive for commercial businesses as it offers one of the more secure operating environments in the region, along with its excellent availability of low-cost fuel and basic utilities. However, stringent foreign investment policies, limited economic diversity and an over-reliance on the hydrocarbon sector inhibit opportunities for investors, while extensive and time-consuming bureaucracy hinders many business operations.The absence of a rail network also exerts high pressure and severe congestion on the road network. 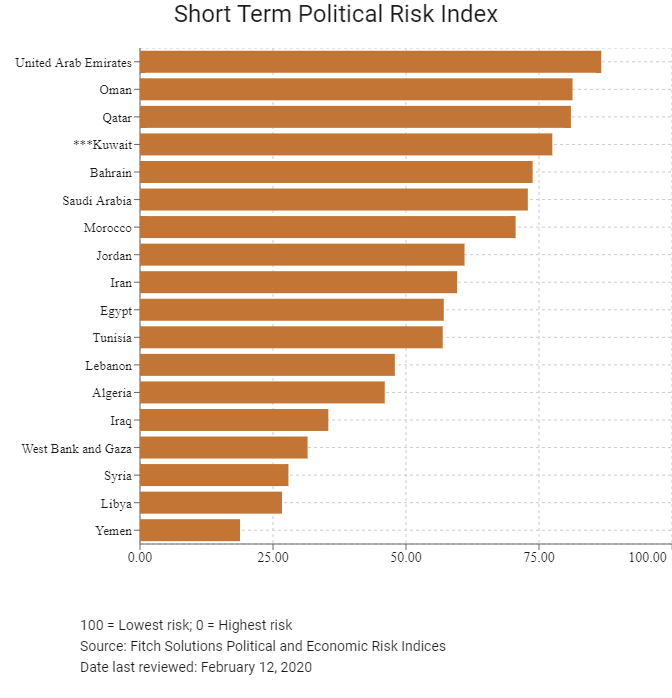 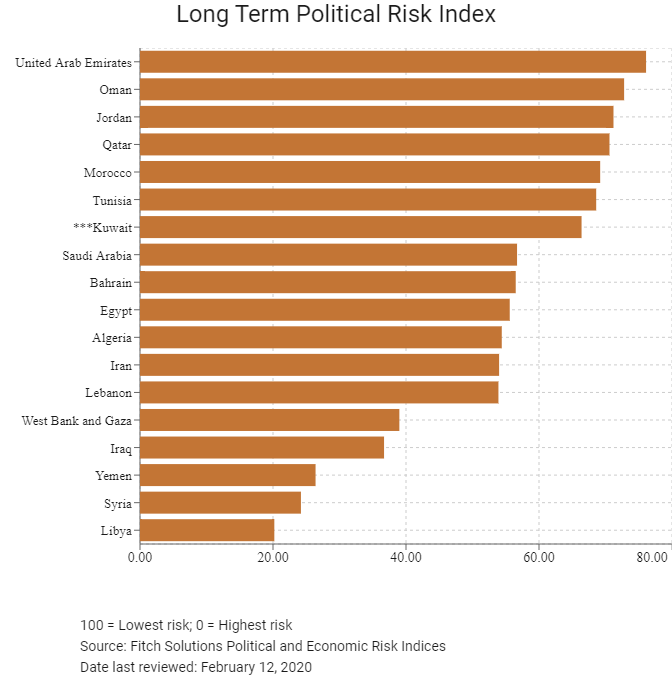 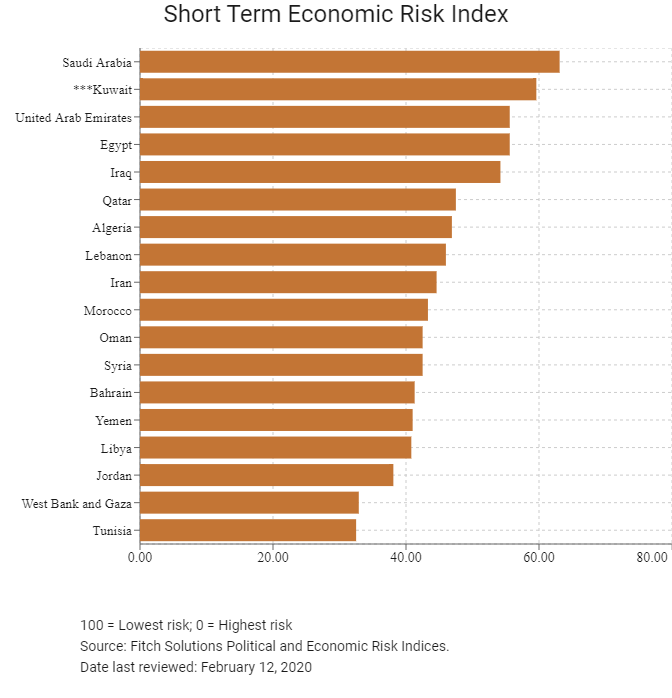 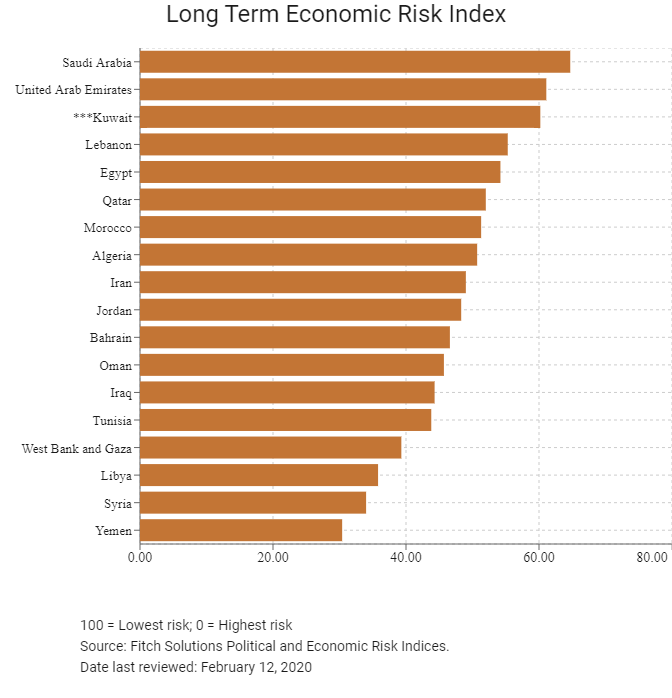 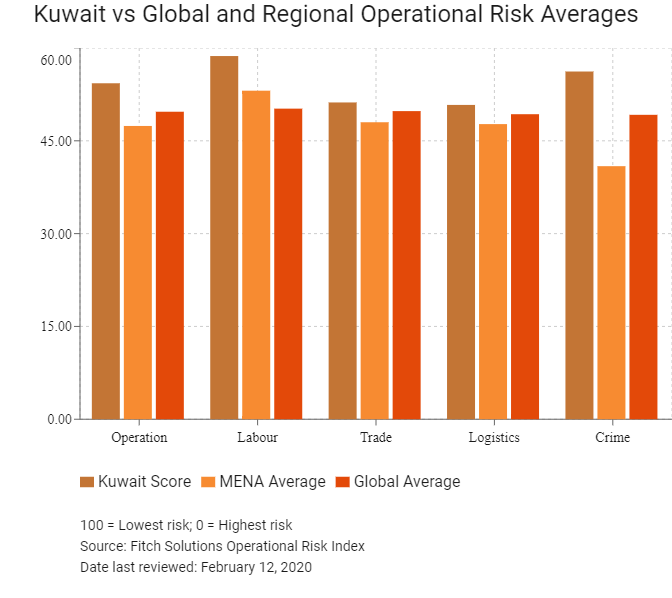 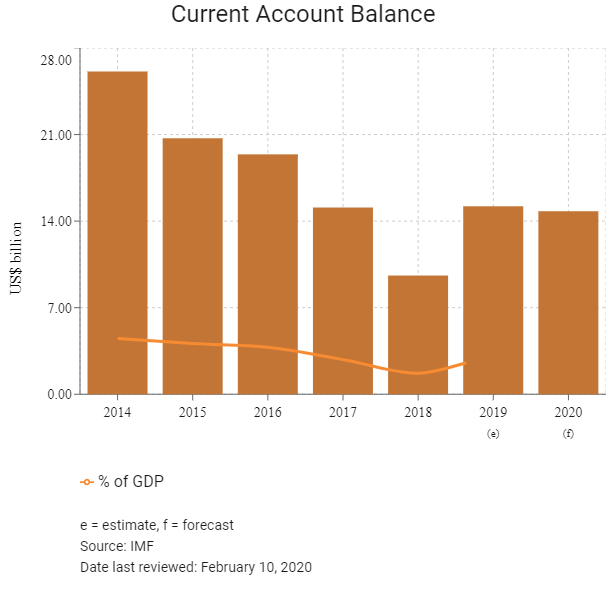 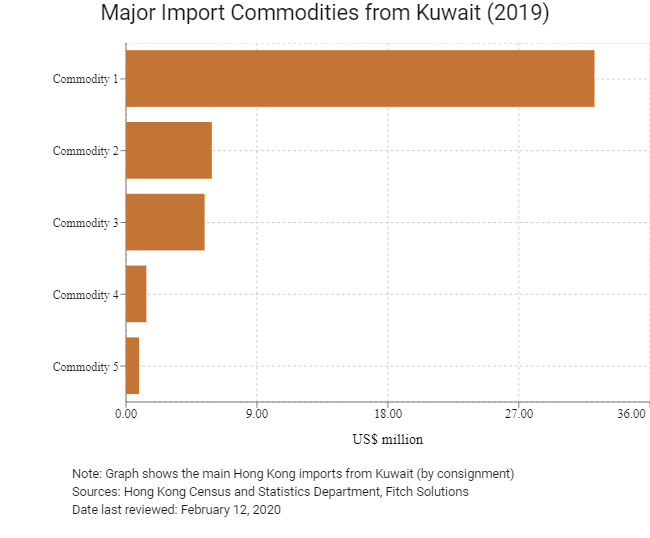 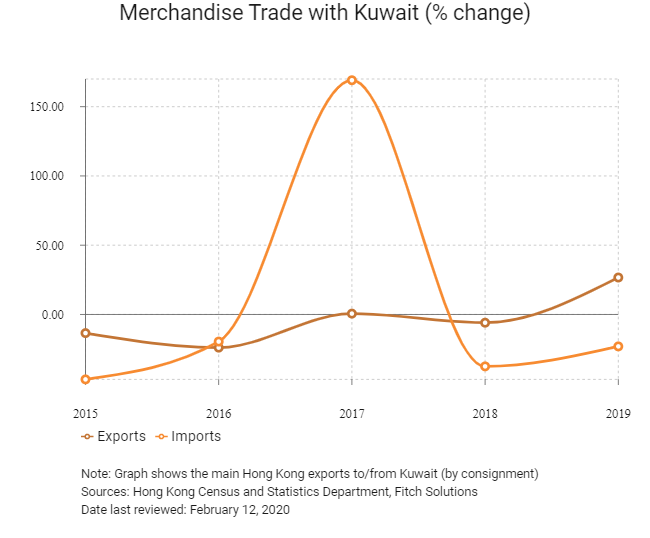 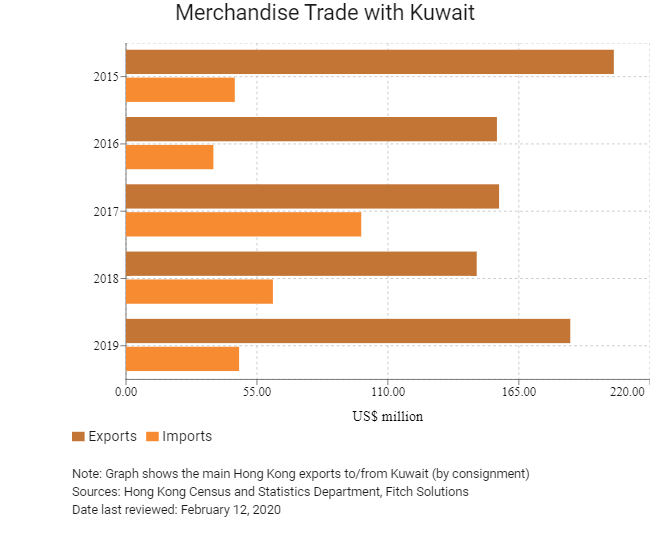 Treaties and agreements between Hong Kong and Kuwait

The Double Taxation Agreement (DTA) between Hong Kong and Kuwait was signed by the two nations on May 13, 2010 and entered into force on July 24, 2013.

The Arab Chamber of Commerce & Industry

The Arab Chamber of Commerce & Industry (ARABCCI) was established in Hong Kong 2006 as a leading organisation at promoting commercial ties between Hong Kong/Mainland China and the Arab World.

Listing of Government and Related Organisations in Kuwait