After a six-year recession Croatia returned to growth in 2015 and continued this trend up until 2019. However, Croatia's short-term economic outlook has deteriorated sharply with the onset of the Covid-19 crisis in Q120. Weakened domestic and external demand will see growth contract once again in 2020. This said, we expect to see a notable rebound in growth in 2021 in light of this low base. Long-term growth projections suggest that improvements in Croatia's economy will be gradual rather than spectacular over the next decade. Access to the European Union (EU) internal market helped connect the economy to global value chains, and tourism is experiencing historic highs. However, the uptick in outward migration, the country’s ageing population, the slow pace of structural reform implementation and the high level of public debt risk undermining Croatia's growth opportunities. Lastly, the country's ambition to join the eurozone will likely become feasible in the mid-2020s, although it may be delayed in part due to rising euroscepticism within core countries which will lessen the willingness to absorb new members.

The Croatian government announced that it had awarded licenses for gas and oil exploration on six blocks in its flat north-east region to two local and two foreign companies.

Croatia backed down on changes to its pension system as parliament reinstated a retirement age of 65 after leading trade unions staged protests against increasing it to 67.

The EC has approved EUR156.6 million financing from the EU Cohesion Fund to support two schemes relating to the modernisation of water and wastewater infrastructure in Croatia. About EUR105.6 million will be directed towards rehabilitating 350km of water supply and wastewater network in Kaštela-Trogir area in the Split-Dalmatia County. The financing will also cover extension of the Divulje wastewater treatment plant and construction of a similar plant on the island of Ciovo. The other scheme in Zapresic area, near Zagreb will receive the remainder of the allocation to improve access to better drinking water in the area. Under the initiative, more than 19,000 people in Zapresic will be connected to the wastewater network via 135km of new pipeline. Both the projects are expected to be completed in 2023.

Design works were under way on the 160km gas pipeline connecting Zagvozd in Croatia with Posusje and Travnik in Bosnia and Herzegovina, with a branch to Mostar. The drafting of the project documentation, which is funded by a grant from the EC, is expected to be completed in Q320. The pipeline is likely to be completed by 2023/2024.

Valamar Riviera's board approved an investment programme for 2020 with around EUR111 million to be spent on repositioning and upscaling company's portfolio, mainly in Croatia. Under a three-year project, the firm will complete repositioning of Istra Premium Camping Resort in Funtana into a five-star camping resort in 2020. The tourism company also will continue investing in its other Croatian properties including Padova Premium Camping Resort on Rab Island, Valamar Meteor Hotel in Makarska and Valamar staff residence in Dubrovnik.

Former Prime Minister Zoran Milanovic from the Social Democratic Party of Croatia (SDP) won the presidential election in Croatia on January 5, defeating the incumbent right-wing President Kolinda Grabar-Kitarović who was backed by the ruling centre-right Croatian Democratic Union (HDZ). The result would raise the profile of the SDP – one of Croatia’s two major political parties next to HDZ – ahead of parliamentary elections, which will take place by December 2020.

The EU’s top court ruled that it had no jurisdiction to settle a border dispute between Slovenia and Croatia, complicating Croatia’s accession to the Schengen free-travel area. Slovenia had argued that its fellow EU member could be sued under EU law because it was not implementing a 2017 border ruling by the intergovernmental Permanent Court of Arbitration in The Hague.

Prime Minister Andrej Plenkovic said that Croatia has been allocated EUR1 billion by the European Commission to assist its economic recovery after the crisis caused by the Covid-19 pandemic. 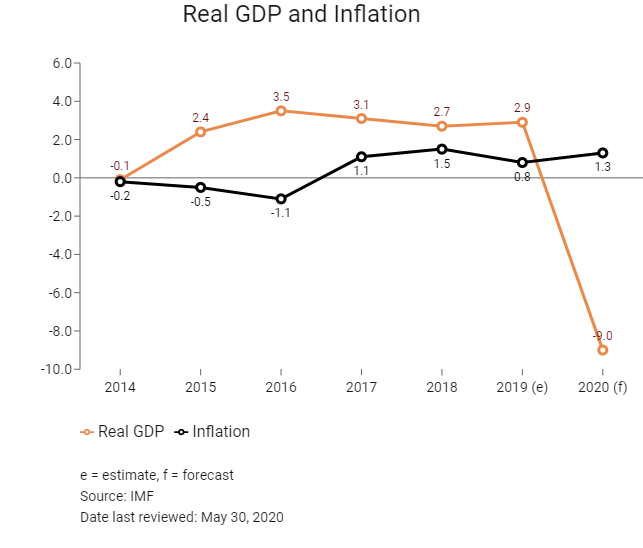 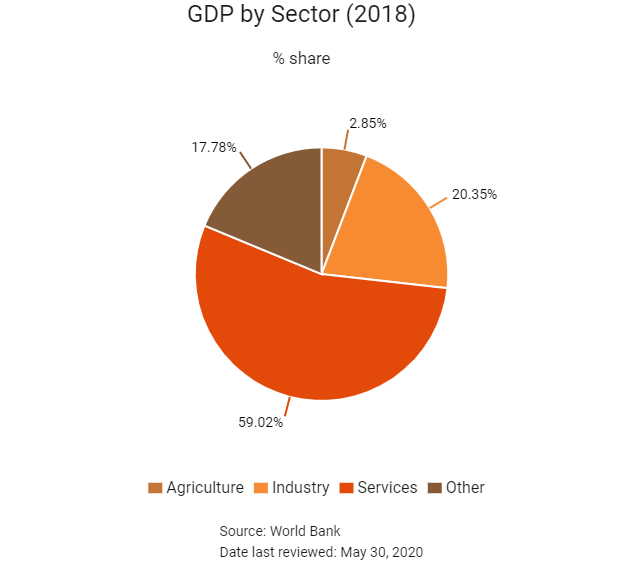 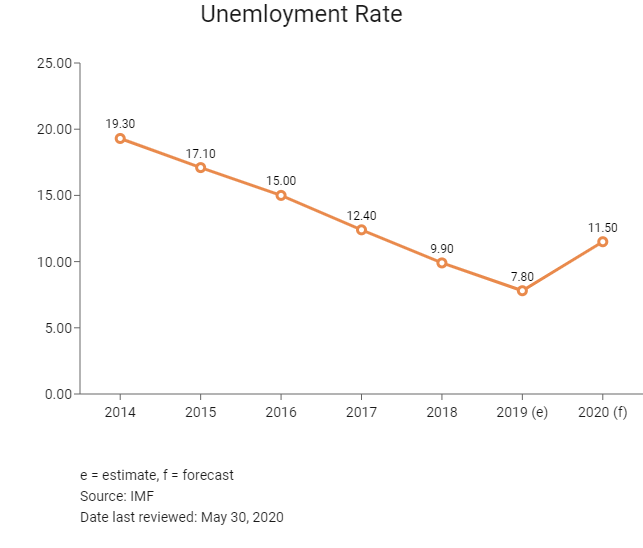 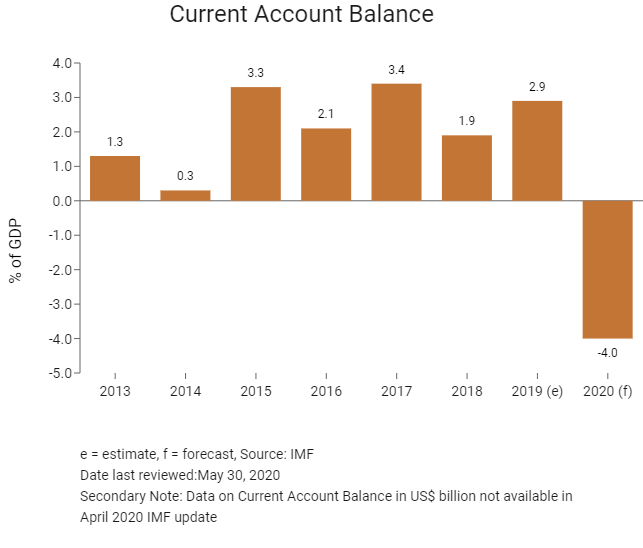 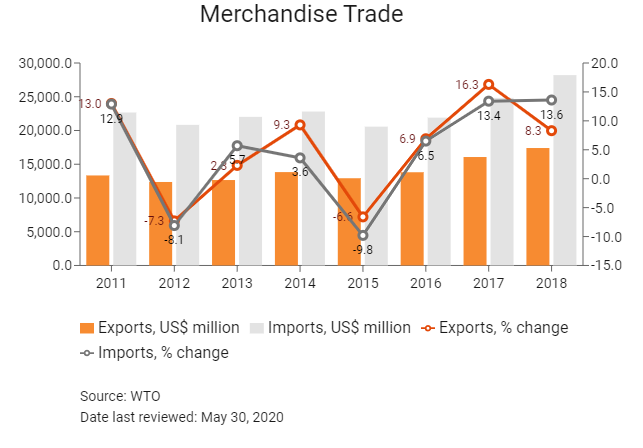 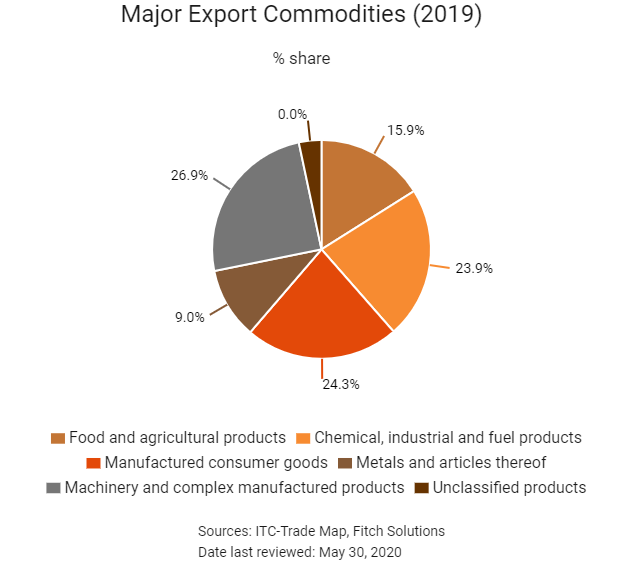 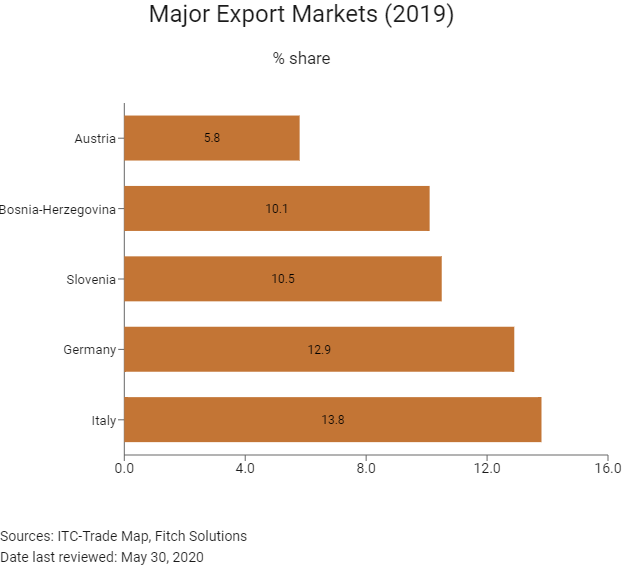 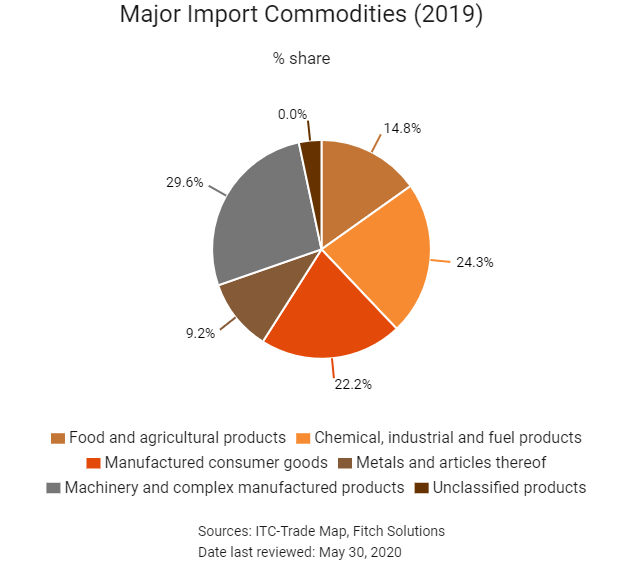 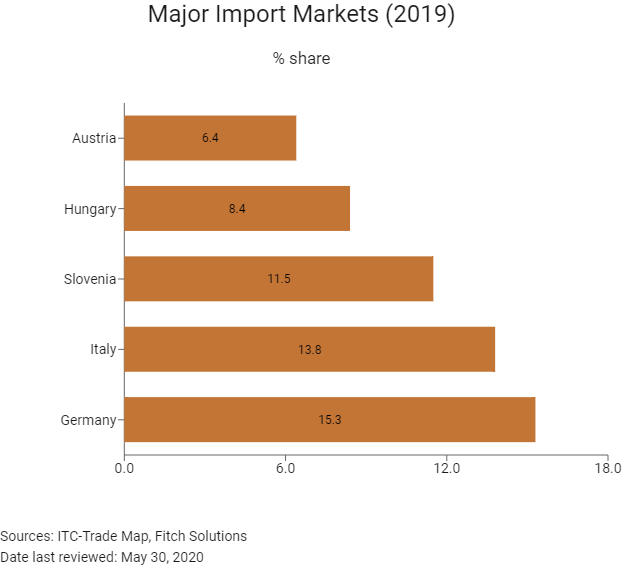 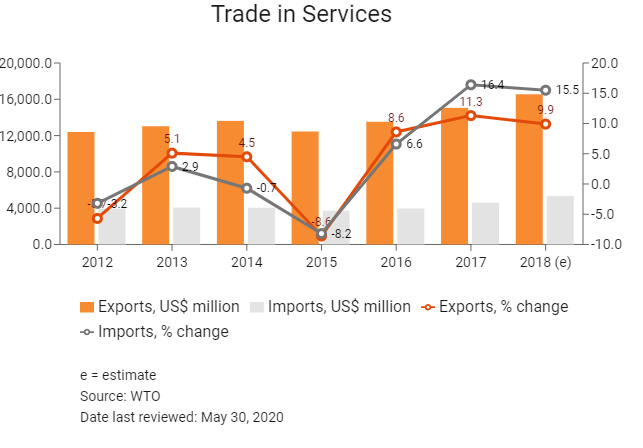 CETA: CETA is an agreement between the EU and Canada. CETA was signed in October 2016 and ratified by the Canadian House of Commons and EU Parliament in February 2017. However, the agreement has not been ratified by every European state and has only provisionally entered into force. CETA is expected to strengthen trade ties between the two regions, having come into eﬀect in 2016. Some 98% of trade between Canada and the EU will be duty free under CETA. The agreement is expected to boost trade between partners by more than 20%. CETA also opens up government procurement. Canadian companies will be able to bid on opportunities at all levels of the EU government procurement market and vice versa. CETA means that Canadian provinces, territories and municipalities are opening their procurement to foreign entities for the first time, albeit with some limitations regarding energy utilities and public transport.

EU-Central America Association Agreement (Guatemala, El Salvador, Honduras, Nicaragua, Costa Rica, Panama, Belize and the Dominican Republic): An agreement between the parties was reached in 2012 and is awaiting ratification (29 of the 34 parties have ratified the agreement as of October 2018). The agreement has been provisionally applied since 2013. 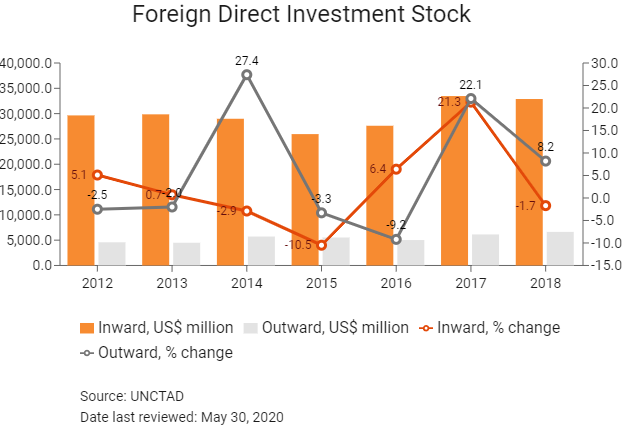 The headline corporate tax rate in Croatia is 18%. However, Croatia has so many corporate tax exemption schemes that the majority of businesses do not need to pay any corporate profit tax. Social Democratic Party leader Davor Bernardić has called for VAT rates in the hospitality and hotels sectors to be reduced to 13% and 10% respectively.

The Ministry of Labour announced in June 2018 that the country required 35,500 foreign workers, up from the 31,000 it had initially anticipated requiring. The workers are necessary to support Croatia's booming tourism industry. In November 2019, the Croatian government laid out a draft of its law on foreigners, which states that an employer from Croatia seeking to hire a foreign – (non-EU – worker will have to contact the Croatian Employment Services’ regional office to verify whether or not there are any unemployed persons in their records who meet the employer’s requirements.

Owing to the high emigration levels of highly qualified individuals from Croatia, the country is flexible when it comes to importing labour to meet its market needs. Although the country is a part of the EU and is open to international migrants, the majority of migrants are unskilled workers from neighbouring countries. This is a cause of domestic tension, considering Croatia's high unemployment rates.

In recent years, owing to EU membership, the Croatian government has been under pressure to increase annual work permit quotas by 40% for foreign workers. As an EU member Croatia can easily recruit for its skills shortages from within the union as citizens have freedom of mobility. Work permits for non-EU nationals are issued for a period of up to two years (EU Blue Card) and require the applicant to go through more bureaucratic procedures than citizens of the EU.

As a member of the EU Croatia does not impose any travel restrictions upon any other European state. Countries such as the United States, Canada, Australia, Japan and South Korea, along with a number of Latin American states do not face any travel restrictions. However, African citizens, along with most Asian and Middle Eastern citizens, may not travel to Croatia without obtaining a visa in advance.

ECONOMIC RISKCroatia's short-term economic outlook has worsened precipitously as emergency lockdown measures across the country stifle domestic demand, disrupt supply chains and - crucially - endanger the all-important tourist sector. With services (primarily tourism related)  being the dominant sector of the economy, the risk of rising unemployment is high. This will have multiple knock-on effects for private consumption and productivity. The government's carefully observed policy of fiscal consolidation has been blown off course by the Covid-19 induced economic collapse. High budget deficits and growing national debt will follow, despite prior commitments.

OPERATIONAL RISKCroatia offers a safe operating environment and is one of the most appealing investment destinations in the South East Europe region. Crime and security risks are limited, and the country benefits from having an efficient police force and membership to various regional security organisations. In addition, the country boasts a good transport network with strong regional and internal links that help to facilitate the streamlined movement of freight and labour. Businesses operating in Croatia also benefit from universal access to electricity, water and fuel at competitive prices. However, the Croatian labour market is increasingly tightening, which drives up the cost of labour and will dissuade more labour intensive businesses from setting up operations in the country. The country's overall operational risk is pushed up by its small population size and GDP, as well as its rigid labour market regulations. Operational risks are further being elevated by the Covid-19 pandemic, which is hampering businesses' activity and negatively affecting all sectors of the economy. 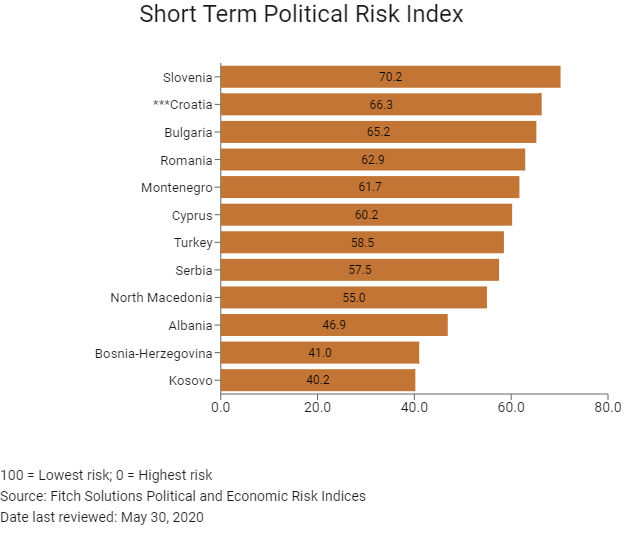 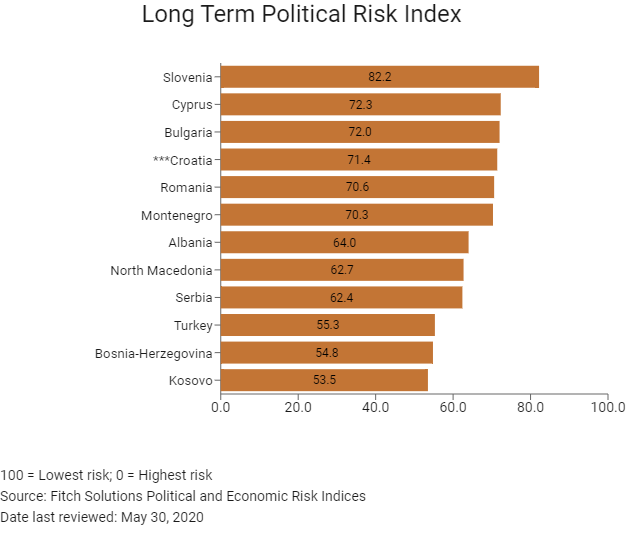 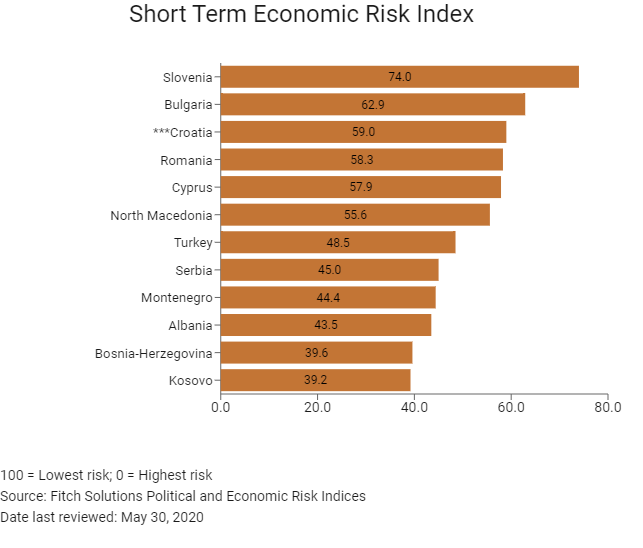 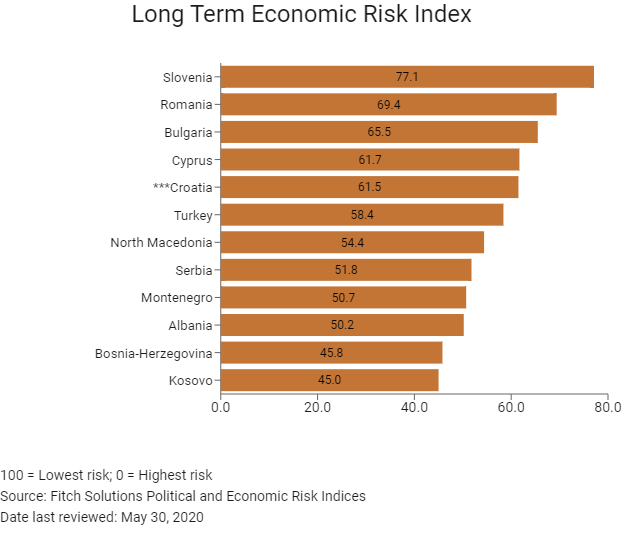 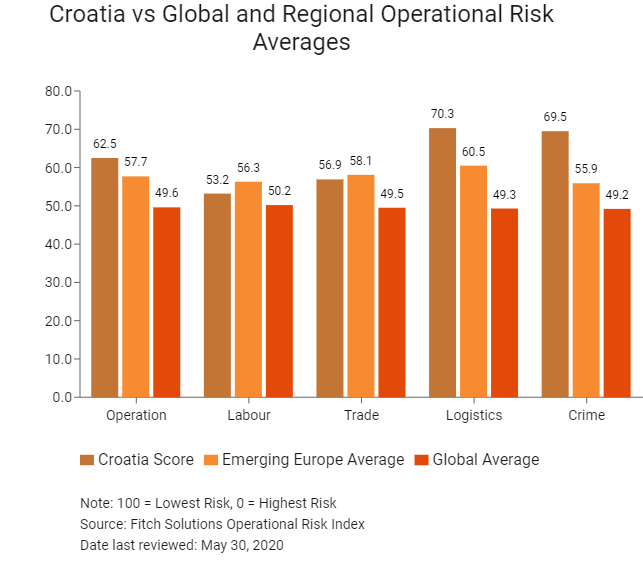 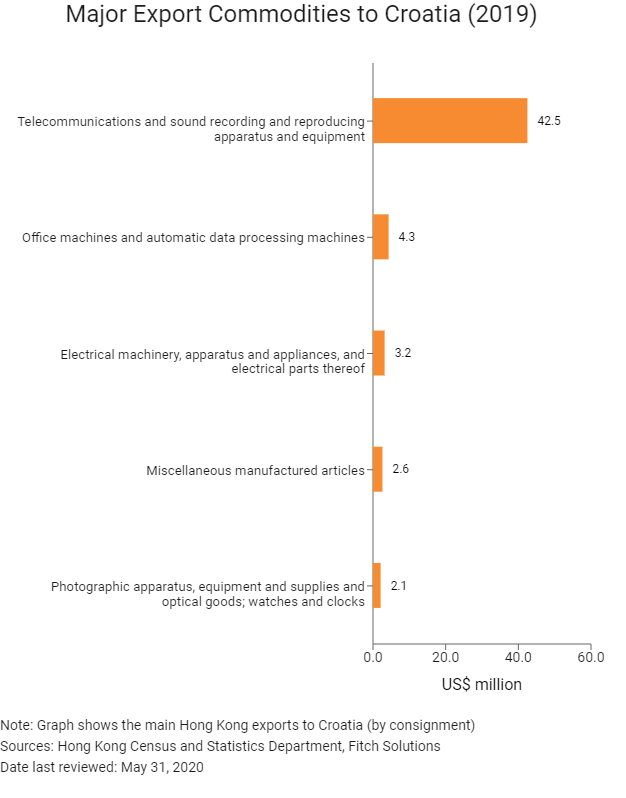 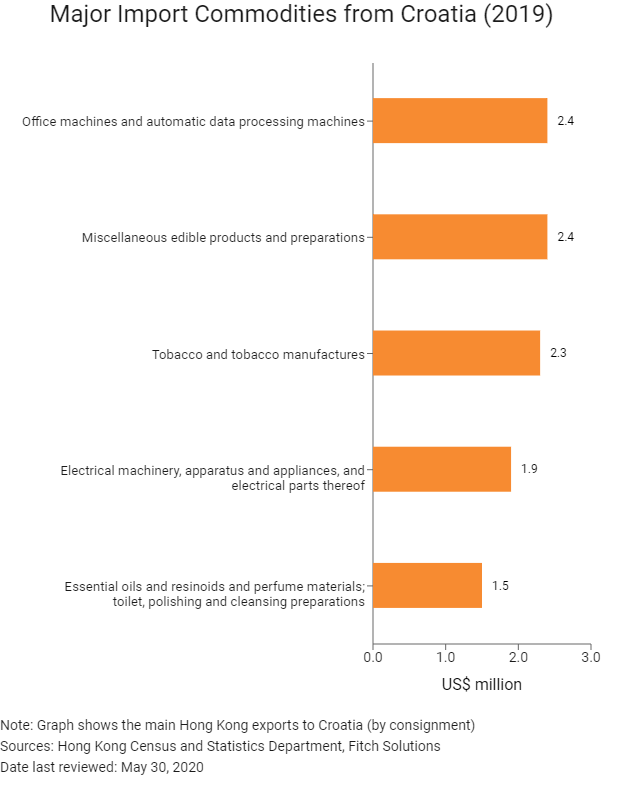 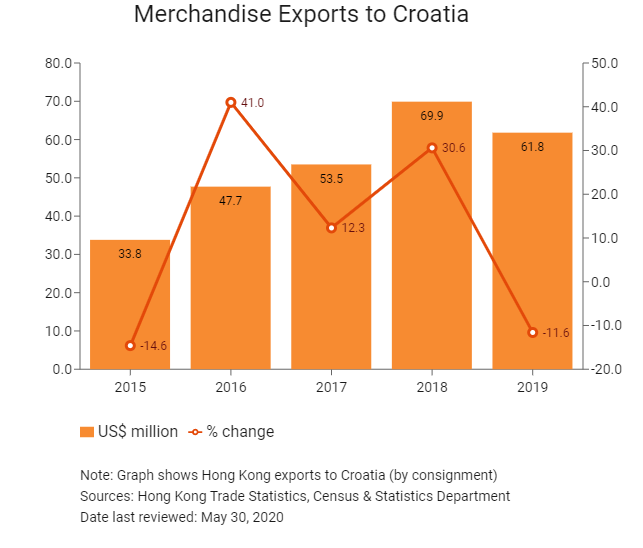 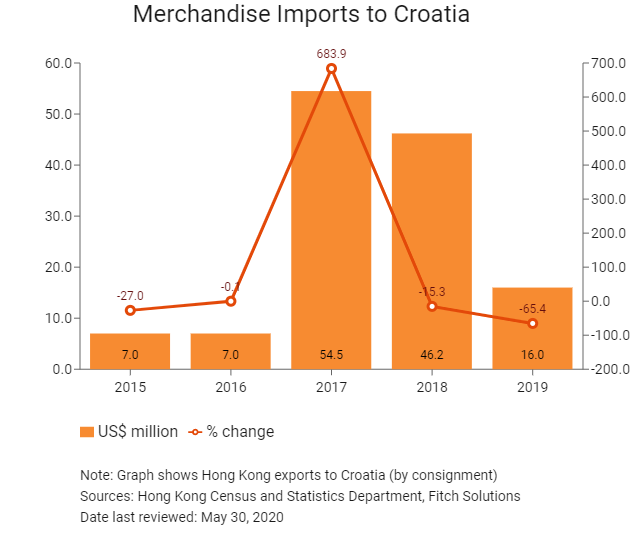 Treaties and Agreements between Hong Kong and Croatia