Algeria is ranked as one of the most important economies in the MENA region and within the Maghreb. The country is one of a handful of countries which has achieved 20% poverty reduction in the past two decades. Historic economic growth has been primarily driven by oil and natural gas production, which have traditionally accounted for more than 90% of export revenues, 60% of state budget revenues and 40% of GDP. The Algerian national oil company, Sonatrach, plays a key role in all aspects of the oil and natural gas sectors in Algeria. Looking ahead, the hydrocarbon-reliant Algerian economy will experience a slowdown in growth, as its adjustment to a lower oil price environment continues while reform momentum remains slow.

December 2018
Algeria and Mainland China sealed a deal to construct a USD6 billion phosphate project, scheduled to be completed by 2022. The project aimed to exploit huge quantities of high quality phosphate, which would then be used to produce fertilisers, ammonia, silicon and other materials used in economic activities.

February 2019
Nissan Motor unveiled plans to form a joint venture with Groupe Hasnaoui to build a vehicle manufacturing plant in Algeria. The project would entail an investment of USD160 million. The facility, with a capacity to build 63,500 passenger cars and light commercial vehicles annually, would produce several models.

September 2019
The General Directorate of Taxes announced the draft budget for 2020, which included measures to implement incentives for high-technology and innovative start-ups, Value Added Tax (VAT) exemptions and methods to prevent VAT fraud.

April 2020
The Bank of Algeria announced that it was easing solvency, liquidity and non-performing loan ratios for banks. Banks were also allowed to extend payments of some loans without a need to provision against them. 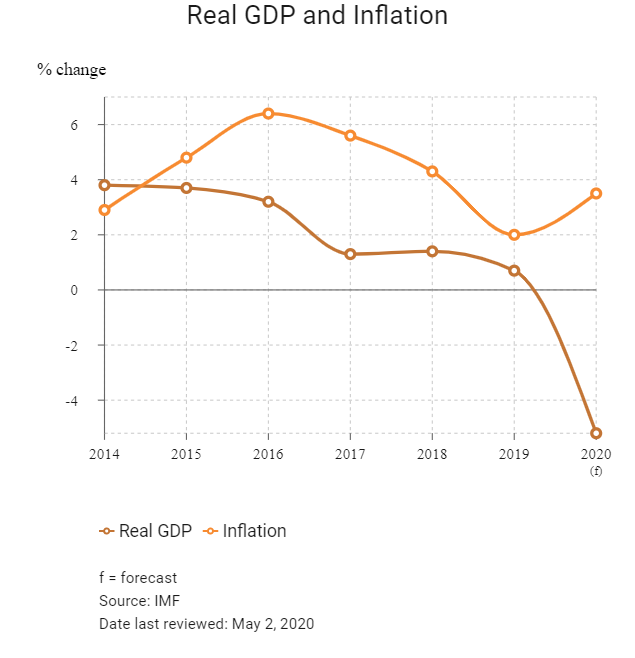 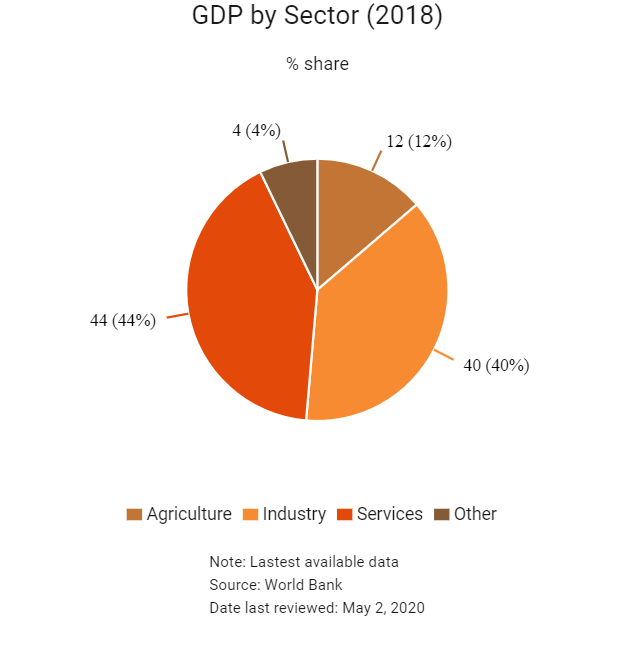 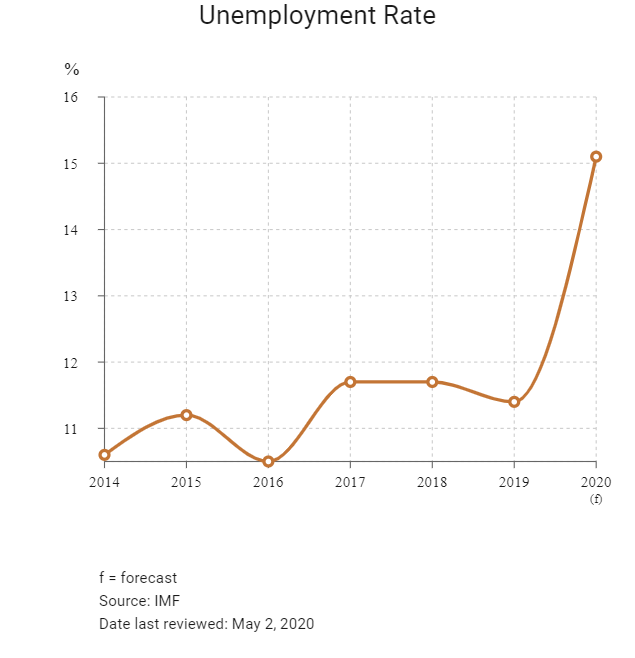 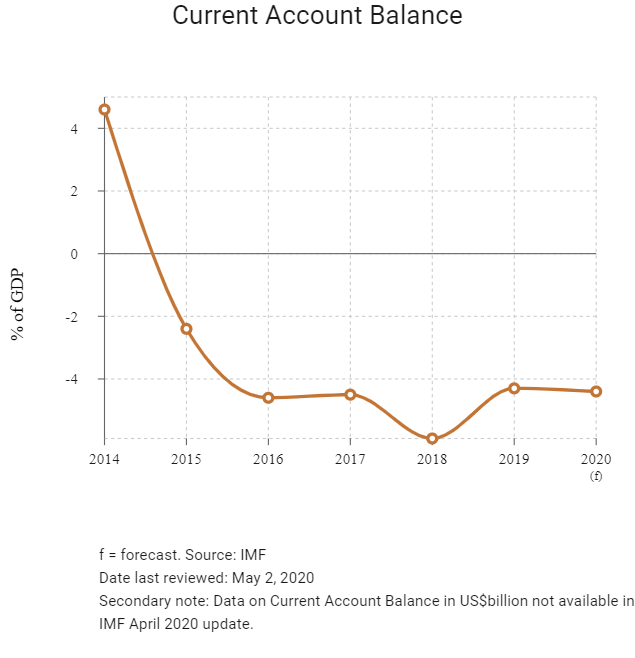 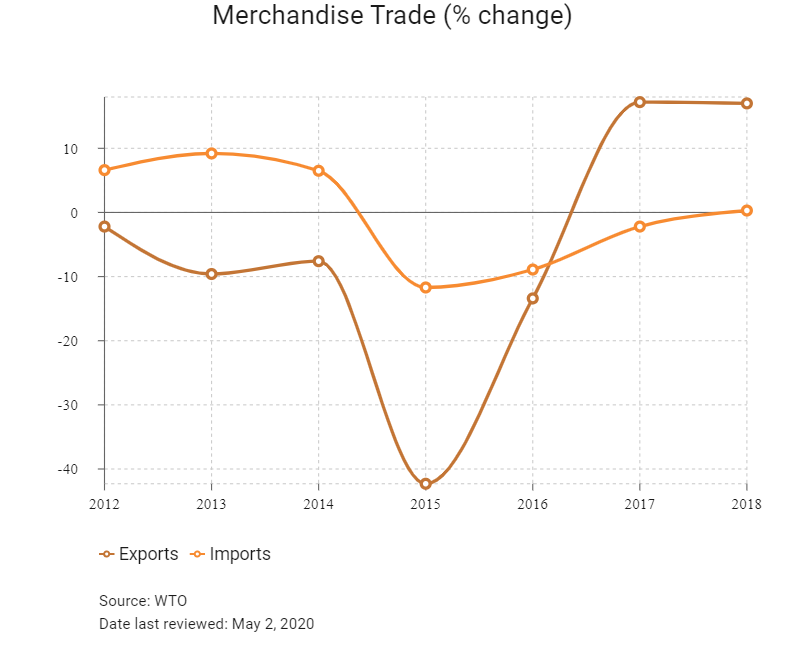 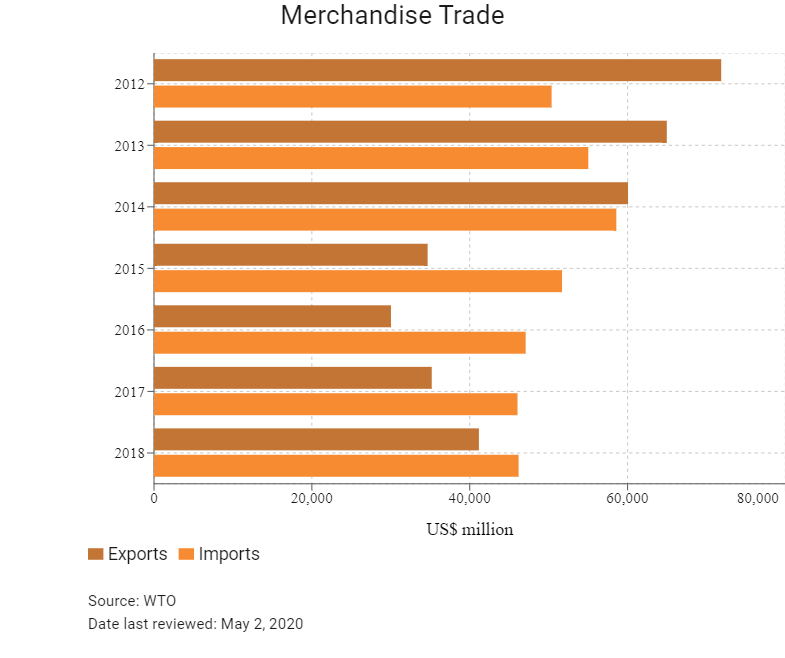 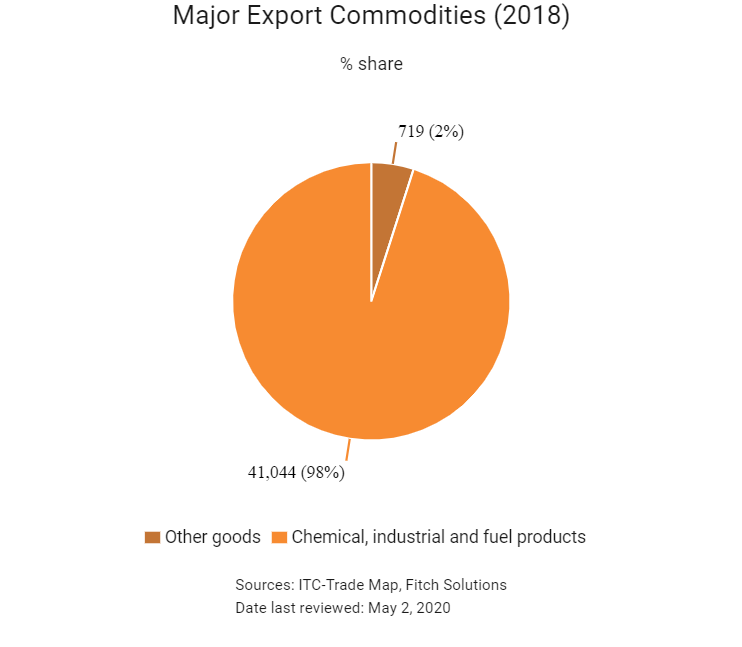 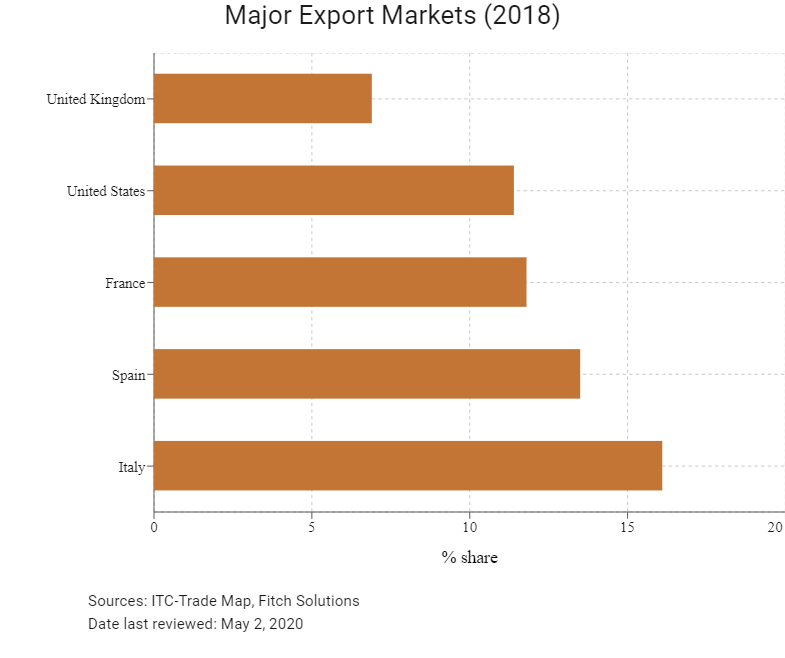 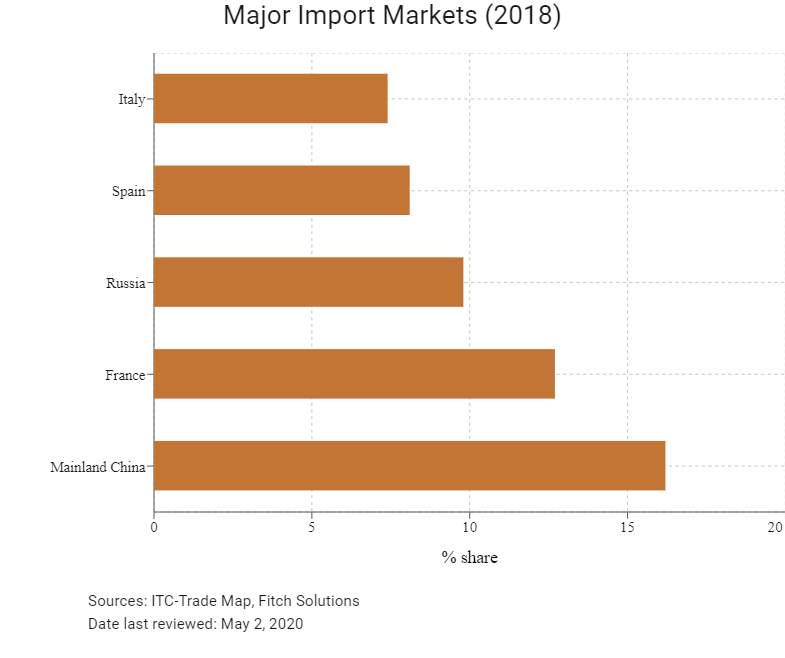 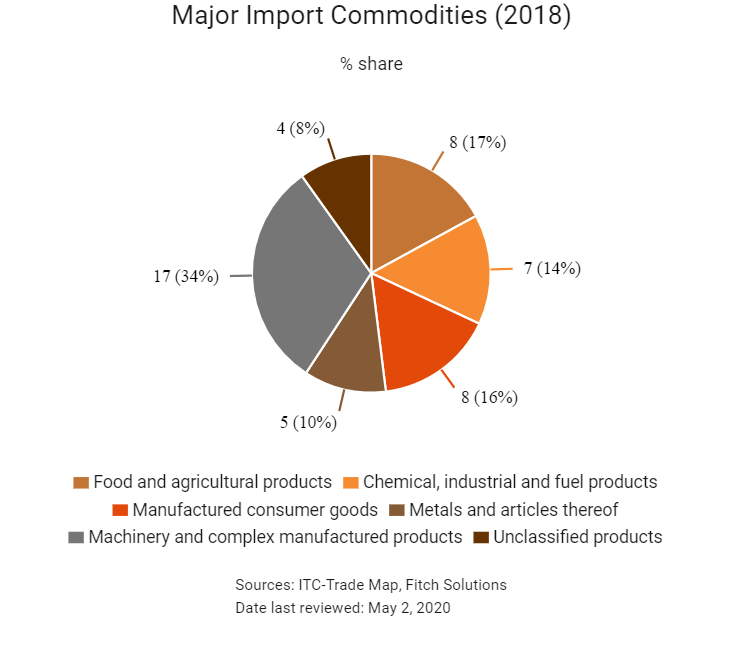 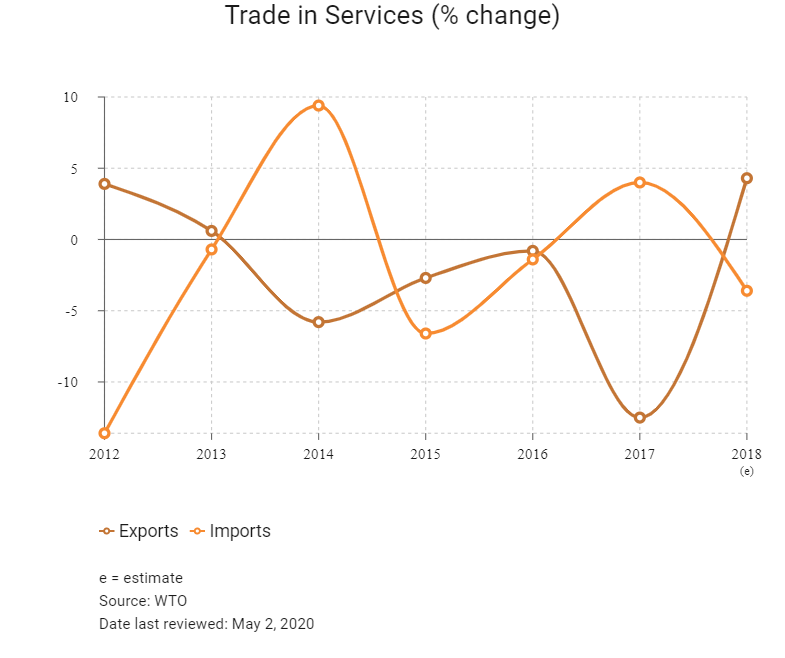 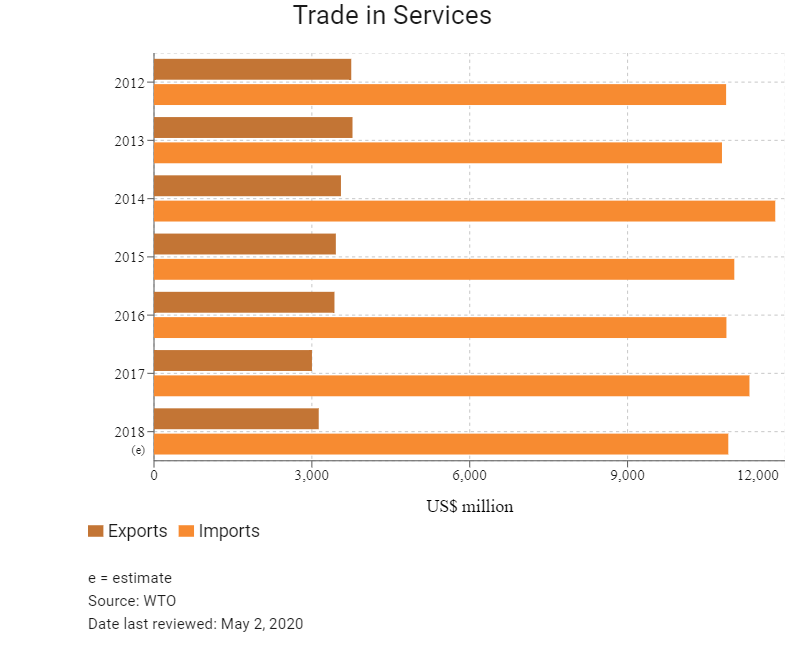 US-Middle East: In May 2003, the US-Middle East Free Trade Area (US-MEFTA) initiative was proposed, with the eventual goal of establishing a FTA between the US and a range of countries in the Middle East. The countries targeted to join MEFTA are Algeria, Bahrain, Egypt, Iran, Iraq, Israel (and through Israel, the Palestinian Authority), Jordan, Kuwait, Lebanon, Libya, Morocco, Oman, Qatar, Saudi Arabia, Syria, Tunisia and Yemen. US-MEFTA includes a wide range of trade and investment issues, such as market access, intellectual property rights and labour and environmental issues. US-MEFTA will help in growing commercial and investment opportunities by identifying and working to remove impediments to trade and investment flows between member states. This expands the scope of markets for businesses in Algeria to export products to and will significantly reduce trade costs. 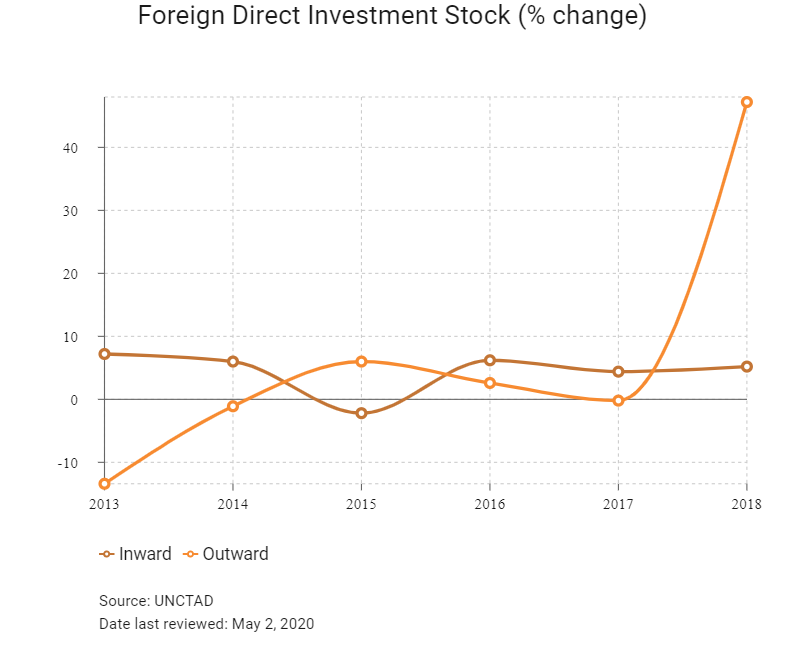 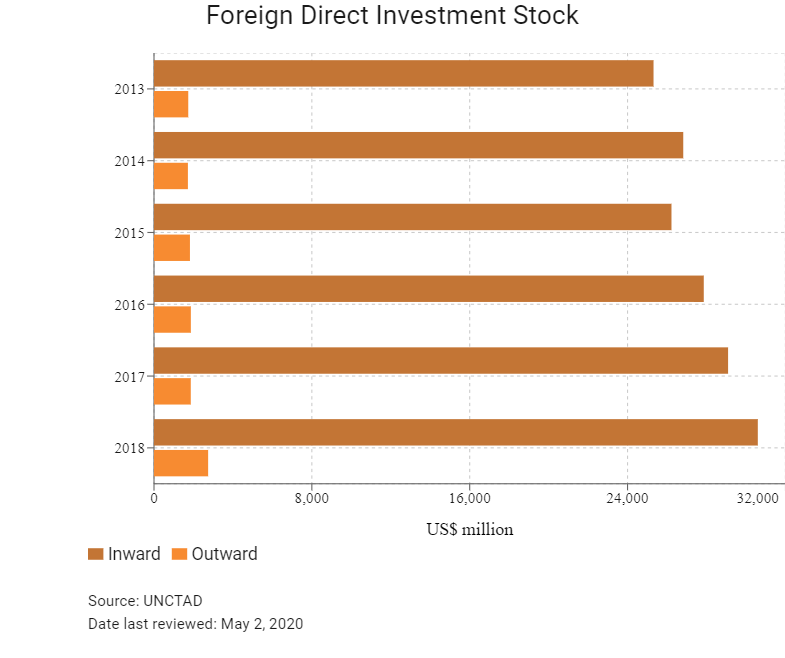 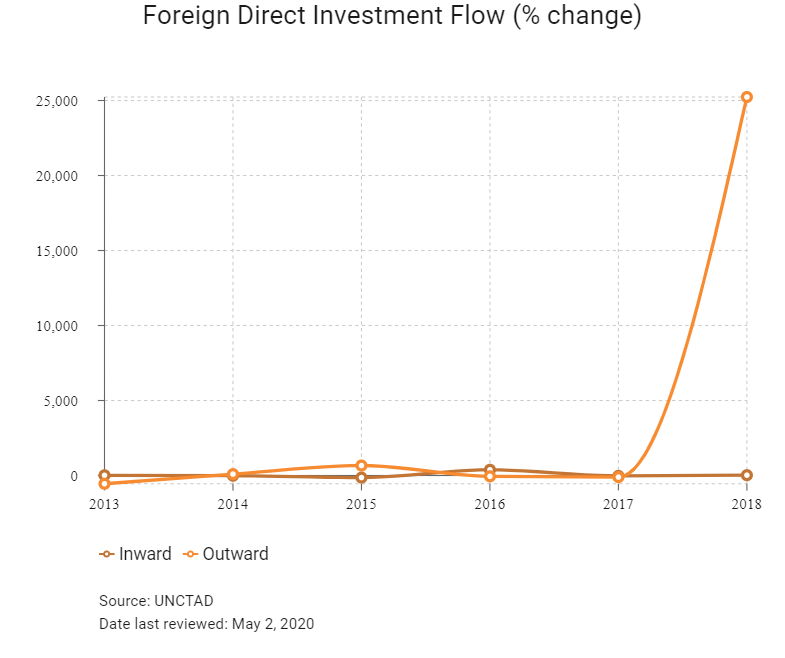 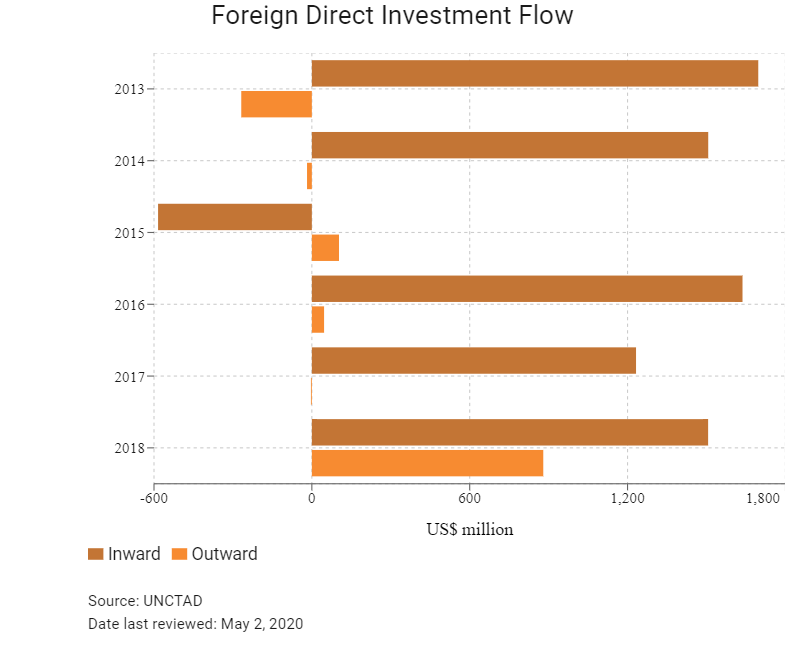 The government’s primary aim in recent years has been balancing the budget by increasing local tax resources and limiting imports. Algeria plans to implement taxes on wealth and property in 2020 for the first time, according to the recently approved  draft budget for 2020.

Foreign nationals who wish to work in Algeria under a contract that has a duration of less than three months must obtain a temporary work authorisation (APT). It can be renewed once in a year. Under Article 9 of Law No. 81-10, a foreigner who is assigned to Algeria for a duration of less than 15 days does not require an APT. However, a temporary work visa is always required. To obtain the visa, a foreign national must justify his or her work in Algeria.

After the granting of an APT and work visa, a work permit is required. A work permit's validity may not exceed two years, but it is renewable. French nationals benefit from a special regime whereby citizens of France need to obtain a foreign worker declaration instead of a work permit.

A foreign worker working as a managing director of an Algerian entity is exempt from the work permit requirement, but needs a business professional card and, in some circumstances, a residence card.

Entry visas are required for nationals of the EU, United States and certain Arabic countries, such as Egypt. Algerian embassies or consulates can provide information regarding the documents necessary for obtaining a tourist visa. Moroccan and Tunisian nationals are not required to have entry visas.

Foreign nationals who would like to enter Algeria for a period not exceeding 15 days can enter with a business visa. This visa allows the holding of meetings (internal or with clients) but not the provision of services.

Foreigners who are intending to extend their stay in Algeria beyond the duration specified in the visa must request a residence card 15 days before the expiration of the visa's validity. This card is valid for two years. A residence card with a validity of 10 years can be issued after a regular residency of seven years in Algeria. The application form for the residence card must be sent to the local police office.

ECONOMIC RISK
The global coronavirus (Covid-19) outbreak threatens to dent Algeria's fiscal position in 2020 as the country faces two key challenges, the spread of Covid-19 and the sharp decline in oil prices. In the years ahead, despite these risks, the economy will remain highly dependent on the hydrocarbon sector, the main lever behind public spending – which itself is key to fuelling growth in gross fixed capital formation and private consumption. Wider fiscal deficits will be driven by a collapse in revenues from the hydrocarbon sector, as well as lower taxes from income and consumption as Algeria drops into recession in 2020. Government plans to issue foreign debt to reduce its reliance on central bank financing look challenging unattractive operating environment. High levels of youth unemployment and dwindling foreign reserves present significant risks to the long-term outlook.

OPERATIONAL RISK
Many sectors – including tourism infrastructure and many transport segments – are yet to be exploited. In addition, Algeria possesses significant potential for renewable energy. The country is positioned in the middle of the Sahara desert and has all the structural pre-conditions for the construction of both solar and wind power plants. With the population projected to grow steadily, the domestic consumer market will remain the second largest in North Africa over the long term (after Egypt). While a growing young population offers a significant potential growth boost, limited employment opportunities amid slow reform implementation pose downside risks to Algeria's long-term outlook. Algeria's adoption of an import substitution policy has sharply restricted foreign trade. 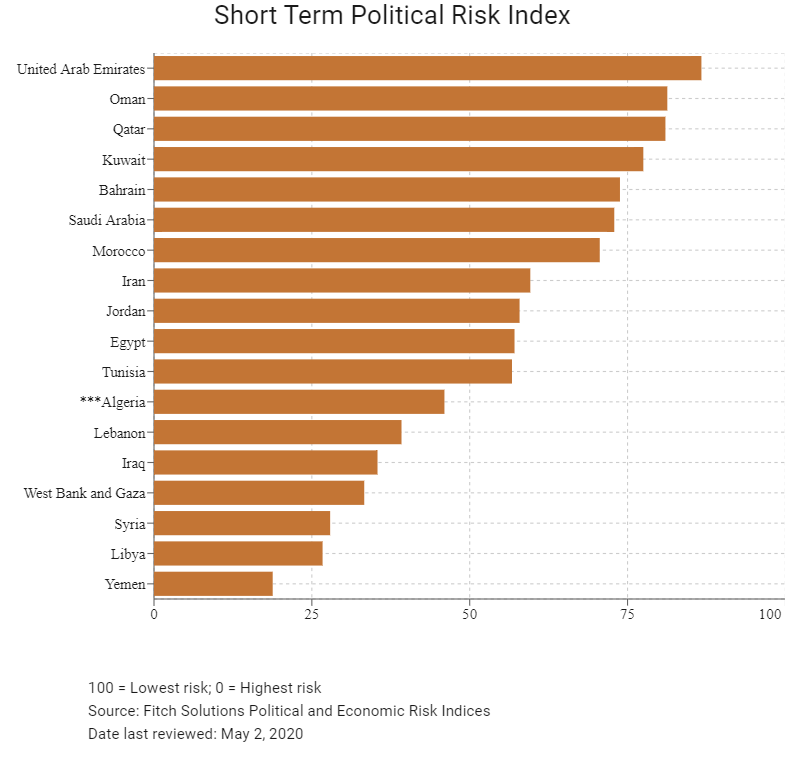 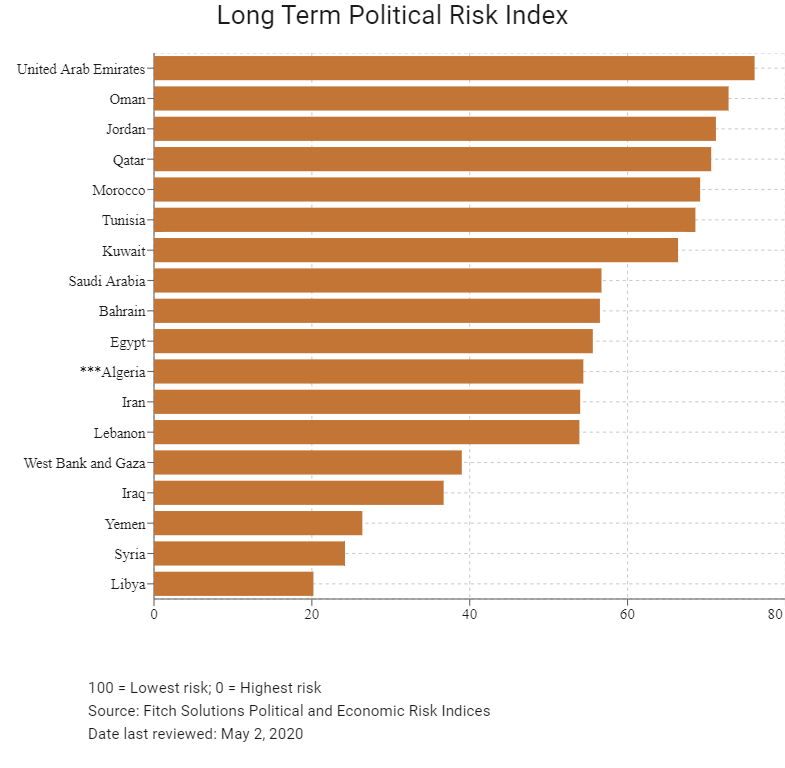 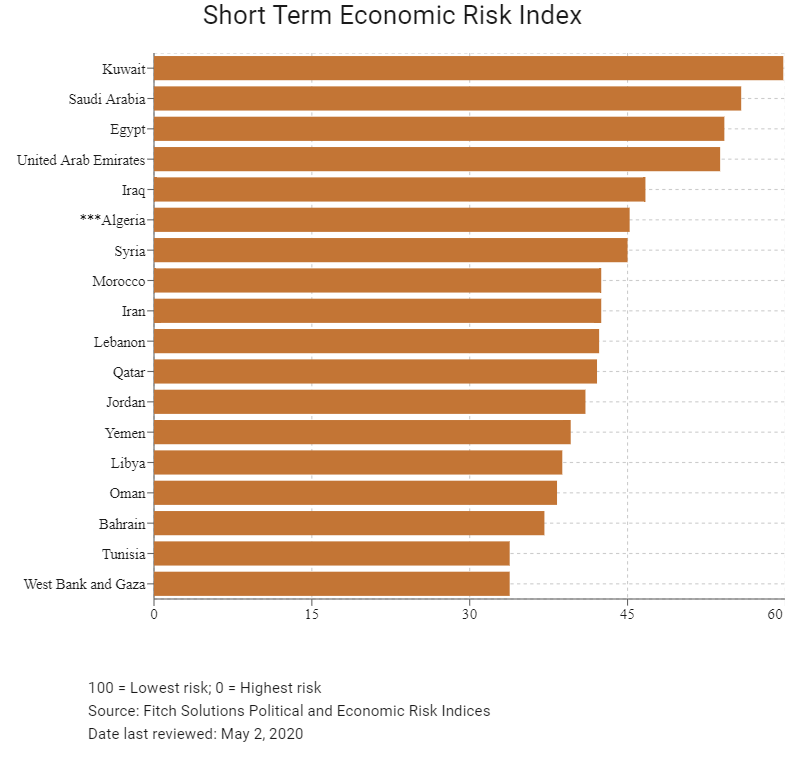 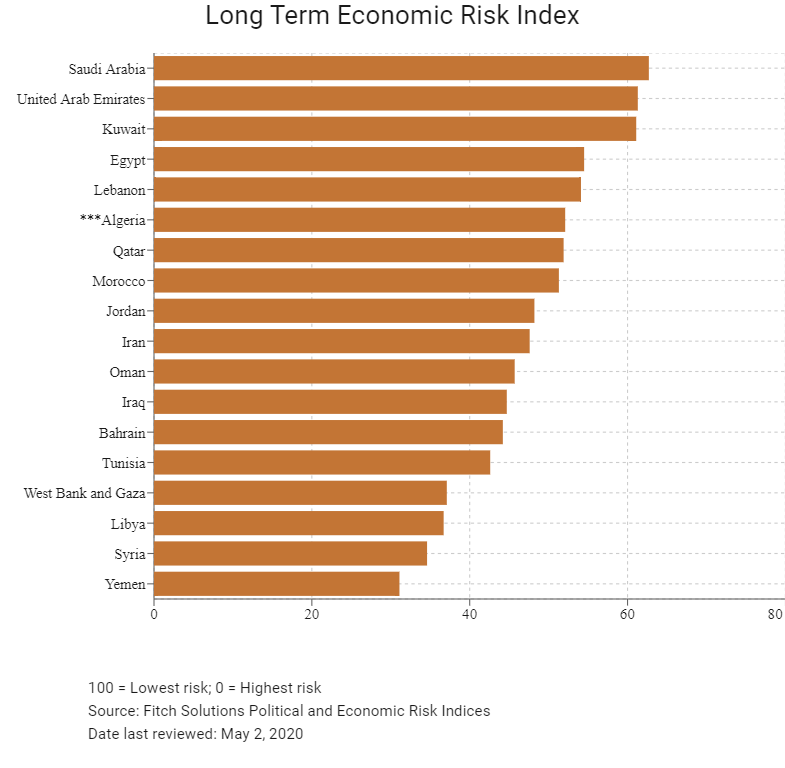 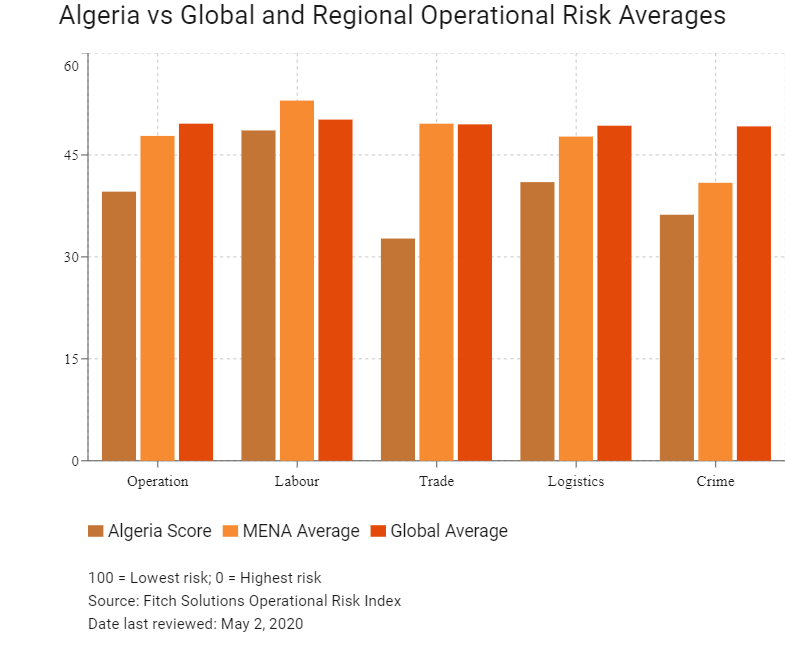 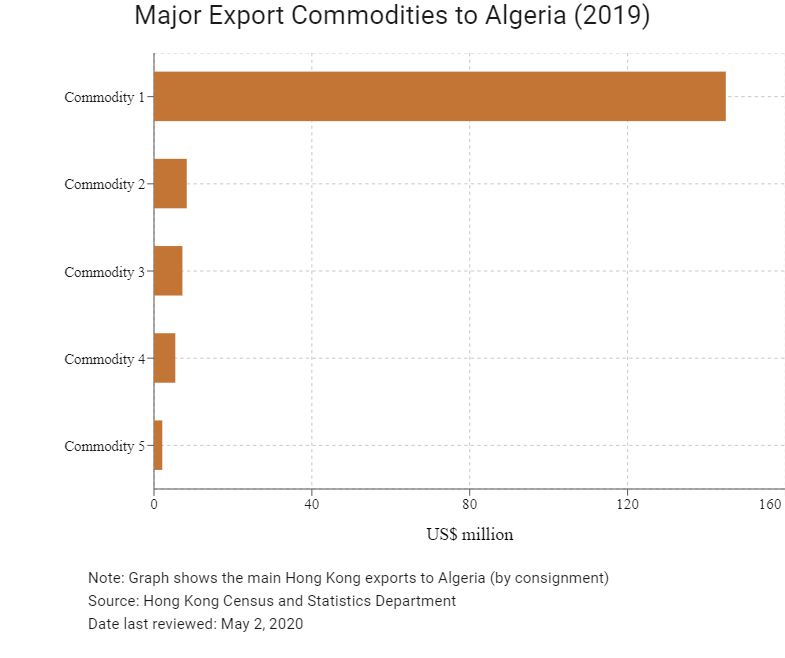 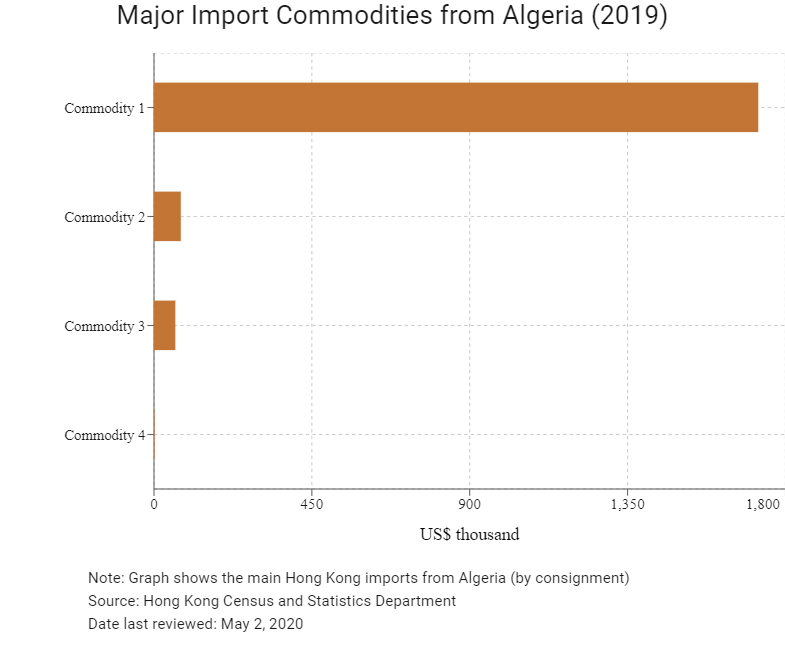 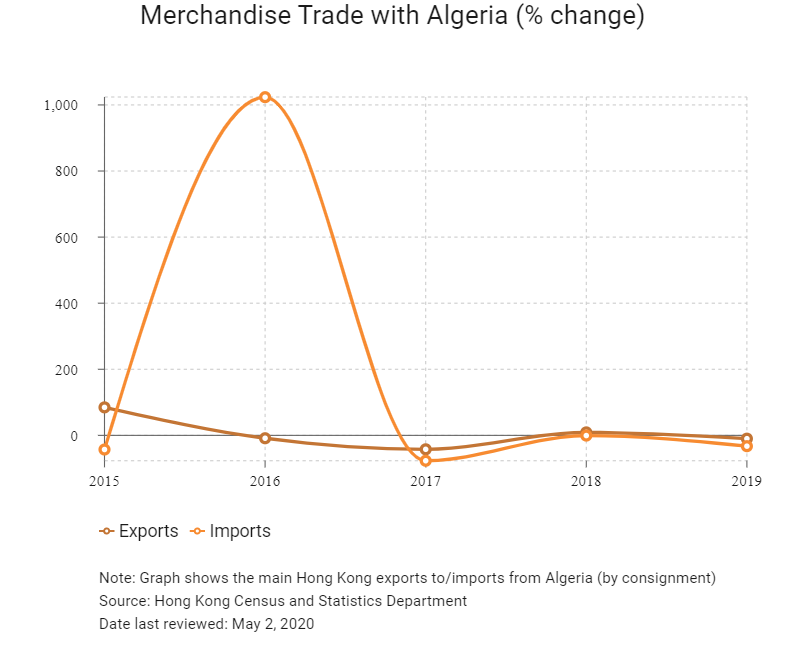 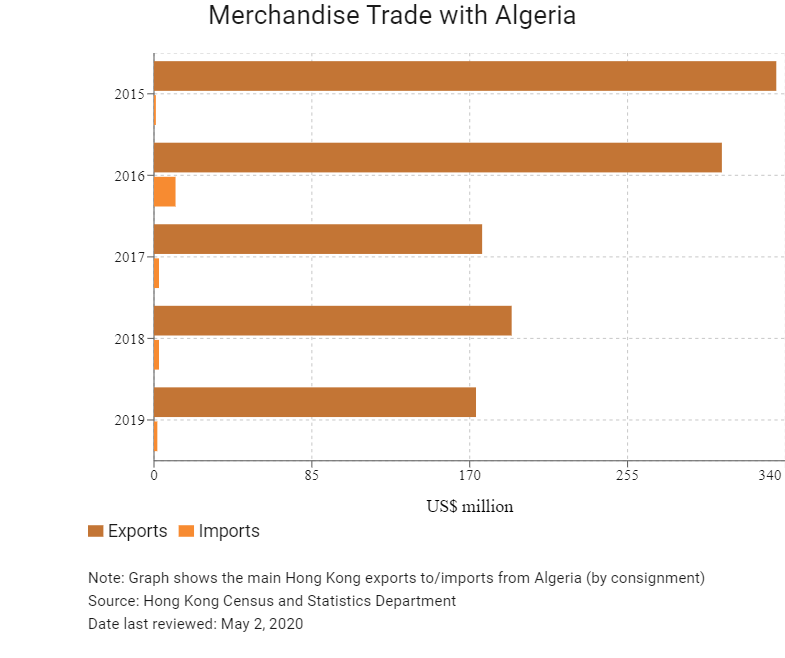 The Arab Chamber of Commerce & Industry (ARABCCI) was established in Hong Kong in 2006 as a leading organisation at promoting commercial ties between Hong Kong/Mainland China and the Arab World.

A visa is required for HKSAR passport holders.