Albania has been transformed from one of the poorest countries in Europe into an upper-middle-income country. Albania is implementing important reforms to revitalise growth and job creation, while advancing the integration agenda of the European Union (EU). Recognising these challenges, the government has embarked on a broad-based reform program focused on macroeconomic and fiscal sustainability, financial sector stabilisation, energy concerns, pensions, and territorial administration. Enhanced regional connectivity and access to regional and global markets, coupled with export and market diversification, can also help promote faster growth. Albania is richly endowed with underdeveloped natural resources–such as oil and minerals, including chromite – which makes it a potentially attractive destination for foreign investors. The Patos-Marinza oilfield is the largest onshore oilfield in continental Europe.

The Albanian Investment Development Agency (AIDA), with the support of the Ministry of Europe and Foreign Affairs, organised a meeting between representatives of ChinaCham Hungary – the Hungarian-Mainland Chinese Economic Chamber – and Albanian businesses at the Ministry of Finance and Economy. Discussions were held on establishing business partnerships with Mainland China and providing opportunities for investment in Albania.

The Albanian and Romanian Chambers of Commerce and Industry announced at a forum in Tirana that they would strengthen co-operation in the sectors of energy, agribusiness, tourism and construction.

South Korea's Yura Tech announced that it will start producing automobile parts in Zhupan, southern Albania, in 2019. The project could lead to several factories employing 4,000 people.

The Albanian parliament approved a public-private partnership (PPP) contract worth EUR50.1 million with Gjikuria for the Orikum-Dukat road project in the country. The contract covers the construction and maintenance of a 14.7km long road connecting the yacht port in the coastal village of Orikum to Dukat village in the Vlora region. The 13-year concession for the project was awarded in November 2018. The road, when completed, is expected to ease traffic in Albania's southern coastal area.

Montenegro Bonus, Albania's Albgaz, Bosnian firm BH-Gas and Croatia's Plinacro planned to complete the preliminary design of the 516km Ionian-Adriatic Pipeline (IAP) by September 2020. The IAP will carry natural gas from Albania's Fier to Split in Croatia via Montenegro and Bosnia & Herzegovina. The bi-directional pipeline will be able to carry 5 billion cubic metres of natural gas a year. In Fier, IAP would connect to the under-construction Trans Adriatic Pipeline. The firms have agreed to set up an equal stake joint venture for the construction of the pipeline.

In mid-October, EU leaders were unable to reach unanimous agreement that talks should begin with both Albania and North Macedonia after a 12-month review that came to an end in June. Although the bulk of EU leaders were in favour of progressing Albanian accession negotiations, France, the Netherlands and Denmark were opposed, which, given the requirement for unanimity, means that talks will not begin at this stage.

Albanian Railways was seeking bids from the prequalified firms for the rehabilitation of 34km Durres-Tirana Public Transport Terminal railway line and a new 5km rail link to Tirana International Airport in Albania. The project concerns design and build of 39km of railway infrastructure, including the signalling and communication. The tenders are part of a EUR90.3 million scheme, which will be funded by the European Bank of Reconstruction and Development, Western Balkan Investment Fund and the government of Albania. Bids are due for the first stage by January 15 2020 and the rehabilitation will allow trains to run at line at 100km/h.

Since announcing its first cases of the Covid-19, Albania had adopted a number of measurements to curtail the spread of the coronavirus. The country had adopted some of the toughest restrictive measures in Europe, due to the country’s close proximity to Italy. The government announced a fiscal package of around 2.8% of GDP consisting of budget spending, sovereign guarantees and tax deferrals. 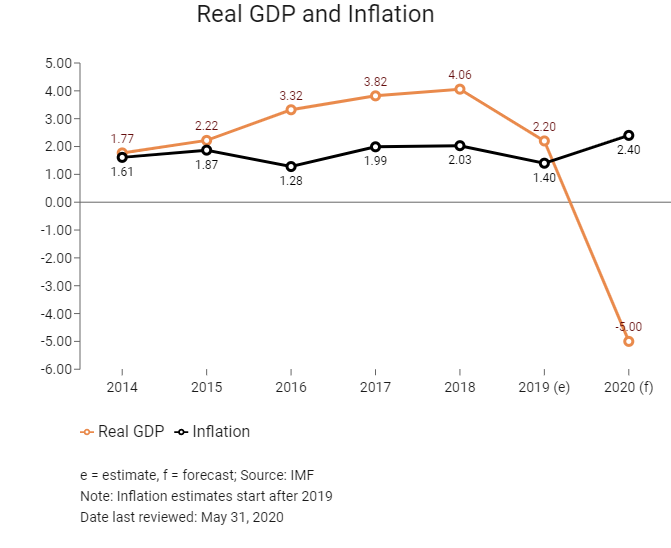 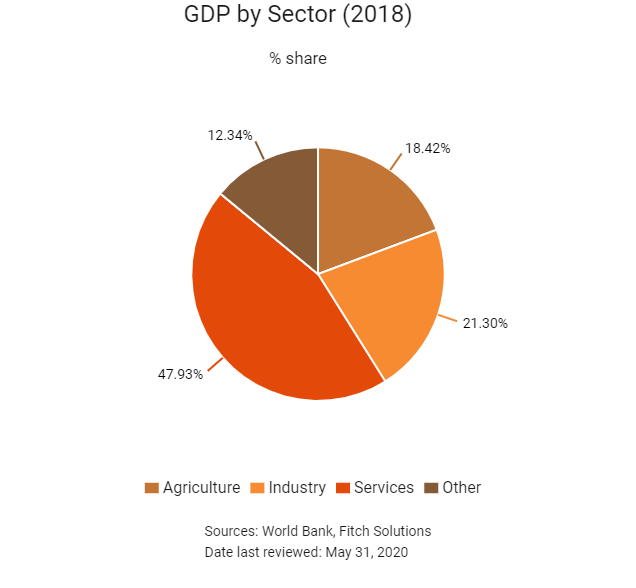 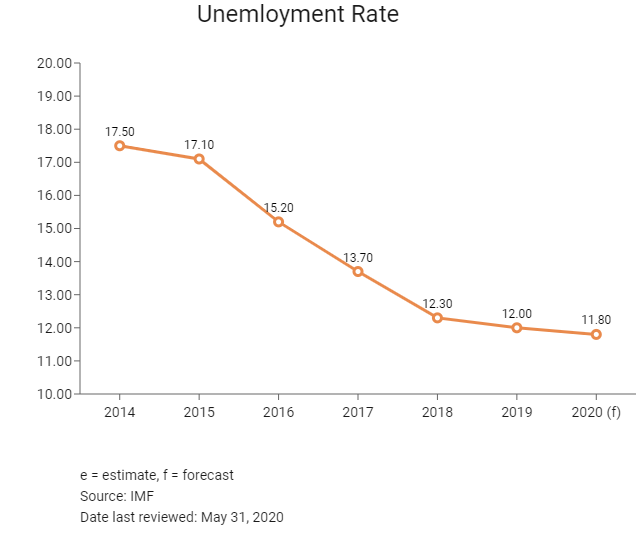 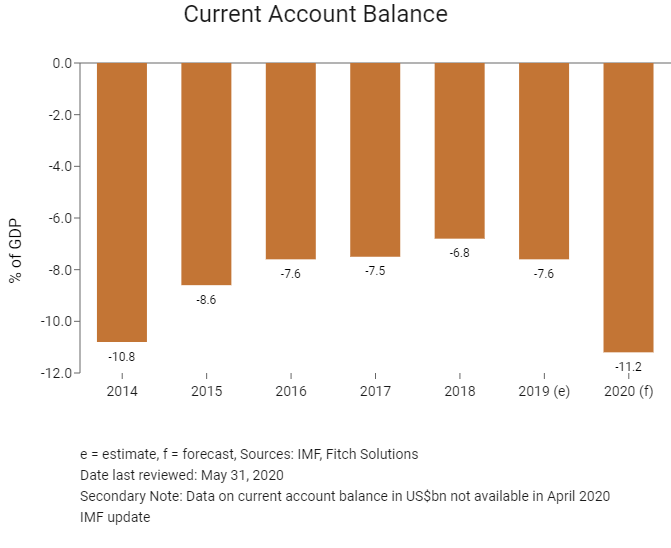 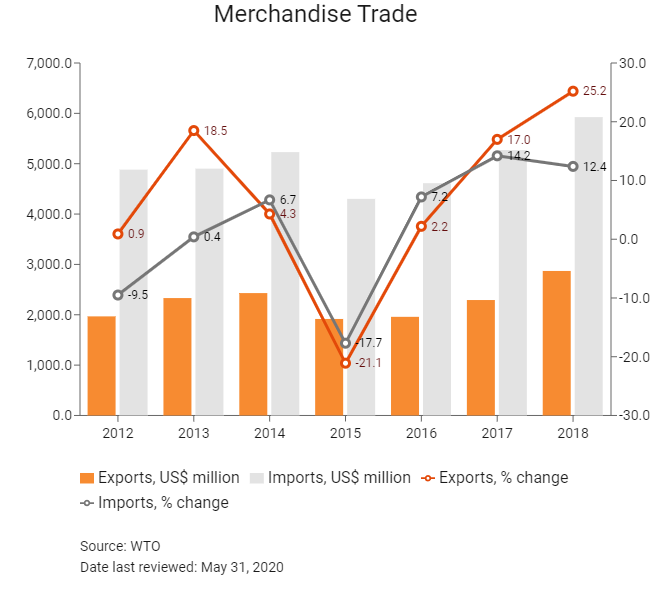 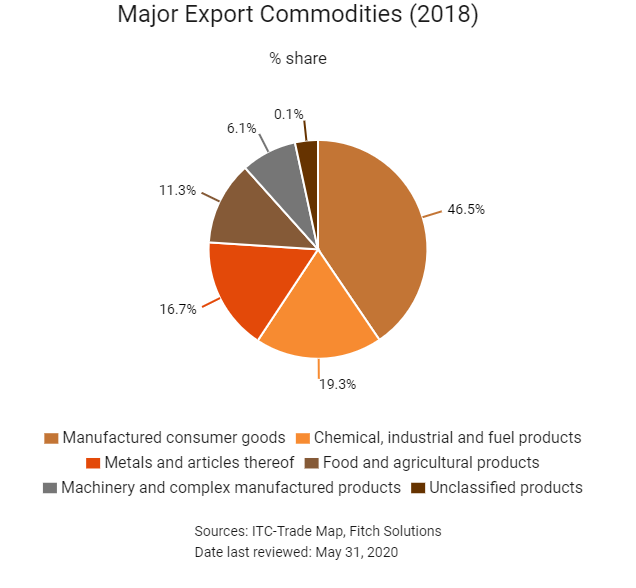 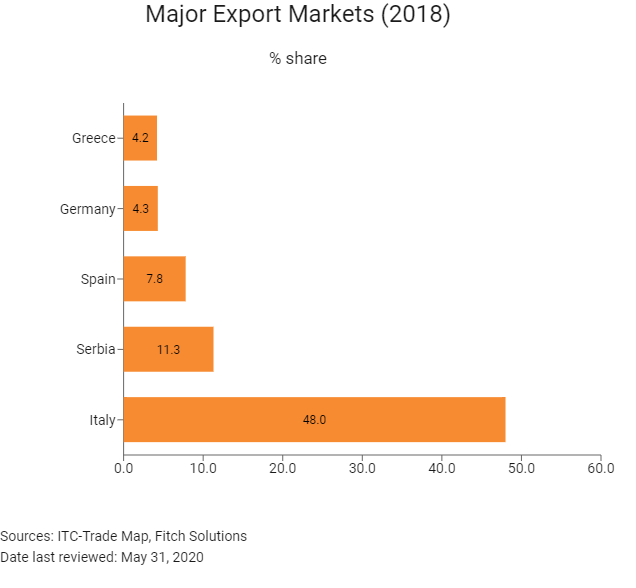 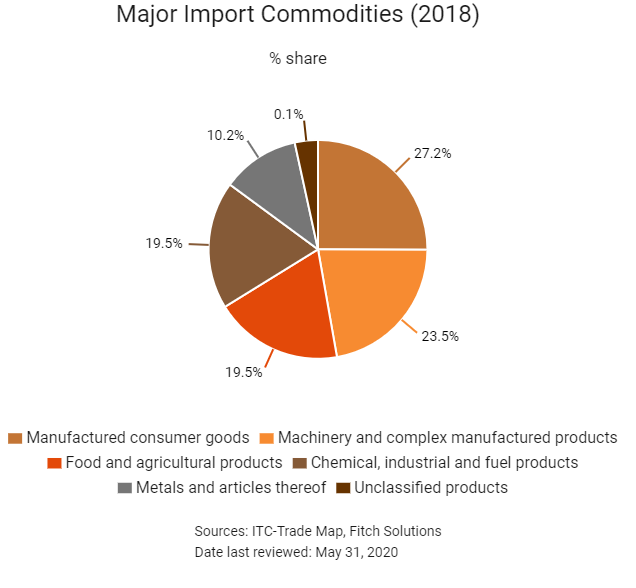 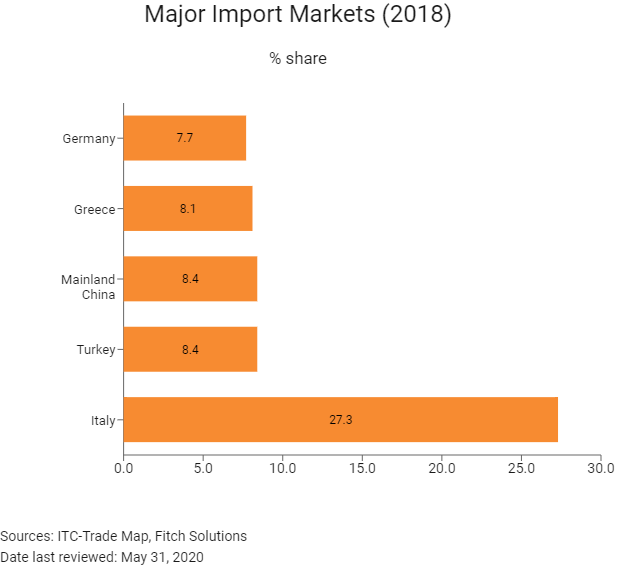 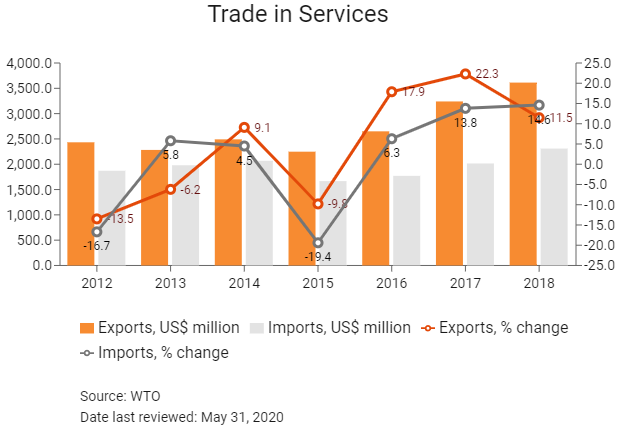 In mid-October, EU leaders were unable to reach unanimous agreement that talks should begin with both Albania and North Macedonia after a 12-month review that came to an end in June 2019. 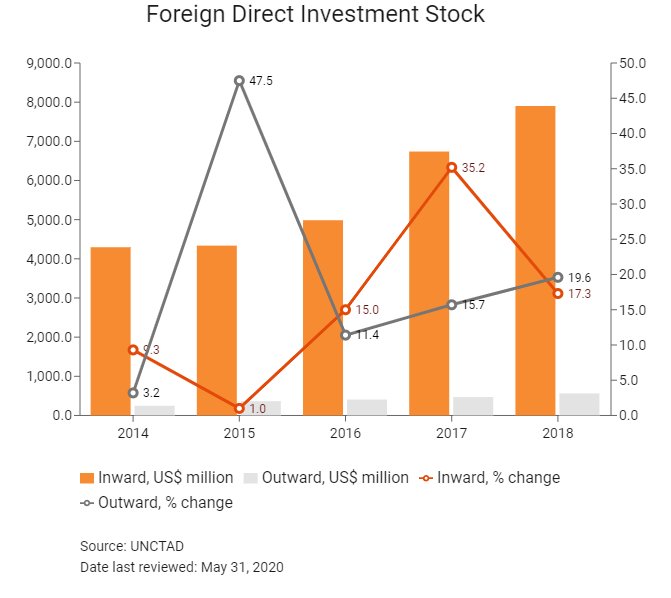 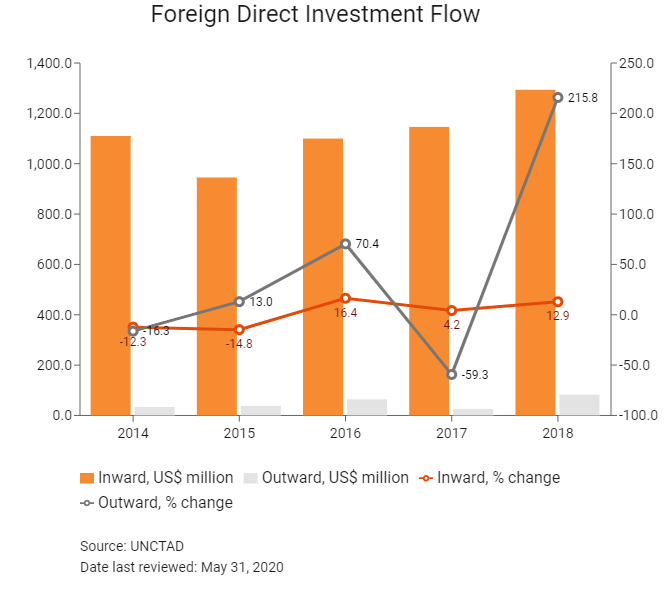 Source: Republic of Albania Ministry of Finance and the Economy

Source: Republic of Albania Ministry of Finance and the Economy
Date last reviewed: May 31, 2020

Although visa, residence and work permit requirements are simple in Albania and do not pose a burden on potential investors, the Law on Foreigners requires foreign businesses to prove that foreign employees are less than 10% of the total workforce before the government can grant work permits.

While some workers in the Albanian labour force are highly skilled, many work in low-skill jobs or have outdated skills. The education level of the workforce is low, constricting economic prospects and access to high-quality jobs. The government provides fiscal incentives for labour force training for the inward processing industry, which includes the shoe and textile sectors.

Foreign nationals from 85 jurisdictions, from Europe, North America, South America and some parts of Asia (including Hong Kong), can enter Albania without a visa for a maximum stay of 90 days.

Albania's economic potential is unlikely to be unlocked unless the government can implement key structural reforms over the next few years. Namely, to improve labour market flexibility and make exports more competitive. Some progress is being made, however, reforms are unlikely to occur at a satisfactory pace in the coming years. As a result, Albania will remain bound to a low growth trajectory and one of Europe's poorest countries. With few sustainable growth drivers, Albania's economy will remain overly reliant on shaky household consumption for growth, which is a risky trend. Albanian economic growth will contract in 2020 after a 2019 slowdown and a weak global outlook due to Covid-19. Domestic demand and exports will register negative growth, which will be partially cushioned by easy monetary policy and expansionary fiscal policy. The external sector will remain the weak spot for the economy, largely due to tepid economic growth in Italy, which accounts for around half of Albanian exports.

Albania is witnessing a transformation which has led to a gradually improving regulatory framework and streamlined business initiatives, which should help foreign direct investment recover gradually over the years ahead. This alone, however, will need to be matched by government spending on infrastructure projects and spending on new productive capacity from businesses. 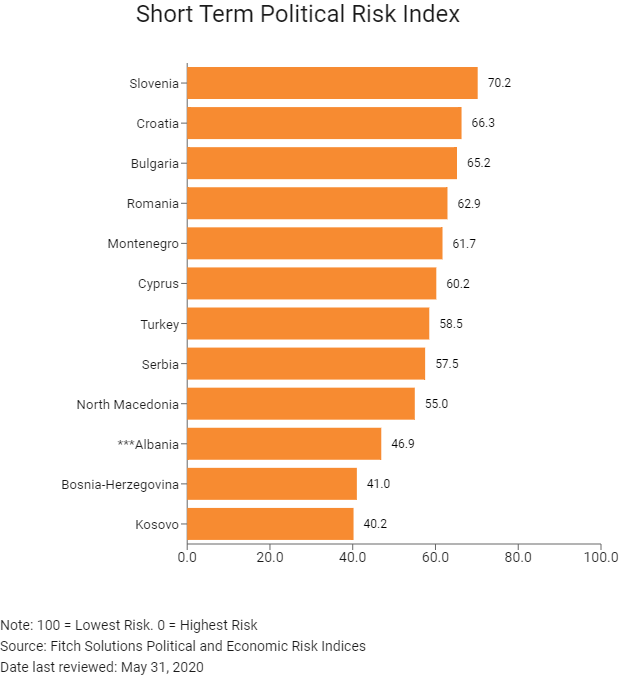 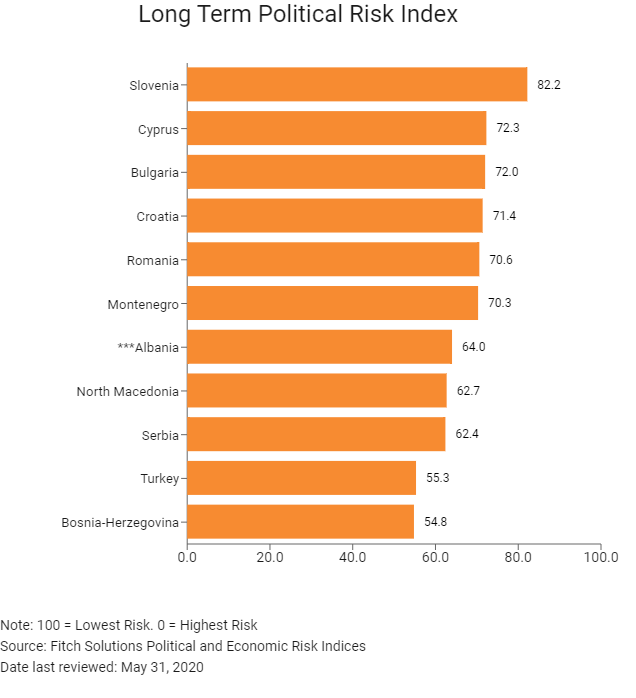 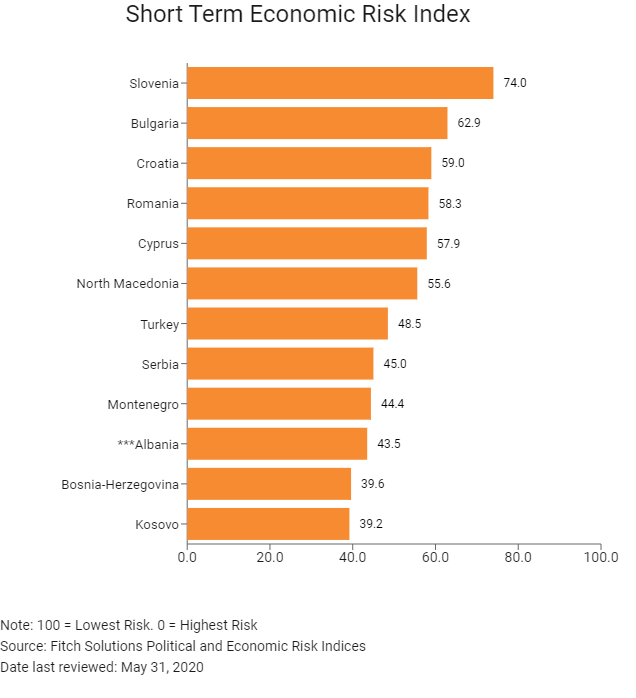 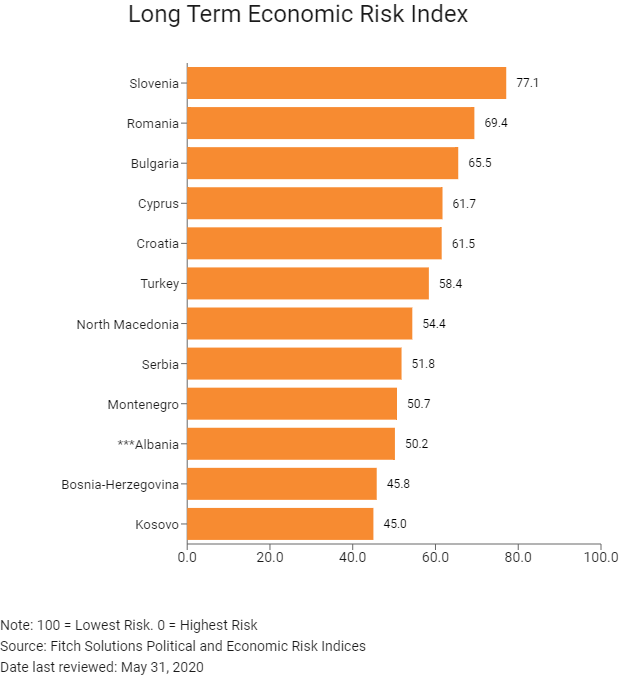 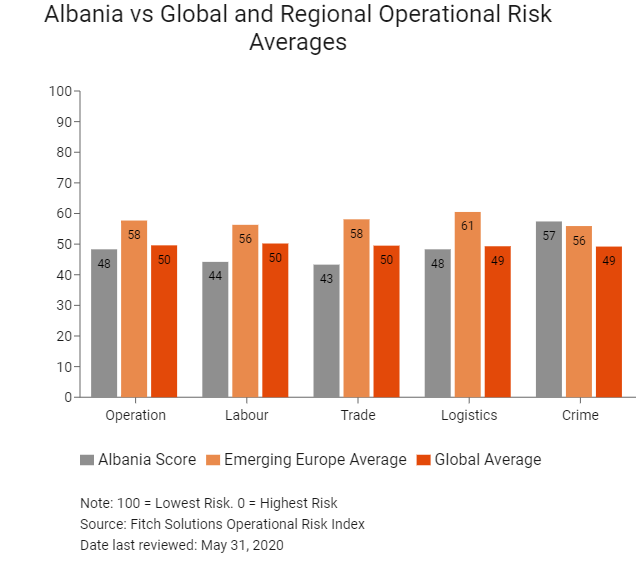 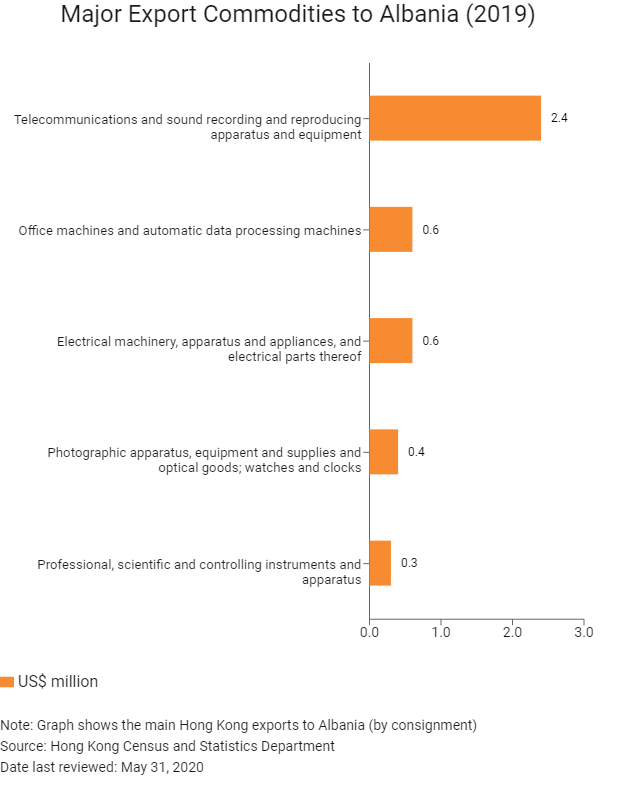 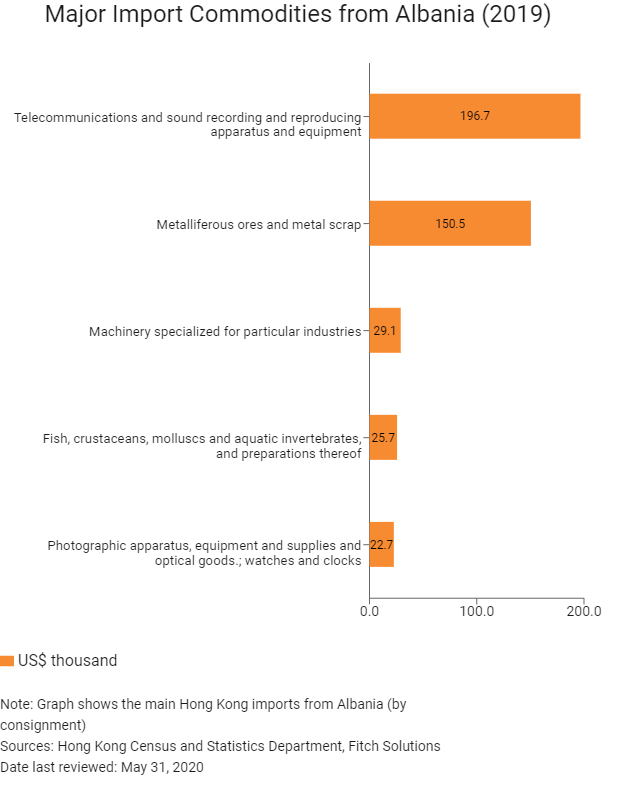 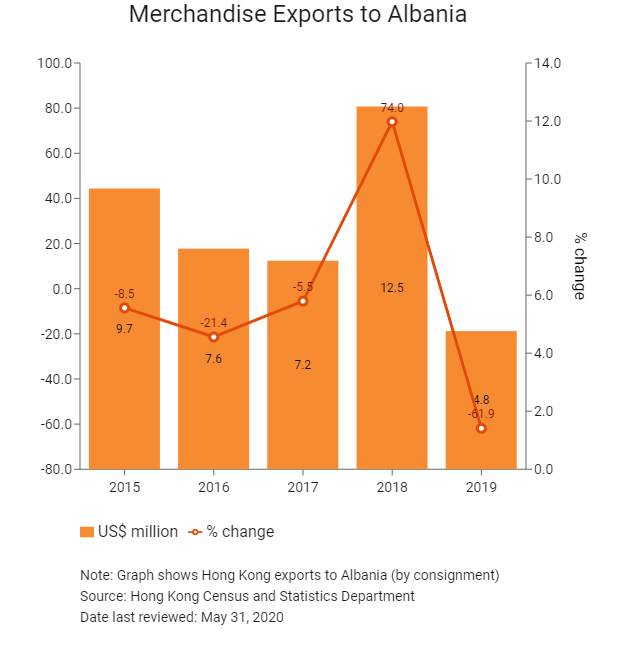 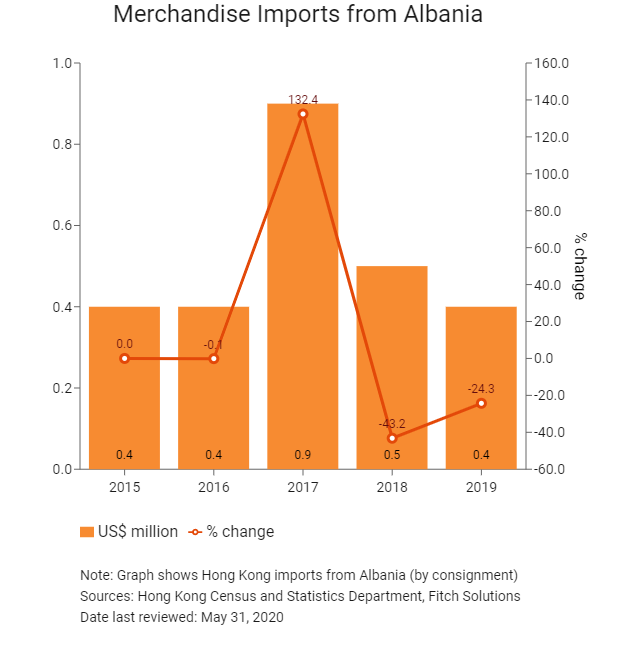 HKSAR passport holders have visa-free access to Albania for a stay of not more than 14 days on condition that the duration of the stay does not exceed 90 days within a period of 180 days.