Uruguay is a high-income economy characterised by a large volume of agricultural exports and free-market policies, accompanied by high levels of social spending by the government. Downturns in Brazil and Argentina, the country’s key trading partners, will likely limit growth in the external sector, while stagnant wages, high unemployment and currency depreciation will drag on domestic demand. On the other hand, the European Union (EU)-MERCOSUR trade deal, if ratified, will boost medium-term prospects, as should UPM’s paper mill project. Since the commodity price shock of 2014-2016, Uruguay's policymakers have seen the need for greater economic diversification to ensure sustainable growth. As the country's economy becomes more integrated with the rest of the world, it will be able to hedge against downturns in regional demand.

November 2014
A general election run-off between the Broad Front and the National Party resulted in the former receiving 56.6% of the vote, enabling the formation of a government. Tabaré Vázqued was sworn in as president, taking over from former Broad Front leader, José Mujica. The Broad Front also retained its majority in the Chamber of Deputies (the lower house of the Uruguayan General Assembly), but lost its majority in the 30-seat upper house, the Senate.

July 2018
Uruguay became the first country to legally produce and sell marijuana for recreational use. The cultivation of the plant was first legalised in 2013 in efforts to counter the funding of drug cartels operating in the region.

July 2019
On 23 July, Finnish papermaking firm UPM announced a USD3 billion investment to build a pulp plant in Uruguay by 2022, which would generate an estimated 4,000 jobs.

October 2019
Uruguay was set to hold general elections. Incumbent President Tabaré Vázquez was ineligible to run as he has reached his limit of terms served.

October 2019
Fotmer Life Sciences made the first commercial shipment of medical cannabis from Latin America, destined for patients in Australia. The company believed a billion-dollar industry could be established in Uruguay to supply a booming global market in medical marijuana. Some analysts forecast the United States' market alone would be worth USD80 billion by 2030.

December 2019
Uruguay undertook an official mission to Mainland China to market the country as a regional hub and gateway into Latin America. A memorandum of understanding was signed between Uruguay and Guangzhou to promote and deepen cooperation.

January 2020
Protests were held in France, Germany and Spain in opposition to the EU-Mercosur deal, which unions complained would expose Europe's farmers to unfair competition.

The coronavirus outbreak in Mainland China was likely to have an impact on the leading economies of Latin America, including Uruguay.

Austria's new government under Chancellor Kurz said it would reject the Mercosur deal in its current form. 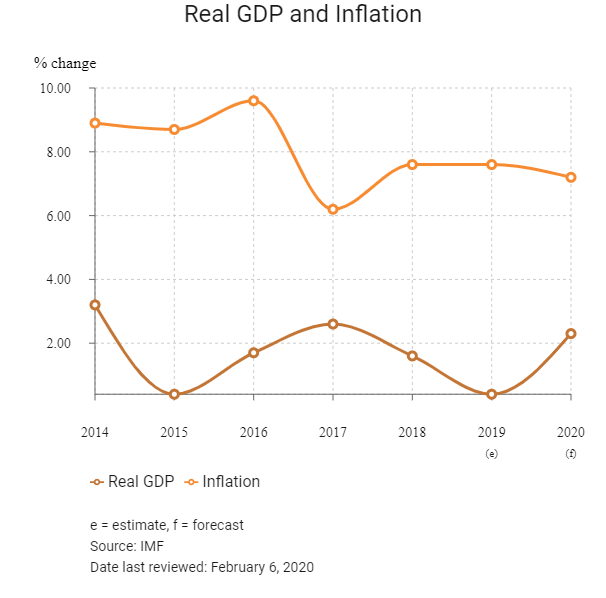 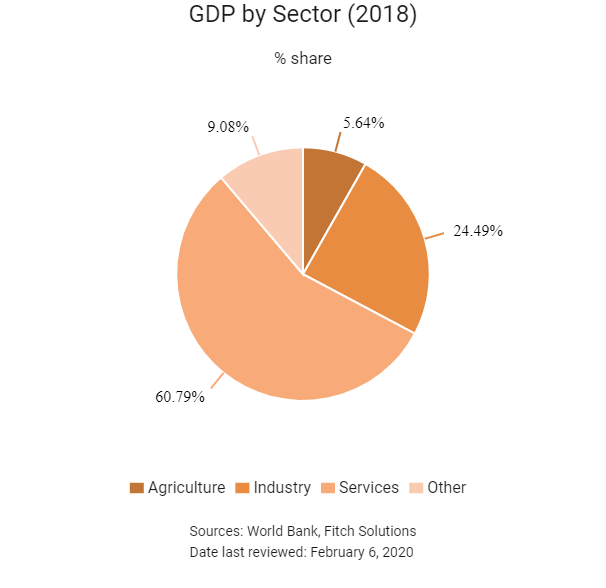 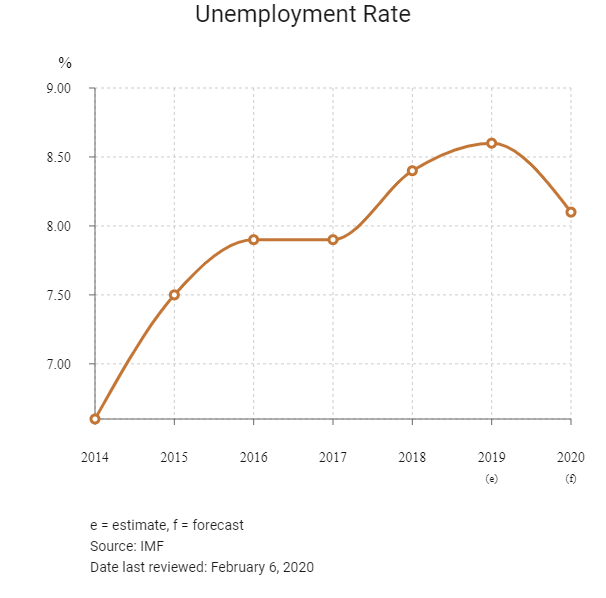 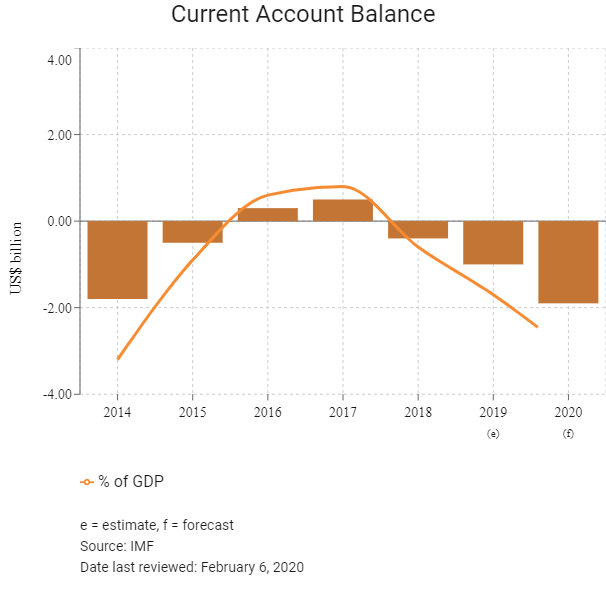 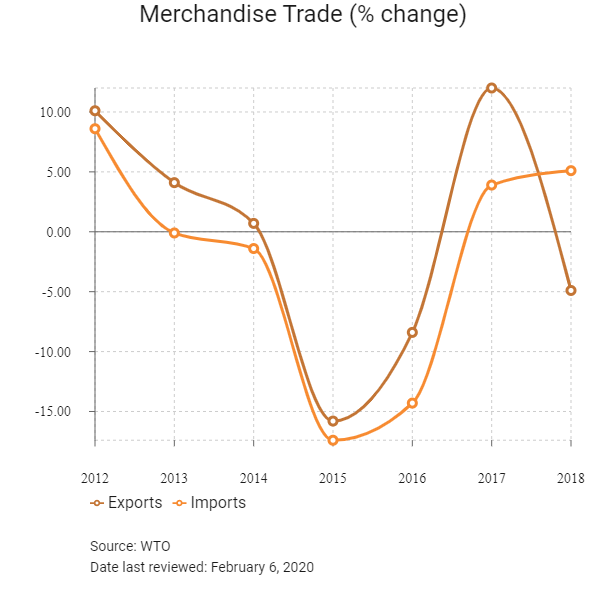 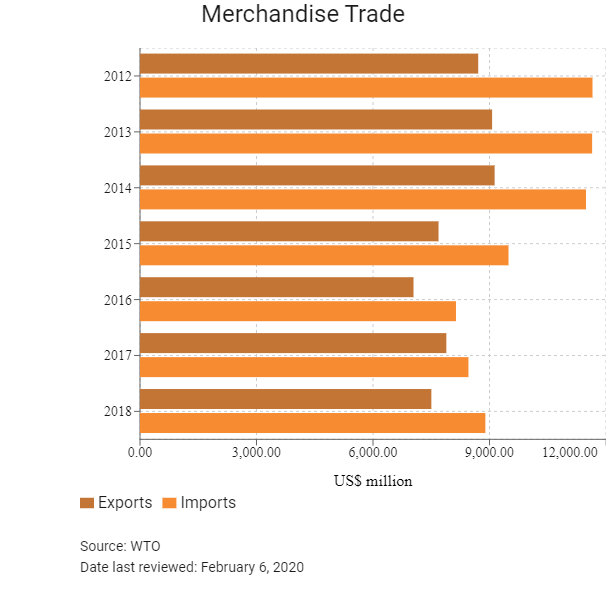 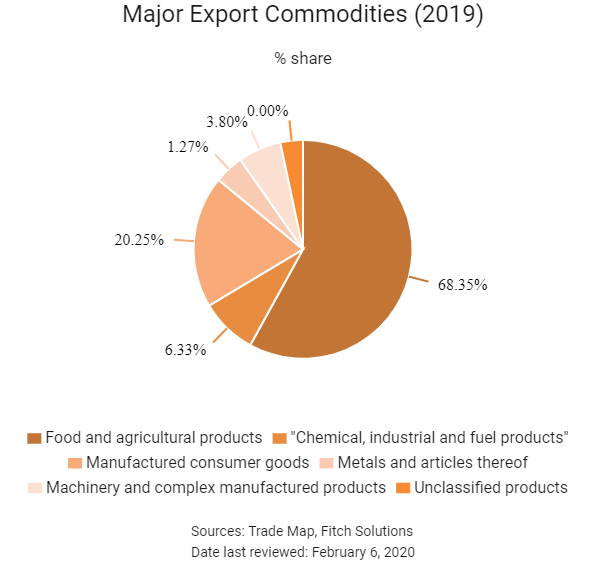 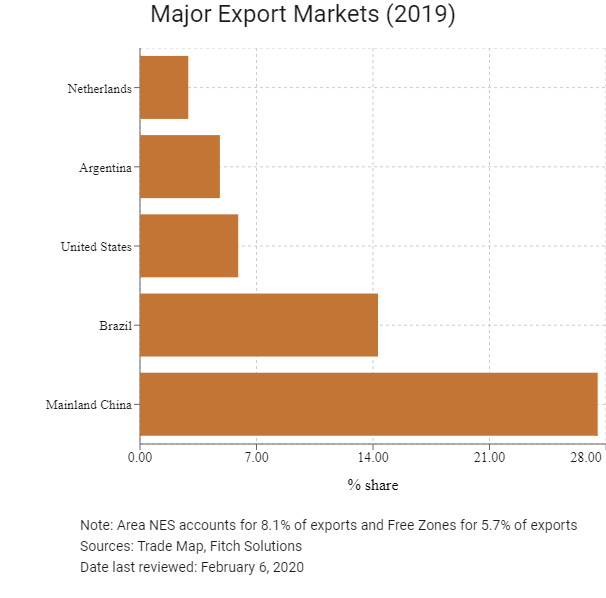 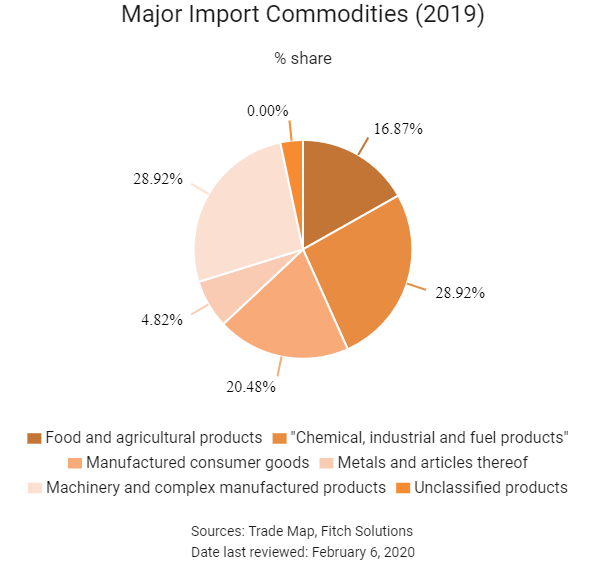 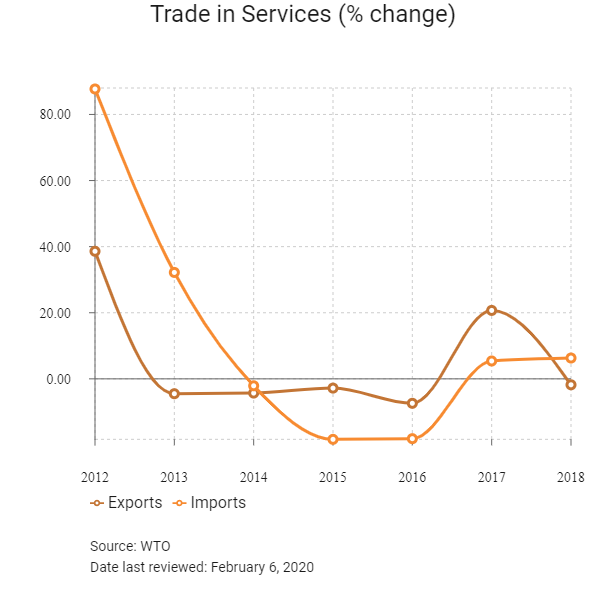 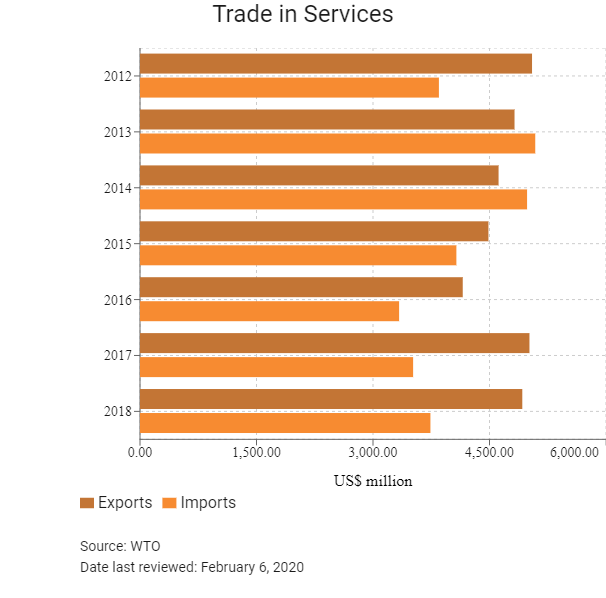 EU-MERCOSUR Trade Agreement: After 19 and a half years, an agreement between the parties was reached on June 28, 2019. The signed agreements will be presented to the parliaments of the EU and Mercosur bloc members, as well as to the EU Parliament, for ratification before coming into effect. The agreement will cover a total population of 780 million and, currently, Mercosur countries import goods and services from the EU worth approximately EUR68.0 billion. Mercosur's investment stock in the EU is worth EUR52.0 billion while the EU is the biggest foreign investor in Mercosur, with stock of EUR381.0 billion. The agreement contains specific commitments on labour rights and environmental protection, including the implementation of the Paris climate agreement and related enforcement rules. The EU will not fully open its market for imports of agri-food products, although beef, poultry and honey imports from the Mercosur countries will be permitted to increase over a five-year phasing in period. Several EU countries are obstructing ratification of the deal in its current form. 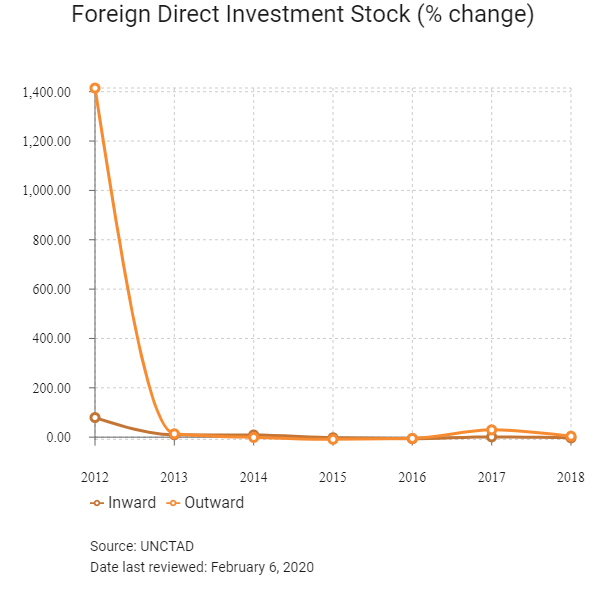 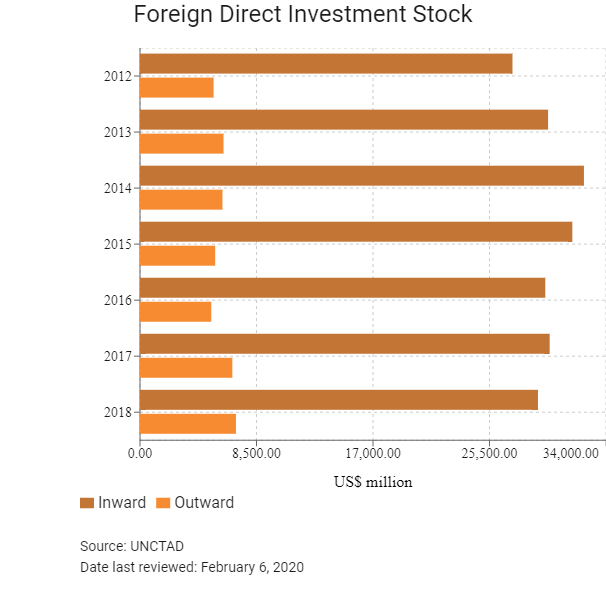 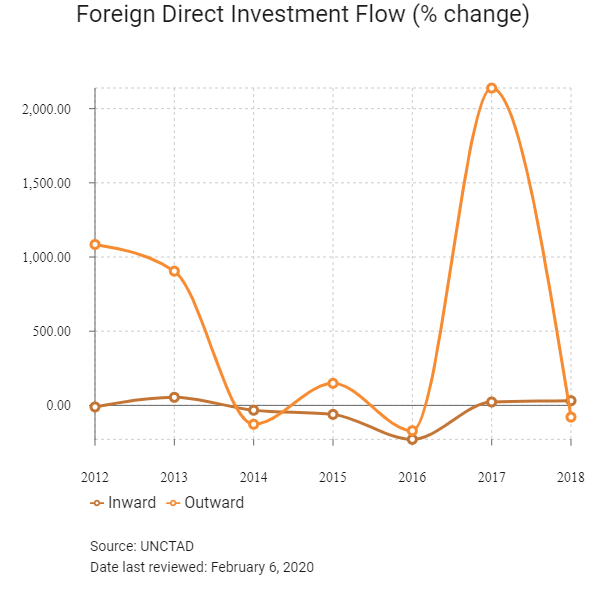 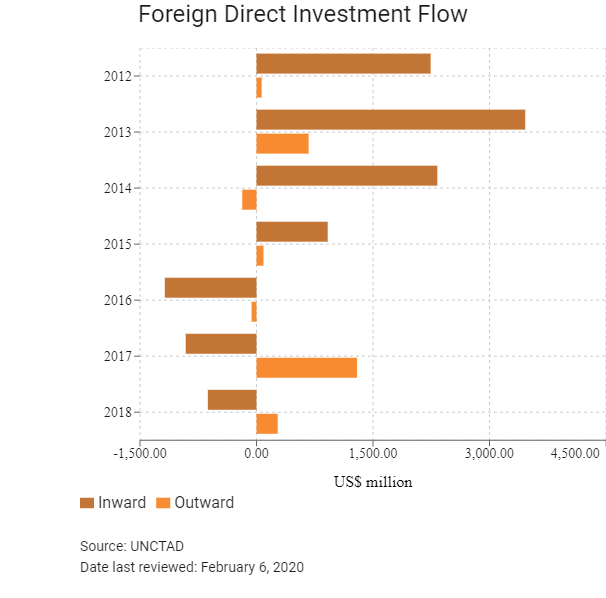 Foreign workers must obtain work permits and a Uruguayan identity card and may reside in Uruguay under either a temporary or permanent residency visa. It can take up to two years to obtain permanent residency, but this should not pose additional risks to investors looking to bring in foreign workers, as residency permits are very likely to be issued eventually. Workers may reside in the country under a temporary visa until the permanent visa is issued.

There are no quotas for employment in Uruguay, except for businesses based in free trade zones, which must employ a workforce which is at least 75% Uruguayan, although this is negotiable.

ECONOMIC RISK
The importance of exports to the Uruguayan economy, coupled with the country's reliance on Argentina's demand for Uruguayan goods, will lead to slower growth over the short term as Argentina's recession continues. This will be compounded by weakness across the manufacturing and construction sectors, constraining the outlook for exports. Over the long term, consumption is likely to play a greater role in driving growth, as policymakers act on the need to diversify away from an agricultural exports-driven model of growth.

OPERATIONAL RISK
Uruguay benefits from limited risks to businesses. Uruguay offers a better educated and more flexible labour market, a higher quality and less congested transport network, a more open foreign direct investment policy, and a safer environment for foreign workers and businesses than several leading Latin American countries – including neighbouring Argentina and Brazil. Politically, the government of Uruguay is among the most stable in Latin America and well above the emerging market average. Businesses will face some risks in terms of high labour costs and corporate tax burden, but this does not undermine the country's overall regional competitiveness. 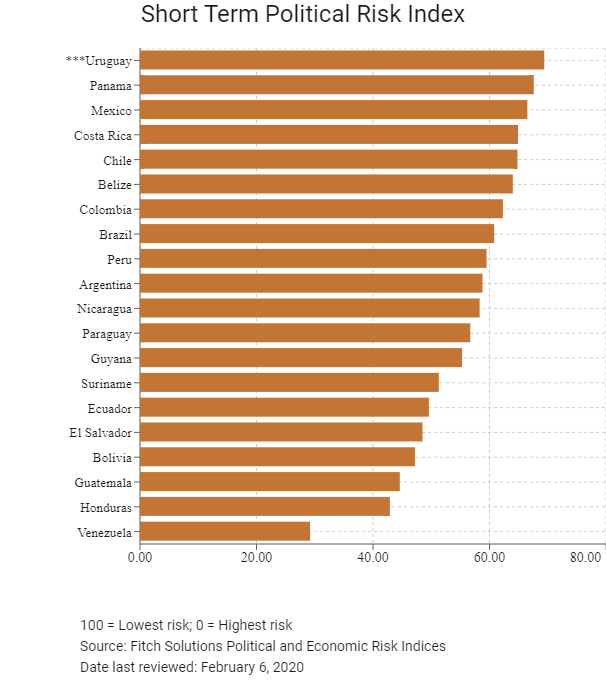 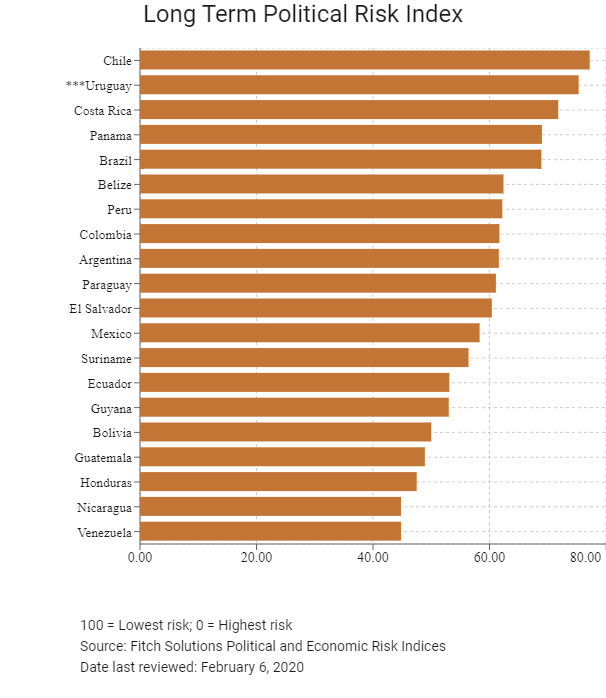 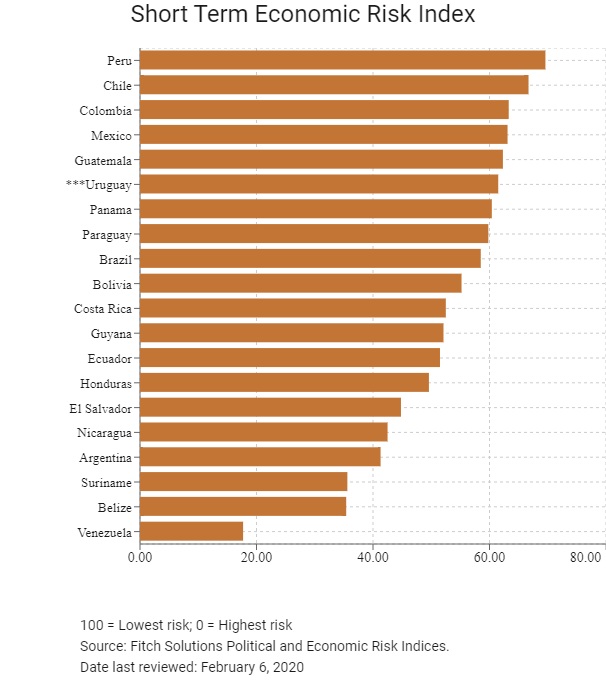 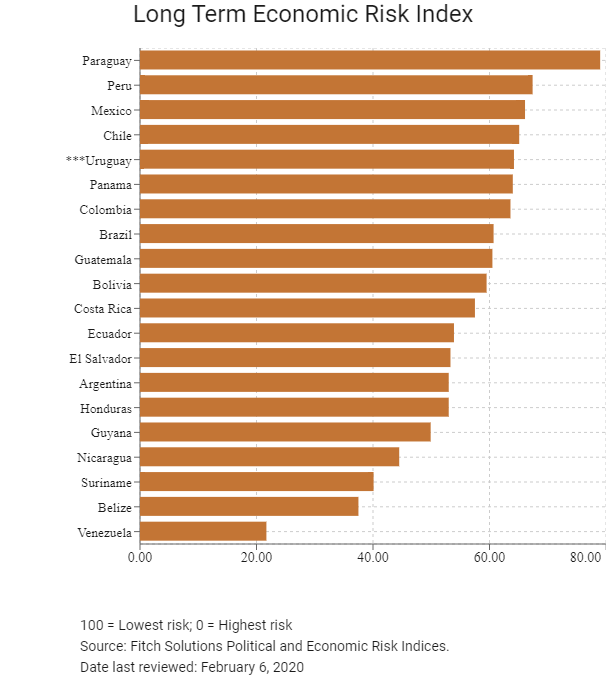 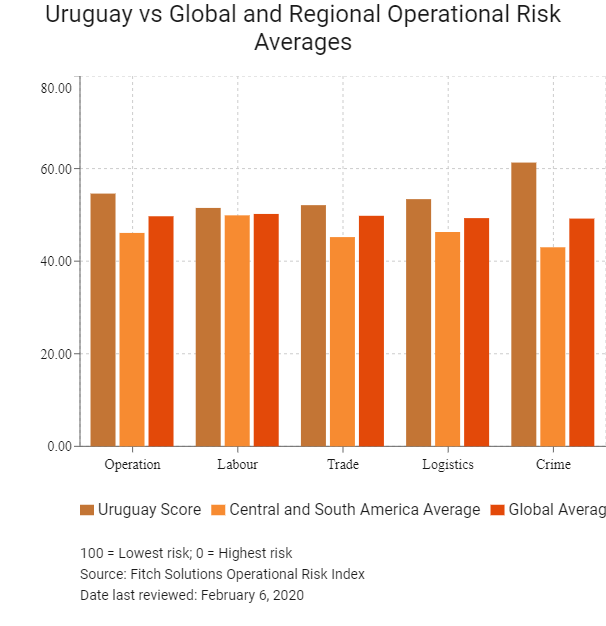 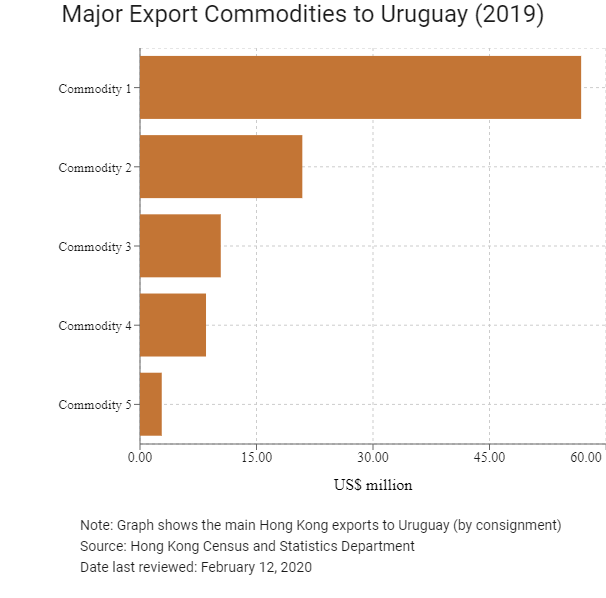 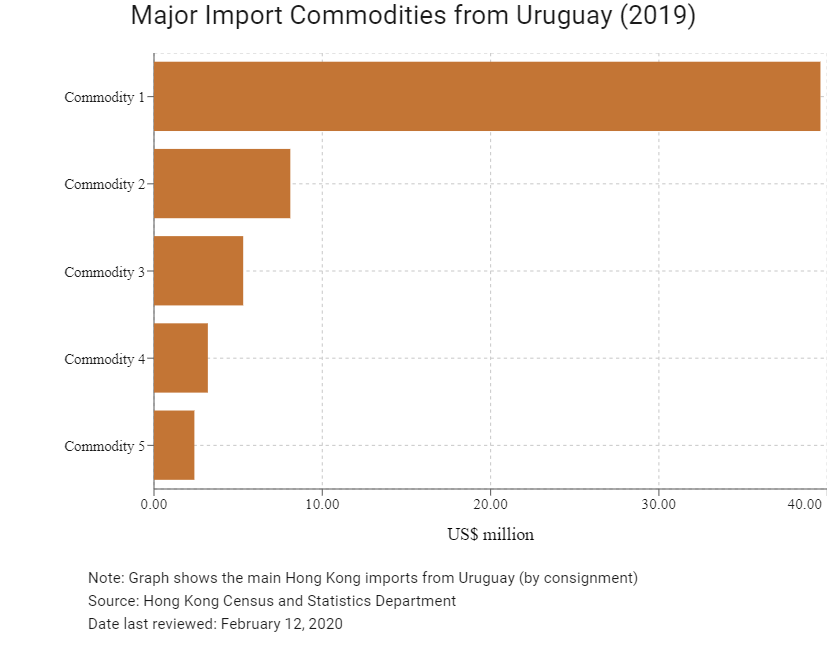 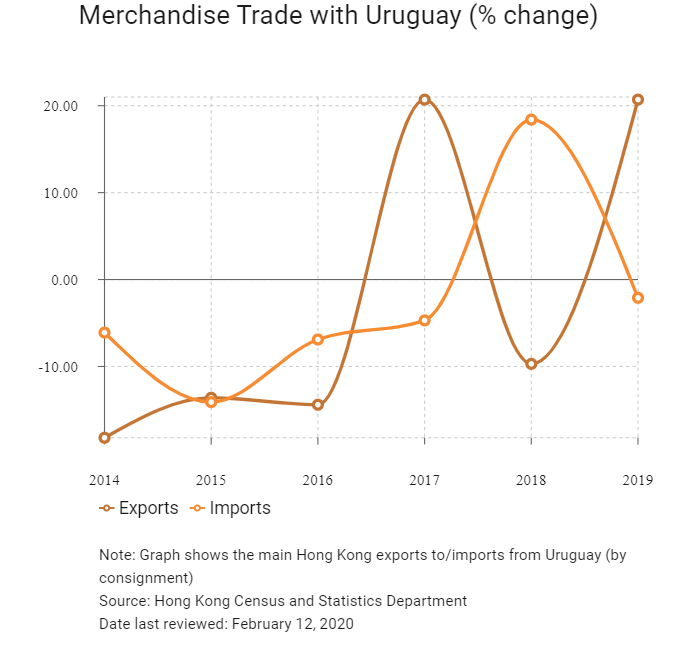 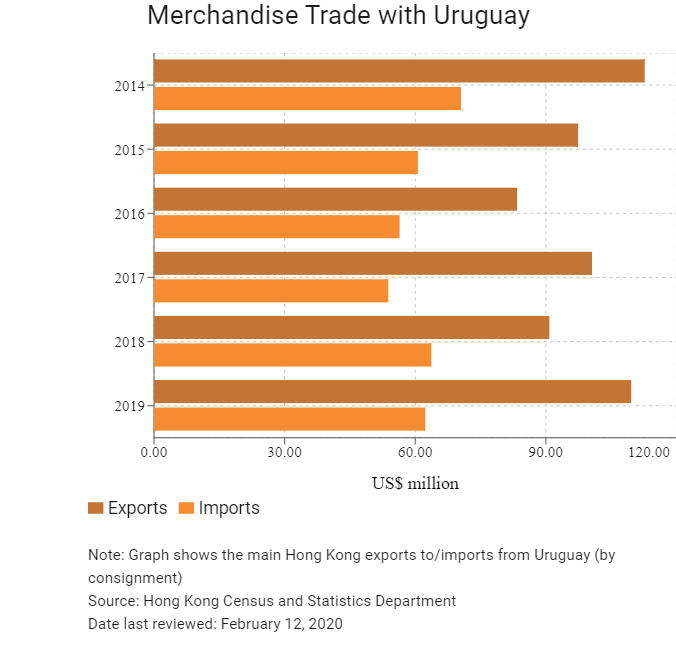 Treaties and agreements between Hong Kong and Uruguay

Uruguay has a bilateral investment treaty with Mainland China that entered into force on December 1, 1997.

Hong Kong residents can travel to Uruguay without a visa for tourism and business purposes and remain in the region for a period of up to 90 days.