Saudi Arabia is an oil-reliant economy with the largest proven crude oil reserves in the world. Ongoing structural reform efforts and an improving outlook for oil exports signal that Saudi Arabia's economic growth will continue to strengthen in the short-to-medium term. In order to shore up economic growth, the government is focussed on increasing economic diversification efforts and attracting foreign direct investment into other sectors. Public finances and growth remain vulnerable to volatility in global energy prices and oil production cuts, while turbulence in global financial markets could affect the cost of financing for both the sovereign and corporates, especially given the financing needed to implement Vision 2030 initiatives. On the upside, lower oil prices may increase the momentum for structural reforms under Vision 2030 and prompt the government to tackle difficult fiscal issues, such as spending on public sector compensation and benefits.

September 2017
The ban on women driving formally lifted, it allowed women to drive in 2018.

January 2019
The Saudi Arabian government signed three contracts worth around USD14 billion for implementing major railway projects. The first deal, signed with Mainland China Civil Engineering Construction Corporation, was for the USD10.6 billion Land Bridge project, which was aimed at linking the Red Sea and the Gulf Cooperation Council (GCC) ports via the railways between Dammam and Riyadh. The USD3.6 billion second deal had been signed with a Saudi-Spanish consortium to build Phase Two of the Haramain high-speed train project. The USD267 million third deal had been signed by Saudi Railway Company and United States firm Green Bakery Corporation for the manufacturing of train wagons in the country.

January 2019
Saudi Arabia started construction on NEOM Bay in the first half of 2019. NEOM Bay, which was the first urban area of the USD500 billion NEOM project, included the construction of homes, lifestyle and tourist facilities, innovation centres as well as hotels. The master plan concept for NEOM Bay was approved by Saudi Crown Prince Mohammed, who was also the chairman of the NEOM board. The phase was expected to be completed in 2020.

July 2019
The Organisation of the Petroleum Exporting Countries (OPEC), of which Saudi Arabia was a member, agreed to continue curbing oil production for another nine months, to March 2020, in an effort to bolster the oil price.

July 2019
Saudi Arabia announced plans to list Saudi Aramco, the state oil company, in 2020 or 2021. Previous plans on the initial public offering of the USD2 trillion company were put on hold in 2018.

November 2019
On November 3, Saudi Aramco announced its intention to move ahead with its long-awaited IPO on the Saudi stock exchange. The sale looked set to generate large-scale funding for economic diversification projects in Saudi Arabia, helping to alleviate fiscal pressures.

March 2020
Saudi Arabia and Russia, the world's two largest oil exporters, failed to agree on production cuts to increase global oil prices. As a result, Saudi Arabia drastically decreased the price of its oil, causing the global oil price to drop by about 30%.
Covid-19 lockdowns across various countries resulted in the demand for oil decreasing by about one-third.
Saudi Arabia earmarked a USD32 billion economic stimulus package to mitigate the effects of the Covid-19 pandemic and lower oil prices in the kingdom. 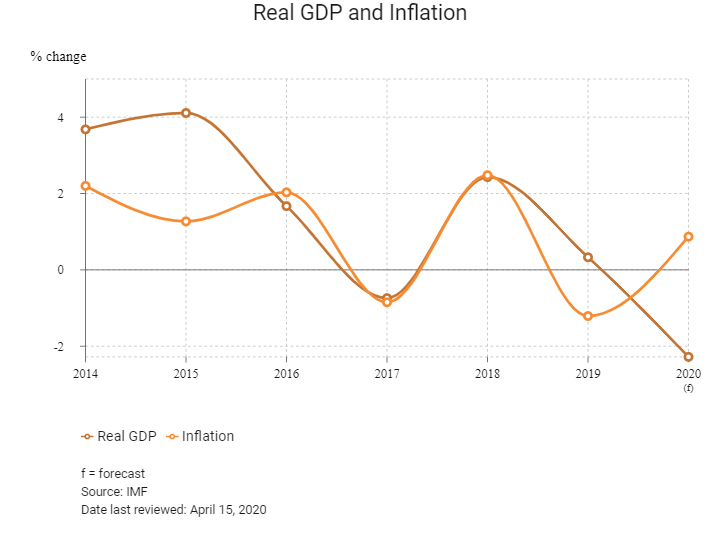 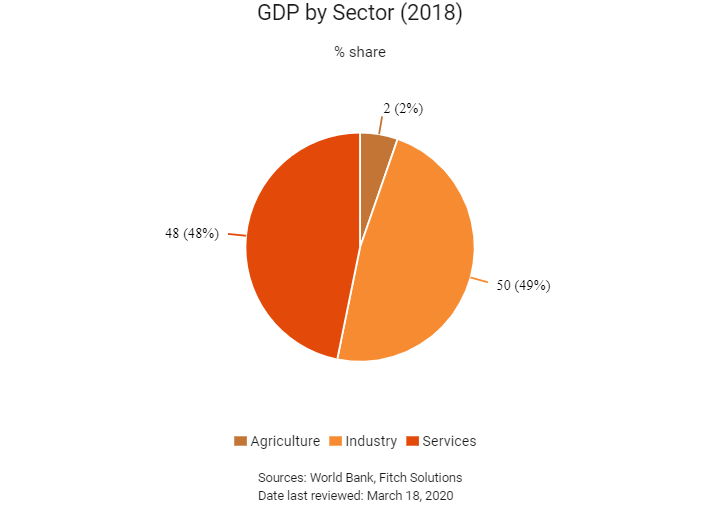 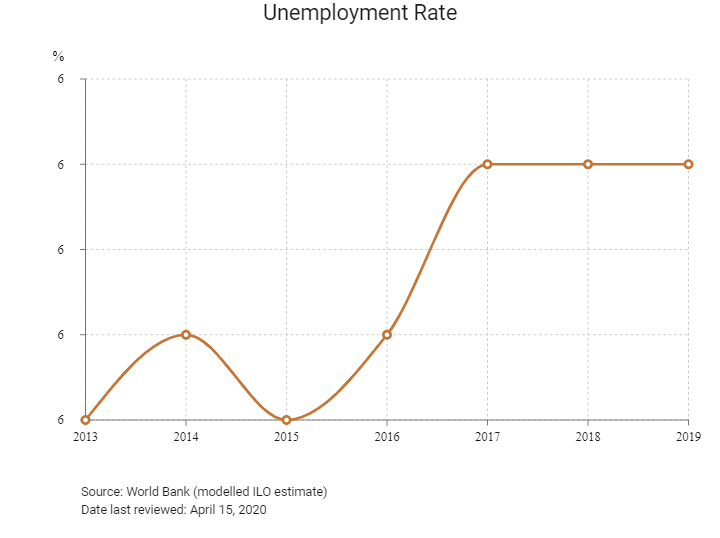 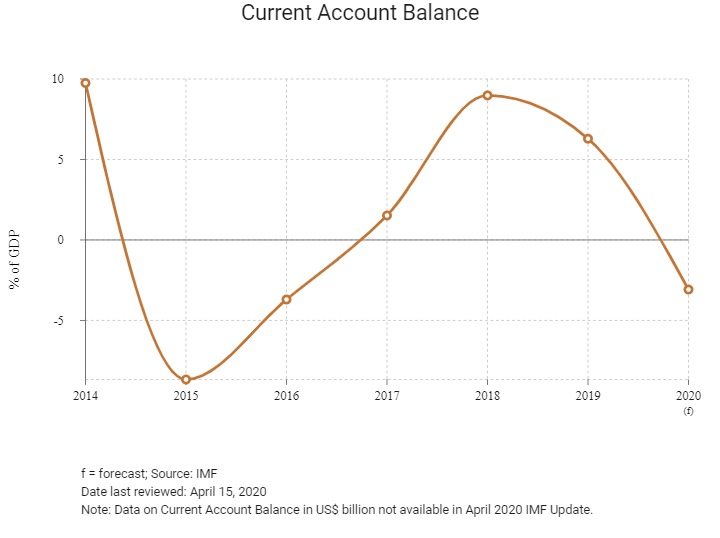 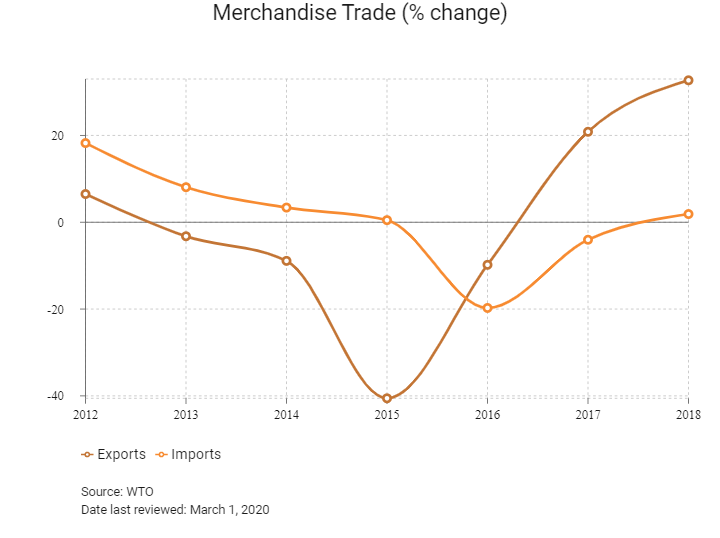 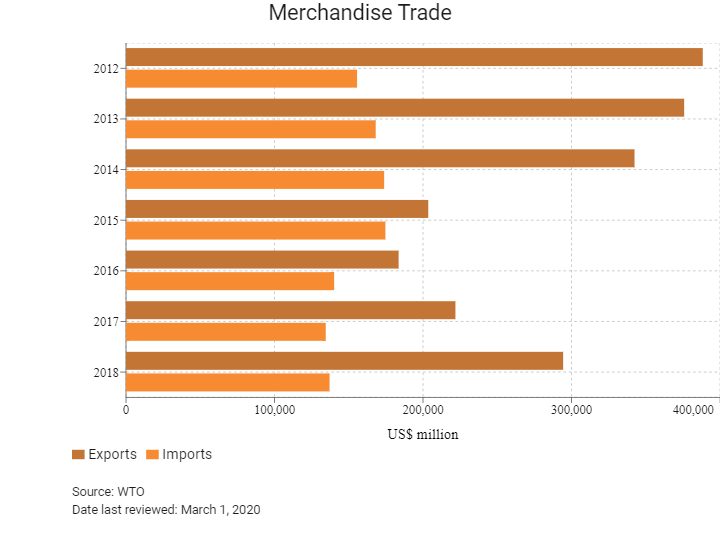 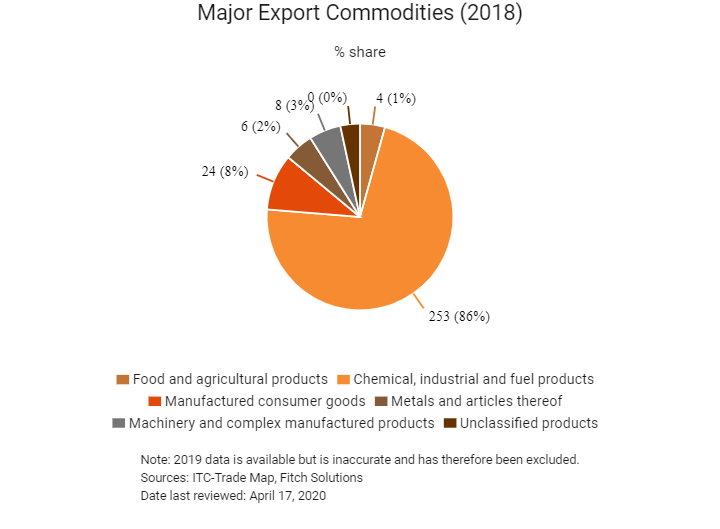 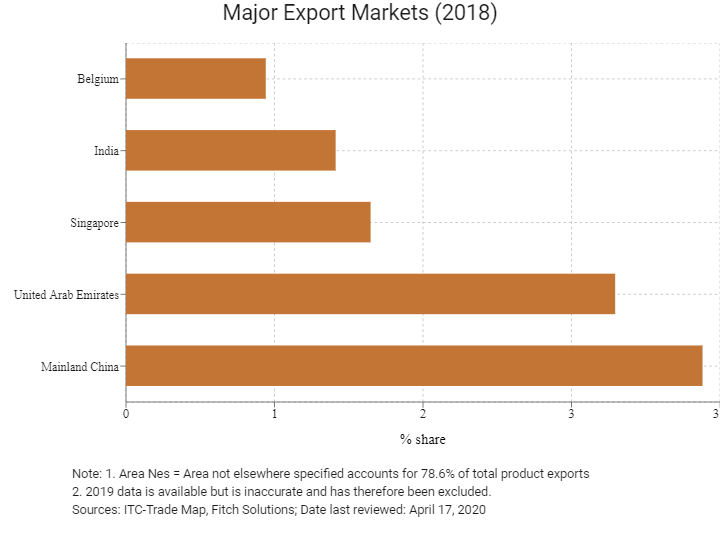 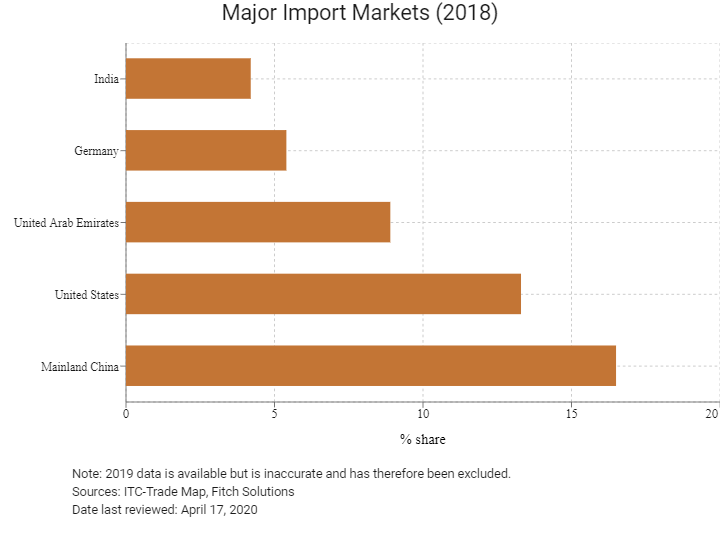 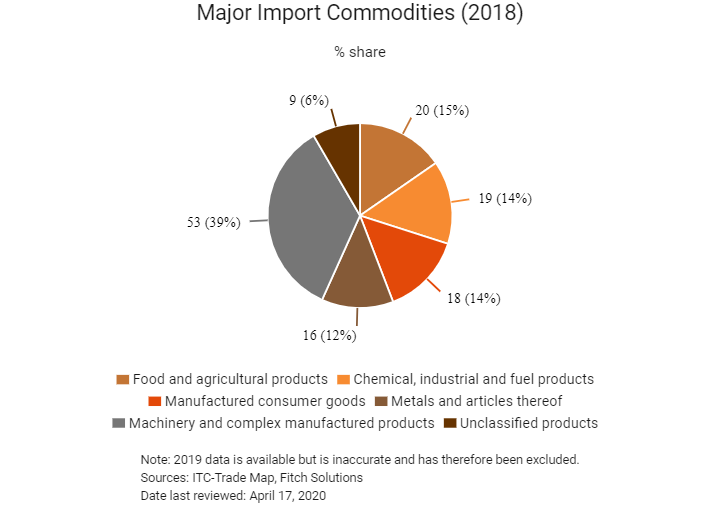 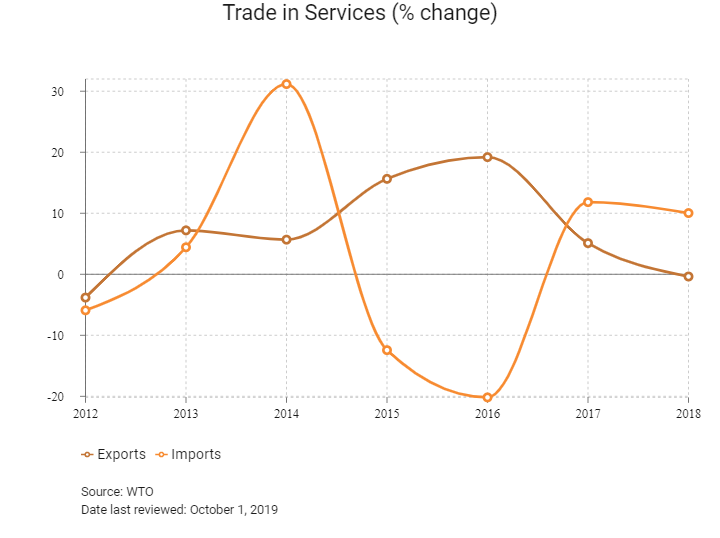 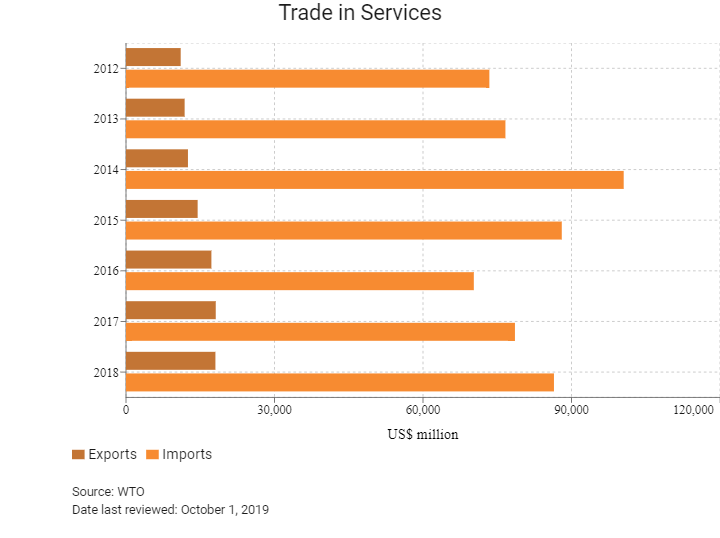 As Saudi Arabia's ties with the West cool, the kingdom is starting to pivot towards the East as part of its 'Vision 2030' plan. In February 2019, the crown prince commenced an Asian tour with the aim of strengthening economic, political and cultural ties.

The Trade Preferential System of the Organization of the Islamic Conference (TPS-OIC): The agreement would see to the promotion of trade between member states by including most favoured nation principles, harmonising policy on rules of origin, exchanging trade preferences among member states, promoting equal treatment of member states and special treatment for least developed member states and providing for regional economic bodies made up of OIC nations to participate as a bloc. The agreement will cover all commodity groups. The OIC comprises 57 members, making the full realisation of such an agreement highly impactful, encompassing approximately 1.8 billion people. Although the framework agreement, the protocol on preferential tariff scheme and the rules of origin have been agreed on, a minimum of 10 members are required to update and submit their concessions list for the agreement to come into effect. As of July 2019, only seven nations had done so. 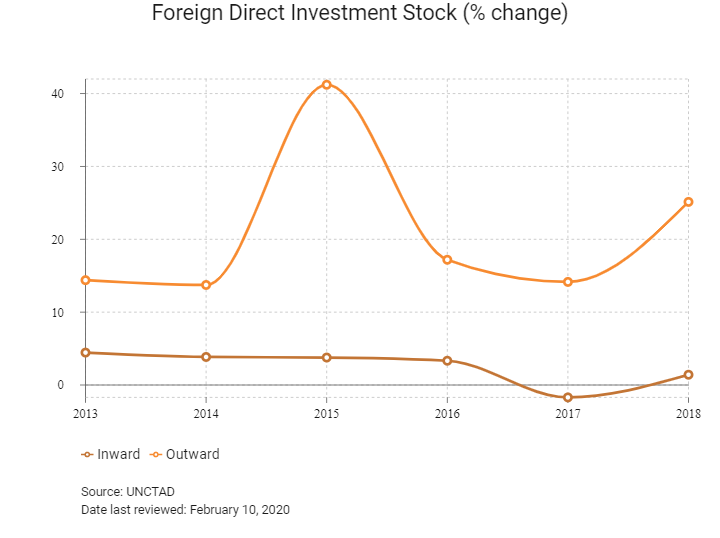 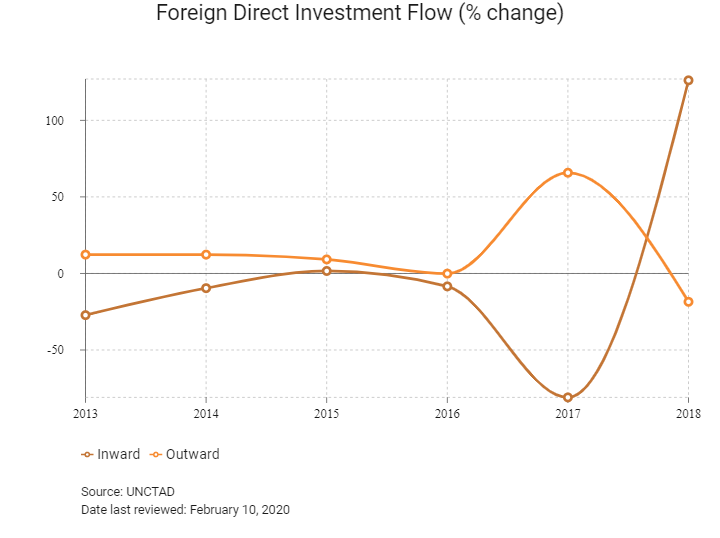 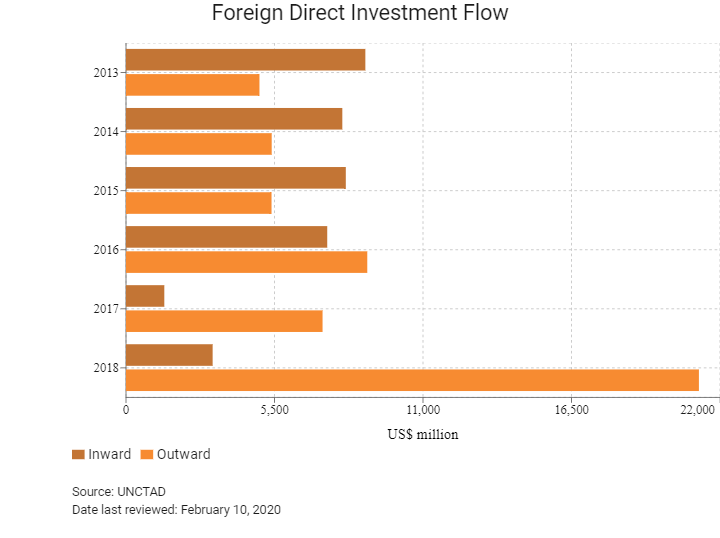 The Saudi Arabian government has launched a local workforce hiring localisation policy called 'Saudisation', which is intended to boost the employment of Saudi nationals and reduce reliance on foreign labour. Foreign firms are, therefore, required to employ and train Saudi nationals. In line with Saudi Arabia's economic diversification strategy 'Vision 2030', the Saudi Arabian government has ramped up the enforcement of its 'Saudisation' policies in order to try and achieve its aim of 50% of all employment in the country's private sector to be occupied by Saudi Nationals. Employers must consider Saudi nationals for any positions before they hire a foreign worker. Before a company can apply for a work permit for a foreign national it wants to employ, it must advertise the job opening for two weeks on a government jobs portal.

Certain positions are reserved strictly for Saudi nationals and businesses must pay certain charges for every foreign national they hire. There are also specific 'Saudisation' targets set for specific firms or sectors, and if these are not complied with there is strong potential for businesses not to get the work permits of their foreign workers renewed or to be denied work permits for new foreign employees.

Applicants must have an offer of employment by an employer willing to sponsor their application and from there the applicant must provide proof of education qualifications and various medical records. Due to the Saudi Arabian government's drive to promote local employment these are becoming increasingly difficult to obtain, especially as the government is becoming stricter with the implementation of its policies. This could have negative repercussions for future foreign worker permit applications or renewals.

All citizens of non-GCC states must apply for a visa before entering the country. However, in January 2020, the Saudi Commission for Tourism & National Heritage (SCTH) announced that visitors with United Kingdom, United States and Schengen-area country visas will be able to obtain a Saudi Arabia visitor visa at airport arrival halls, regardless of their citizenship. The only requirement is that the visitor must have previously used the visa to travel to any one of these countries before entering Saudi Arabia. In September 2019, Saudi Arabia also announced that it would begin offering visas for the first time to non-religious tourists from 49 countries. Holders of Israeli passports or holders of passports with an Israeli stamp are likely to be denied entry.

ECONOMIC RISK
Saudi Arabia's economic fortunes are heavily tied to global oil and gas prices, such that lower for longer oil prices pose significant economy-wide risks. The Covid-19 outbreak and resultant negative effects on oil demand and prices may have a negative impact on the government's financial commitment towards infrastructure and social services. Moreover, although growth in non-oil activities should remain in positive territory, a more restrictive budget will likely slow dynamics in some sectors, while volatile oil prices represent a key downside risk. That said, the Vision 2030 plan is expected to provide much-needed economic diversification and long-term benefits for private sector growth and FDI levels in the decades ahead.

OPERATIONAL RISK
Saudi Arabia remains one of the top regional performers in terms of its operating environment. This competitiveness is largely associated with the kingdom's larger trade volumes and inward FDI flows compared to its peers, its well-developed taxation and financial systems, and its superior logistics network to those of many other Middle Eastern states. The construction of numerous railway networks will diversify internal transport options and further facilitate trade flows in the long run. The kingdom's considerable oil and gas wealth ensures low electricity and fuel costs, and a high degree of availability for both utilities, benefiting business in terms of lower operating costs and reliability. As the main OPEC producer, Saudi Arabia is in a strong position within the cartel. Even though Saudi Arabia is on the path of diversification to stimulate foreign investment and economic activity in non-crude sectors through its Vision 2030 plan, it will take some years before these measures have a significant impact. King Salman and his influential son Mohammed have shown greater willingness to grapple with economic reforms, restructuring the country's economy, administrative apparatus and pushing through fiscal consolidation measures. 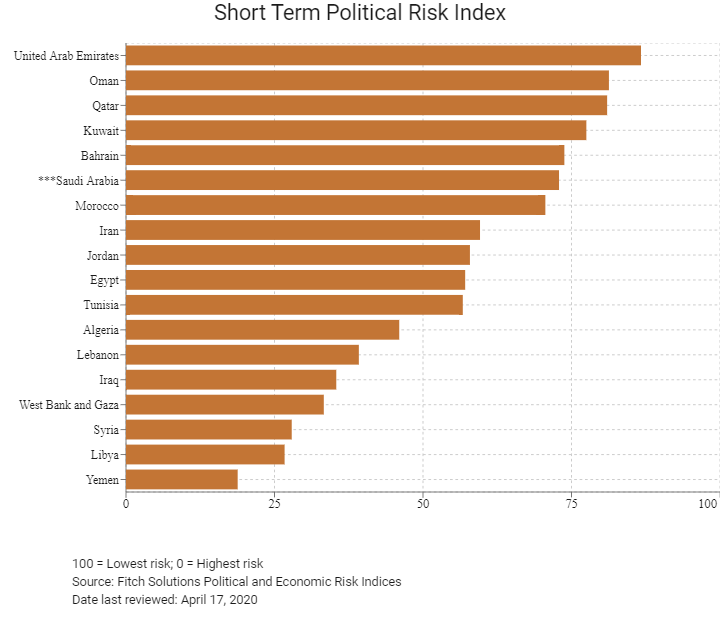 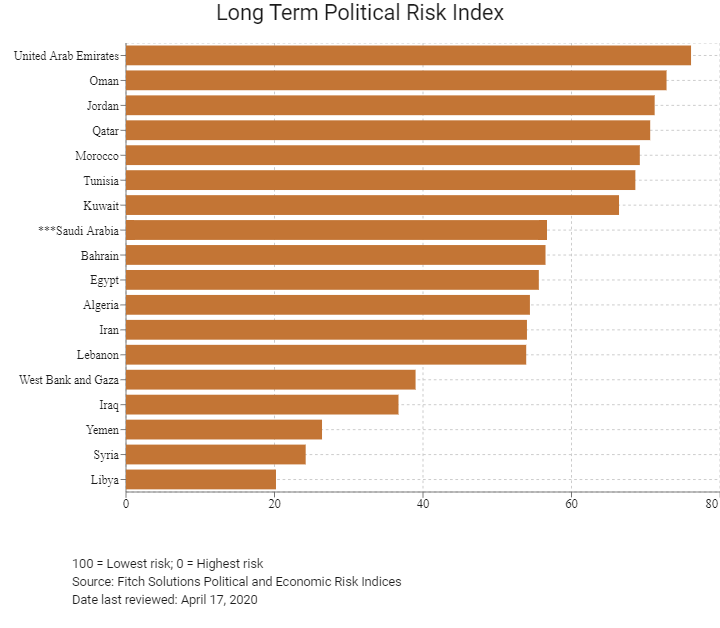 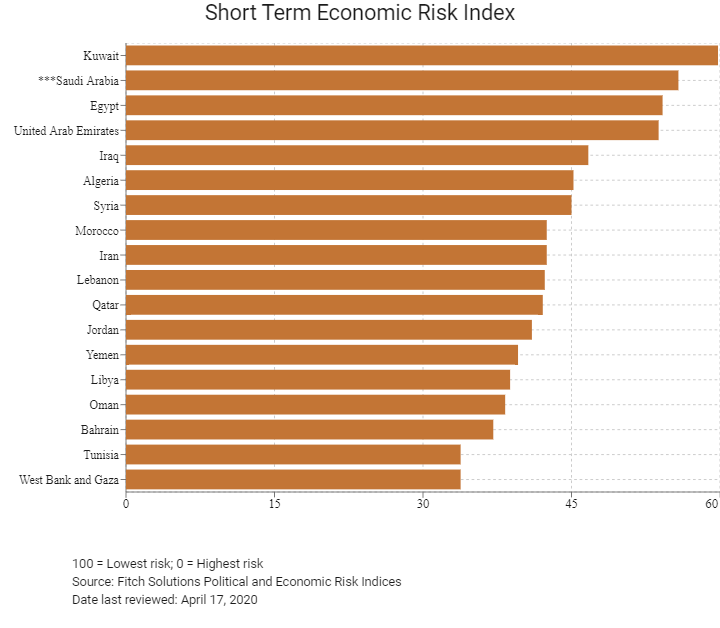 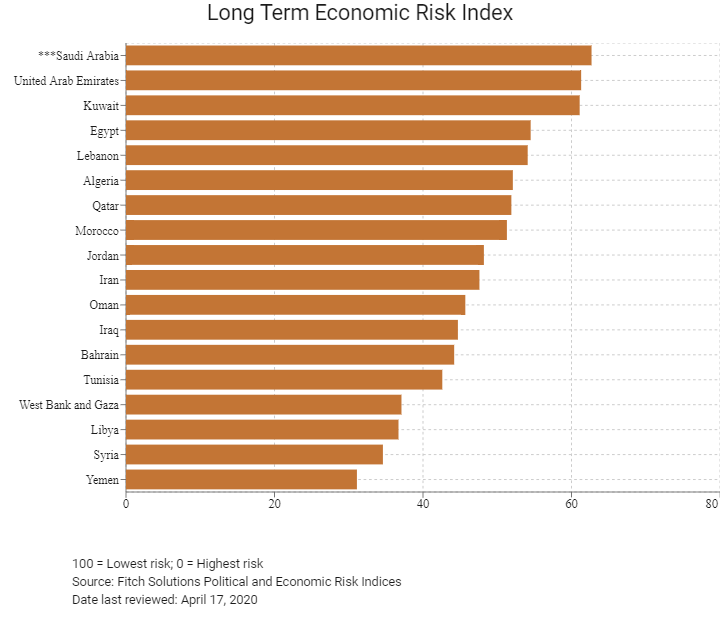 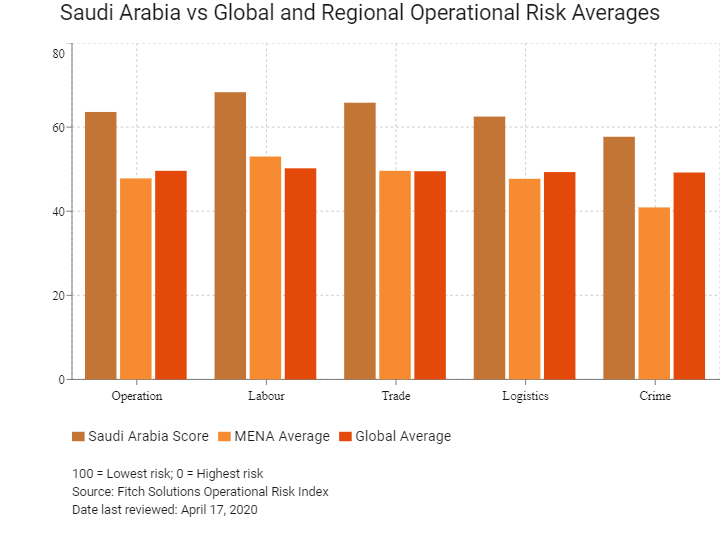 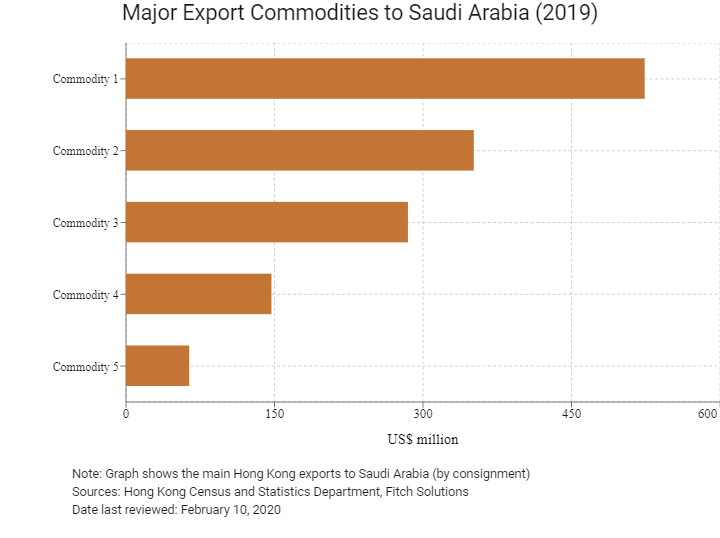 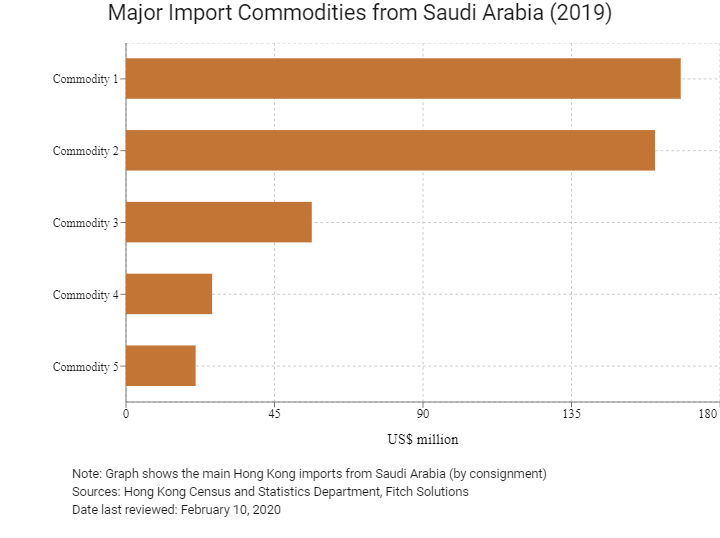 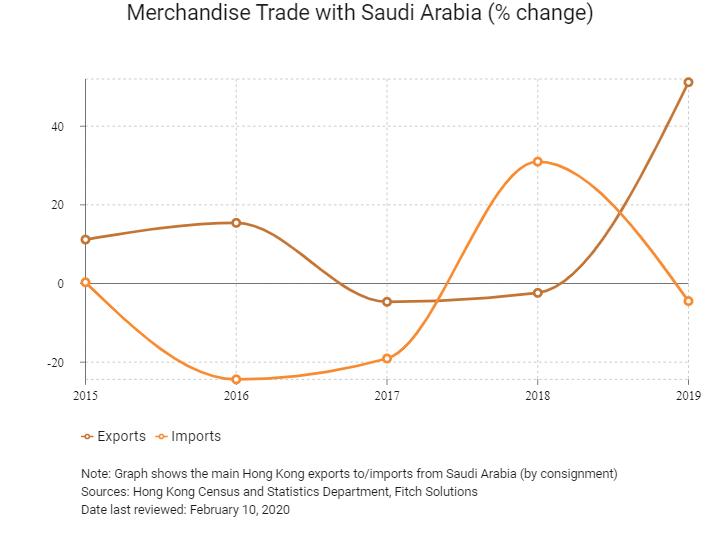 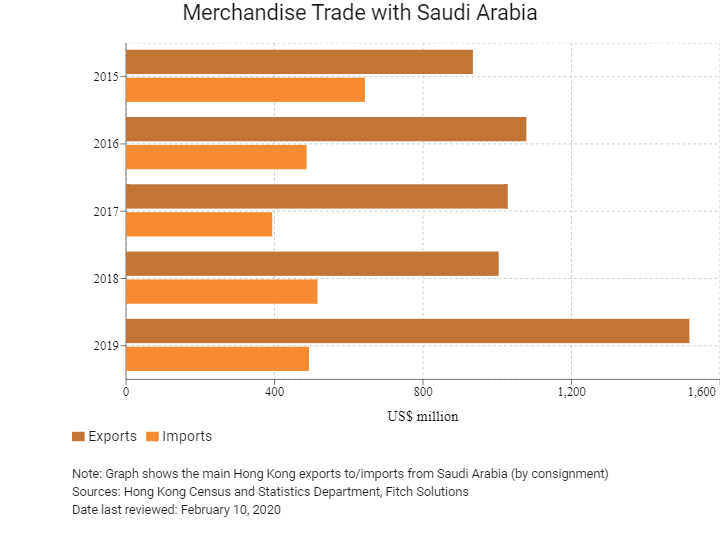 Treaties and agreements between Hong Kong and Saudi Arabia

Visa applications must be completed prior to travel. It is important to note that the passport must not contain any evidence of prior or intended travel to Israel. Since September 27, 2019 Mainland and Chinese HKSAR passport holders and are granted entry to Saudi Arabia for tourism reasons by applying for a one-year, multiple entry eVisa. 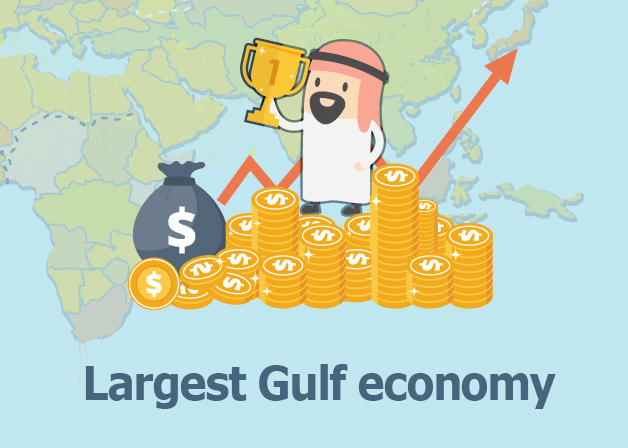 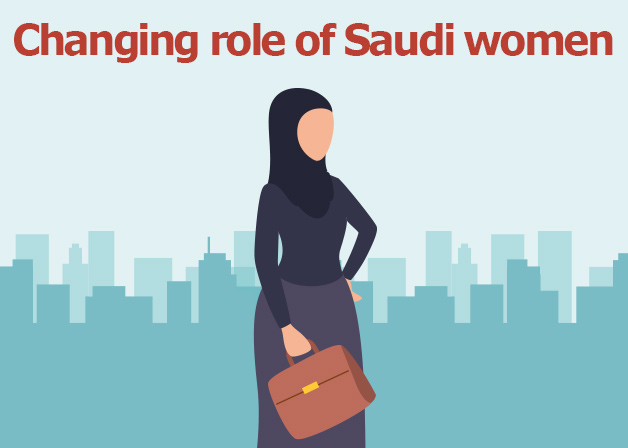 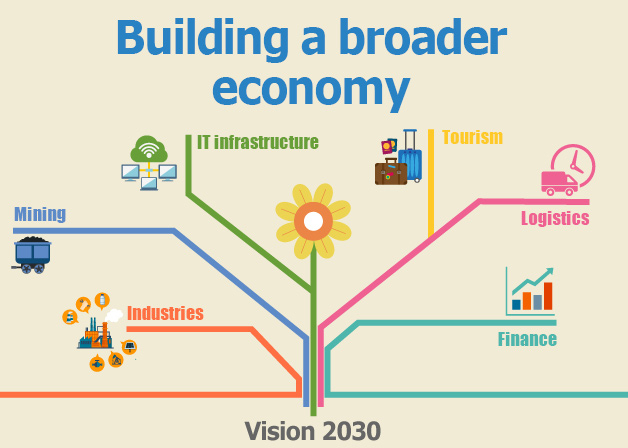 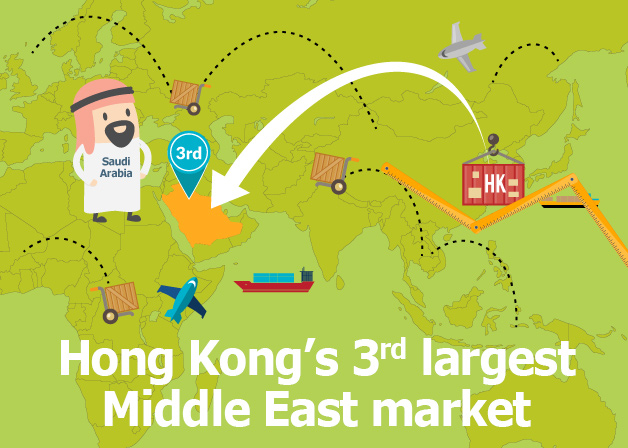 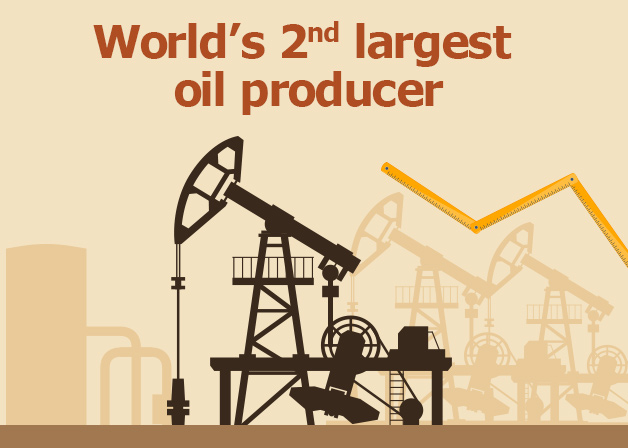