Nepal is one of the poorest countries in the world, with a GDP per capita of only USD835. After years of transition, Nepal is headed for political stability following local, provincial and federal elections in 2017. Although economic activity rebounded strongly in Nepal in 2017, the country still faces increasing domestic and external risks. The Nepalese economy will benefit from infrastructure investment by both the Indian and Chinese governments.

June 2017
Pushpa Kamal Dahal was replaced as Prime Minister by the Congress leader Sher Bahadur Deuba under a rotation agreement reached the previous April and set to last until the elections in February 2018.

February 2018
The new cycle of legislative elections came to an end with the February 7 indirect election of the National Assembly. The names of members elected under the Proportional Representation system to the seven provincial assemblies were announced on January 17 and to the House of Representatives on February 14, 2018.

May 2018
The main group of Nepal's Maoist former rebels and the Communist UML party merged on May 17 to form Nepal's biggest left party. Officials said the two constituents of the ruling coalition had formed the Nepal Communist Party, which now headed the nation's first majority government in 19 years.

August 2018
The Indian government stated that it would help the Nepalese government by building a rail link between Kathmandu and the Indian border town of Raxual in the eastern Bihar state, with the aim of facilitating passenger and cargo movement to the landlocked nation.

September 2018
Nepal's new government awarded Mainland China's Gezhouba Group Corporation a contract to build the USD2.5 billion Budhi Gandaki hydroelectric project. In addition, there would be a Mainland China-Nepal railway, connecting the Tibetan City of Shigatse with Kathmandu. The railway will cover a distance of more than 660km.

November 2018
The World Bank approved USD133 million worth of credit to enhance Nepal's domestic transport infrastructure. The funds would be directed towards the construction and maintenance of safe, resilient and cost-effective bridges along Nepal's Strategic Road Network.

February 2019
The Indian government proposed to build the 400MW Lower Arun hydropower project in Nepal. Indian Minister of State (Independent Charge) for the Ministry of Power Raj Kumar Singh stated that the scheme could be developed on a build-own-operate-transfer model, which was also being adopted by India to develop the 900MW Arun III hydropower project in Nepal. The new project was expected to entail an investment of more than NPR100 billion (USD881 million). The Department of Electricity Development in Nepal was undertaking the project feasibility and detailed study. The project could have around 1GW capacity if it was designed to export power to India.

September 2019
Investment Board Nepal shortlisted Swiss firm Flughafen Zürich to construct the Nijgadh International Airport in the Bara district. The firm would now have to submit an extensive proposal for the project. The airport would be developed on public-private partnership model in three phases and was estimated to cost NPR340 billion (USD3 billion). The first phase would cost USD1.21 billion, while the second and third phases would cost USD1.12 billion each. The board also shortlisted Mainland China Communication Construction Company to build the Kathmandu Outer Ring Road Project.

December 2019
The Government of Nepal signed a USD358 million loan deal with the Asian Development Bank (ADB) for four projects in the country. Of the total, USD195 million would be allocated to the Mugling-Pokhara Highway Improvement Project, which involved the widening of 81km road from Pokhara to Abukhaireni to four lanes. The Bagmati River Basin Improvement Project would use USD63 million from the loan amount. The scheme aimed to improve flood management and river health in the Bagmati River basin. 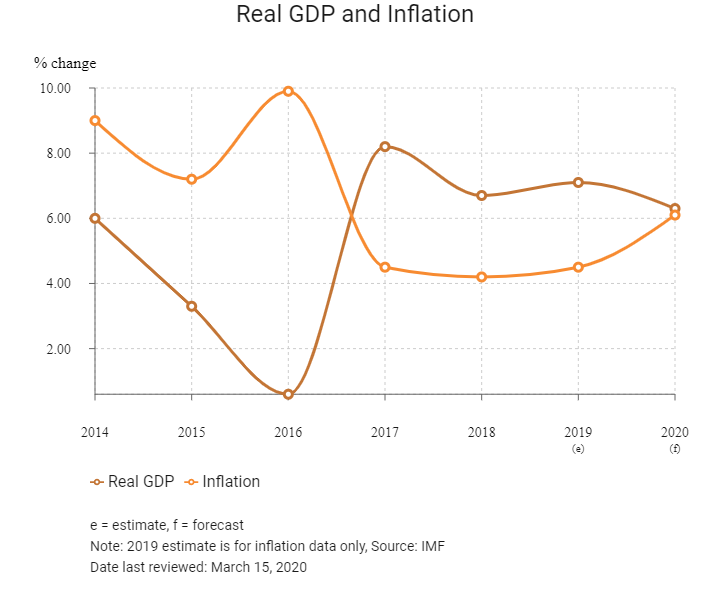 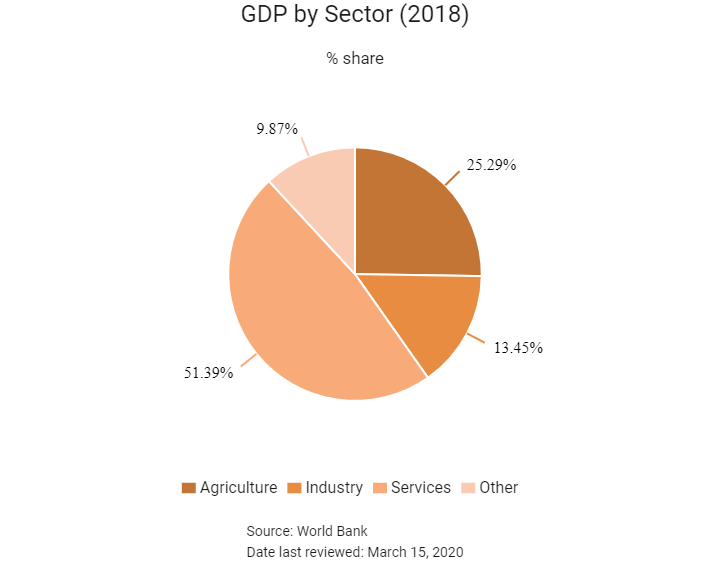 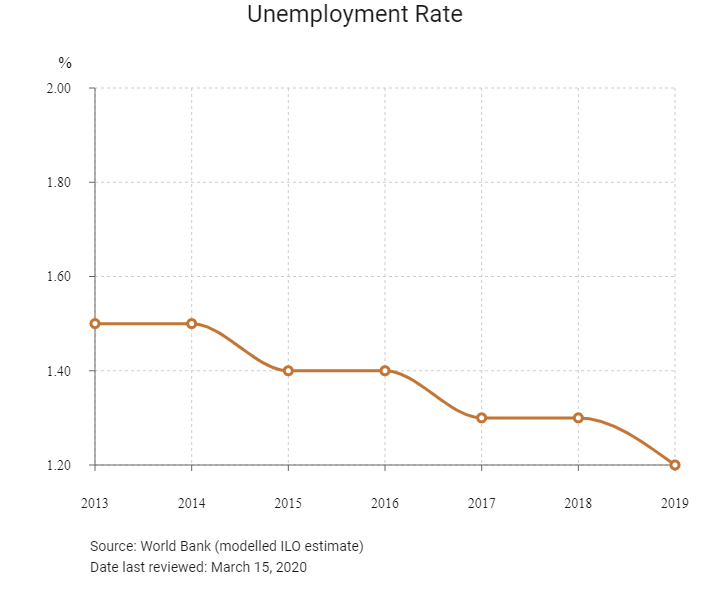 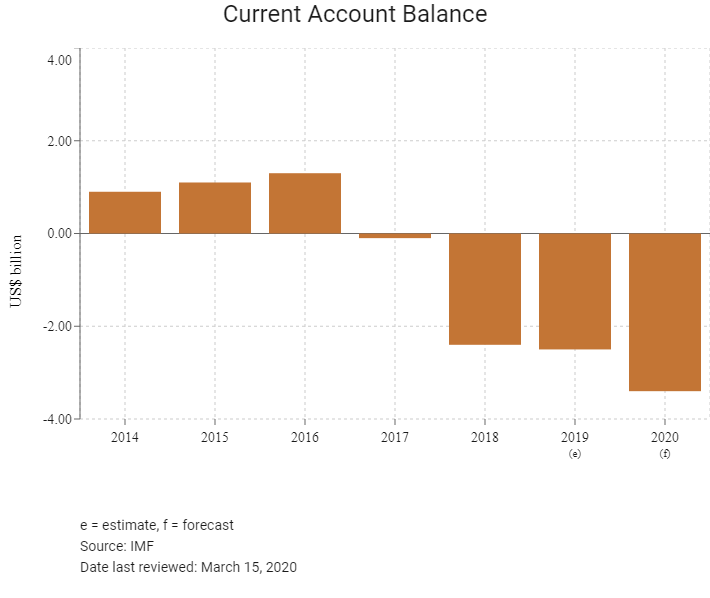 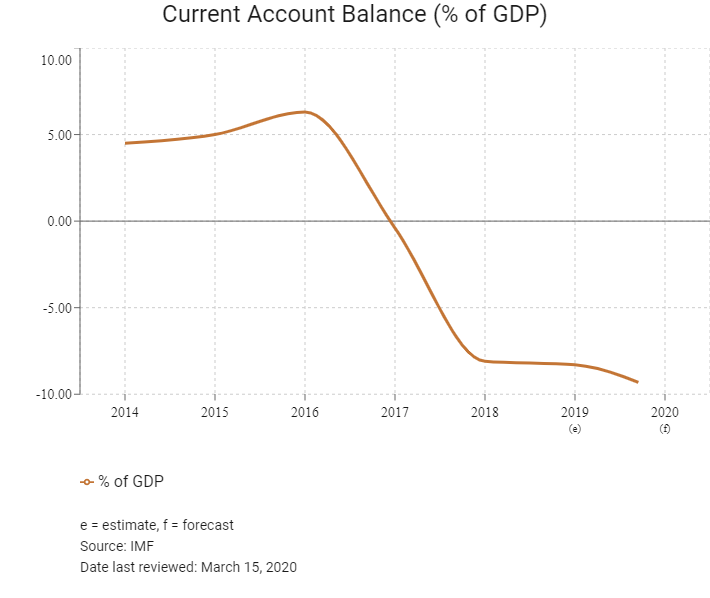 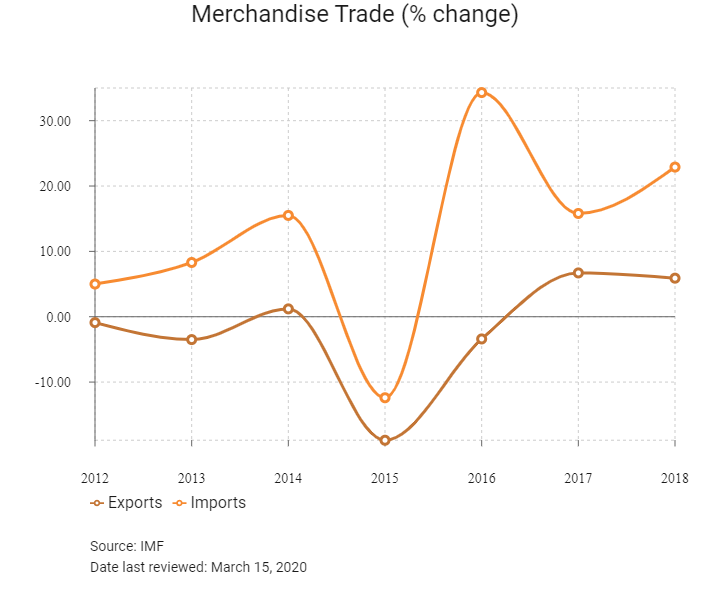 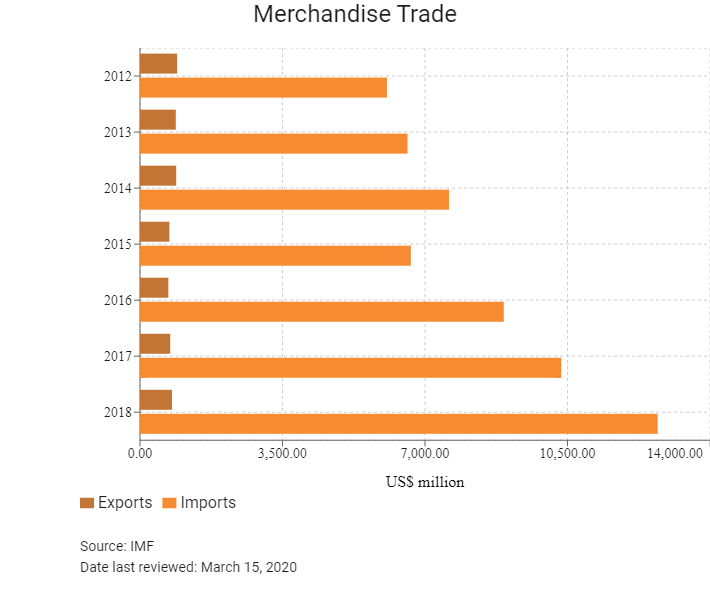 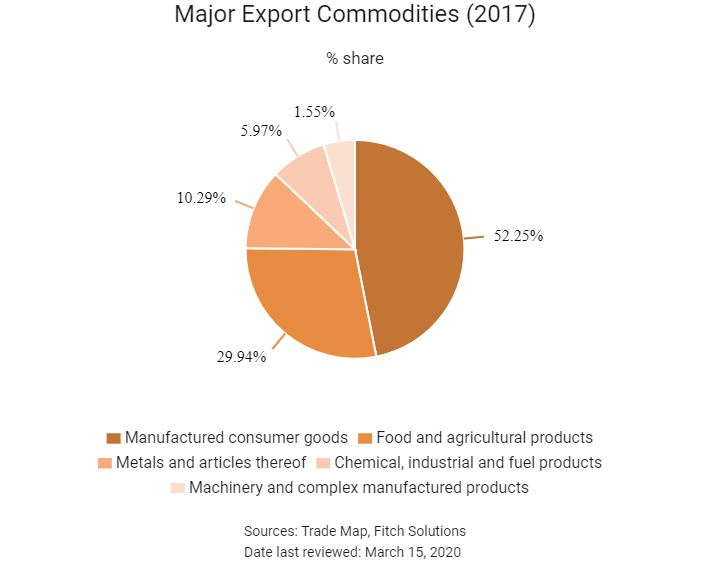 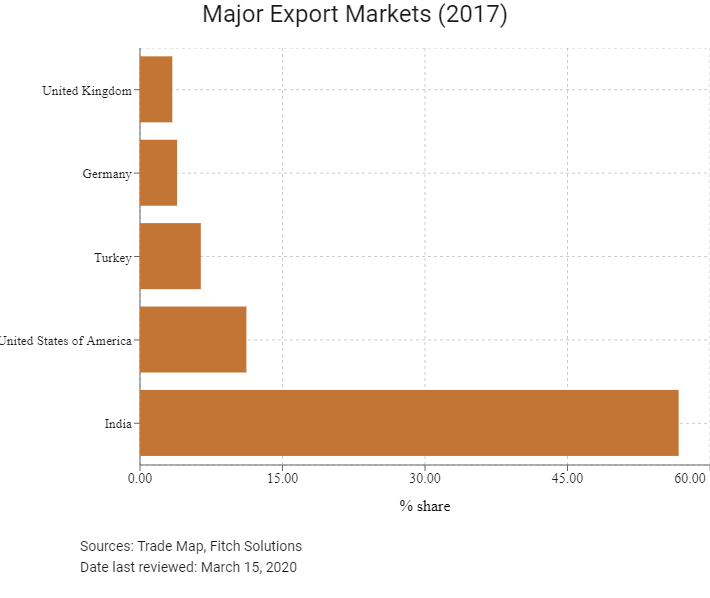 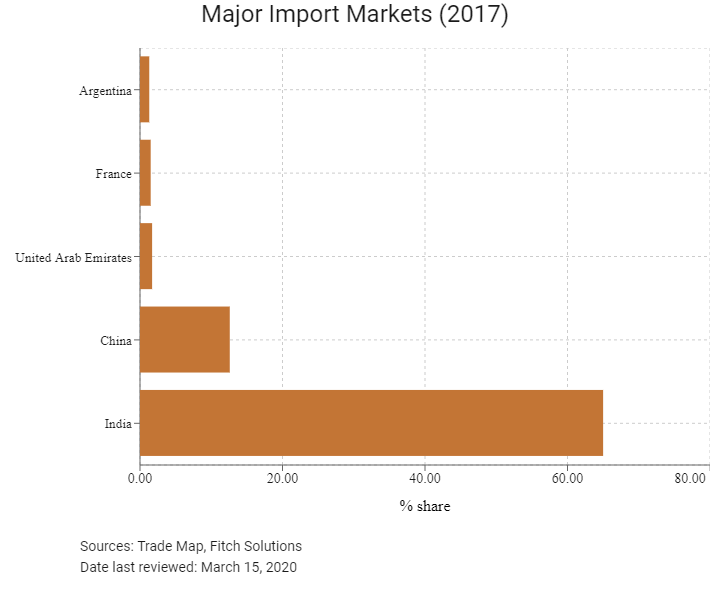 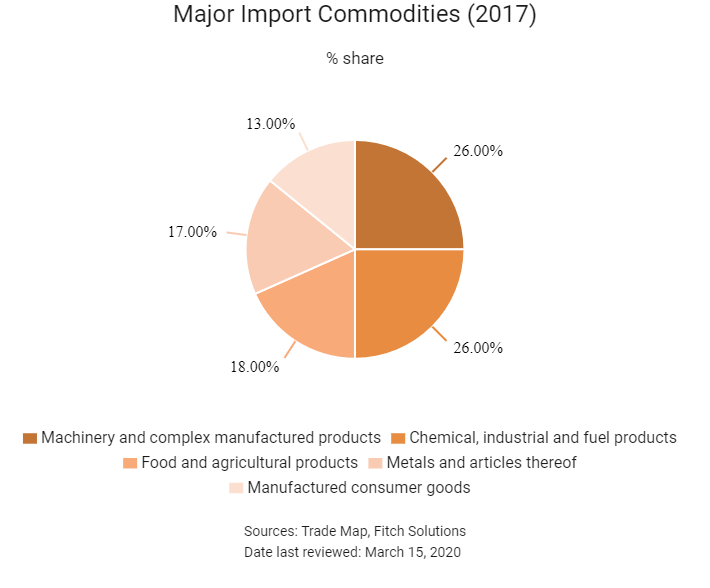 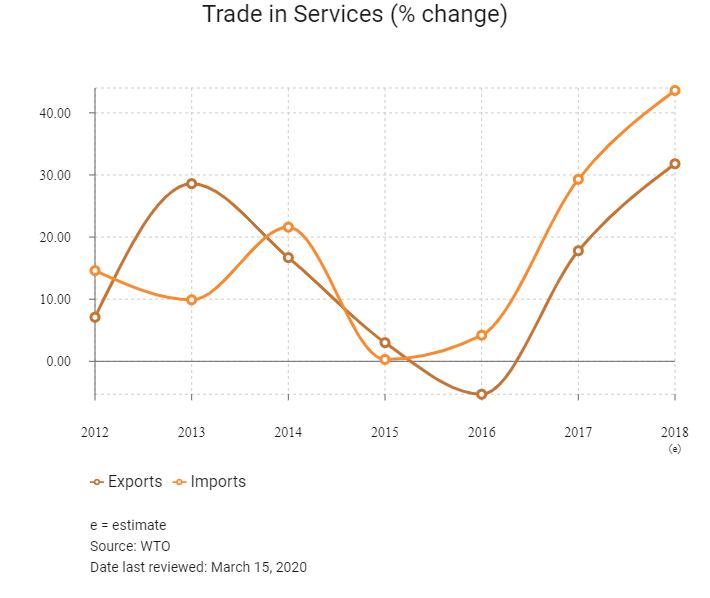 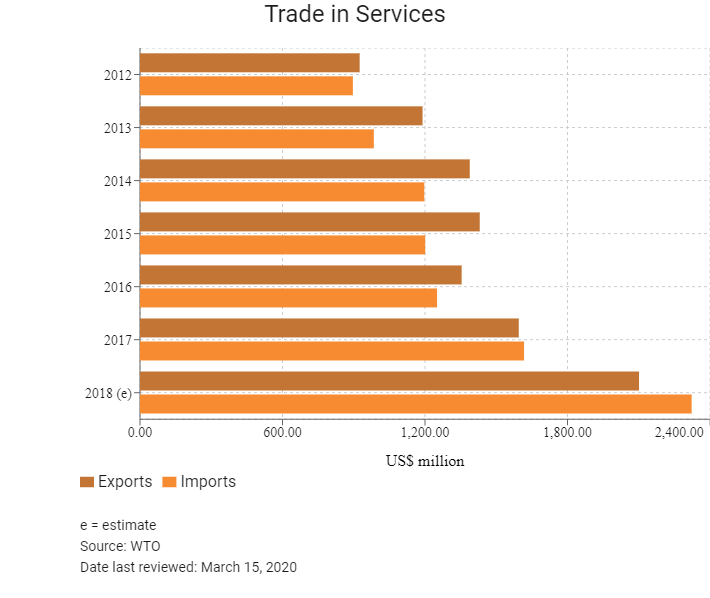 The Bay of Bengal Initiative on Multi-Sectoral Technical and Economic Cooperation (BIMSTEC): This plurilateral FTA is currently under negotiation. The agreement will focus on the trading of goods between Nepal, Bhutan, Myanmar, Sri Lanka, Bangladesh, India and Thailand. The bloc will bring together 1.5 billion people, or 21% of the world's population, and will have a combined GDP of more than USD2.8 trillion. 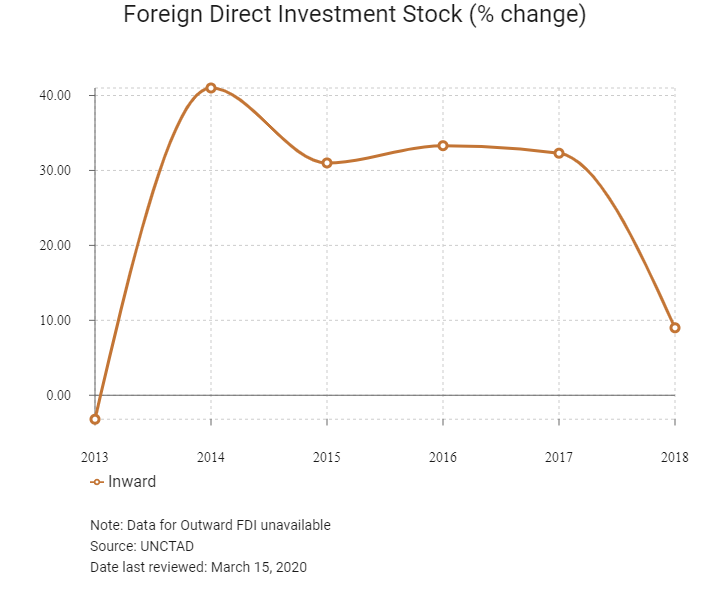 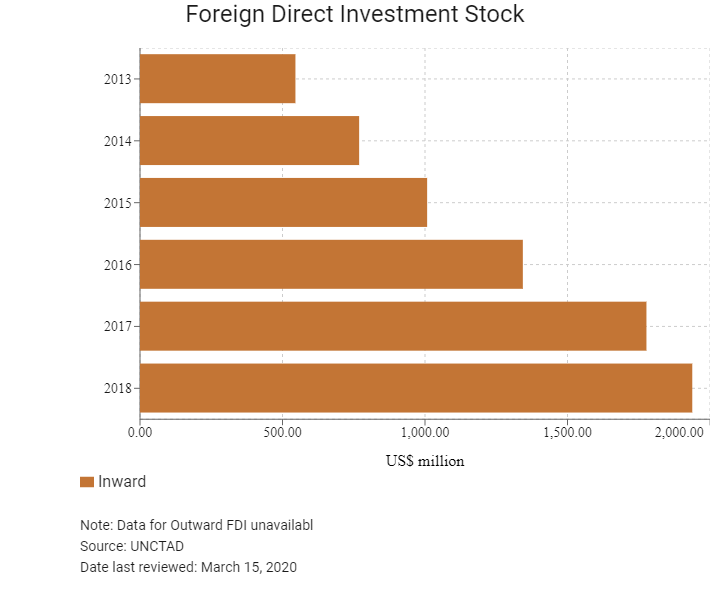 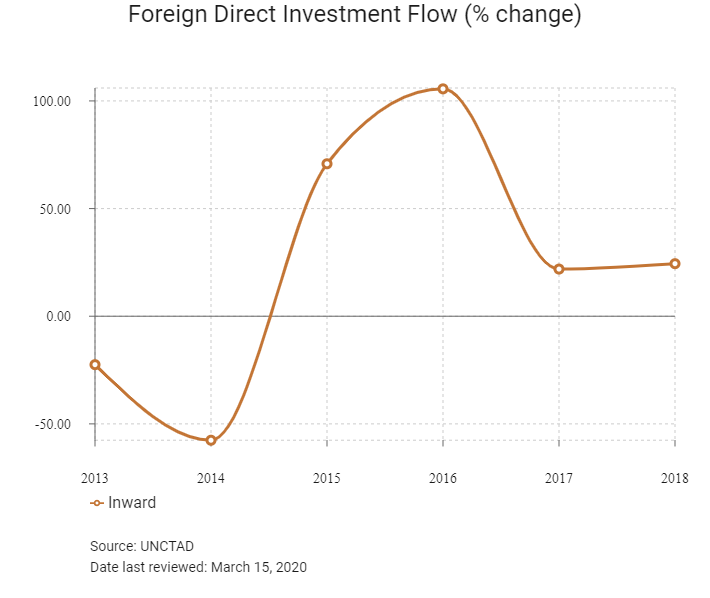 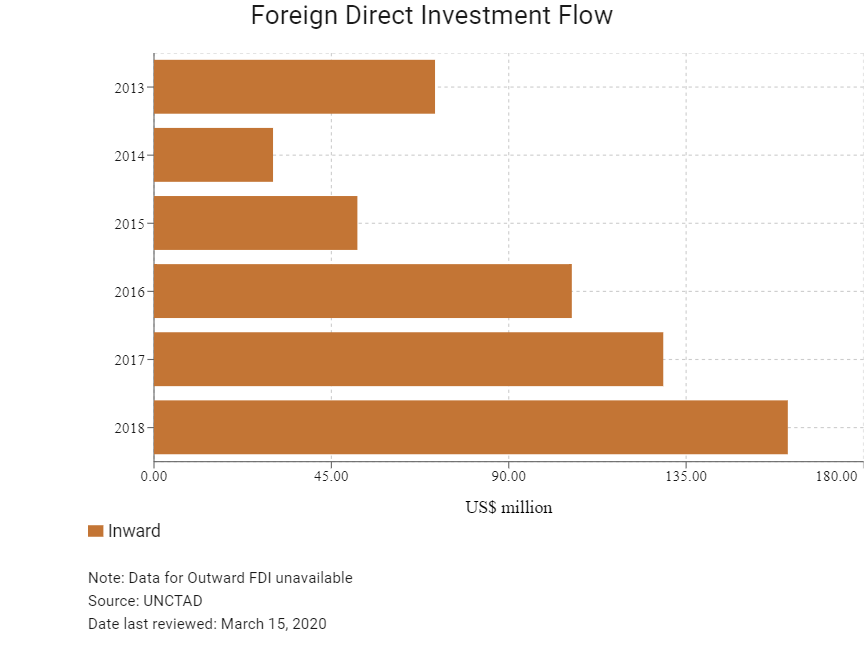 Revenue collection is expected to hover around NPR728.4 billion, which is very close to the target. Revised foreign development cooperation mobilisation is estimated to be NPR36.2 billion and NPR74.9 billion as grants and loans respectively.

There are no formal localisation policies in Nepal, but some foreign businesses and foreign workers have noted the difficult process for obtaining work visas. The government of Nepal generally limits the number of expatriate employees permitted to work at a company.

Citizens of India do not need a visa to enter Nepal and are granted freedom of movement. Most other passports are granted a visa on arrival once the required fee is paid.

ECONOMIC RISK
Nepal saw a broad-based recovery in 2017 as economic activity picked up, inflation moderated, government revenue and spending rose, and remittances grew. The focus on infrastructure development will see construction and manufacturing benefit over the next five years. However, the slow recovery of exports, increase in lending rates and a dynamic political environment will continue to pose challenges.

OPERATIONAL RISK
Nepal is transitioning into a federal democratic state. It completed its first local elections in 20 years, which took place in three phases. Provincial and parliamentary elections were completed in December 2017. That said, significant adjustments need to be made to the government structure. Businesses in Nepal are challenged by risks of natural disasters and extreme weather conditions, such as the flooding in mid-August 2017, the third major shock in three years, which caused severe disruption and damage to existing supply chains, especially through the southern plains. Nepal's geographic location on the boundary of two large tectonic plates makes the country particularly prone to earthquakes, which would hinder the progress of infrastructure projects. 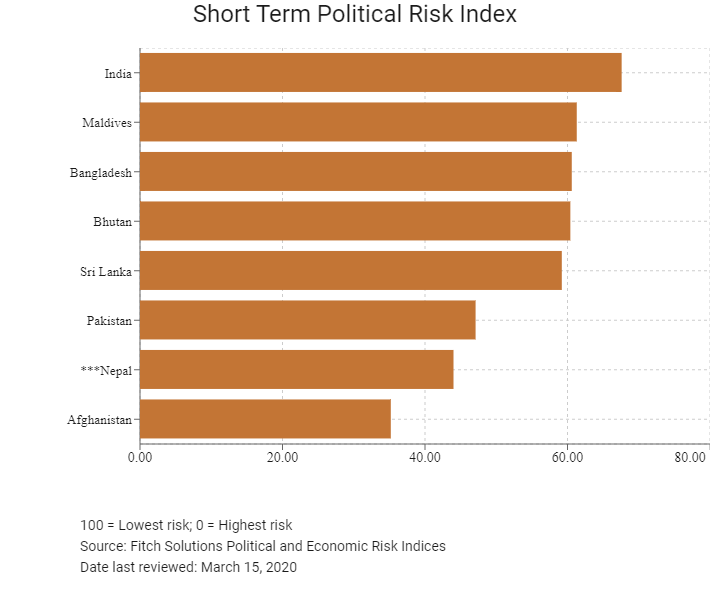 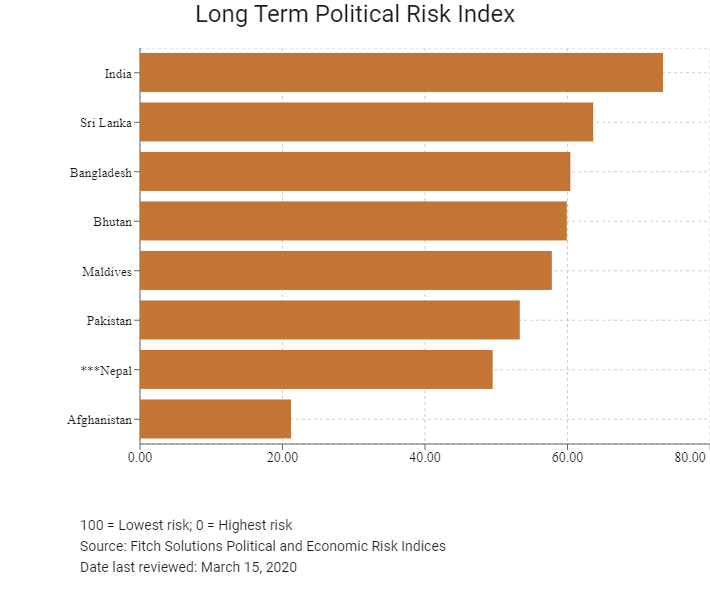 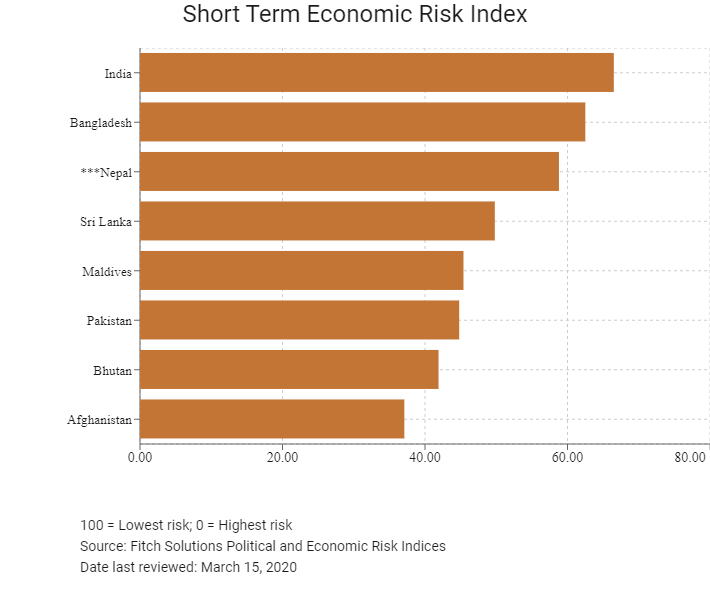 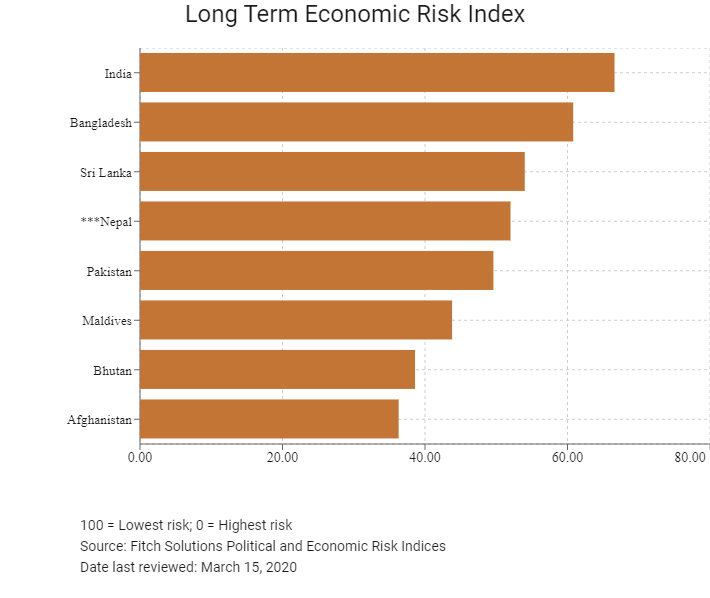 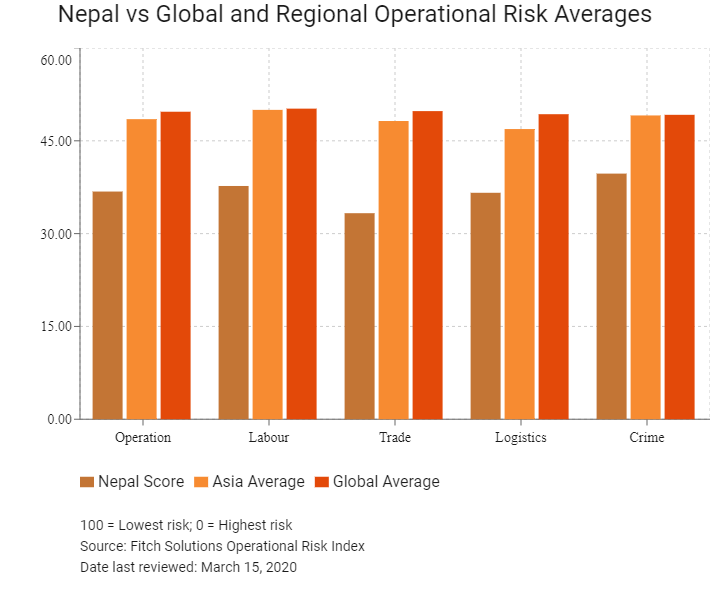 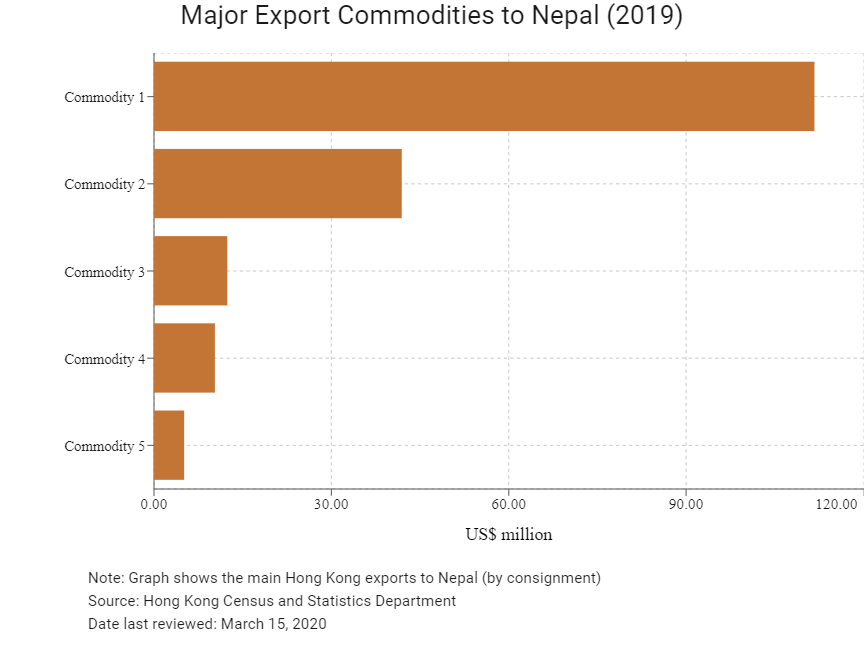 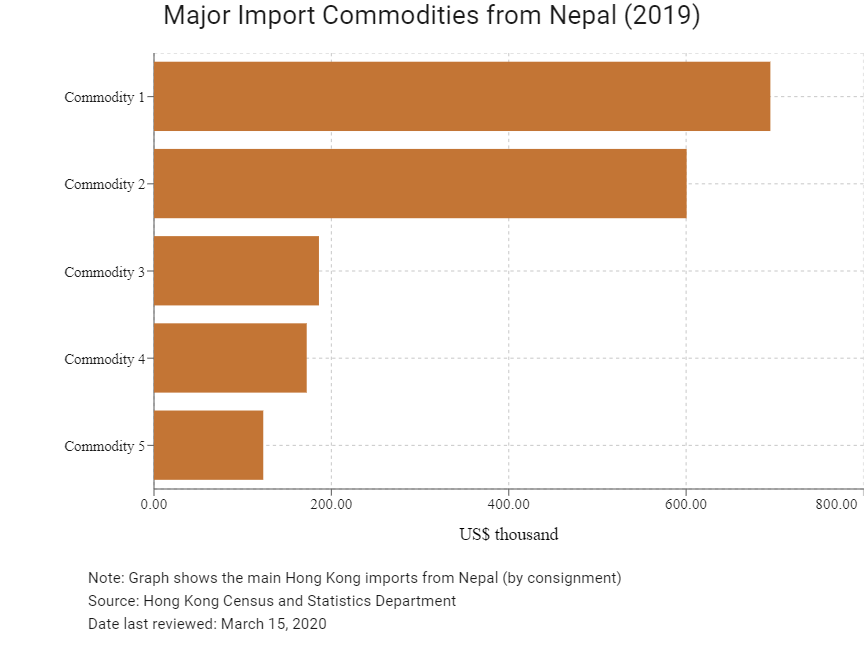 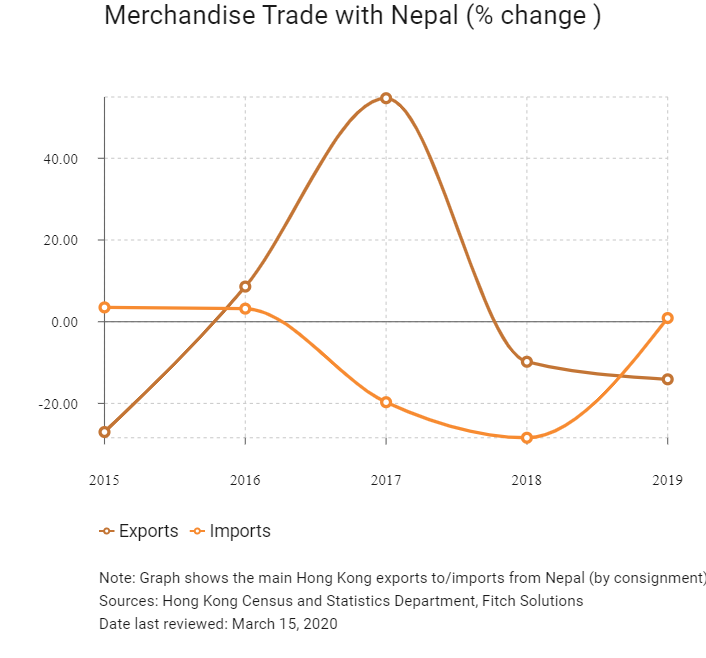 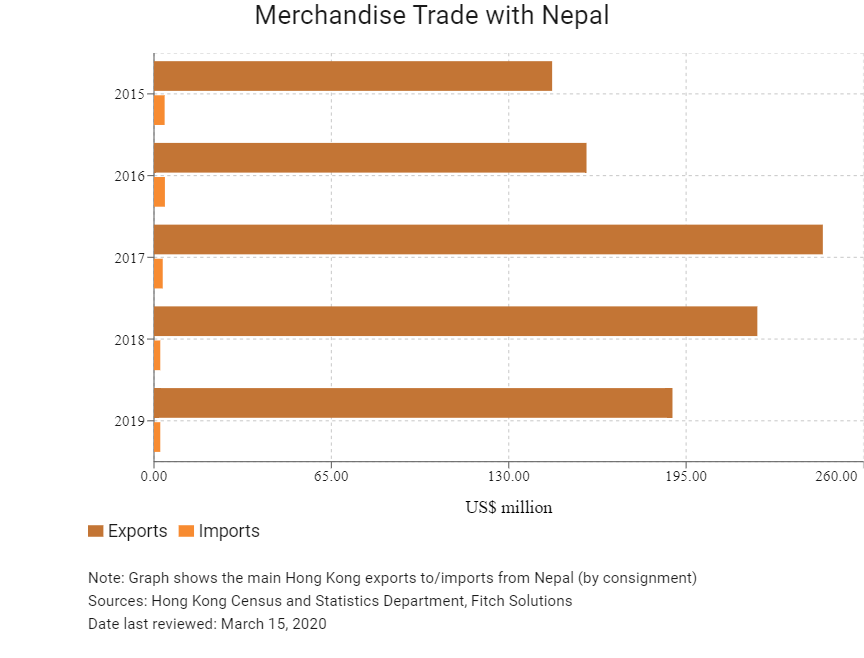 Hong Kong residents with valid passport may obtain Tourist Visa from the Consulate General of Nepal in Hong Kong or Gratis Tourist Visa on arrival at all immigration entry points of Nepal.