Lithuania is one of the European Union (EU)'s fastest growing economies, partly owing to the improved economic situation in Lithuania's major export partners. The Lithuanian economy is oriented around manufacturing and service industries (particularly shared services centres). Following a peak in 2017, the economy will sustain robust growth in upcoming quarters, driven by strong domestic demand and a low household debt burden. In the medium term, growing constraints such as rapidly rising labour costs will see growth even out to more sustainable levels. The commercial environment is generally friendly to foreign companies, and most EU directives are implemented in the Lithuanian legislative system. Lithuania has a developed private-enterprise economy that is actively growing thanks to an advantageous geographic location in Eastern Europe, highly developed transport connections, a modern seaport and IT network, and a highly educated labour force.

May 2019
Lithuania held elections for the country's president on May 12, 2019. A second round for the presidential elections was held because no candidate achieved the requisite 50% of the vote.

June 2019
Former banker Gitanas Nausėda was elected president of the country in the run-off election, with 66.5% of the vote.

The Three Seas Initiative Investment Fund was announced, which would focus on transport, energy and digital infrastructure projects in the Three Seas region. Lithuania was one of the 12 EU member states involved, all located between the Adriatic, the Baltic and the Black seas.

The government started analysing the effects of levying a tax in 2020 on polluting vehicles. The measure was to encourage the population to transition to more environmentally friendly vehicles.

November 2019
Eurostat revealed that the lowest male life expectancy in the EU was in a region of central and western Lithuania, where men lived on average until the age of 69.7.

December 2019
Lithuania ranked highest among the countries of emerging Europe (and eighth globally out of 57) in the 2020 edition of the Climate Change Performance Index.

February 2020
Lithuania, Latvia and Estonia were due to synchronise their power grid with the rest of Europe in the next five years and withdraw from the transmission framework shared with Russia and Belarus.

President Nausėda welcomed a Japanese delegation to Vilnius, and took the opportunity to refer to the improving economic cooperation between the two countries and untapped synergies in energy, transport and logistics, the food industry, life sciences and finance.

July 2021
Foreigners will be able to obtain e-residency, register companies, use banking services and pax taxes all using online services only without moving to Lithuania. The legislation was passed by parliament in July 2019. 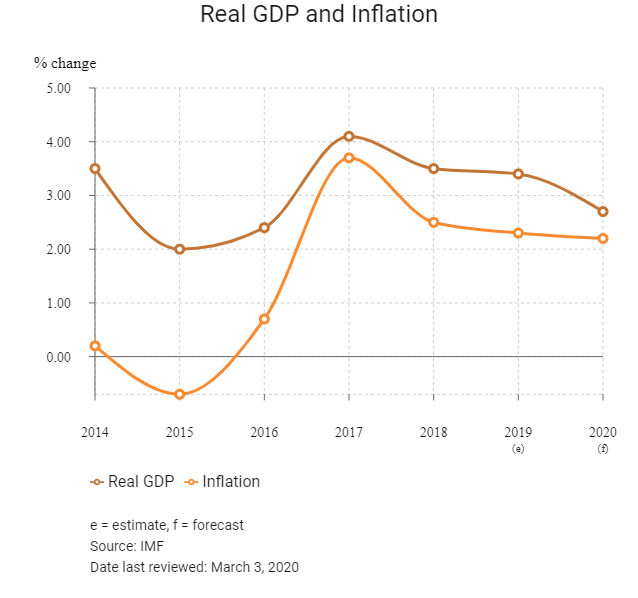 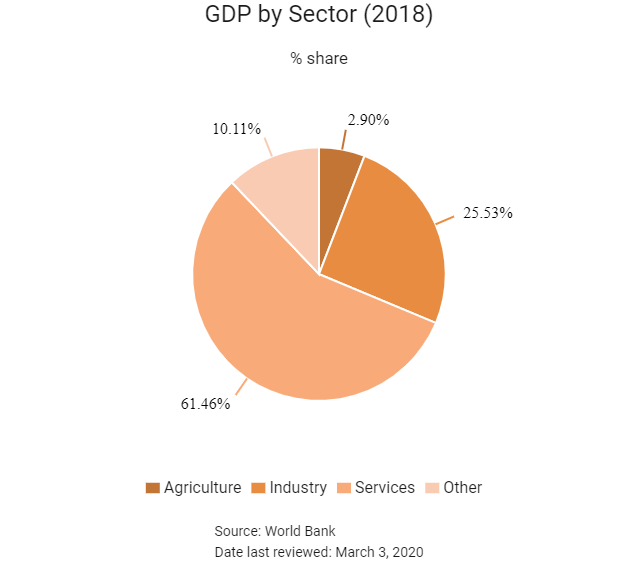 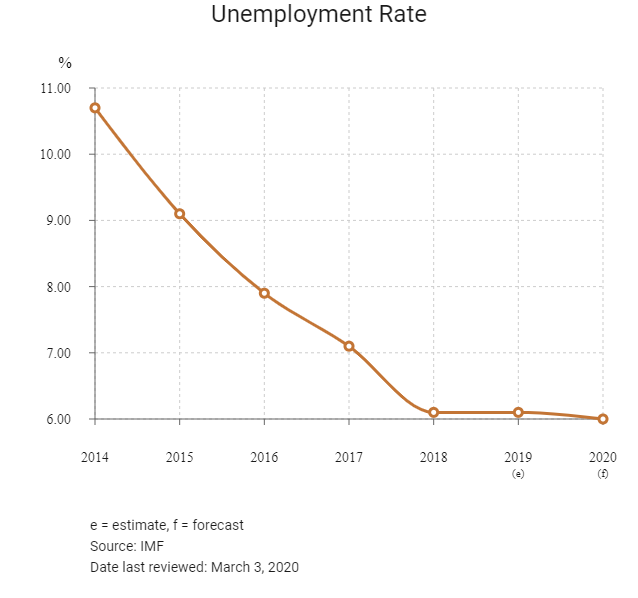 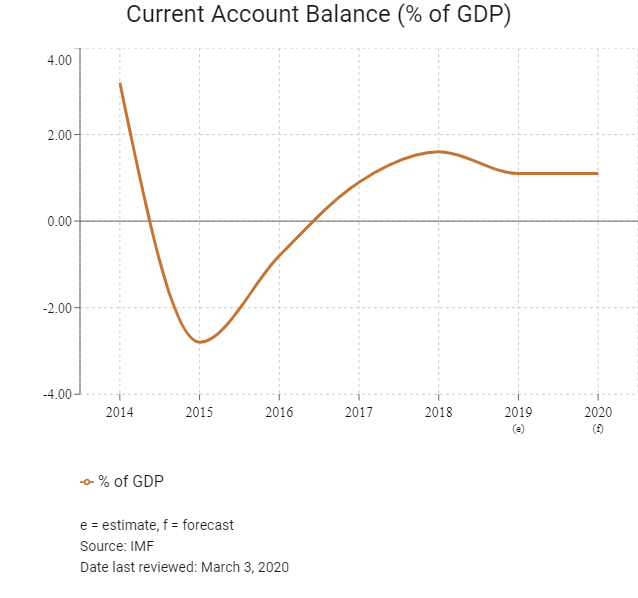 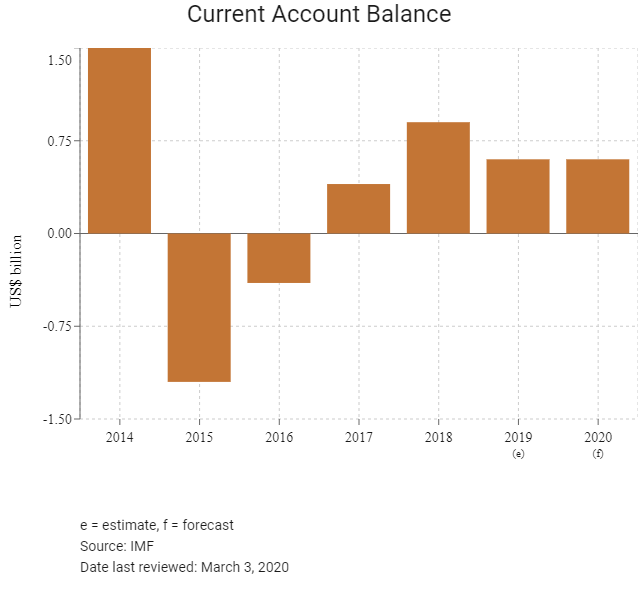 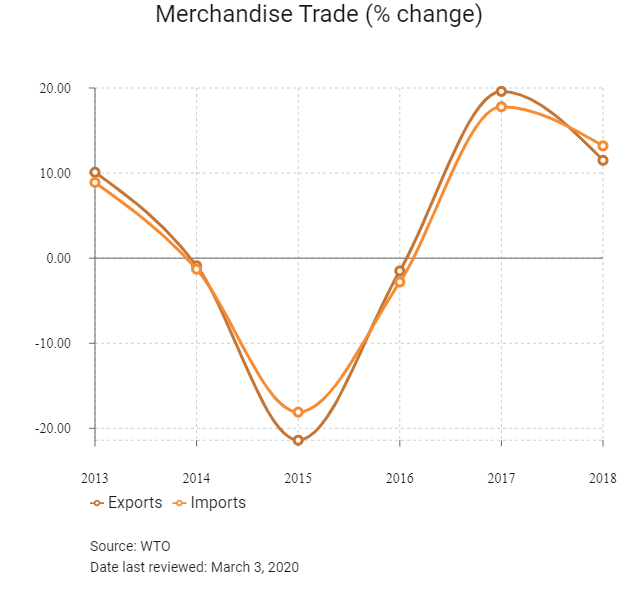 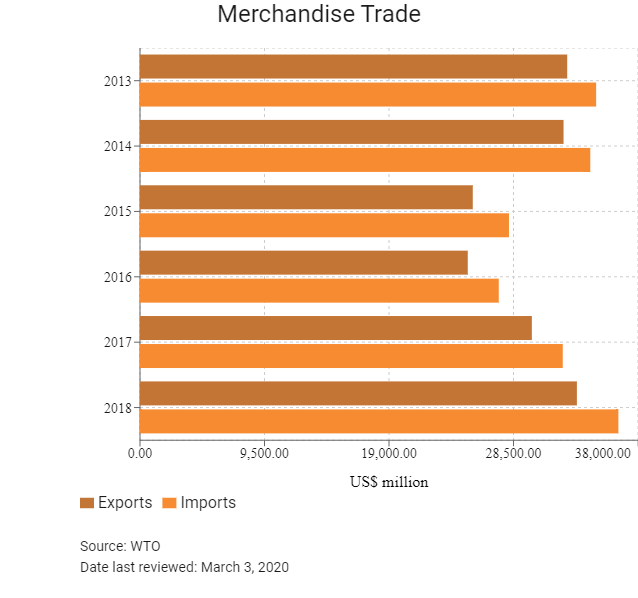 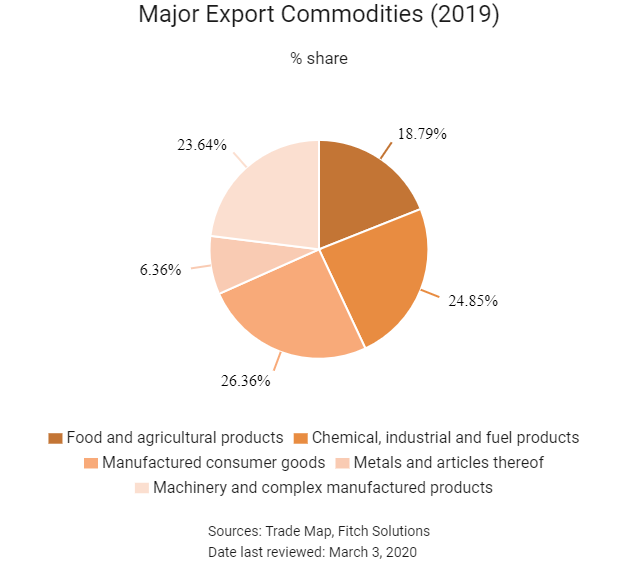 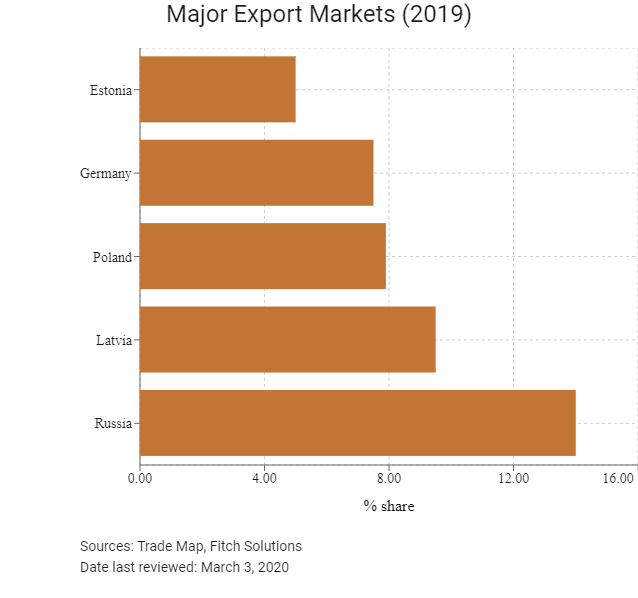 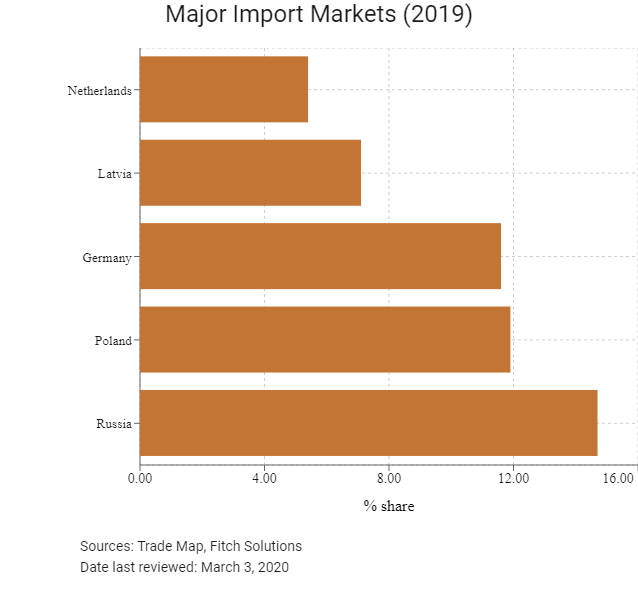 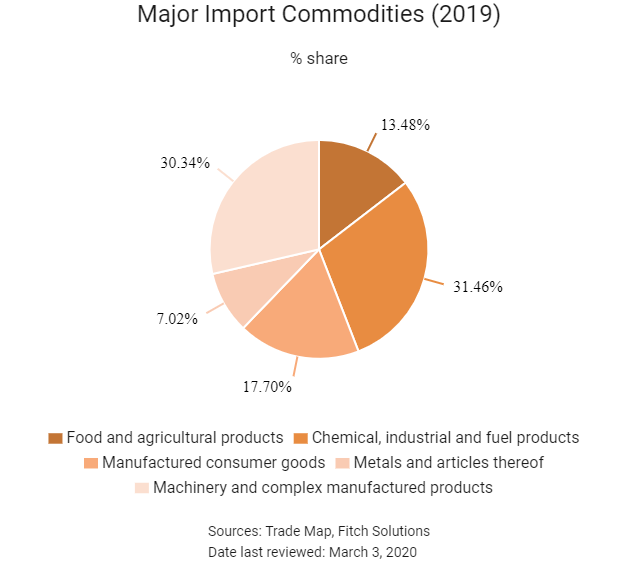 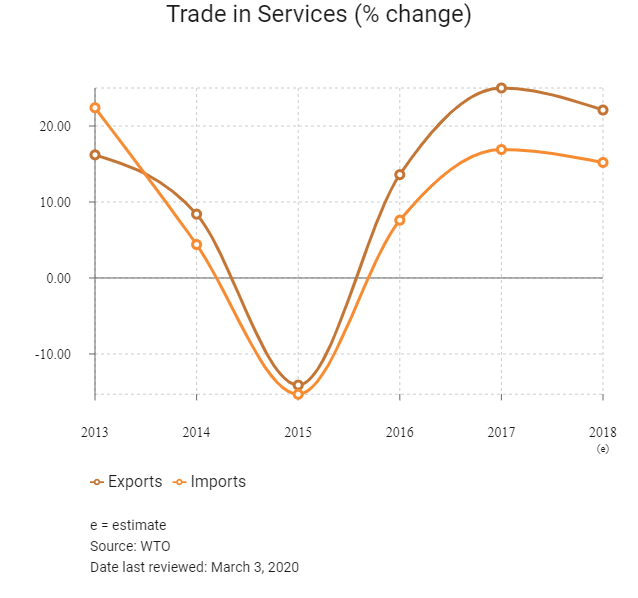 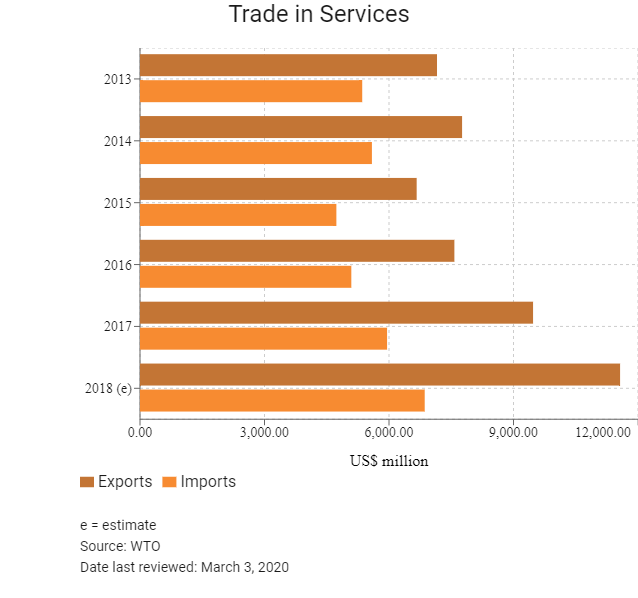 As a member of the EU, Lithuania is party to the same trade agreements as its 26 peer states. The region negotiates and enters into trade agreements as a collective due to the single-market nature of the union. In total, the EU is party to some 70 FTAs. It is expected that membership of the eurozone will lead to further convergence towards EU economic policymaking norms. 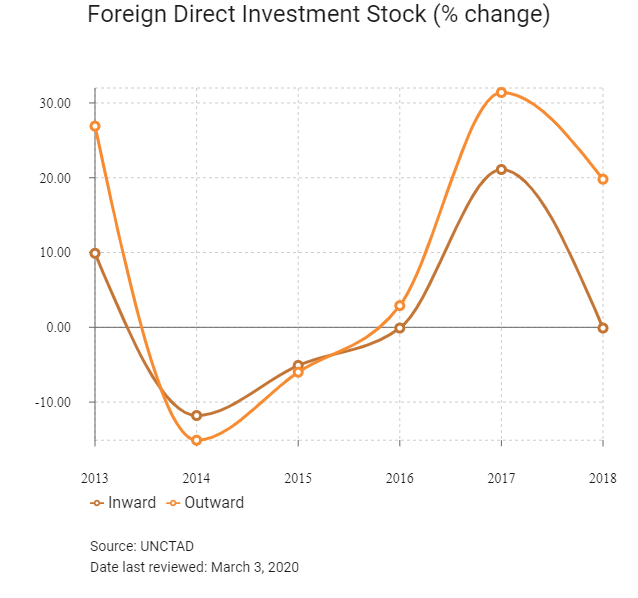 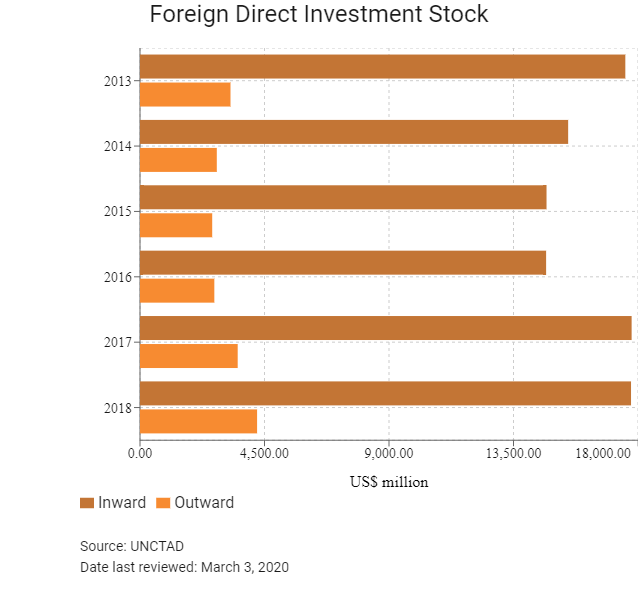 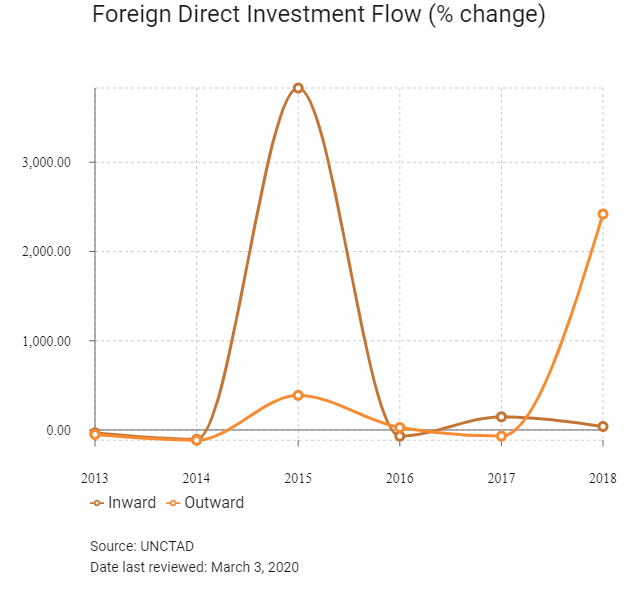 Source: Ministry of Finance of the Republic of Lithuania

The free CSS cleaner allows you to organize your style sheets.

Citizens of the European Economic Area (EEA) – the EU member states, Iceland, Norway, Lichtenstein and Switzerland – do not require a visa to enter, reside and work in Lithuania. Anyone staying more than 90 days and up to a maximum of five years must register residency by completing documentation, including supplying an employment contract, letter from an employer or evidence that you are the owner of an enterprise. Non-EU citizens require a Schengen Visa or a Blue Card to work within the country.

The Blue Card is intended for any stay associated with highly qualified employment. A foreigner holding a Blue Card may reside in the country and work in the job for which the Blue Card was issued, or change that job under the conditions defined. High qualification means a duly completed university education or higher professional education which has lasted for at least three years. Alternatively, a minimum of five years' relevant professional experience relating to the activity for which the work permit is being granted. The Blue Card is issued with a term of validity three months longer than the term for which the employment contract has been concluded, but for a maximum period of three years. The Blue Card can be extended. One of the conditions for issuing the Blue Card is a wage criterion – the employment contract must stipulate a gross monthly or yearly wage that is at least 1.5 times more than the gross average annual wage.

Employers should register any vacancies with the Ministry of Social Security and Labour. The Employment Service maintains a shortage occupations list by type of economic activity. If a foreigner is exempt from an obligation to have a work permit the employer must notify the Employment Service. Employers must determine whether employing a foreign worker meets the needs of the Lithuanian labour market and should obtain a permit before the arrival of the foreign national.

Lithuania is one of 26 countries in the Schengen Area, which means that there is one common visa and no border controls for all nationals of the EU, the EEA or a third country national holding a residence permit of a Schengen state. Lithuania signed the Schengen agreement on April 16, 2003, and started its implementation on December 21, 2007. Other than EU passport holders, citizens of Hong Kong and Macao are among those who do not require a visa for a short-term visit to Lithuania, but all non-EU/EEA/Swiss nationals who wish to stay for longer than 90 days will need to apply for a long-term visa or residence permit. For citizens of Hong Kong and Macao, repeated entry into Schengen countries including Lithuania is possible after a 90-day interval subsequent to leaving the Schengen area. Those entering Lithuania should have a valid medical insurance policy providing no less than EUR30,000 of coverage, proof of means of subsistence ad place of residence (and means to pay for accommodation).

ECONOMIC RISK
The Lithuanian economy will continue to record robust levels of growth, underpinned by increased investment and private consumption growth and a slight narrowing of the country’s trade balance. Growth will be sustained, largely owing to a positive consumption story that will be driven by the household sector's increasing disposable income. On the downside, continued sanctions on Russia from the EU will starve Lithuanian business of another key source of demand, weighing on the latter's economic outlook.

OPERATIONAL RISK
Despite its small size, Lithuania has some of Europe's best business infrastructure. Lithuania's trade with its Central and Eastern European neighbours, particularly Russia, accounts for a growing percentage of total trade. The government of Lithuania is continuing with a high-profile campaign to attract foreign investment and develop export markets. In the longer term, the demographic picture for Lithuania is not healthy, with a decreasing and ageing population, which will place a strain on the social security system. 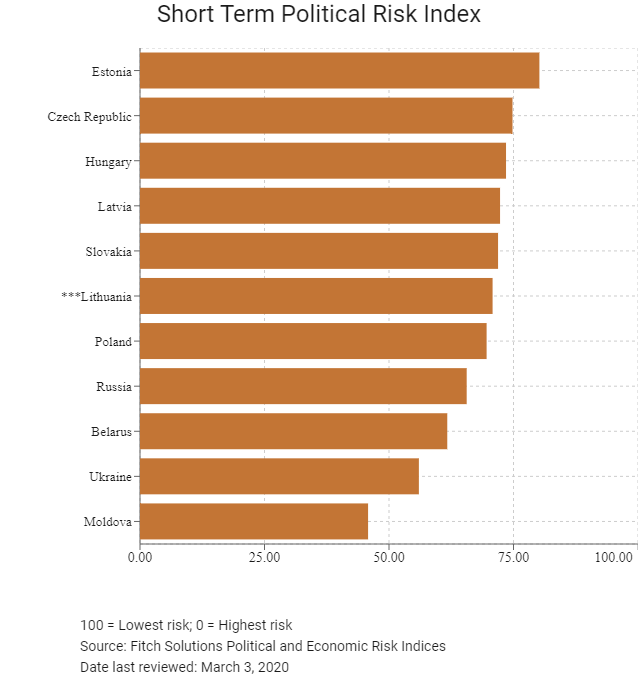 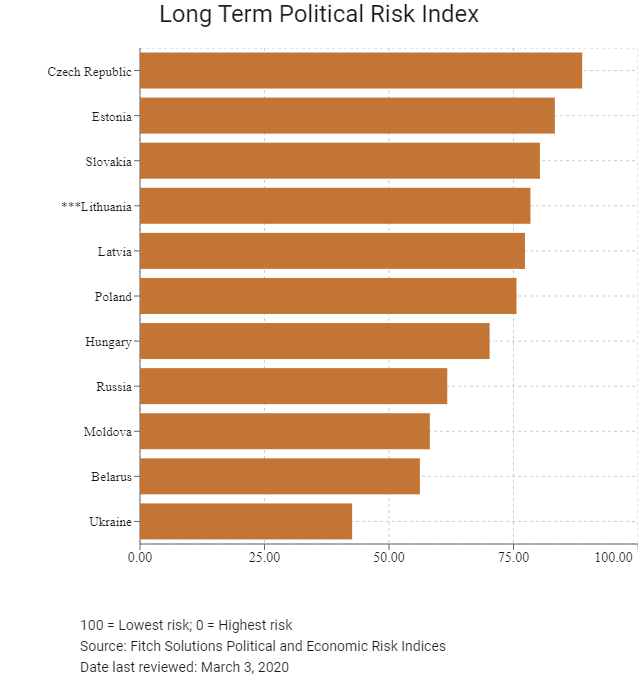 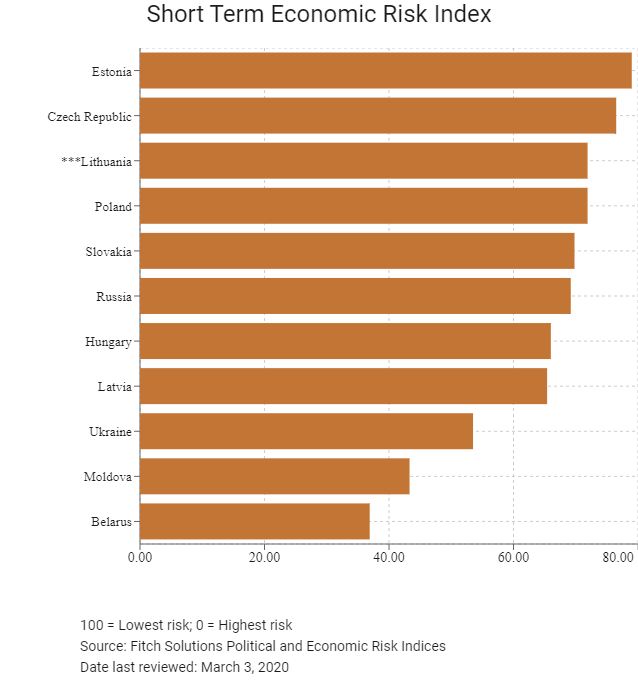 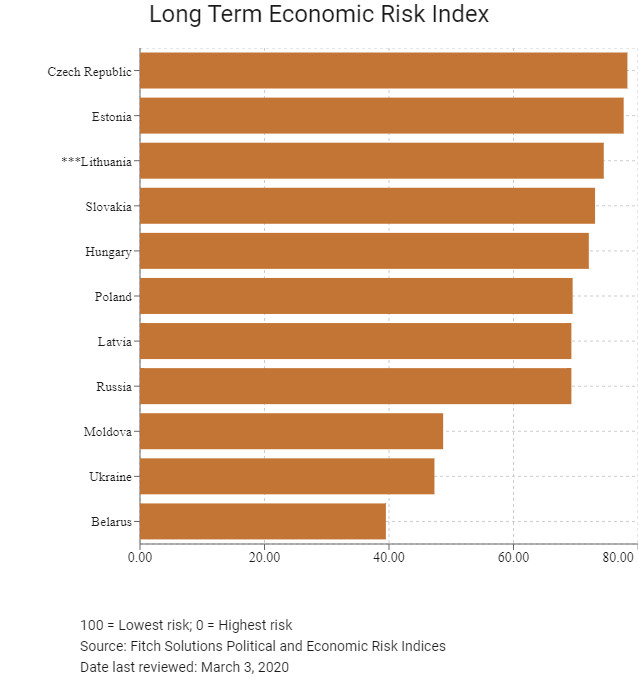 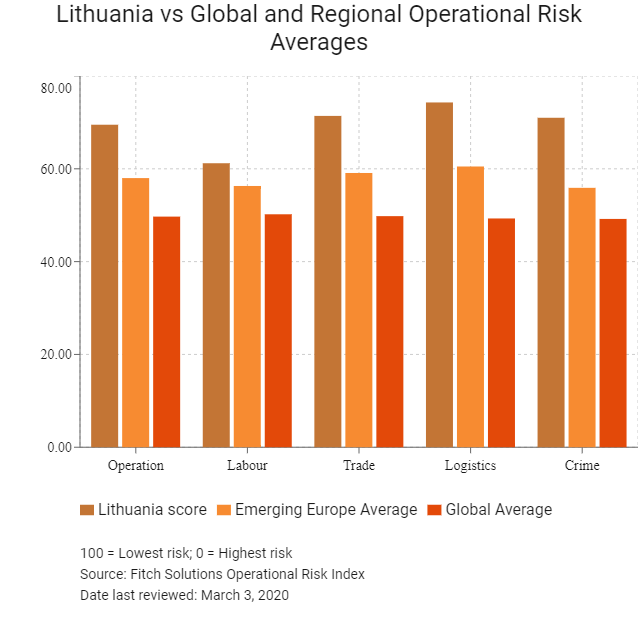 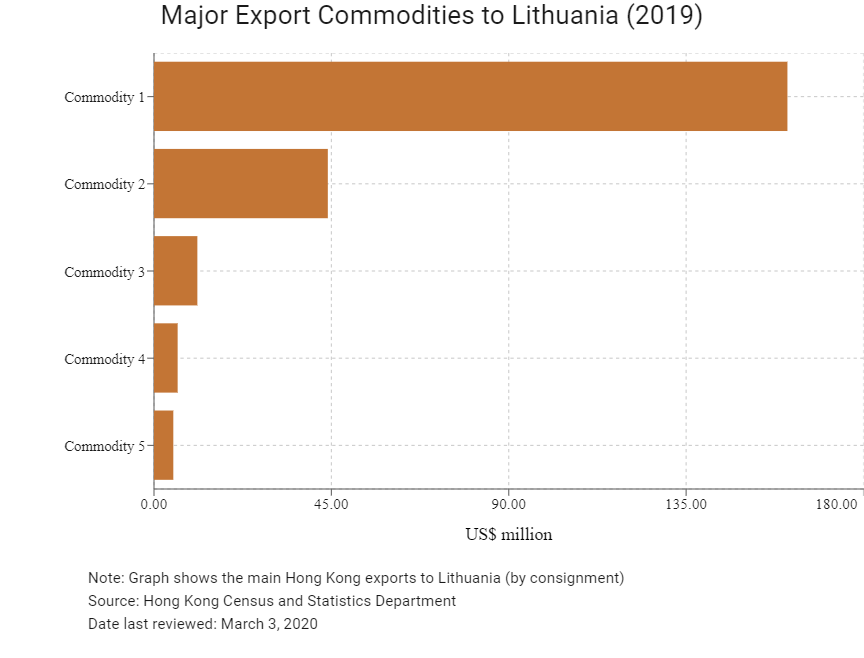 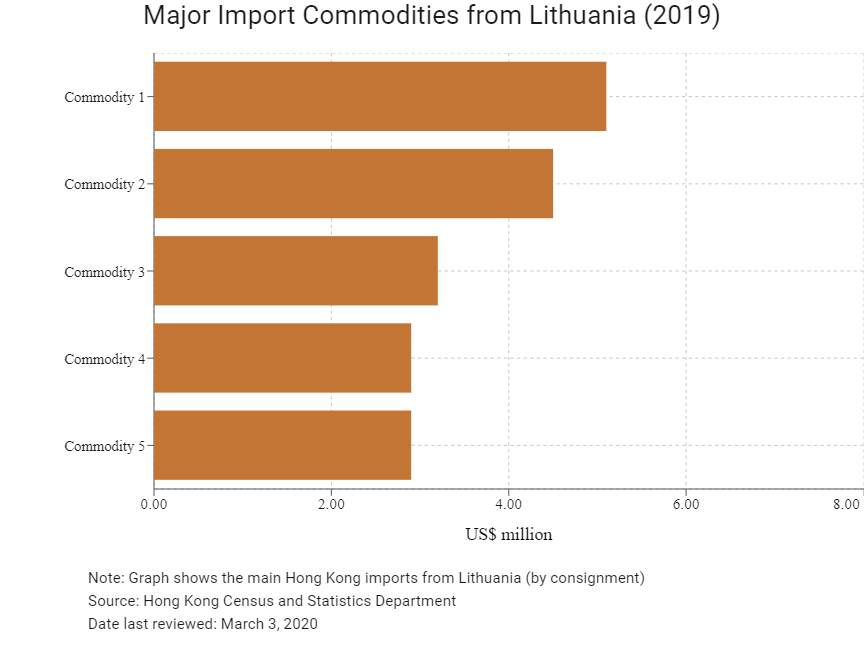 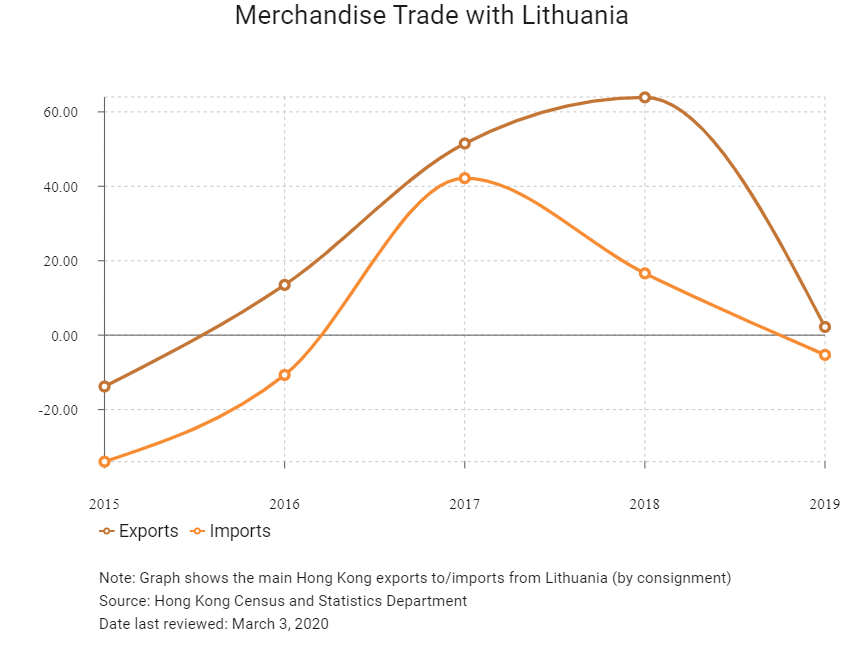 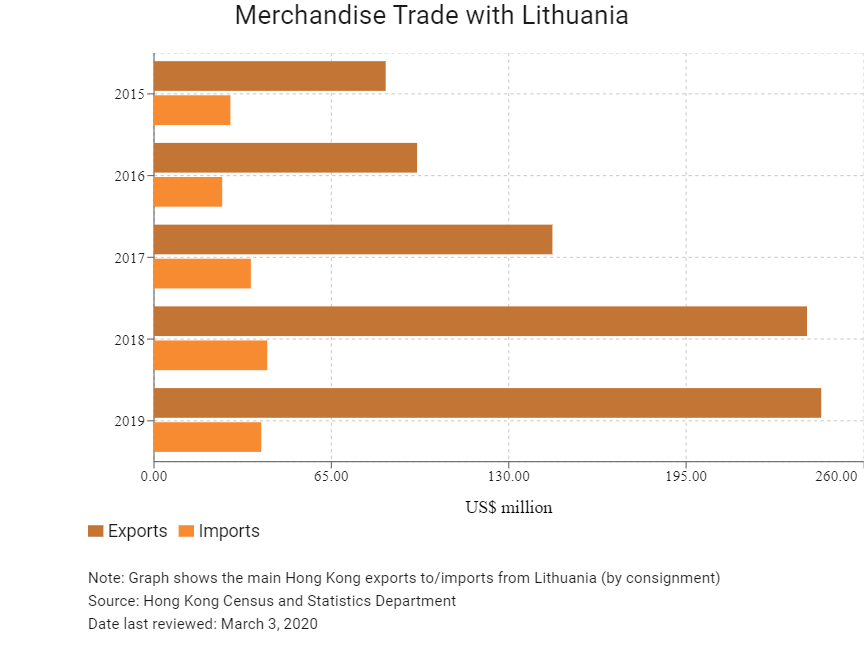 Treaties and agreements between Hong Kong and Lithuania

HKSAR passport holders do not need a visa for Lithuania for a period of up to 90 days.