Kenya has made a number of political, structural and economic reforms that have largely driven sustained economic growth, social development and political gains over the past decade. Kenya's recent political reforms are the result of a new constitution, passed in August 2010, which introduced a bicameral legislative house and devolved power to county governments and a constitutionally tenured judiciary and electoral body. Devolution ushered in a new political and economic governance system, giving counties control of their own development agenda, strengthening accountability and public service delivery at local levels. In the medium term, GDP is expected to rise, underpinned by a recovery in agriculture, better business sentiment and easing political uncertainty. However, Kenya’s economy is less competitive on a global scale, largely due to the fragile security landscape, high energy costs and significant water stress, which negatively impact industrial and agricultural activity.

May 2019
Kenya made plans to build a USD140 million port in Kisian, Kisumu county, on the shores of Lake Victoria, as part of a joint standard gauge railway project. The port would have two multipurpose berths of 3,000 tonnes and one work boat berth.

May 2019
The Kenya Urban Roads Authority signed a USD132 million deal with a consortium consisting of Lee Construction, Cape Construction and Moto Engil Africa for the construction and maintenance of 80km of stalled roads in Western and Central Kenya as part of the Roads Annuity Program. The public-private partnership agreement was for the Riamukurwe-Gatitu road in Nyeri County, the Kanjuki-Mauktano road in Tharaka-Nithi and the Busia-Alupe bypass in Western Kenya. The programme also included making the Nairobi-Mombasa highway a dual road, with the commercial contract already in place; the second Nyali Bridge in Mombasa and the Nairobi-Narok-Mau Summit highway.

July 2019
The government of Kenya signed agreements with joint venture partners Total, Tullow Oil and Africa Oil Corp for the construction of a crude oil processing facility in the country. The facility was expected to produce 60,000-80,000 barrels of oil per day. The agreements cover oil fields discovered in blocks 10 BB and 13 T in the South-Lokichar Basin. The construction of a crude oil export pipeline from Lokichar to Lamu was also planned.

2019
Construction was set to start in 2019 on the special economic zones (SEZs) in Likoni, Kenya. The works would start when residents affected by the project were fully compensated. Kenya Ports Authority had started construction on the second phase of the Dongo-Kundu port in Likoni. The Kenya National Highway Authority would undertake the construction of the road connecting the SEZs to the second phase of the Dongo Kundu bypass.

August 2019
The Kenya Ports Authority (KPA) had launched a KES360 billion (USD3.48 billion) master plan for 30 years. The 2018-2047 Master Plan contained a development strategy for the major ports, lake ports, small coastal ports and the Inland Container Depots. The plan would allow KPA to undertake investments that would position the port of Mombasa among world-leading seaports. The Dongo Kundu SEZ would see additional berths constructed at the port of Mombasa to boost trade.

October 2019
The Kenyan and Russian delegations at the Russia-Africa Summit resolved to establish a Russia-Kenya business council to oversee the implementation of joint trade and investment programmes.

January 2020
A new SEZ was being planned in the Kenyan county of Mombasa, according to county Deputy Governor William K Kingi. The county had collaborated with TradeMark East Africa (TEA), an aid-for-trade organization, for the project. TEA was carrying out a feasibility study for the SEZ, which would come up on an area of 2.43sq km. The study would assess the types of businesses and investments that could be set up in the zone.

March 2020
The government of Kenya approved plans to build a centre for disease research and prevention. Proposed by the African Union and the World Health Organization, the centre is expected to serve the entire continent. The 21-storey centre building would be built at a cost of KES8.3 billion (USD78 million), with financial assistance from Mainland China, according to Construction and Civil Engineering News.

Nairobi City Hall approved the KES28 billion (USD268.6 million) Nairobi Railway City in the Kenyan capital. The scheme, which would cover a 1.72sq km area, would have three components. The first would involve the construction of space for meetings, conferences and exhibitions. The second component would be an economic zone with industries and small and medium enterprises. The final component would include a residential complex. Nairobi County Lands and Urban Planning Executive Charles Kerich has recently gazetted 696,059sq m of land consisting part of the Nairobi Railway Station and its surroundings as a special planning area for the project.

The Japan International Cooperation Agency signed a loan deal with the Kenyan government for providing up to JPY37.09 billion (USD342.54 million) for the Mombasa Economic Zone Development Project (I). The scheme involves the construction of a berth, main road and electric facilities for the Mombasa SEZ in Dongo Kundu. The project, to be executed by Kenya Ports Authority, Kenya National Highways Authority and Kenya Electricity Transmission Company, is slated for completion in December 2024.

On March 24, the central bank lowered its policy rate by 100 basis points (bps) to 7.25%; lowered banks’ cash reserve ratio by 100bps to 4.25%; increased the maximum tenor of repurchase agreements from 28 to 91 days; and announced flexibility for banks regarding loan classification and provisioning for loans that were performing on March 2, 2020, but were restructured due to the pandemic. The central bank had also encouraged banks to extend flexibility to borrowers' loan terms based on pandemic-related circumstances and encouraged the waiving or reduction of charges for mobile money transactions to disincentivise the use of cash.

On March 25 2020, President Uhuru Kenyatta announced various tax and other targeted interventions that the government would implement to help businesses and households cope with the economic fallout from the Covid-19 outbreak, including tax reductions and waivers. Key tax relief measures announced include a 100% tax exemption for individuals earning less than KES24,000 (USD225); a reduction in highest marginal and corporation taxes from 30% to 25%; a reduction in turnover tax rate for micro, small and medium enterprises to 1% from 3%, as well as value-added tax (VAT) to 14% from 16%. The effective date for these measures was April 1, 2020, but there was no indication of their duration.

April 2020
On April 15, the central bank suspended the listing of negative credit information for borrowers whose loans became non-performing after April 1 for six months. A new minimum threshold of USD10 was set for negative credit information submitted to credit reference bureaus. On April 29, the central bank lowered its policy rate by 25bps to 7%. 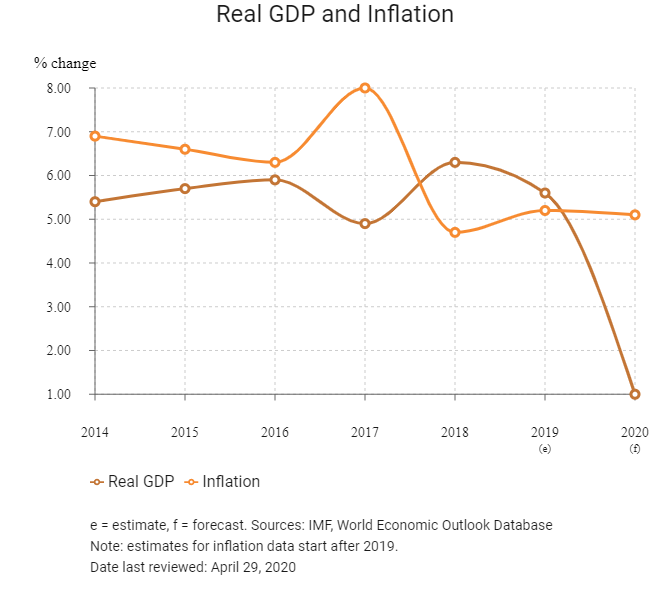 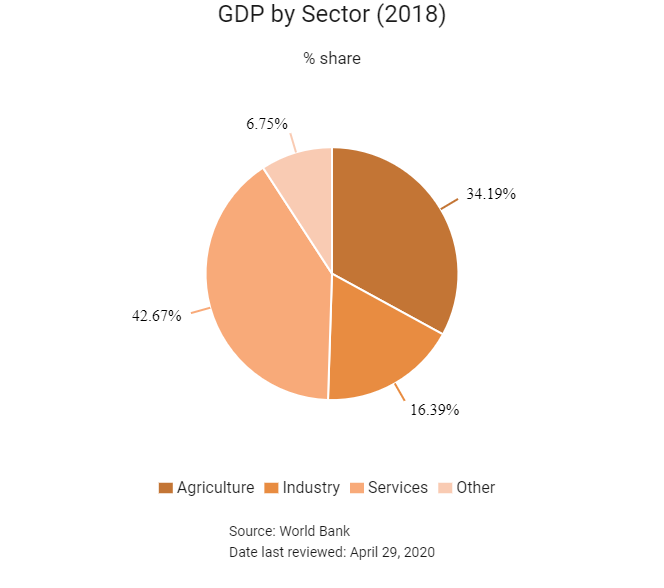 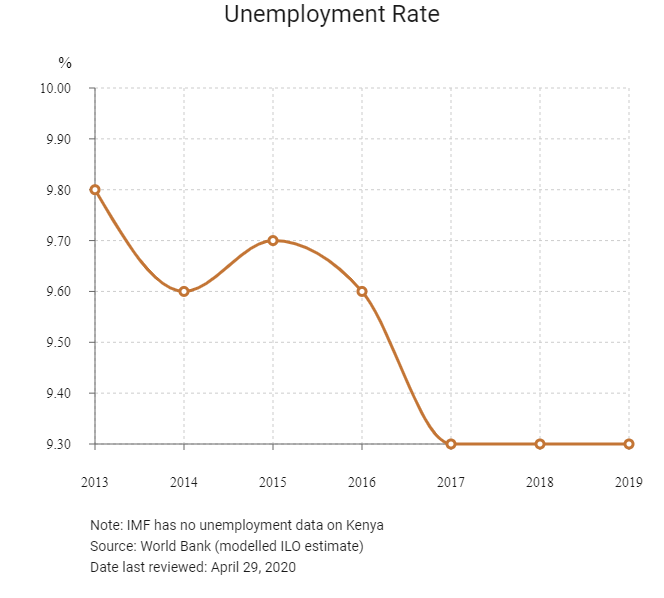 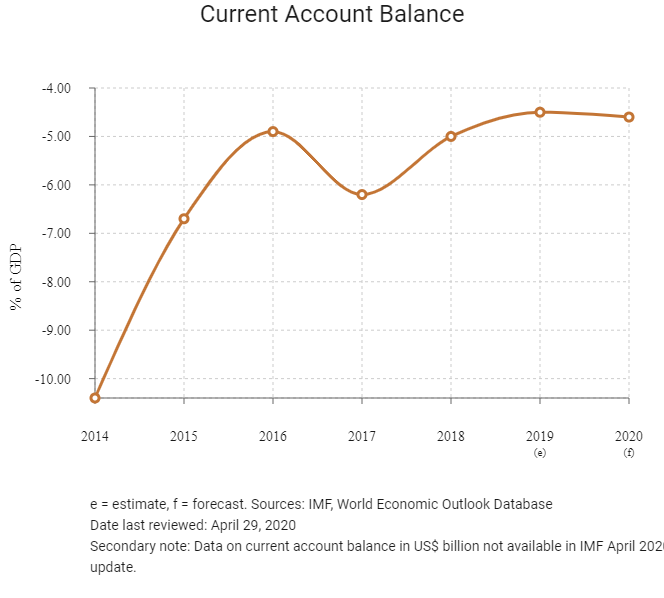 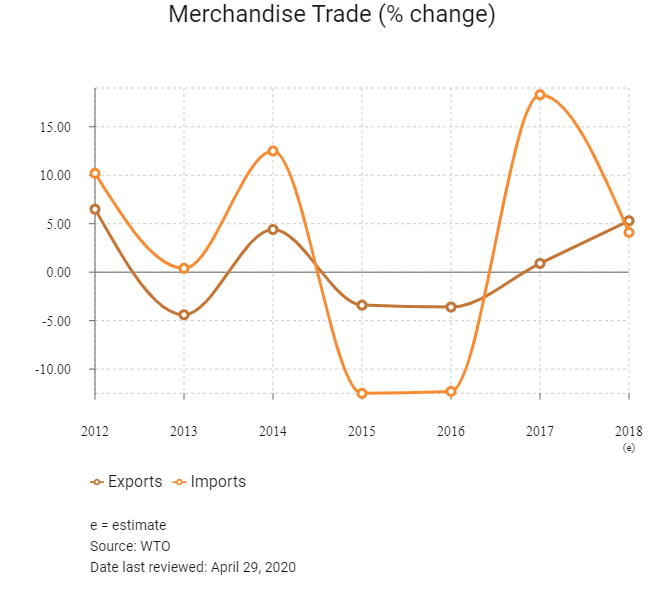 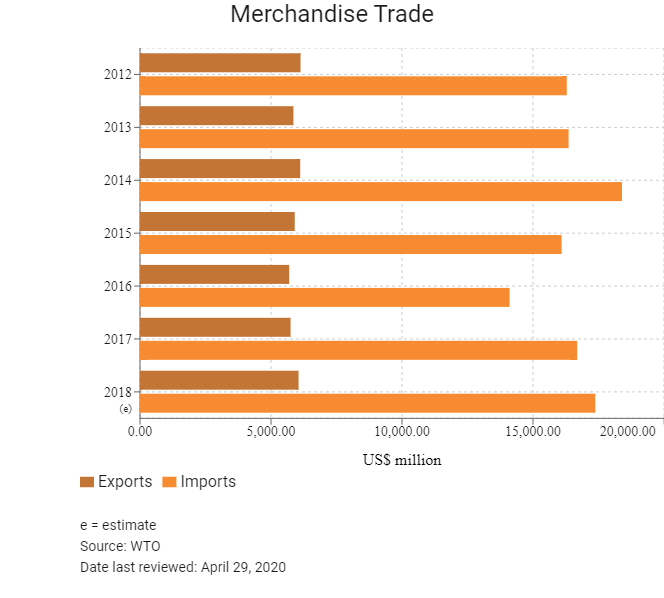 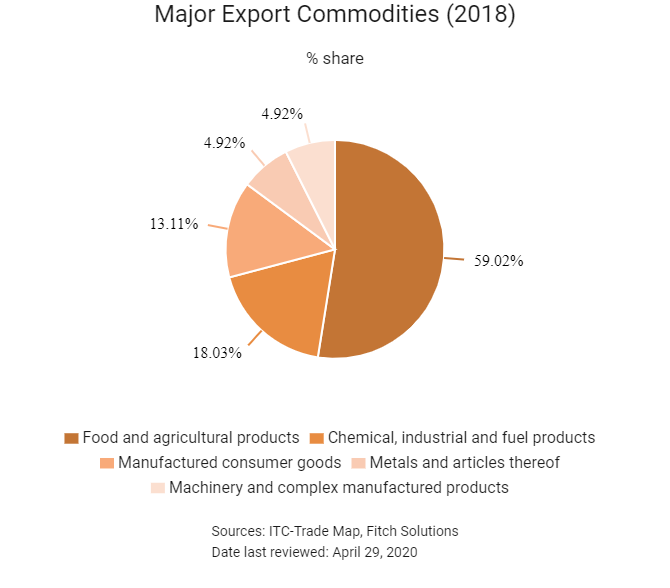 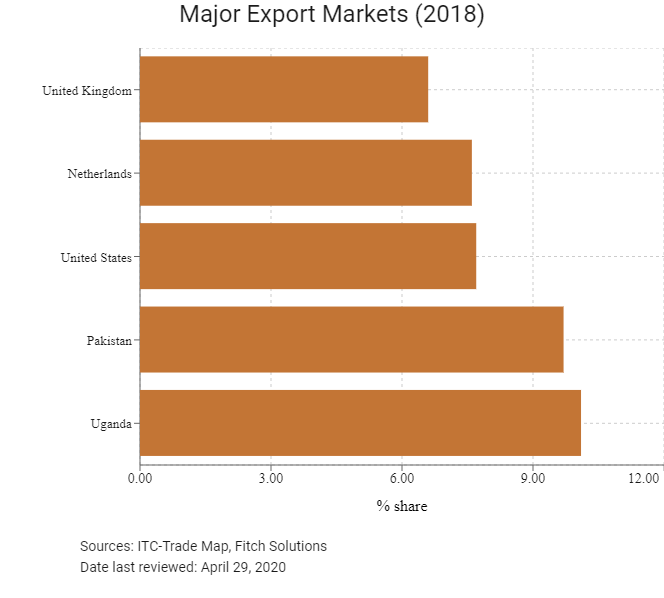 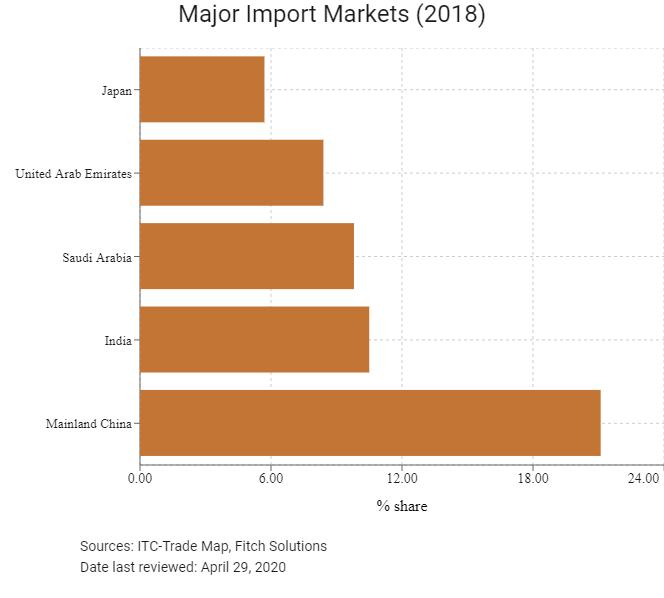 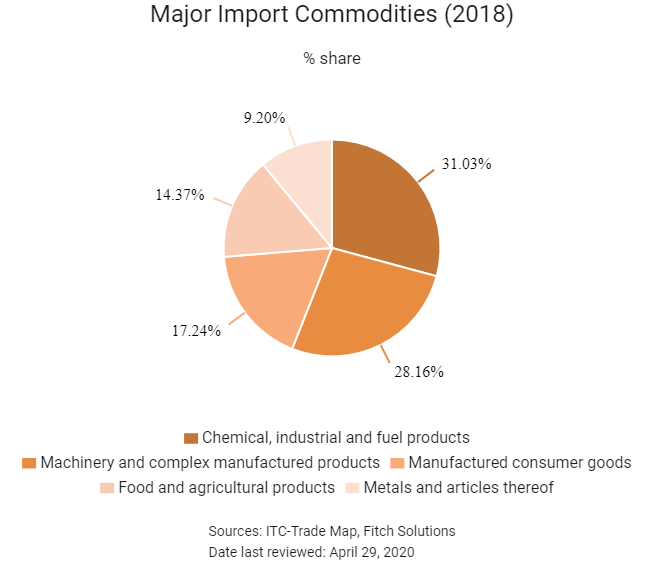 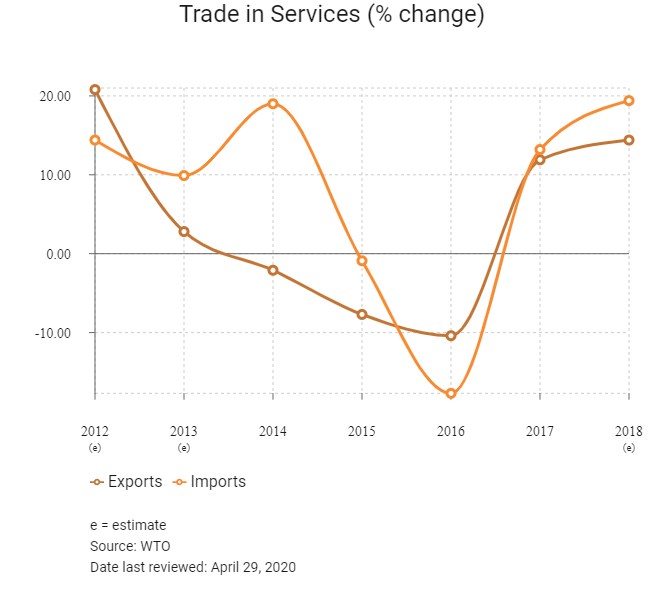 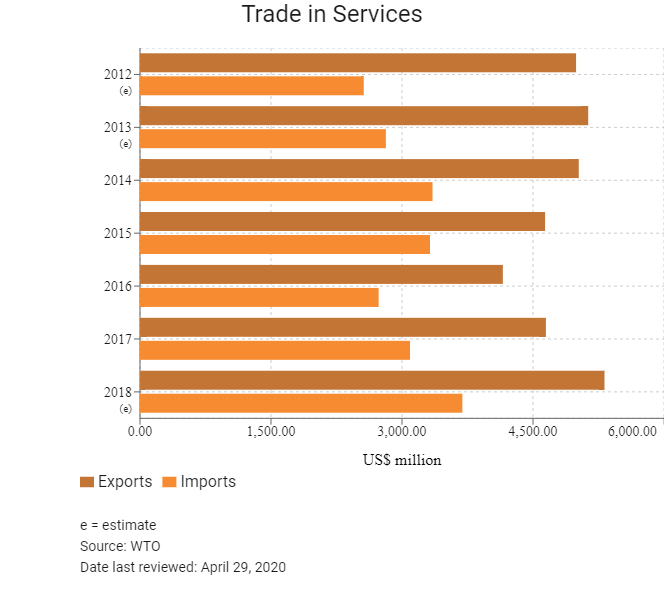 The AfCFTA: The AfCFTA is a trade agreement signed by 54 African Union (AU) member states with the goal of creating a single market followed by free movement and a single currency union. Eritrea is the only country out of the 55 AU member states that is yet to sign the agreement. The AfCFTA was signed in Kigali, Rwanda, on March 21, 2018 and was ratified by the necessary 22 states in April 2019. Since then, a further seven states have ratified the agreement, bringing the total to 29 countries. The implementation of the agreement came into effect on May 30, 2019, 30 days after the documentation regarding the ratification of the agreement was submitted to the AU. Negotiations continued in 2019, including negotiations surrounding the relevant competition policy, investment and intellectual property rights. It has been indicated that the start of trading under AfCFTA will begin on July 1, 2020.

EAC-EU EPA: The EAC finalised the negotiations for an EPA with the EU on October 16, 2014. Kenya and Rwanda signed the EPA in September 2016 and Kenya has ratified it. For the EPA to enter into force, the three remaining EAC members need to sign and ratify the agreement. EU states are key trade partners and the EPA facilitates access to this large market. Exports from Kenya entering the EU are entitled to duty reductions and freedom from all quota restrictions. Trade preferences include duty-free entry of all industrial products and a wide range of agricultural products, including beef, fish, dairy products, cereals, fresh and processed fruits and vegetables. 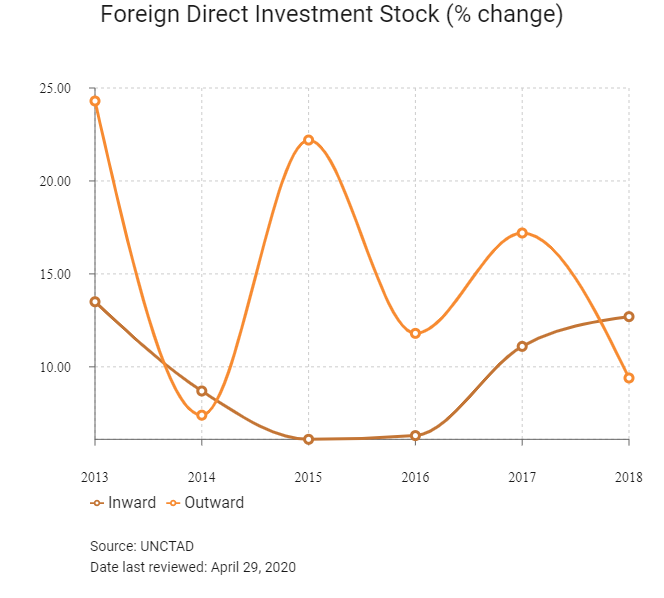 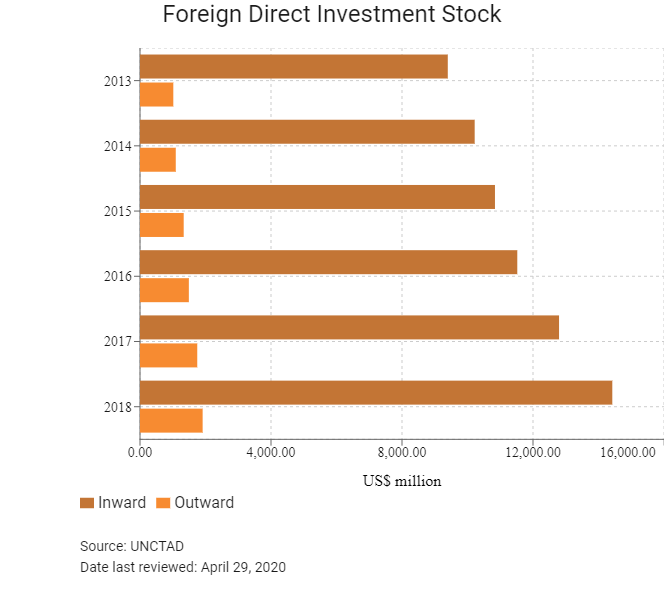 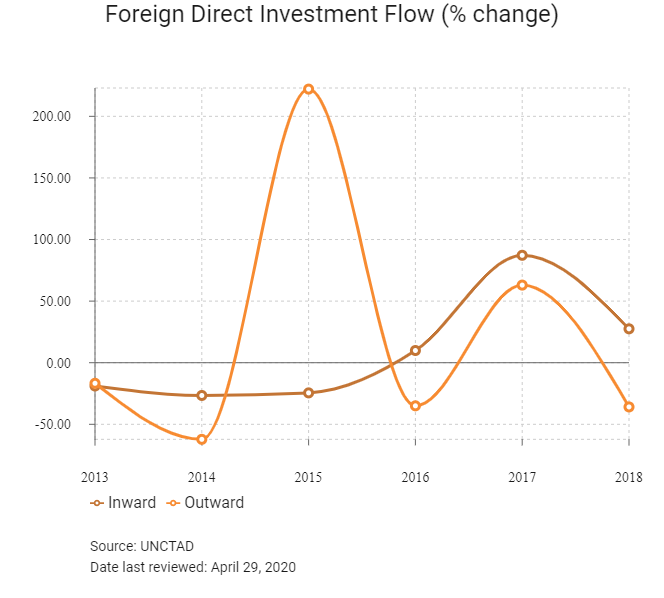 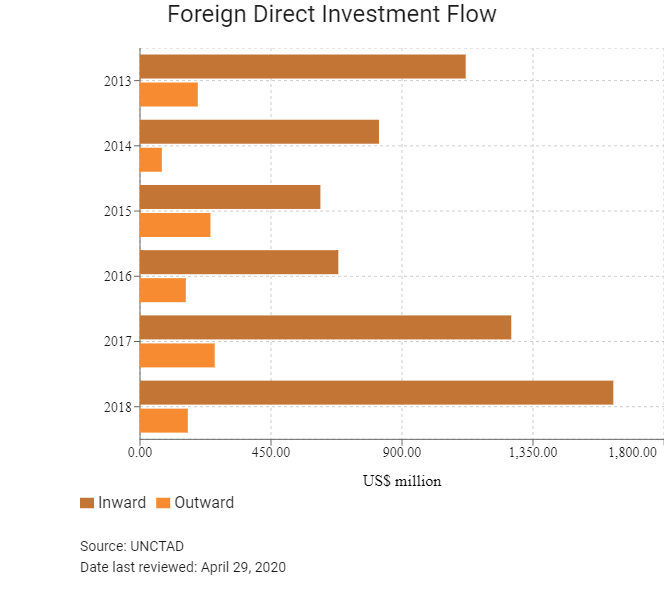 Though there are no strict performance requirements (even in SEZs), labour regulations generally continue to restrict the employment of foreign nationals, particularly in low-skilled sectors, despite a large increase in the country's migrant population. The National Construction Authority Act (2011) imposes local content restrictions on foreign contractors, defined as companies incorporated outside Kenya, or with more than 50% ownership by non-Kenyan citizens. The act requires foreign contractors to enter into subcontracts or joint ventures assuring that at least 30% of the contract work is done by local firms.

Work permits are required for all foreign nationals intending to work in Kenya. Recent policy changes also mandate an assured income of at least USD24,000 annually for the issuance of a work permit. Firms in agriculture, mining, manufacturing, or consulting sectors can avoid this with a special permit. Work permits are classified in different categories that are, in some cases, further subdivided into subcategories. Work permit fees can cost up to USD3,000 and do not distinguish between foreigners and EAC citizens. However, Kenya and Rwanda have exempted EAC citizens from work permit fees. Although businesses may choose to transfer these costs to the employee, other permit costs are less avoidable.

The Kenyan government issues permits for key senior managers and personnel with special skills not available locally. Firms seeking to hire expatriates must demonstrate that the requisite skills are not available locally through an exhaustive search, although the Ministry of Labour plans to replace this requirement with an official inventory of skills that are not available in Kenya. A permit can cost up to KES200,000. Firms must also sign an agreement with the government describing training arrangements to phase out the need for expatriates.

ECONOMIC RISK
The Kenyan economy remains vulnerable to volatility in external financial markets. As 2020 has shown, a substantial downturn in Mainland China, which is a major financier of Kenyan infrastructure projects, poses significant downside risks for investment into the country. In addition, large deficits in its current and fiscal accounts pose risks. The shilling is also susceptible to periods of high volatility that can feed through into inflation and undermine investor sentiment. That said, Kenya dominates the East African Community trade bloc and serves as the region's logistics hub, which will allow it to leverage the region's rising prospects in the coming years.

OPERATIONAL RISK
Kenya remains one of the fastest growing economies in Sub-Saharan Africa and the country is a major regional trade hub for East Africa, boasting extensive aviation and maritime connections to major regional and global markets. Though the pace and size of foreign investment inflows remain underwhelming compared to other regional market peers, such as South Africa and Nigeria, Kenya remains attractive to international firms seeking a regional base for their East Africa operations because of its large and diverse population, and strategic position. This is supported by the government's commitment to implementing investor-friendly reforms and driving large-scale infrastructure development projects aimed at boosting regional integration and economic diversification. Furthermore, the recent spate of high court rulings in favour of businesses offers further upside potential to the country's Operational Risk profile. However, Kenya performs less competitively on a global scale, largely due to a tight lending environment, high energy costs and significant water stress, which negatively impact industrial and agricultural activity. 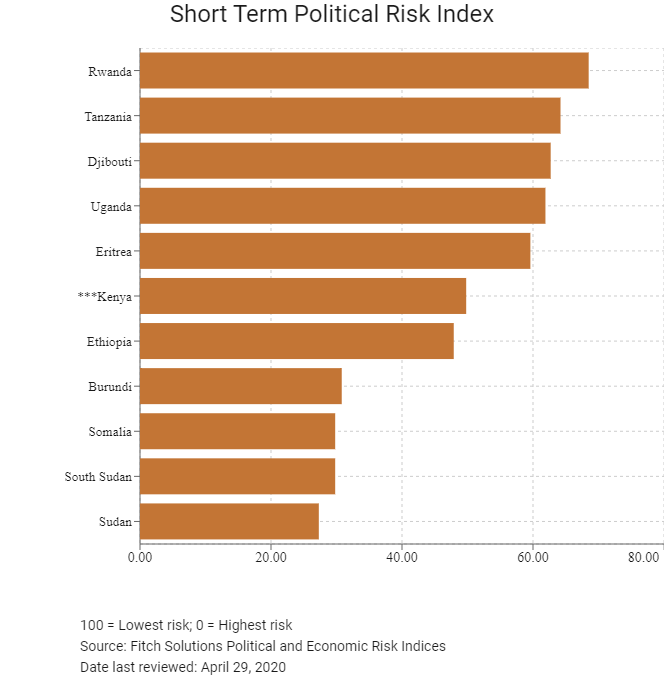 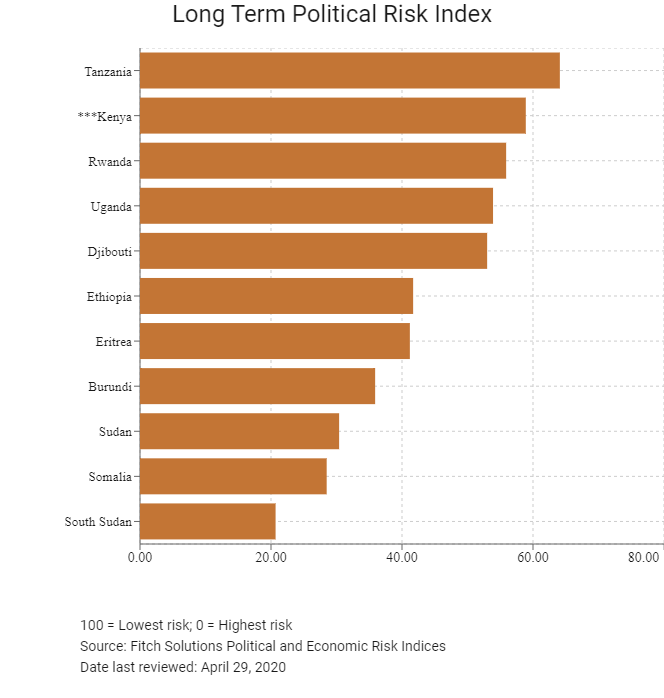 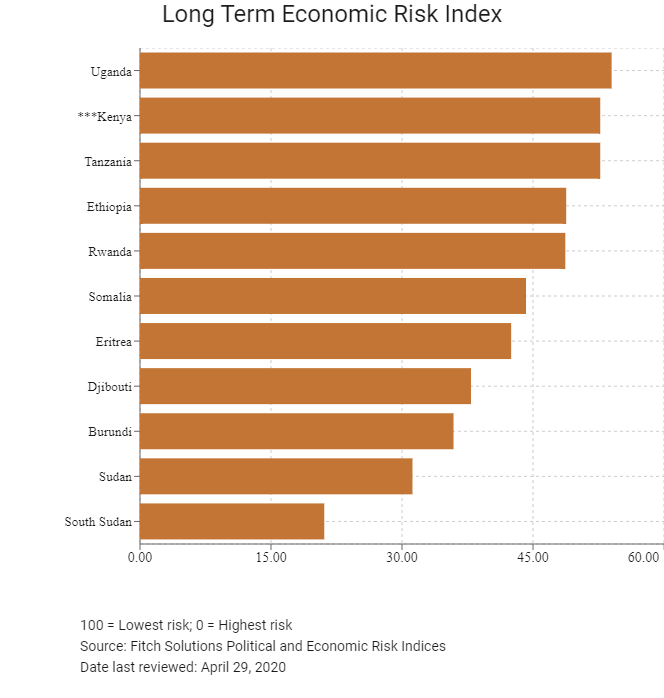 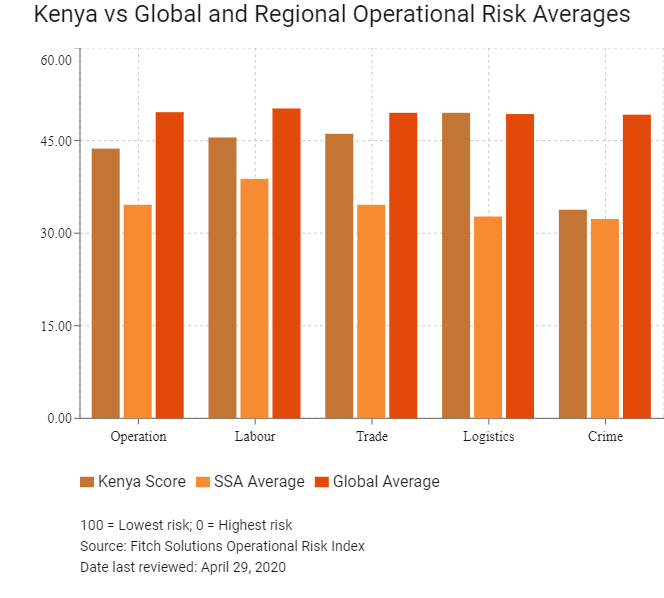 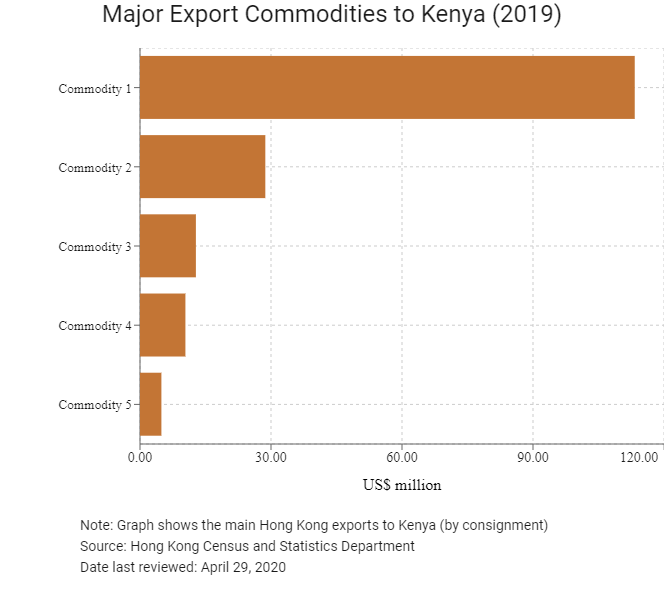 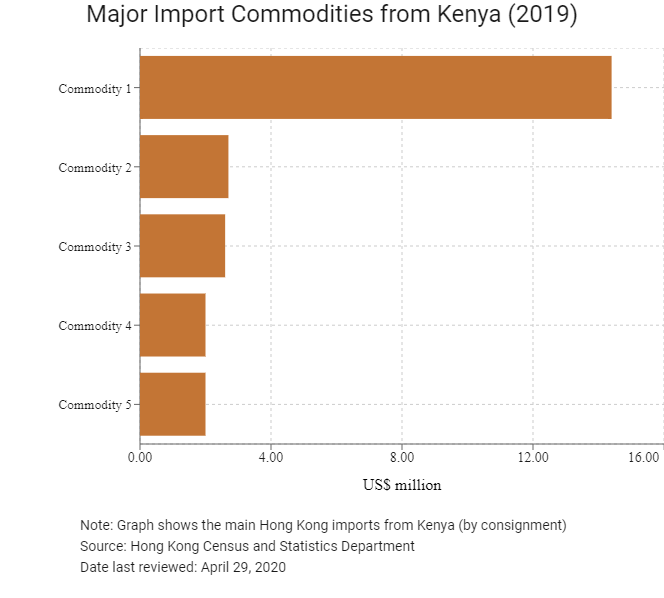 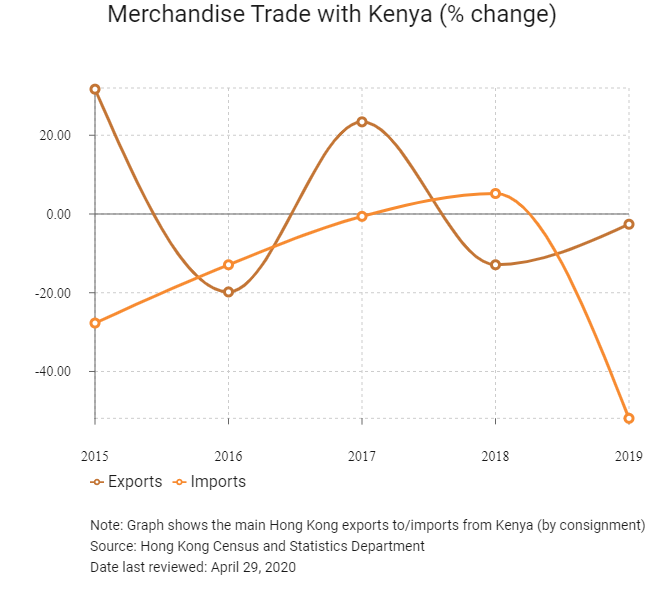 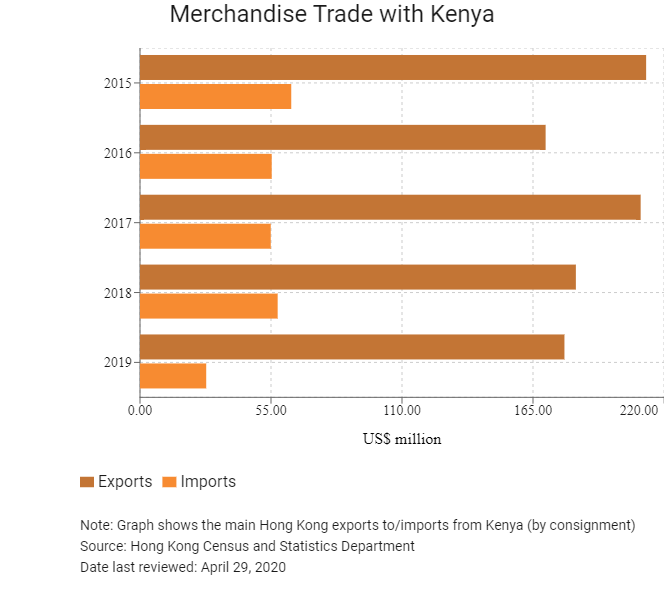 Treaties and Agreements between Hong Kong and Kenya

A Kenya visa is required for HKSAR passport holders. Visa service at the consulate is temporarily suspended until further notice. Tourists can apply for e-visa through eCitizen and get further information there.