With a population of nearly 81 million people, Iran's economy is dominated by the hydrocarbon, agriculture and services sectors. Iran ranks second in the world in natural gas reserves and fourth in proven crude oil reserves. Economic activity and government revenues still depend, to a large extent, on oil revenues and, therefore, remain volatile. While hydrocarbons are the dominant sector in Iran and account for the majority of exports, growth in recent years has increasingly been based on non-oil sectors, as well as a short-lived recovery in consumption and investment demand. In the medium term, the economy is set to experience a downward trajectory as oil exports and non-oil sector activity will fall considerably following the phased reintroduction of United States sanctions culminating in November 2018 and the impact of the Covid-19 pandemic.

May 2018
United States President Donald Trump announced the United States' withdrawal from the 2015 international deal on Iran's nuclear programme and the re-imposition of United States sanctions on Iran. The Iranian currency fell to record lows over the summer after the United States pulled out of the nuclear deal.

May 2019
The waivers on Iranian oil exports (previously granted to eight countries) expired on May 1, 2019.

July 2019
On July 1, Iran announced that its enriched uranium stockpile has exceeded 300kg, thereby breaching one of its commitments under the 2015 Joint Comprehensive Plan of Action (JCPOA, 'Iran nuclear deal').

September 2019
The Russian government stated they would allocate a EUR1.2 billion (USD1.32 billion) loan for construction of the 1.4GW Sirik thermal power plant in the Iranian province of Hormozgan, according to Iran's Minister of Energy Reza Ardakanian. The project comprised four units of 350MW capacity each. The plant was expected to become operational in five years.

October 2019
A free trade agreement (FTA) between Iran and the EAEU entered into force on October 27, creating conditions for preferential trade between Iran and the current EEAU members: Armenia, Belarus, Kazakhstan, Kyrgyzstan and Russia. The FTA would give Iran access to a single market comprised of 183 million people and with an aggregate GDP of USD4 trillion.

November 2019
The United States imposed additional sanctions on Iran that target several transportation firms. The moves would subject foreign firms and governments that do business with the targeted entities to sanctions themselves, including a freeze on any assets they might have in United States jurisdictions.

April 2020
In response to the Covid-19 crisis, Iran’s National Development Fund was instructed by the Supreme Leader to transfer USD1.1 billion in budget deficit financing as of April 6.

On April 15, the government embarked on its biggest-ever initial public offering, selling its residual shares in 18 companies (including 12 percent share of Social Welfare Fund (SHASTA), the largest public company) to generate income as it grapples with the economic consequences of Covid-19 and US sanctions. The estimated privatization proceeds are at around IRR165 trillion (0.6% of GDP) from banks and insurance companies and IRR70 trillion (0.2% of GDP) from SHASTA. 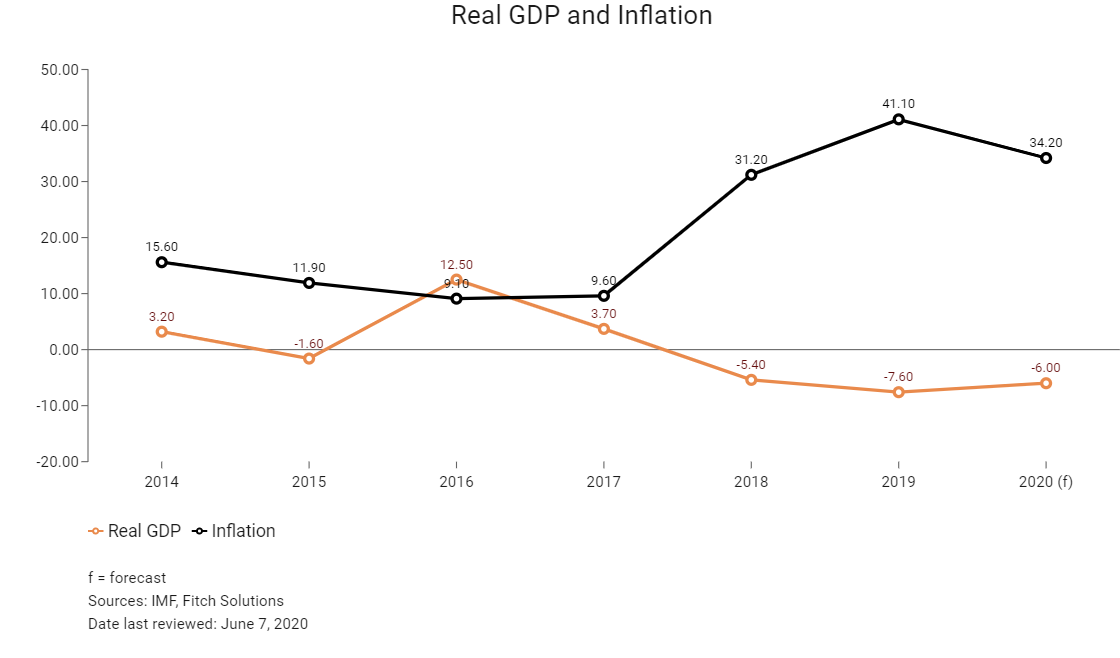 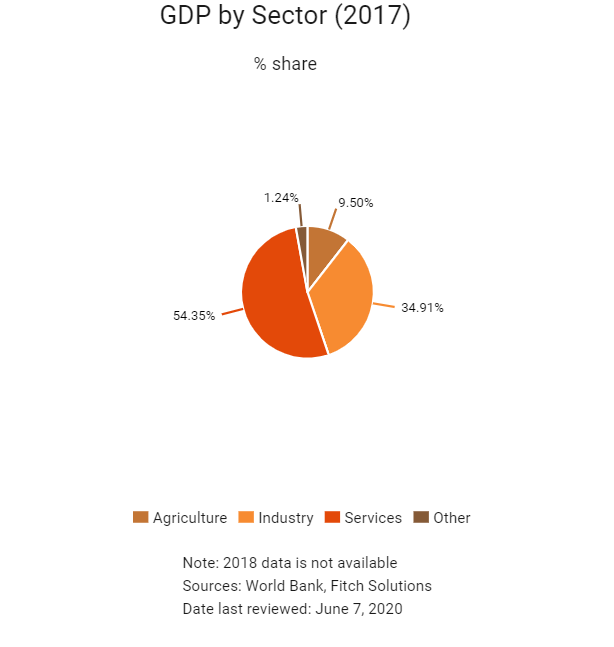 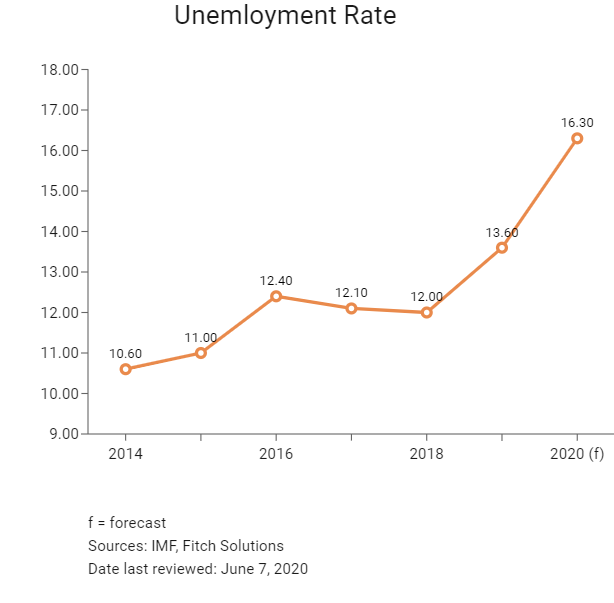 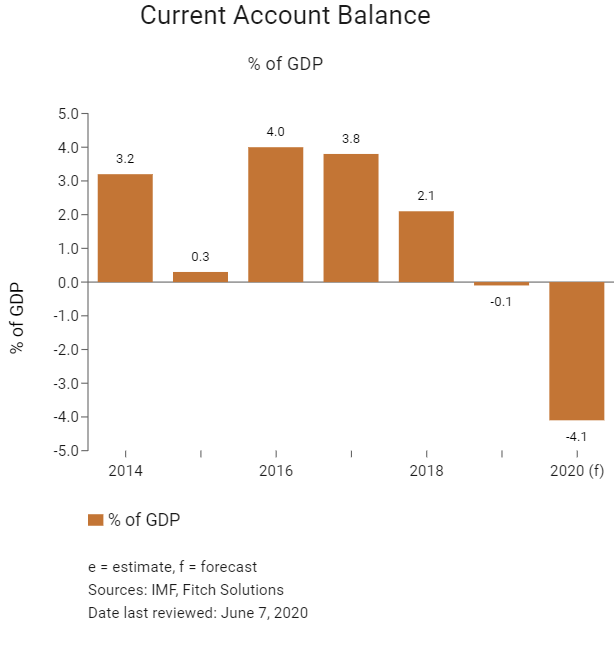 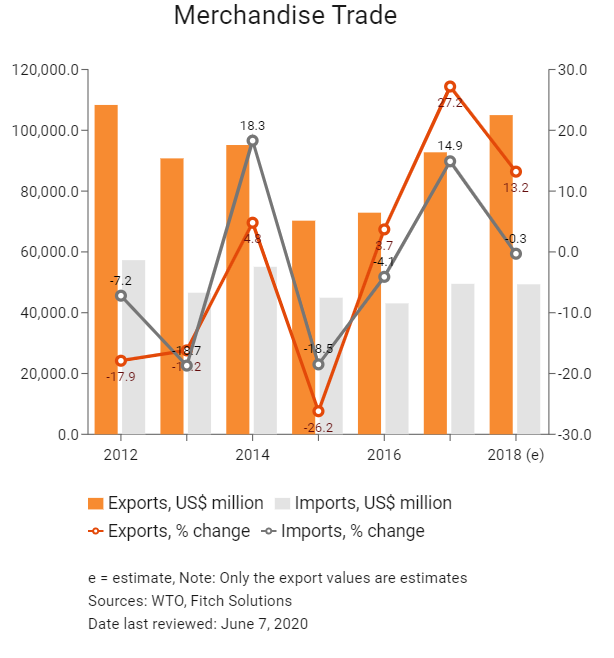 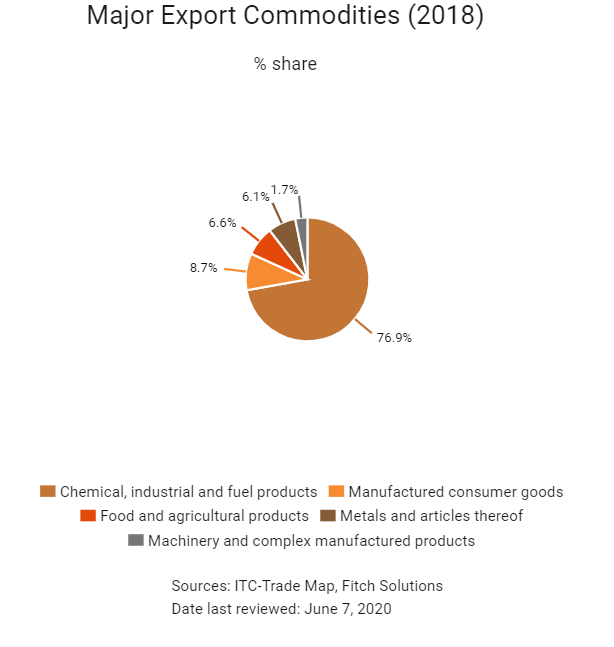 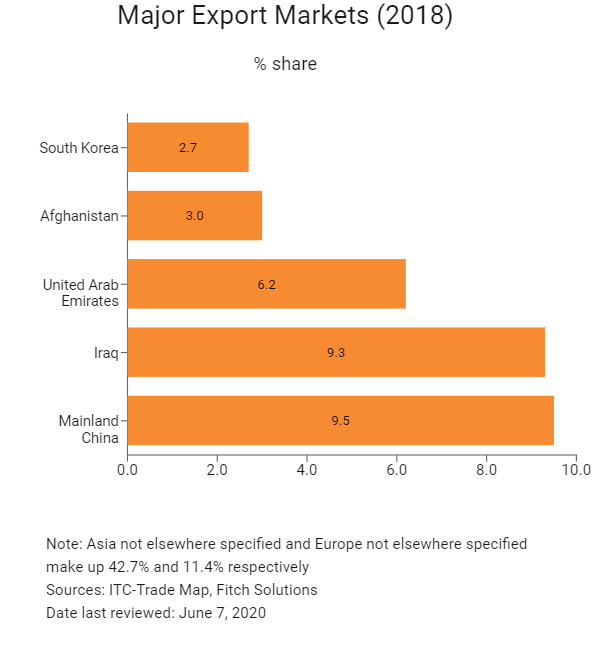 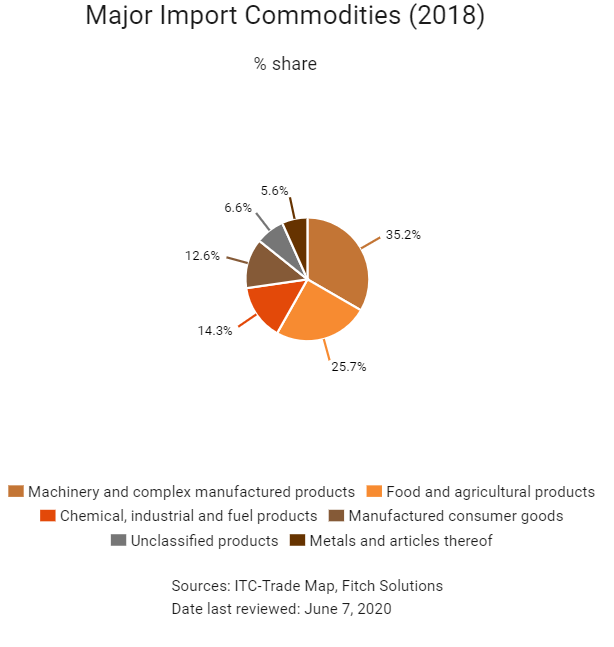 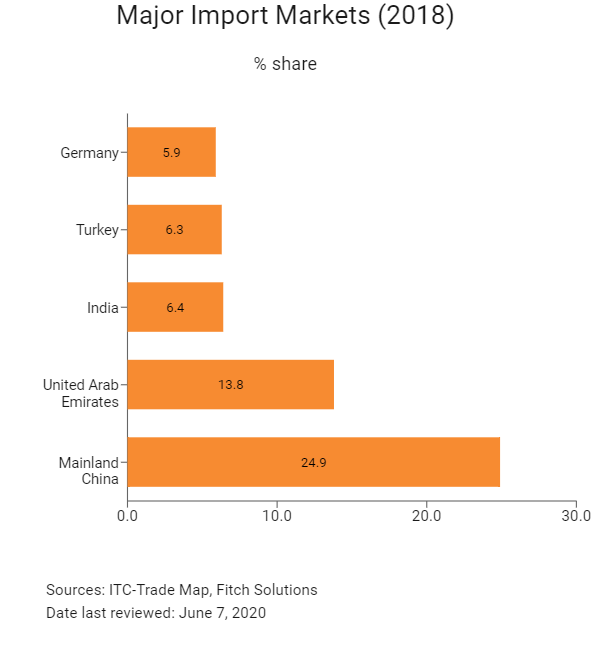 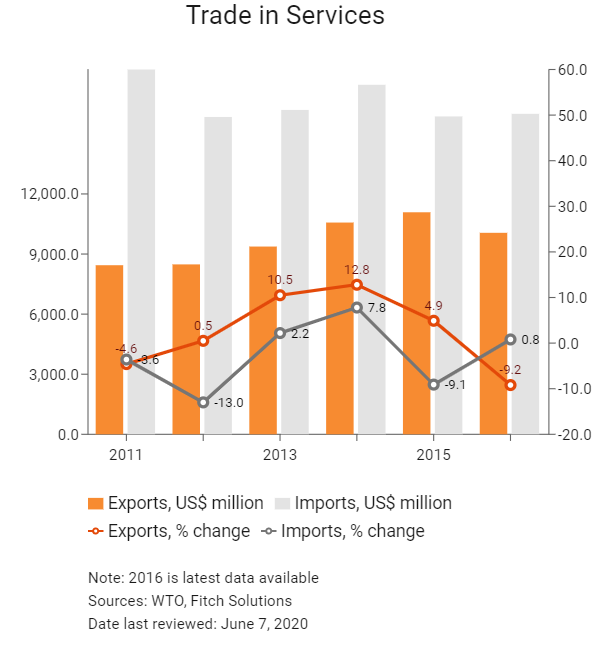 Firms doing business in Iran face risks after President Donald Trump of the United States imposed the first batch of secondary sanctions against the Middle Eastern nation in Q318. August 6, 2018, marked the first of two deadlines that the United States president gave companies to wind down activities in Iran. In May 2018, he announced that he was pulling the United States out of the Iranian nuclear deal – officially known as the Joint Comprehensive Plan of Action (JCPOA).

With the EU expected to enforce a blocking regulation – a statute that makes it illegal for any EU company or person to comply with those United States sanctions – EU firms will face significant challenges when it comes to doing business in Iran and complying with United States requirements. A number of states within the EU have committed to implementing the blocking regulation as of Q219. 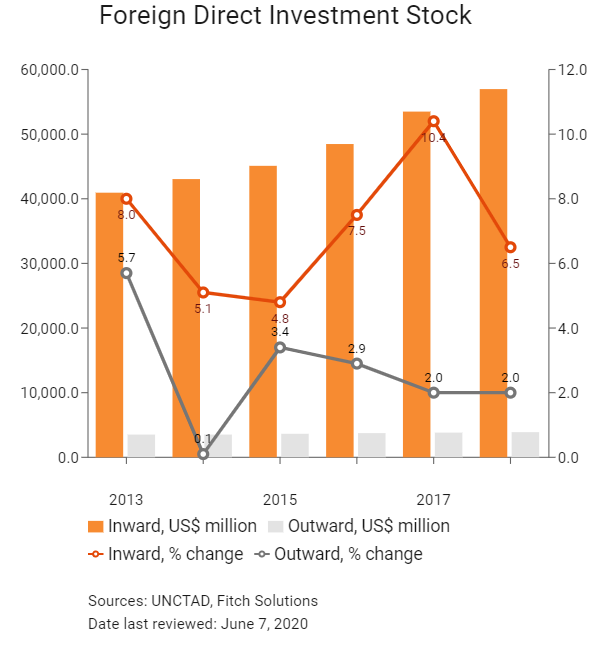 The government has introduced a simplified flat corporate income tax rate that is applicable to both resident and non-resident entities.

The saturation of the Iranian labour market means that the employment of foreign nationals is not encouraged, and the percentage of foreign workers employed in a company may be capped at 20%. The process of employing expatriate staff is made slightly easier if investment is through the 2002 Foreign Investment Promotion and Protection Act, which allows work and residence permits to be granted for foreign investors, directors, experts and their immediate family members.

Companies wishing to employ foreign workers in Iran for more skilled positions must apply for work permits and seek permission from the Department General for the Employment of Foreign Nationals. Employment permits will only be granted if certain stipulations are met, namely that there is a lack of expertise for the position among Iranian nationals, the foreign national is qualified for the position and the expertise of the foreign national will be used to train Iranian workers who will subsequently replace the expatriate. Work permits are issued for a period of one year and cost USD130 to be issued or renewed (a renewal also lasts for one year).

Citizens of the United States, the United Kingdom, Canada and some South Asian and Middle Eastern countries must obtain visas in advance, and independent travel may be limited. Israeli citizens cannot travel to Iran and citizens of developing countries who have visited Israel may be refused entry to Iran.

ECONOMIC RISK
In 2020 the economy will contract for the third consecutive year. United States sanctions on the manufacturing sector will weigh on the non-oil private sector, while the oil economy remains crippled by prior sanctions and depressed energy prices. Moreover, the Covid-19 outbreak will further constrict activity.  The risk of escalation of United States sanctions will impact the country's oil exports and investment inflows in the quarters ahead. Local currency depreciation and rising inflation are weighing on investment and consumption in real terms. Nevertheless, with some trade with Asia and Russia still likely to be maintained. In addition, Iran's long-term economic outlook could be one of the most promising in the Middle East and North Africa region, particularly in the event that the country can secure sanction relief, against the backdrop of a positive consumer story and efforts to comply with structural reforms to the economy and security sector. In the interim domestic political risk, elevated inflation and geopolitical tensions pose downside risks to the country’s near term outlook.

OPERATIONAL RISK
Iran's operating environment is facing considerable setbacks resulting from the decision of United States President Donald Trump to reintroduce broad sanctions and withdraw from the nuclear agreement reached in July 2015. While the other signatories to the agreement (the EU, Russia and Mainland China) have tentatively agreed to continue upholding it, most improvements to Iran's economy and business environment over the last three years are likely to be negatively affected by these recent developments. Doing business in the country will become more difficult once again, particularly for Western firms, while structural risks –  including obstacles to trade, regulatory restrictions, onerous taxes and stringent labour laws – are likely to remain in place amid slow reform momentum. 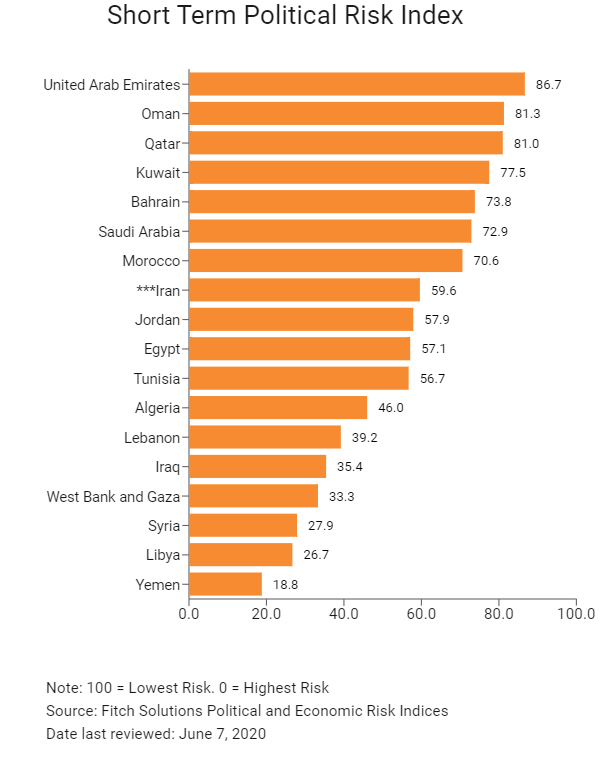 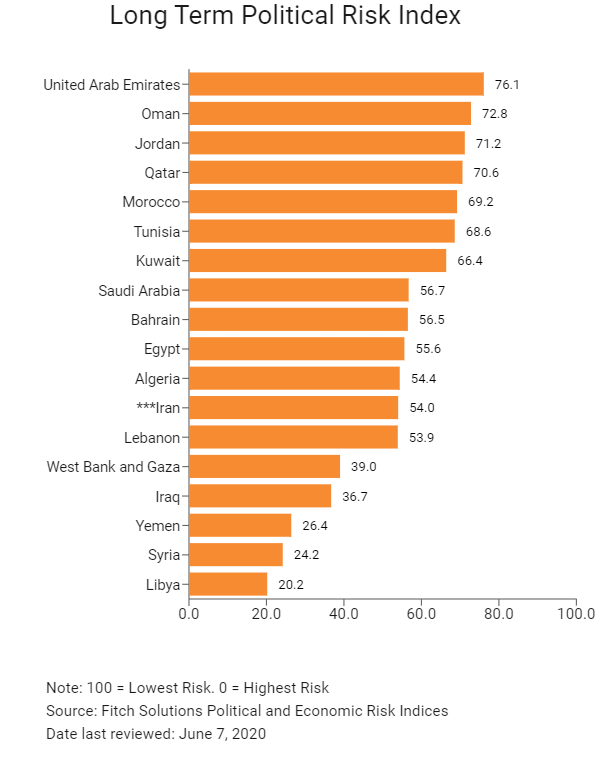 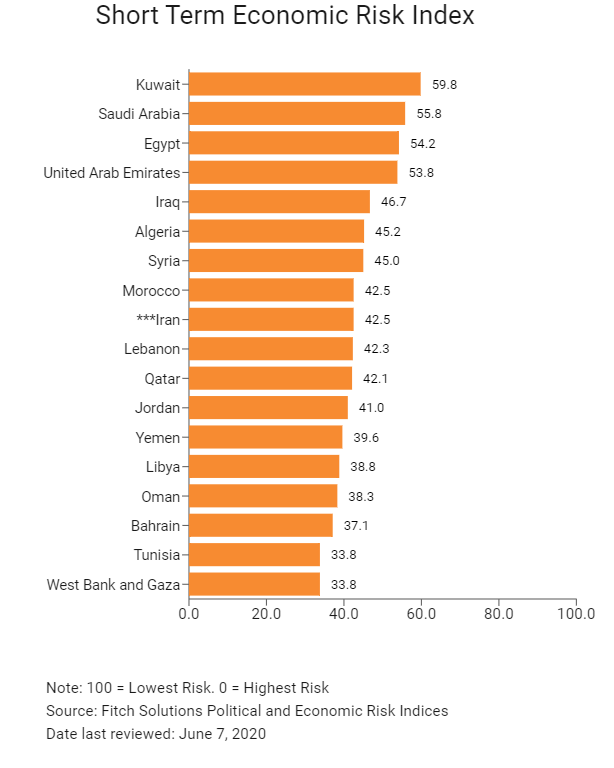 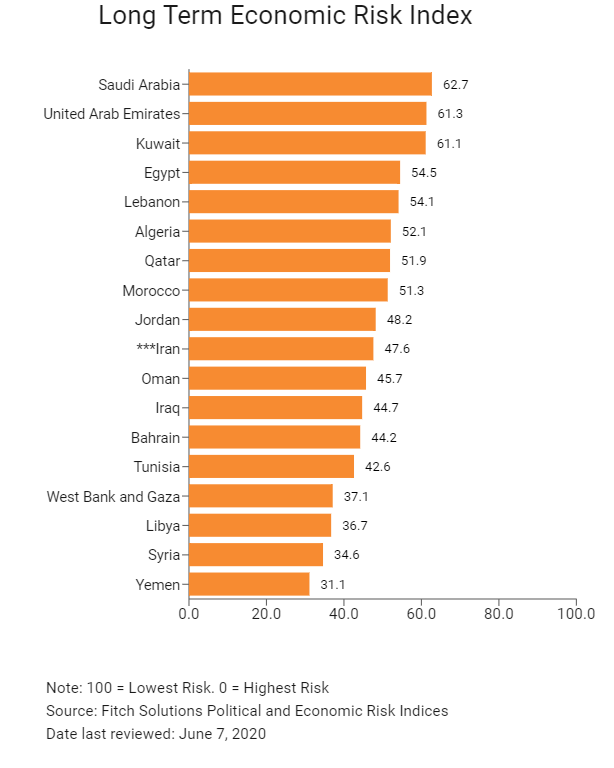 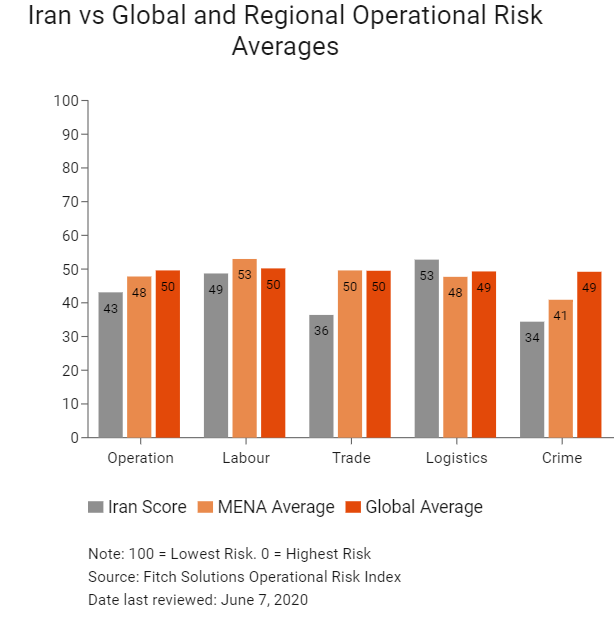 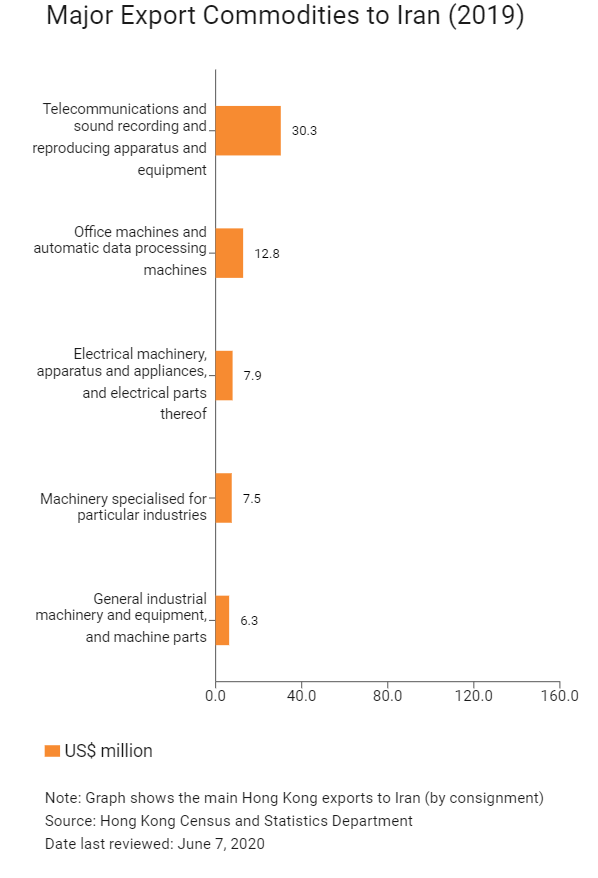 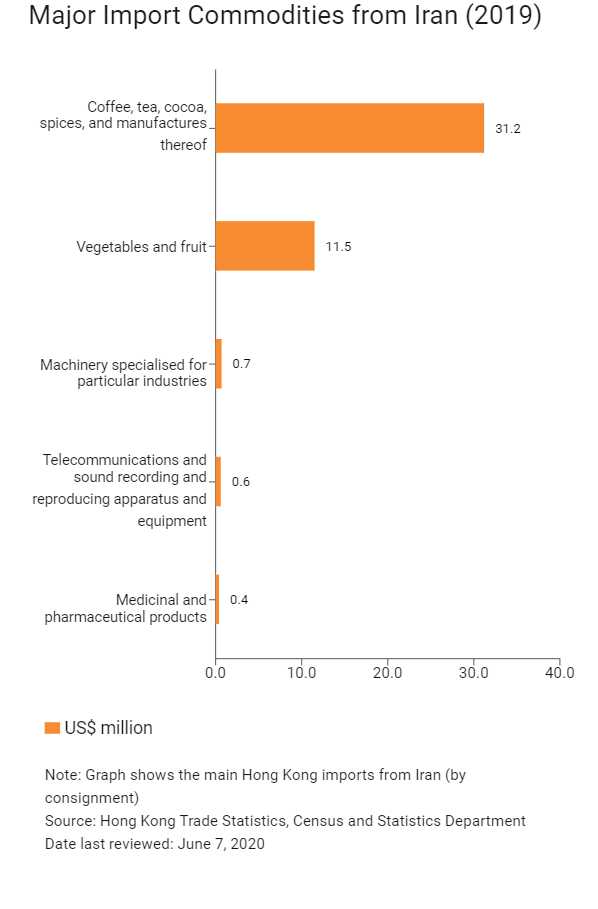 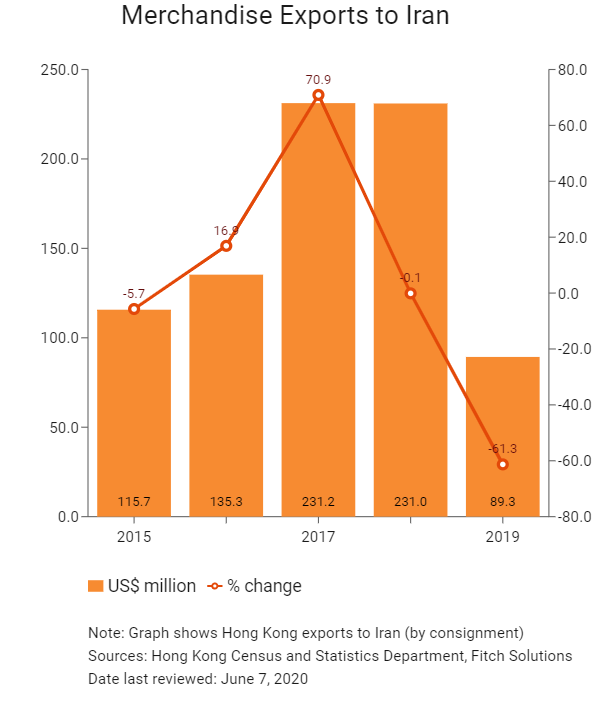 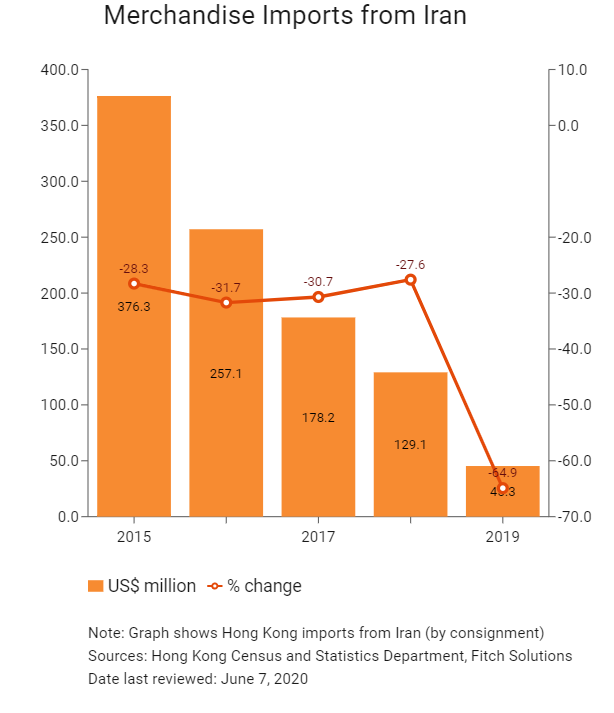 Treaties and Agreements between Hong Kong and Iran

Source: The Iranian Chamber of Commerce and Investment in Hong Kong and Macau

Consulate General of the Islamic Republic of Iran in Hong Kong

Iran has waived visa for Hong Kong, Macau and Chinese citizens since 22 July 2019. They can enjoy a 21-day stay upon each entry for business or sightseeing. No prior application is needed and the passports will be no longer stamped at the borders.