The successful implementation of macro-economic and structural reforms by the Egyptian government have helped to stabilise the economy, sustain growth and lay the groundwork for more dynamic private sector participation in the economy. Egypt also benefits from relatively good relationships with neighbouring states, with the exception of Iran. The progress of key structural economic reforms provides greater room for market entry for foreign investors and the expansion of existing entities through value addition. The sectors that have been the main drivers of growth are construction, the extractive sector, real estate, tourism and wholesale and retail trade.

January 2019
Egypt took up chairmanship of the African Union.

April 2019
A constitutional referendum was held in Egypt from April 20 to 22, 2019, which proposed changes to extend the presidential term from four years to six and allows President Abdel Fattah el-Sisi to run for re-election in 2024.

July 2019
Egypt and the United States signed a memorandum of understanding for the judicial cooperation between the two countries.

July 2019
The upper house of Russian Parliament, the Russian Federation Council, approved a law ratifying a treaty between Russia and Egypt for partnership and strategic cooperation between the two countries.

October 2019
Smart Engineering Solutions, in partnership with Egyptian Ministry of Defence and Military Production, unveiled plans to invest USD1.2 billion in a project that involved the construction of five concentrated solar thermal power plants with a combined capacity of 250MW in Egypt. The investment would also be directed towards establishing a facility that would produce components for the construction of the power plants. About 70% of the project's cost would be financed from international institutions, while 10-15% would be provided by local banks. Final bidders for the development of schemes were due to be appointed by the end of 2019.

November 2019
Israel would start exporting natural gas to Egypt as part of a USD15 billion agreement between Israel-based firm Delek Drilling, US-based Noble Energy and an Egyptian partner. The natural gas would be provided to the Egyptian national grid from Israel's offshore fields.

2020
Construction of EGP17 billion Alexandria Metro underground system in Egypt would start in the first quarter of 2020, according to the Governor of Alexandria Abdul Aziz Qansua. The metro project would be implemented in three phases, with phase one extending from the Abu Qir railway station to the Ramses (Misr) station in Cairo. The second phase would have the line running from the Ramses (Misr) station to the El Max station, and the final phase to stretch from the El Max station to Alkyl and further 21km to Alexandria-Matrouh road. Technical and financial studies of the project had been completed. The government of Alexandria and the Ministry of Transport had partnered to implement the project and were in the final review phase to launch an international tender in the beginning of 2020. The first phase of the project was expected to be completed in two years.

February 2020
During Egypt’s three-day Petroleum Show (EGYPS 2020), over 24 agreements with international companies and institutions were signed. One of the key agreements signed was the Egyptian Petrochemicals Holding Company’s deal with the Uniited States Bechtel Corporation to implement a refining and petrochemical complex in the Suez Canal Economic Zone, an investment worth USD6.7 billion.

March 2020
The government announced a stimulus package amounting to USD6.1 billion (EGP100 billion, 1.8% of GDP) to mitigate the economic impact of COVID-19. As part of the EGP100 billion stimulus, EGP50 billion was announced for the tourism sector, which contributes close to 12% of Egypt’s GDP, 10% of employment, and almost 4% of GDP in terms of receipts, as of 2019.

The moratorium on the tax law on agricultural land had been extended for 2 years. The stamp duty on transactions and tax on dividends had been reduced. Capital gains tax had been postponed until further notice.

Energy costs had been lowered for the entire industrial sector; real estate tax relief had been provided for industrial and tourism sectors; subsidy pay-out for exporters had been stepped up, and discount on fuel price had been announced for the aviation sector. 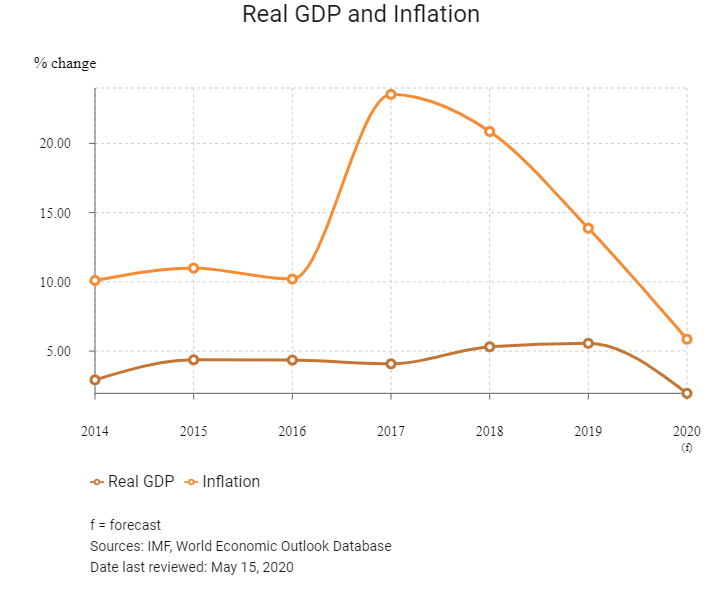 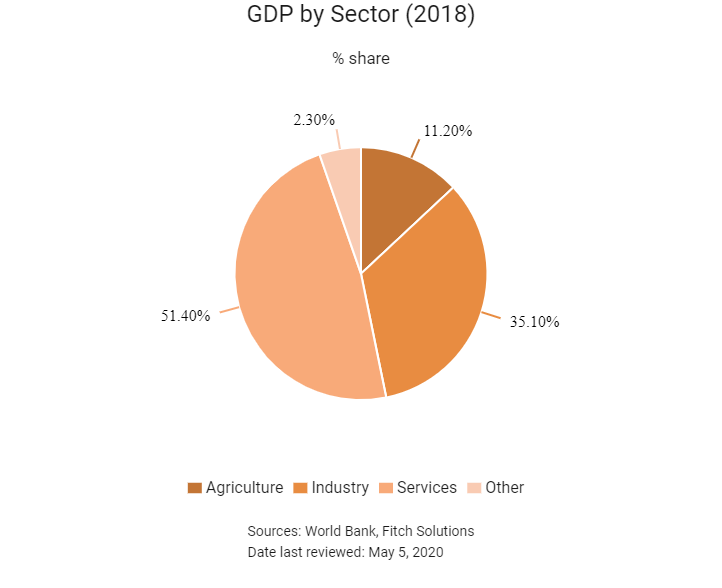 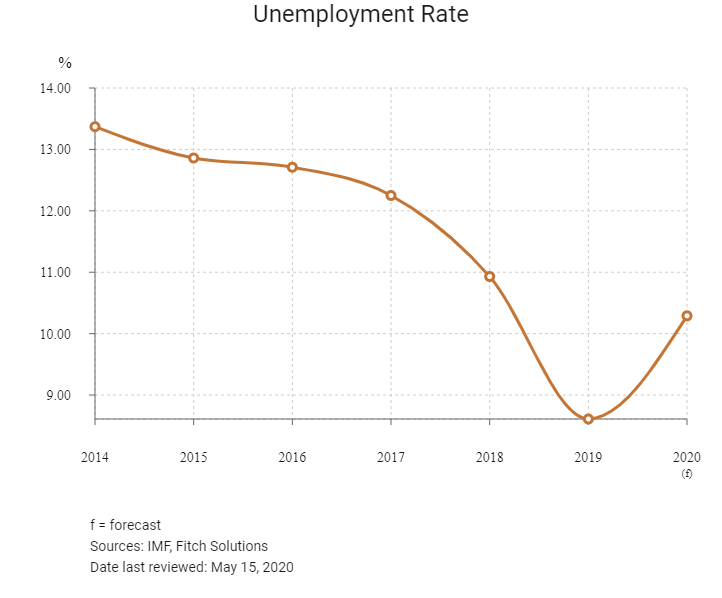 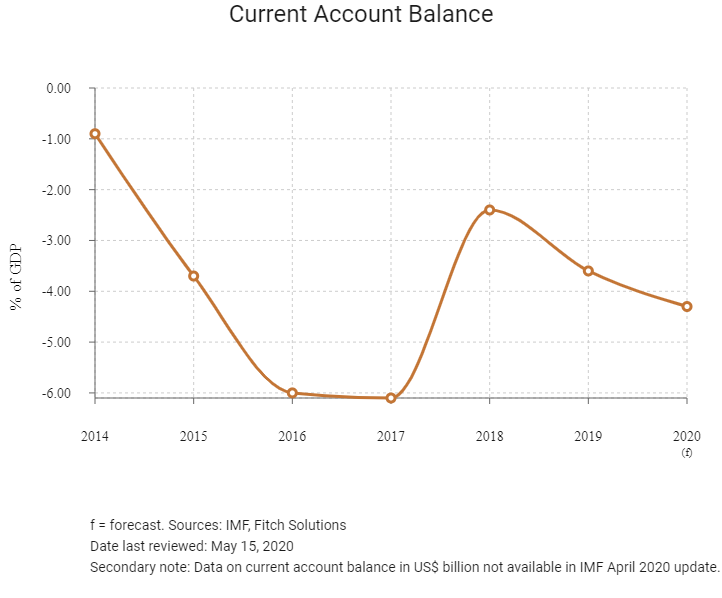 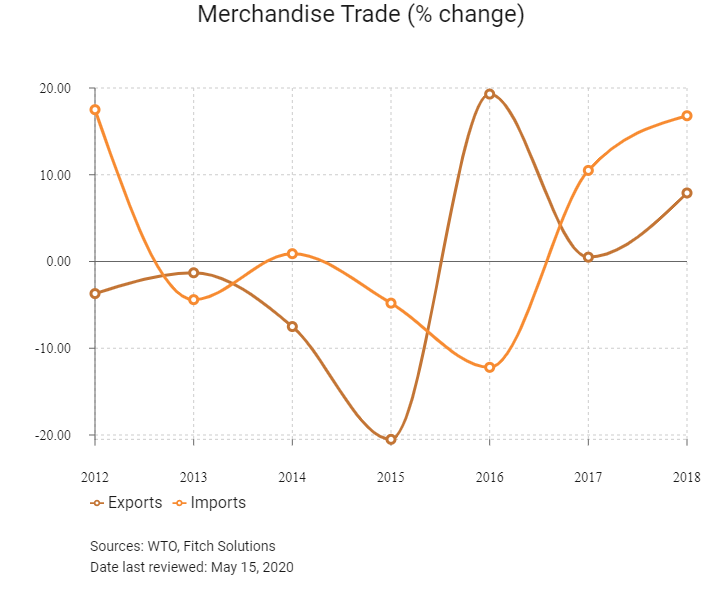 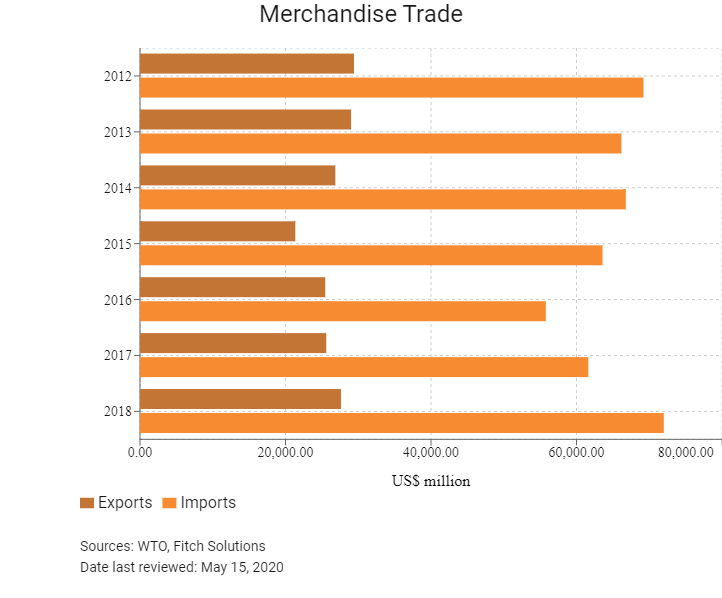 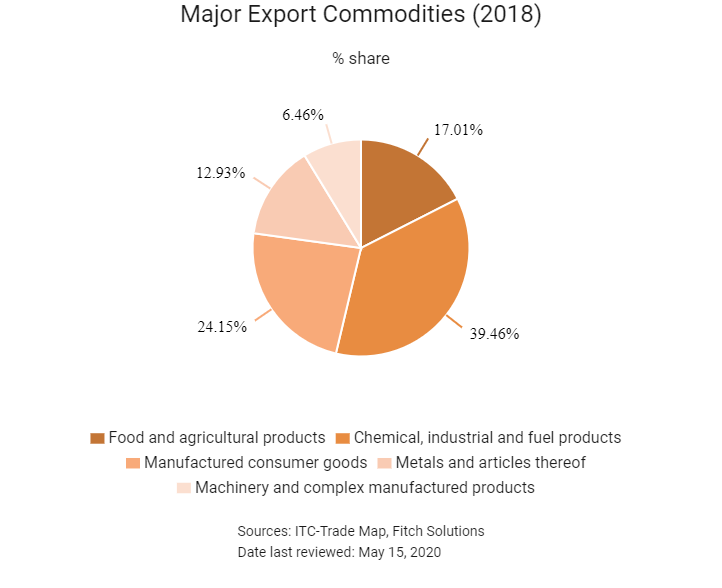 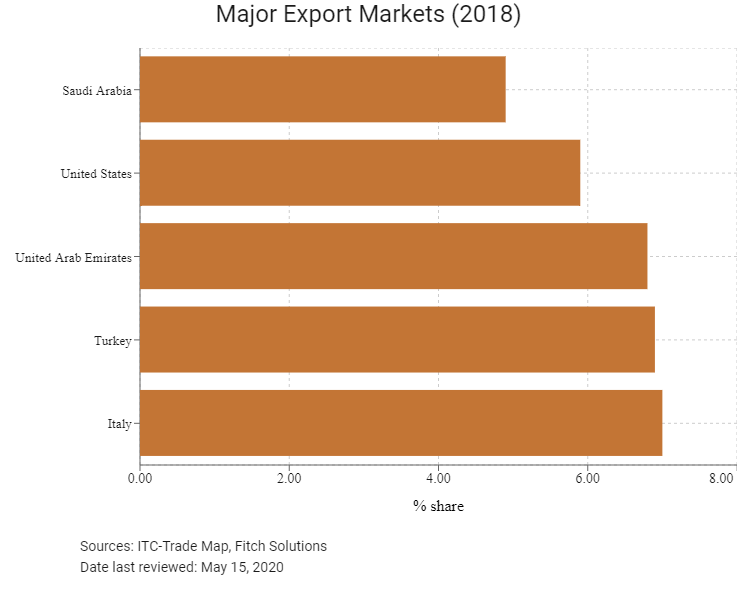 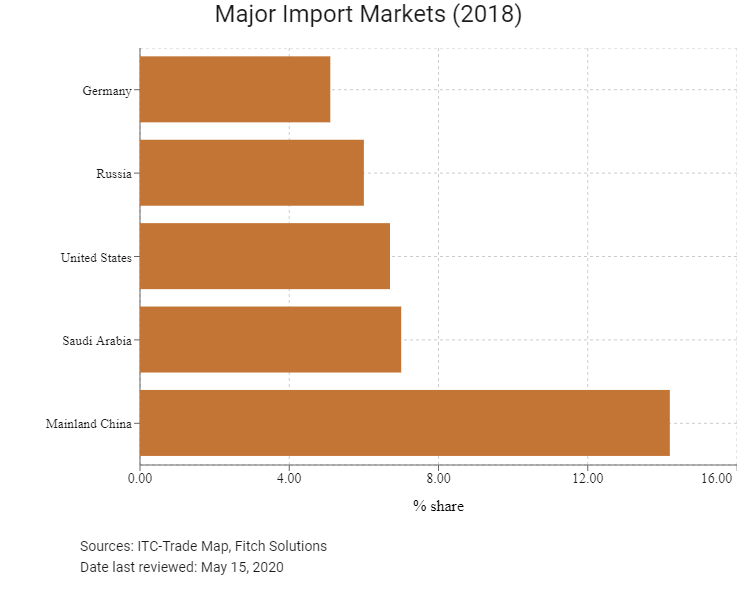 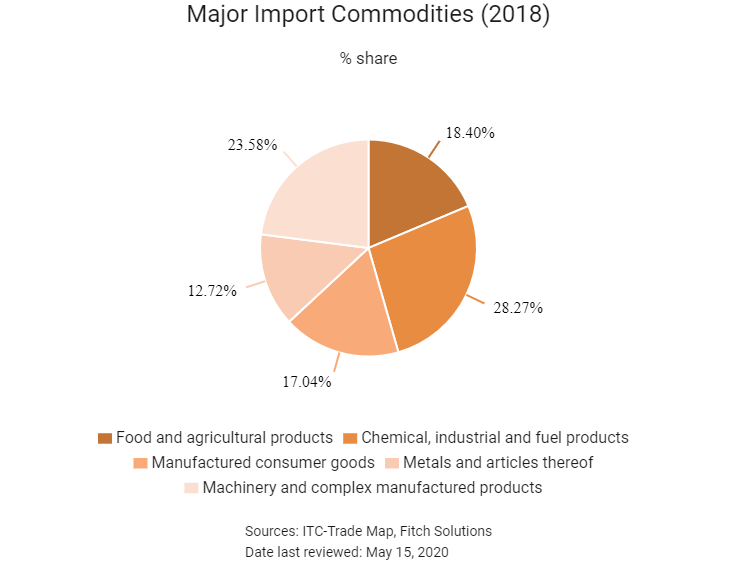 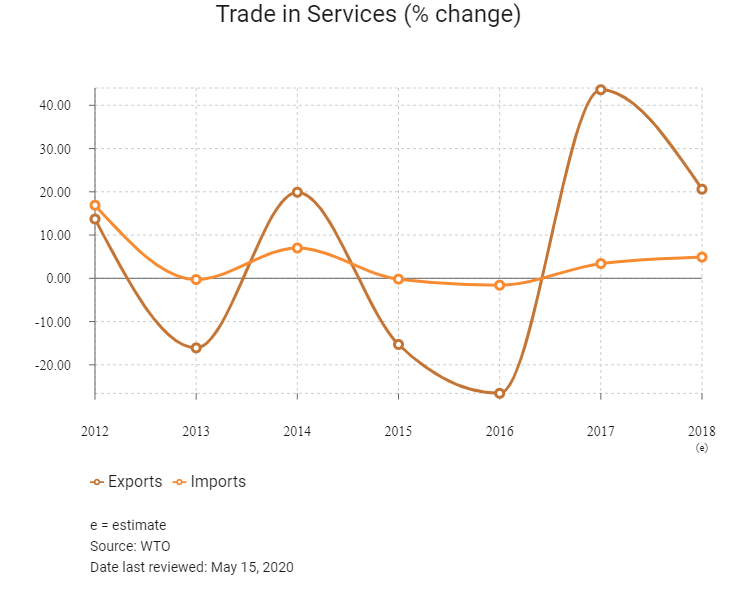 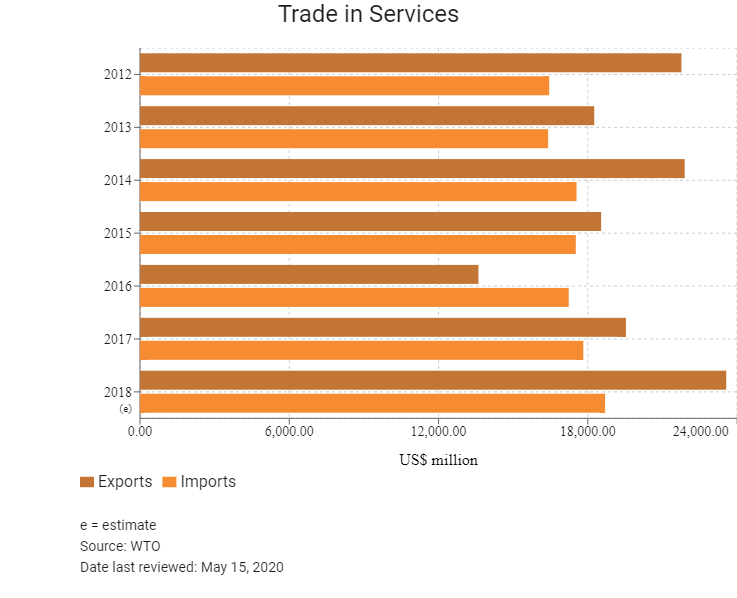 The Tripartite Free Trade Area (FTA) was officially launched in Egypt in June 2015, with an estimated finalisation date of 2025. This agreement is aimed at bringing together three of Africa's major regional economic communities: the Southern African Development Community, the East African Community, and the Common Market for Eastern and Southern Africa (COMESA). In July 2019, Rwanda became the fifth country to ratify the agreement. It will enter into force once it has been ratified by at least 14 member states. At the time of writing, Egypt, Uganda, South Africa, Kenya and Rwanda had ratified the agreement.​​​​​​​ 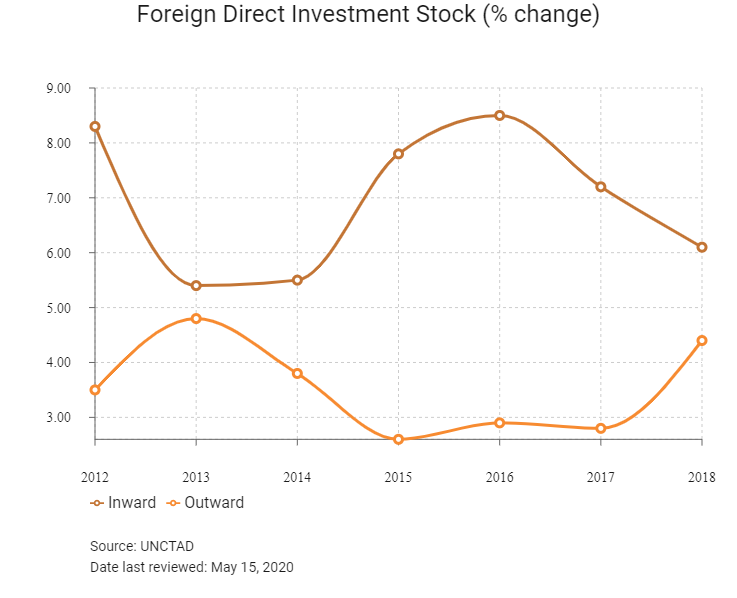 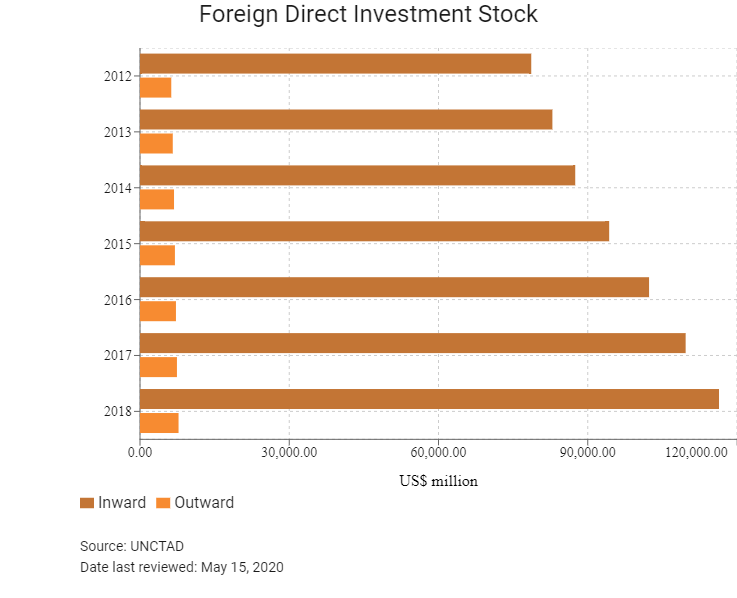 The Egyptian government encourages investment in sectors that create employment, generate foreign exchange, and create forward and backward links with rural areas. Labour regulations continue to restrict the employment of foreign nationals, particularly in low-skilled sectors. Labour rules prevent companies from hiring more than 10% non-Egyptians (25% in free zones), and foreigners are not allowed to operate sole proprietorships or simple partnerships. Work permits are required for all foreign nationals intending to work in Egypt.

A foreign national must obtain a work permit to be able to stay and work in Egypt. In 2011, Egyptian authorities enacted regulations designed to restrict access for foreigners to Egyptian worker visas, particularly for low-skilled labour. Visas for unskilled workers will be phased out. For most other jobs, employers may hire foreign workers on a temporary six-month basis, but they must also hire two Egyptians to be trained to do the job during that period. Only jobs where it is not possible for Egyptians to acquire the requisite skills may remain open to foreign workers. The procedures are easier for managers than for employees. A joint stock company or a limited liability company operating under the umbrella of the Investment Law can appoint a number of managers commensurate to the value of its capital. It usually takes around two months from application to obtain a residency visa, and it costs around EGP3,000.

ECONOMIC RISK
​​​​​​​Growth will slow substantially in Egypt in FY2019/20 (ending June 30) and the next fiscal year, highlighting the severity of the ongoing Covid-19 crisis. Expected medium-term real GDP growth will drive Egyptian exports and investments, supported by the country's fast-expanding gas sector. Investment will increasingly drive growth on the back of low base effects and pent-up demand, while government and household spending growth will remain tepid. The natural gas sector will continue to attract FDI and be a key driver of growth, boosting both exports and investment. Non-hydrocarbon investment and consumption will recover more gradually, on the back of continued easing of monetary policy as inflation slows; however, Egyptian households and businesses will remain under pressure in the near term. The long-term outlook is more positive given the significant growth opportunities in banking, housing and infrastructure.

OPERATIONAL RISK
​​​​​​​A number of inherent features augment the Egyptian market's long-term growth potential. These include a strategic geographical, political and cultural position in the region, a large and growing working-age and consumer population, a strong infrastructure project pipeline and a well-developed financial sector. Furthermore, the underdeveloped private sector, combined with the progress of structural economic reforms, offers potential for expansion through value addition. However, Egypt's operating environment holds myriad risks that weigh on the market's potential, including onerous customs procedures and non-tariff trade barriers, a rigid labour market structure, and elevated security risks. Moreover, the country's utility networks are prone to periodic service disruptions and capacity limitations, which can be disruptive for business activity. 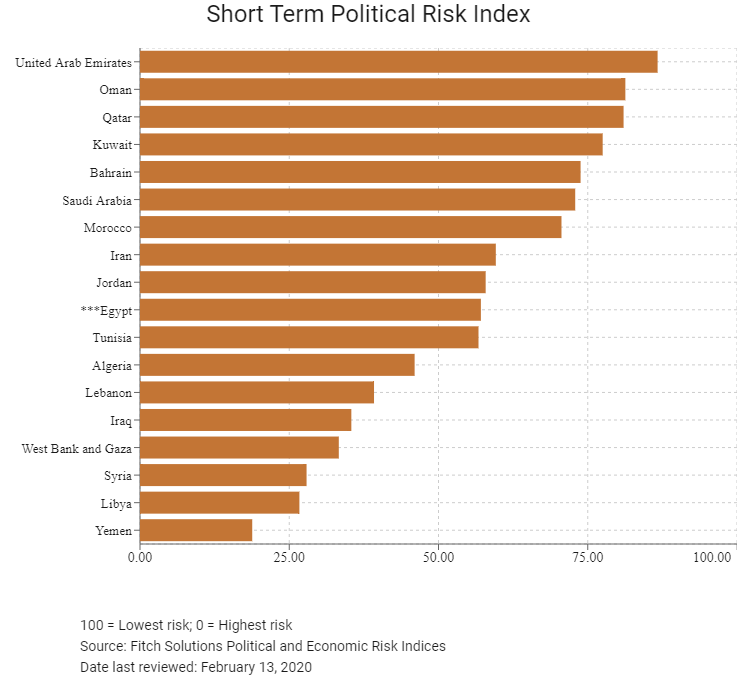 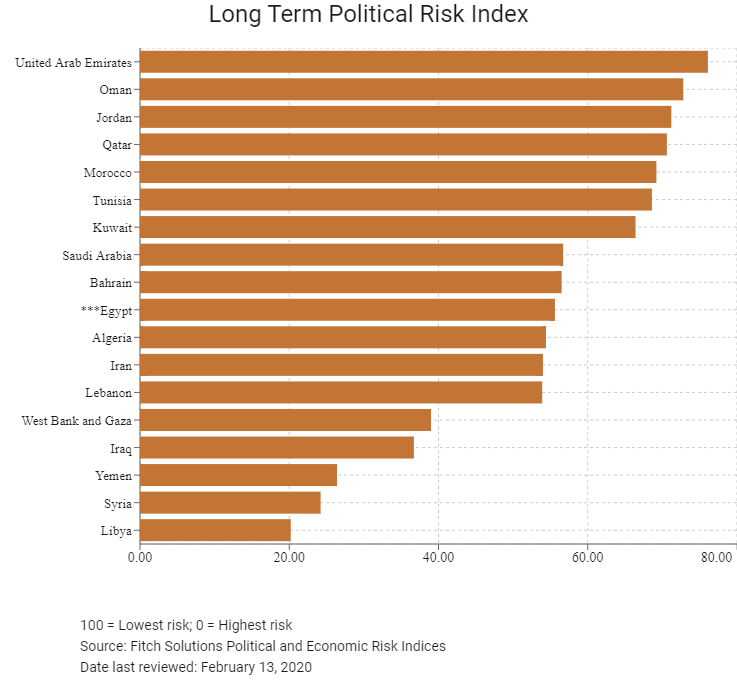 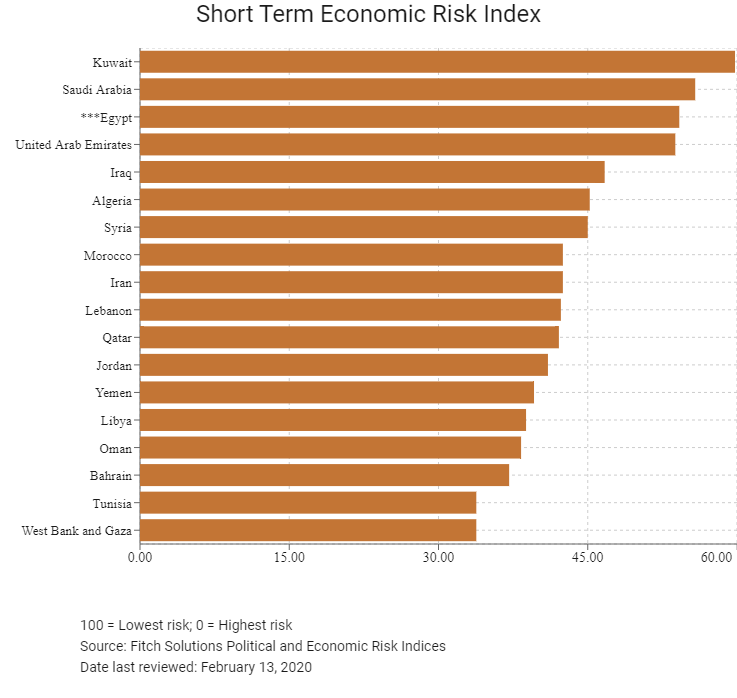 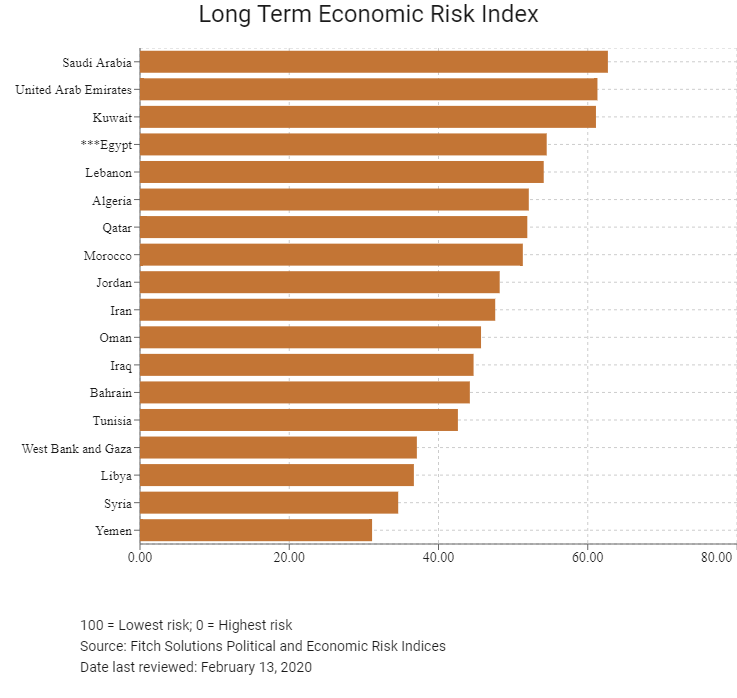 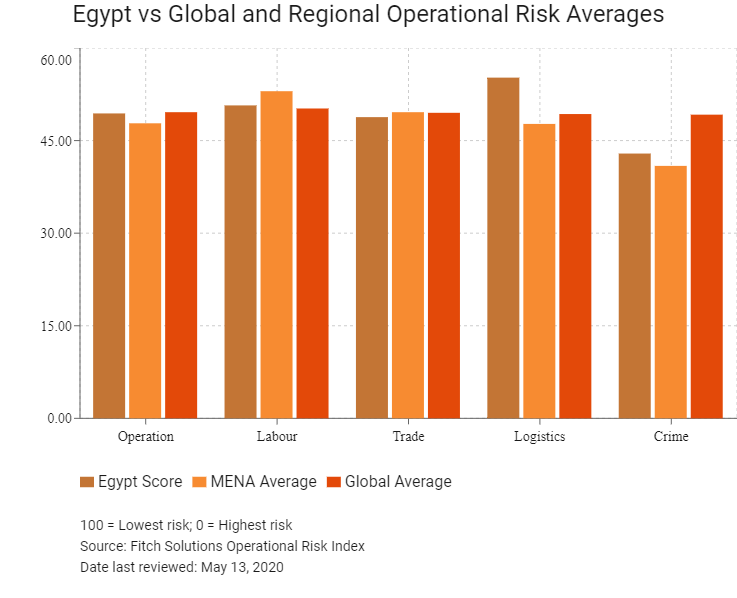 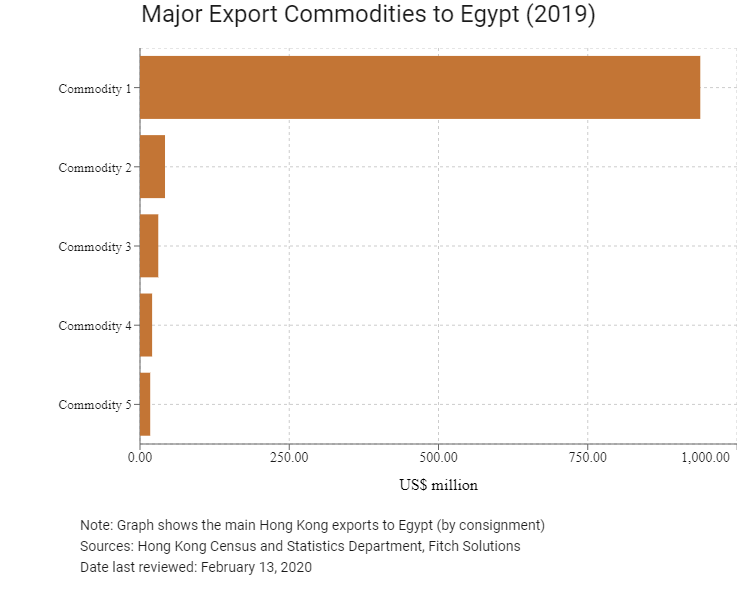 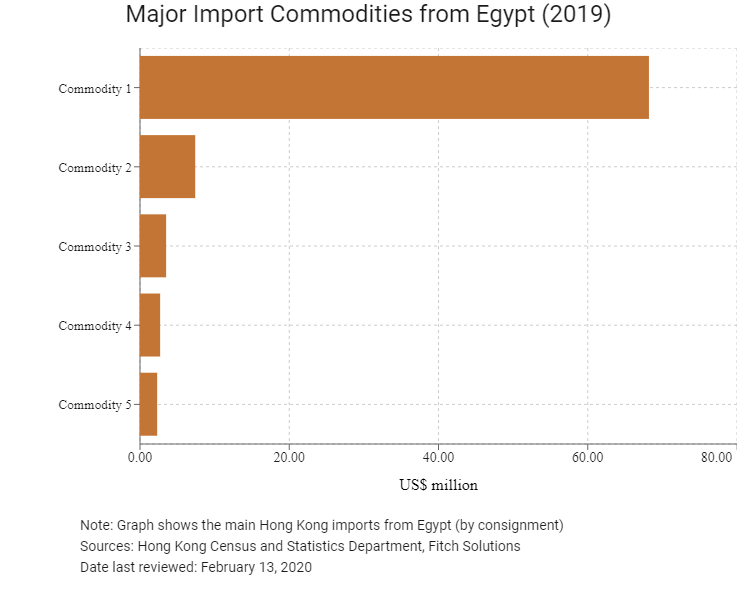 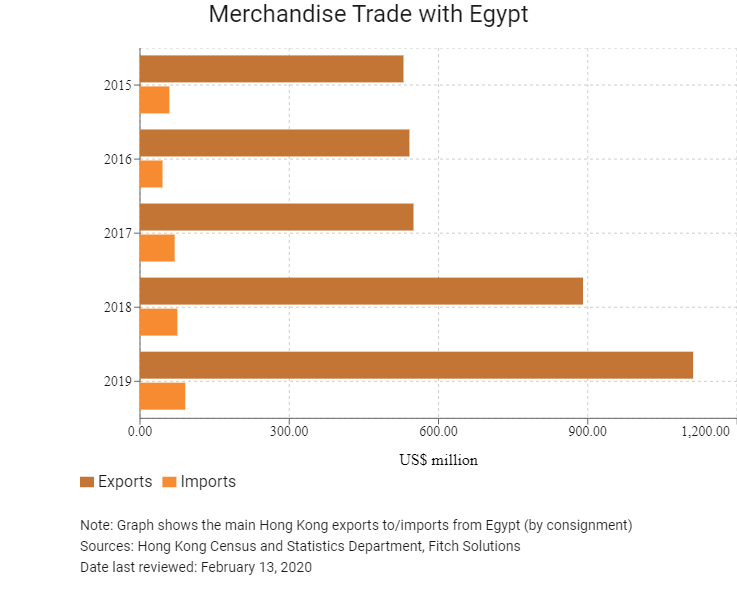 ARABCCI was established in Hong Kong 2006 as a leading organisation at promoting commercial ties between Hong Kong/Mainland China and the Arab World.

The Arab Republic of Egypt Consulate General in Hong Kong

Bahrain, Hong Kong, Kuwait, Macao, Oman, Saudi Arabia and the United Arab Emirates residents can enter without a visa (for periods of up to three months). For other visitors, the necessary Egypt travel documents are a passport and a visa.