Bhutan has developed considerably in recent years and made remarkable progress in decreasing poverty and improving human development indicators. Hydropower construction (including the PHP-II, a megaproject collaboration between the governments of Bhutan and India, slated for completion in September 2019) and supportive fiscal and monetary policies, such as the 2016 Economic Development Policy and accompanying 2017 Fiscal Incentives Bill, are contributing to solid growth and low inflation. Nevertheless, structural challenges remain, such as large current account deficits, high public debt and an underdeveloped private sector. The new government formed by the Druk Nyamrup Tshogpa (DNT) party is expected to prioritise welfare and infrastructure spending in the years ahead.

January 2015
John Kerry became the first-ever United States secretary of state to hold a cabinet-level meeting with a Bhutanese official when he met Bhutanese Prime Minister Tshering Tobgay in India.

October 2018
The third National Assembly elections to the lower house of the Parliament took place on October 18, 2018 with the DNT party winning in the run-off election of the two-phase system. Lotay Tshering, the president of DNT, would be the new prime Minister of Bhutan. 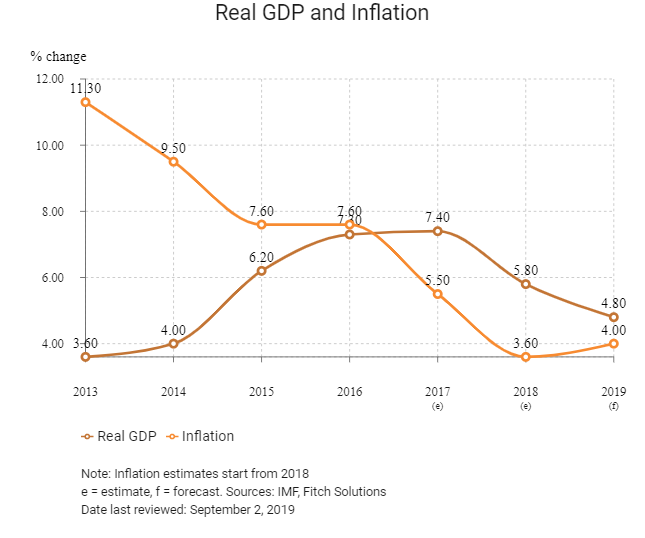 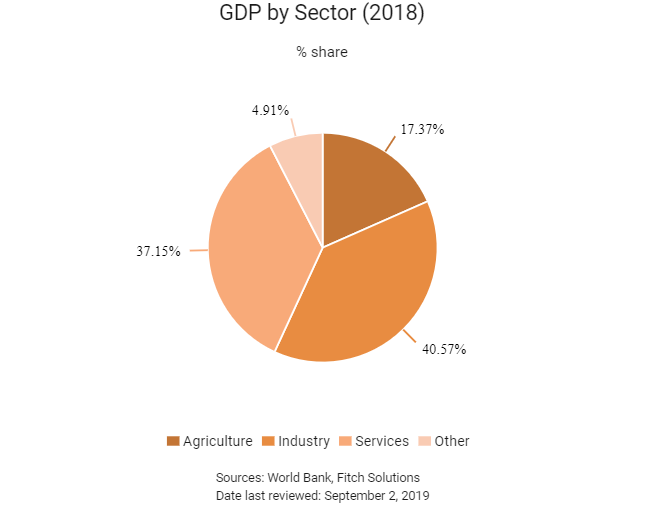 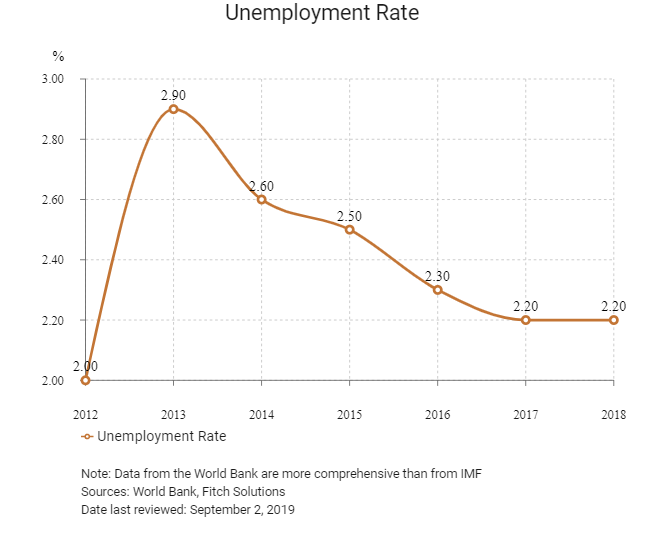 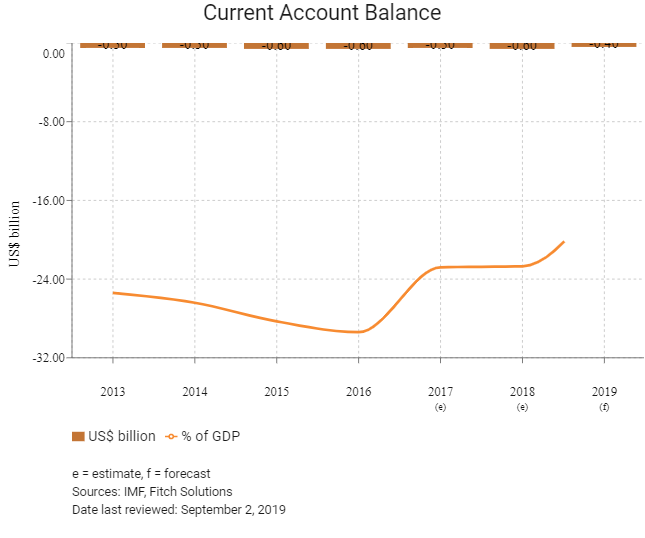 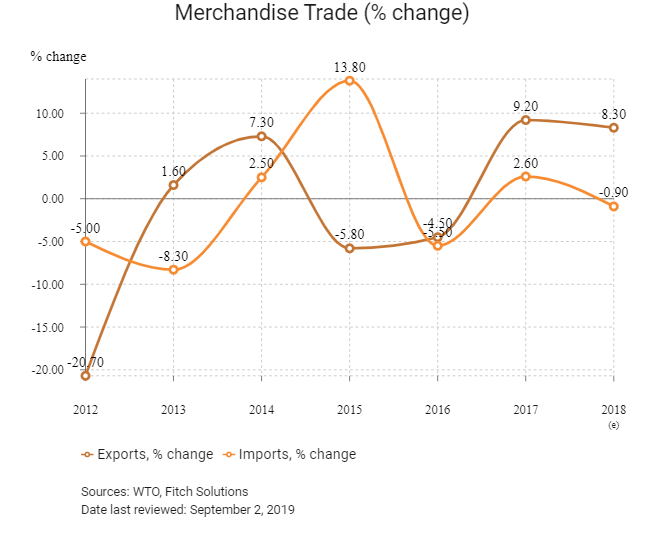 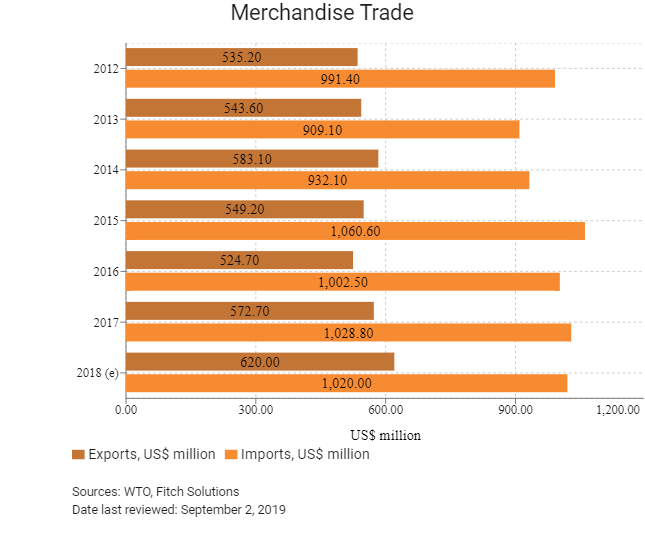 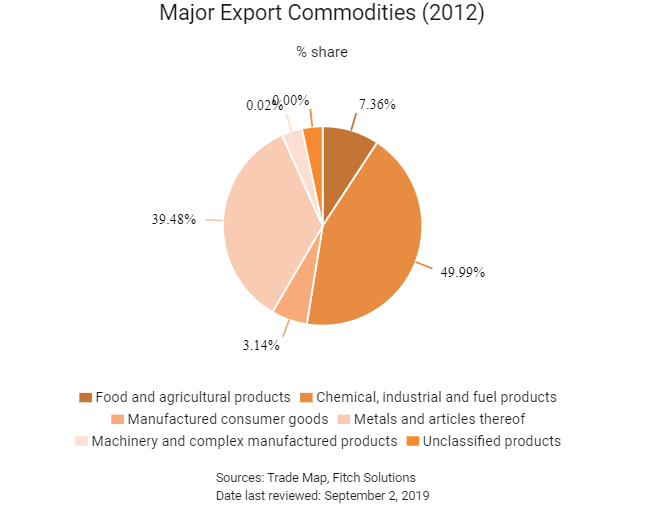 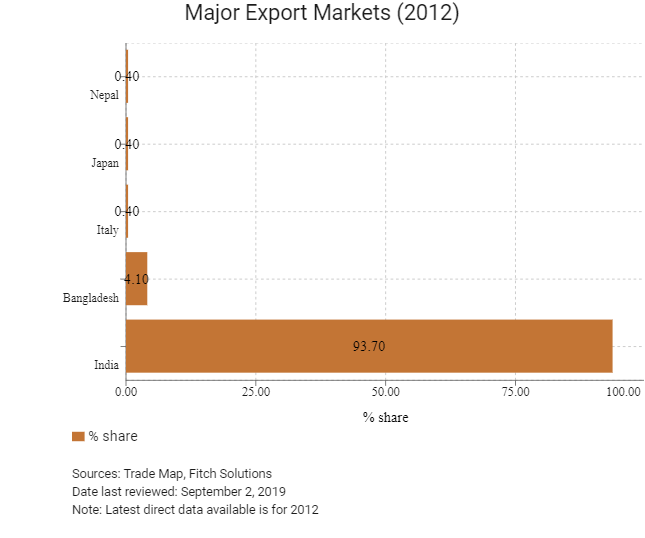 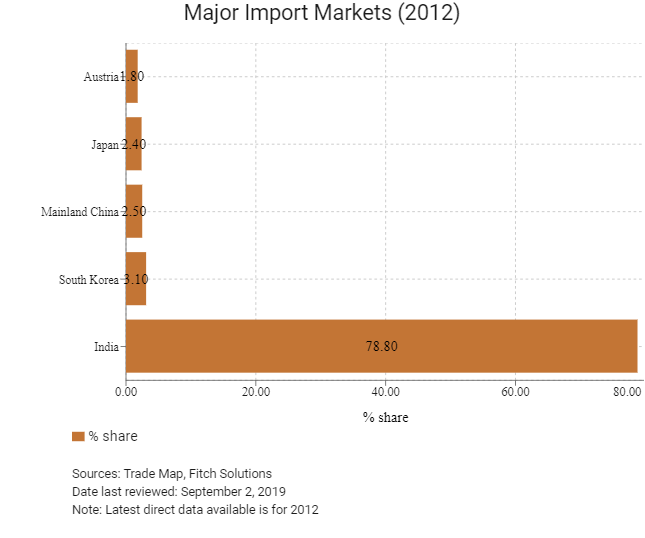 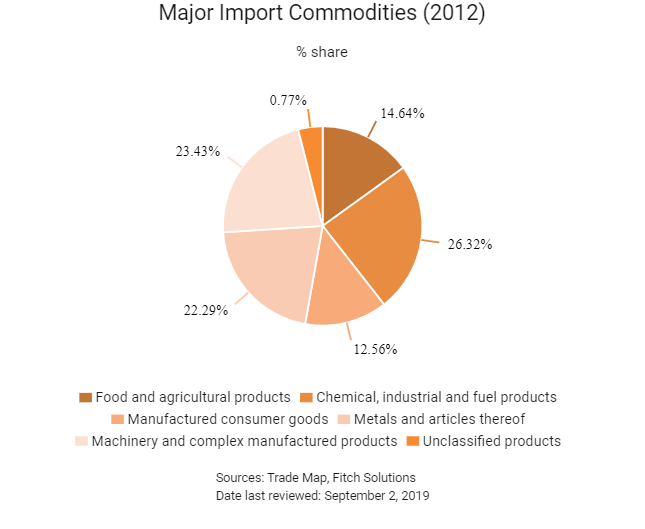 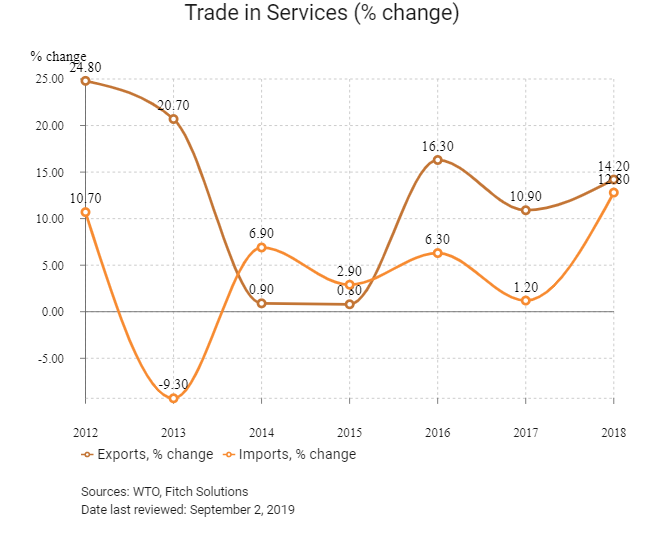 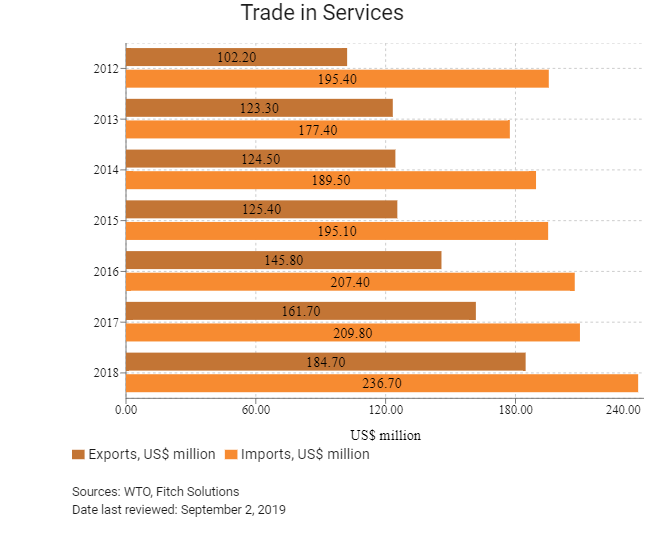 In June 2018, the seven-country grouping BIMSTEC (The Bay of Bengal Initiative on Multi-Sectoral Technical and Economic Cooperation) attended a two-day regional conference on 'Advancing BIMSTEC Cooperation'. The emphasis of the talks was on the need to conclude the free trade agreement (FTA) among the members of BIMSTEC to advance economic cooperation.

The BIMSTEC: BIMSTEC is a plurilateral FTA that is currently under negotiation. The agreement will focus on the trading of goods between Bhutan, Myanmar, Sri Lanka, Bangladesh, India, Nepal and Thailand. The bloc will bring together 1.5 billion people, or 21% of the world's population, and will have a combined GDP of more than USD2.85 trillion. 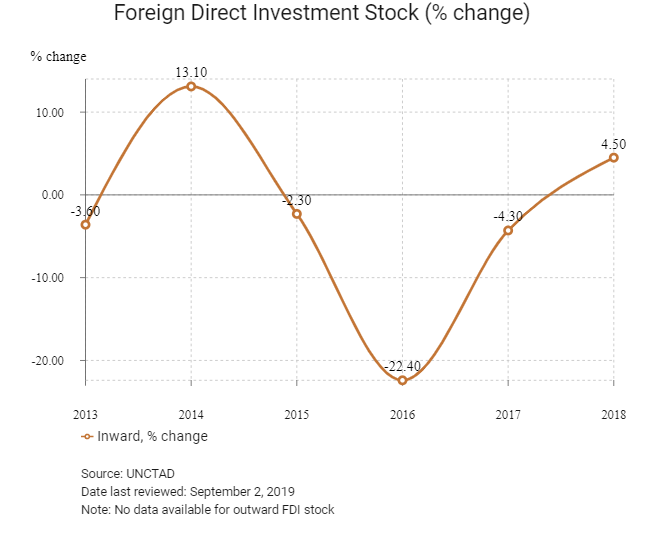 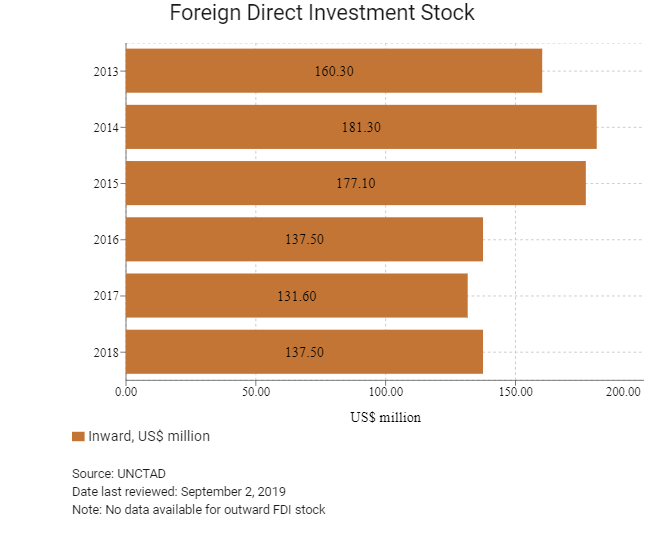 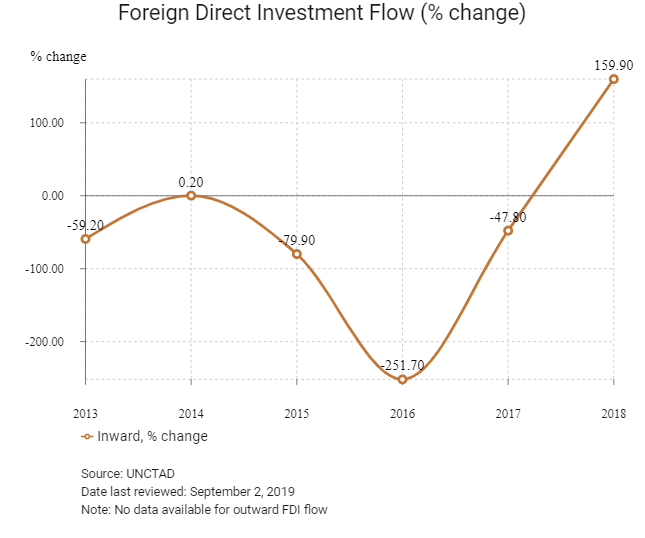 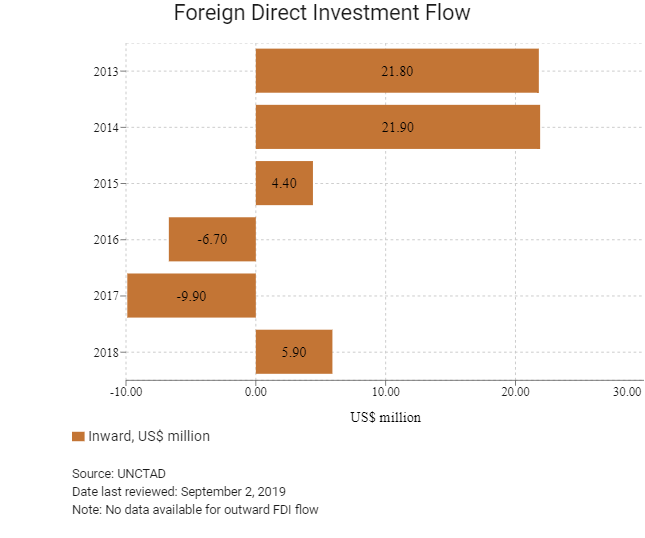 Firms need approval from the Department of Labour to recruit foreign workers. Applications are approved within one week. Businesses hiring workers with Indian citizenship need to sign an agreement with their respective Regional Immigration Office. Approval for additional expatriate workers depends on whether a company made efforts to hire a suitable Bhutanese candidate. A firm needs to have documented two attempts to advertise and recruit for a Bhutanese worker locally.

The policy 'High Value, Low Impact Tourism' makes travel to the Kingdom of Bhutan highly regulated to minimise the impact on the country's society and environment. Bhutanese policy ensures that only a limited number of tourists enter the country at any given time, preventing mass tourism and the alteration of the country's character.

Indian citizens do not need a visa to enter Bhutan due to the 1949 Treaty between the two states that allows for free movement of people between the two nations on a reciprocal basis.

Citizens of Bangladesh and the Maldives do not need a visa for Bhutan, as well as diplomatic passport holders of Switzerland and Thailand. All other passports require a visa to Bhutan.

Upon entry to Bhutan, all foreigners are issued a seven- or 14-day 'Entry Permit' that is valid for Thimphu and Paro only. The rest of Bhutan is considered a restricted area, and foreigners need a 'Restricted Area Permit' to enter.

OPERATIONAL RISK
Attractive business opportunities, outside of the construction sector, remain limited in Bhutan relative to its peers in the region. 95% of Bhutan's manufacturing sector comprises small and cottage industries, which employ an average of four people per business. These businesses generally operate in publishing and printing, and the manufacturing of furniture, other wood-based products, and food and beverages. However, these firms lack economies of scale. The landlocked nature of the country, complex terrain and limited transport connections raise the cost of trade and risk of supply chain disruptions.  However logistics risks are easing over time, as according to the World Economic Forum, Bhutan has achieved 100% electricity access. 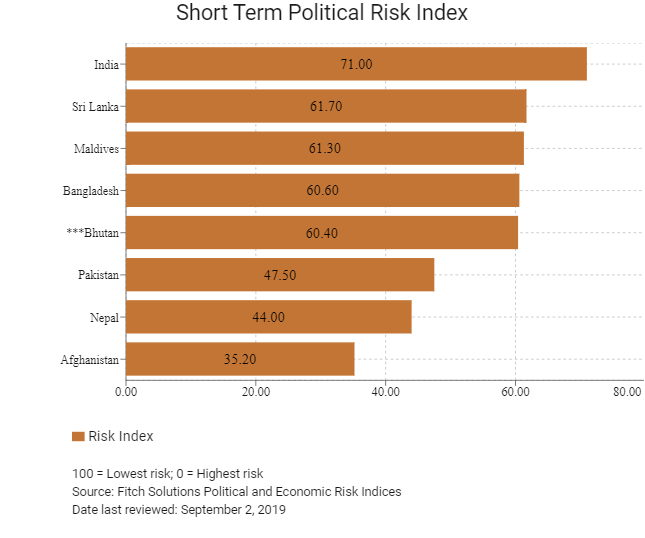 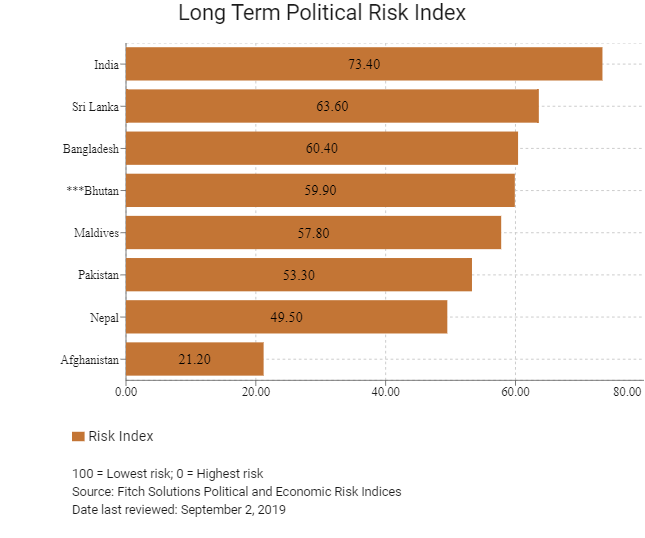 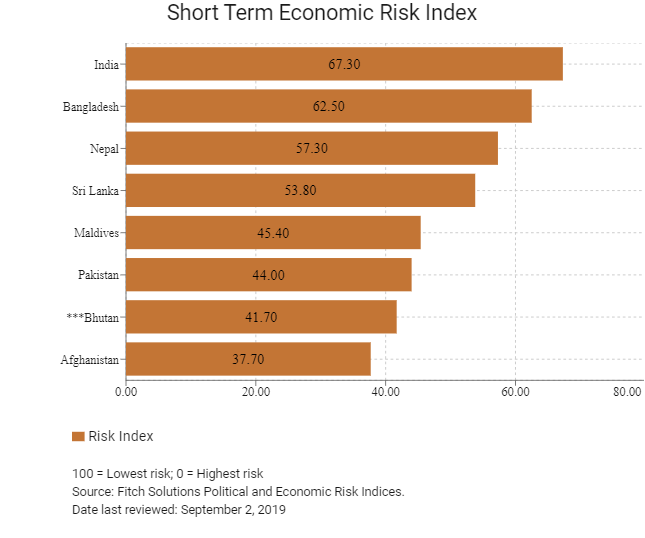 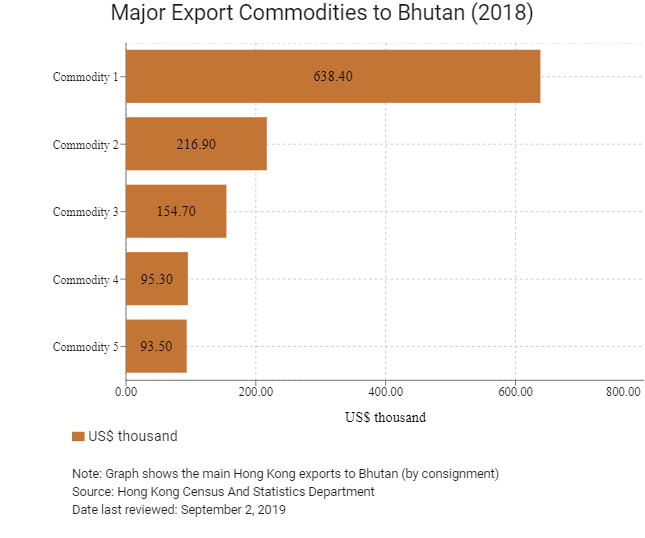 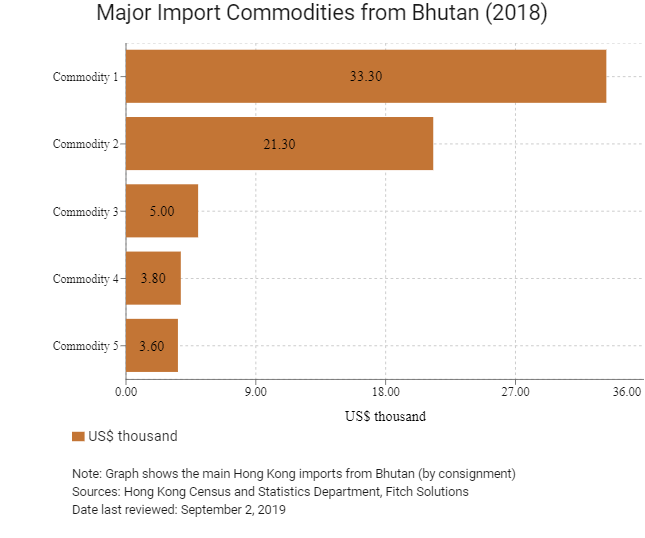 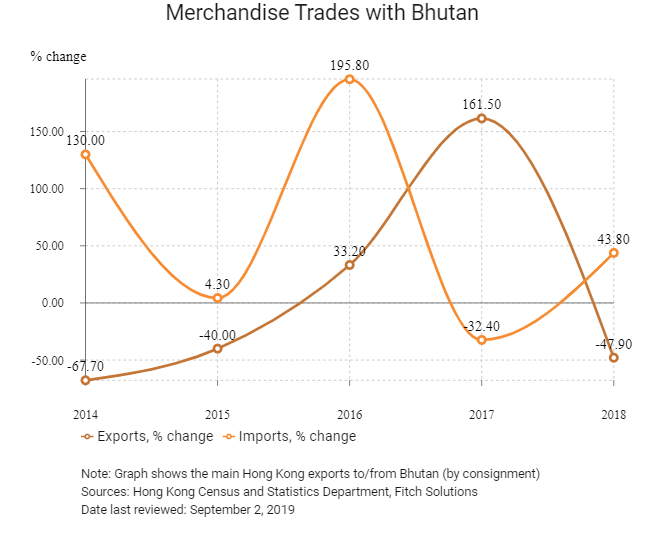 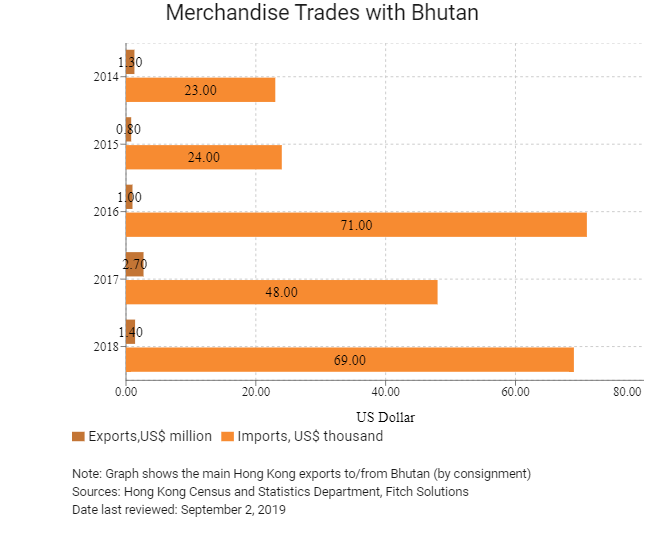 Hong Kong residents must obtain a visa clearance prior to travel to Bhutan. Visas are processed through an online system by a licensed Bhutanese tour operator directly or through a foreign travel agent.