Afghanistan's economic recovery remains weighed down by a range of structural factors, including continued insecurity and political instability as well as stalling improvements in private investment and consumer demand. The agricultural sector has recorded strong production of fruit and vegetables in recent quarters, but unfavourable weather conditions have negatively affected wheat production; the service and industry sectors have also seen tepid growth in recent years. In the near term, progress with a negotiated peace settlement with the Taliban could have a significant positive impact on investment confidence, providing some upside for a political transition. In the long term sustained economic growth requires structural economic transformation and improved governance. Afghanistan holds significant deposits of minerals and hydrocarbons, and extractive industries are thus a major area of potential growth.

United States diplomat Zalmay Khalilzad held talks with the Taliban in Doha, Qatar. The round concluded in January 2019.

Parliamentary elections were held successfully, despite the ongoing campaign of violence by the Taliban. Presidential elections were scheduled for April 2019.

Talks, aimed at national reconciliation and ending the war in Afghanistan, began in Moscow between delegates from the Kabul government and a group representing the Taliban. Officials from a dozen other nations, including the United States also attended.

Afghan officials informed the UN Assistance Mission in Afghanistan that the elections due in April 2019 would have to be delayed by three months until July.

At the World Economic Forum in Davos, Afghanistan's Acting Minister of Finance and Chief Advisor on Infrastructure signed a memorandum of understanding with Germany's Siemens that declared that both sides would cooperate to develop and strengthen Afghanistan's energy infrastructure.

In his State of the Union address United States President Donald Trump stated that progress in negotiations with the Taliban would enable a reduction in United States troops and a renewed focus on counter-terrorism.

The Independent Election Commission (IEC) of Afghanistan announced a further delay in elections. The presidential elections were announced to take place on September 28, 2019.

The Untied States and the Taliban signed an agreement aimed at ending the war fought in Afghanistan.

On May 28 the government began a partial easing of the lockdown in Kabul and other major cities for workers but retained restrictions on movement and mass gatherings. To avoid further outbreak of coronavirus, the government announced new working hours for government and non-government organizations: two shifts following even and odd days of the week from 7am to 1 pm. Workers in the financial sector are exempt from the guideline. On May 17 Pakistan re-opened its Torkham and Chaman borders points with Afghanistan. 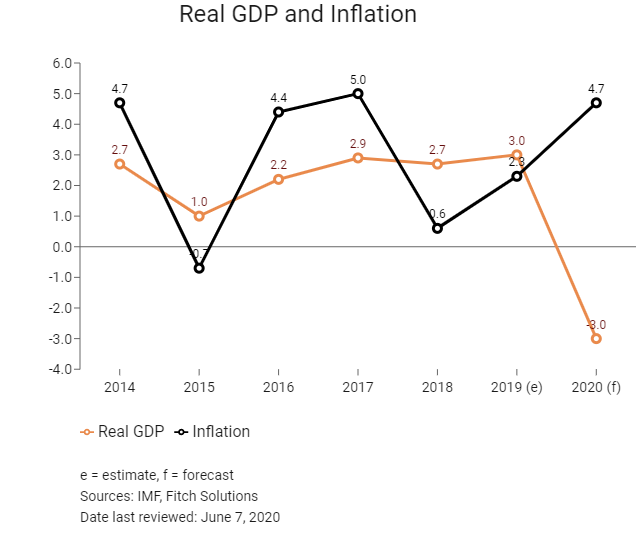 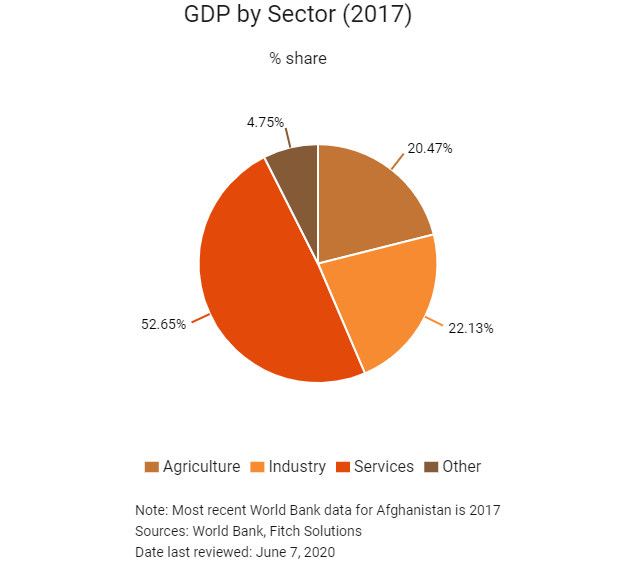 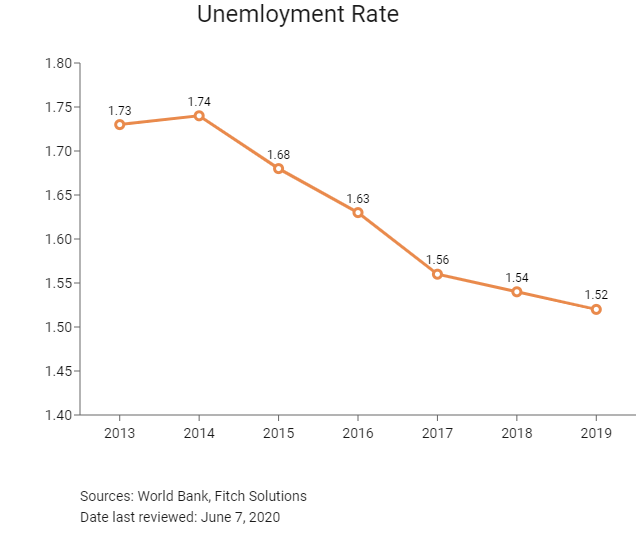 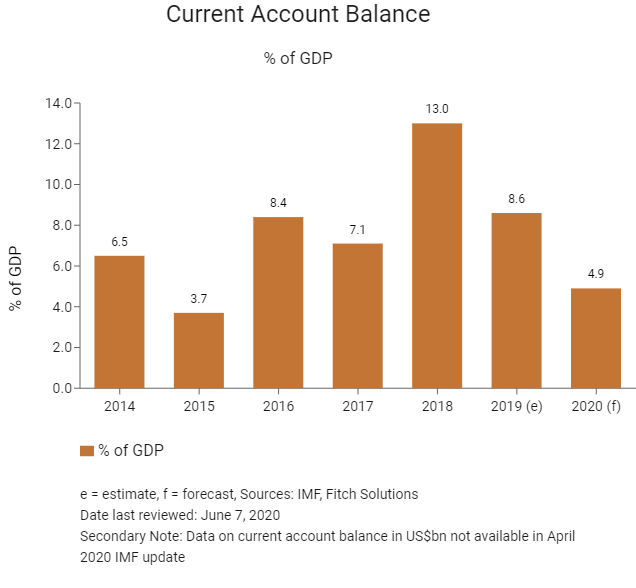 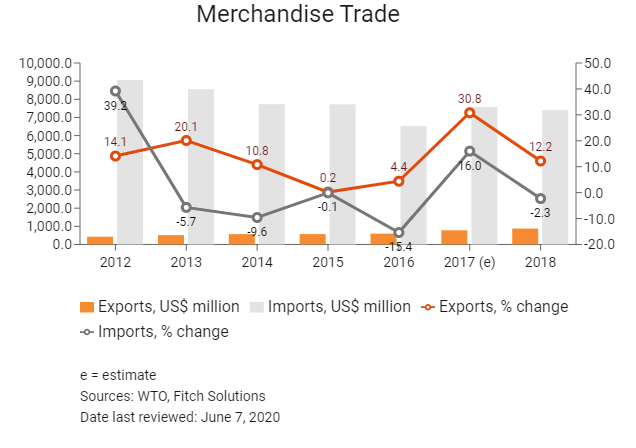 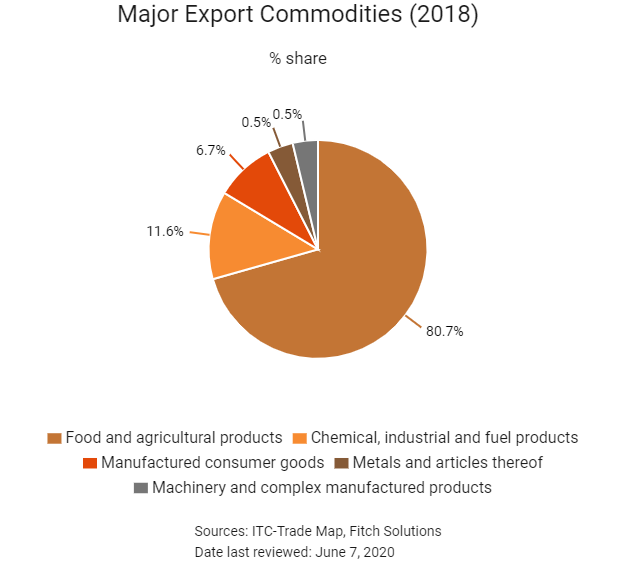 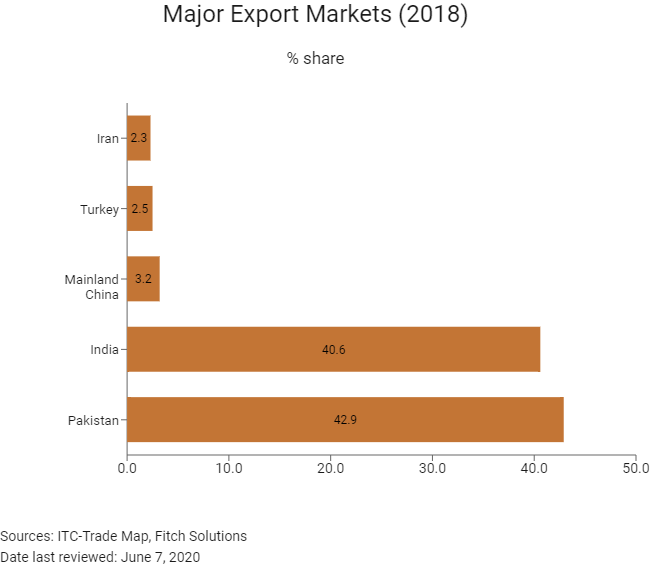 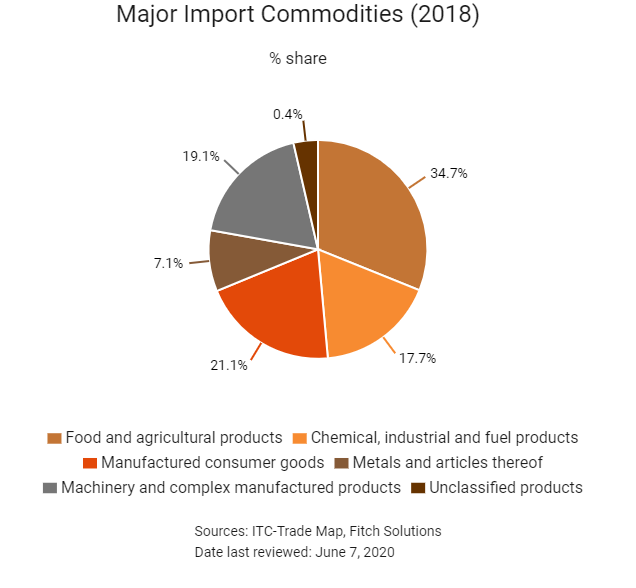 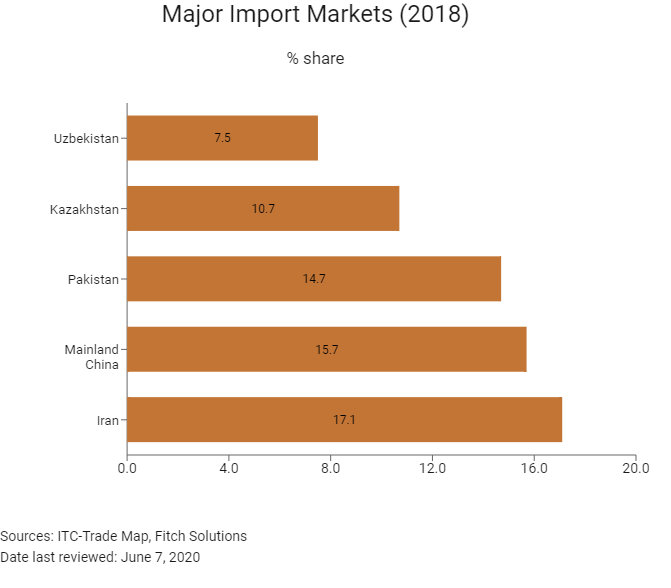 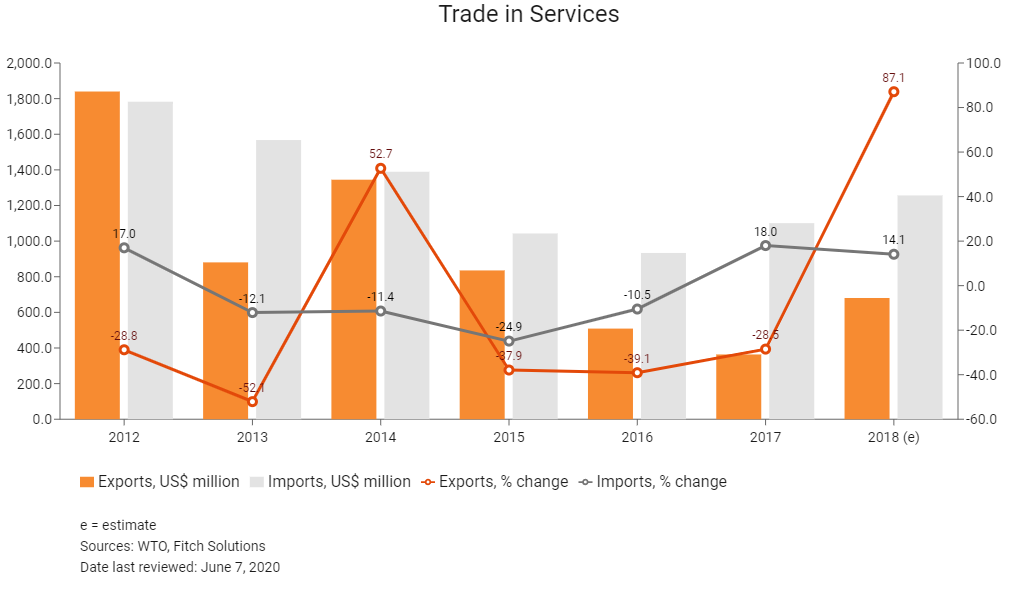 After the first air corridor between Afghanistan and Turkey was launched in May 2018, officials from the two states spoke about Afghanistan-Turkey trade ties and the importance of the new air corridor for mutual trade. Afghanistan's Minister of Commerce and Industries, Humayun Rasa stated that a new trade agreement will be signed between the two countries in the near future, which would increase Afghanistan's exports to Turkey.

Signed But Not Active

Economic Cooperation Organisation Trade Agreement (ECOTA): ECOTA is a trade agreement between Afghanistan, Azerbaijan, Iran, Kazakhstan, Kyrgyzstan, Pakistan, Tajikistan, Turkey, Turkmenistan and Uzbekistan that was signed on July 17, 2003. The agreement is not yet in force. 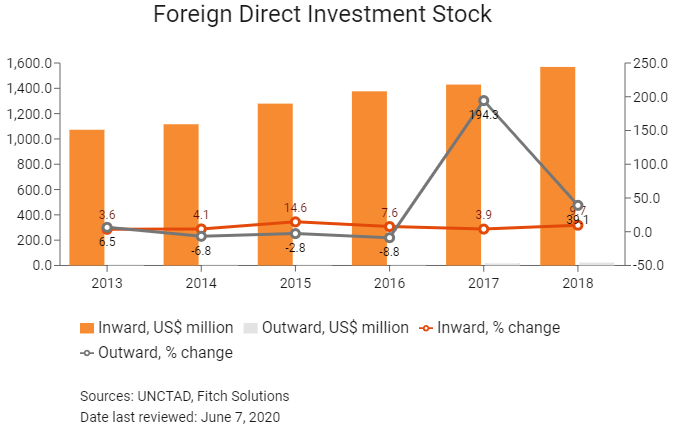 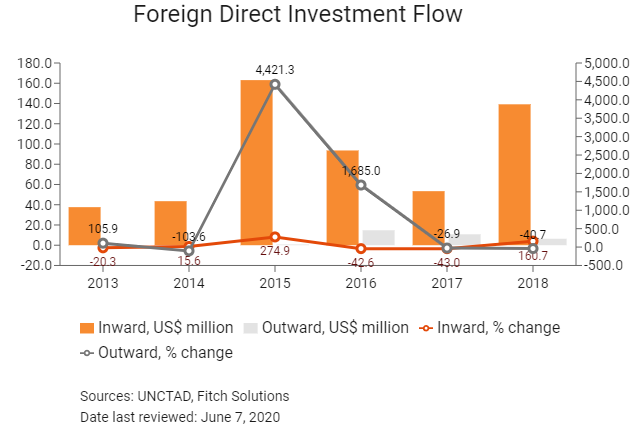 Afghanistan is committed to introducing policies and making administrative improvements that will increase domestic revenue. The WTO Agreement requires the government to eliminate fixed taxes on imports and implement value added tax (VAT) before January 1, 2021. A VAT rate of 10% is expected to yield an additional 1.9% of GDP.

The Foreigners Employment law in Afghanistan stipulates that foreigners can be employed on the basis of a work permit issued by the Ministry of Labour and Social Affairs. Work permits are issued for one year and are renewable. Foreign citizens travelling to Afghanistan for employment need to obtain business visas and work permits.

The employment of foreign workers is allowed, but a 2005 labour regulation requires that priority be given to equally qualified Afghan workers.

Citizens of all countries require a visa to visit Afghanistan. Exemptions apply to visitors born in Afghanistan or born to Afghan parents, as well as for holders of diplomatic or service passports of mainland China, India (diplomatic only), Indonesia, Iran, Tajikistan and Turkey for visits of up to 30 days.

Security is a concern for foreigners travelling to Afghanistan due to the threat from terrorism, armed conflict and kidnapping. It is advised that no foreigners travel to Afghanistan unless travel is essential (although essential travel is restricted to only a few areas, including Kabul). Owing to the ongoing conflict in Afghanistan, any foreign workers sent to the country will need high levels of security or protection as well as additional compensation. Foreign workers would need to be paid a danger pay of approximately 35% of their basic compensation as well as a hardship pay of 35% of their basic compensation on top of their normal wages or salaries.

The Covid-19 pandemic has hit the economy significantly in 2020 as trade and transportation have been disrupted and domestic activity has slowed sharply, upending the livelihood of thousands of Afghan families. Border closures and panic buying in Q220 led to a temporary spike in prices of some foodstuffs, which abated after private wholesalers boosted supply at the government’s request. Afghanistan's long-term economic risk is among the highest in the world, but slightly lower than other extremely troubled states, such as South Sudan, Yemen and Syria. The high risk reflects a high degree of volatility in economic growth and other key economic indicators, high inflation and unemployment, very wide fiscal and current account deficits (when foreign assistance is stripped out), and weak financial systems.

Afghanistan continues to face considerable challenges in rebuilding its economy following long periods of conflict, and the contracts it has signed with mainland China will go some way in providing support for the development of the country's infrastructure. However, the weak security outlook poses risks to foreign involvement in the country. 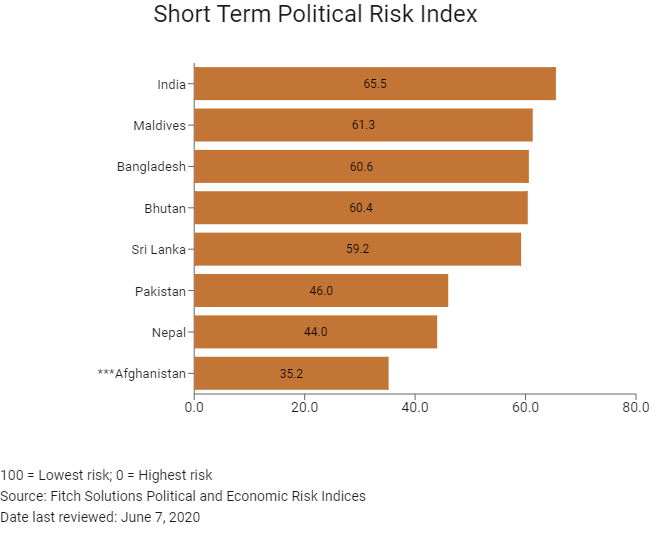 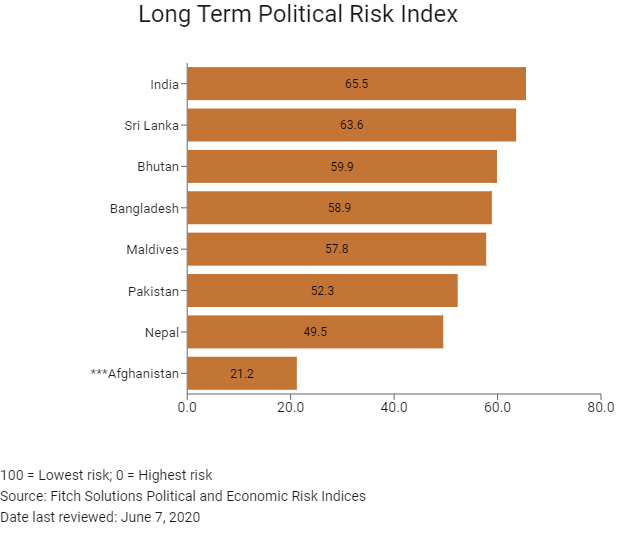 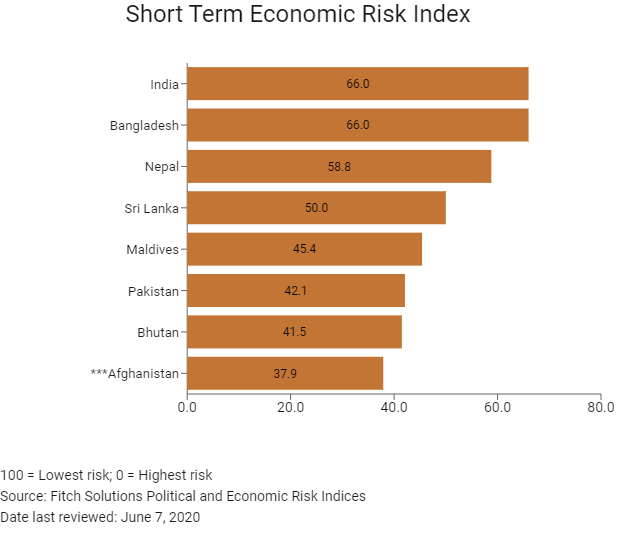 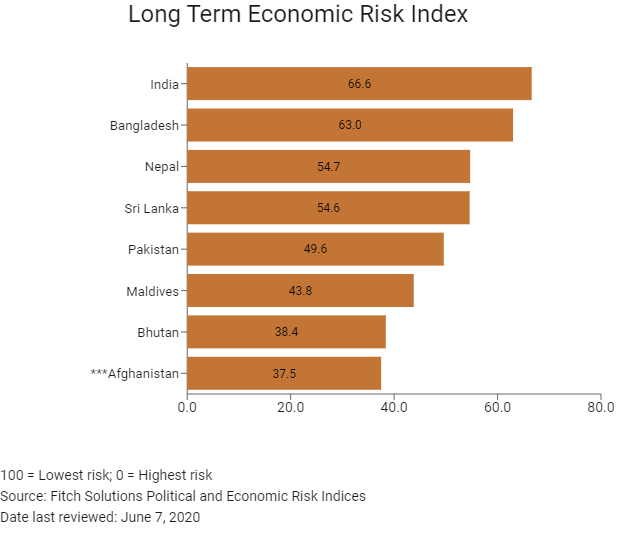 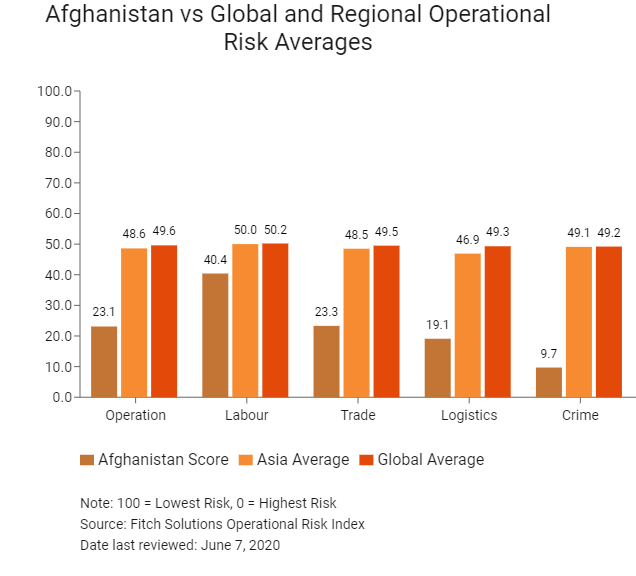 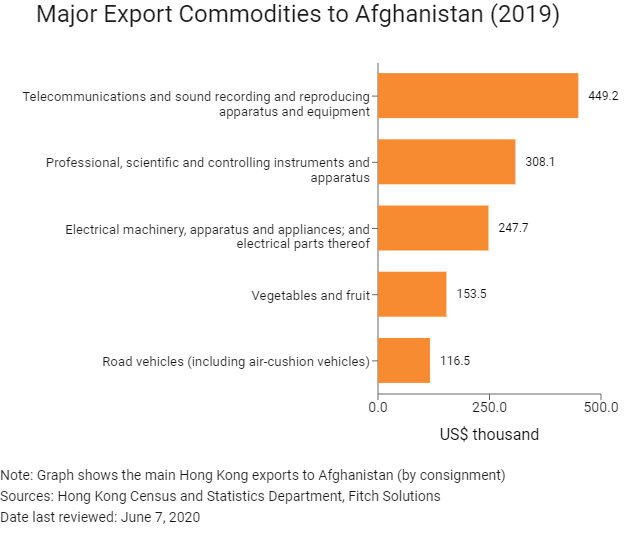 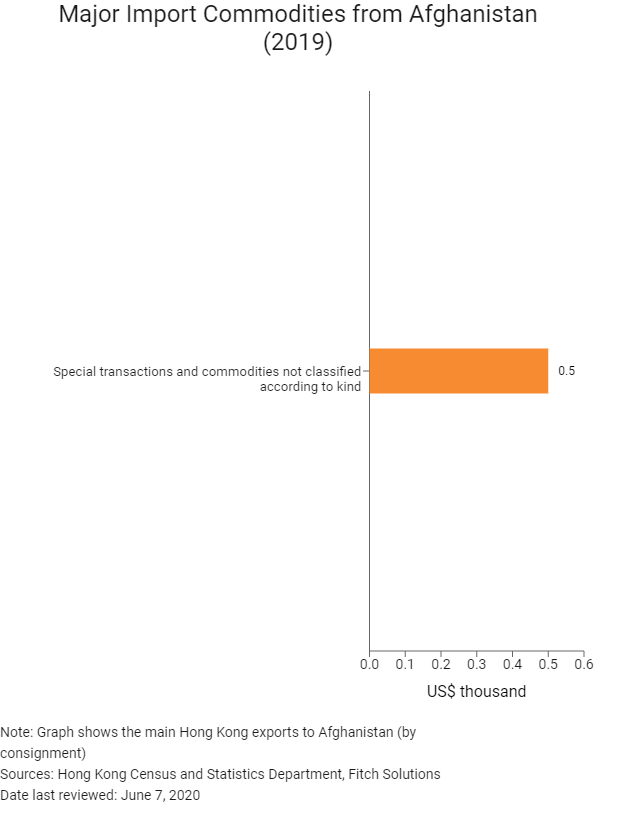 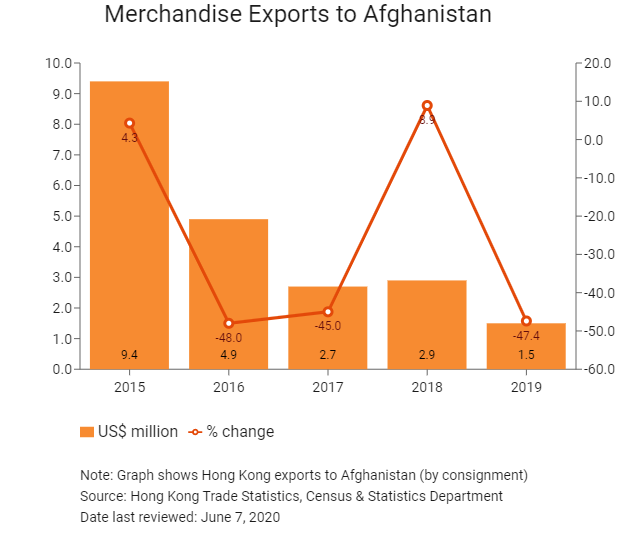 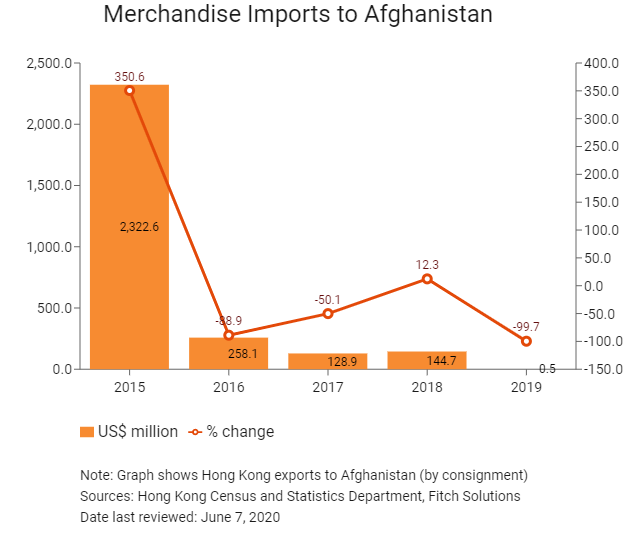 A visa is required for travel to Afghanistan for HKSAR passport holders. Application must be completed prior to travel.