Israel has a technologically advanced market economy that relies on imports of crude oil, grains, raw materials and military equipment. Recent natural gas discoveries off the coast of Israel have been a positive development for the country, which otherwise has limited natural resources. Israel has also intensively developed its agricultural and industrial sectors over the past two decades. Cut diamonds, high-tech equipment and agricultural products (fruits and vegetables) are the leading exports. Economic growth in the medium term will receive support from strong domestic demand, increased levels of fixed investment and an export rebound. Over the long term, Israel's trade deficit is likely to narrow noticeably as rising gas exports from the Leviathan field come online.

September 2016
The United States agreed on a military aid package worth USD38 billion over the next 10 years for Israel, the largest such deal in the United States history.

February 2017
The Knesset, the Israeli parliament, passed a law which retroactively legalised dozens of Jewish settlements built on private Palestinian land in the West Bank.

June 2017
Work began on the first new Jewish settlement in the West Bank in 25 years.

January 2019
The governments of Israel and Egypt held talks for the construction of a new underwater gas pipeline between the two countries. The pipeline would transport gas from Israel's offshore Leviathan and Tamar fields to existing liquefied natural gas plants in Egypt for processing and re-export. Construction on the new pipeline was expected to begin in 2020, subject to the materialisation of plans.

April 2019
Israel held legislative elections for the 120 seats in the Knesset. Incumbent Prime Minister Benjamin Netanyahu’s Likud party and the Blue and White party (comprised of the Israeli Resilience Party, the Yesh Atid party and the Telem party) each secured 35 seats in the legislature. Netanyahu’s potential Likud-led collation government was not approved by the Knesset, resulting in the body’s dissolution and in snap elections due to be held in September of 2019.

September 2019
Snap legislative elections were held in Israel on September 17, 2019 to elect the 120 members of the 22nd Knesset. Following the previous elections in April, incumbent Prime Minister Benjamin Netanyahu failed to form a governing coalition.

March 2020
Israel will hold its third consecutive round of Knesset elections on March 2, which will likely feature a similar field of candidates, with Prime Minister Netanyahu, affirmed as Likud party leader, leading the ruling right-wing bloc and Benny Gantz leading the opposition. 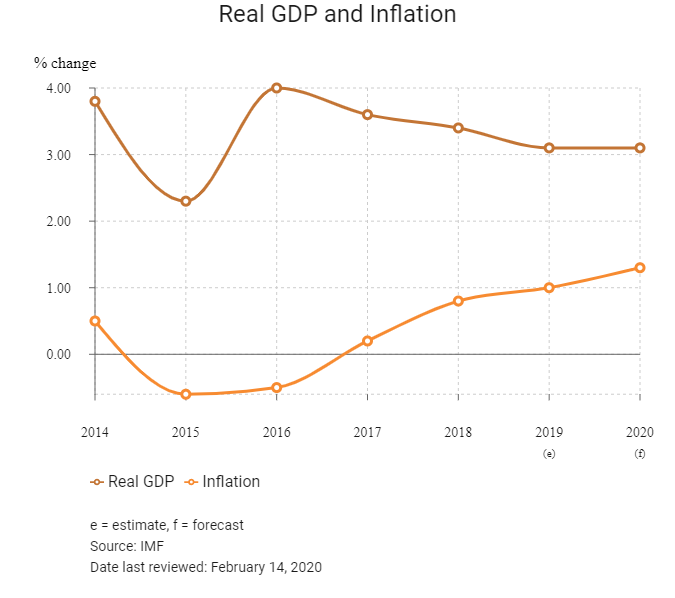 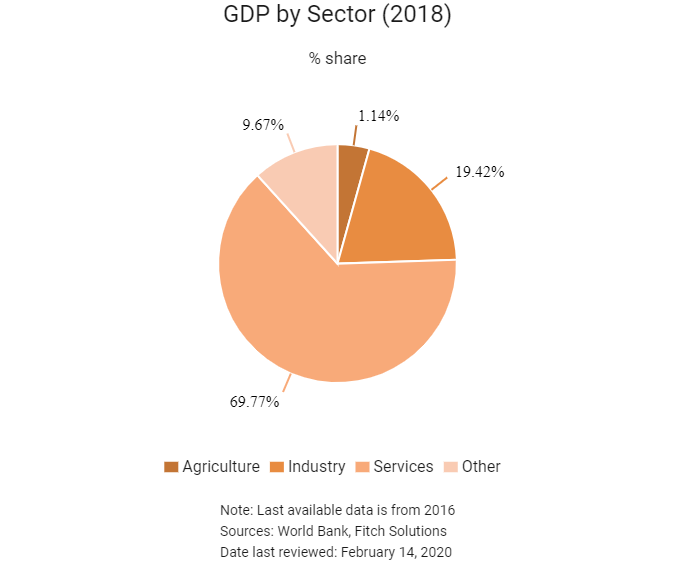 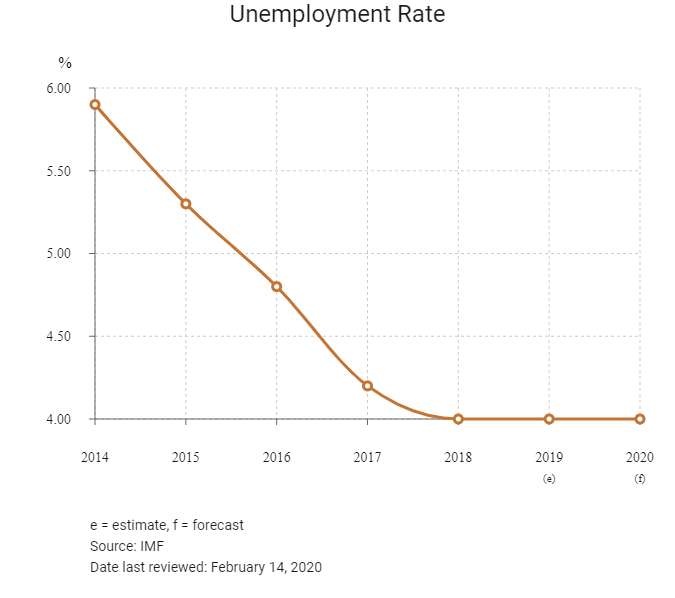 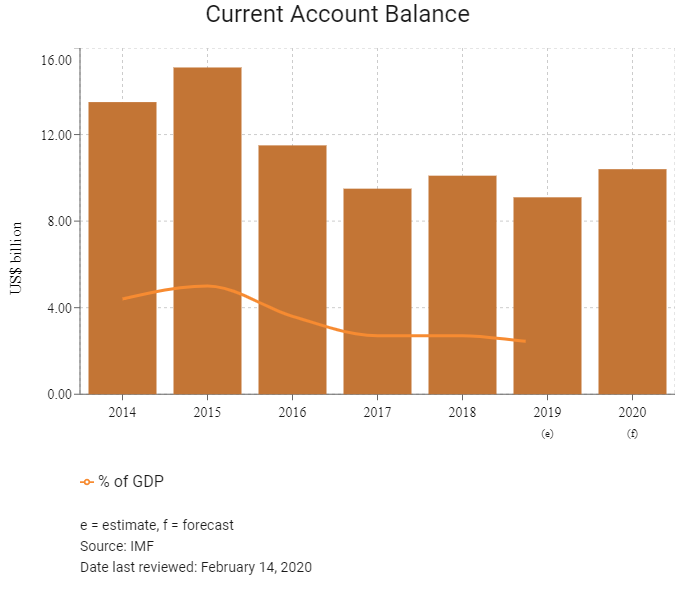 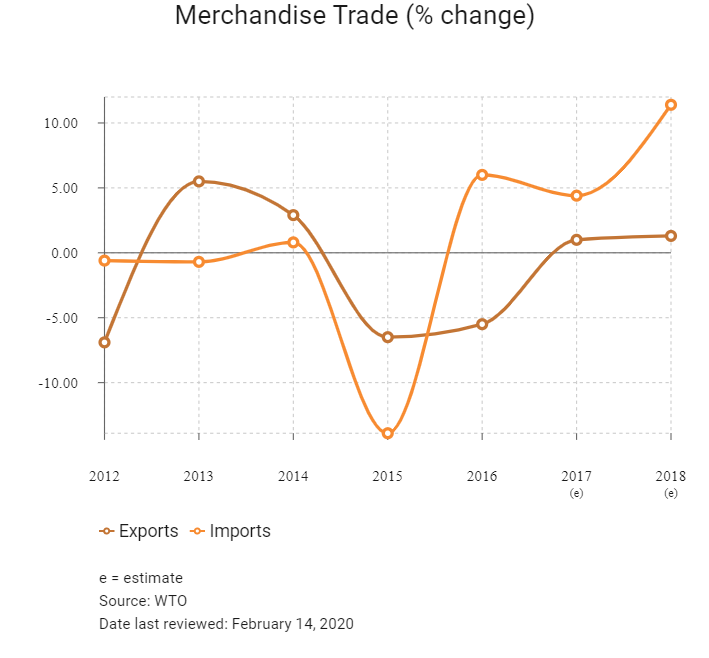 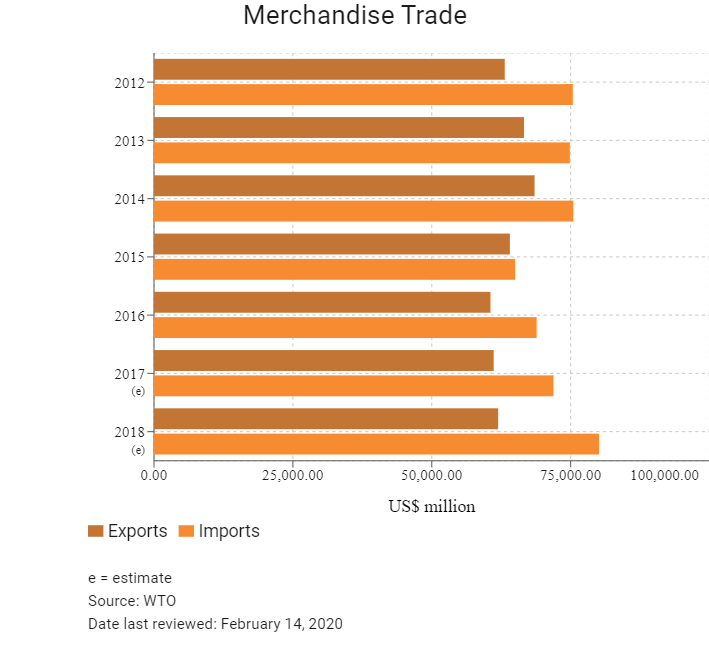 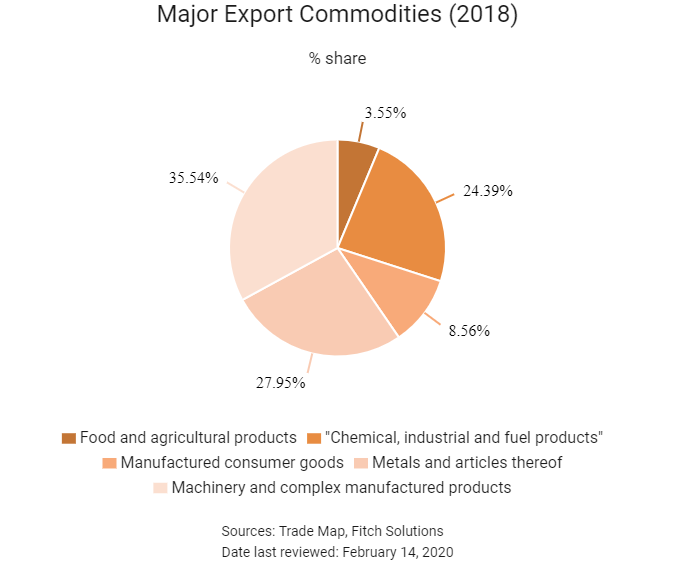 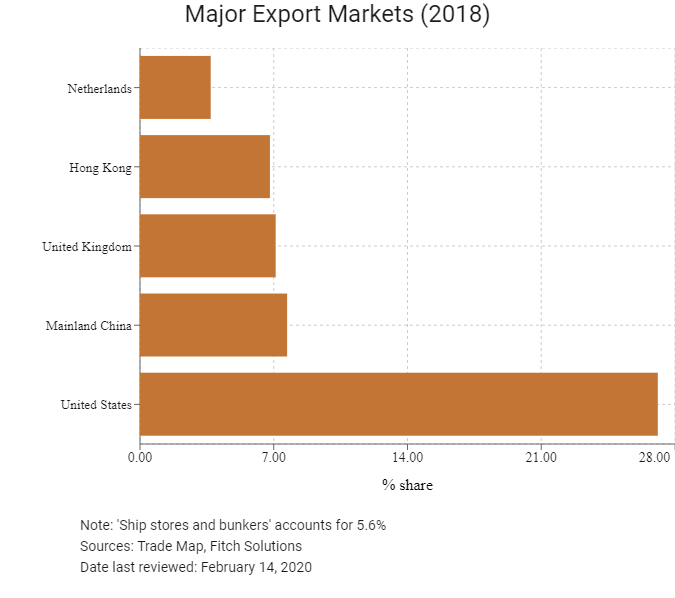 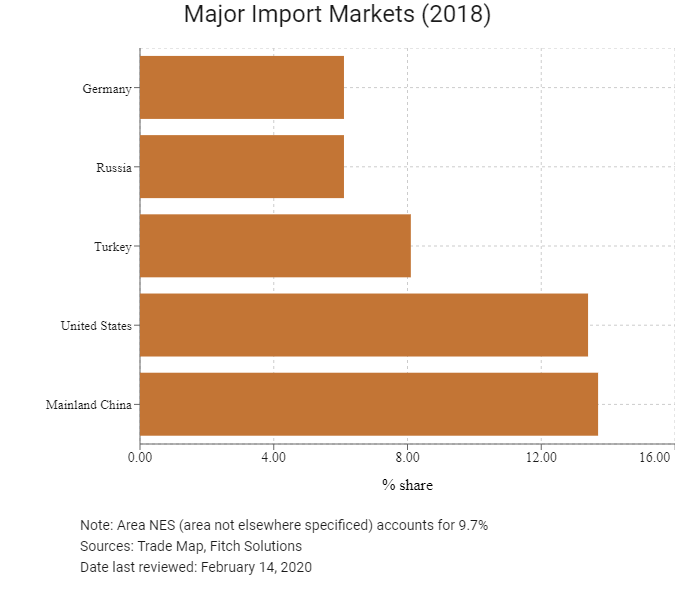 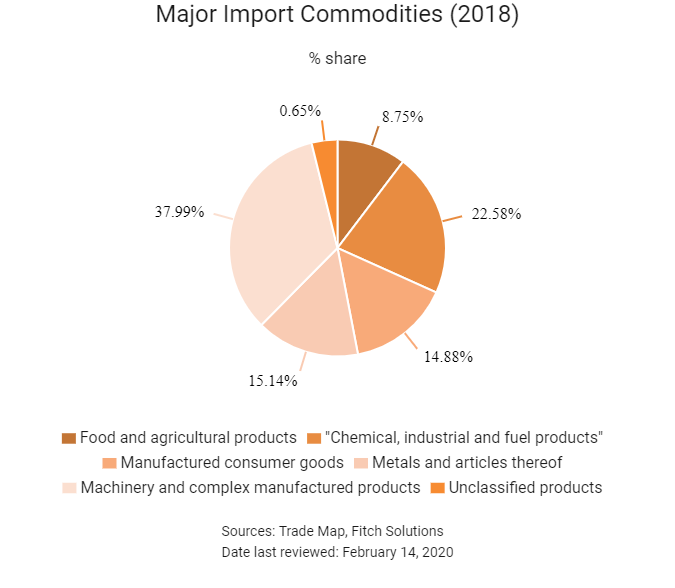 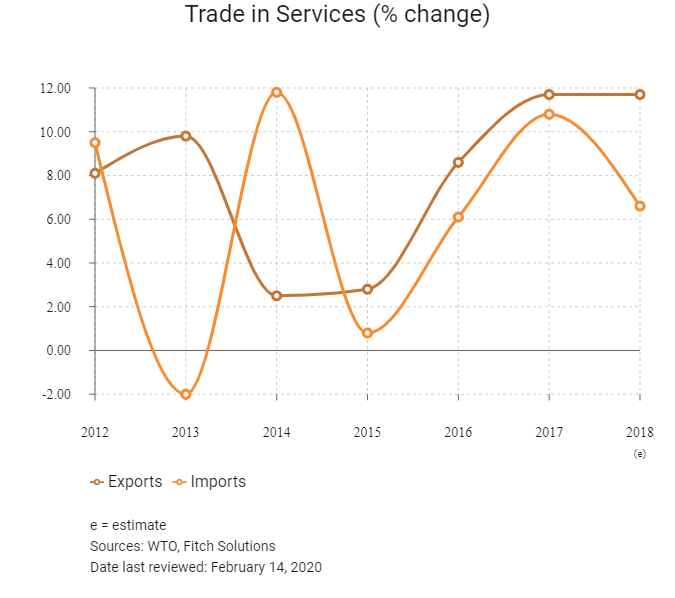 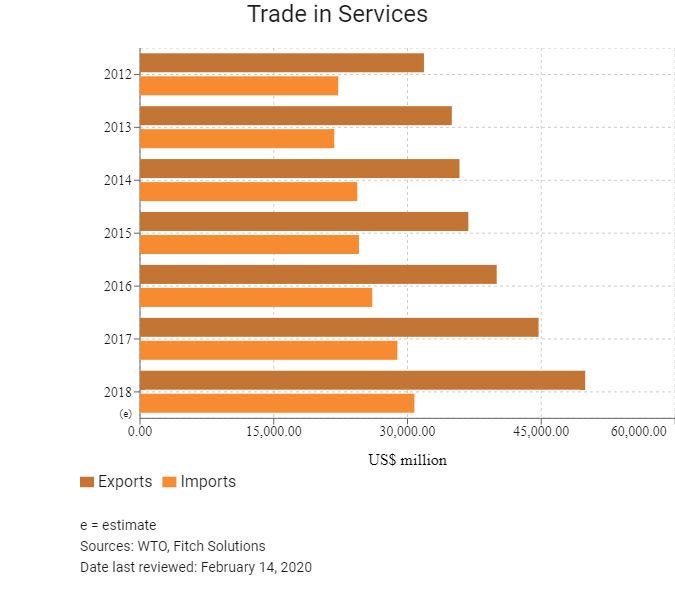 The Israeli government is pursuing an FTA with India. 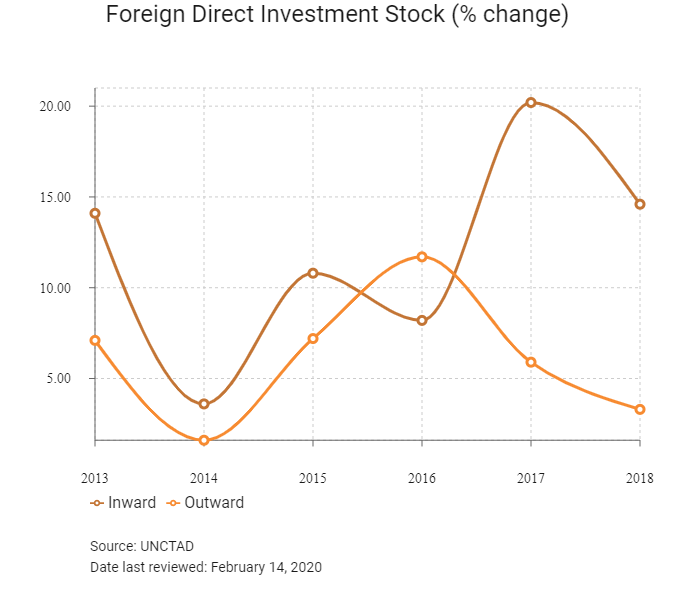 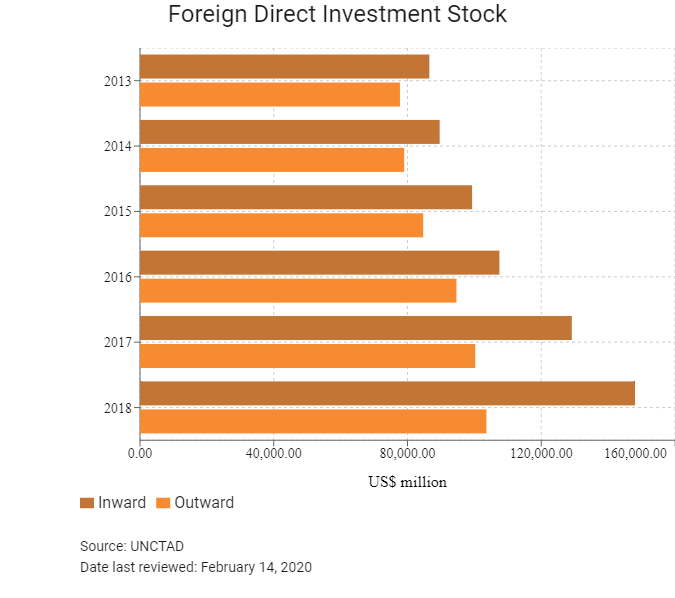 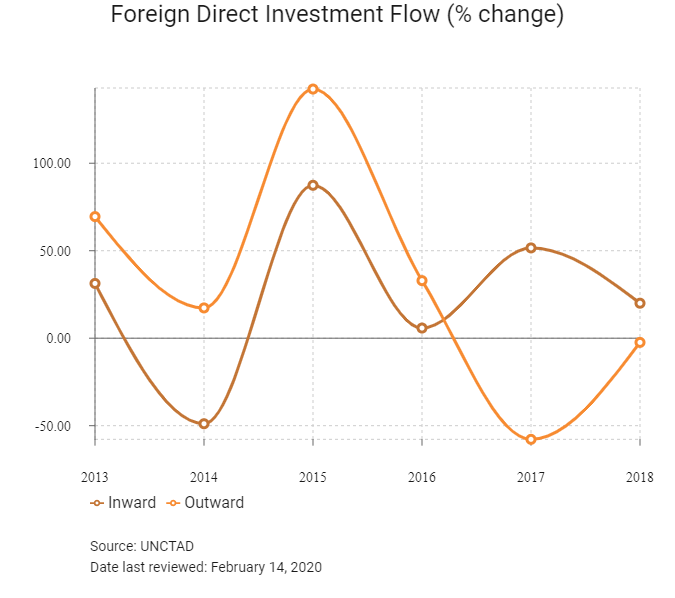 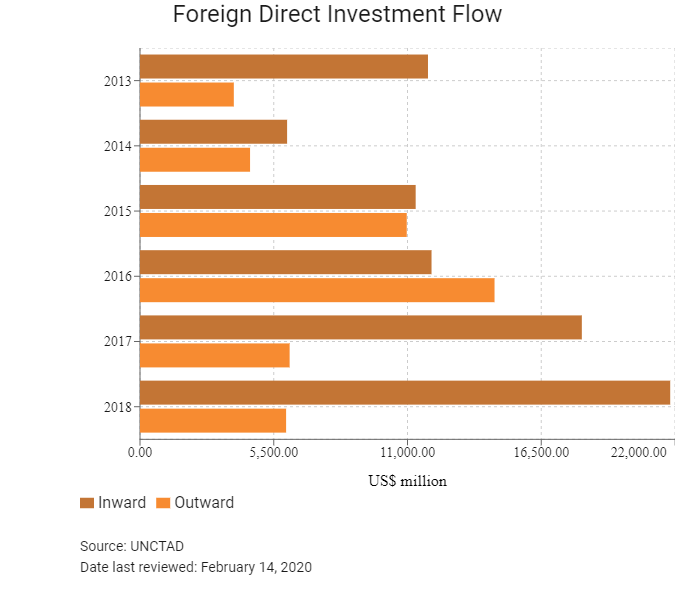 As of January 1, 2018, the standard corporate income tax rate was lowered from 24% to 23%, following another reduction in 2017 which had brought it down from 25%. This lower tax rate reduces operational costs for businesses and aims to encourage growth and competitiveness in Israeli industries. Nevertheless, the tax burden on businesses remains higher than that experienced in Gulf Cooperation Council states, where no corporate income tax is charged.

A notable risk to businesses in Israel that need to employ foreign staff is the difficulty of obtaining foreign worker visas. Although any Jewish person wanting to live and work in Israel is eligible to apply for a right of return visa, other foreign workers must apply for a B-1 visa and are subject to the provisions laid out by the ministry.

The candidate must be sponsored by a business and can only work for that organisation while domiciled in Israel. An applicant and his or her employer can apply for a work permit that will be valid for two years, one year, three months or 45 days. As part of the process, a candidate must first receive a recommendation from the Ministry of Interior to work in Israel. This requires convincing the ministry that the employee is an expert in their field, is earning more than twice the average salary in the market and that there is no available Israeli citizen who can perform the same task. The application process usually takes up to 90 days and the cost is USD2,925.

Most business travellers can enter Israel visa-free with a right to stay in the country for three months. Nationals of some Muslim-majority countries in the Middle East, North Africa and Asia require confirmation from the Israeli government before travel, but this should not cause major delays. Israel has visa exemption agreements with many jurisdictions. Tourist visa exemption applies to national and official passports only, and not to other travel documents. Citizens of some jurisdictions, including Hong Kong, are exempt from obtaining transit and class B-2 visas.

ECONOMIC RISK
In 2020, the Israeli economy should perform fairly well underpinned by a healthy labour market, population growth and gas exports from the new Leviathan field. Additionally, a lower tax burden and still-favourable financial conditions should support private consumption, while fixed investment levels remain healthy. However, weaker global trade volatile regional geopolitics and a large fiscal shortfall pose downside risks. The export sector in Israel makes up around a third of the economy such that a further strengthening of the shekel could impact the country's economic output significantly.

OPERATIONAL RISK
Israel possesses many qualities which make it an attractive destination for investment, particularly among its direct neighbours in the Middle East. The country's open market, few investment restrictions, well-educated labour force and developed logistics network create the necessary conditions for private enterprises to thrive. The primary concern for investors is the security situation, which poses risks to the safety of personnel and assets, but the development of a comprehensive defence apparatus has made Israel one of the more secure countries in the Middle East. 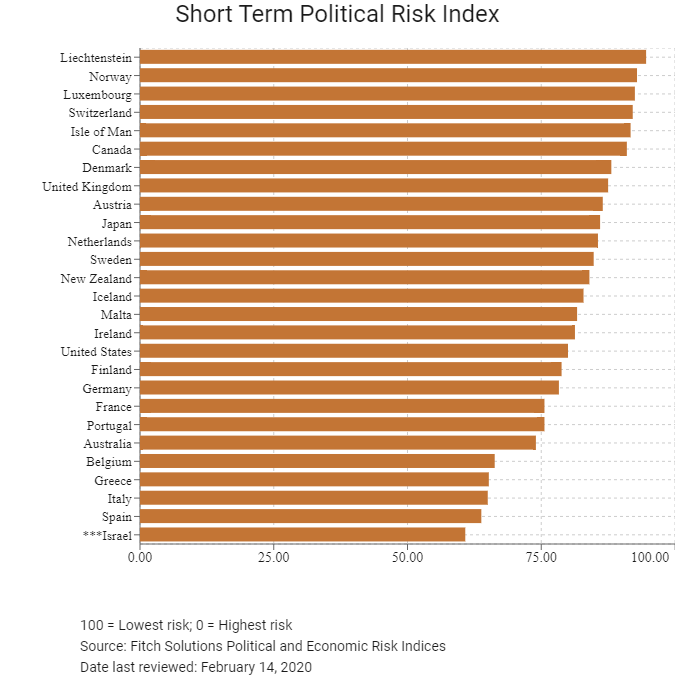 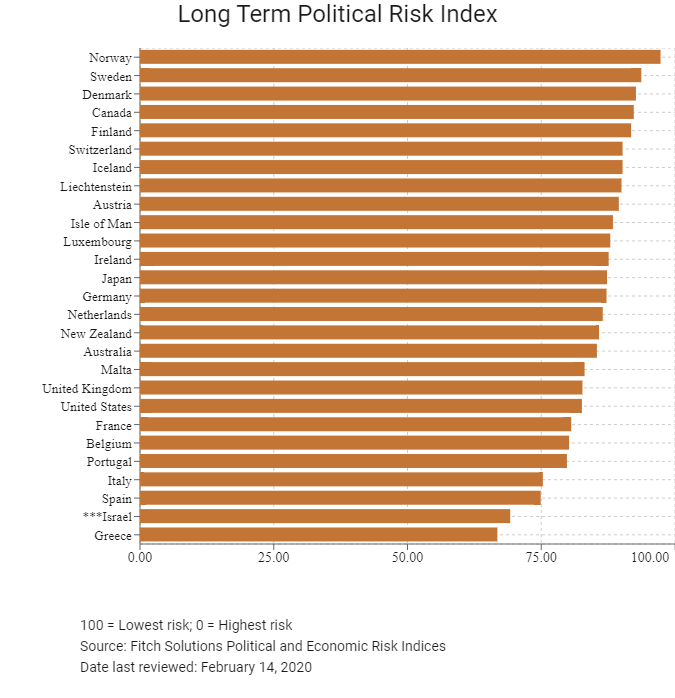 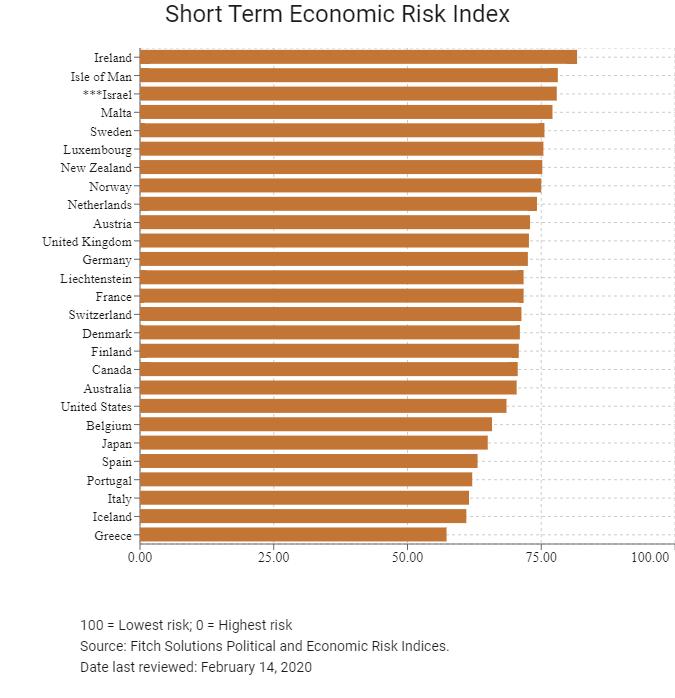 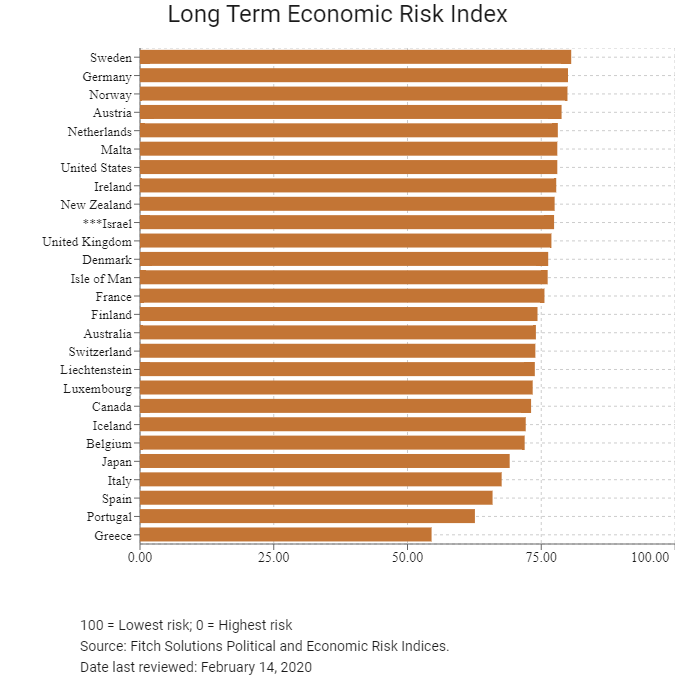 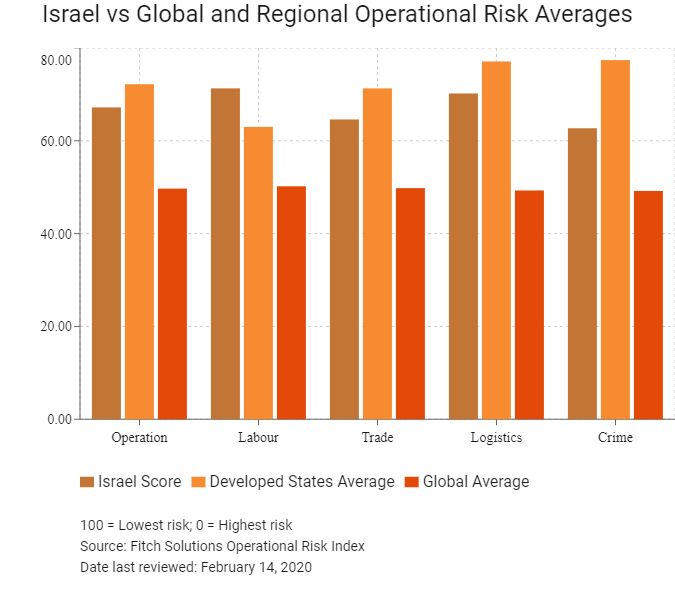 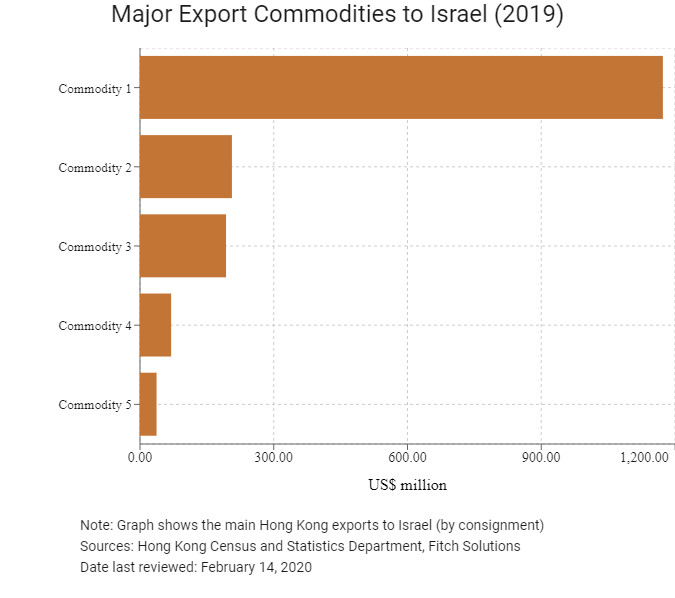 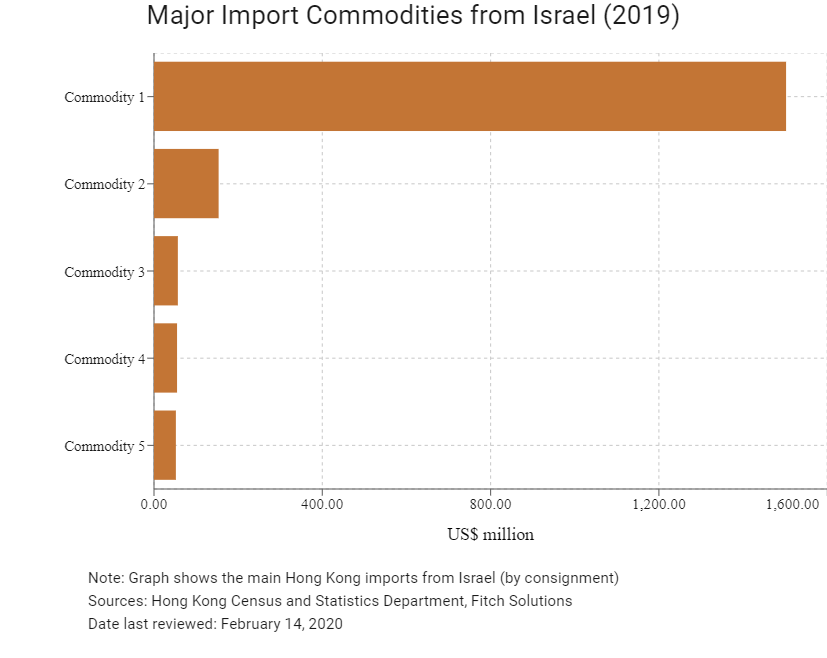 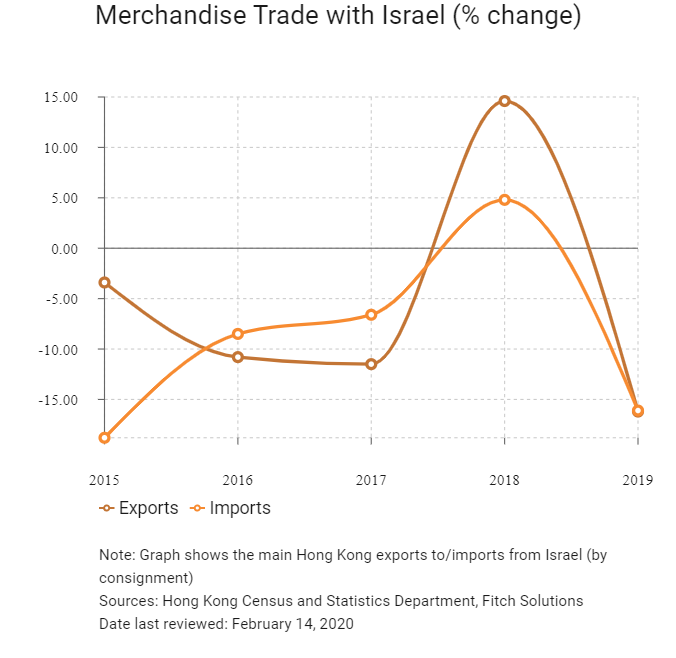 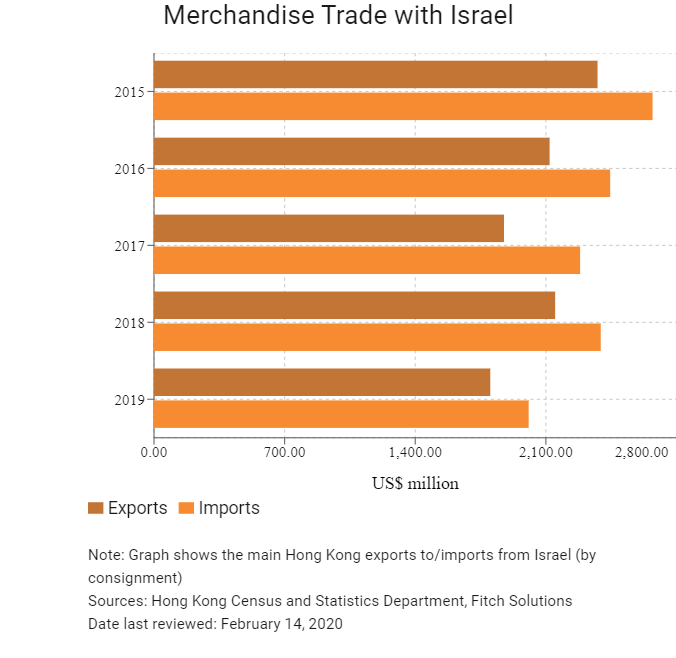 Treaties and agreements between Hong Kong and Israel

HKSAR passport holders travelling to Israel have visa-free access or visa-on-arrival for a duration of stay of up to three months.