The World Bank classifies Bulgaria's economy as an upper middle-income economy. As a member of the European Union (EU), Bulgaria has well-developed macroeconomic policies and is one of the most financially stable economies in Central and Eastern Europe. Thanks to the Bulgarian lev's peg to the euro, the country's monetary policy will continue to mirror that of the European Central Bank. Bulgarian households will remain the driving force of the economy, accounting for around 60% of GDP over the next five years. Private consumption growth will be supported by rising employment and relatively strong real wage growth. In recent years Bulgaria has been an increasingly attractive destination for outsourcing of businesses in a number of sectors, such as the pharmaceutical industry and the communications sector. However, over the long-term greater structural reform will be needed in order to arrest stagnating productivity growth.

March 2019
Bulgaria opened the process of inviting investors for its stalled nuclear power plant in the town of Belene on the Danube River border with Romania.

October 2019
After 12 years of monitoring under the European Commission’s (EC) Cooperation and Verification Mechanism (CVM), which assesses a country’s efforts to reform its judiciary, fight against corruption and organised crime, the EC’s CVM report, issued on October 22, concluded that Bulgaria has made sufficient progress in meeting its commitments regarding the mechanism. That said, monitoring of the CVM will only formally cease after the European Parliament and the Council have given the EC their consent to end the mechanism, likely by the end of 2019.

November 2019
State-owned National Railway Infrastructure Company (NRIC) signed a BGN498.8 million (USD280.6 million) contract with a consortium for the modernisation of the Elin Pelin-Vakarel railway section in Bulgaria. The 20km section will have a 6.8km long tunnel, and a new railway station will be built at Elin Pelin and Pobit Kamuk. The scope of the work includes a new contact network and new systems and facilities for external power supply and the lighting of station areas. It will also include road overpasses and underpasses, eight bridges, drainage facilities, new signalling and telecommunication systems, and the construction of new surveillance systems. Dzhen-Duy Railway Elin Pelin consortium, comprising Turkey-based companies Duygu Muhendislik Insaat and Cengiz Holdings, will be undertaking the works. The section is part of the Modernisation of the Sofia-Plovdiv Railway Line Project and is being co-financed by the Cohesion Fund under the Transport and Transport Infrastructure 2014-2020 Programme. Works at the Elin Pelin-Vakarel section are expected to be completed in 72 months.

December 2019
The Government of Bulgaria approved BGN483 million (USD275.7 million) for the Ministry of Regional Development and Public Works' 2019 budget to support the design and construction of the last section of the Hemus motorway. The motorway links Sofia with the Black Sea port of Varna. To be built by Avtomagistrali, the 88.9 km last section starts near the Hemus motorway junction with road I-5 near Veliko Tarnovo in north-central Bulgaria and runs east to the Buhovtsi-Belokopitovo section, which wass under construction. The funding is part of the total BGN1.4billion (USD787.7 million) earmarked for the section, which is expected to be executed in three sections by 2022.

March 2020
A memorandum of understanding was signed between the governments of Bulgaria and Greece to expedite construction of a EUR3.7 billion (USD4.1 billion) railway project connecting the two European countries. The two countries proposed setting up a joint committee, which together with EU authorities would be responsible for the feasibility study, financing and execution of the project. The double-track electrified line will start from Thessaloniki in Greece and pass through Kavala, Alexandroupolis, Burgas and Varna to reach the Bulgarian city of Ruse.

April 2020
The EC temporary eliminated the VAT on imports and import duty on goods in response to the Covid-19 outbreak.

April 2020
In response to the Covid-19 pandemic, key tax and spending measures were implemented under the revised 2020 budget. These include coverage of 60% of the wages of the employees in affected sectors that would have been otherwise laid off, including the social security contributions due by the employers (over 1.2% of 2019 GDP); deferment of the payment of corporate taxes until June 30 (about 0.5% of 2019 GDP); additional remunerations in the ministries of health, interior and defence (0.4% of 2019 GDP); possibility for registered unemployed to sign labour contracts with agriculture producers without losing their unemployment benefits; bonus payments to medical and social services staff and expansion of social patronage services; support for various vulnerable groups, such as freelancers in the area of culture, one-off transfers to parents forced to be on unpaid leave during the state of emergency; and VAT reduction for restaurant services (until the end of 2021) and books (permanently) to 9% (from 20%).

April 2020
The Bulgarian National Bank implemented some measures in response to the Covid-19 pandemic. These included, among others, an increase in liquidity of the banking system by BGN7 billion (6% of 2019 GDP) by reducing foreign exposures of commercial banks; an agreement on a moratorium on bank loan payments for up to six months (but not later than the end of 2020); a capital increase of state-owned Bulgarian Development Bank by BGN700 million (0.6% of 2019 GDP), of which BGN500 million is to be used for the issuance of portfolio guarantees to commercial banks for the extension of corporate loans with the remaining BGN200 million to provide interest-free loans to employees on unpaid leave (up to BGN4,500); the allocation of BGN1 billion to state-owned company The Fund of Funds to provide subsidies to micro enterprises, the self-employed, entrepreneurs from vulnerable groups, and eligible small- and medium-sized enterprises (SMEs) and companies; the allocation of BGN800 million to a joint initiative organisation between the European Investment Fund and the EC to provide guarantee/credit to SMEs; and the allocation of BGN418 million to Urban Development Funds, managed by Fund of Funds, for long-term investment and working capital targeting municipalities, public-private partnerships and businesses hit by the crisis, including tourism and transport. 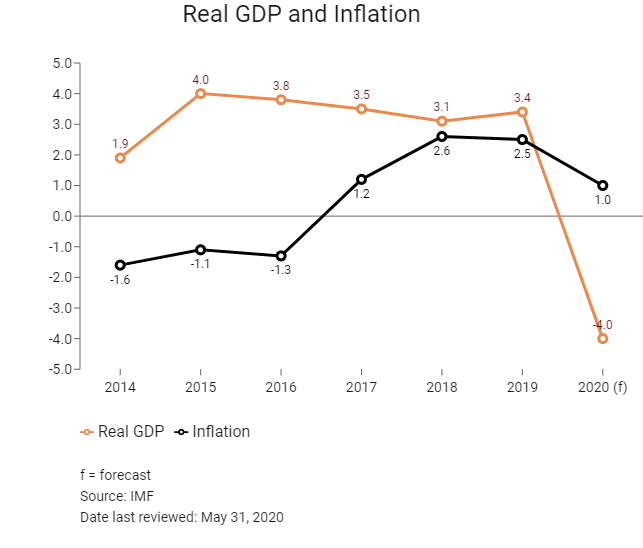 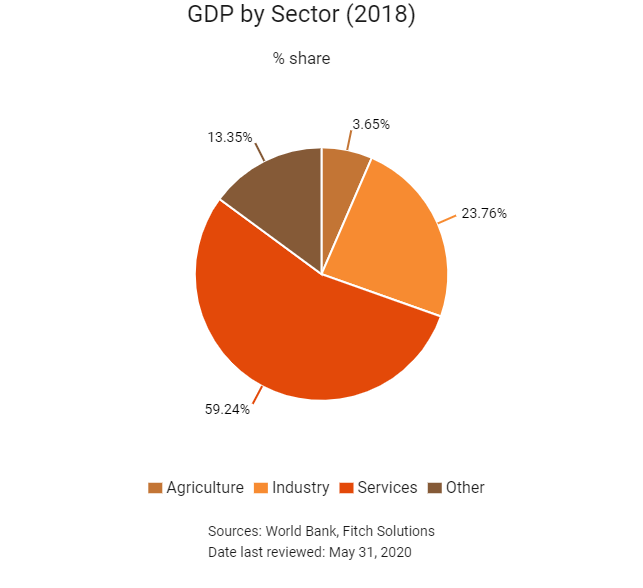 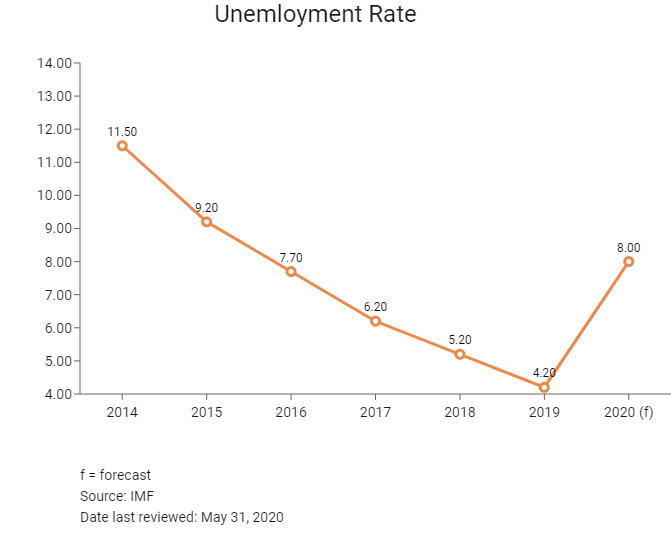 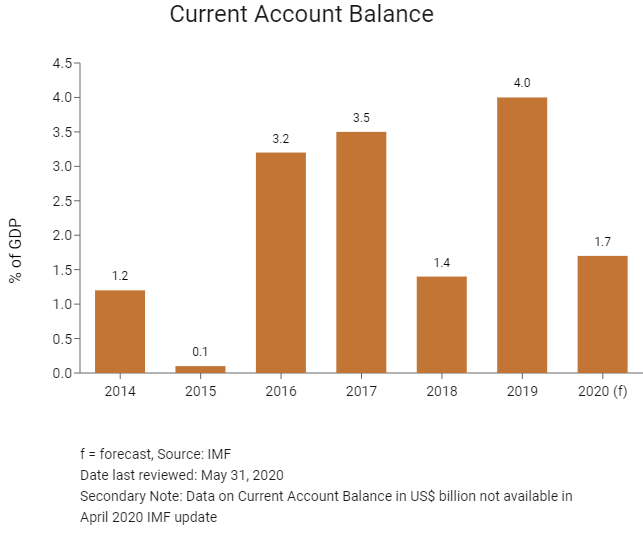 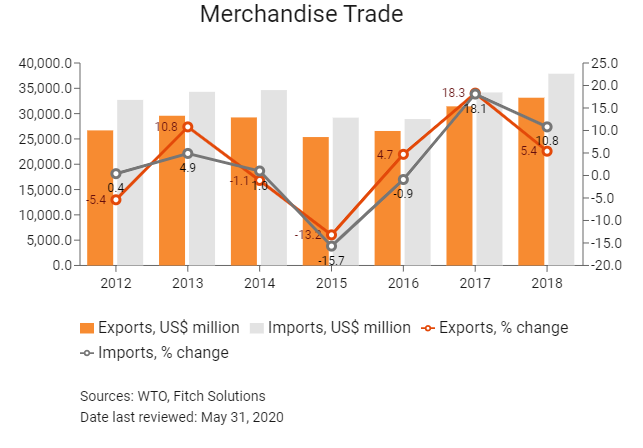 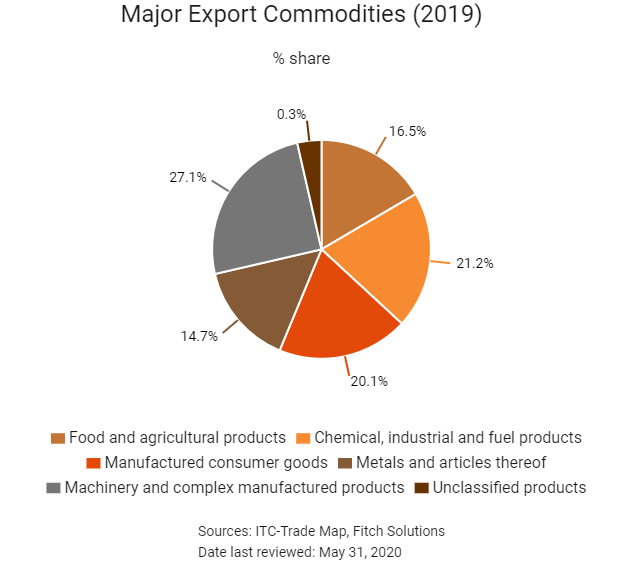 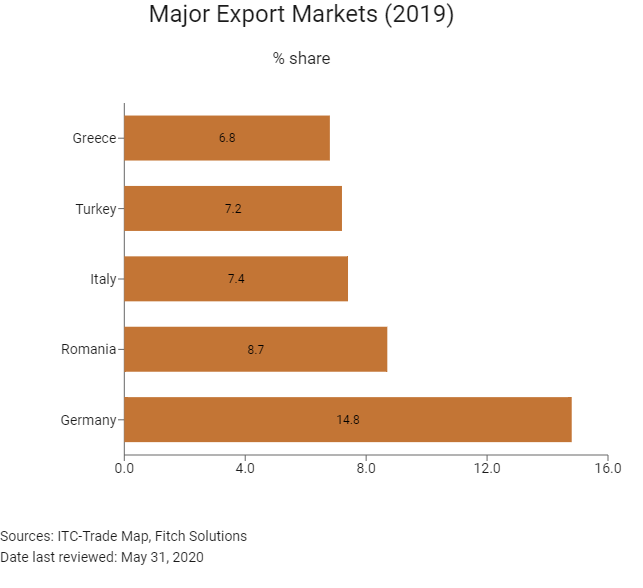 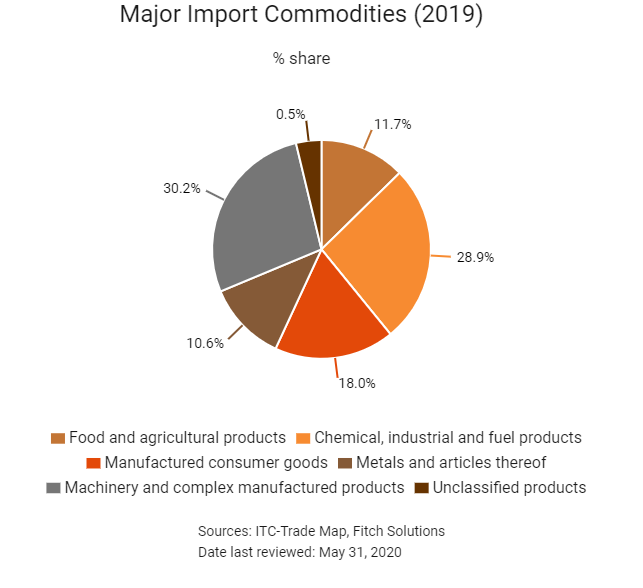 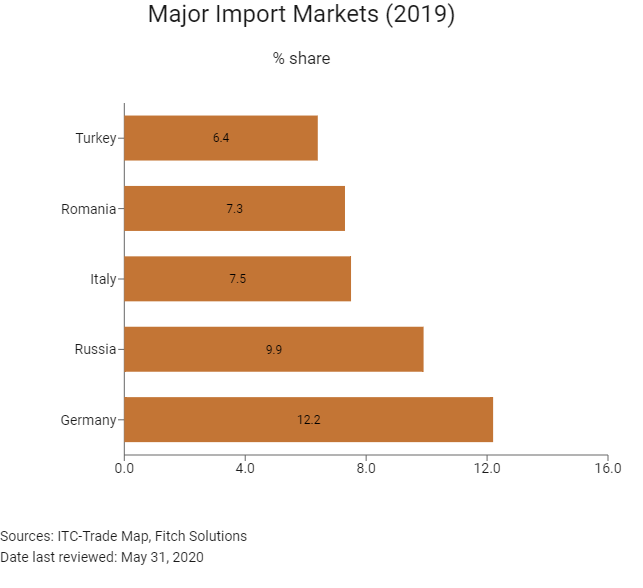 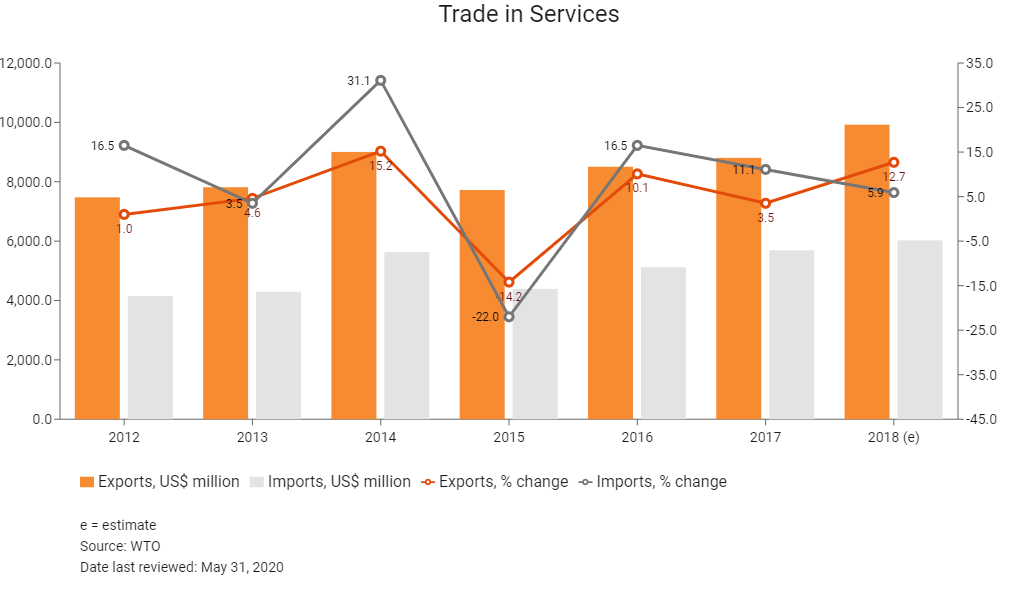 In September 2019,  Bulgaria temporarily backed off from its bid to join the EU's Schengen Agreement.

CETA: CETA is an agreement between the EU and Canada. CETA was signed in October 2016 and ratified by the Canadian House of Commons and the EU Parliament in February 2017. However, the agreement has not been ratified by every European state and has only provisionally entered into force. CETA is expected to strengthen trade ties between the two regions, having come into effect in October 2016. Some 98% of trade between Canada and the EU will be duty free under CETA. The agreement is expected to boost trade between partners by more than 20%. CETA also opens up government procurement. Canadian companies will be able to bid on opportunities at all levels of the EU government procurement market and vice versa. CETA means that Canadian provinces, territories and municipalities are opening their procurement to foreign entities for the first time, albeit with some limitations regarding energy utilities and public transport. The EU is Canada's second biggest trading partner after the United States, accounting for around10 % of its trade in goods with the world. 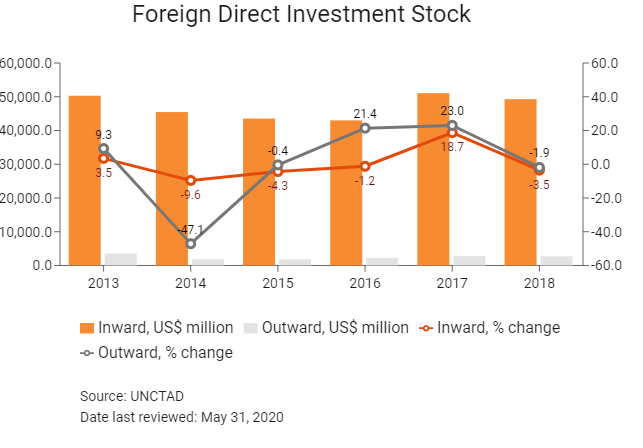 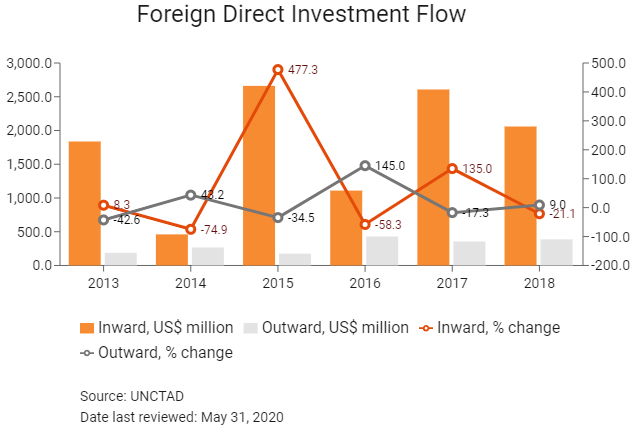 Foreigners may reside in Bulgaria for short-term periods (90 days from the date of entry), continuous stay (one year), long-term periods (with an initial authorised period of five years renewable) and permanently (for an indefinite period).

Foreigners can obtain continuous residence permits in the following circumstances:

Foreigners can obtain a work permit under the following conditions:

EU nationals, citizens of European Economic Area member states and citizens of Switzerland enjoy the right of free movement within the EU. They do not need to obtain a work permit or register with the National Employment Agency to work or engage in self-employment activities in Bulgaria. Individuals who do not enjoy preferential treatment who intend to work in the country under a local employment contract or under the terms of a secondment or intercorporate transfer must obtain a work permit from the National Employment Agency. The term of validity of the standard work permit is up to one year and should be renewed each year. In general, non-EU nationals may not reside in Bulgaria while their work permit application is being processed. Work permits are inexpensive, averaging around BGN600 and residence permits are around BGN500.

ECONOMIC RISK
As a member of the EU, Bulgaria has well-developed macroeconomic policies and is one of the most financially stable economies in the Central and Eastern region of Europe. Following a sustained period of deflation from 2013 to 2016, inflation returned to positive territory in 2017 but will remain relatively subdued in the coming years. With Bulgaria aiming to apply for membership with the European Exchange Rate Mechanism (ERM II), the adoption of the euro seems feasible after the obligatory two-year stay in the ERM. Apart from the necessary legal convergence, Bulgaria already fulfils all of the remaining eurozone convergence criteria. Bulgaria's current account surplus will continue to narrow over 2020 thanks to a strong outlook for the services account, driven by the sustained boom of the Bulgarian tourism industry. That said, economic growth could slow in 2020 as softer labour market dynamics will drag on consumer spending growth and also due to a less expansionary fiscal stance. That said, the economy should sustain a healthy pace of expansion in the years ahead, underpinned by robust investment activity.

OPERATIONAL RISK
Bulgaria remains a sound destination for investment in the South East Europe region owing to its foreign direct investment-oriented policies, access to EU trade and financial markets, streamlined and low cost trade procedures, and labour costs relative to other EU members. In addition, the country offers businesses access to an extensive road network, stable electricity supply, low cost fuel and high levels of internet penetration. That said, the quality of road and rail infrastructure lags behind its regional peers and the presence of organised criminal gangs and cybersecurity threats in the form of ATM skimming and hacking present pertinent risks to investors. 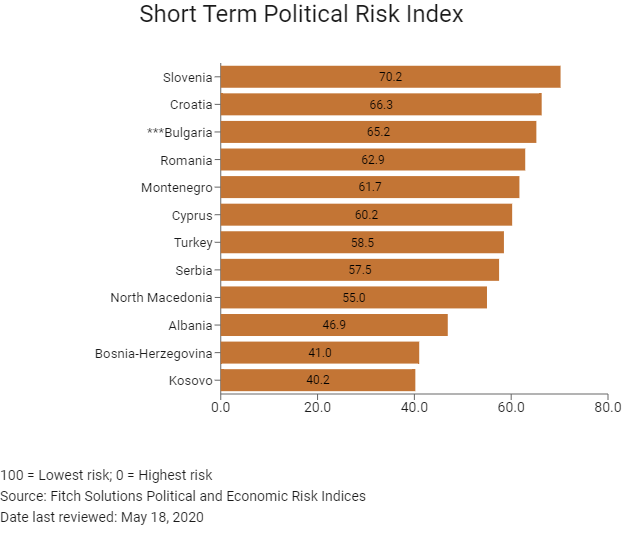 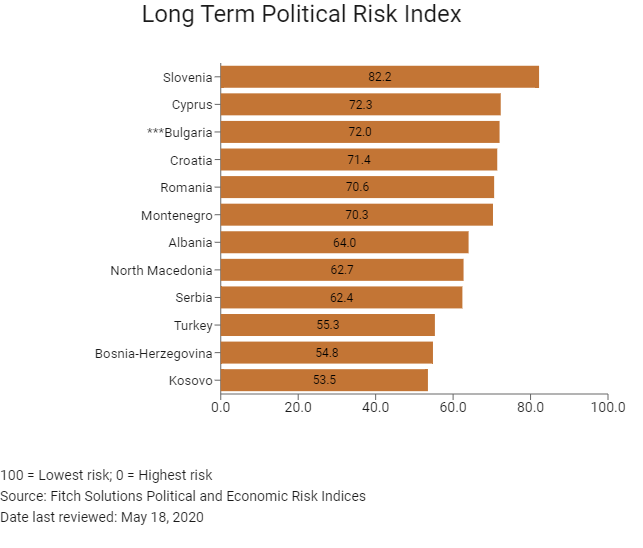 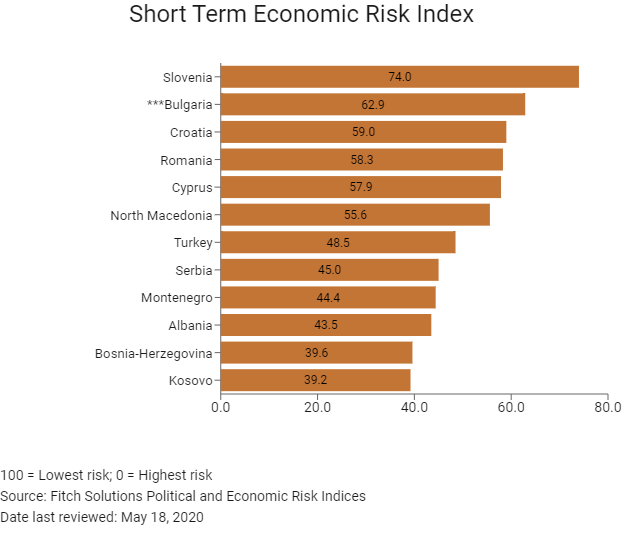 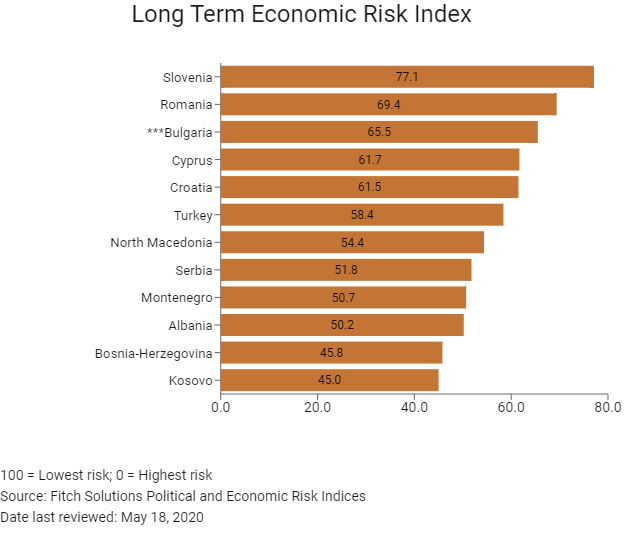 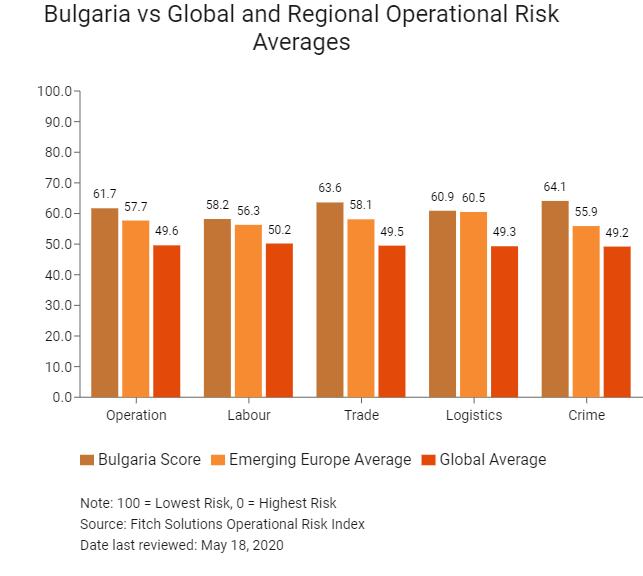 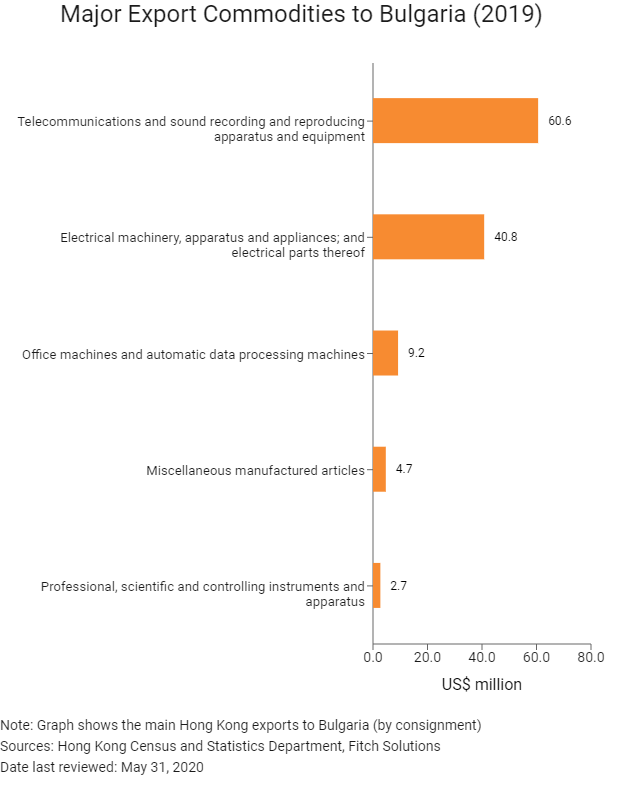 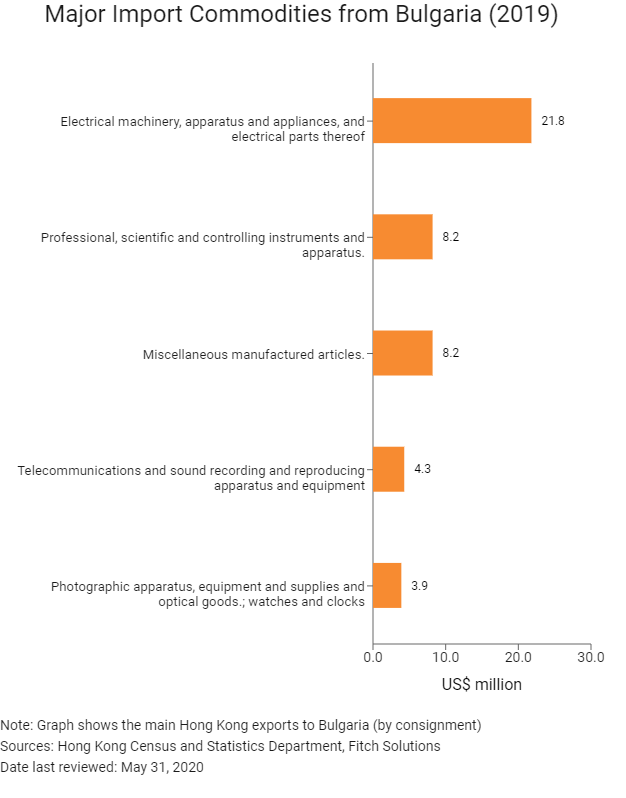 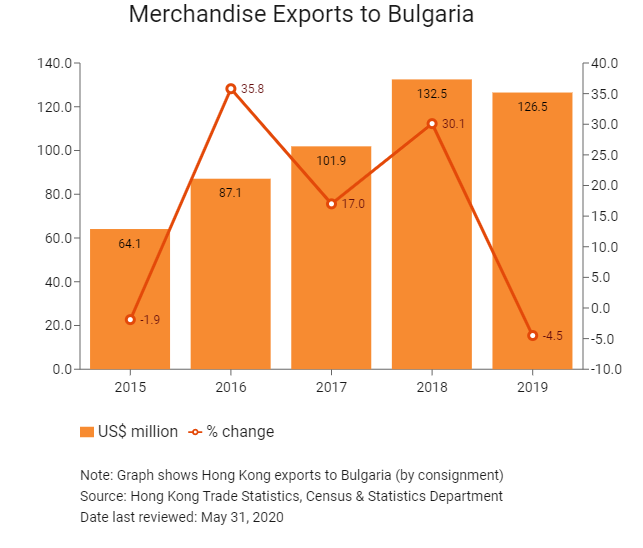 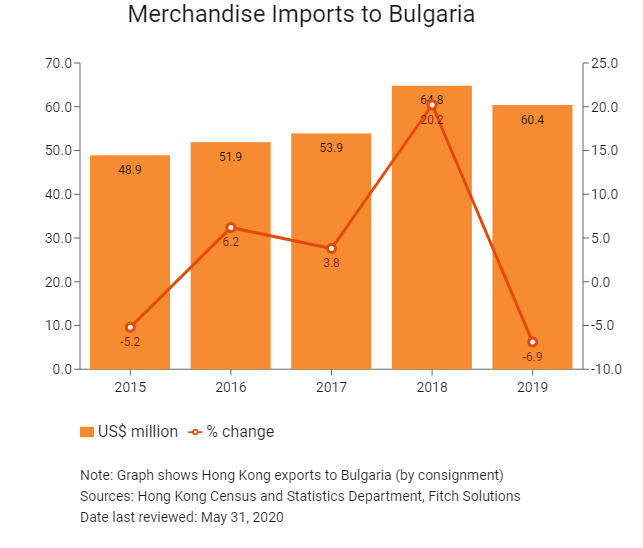 Treaties and Agreements between Hong Kong and Bulgaria

HKSAR passport holders do not need a visa to visit Bulgaria for a period of up to 90 days.