Angola is run by a multiparty regime, with its president as the chief of state. Its legal system is based on Portuguese civil law and customary law which has been modified to accommodate political pluralism and increased use of free markets. The administration of President João Lourenço has embraced reforms on several fronts to achieve macroeconomic stability and create a favourable environment for economic growth. After devaluing the currency, the government took further steps towards a more transparent and market-based foreign exchange market. Monetary policy remained tight and a substantial budget surplus was achieved in 2018. The new macroeconomic framework is being supported by a three-year International Monetary Fund Extended Financial Facility in the amount of USD3.7 billion. Internationally, Angola is becoming more assertive and demonstrating a more steadfast commitment to peace and stability in Africa, particularly in the Great Lakes region. However, the country continues to face internal development challenges, which include reducing its dependency on oil and diversifying the economy, rebuilding its infrastructure, and improving institutional capacity, public financial management systems and human development indicators.

August 2017
The ruling MPLA was confirmed as election winners. João Lourenço became president and began to implement reforms and ramped up anti-corruption efforts.

August 2017
Construction on the Caculo Cabaca Hydropower Project began in August 2017 and was slated for completion in 2024. The facility would produce an additional 2,170MW to add to Angola's electricity generation capacity.

March 2018
As of the end of March 2018, citizens from 61 countries could apply for a tourist visa valid for up to 30 days with a pre-visa system. Applicants applied for the pre-visa online and then would be granted the visa at Luanda Airport. These countries included the European Union (EU), Mainland China, Brazil, Canada, India, Indonesia, Israel, Japan, Russia, the United Arab Emirates and the United States.

May 2018
The Angolan government announced that it intended to, at least partially, privatise around 74 state-owned enterprises by 2021. These include Angola's ports, its national air carrier, Ensa (the state-owned insurance company), BCI Bank and Angola Telecom.

October 2019
The Government of Angola decided to retain Caioporto as concessionaire of the USD831.9 million Novo Porto do Caio project in the Cabinda province. In a decree on October 2, 2019, President João Lourenço decided to annul the commission created to negotiate the termination of the current concession contract, which was currently with Caioporto. The Angolan government would provide 85% of the project cost, with the remainder to be provided by the concession holder. The port project would be carried out in three phases by the China Road and Bridge Corporation. Phase one work included the construction of port infrastructure and a 1square kilometre cargo service area as well as a 775m long quay. The port would have a 1.13km berth, customs facilities, workshop warehouses and commercial establishments.

October 2019
In early October 2019, Angola's Ministry of Mineral Resources and Petroleum opened an international tender for the acquisition of rights to prospect and exploit diamond, iron and phosphate in five regions of the country. The diamond concessions are located in eastern Lunda Norte and Lunda Sul, while the iron is in northern Cuanza-Norte and phosphate in northern Cabinda and Zaire provinces. This opened up new business opportunities for investors in the extractive sector, which aided the country in its diversification efforts, making it more attractive to foreign investment.

March 2020
The central bank announced a cash injection of AOA100 billion (approximately USD186 million) for the purchase of government securities from non-financial corporations. In addition to this, the central bank extended liquidity support to banks, amounting to 0.5% of GDP. Further to this, the BNA expanded its credit-stimulus programme that allows banks to deduct from their reserve requirement obligations the amount of credit extended to selected sectors targeted by an ongoing import substitution or export promotion programme.

April 2020
The National Assembly approved a package of revenue and expenditure measures to fight the Covid-19 outbreak in the country and to minimise its negative economic impact. Additional healthcare spending to respond to the virus, estimated at USD40 million, was announced. Tax exemptions on humanitarian aid and donations and some delays on filing taxes for selected imports were granted. 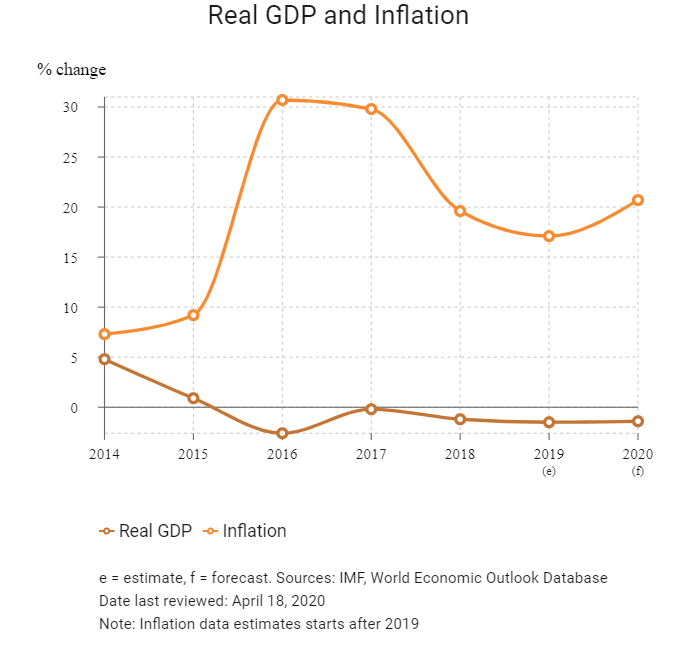 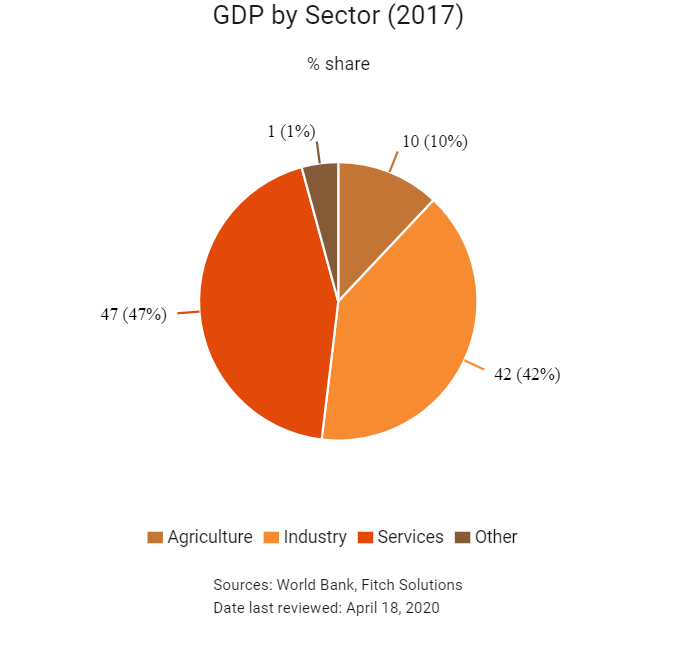 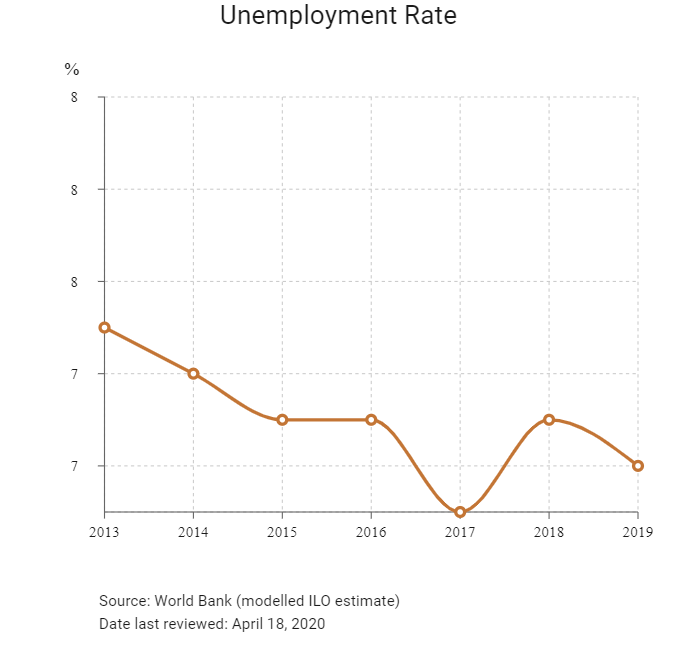 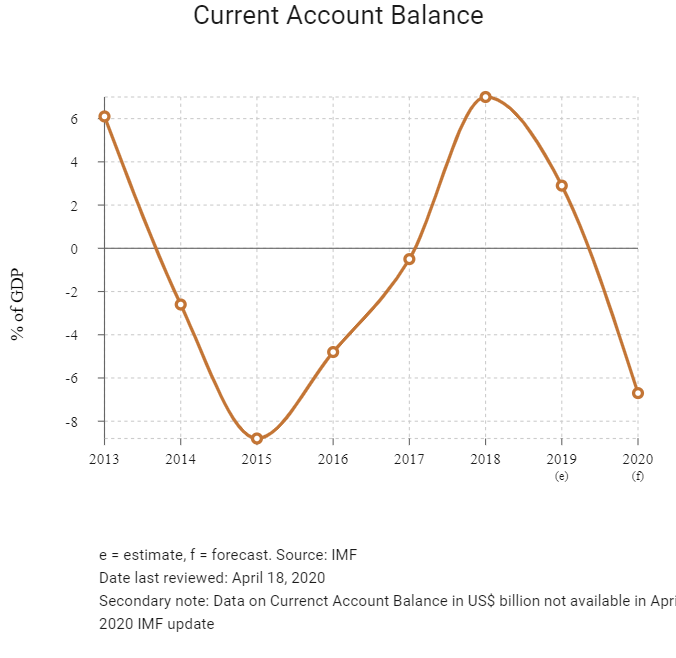 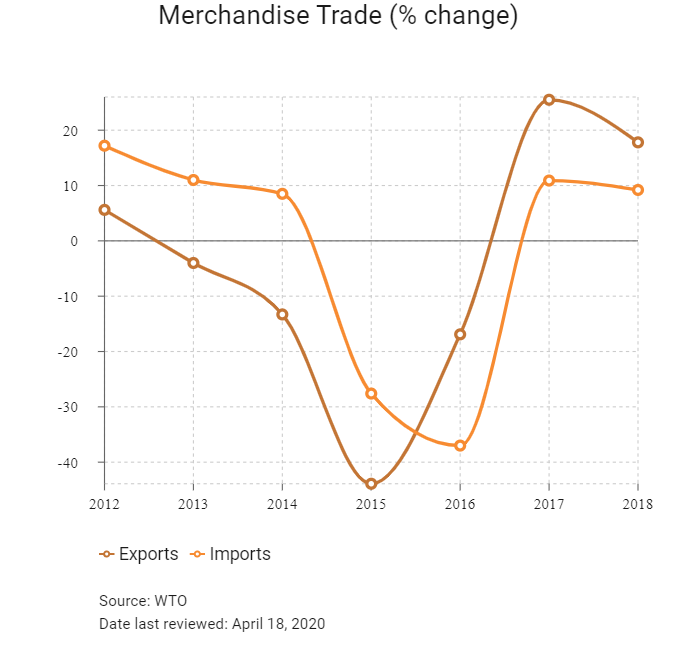 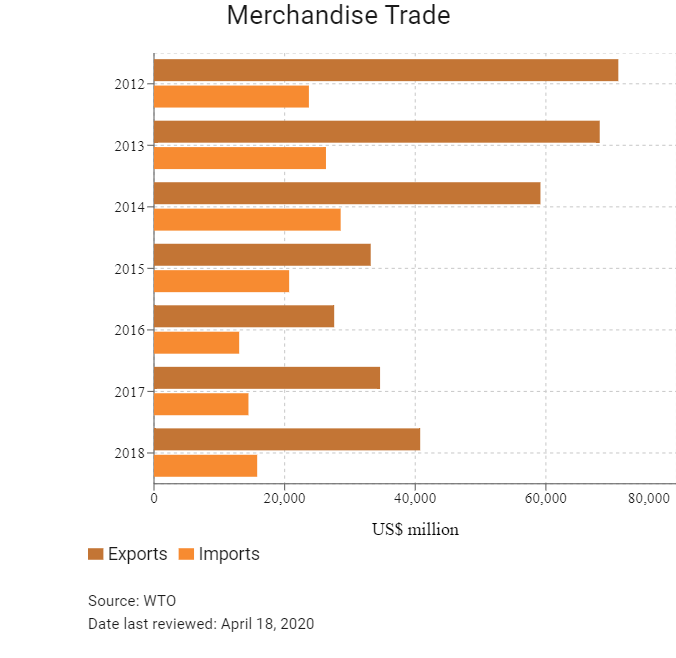 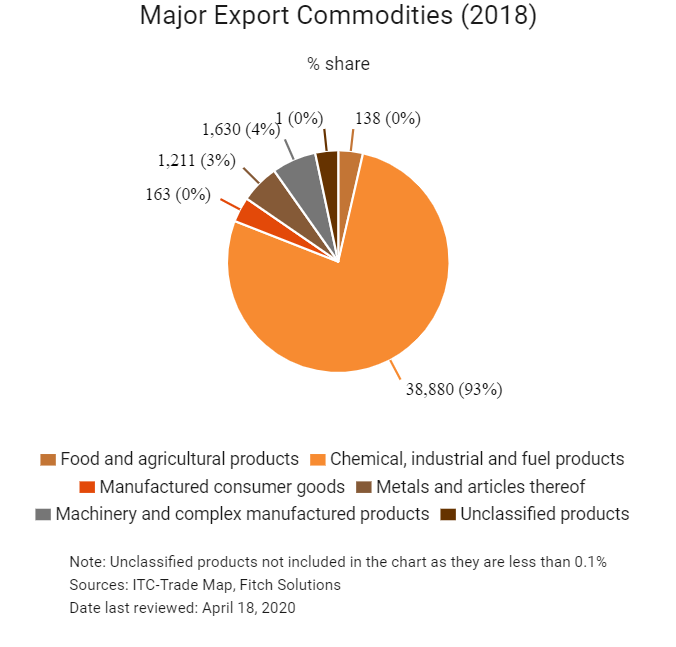 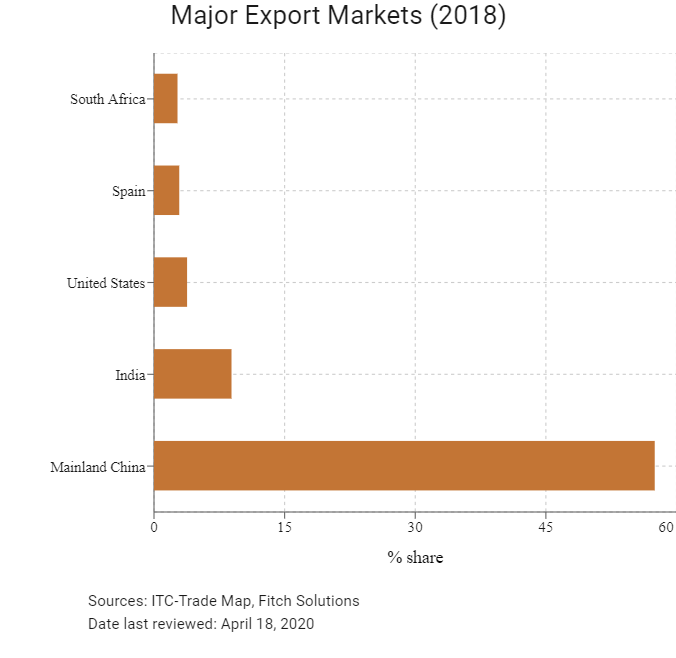 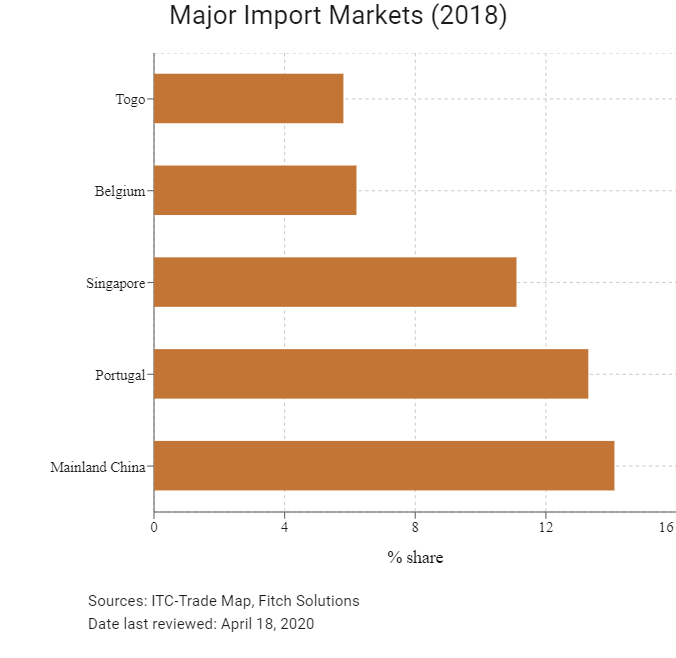 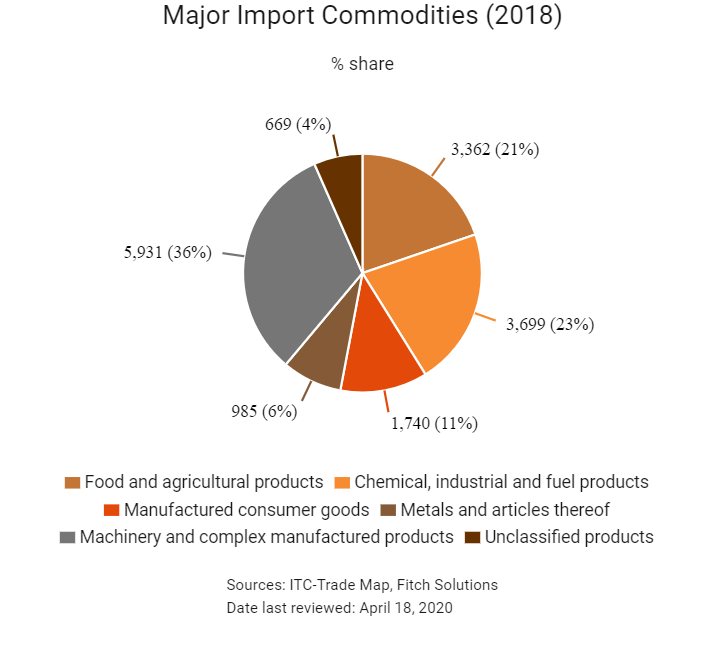 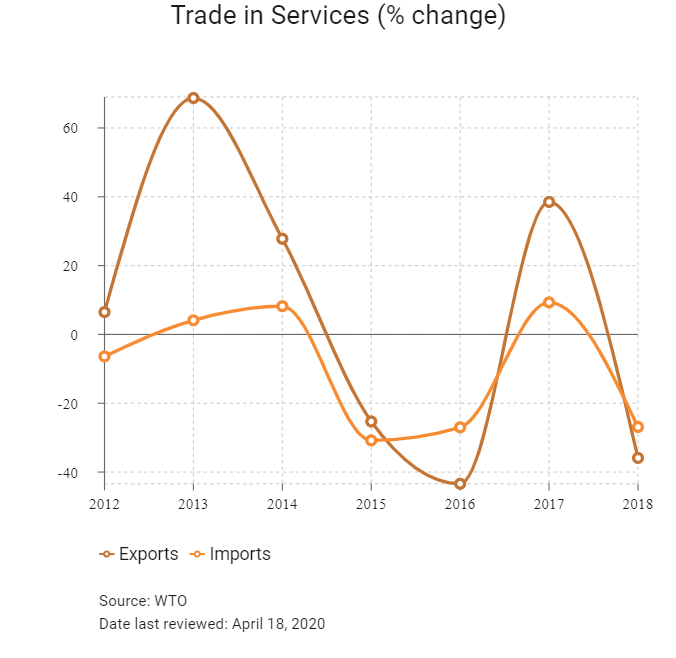 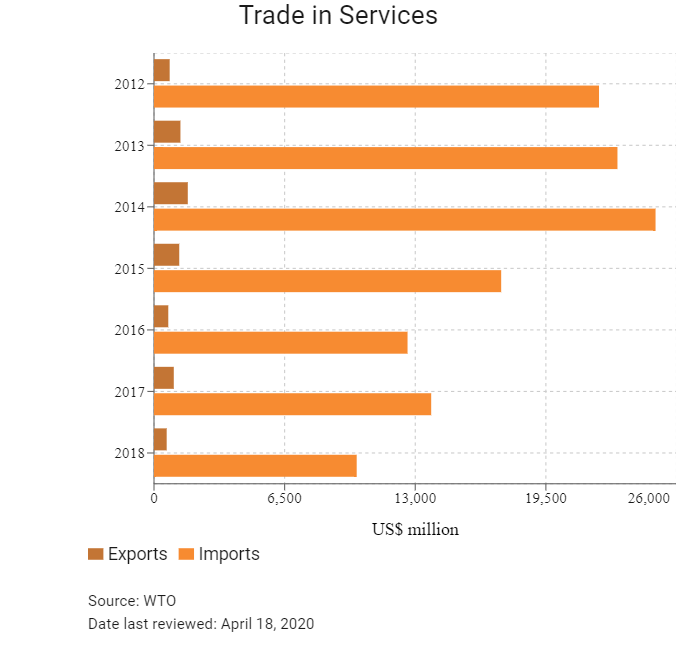 In September 2019, Angola and South Africa agreed to strengthen trade relations. In particular, the agreement looks to ensure the relationship with their business partners translates into a productive partnership that will enable the participation of small-, micro- and medium-sized enterprises and the transfer of specialised skills and technology. This strategy will help Angola diversify its economy and open up business opportunities for firms that operate in other non-oil sectors.

The SADC: At a regional level, Angola is a member of the SADC, but is not party to the SADC FTA which involves 12 out of the 15 member countries with the objective of reducing trade barriers among countries in the region. The country has been unwilling to join the SADC FTA due to the government's concern that such a union would limit the competitiveness of local industries by lowering trade tariffs. 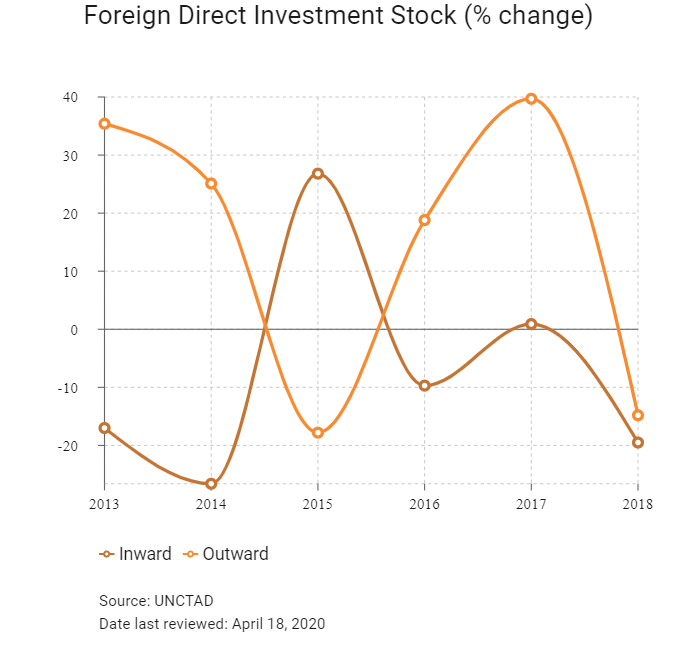 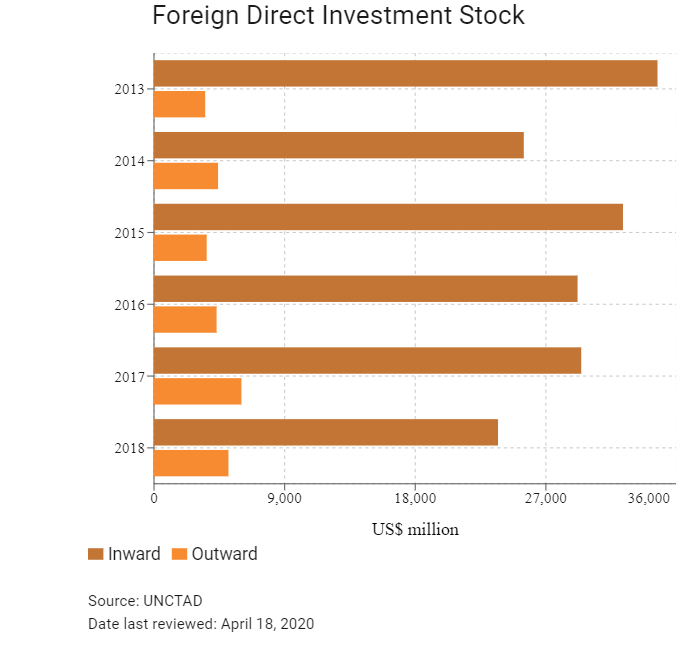 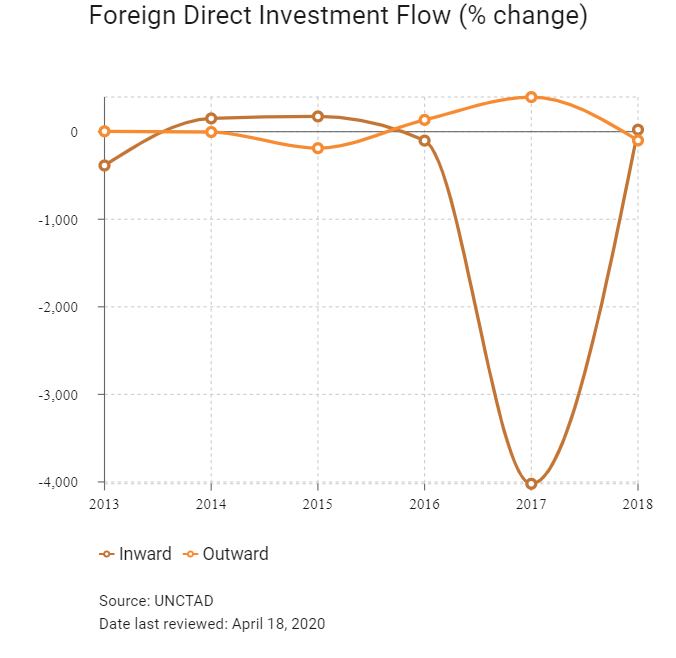 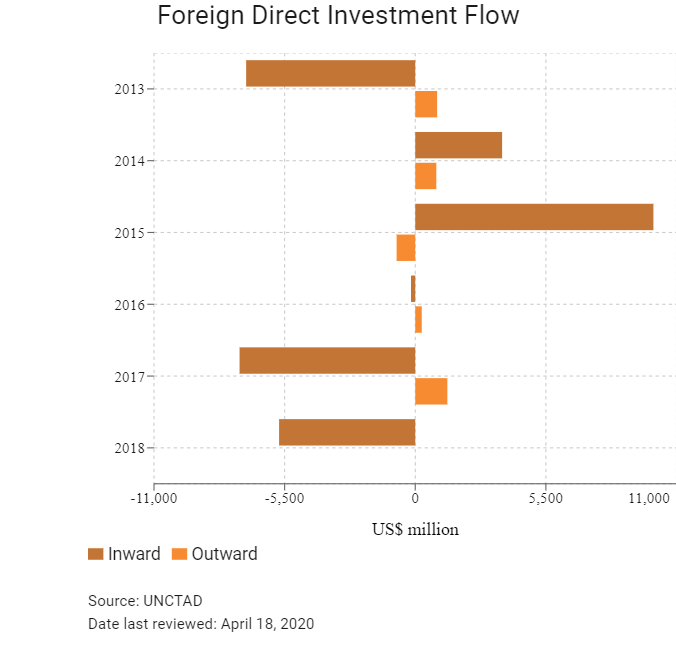 Taxes and Special Provisions Relating to the Oil and Gas Sector

Under the law, private investors should hire Angolan staff and provide professional training and ensure social and payment conditions, accordingly with their professional skill, without discrimination.

Under the 'Angolanisation' principle, at least 70% of the workforce at a company that employs more than five workers must be Angolan nationals and only 30% may be foreign non-residents (ie, expatriate) individuals.

The appropriate visa allowing a foreign national to undertake remunerated activities in Angola is the Work Visa. The Work Visa is granted for the duration of the employment contract and must be applied for at the Angolan Consulate or Embassy in the applicant's country of origin or residence.

In order to employ any non-resident foreign worker, the employee must meet the following main requirements: be of age, have a technical or scientific qualification, have physical and mental ability and not have any criminal record.

As of April 2017, some of these stringent visa requirements have been eased. Employers are now not limited in the time duration of the contracts that they negotiate with foreign employees, and can agree to pay employees in the foreign currency of their choice and provide incentives and allowances higher than 50% of the employee's base salary.

Various types of temporary visas may be granted to foreign nationals who intend to come to Angola. The type of visa depends on the reason and period of stay.

Residence permits are granted to foreign nationals that intend to establish residence in Angola, provided that they meet the requirements imposed by the Angolan law. The application for a residence permit may include spouses, underage children and any dependents of the applicant.

The following residence permits may be granted:

ECONOMIC RISK
The 2020 outlook for the economy is negative as both domestic activity and the external sector are likely to contract due to the impact of the Covid-19 pandemic. Exports should be particularly hard hit as plummeting global demand hampers oil prices. The oil sector still accounts for one-third of GDP and more than 90% of exports. Meanwhile, rising external and fiscal deficits, and mounting funding pressures threaten Angola's macroeconomic stability. While business-friendly reforms and external financing provide upside potential for investment inflows and economic growth in the long term, Angola remains highly vulnerable to external shocks that can weigh on growth prospects in the short-to-medium term.

OPERATIONAL RISK
Angola's economy is heavily dependent on hydrocarbons, with oil traditionally comprising over 40% of GDP, more than 70% of fiscal revenues and over 90% of merchandise export earnings. This has served the nation well during periods of rising commodity prices, but keeps Angola highly vulnerable to external price shocks. Businesses in Angola face a challenging operating environment over the short-to-medium term. Angola's recent economic challenges have been exacerbated by a decline in production in the economically important oil sector, foreign currency risks, structurally weaker global oil prices in 2020, the Covid-19 crisis and the impact of climate change on food security. Business operations face structural deficiencies in the country's logistics environment that will keep investment in non-oil sector activity significantly stymied by electricity, water and fuel shortages as reform and diversification efforts remain slow. Angola does, however, benefit from having a large and young pool of potential labour. 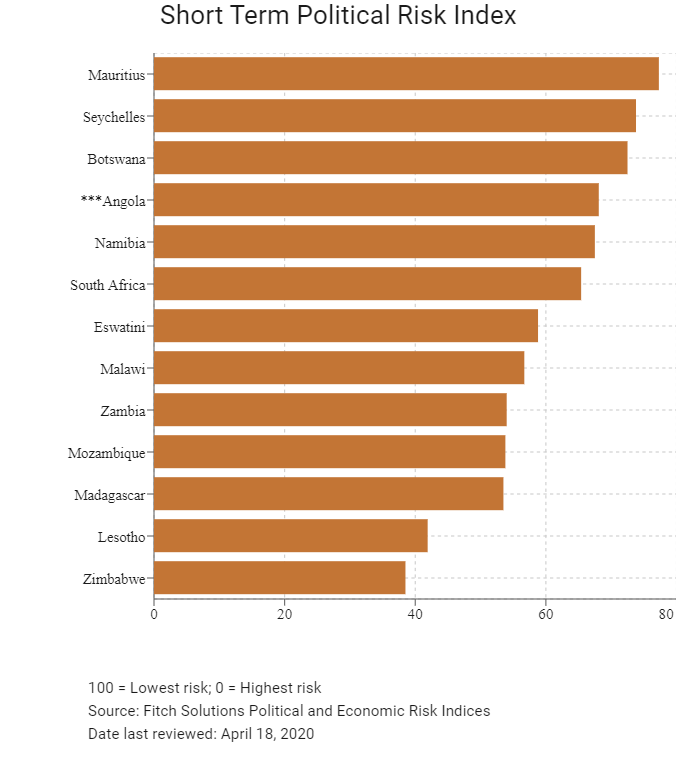 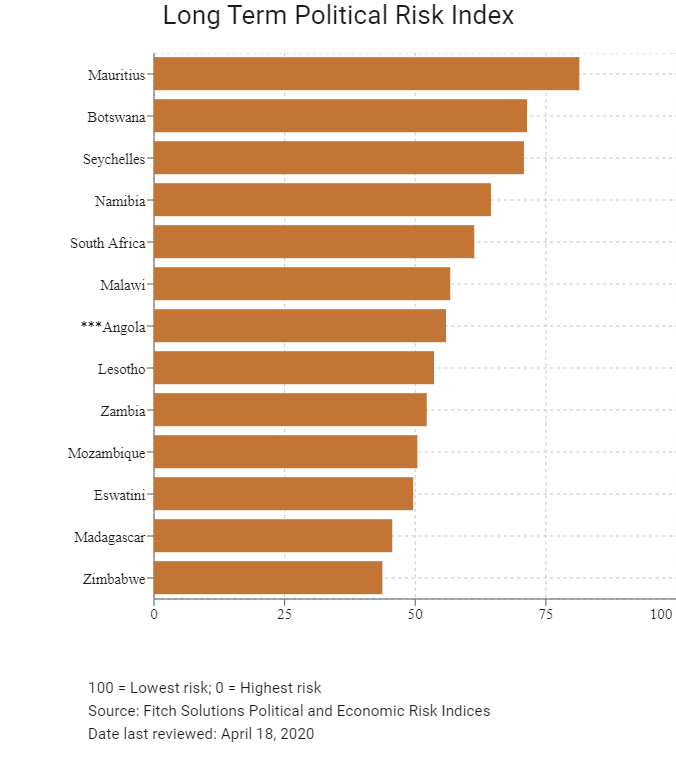 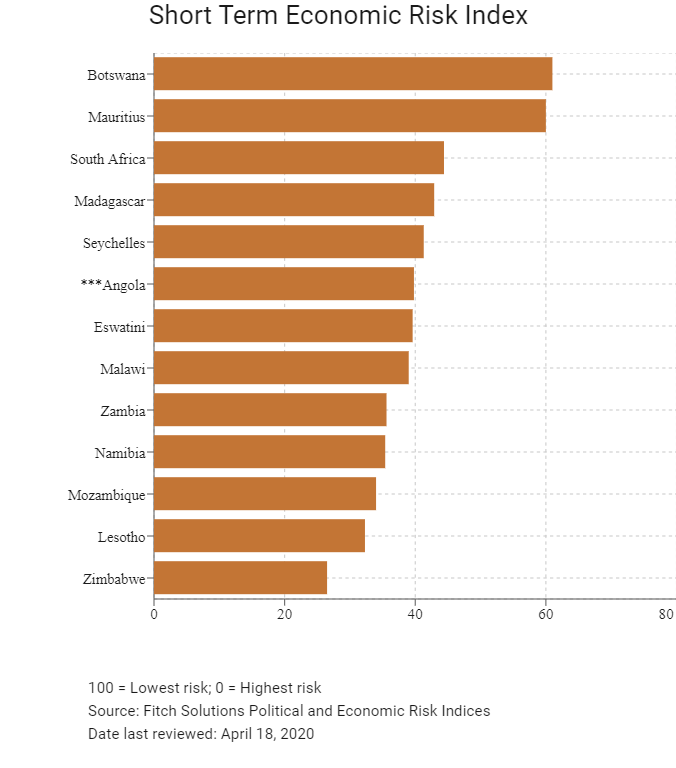 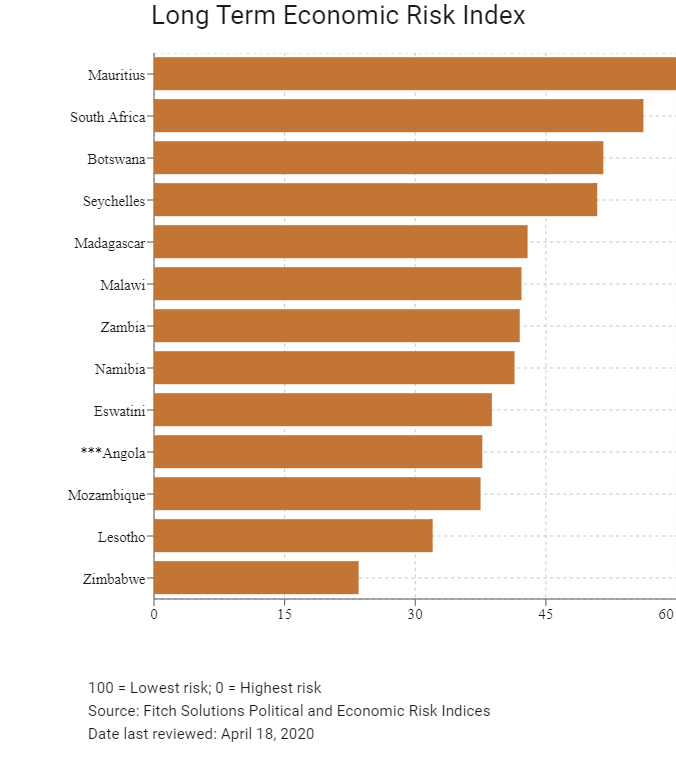 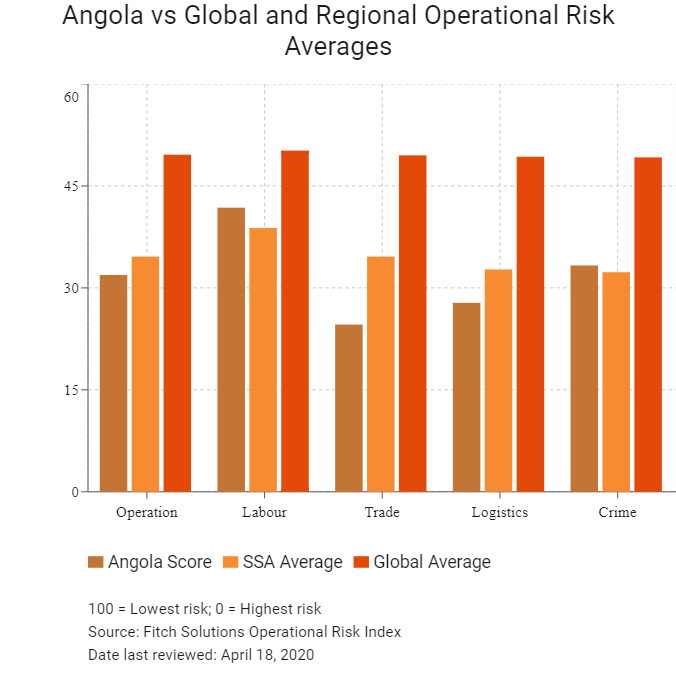 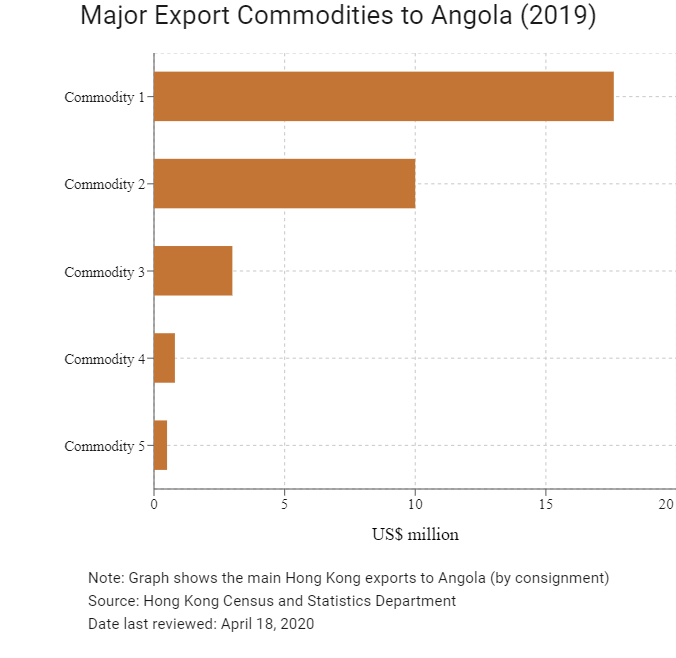 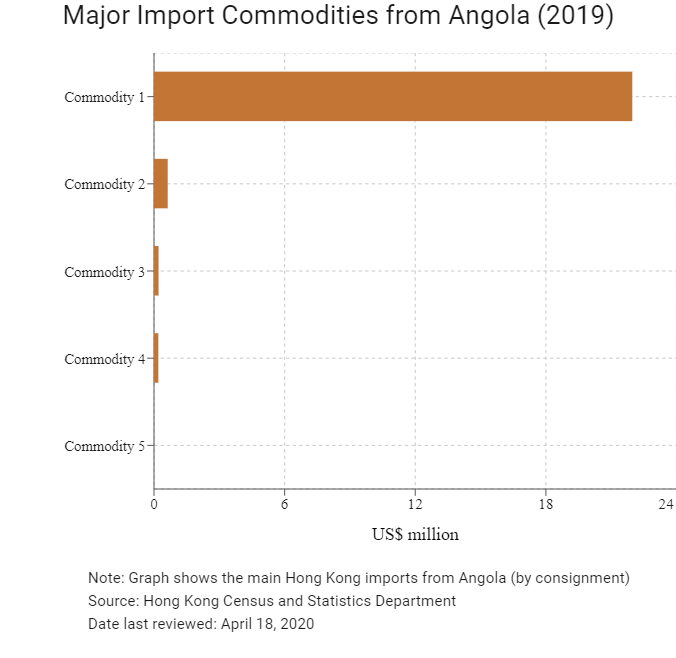 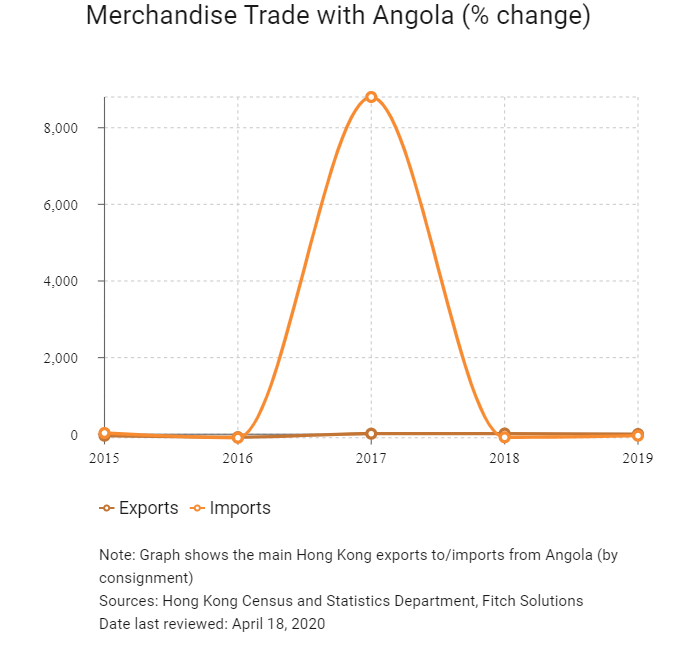 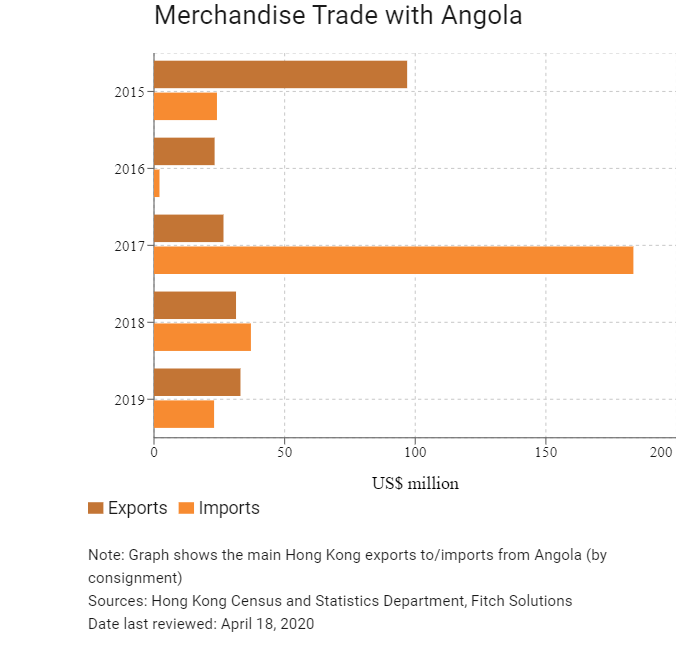 Treaties and Agreements between Hong Kong/China and Angola

In October 2018, under the witness of Mainland China's president, Xi Jinping, and Angolan president, João Lourenço, the administrator of State Administration of Taxation, Wang Jun, and the minister of Angola's Ministry of Finance, Archer Mangueira, signed a bilateral Agreement for the Elimination of Double Taxation with Respect to Taxes on Income and the Prevention of Tax Evasion and Avoidance and Protocol.

The agreement will provide tax certainty for cross-border taxpayers between two countries in avoiding double taxation and play a positive role in further pushing forward the bilateral economic cooperation and exchanges of capital, technology and personnel.

Source: State Administration of Taxation of The People's Republic of China

An Angola tourist visa is required for HKSAR passport holders. All applicants must apply in person at the nearest Embassy of Angola. It is important to note that the Angolan embassy only accepts lodgings on a Monday and Tuesday and only allows collections on a Wednesday and Thursday.